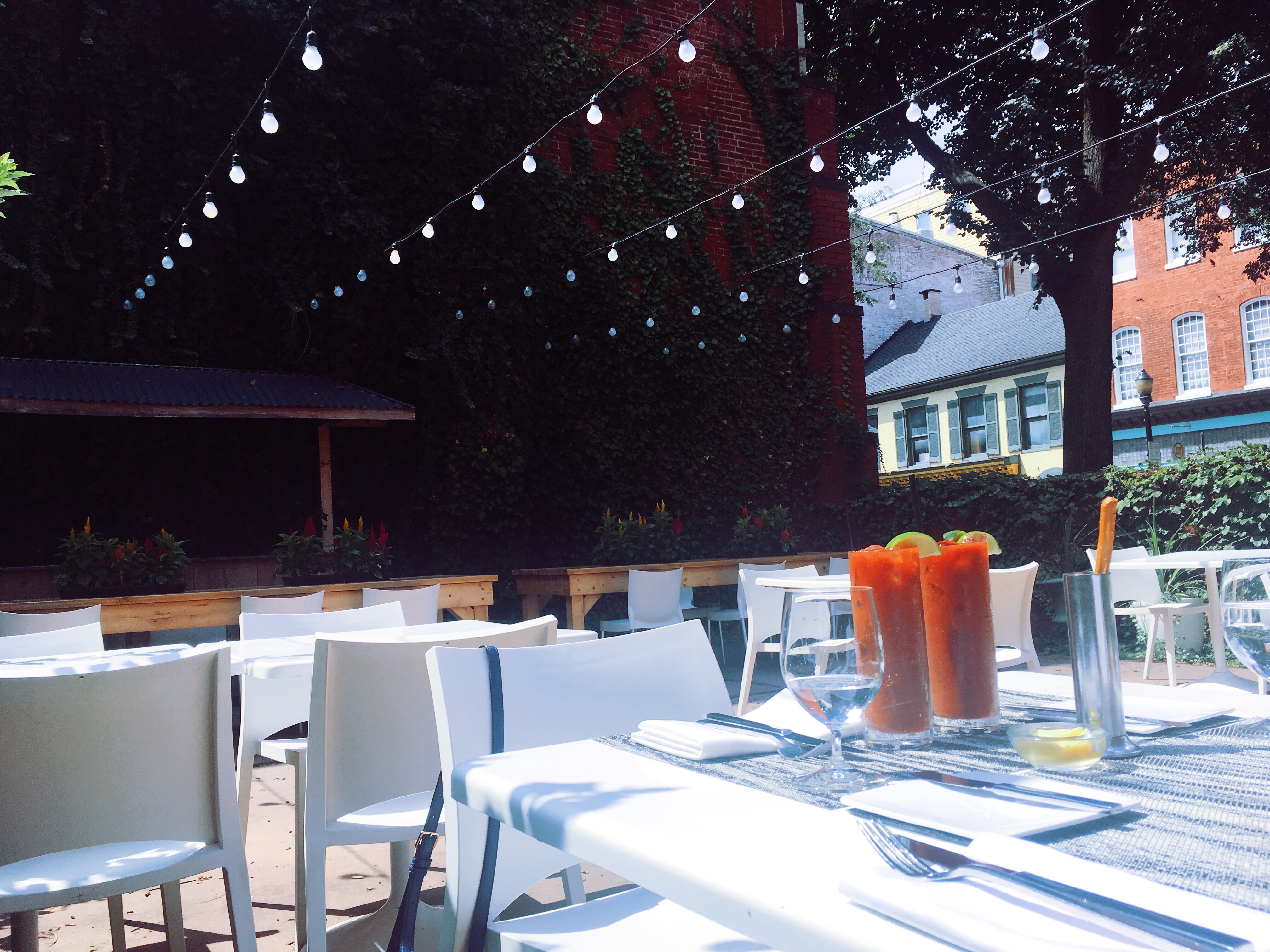 25 Aug Where You Should Be Drinking in Frederick MD: Volt

We’re on our third summer in DC, and we’re starting to get the hang of it. The city empties out on weekends, as people seek some relief from the steamy, sweltering bowl of humidity that is DC in summer. It took us awhile to notice it, and to understand just how good an idea it is, but we’re catching up. Last weekend, we escaped to Frederick, MD, about an hour northwest of the District. We got a preview of Frederick the first weekend after we moved to Washington, when friends got married at a lovely farm in the rolling hills just outside of town. The morning after the wedding, we caught a glimpse of downtown at a post-wedding brunch. We remembered it looking cute, and thought we’d explore further.

It is. There are a few signs that Frederick may have had some harder times not too distant in memory, but it’s cleaned up quite nicely. It’s the perfect small town downtown for a pleasant little stroll. With its housewares stores and art galleries, it reminds us of the beach towns we’re more familiar with on Cape Cod or in southern Maine, just with a little less taffy and a lot less water. If you’re looking for a low-key, half-day escape from DC, we recommend a drive out to Frederick.

And if you go to Frederick, we highly recommend brunch at Volt. The inside is quite swanky, and we were the only ones seated on their spacious patio; so at first we wondered what we had gotten ourselves into. Our anxieties were immediately and completely quelled when the food arrived. It started with the day’s fresh rolls and biscuits, still warm from the oven; our days flavors were cheddar & chive and bacon & sage. The portions for the entrees were on the smaller side, but were so rich and delicious that we didn’t need or want a single bite more. Our favorite dish was their take on Eggs Benedict, served on a waffle instead of an English muffin, with a perfectly tart and slightly spicy Hollandaise sauce. 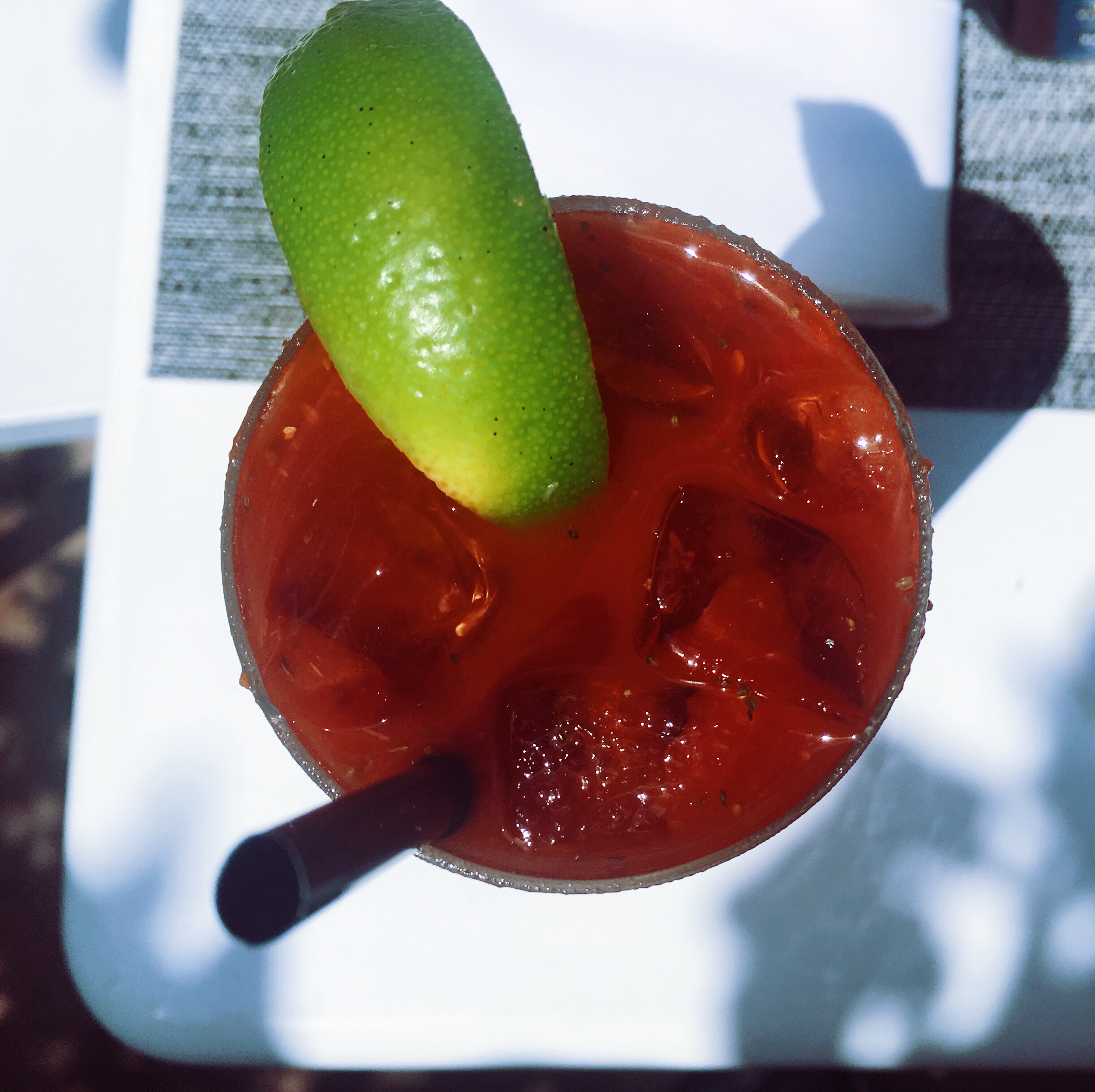 Virgin Mary: the same without the vodka

We’ve frequently mentioned that we consider every brunch one more stage on our search for the perfect Bloody Mary. We’ve added a new item to our brunch search, the Virgin Mary–by which we mean not the Mother of our Lord, but a Bloody Mary without vodka. You may be wondering why anyone would voluntarily omit the vodka from their Mary. Well, we have an announcement to make: one of us (we’ll let you figure out which one) is pregnant. That’s left one of us doing all of the cocktail tasting, and the other looking for suitably interesting non-alcoholic alternatives. It’s been mostly a fruitless search, but the Virgin Mary seemed to us to have some potential. Even without the vodka, it’s a substantial drink, with a sweet and sour balance, and with fruity, spicy, and savory flavors. That’s fairly complicated for a virgin.

The execution on Virgin Marys has thus far been uneven, though. Sometimes, they replace the vodka with water, leaving the drink a little thin. Even worse, one place didn’t dilute the Bloody mix at all, leaving the spices and hot sauce far too intense. Volt instead made the simple, obvious, and entirely effective move of diluting with more tomato juice. We don’t imagine it being a permanent replacement for a Mary of the Bloody style, but it went well with brunch.

The Bloody, by the way, was not the best we’ve ever had, but it was quite nice. It’s best feature was balance. The vodka, tomato juice, citrus, and spice made for a harmonious whole rather than fighting one another for attention.

They’ll steer you toward the three-course fixed price brunch, but we’re glad we went a la carte. Our entrees with the bread–oh, and an order of donuts for our dessert–was more than sufficient. 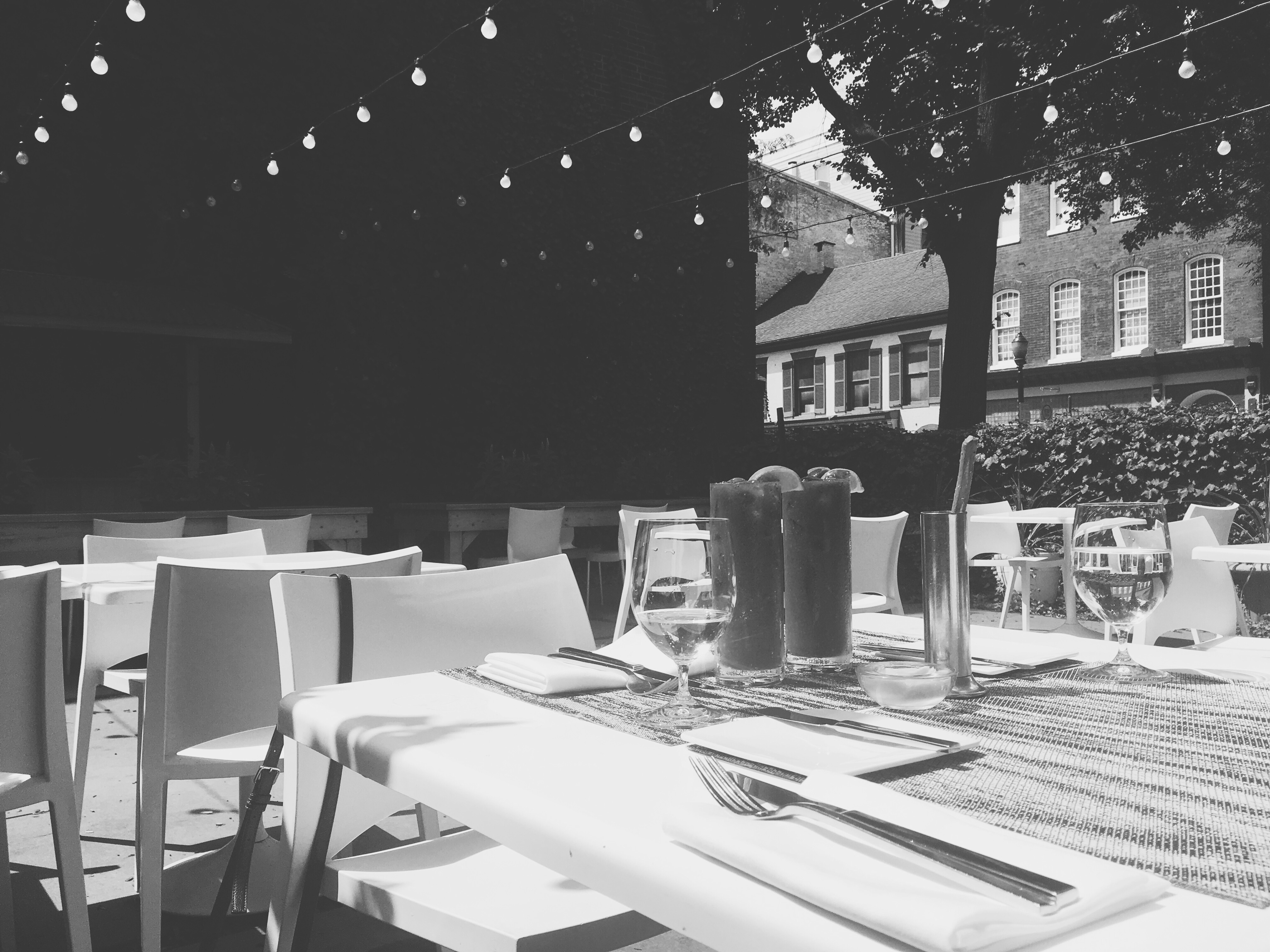 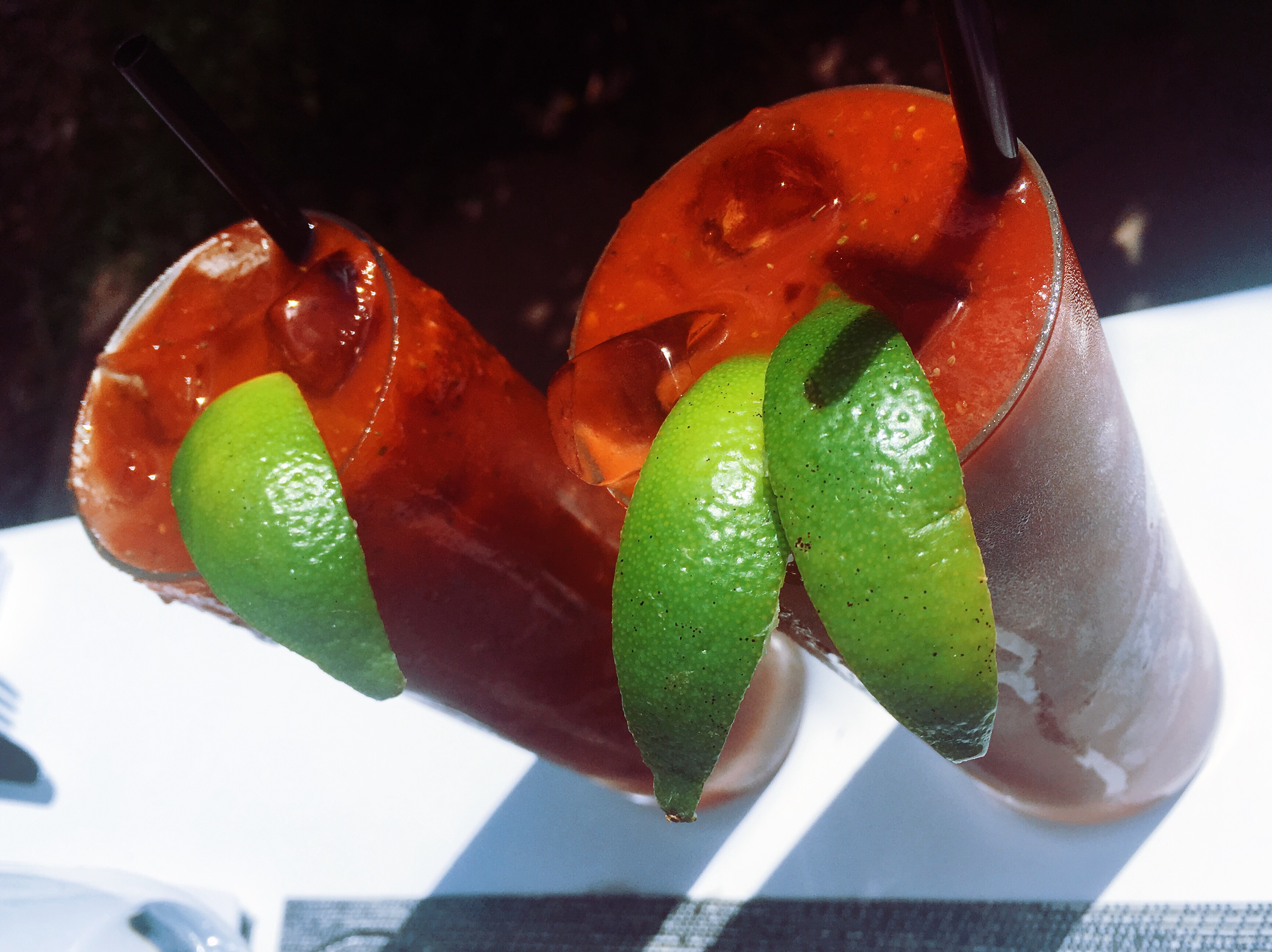 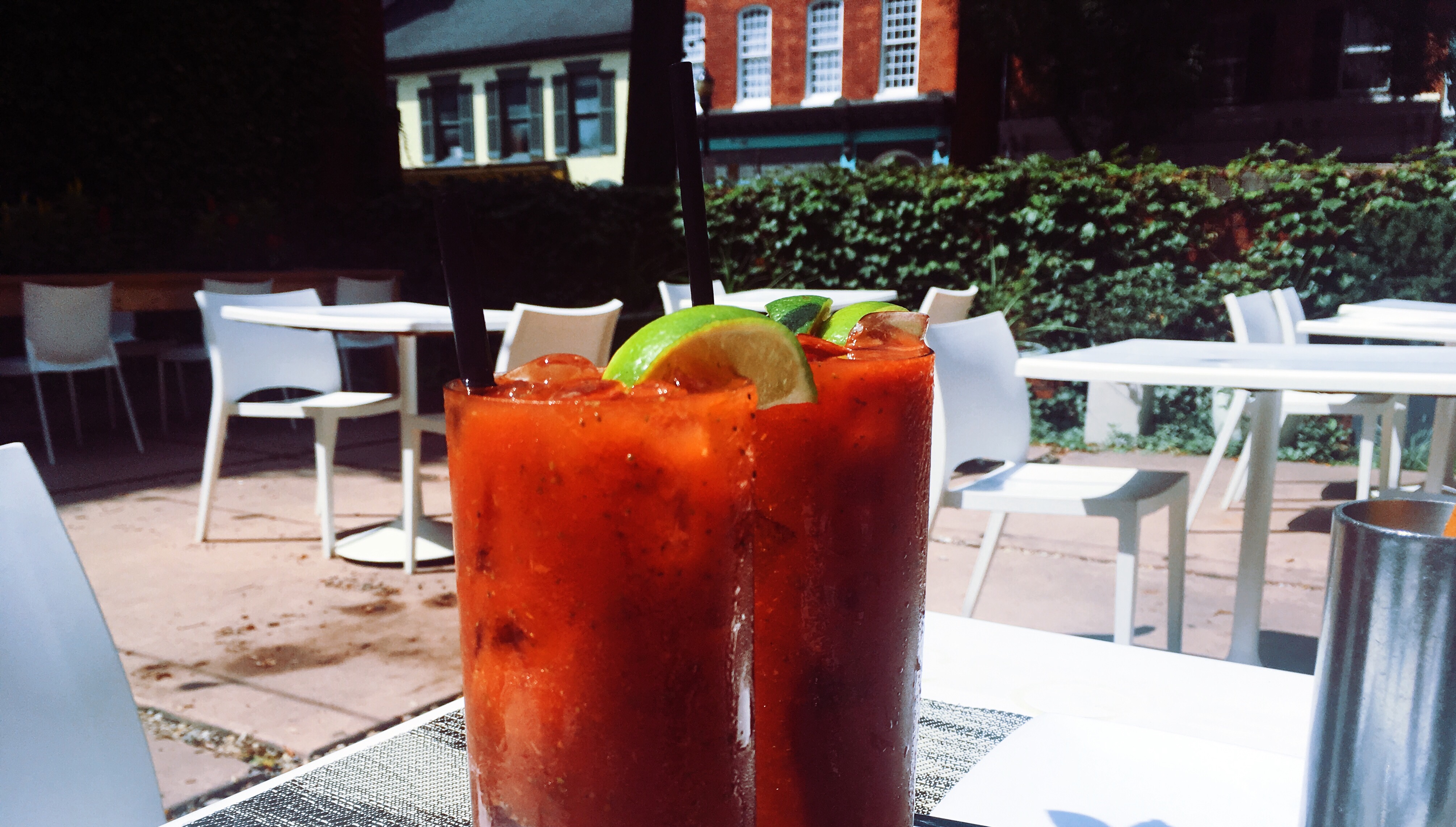 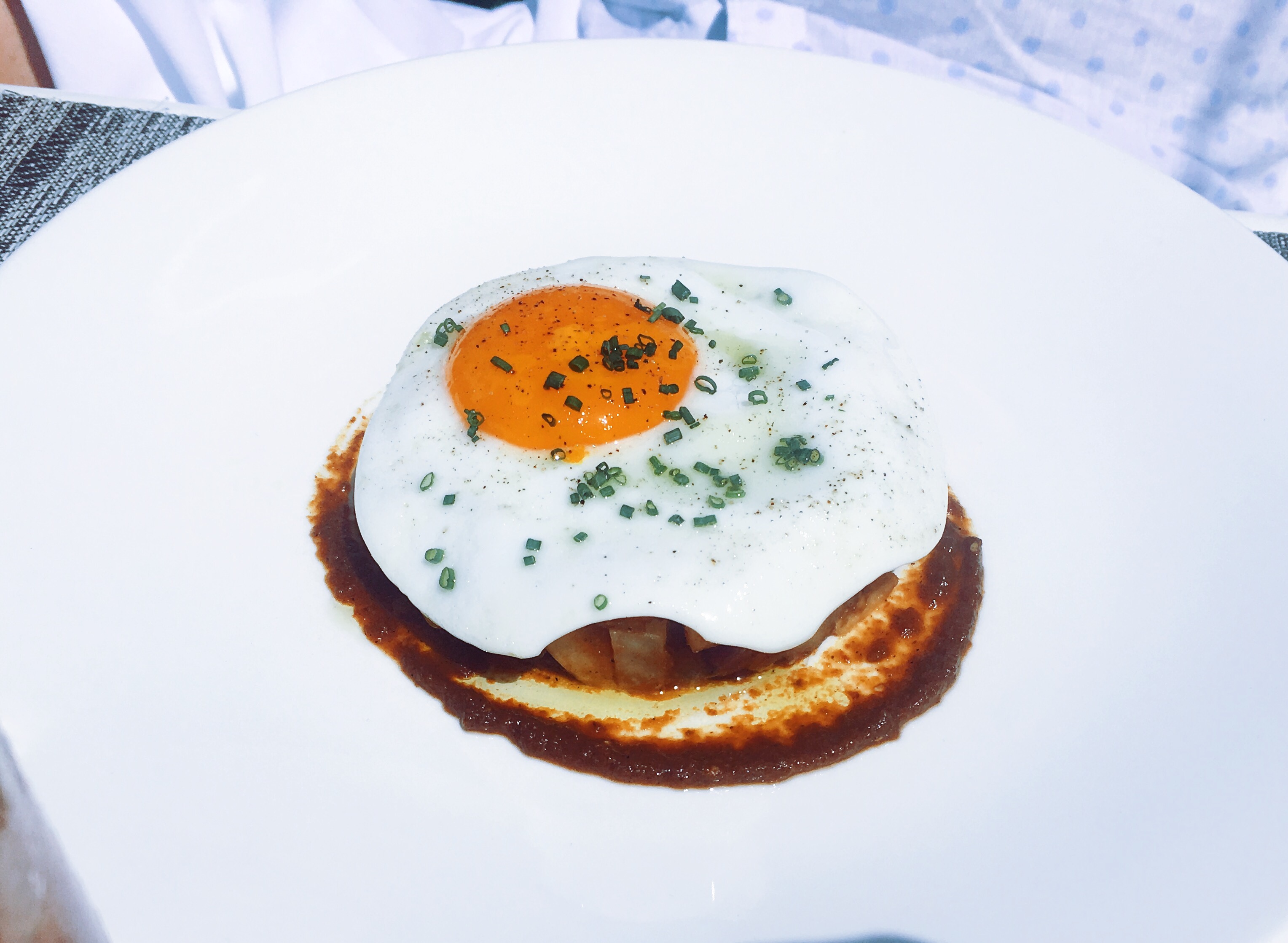 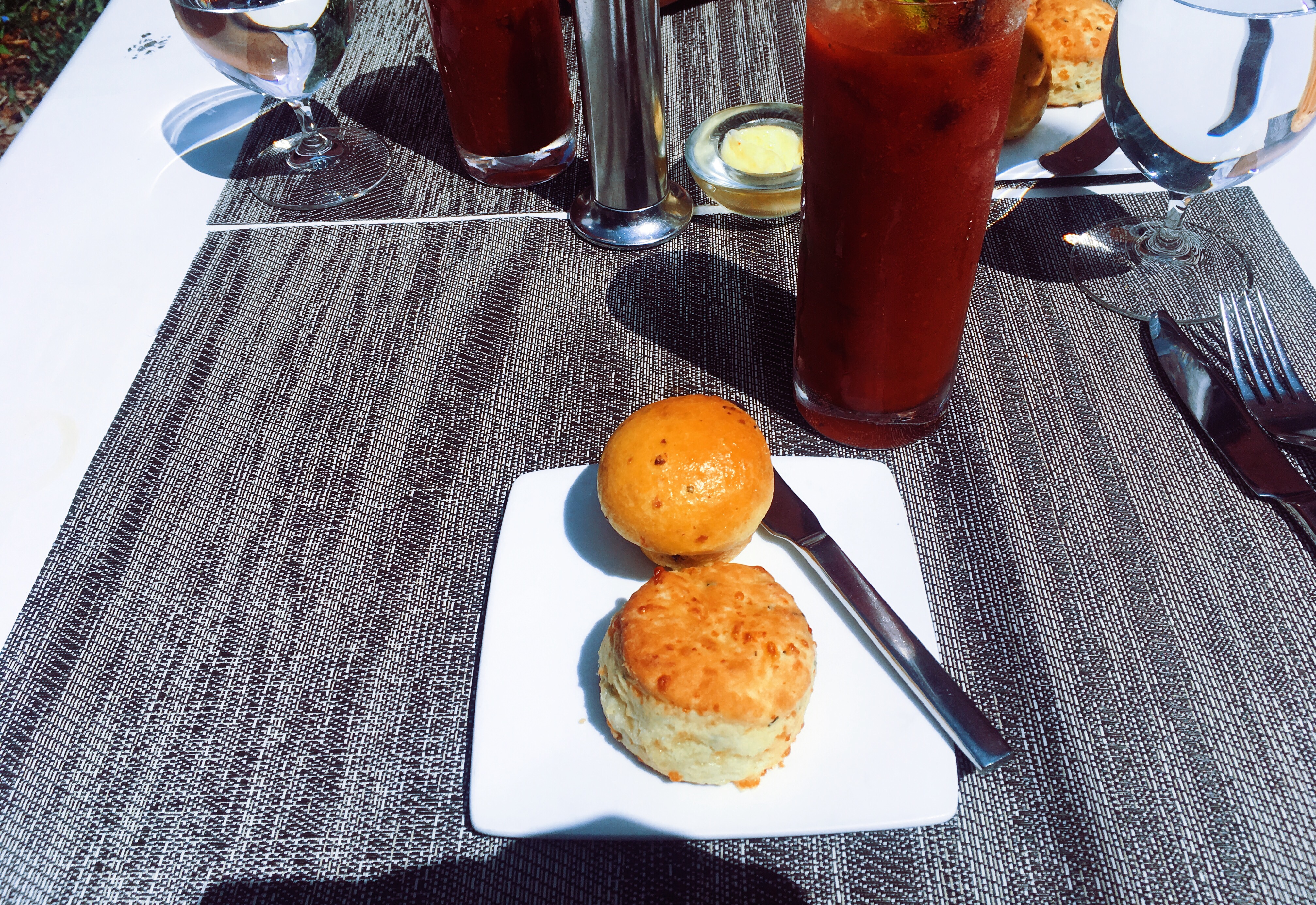 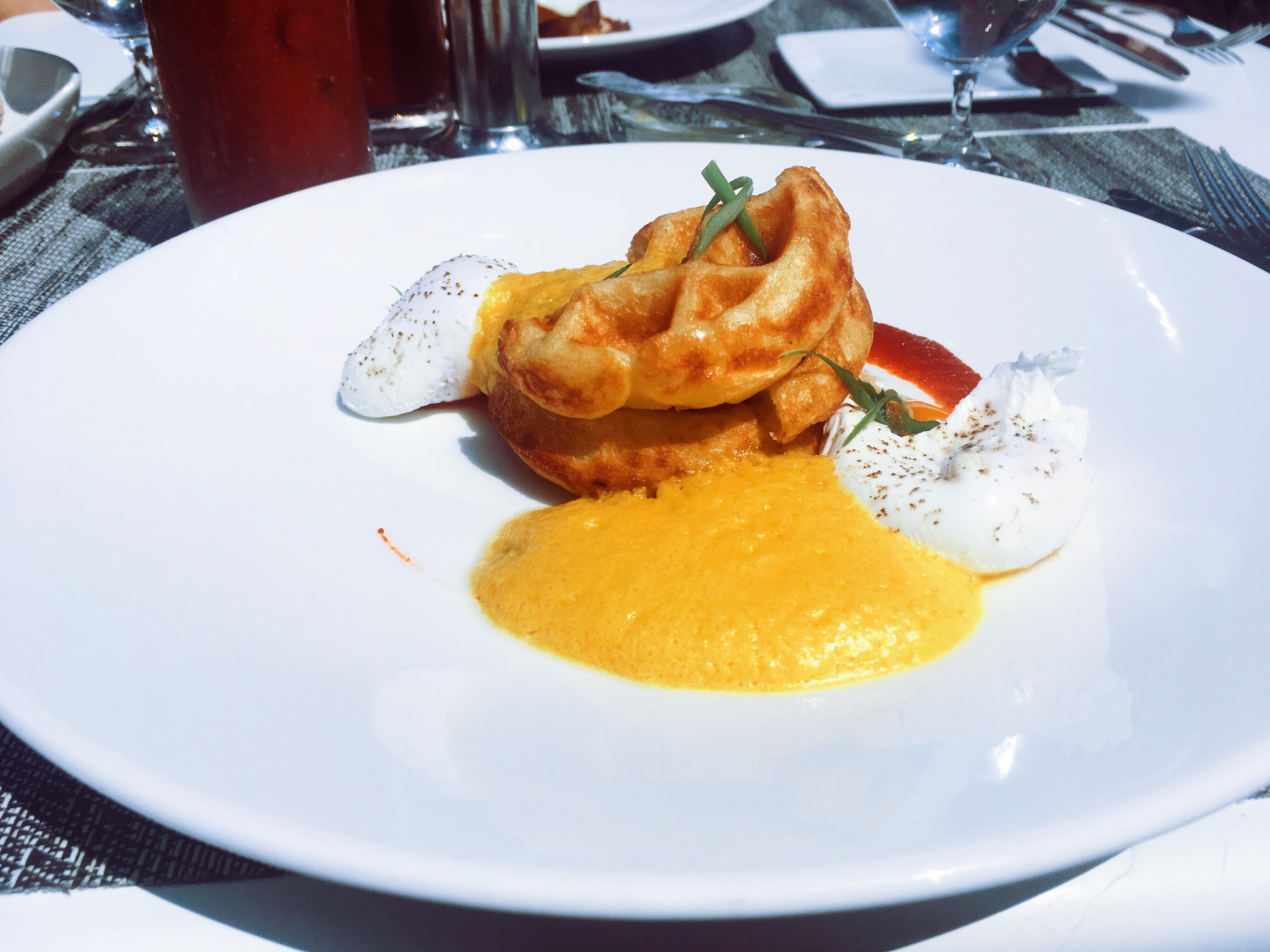 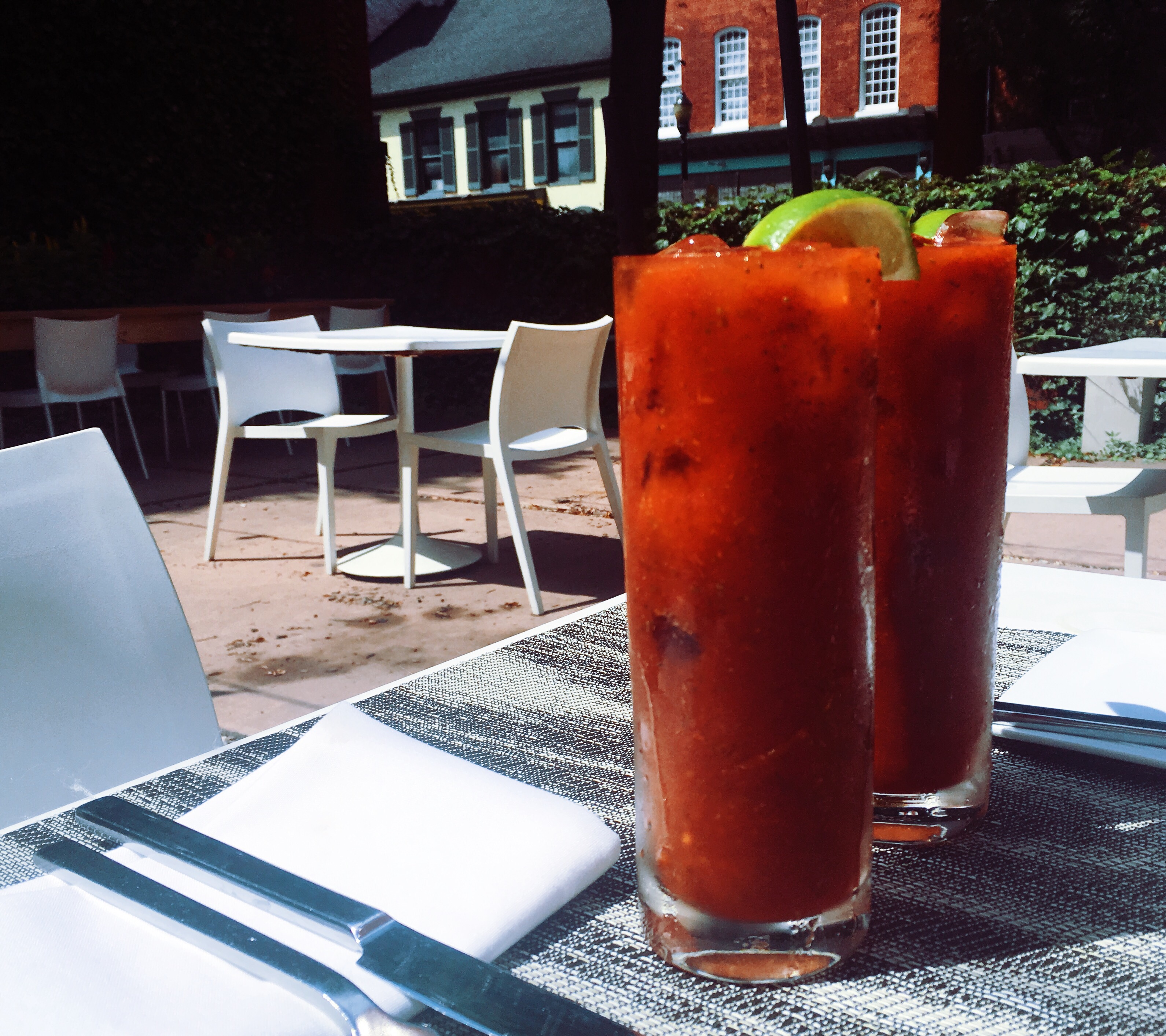