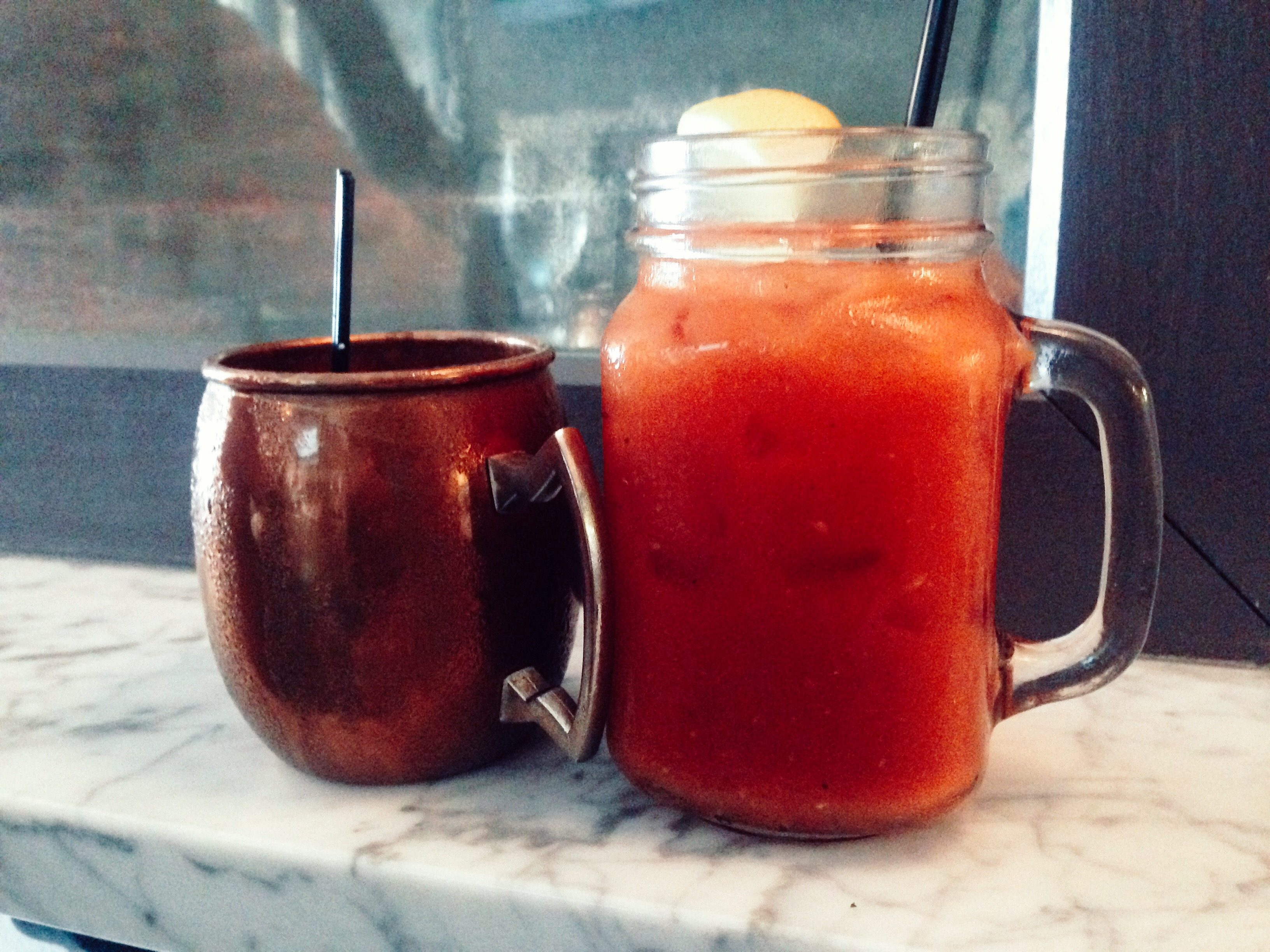 Where We’ve Been Drinking: Bearnaise for Brunch

We love brunch. I know, who doesn’t? But we love brunch in the way that only late converts can. Until recently, both of us worked on Sundays. When we shifted to a more standard Monday through Friday work week, we thought we’d try out this meal that everyone talks about but we’d never had the opportunity to experience. As the rest of you already knew, we discovered that it’s utterly charming. The concept is as simple as it is irresistible: take breakfast, make it a little later, and add cocktails. We couldn’t resist. For a long string of Sundays, our only non-negotiable was that it had to include brunch. At some point recently, we fell out of our brunch habit. This past Sunday, we thought it was high time to get back on board. We were also in a mood to reminisce about last month’s trip to France; so we made our way to Bearnaise, a French place in our neighborhood.

There was a lot to enjoy about our renewed acquaintance with brunch. The food was good, particularly the decadent creme brulee French toast. The drinks were also quite good. And the life-sized, wall-filling photo of French waiters racing with bottles of French liqueur on serving platters felt like it was hung there just for our benefit.

Our one complaint was that the music and general atmosphere of the place were more Saturday night than Sunday morning. It was a little too frenetic when what we really wanted was a relaxing extension of a quiet morning. Steph’s been there before, though, and didn’t have the same experience then; so maybe it was just an anomalous bad match of our mood with the restaurant’s.  We’ll have to go back again soon to find out. 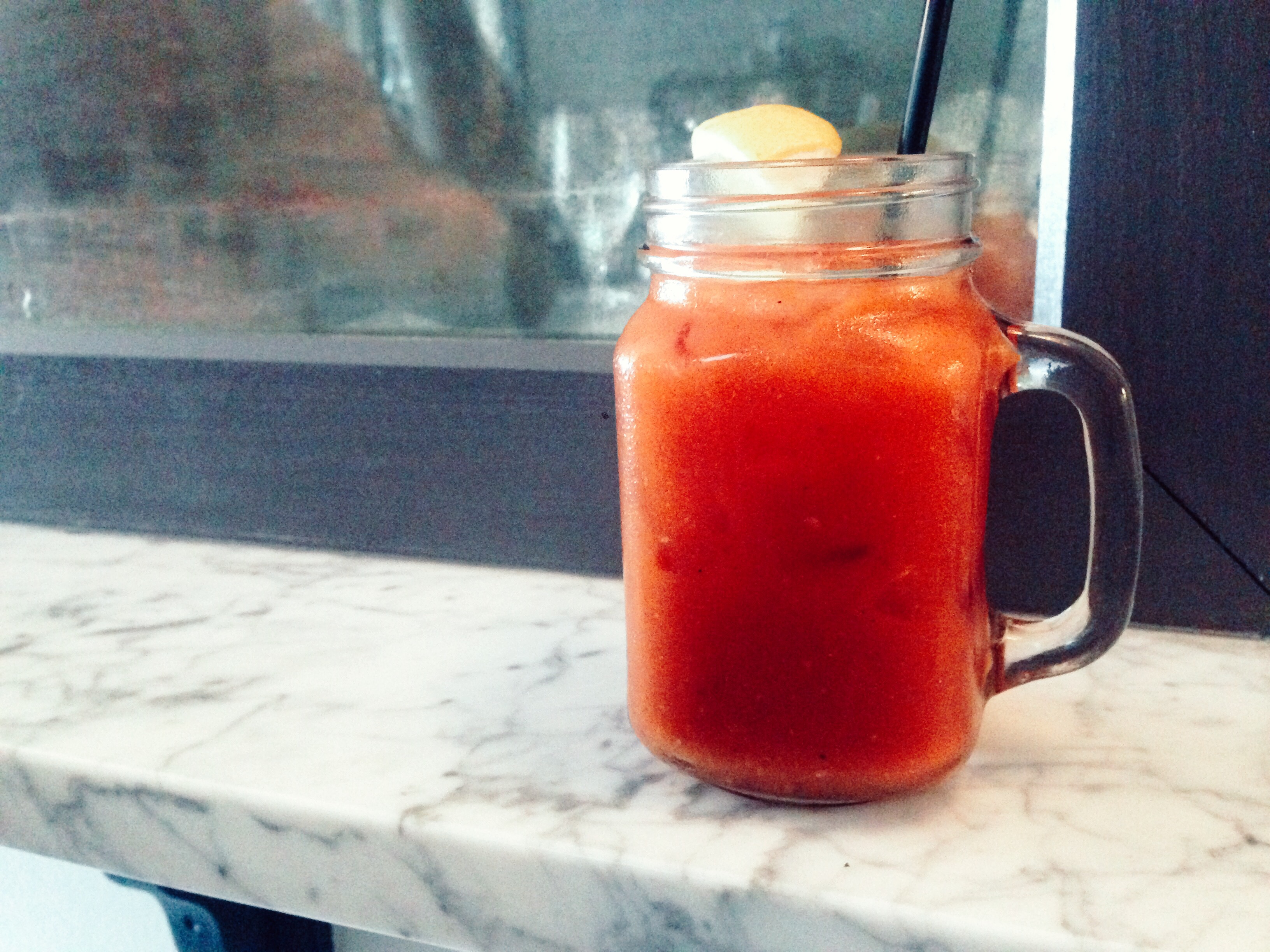 Our Bloody Mary was missing the Old Bay rim. We’d say that we felt mildly cheated, but we actually didn’t even notice it while we were drinking. Instead, we simply enjoyed the wonderful balance of spicy, sweet, and alcohol bite. Sometimes, Bloody Marys are too juicy for us. Sometimes, the spice is a little too assertive. Sometimes, the vodka comes out too strong. This one was just right. And the Bloody wasn’t even our favorite of the two.

The Bardot Sling was a wonderfully light and refreshing variant on the Moscow Mule. It’s like the volume of the drink was turned down to the exact degree that the music pumping through the restaurant’s speakers was turned up. We loved the substitution of a ginger shrub for the usual ginger beer; the ginger flavor was still very much present, but more subtle, and the shrub’s vinegar kept the sourness of the typical lime juice while removing the tartness. Using orange instead of lime contributed to the overall softer effect. It was such a great use of a mule cup that it started us musing about buying a set.

The Bardot Sling seems to be a recipe that Bearnaise continues to experiment with. We found three slightly different listings of ingredients: two on the same brunch menu, and one online. One of them calls for only orange bitters, one for orange bitters and a flaming orange (which sounds exciting), and one for no bitters but a muddled orange peel. This felt like an invitation to do our own experimenting. We went with both orange bitters and an orange peel. And, because of our aversion to flavored vodkas, we went with a straight vodka with added lemon peels, instead of citron vodka. 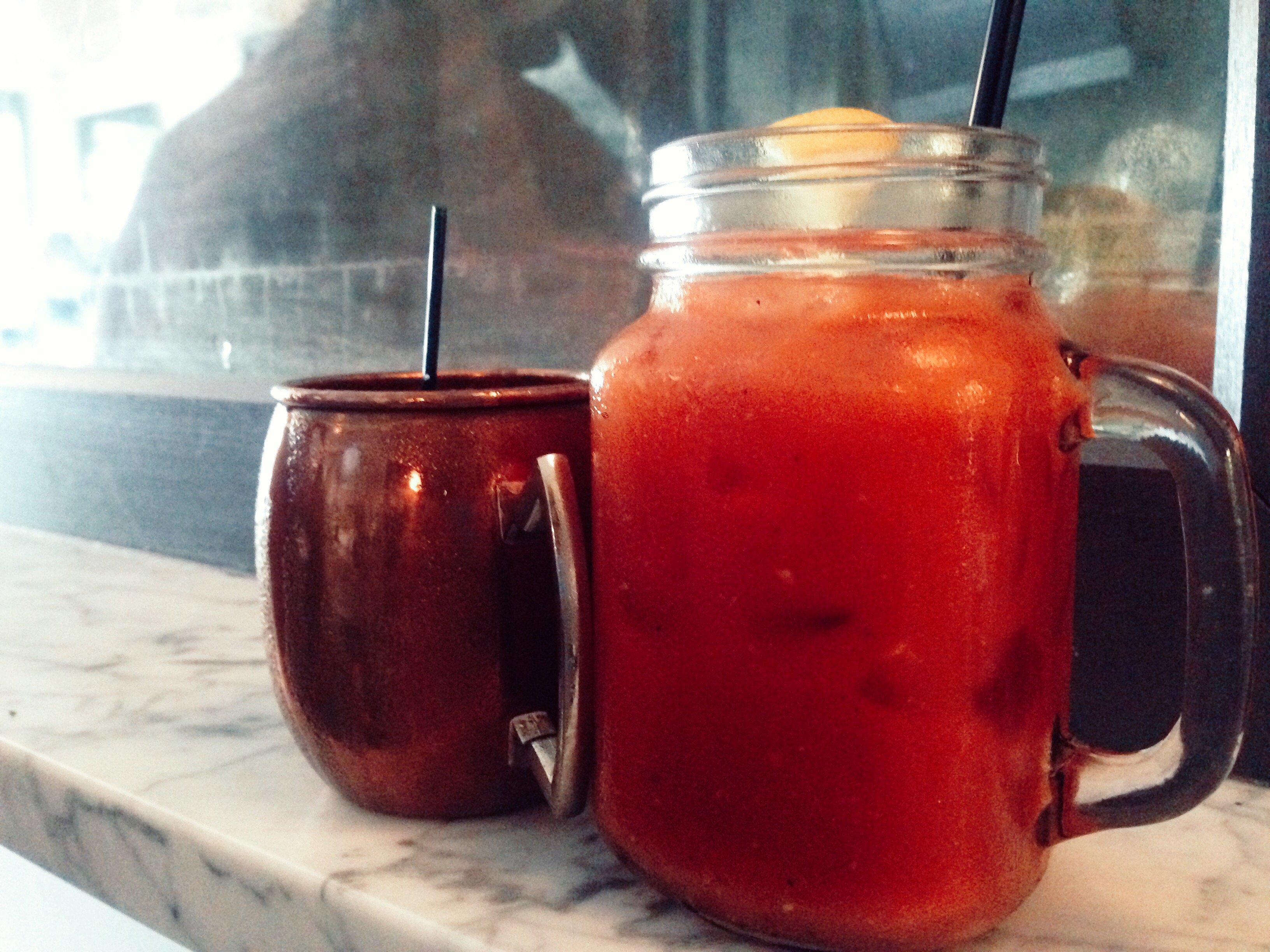 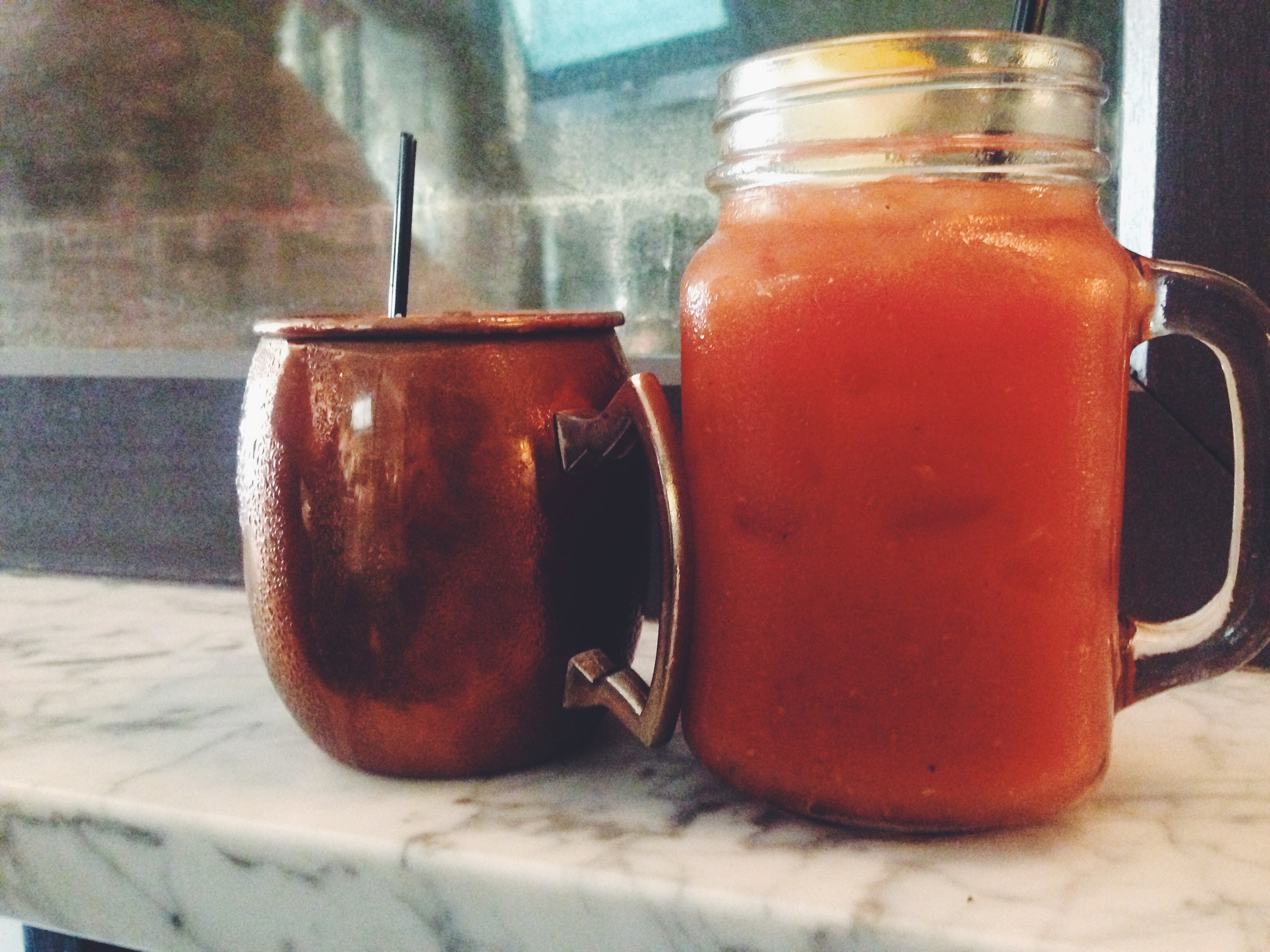