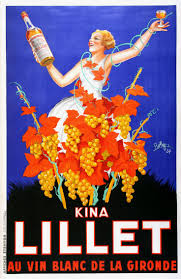 Thus far in our vermouth tournament, we’ve tasted cheap dry ones, cheap sweet ones, and more expensive white ones. Having proclaimed Cocchi Americano the champion on the dry side of our vermouth bracket, and having finally consumed or given away the contenders from the inexpensive sweet quarter, it’s now time for us to move on to top shelf sweet vermouths. You can also feel free to skip ahead to the overall championships.

Let me introduce you to the contestants:

As I mentioned in the Top Shelf Whites post, Lillet is not technically a vermouth; but as a cousin to vermouth which serves much the same function in a cocktail, I thought it appropriate to allow it to compete. The small bottle is Carpano Antica, the oldest and priciest vermouth in our entire contest; the half-bottle, at $15.99, cost more than the full bottle of Dolin. Carpano Antica is quite famous and well-regarded; so I really wanted to try it. But I couldn’t really bring myself to shell out for the full bottle until I knew how it compared. Good thing too. Here’s how the four fared in our taste test:

I mentioned in the Top Shelf White post that money mattered with the whites. Less so with the reds. Our favorite, Dolin, was the cheapest among the Top Shelf reds; and the expensive old guy Carpano was our least favorite. That’s not to say that Carpano was by any means bad. In fact, we genuinely enjoyed every single sweet vermouth we tasted, cheap to expensive. We simply enjoyed Dolin most.

Here’s what we’d say about these four tasty beverages: