We named last year’s Super Bowl drink ‘Next Year,’ by which we meant, ‘Next year, the New England Patriots will be back in the Super Bowl.’ And, what do you know, here we are. We know, most of you hate the Patriots and their unparalleled run of playoff success, but we’re going to enjoy this for as long as we can.

So, we’re prepping for the big party. Of course, our mind always goes to the question of what mixed drink to serve. The Super Bowl’s a tricky one. With the game, the commercials, and the half-time show guaranteeing among them that you want to give the TV unbroken attention, there’s really no space for the mixing of cocktails. Plus, you want a drink that’s convivial, easy, and that you can keep drinking for a long time. And it has to taste good with wings. All of that led us to a punch: easy to make and to drink? Yep; communal instead of individual? Check; low in alcohol by volume? Yes, it is; taste good with wings? Sure, why not.

One of the things we learned from David Wondrich’s lecture on the history of rye is that, to a surprising degree, the colonization of North America was the search for a good alternative to French wine. The British loved French wine but hated the French; they were hoping that the New World would give them a place to make their own wine, freeing them from their dependence on their rival. Those early attempts at American wine didn’t work out, but all of the colonies ended up finding their own alcoholic alternatives. In Pennsylvania and Maryland, it was rye. Georgia had peach brandy. New England made rum. With Atlanta and New England playing one another in the Super Bowl, we decided to mix a punch that does homage to their colonial distilling roots.

As we’ve mentioned many times, distilling in the US was pretty much killed off by Prohibition. With local distilling not resuming after Prohibition’s end, we spent about seventy years completely cut off from these colonial distilling traditions. Most people don’t even know New England was a rum producing center, thinking of rum as a purely Caribbean affair; they don’t even know that peach brandy is a thing. A new wave of local distillers is trying to change this. We have, for instance, Old Ipswich Rum on Massachusetts’ North Shore making modern versions of colonial rum.

For Punch LI, we used their Tavern Style, a rum aged rather like a whiskey, in new, charred oak barrels. Georgia is a little behind in re-establishing peach brandy distilling, plus we needed the non-alcoholic element for our punch; so we went with a double strength peach tea. We tried Yogi’s ‘Peach Detox’ first, but it was too spicy and not peachy enough; Bigelow’s ‘Perfect Peach’ gave us more of what we were looking for. Since we can, we carbonated the tea; but you don’t have to. 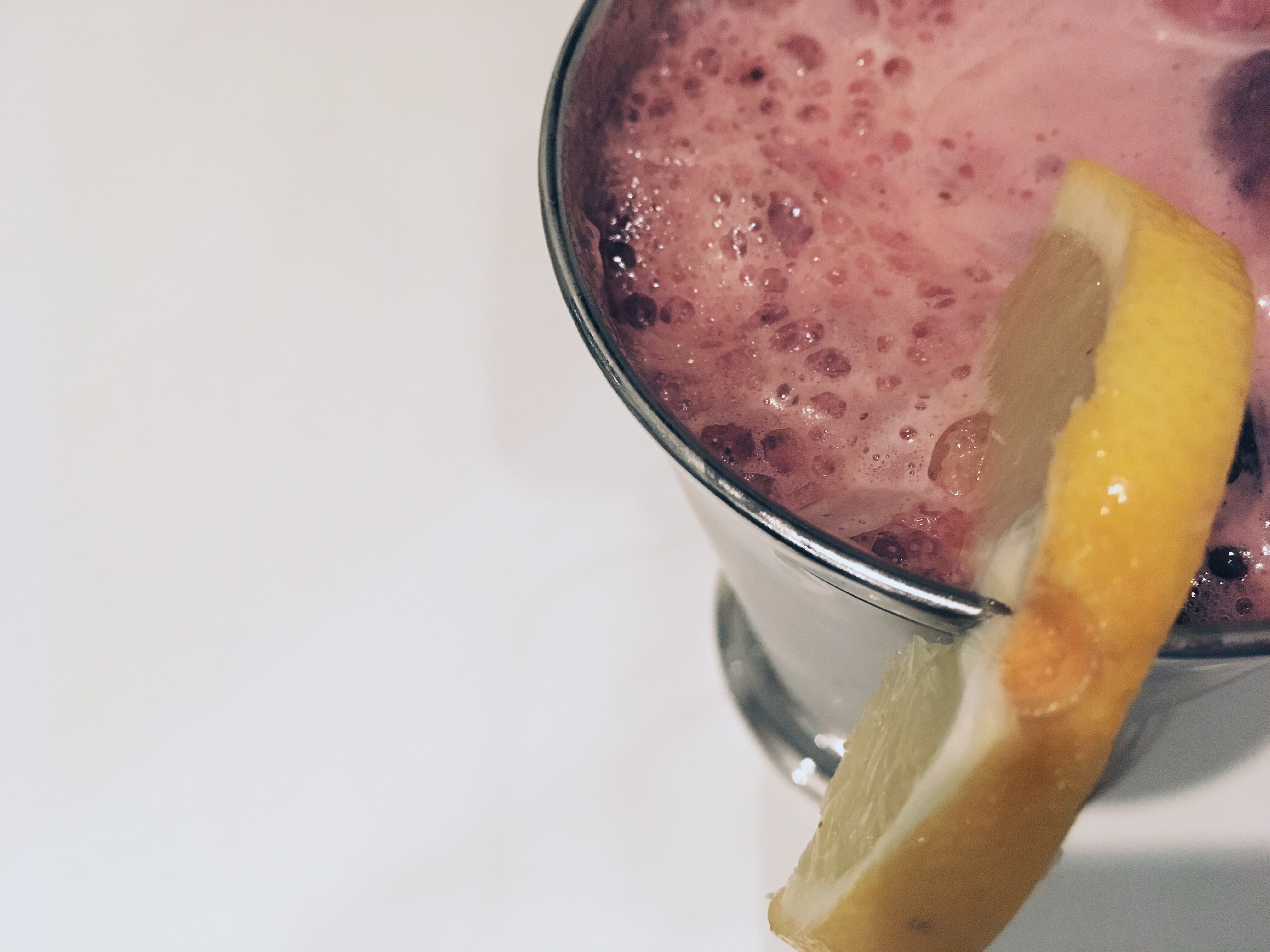 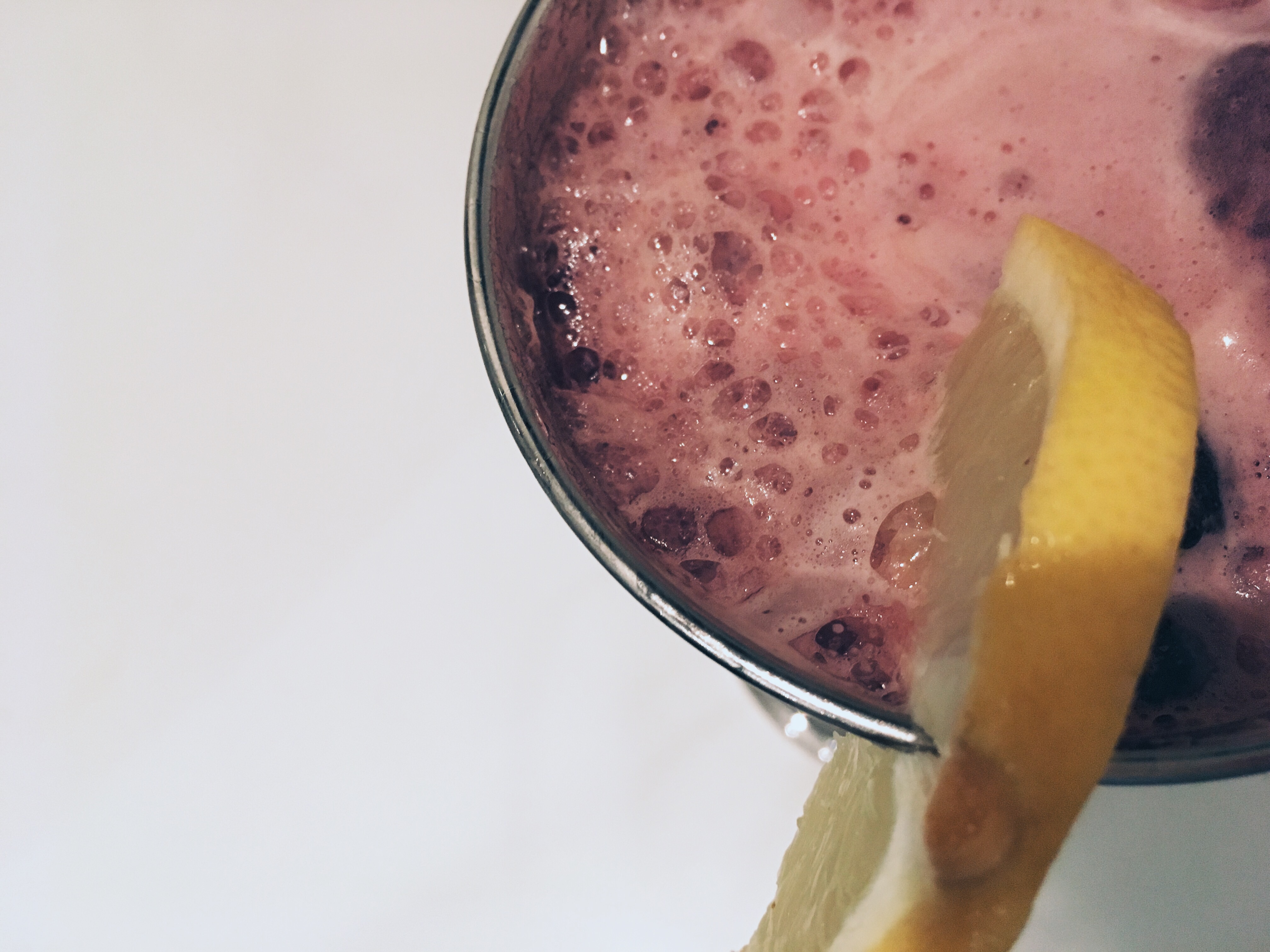 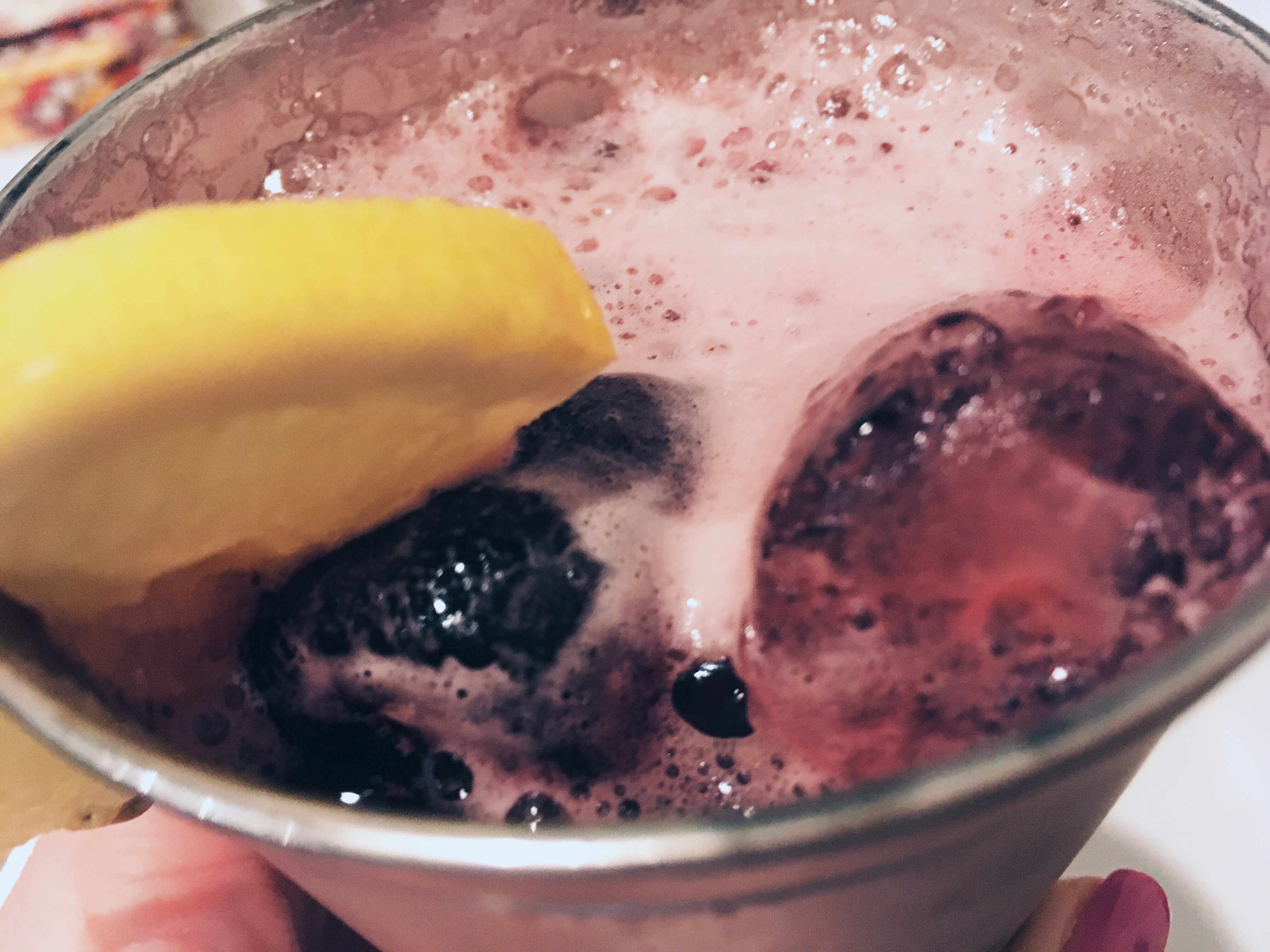 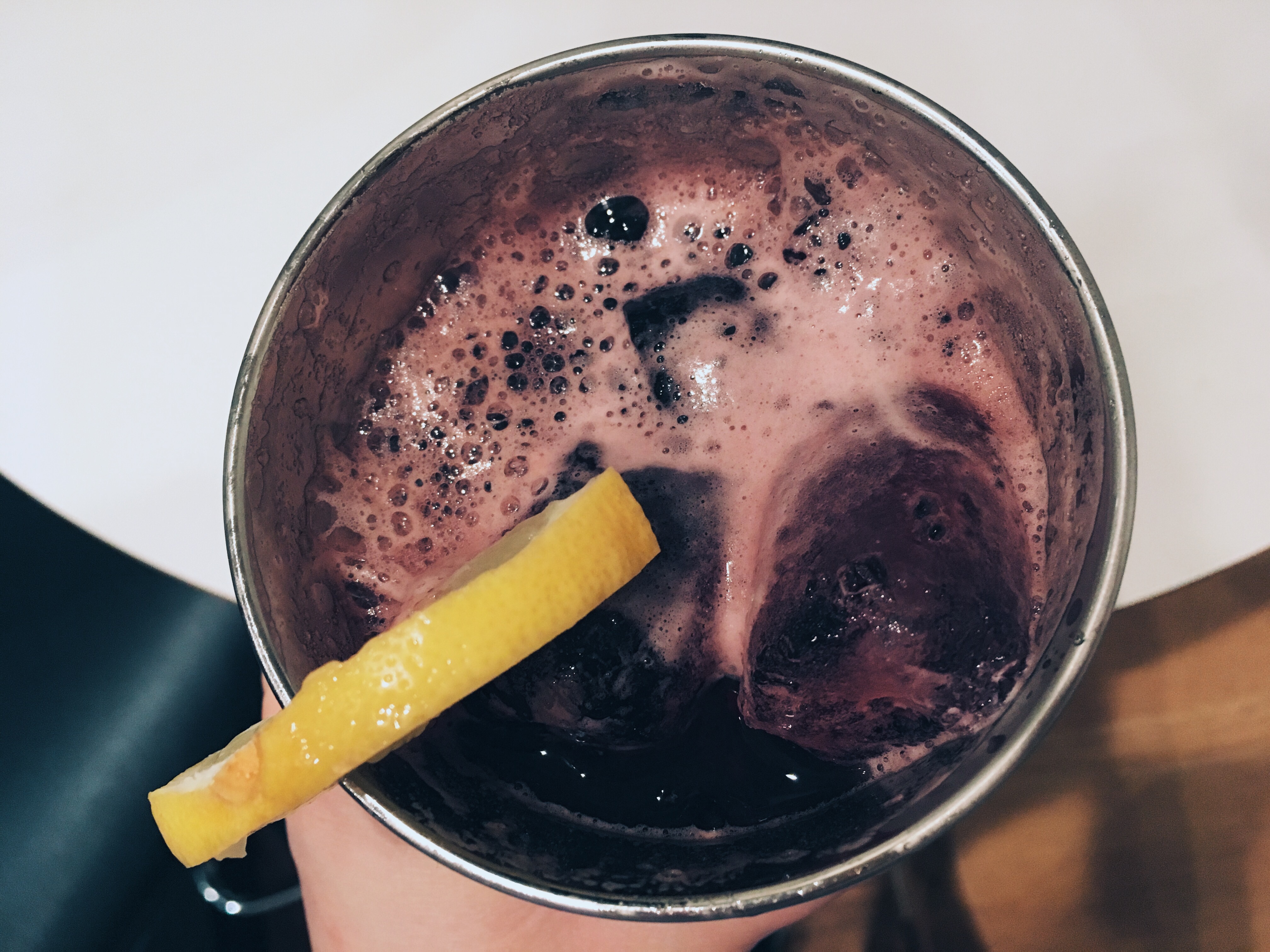 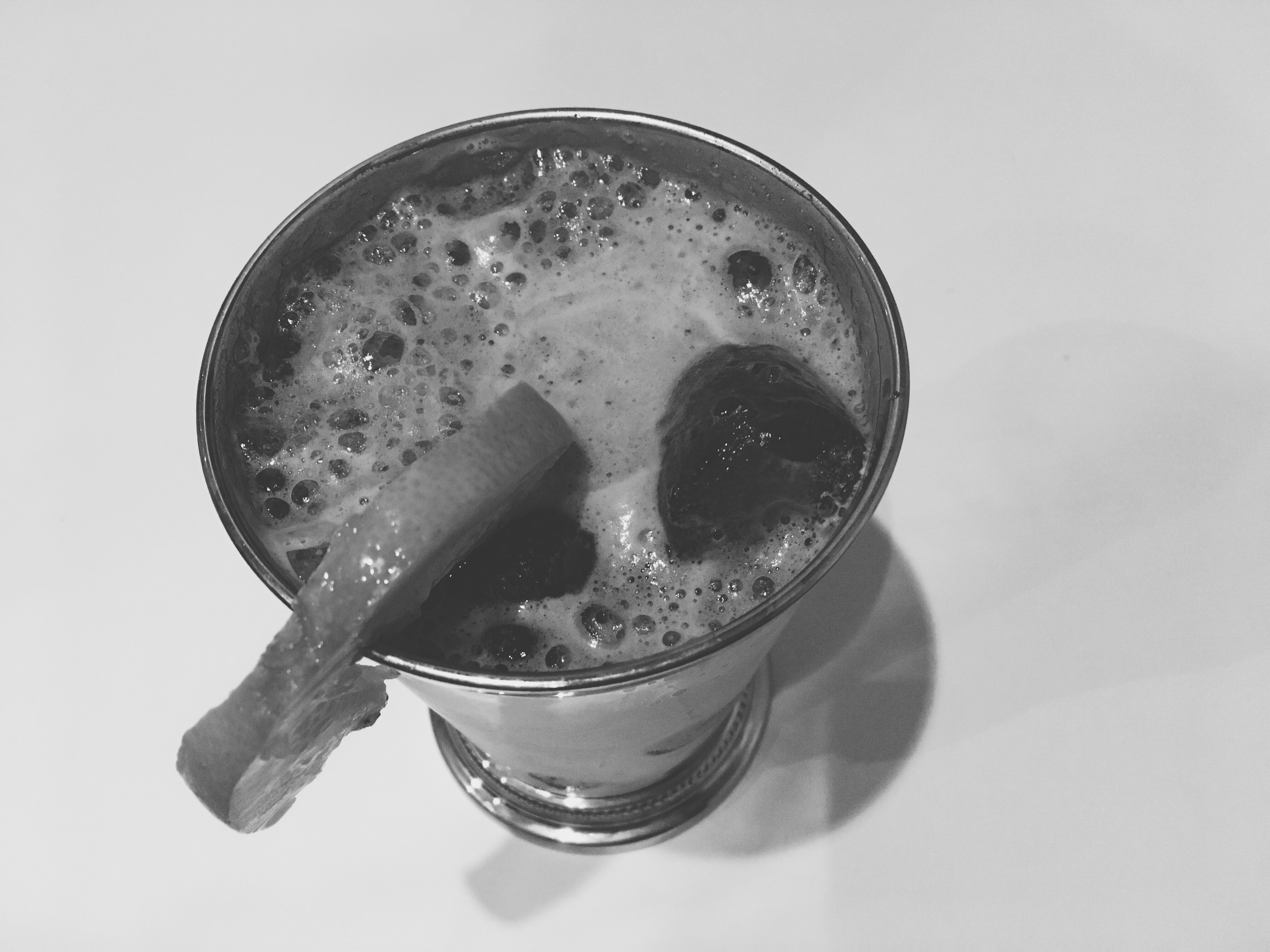 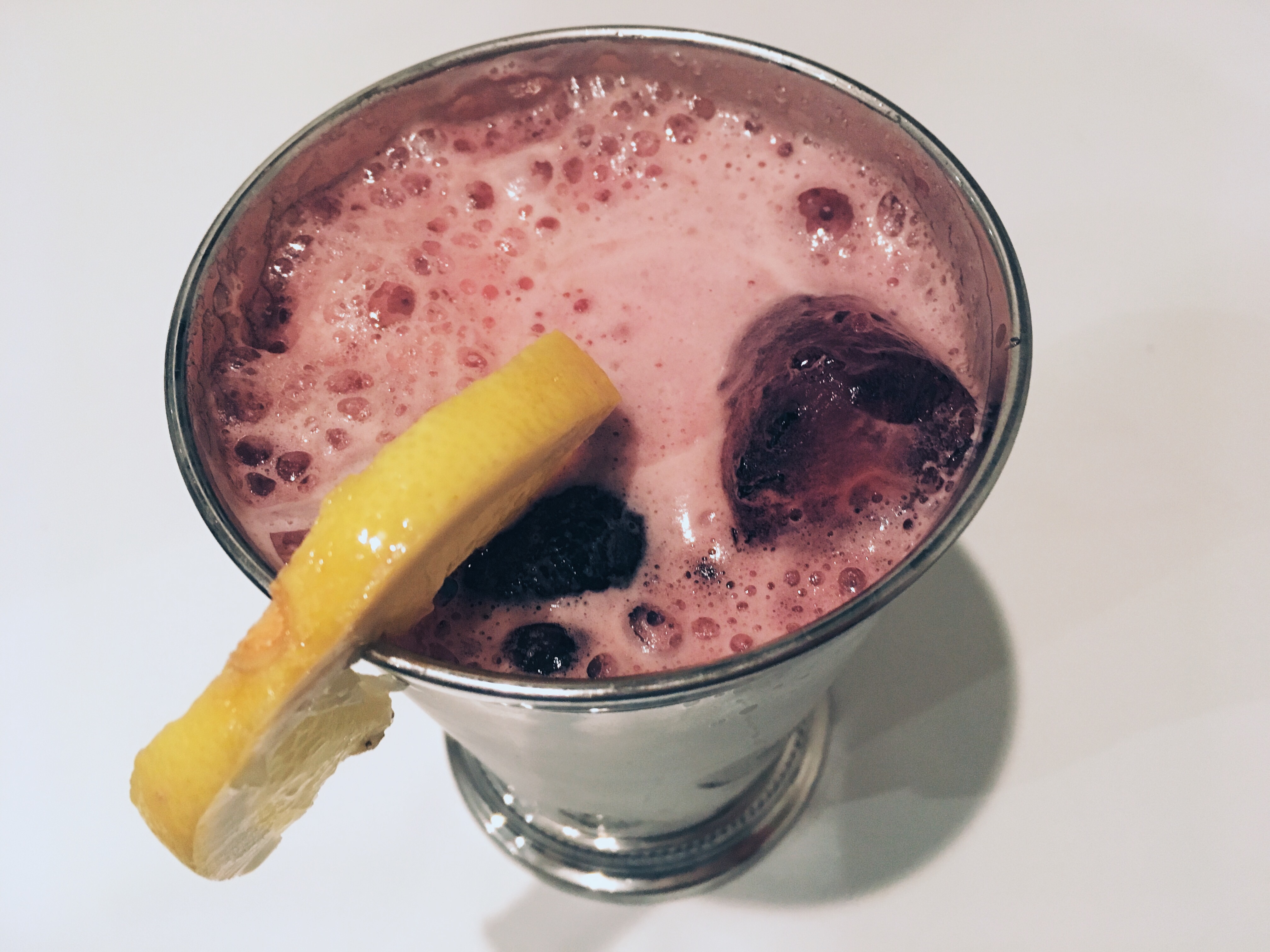 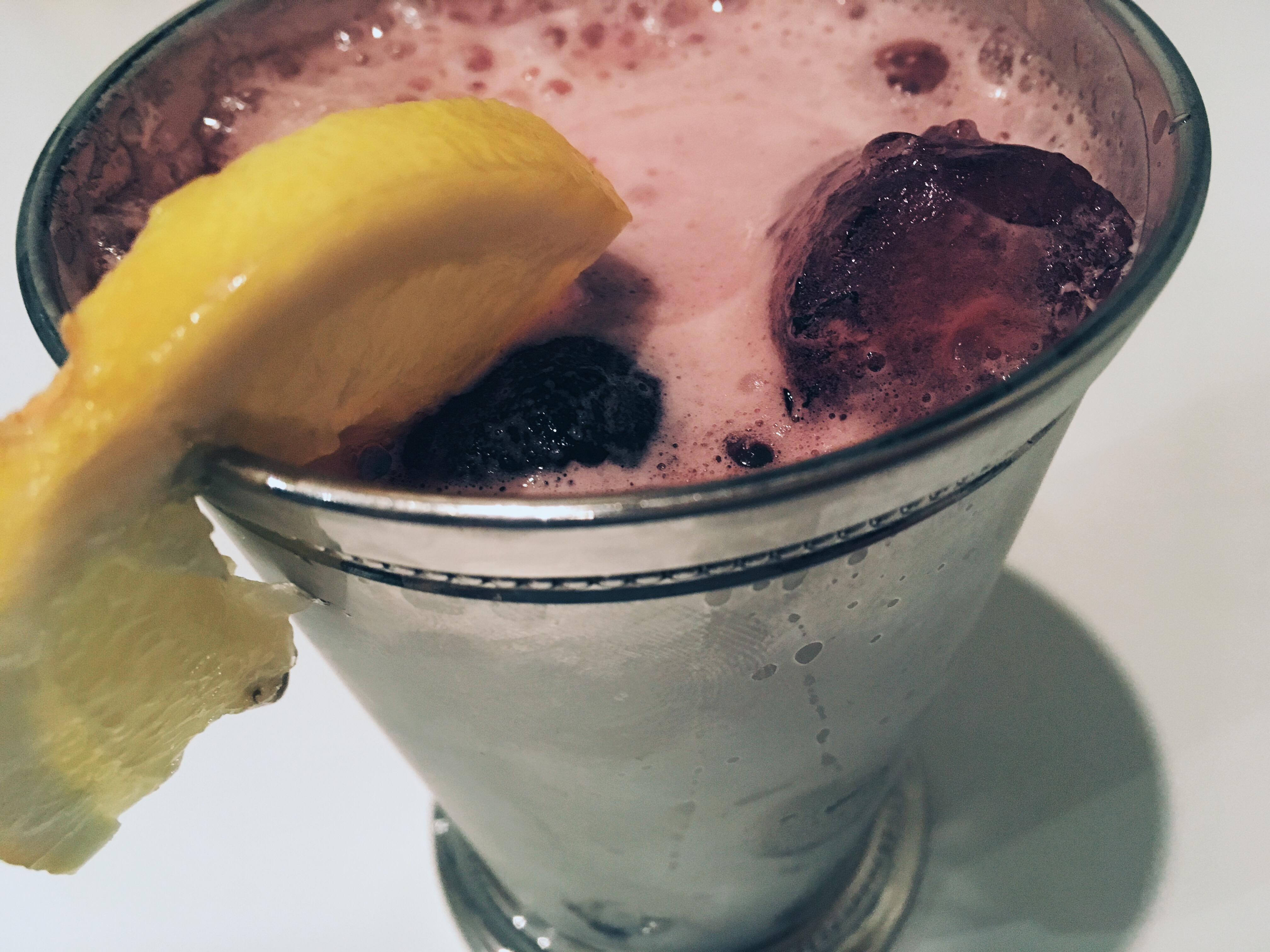 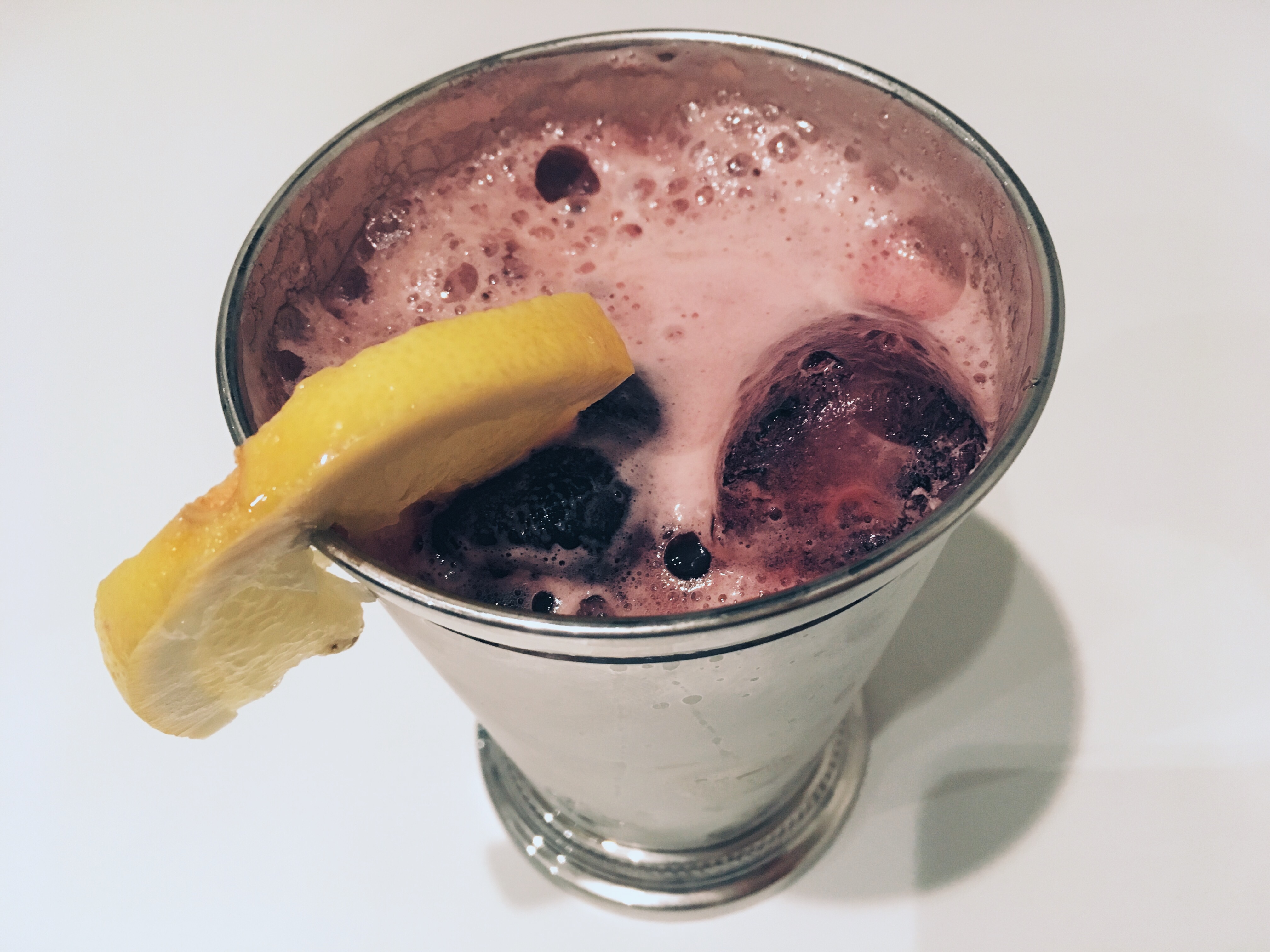