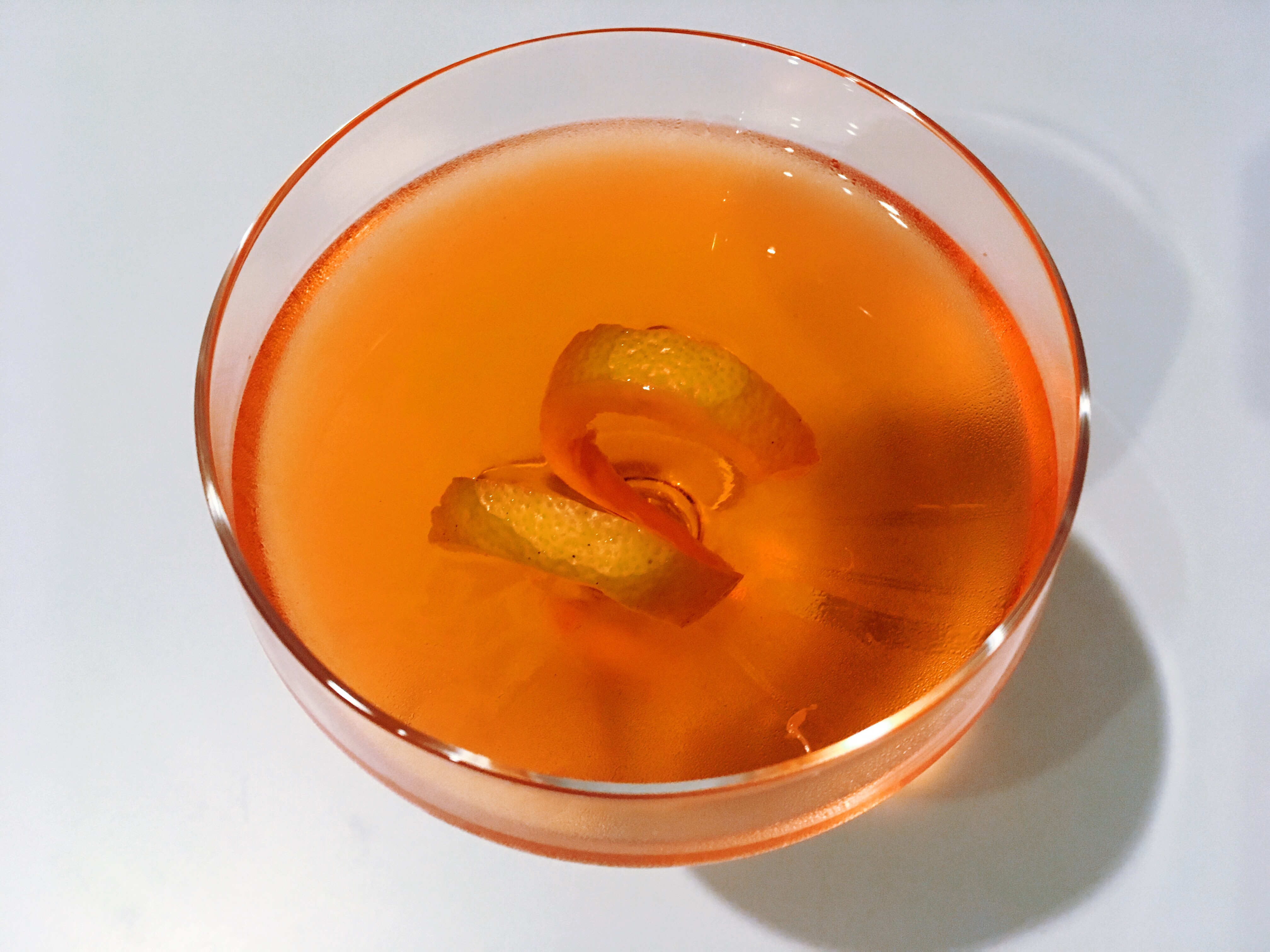 In our long journey to fully embracing mezcal, the Red Pilot was our gateway cocktail. While we’ve now gained a taste for the full-throated smokiness of a mezcal-based drink, and learned how to pick out the one’s we’ll enjoy, there was a time when we found mezcal a bit overwhelming. Red Pilot eased us in with its smaller dose of mezcal, giving us a sense of what a little smoke could do without making it all about the smoke.

We recently revisited our old friend, and were surprised by just how different it is from the typical mezcal cocktail. Most of the mezcal drinks we’ve tried work from basically the same flavor palette as barbecue sauce, blending smoke with tart citrus and some sort of deep, round sweetness. Comparing it to barbecue sauce could sound a little disparaging, but that combination of flavors really works, in mezcal drinks as well as on your chicken.

Red Pilot, however, is nothing like that. It’s far more dry, for one thing; and instead of tangy, it’s a little bitter. The bitterness and the smoke are nicely balanced with one another, both of them hanging around the edges of the drink in pleasing ways. The flavor comes in stages, with a dry gin front, followed by a mild smoke middle, finished with a gentle bitterness. Red Pilot proves to us that a mezcal drink doesn’t have to be sweet to be good.

It’s hard to find out much about Red Pilot’s origin, but Bar None Drinks ascribes its creation to Boston’s Sam Treadway, when he was at Drink–as likely a place as any for a mezcal drink to be born. 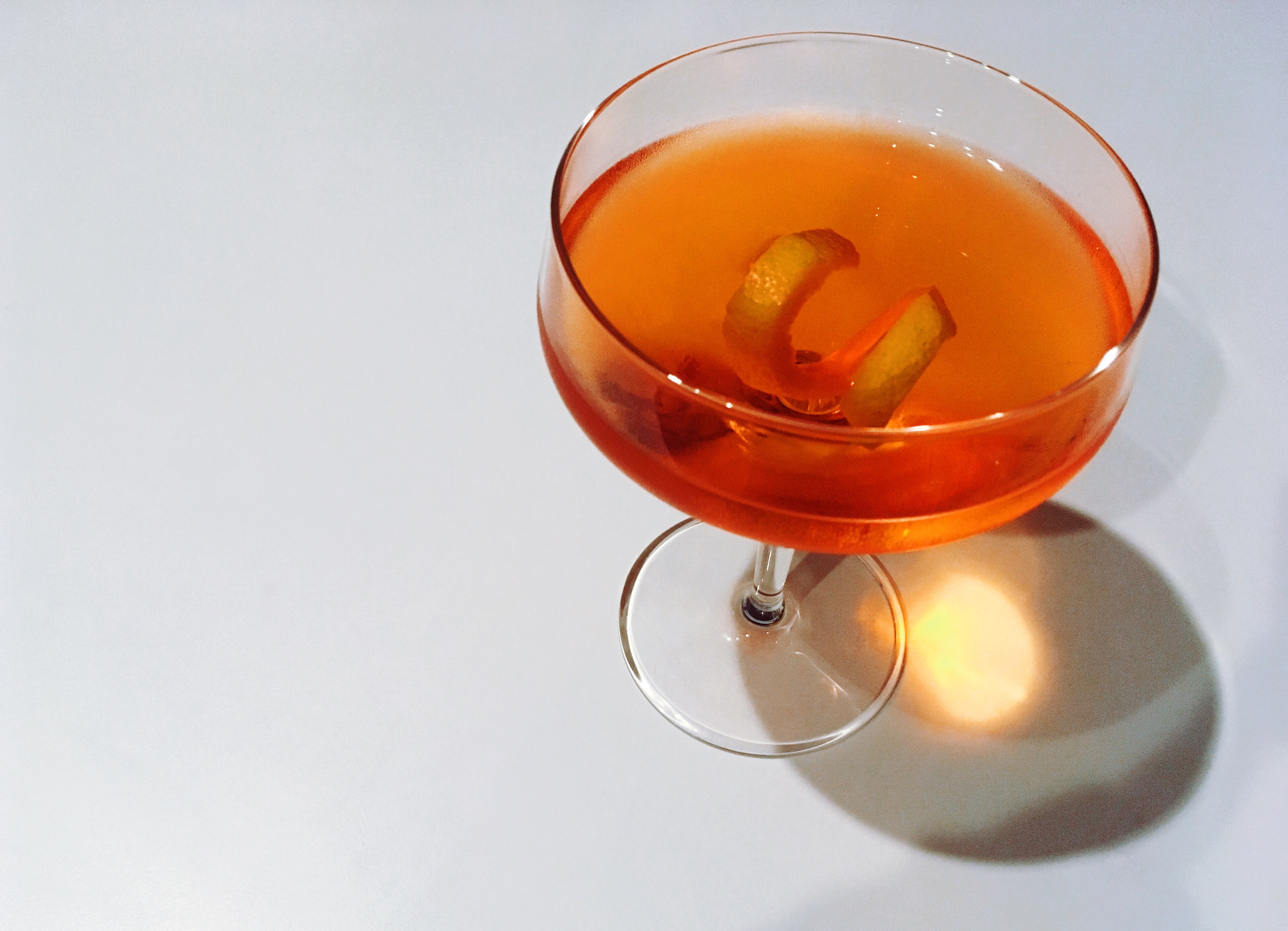 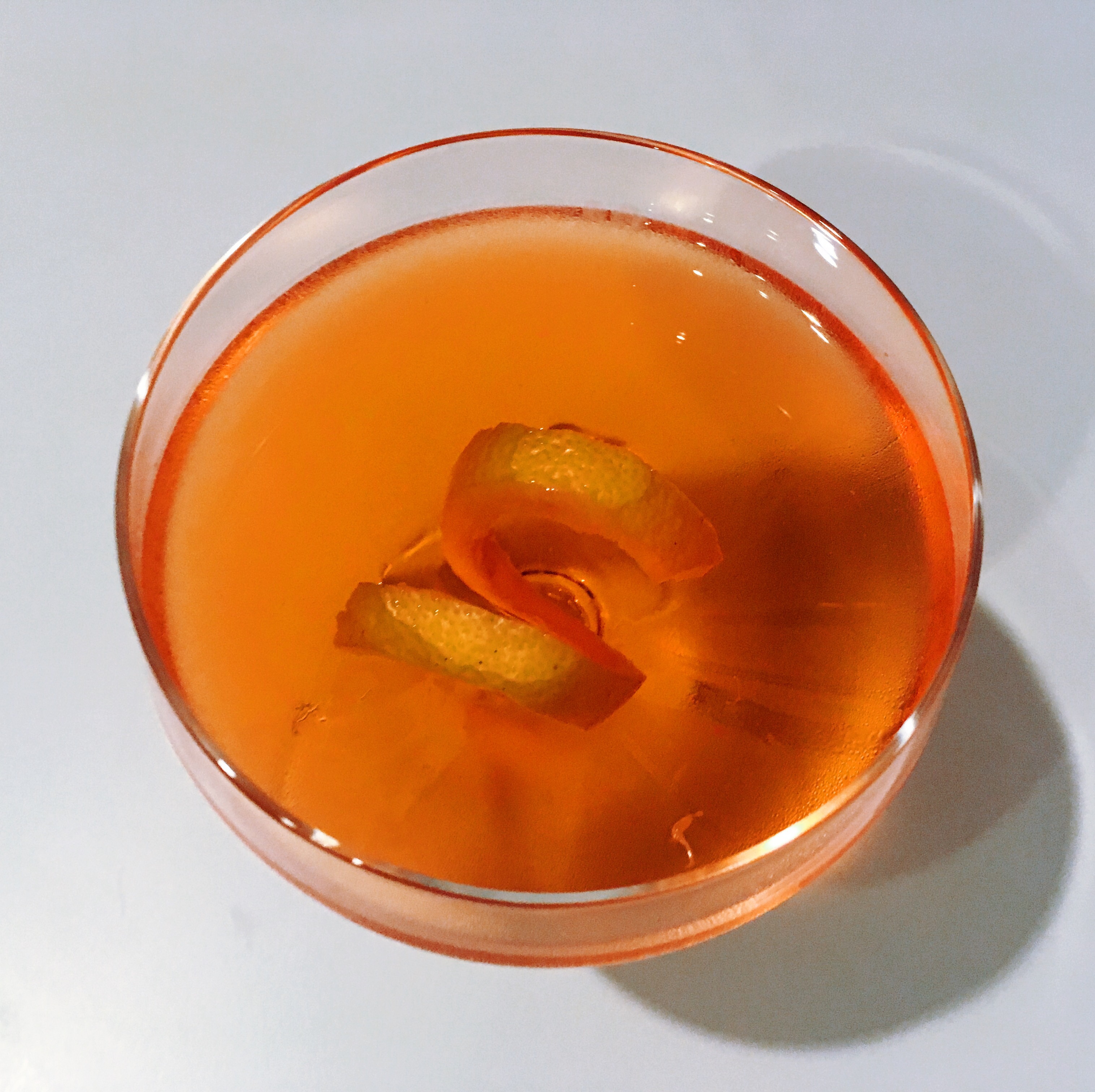 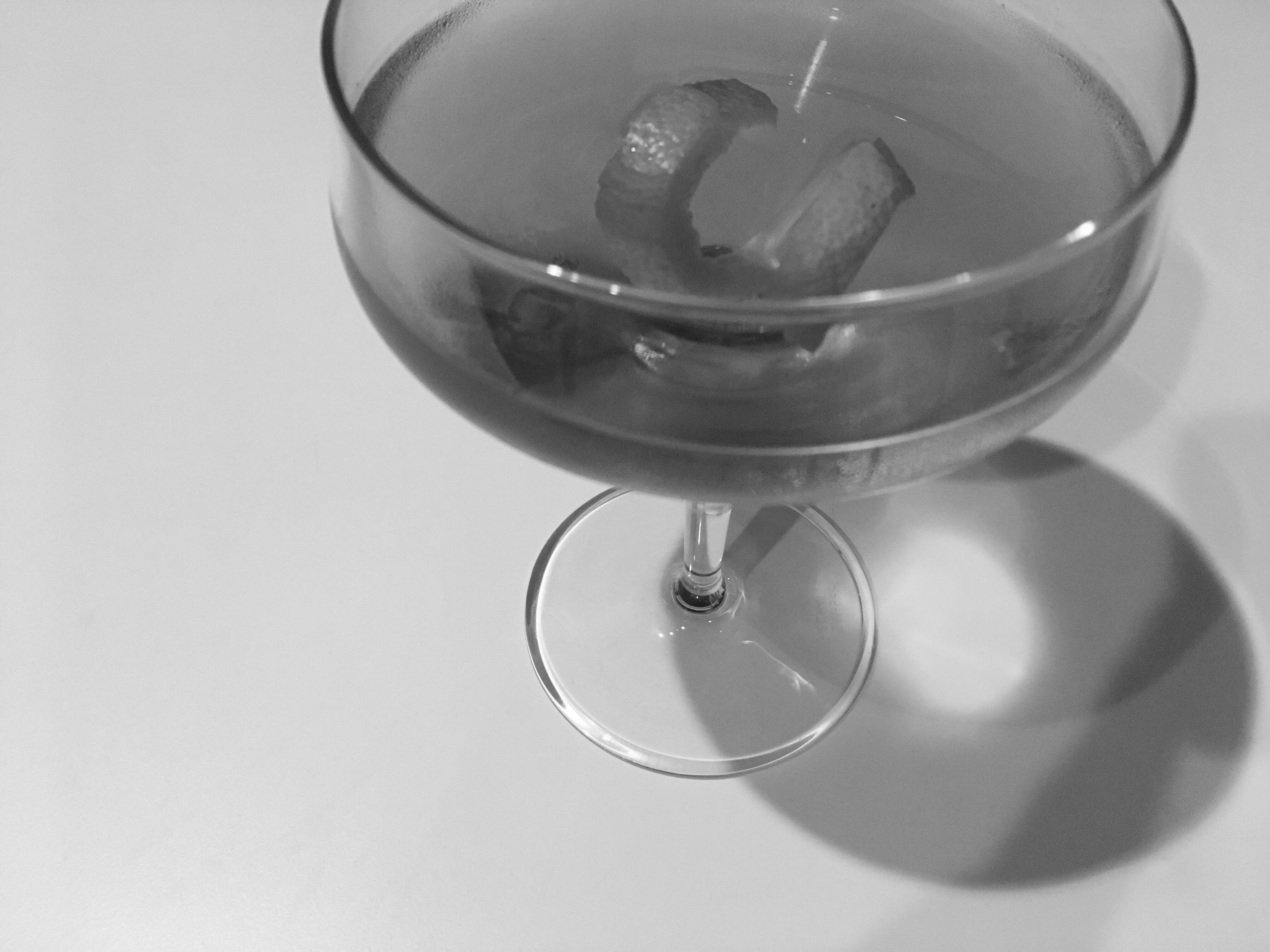 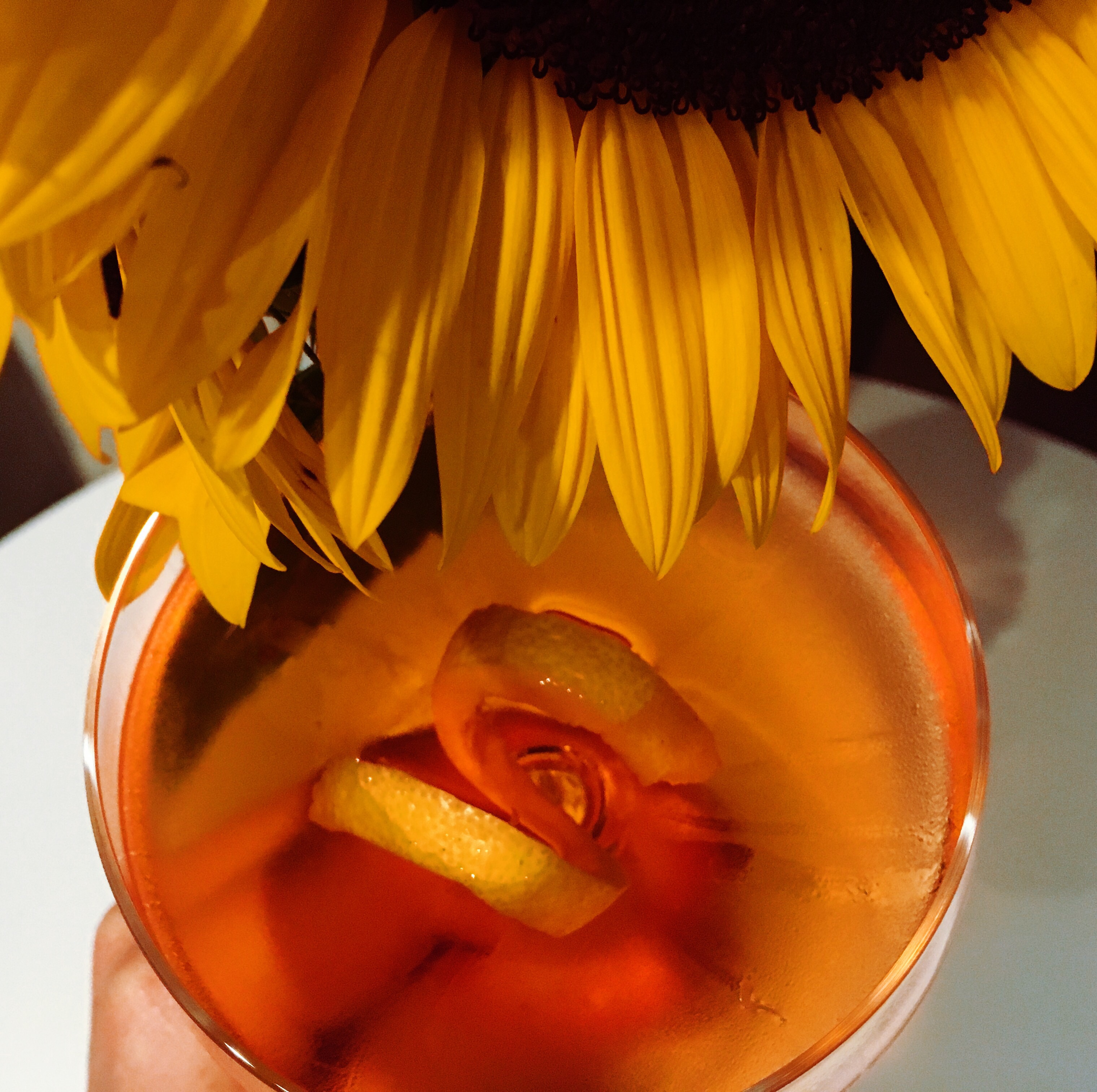 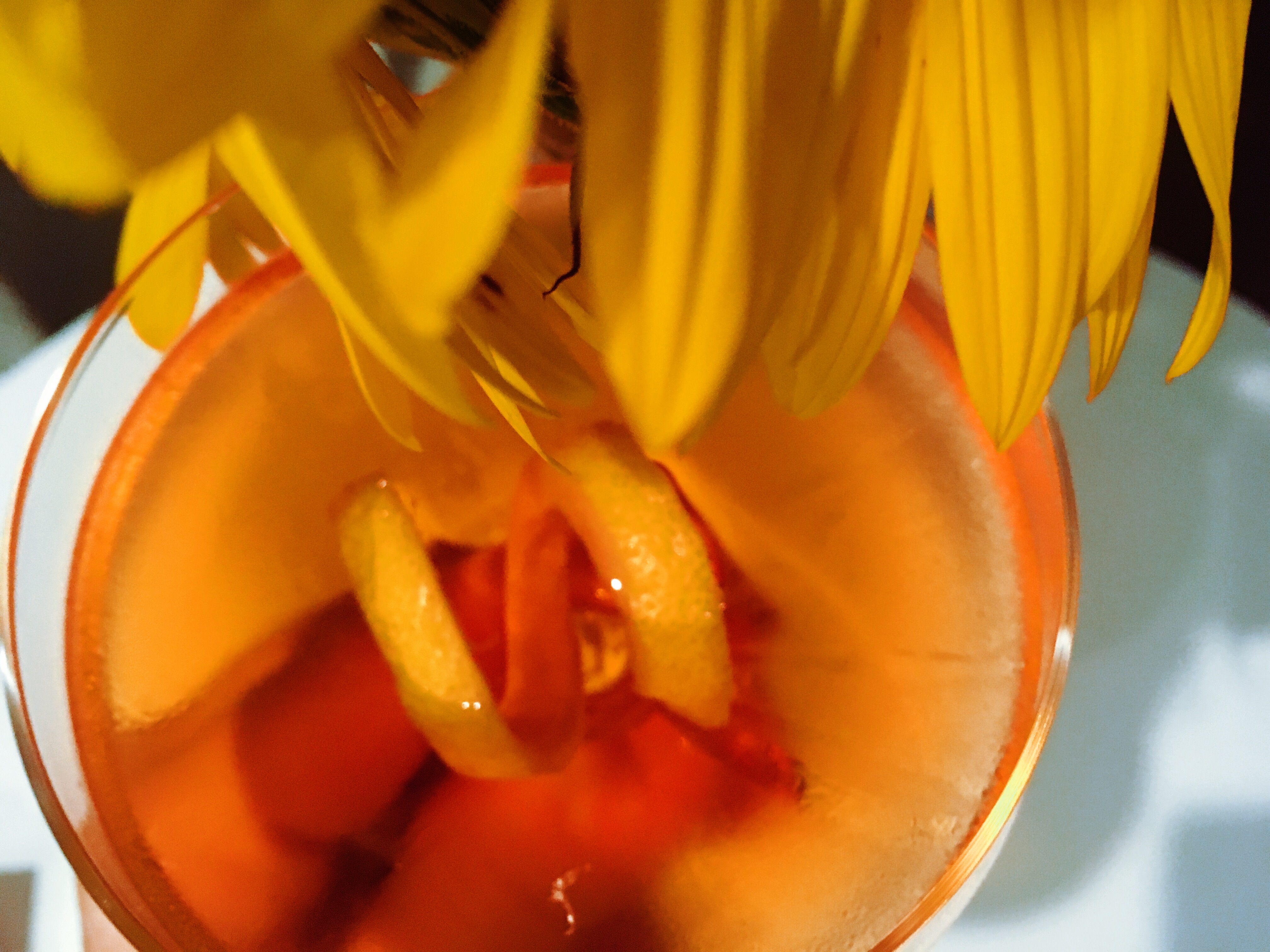