This week we’re celebrating the fresh, clean-slate revival of American rums by tasting and mixing with some rums given to us by Lyon Distilling, a craft rum maker in Saint Michaels on Maryland’s Eastern Shore. Today, we’ll taste their silver and dark rum, and then mix it in a mai tai.

Rum, you may not know, got its start as a clever industrial waste removal strategy. When you extract cane juice from sugar cane, the byproduct is molasses, the thick, singed remnants after the good juice is taken. Early sugar producers had to figure out what to do with all of this leftover molasses, and they came up with an ingenious idea: make it into liquor. You could imagine this going wrong, but it happened to go very, very right. To this day, most rum is made with molasses as its base. The exception is rhum agricole, the version of rum made in former French colonies; it (as well as cachaca, Brazil’s sister spirit to rum) is made from the actual cane juice instead.

Rum made from molasses tends to have a full-bodied sweetness and the tiniest hint of smoke, sort of like when one little edge of your toast gets burnt. Rum made from cane juice is lighter and faintly grassy. As you can imagine, both have their selling points. Indeed, in one of the most famous rum drinks, the mai tai, the two are combined to give the best of two islands.

In a simple but brilliant innovation, Lyon brought that mai tai sensibility right into their rum production. All of their rums are made using a combination of molasses and cane juice, and you can tell. Their base rum, the silver, is beautifully balanced, with a delicate agricole front and a smooth molasses finish. We tasted it side-by-side with the silver mixing rum we currently had on our shelf, and we were blown away by the difference. We never noticed before just how thick our other rum is, and how much fruit and vanilla flavor it has, almost certainly in the form of an additive to cover some roughness. Lyon’s silver, in contrast is crisp and clean, with subtle sweetness.

And the silver wasn’t even our favorite. That credit belongs to Lyon’s dark rum, which is the silver finished with homemade caramel to create a rich, smooth, full, slightly spicy sweetness. We loved this rum. We’d say it would make a great old fashioned, but it might be even more accurate to say that it is already a rum old fashioned, straight from the bottle.

Lyon suggests mixing the silver in a daiquiri, and using the dark in a dark and stormy. It’s a testament to the silver’s quality that we believe that it stand up well in a drink that usually makes use of an aged rum’s subtleties. And we have no doubt that the dark would bring a dark and stormy to a whole new level. For today, though, we used the two of them to make a mai tai, both as a nod to Lyon’s dual source and because we felt like we needed a do-over on the mai tai. We posted a mai tai a while ago, when we were just starting to try to love rum. Looking back at the photos of our ingredients, we can see now why we had a rocky start with rum. Let’s try it again, with some awesome rums. We have, however, kept one thing from our old mai tai recipe: we continue to use falernum instead of orgeat. We like its softer sweetness, and we like the way it focuses the drink on rum and citrus, instead of adding another flavor element in almond. We particularly think Lyon rums do well with that concentrated profile. 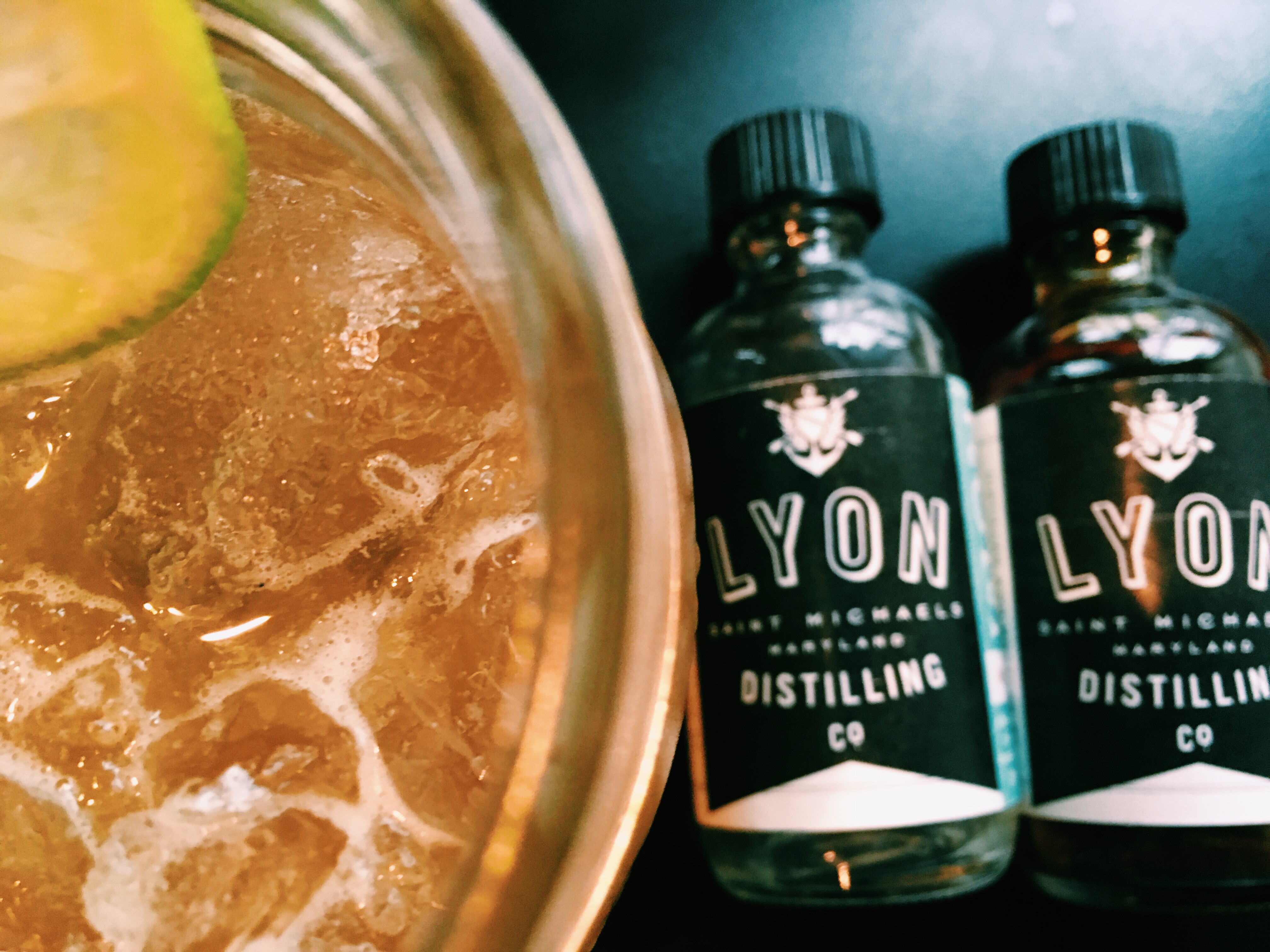 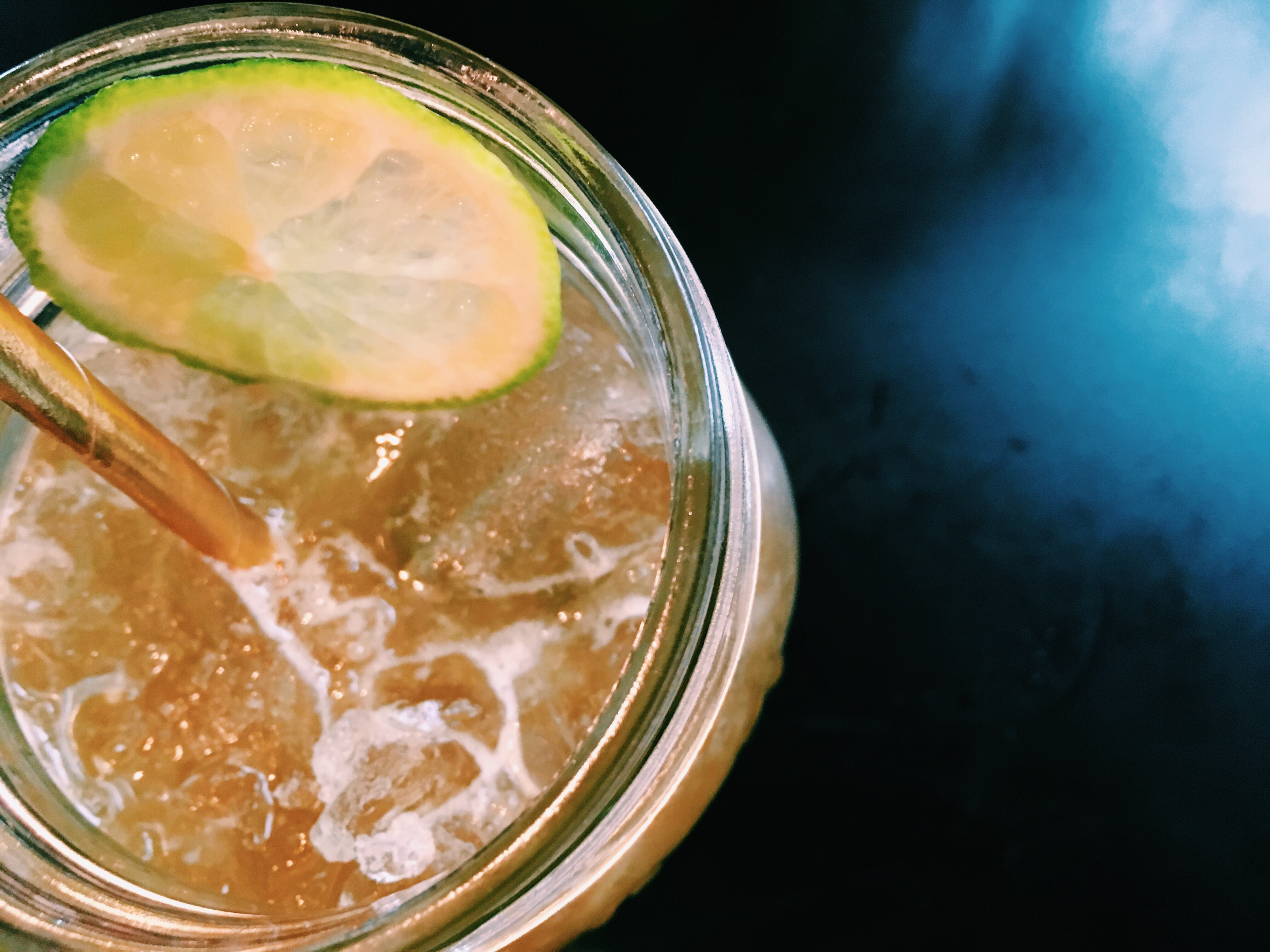 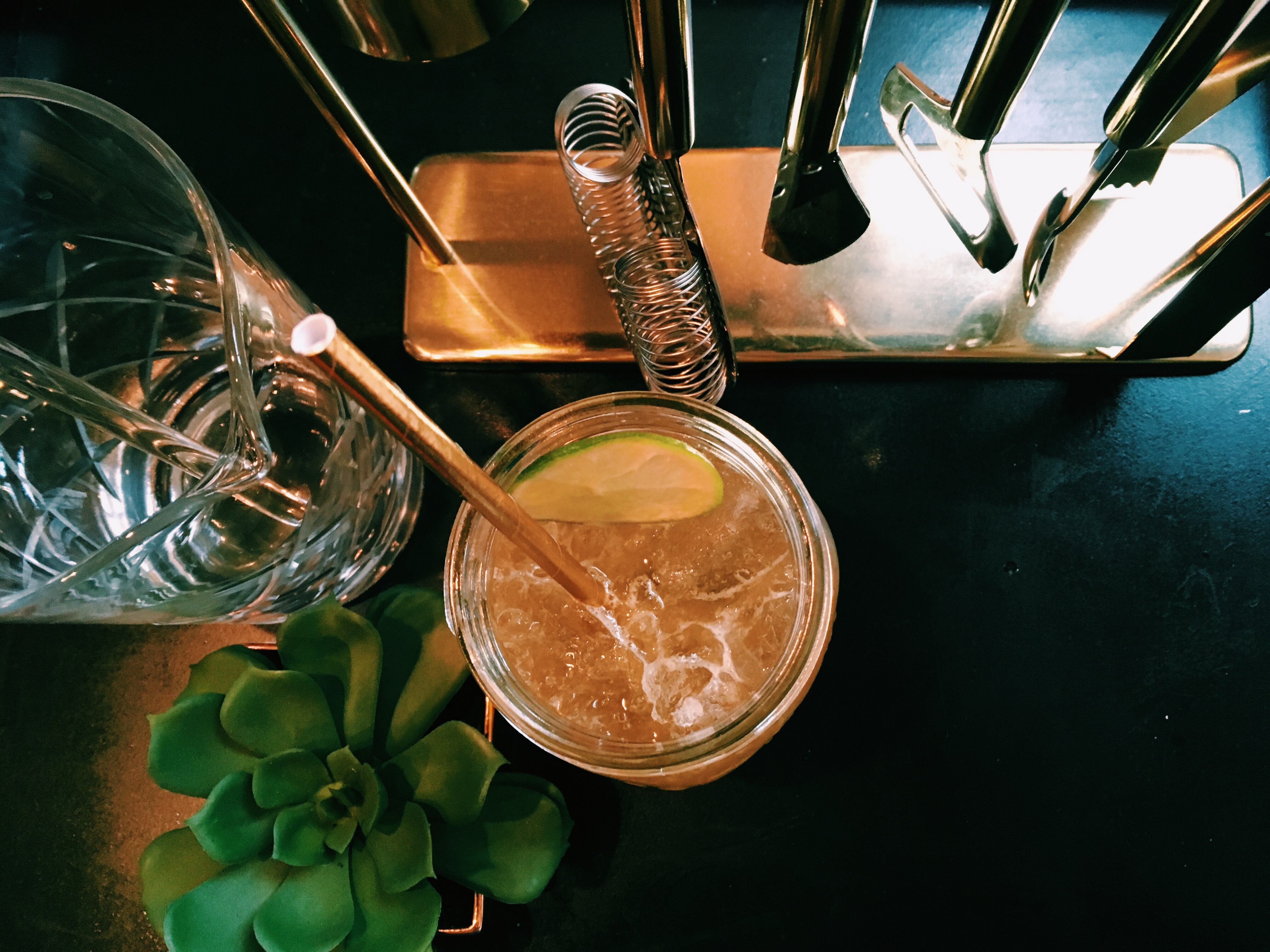 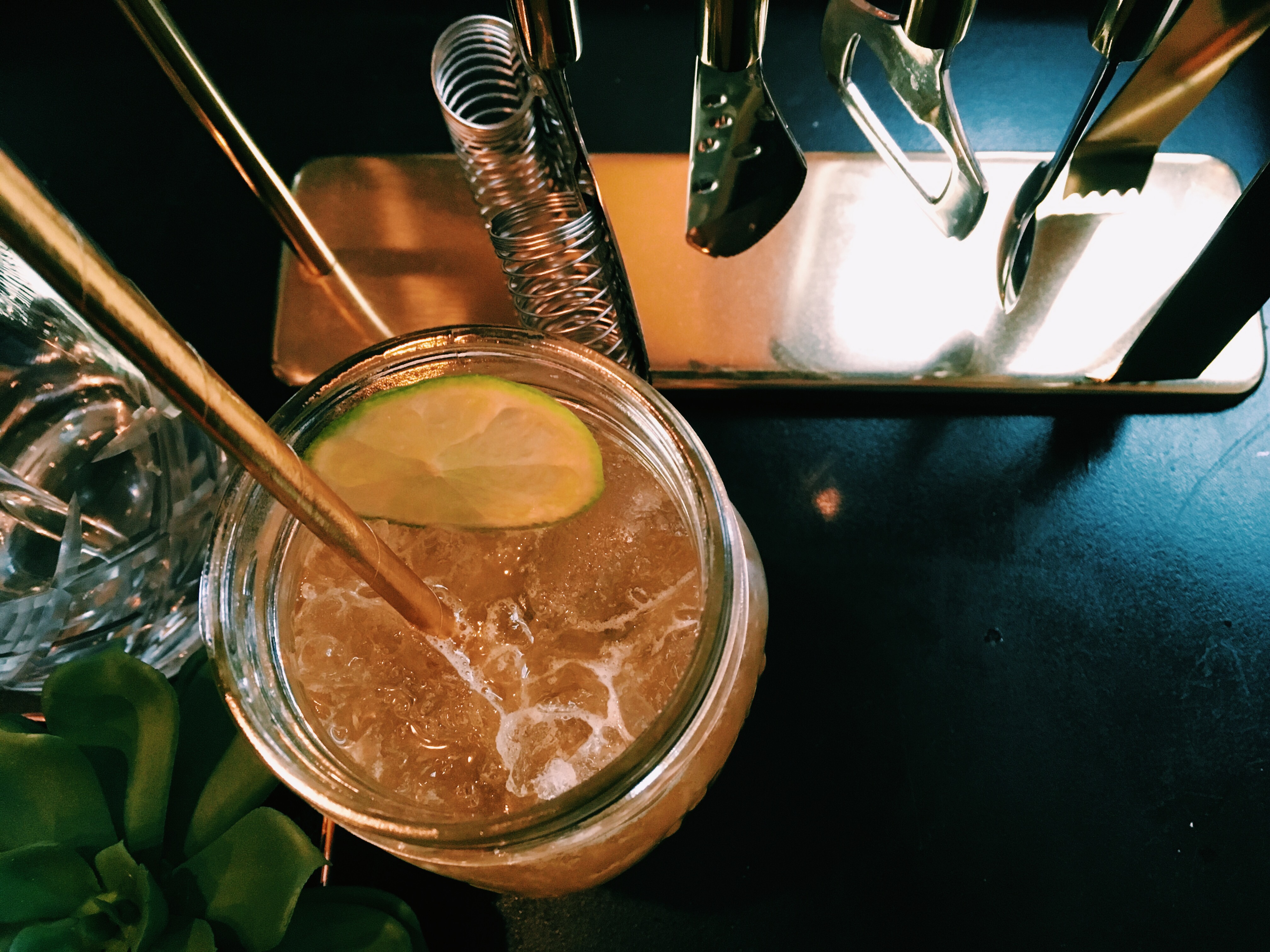 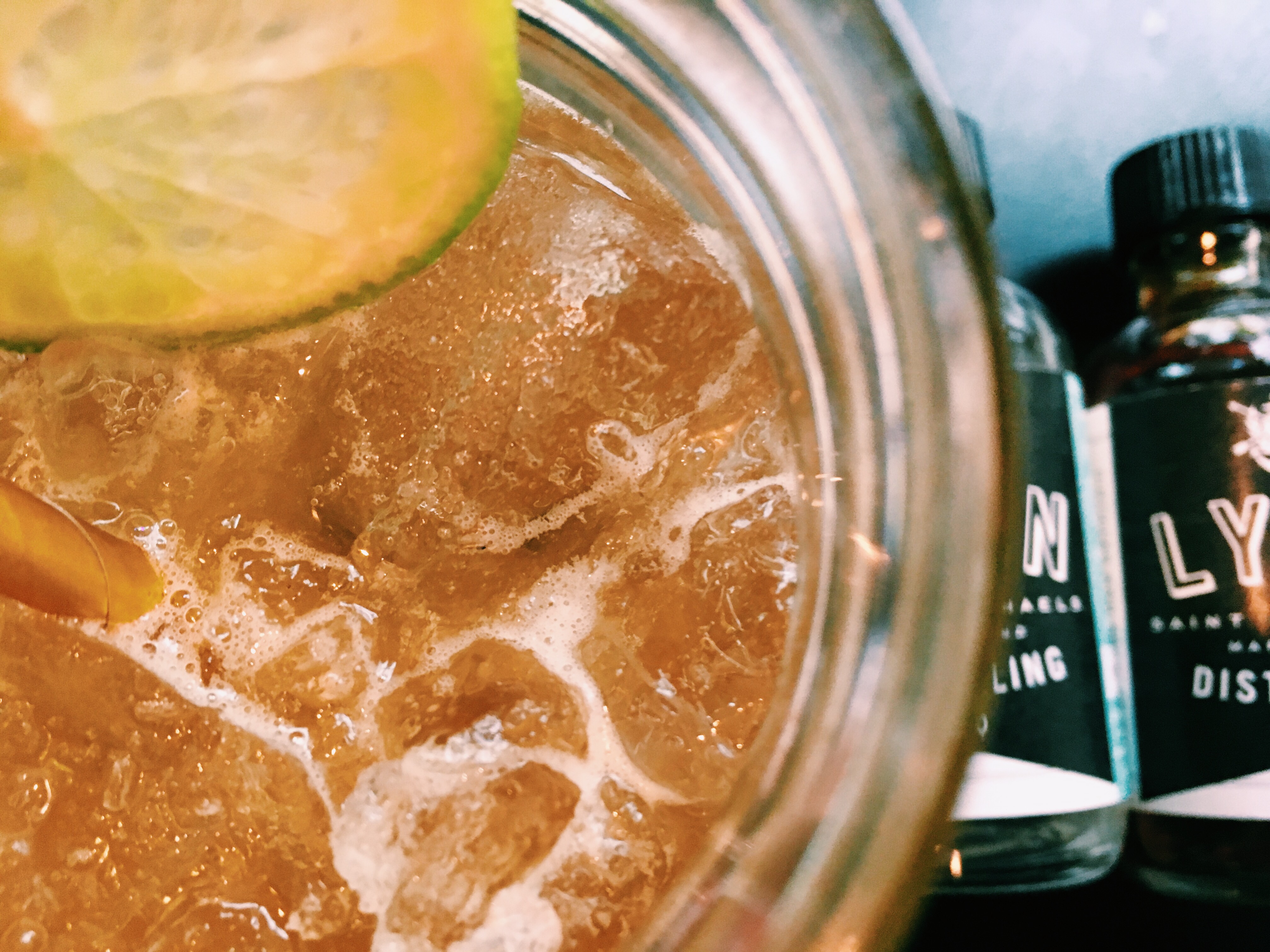 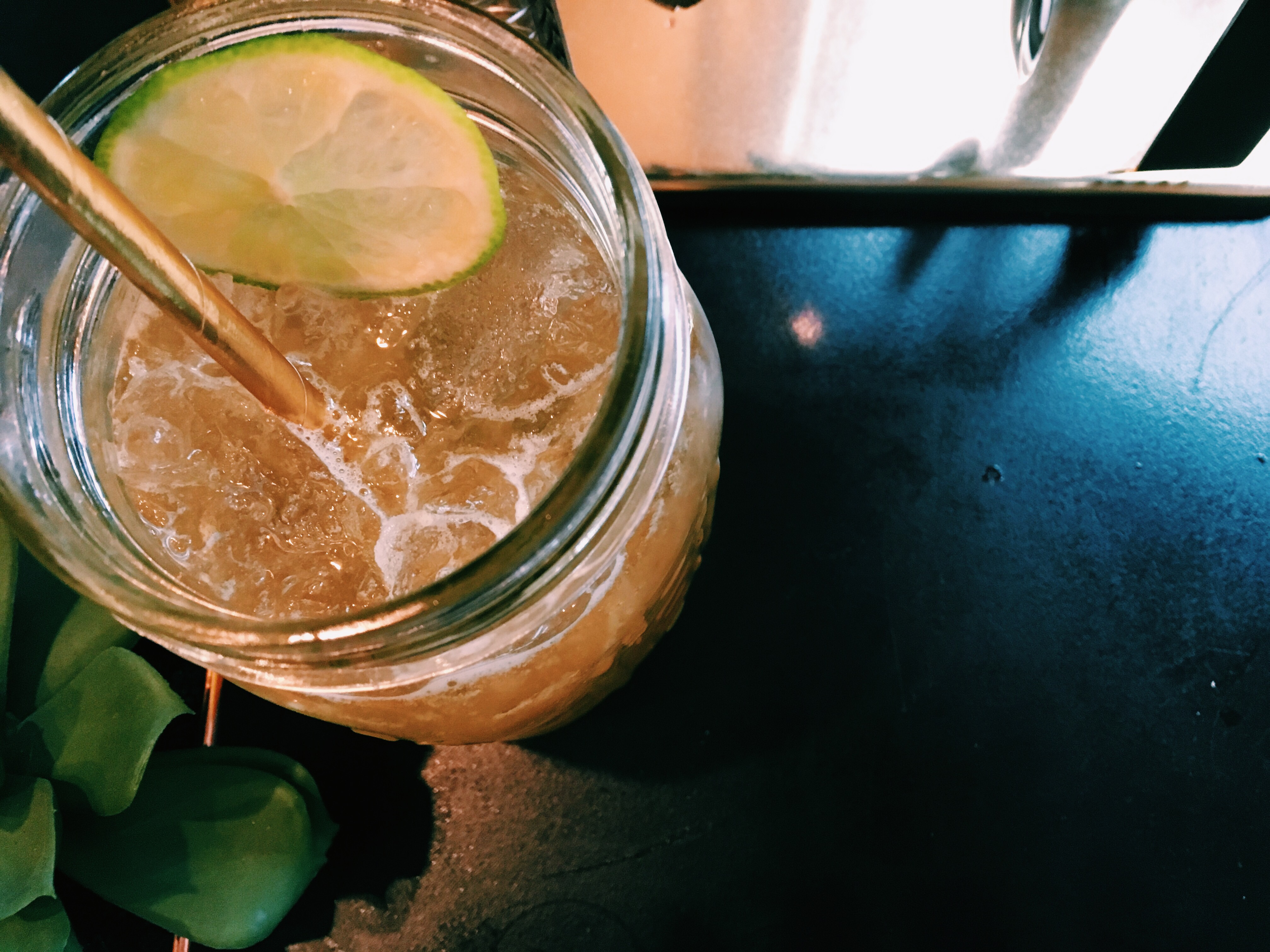 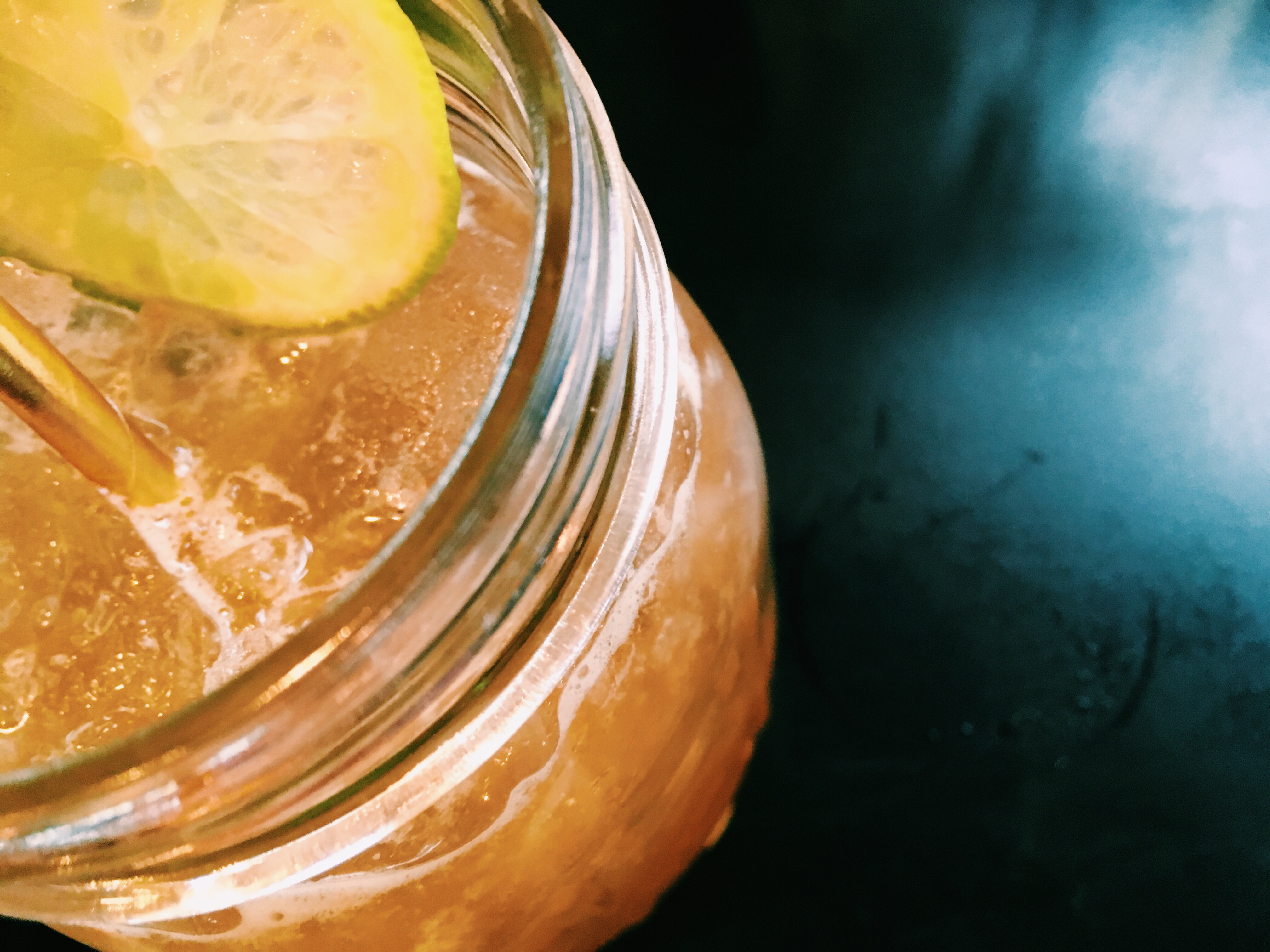 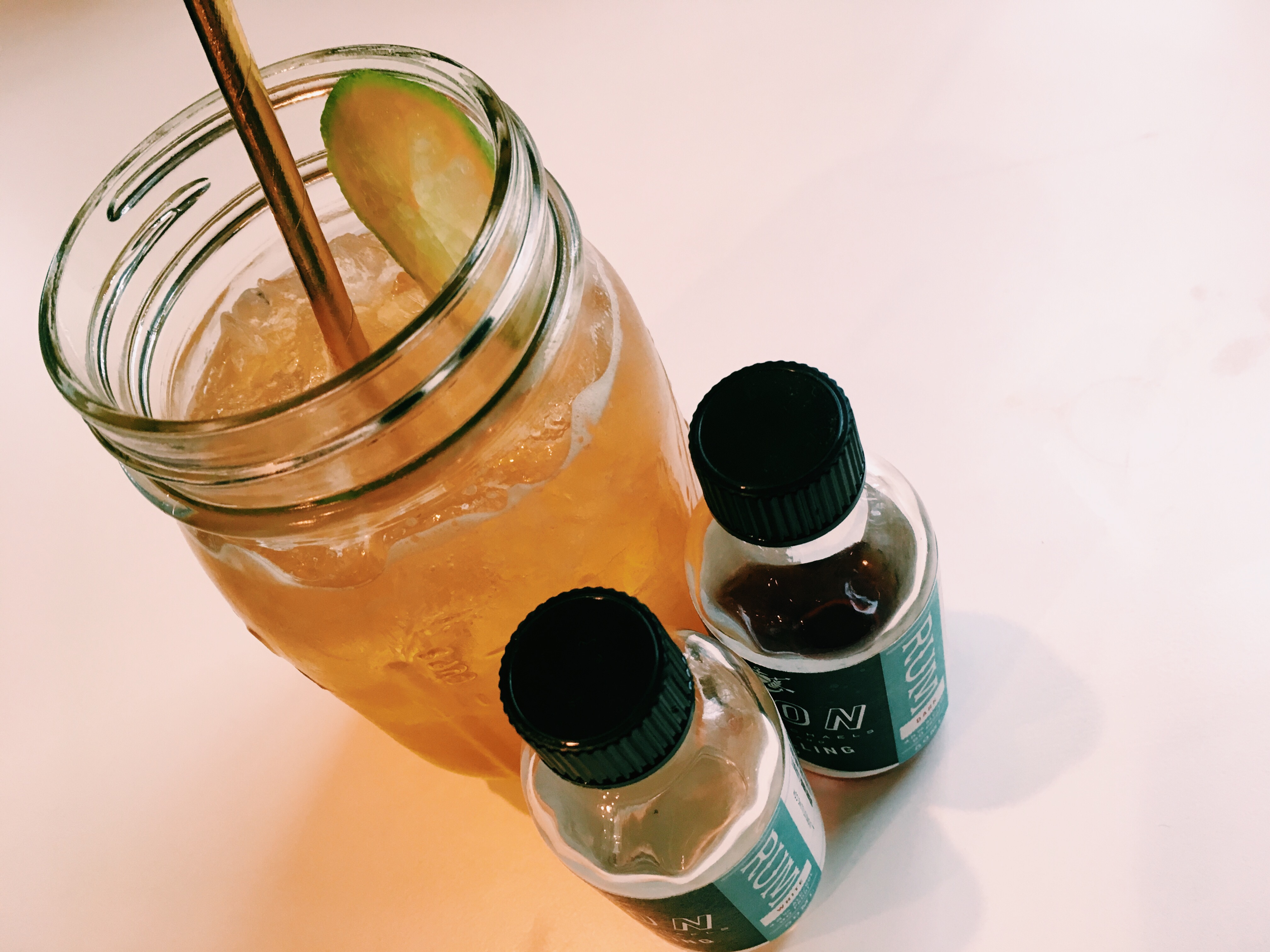