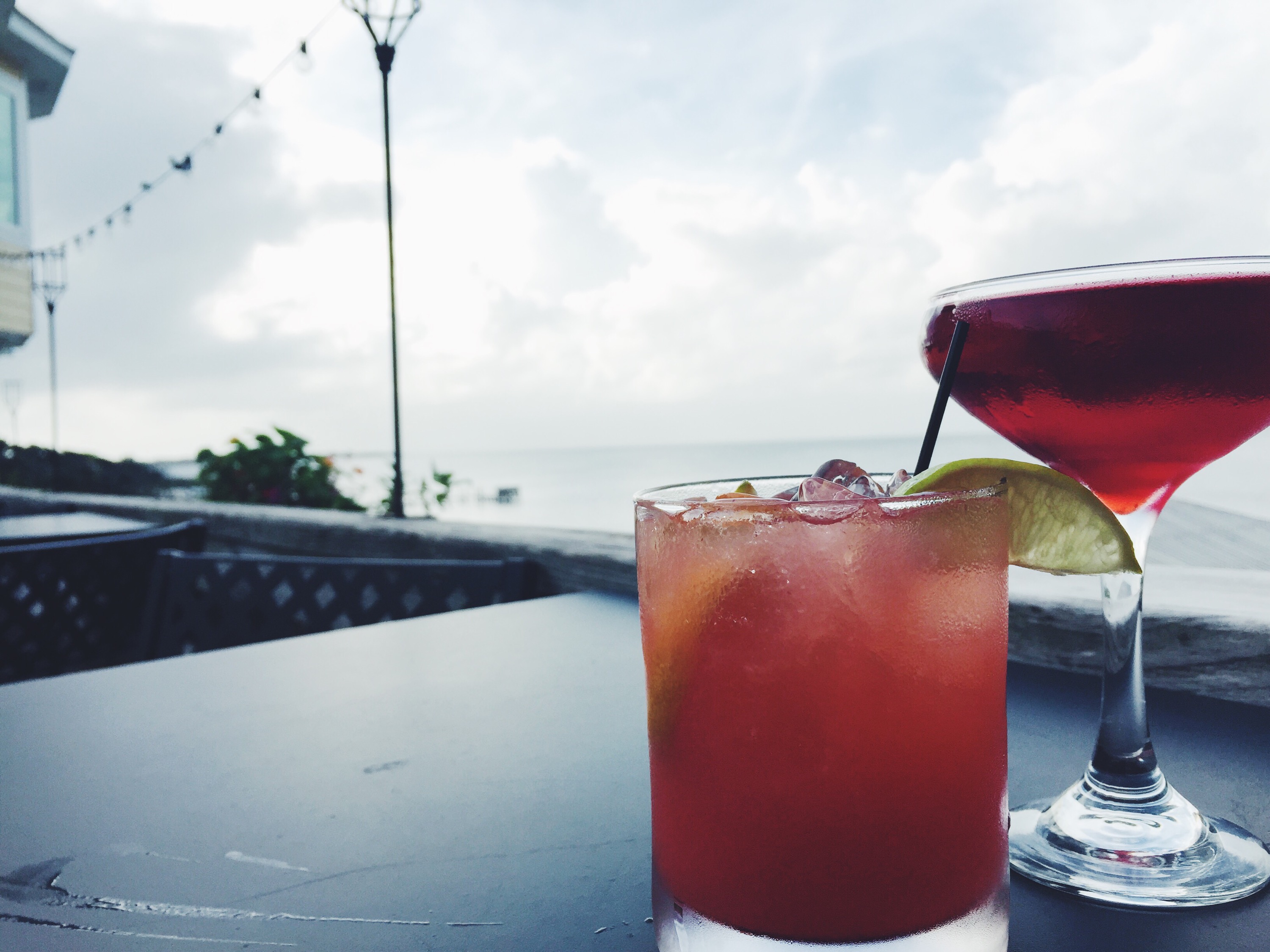 Where we’ve been drinking: Inn at Pamlico, Hatteras North Carolina

Part of our transition to DC involved more waiting for and wading through various job prospects than we had originally budgeted for.  But maybe all for the best? Somehow we both found ourselves with a few free days between old job endings and new job beginnings. Thus, in wanting to squeeze the very last bit out of summer, we ventured down to the Outer Banks. We had heard good things, and now we’re so close (okay 5 hours close, but so much better than 13!).

While our stay on OBX wasn’t entirely the all-day-every-day-soak-in-the-sun beach vacation we had anticipated (we were there between 2 different almost-hurricanes) it was still several days away with no to-do lists or responsibilities; so who are we to complain?

OBX reminded us of Cape Cod. We learned on Cape Cod that dining out is best done with either low expectations or carefully curated yelp reviews. Good restaurants exist; it’s just that they’re not the ones you happen to drive by or the ones that everyone goes to. Who knows, though? We might have allowed the Cape to lead us to  misjudge OBX, and therefore just do an overall lack of diligent investigating.

The Inn at Pamlico

During one of the hour-long  periods without rain, we were delighted to find ourselves at the Inn at Pamlico. The owner was personable and friendly and won extra points with us when he let us order from the bar before they were officially open.

Upon being asked, the bartender sheepishly gave us the cocktail menu explaining they were in the midst of launching the fall cocktail menu, but it wasn’t quite finalized. We peppered her with questions about what the fall menu would entail (being in the midst of planning a fall menu of our own made us especially curious) but willingly accepted a list of summer drinks as, again, we ventured down to OBX for extended warm weather beach time. Bring it on, summer cocktails. 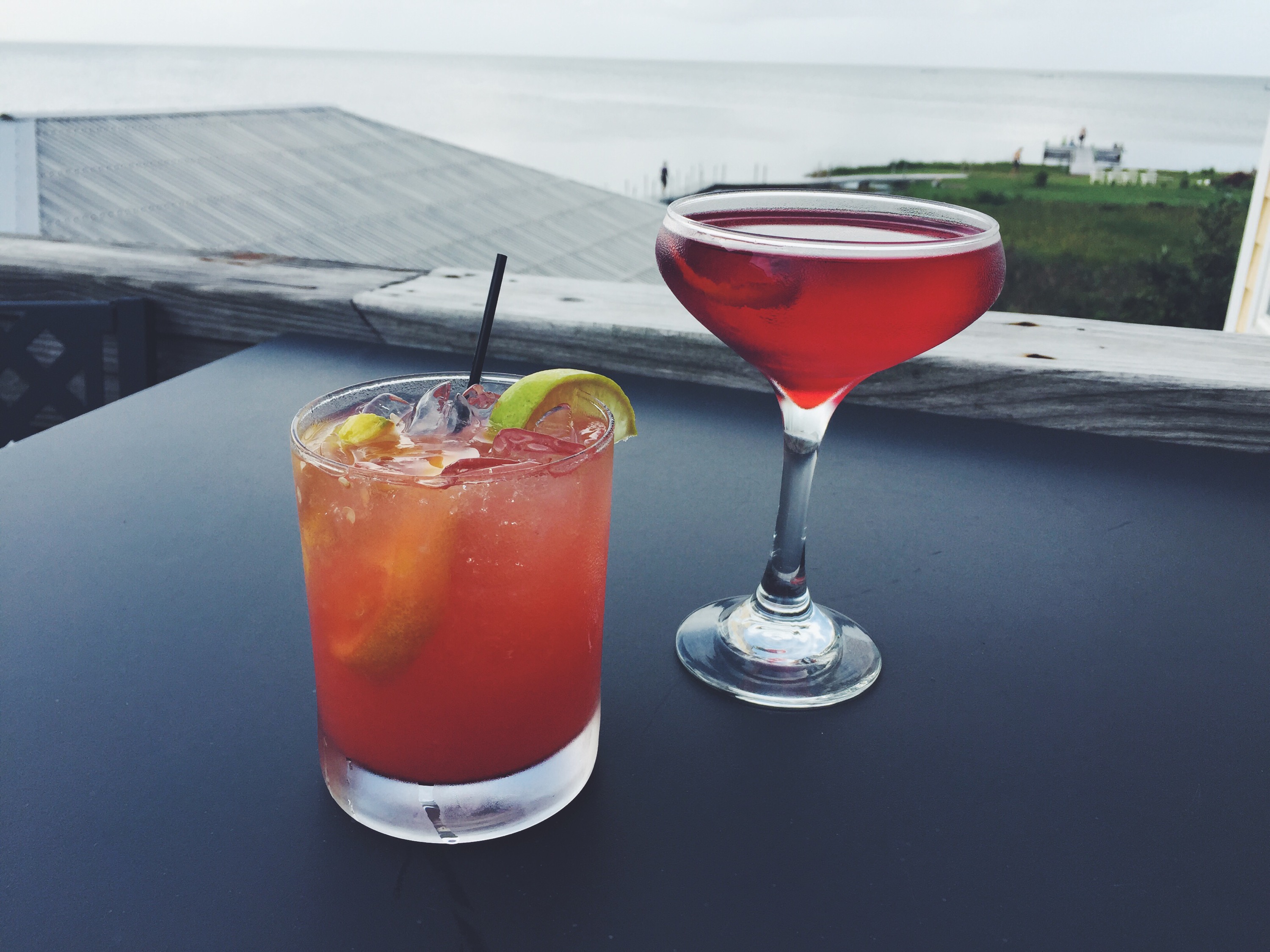 This was a decent spicy margarita. The kick was strong, and the blood orange gave it a more rounded flavor than you might otherwise expect. Each flavor stood on its own. We couldn’t decide if we like the very distinct order of sour, sweet, kick, kick, kick, or if we wanted them to blend a bit more. Regardless it was good and summery but, again, as we mentioned spicy tequila drinks are all.the.rage. (are=were), and so the only negative points we’d pass along is for lack of originality.

We got it straight, but wish we had ordered it on the rocks. There was a super strong cherry taste on the front end, which rocks might have softened nicely. Thankfully, over the drink’s life, the cherry was balanced out as the bourbon started to come through. We had been intrigued by the use of rum given our previously mentioned summer goal of learning to embrace it. But between the cherry and the bourbon the rum seemed non-existent–now that I think of it maybe she forgot to add it? Does that happen? Seriously there was no detectable hint of rum. It still mainly tasted like a Manhattan, and wasn’t a clear win of a variation. That said, we think some rocks, club soda, and some extra orange zest would have added a few points to its grade. And maybe we’d go so far as to say in our still-tentative relationship with rum that maybe spiced rum instead of aged would have made this Manhattan a bit more distinct.

It’s not a speakeasy, but you can expect to find super-friendly staff, a charming setting, and a decent mixed drink to enjoy a break from the rain (or endless days of sunshine like they often have). 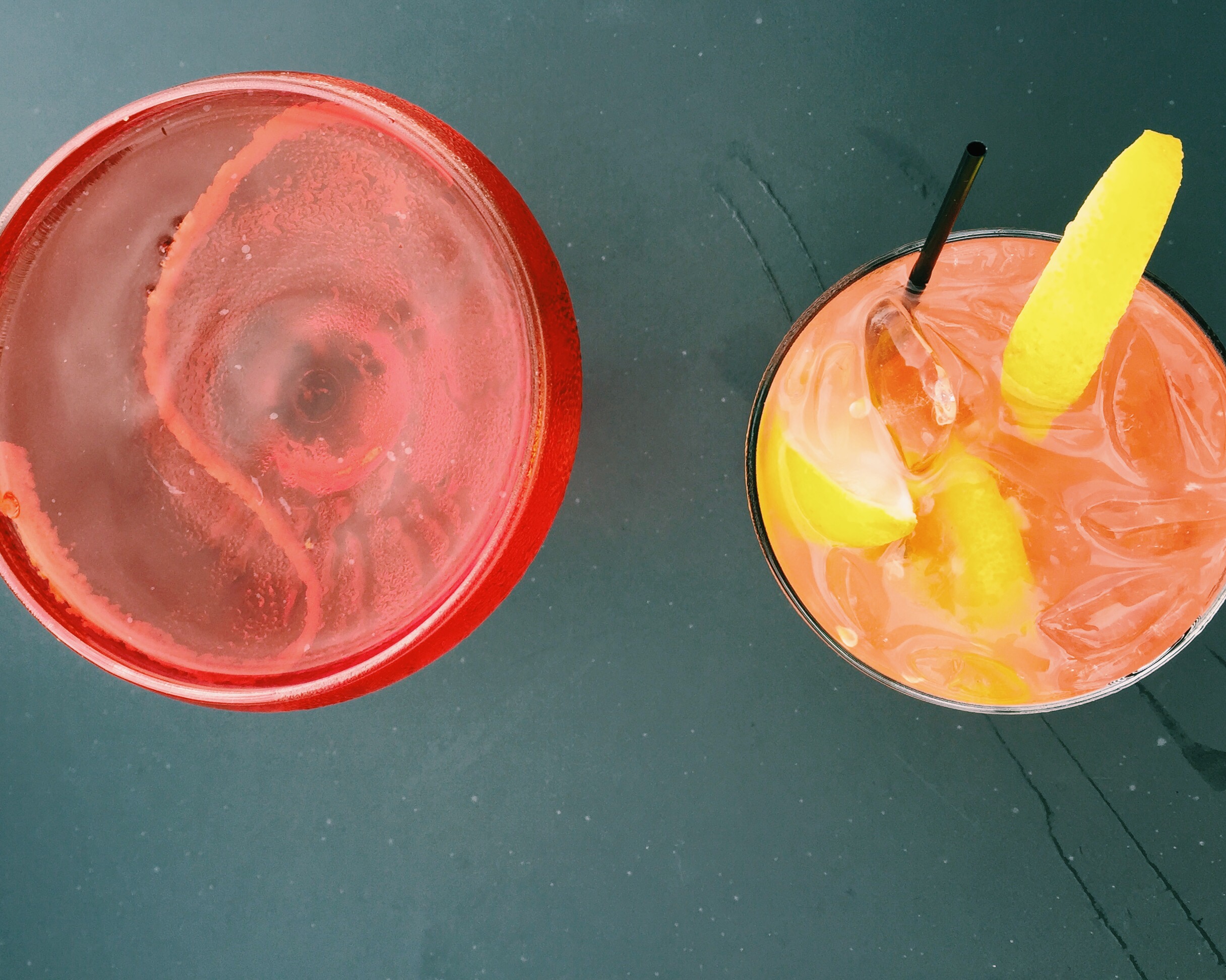 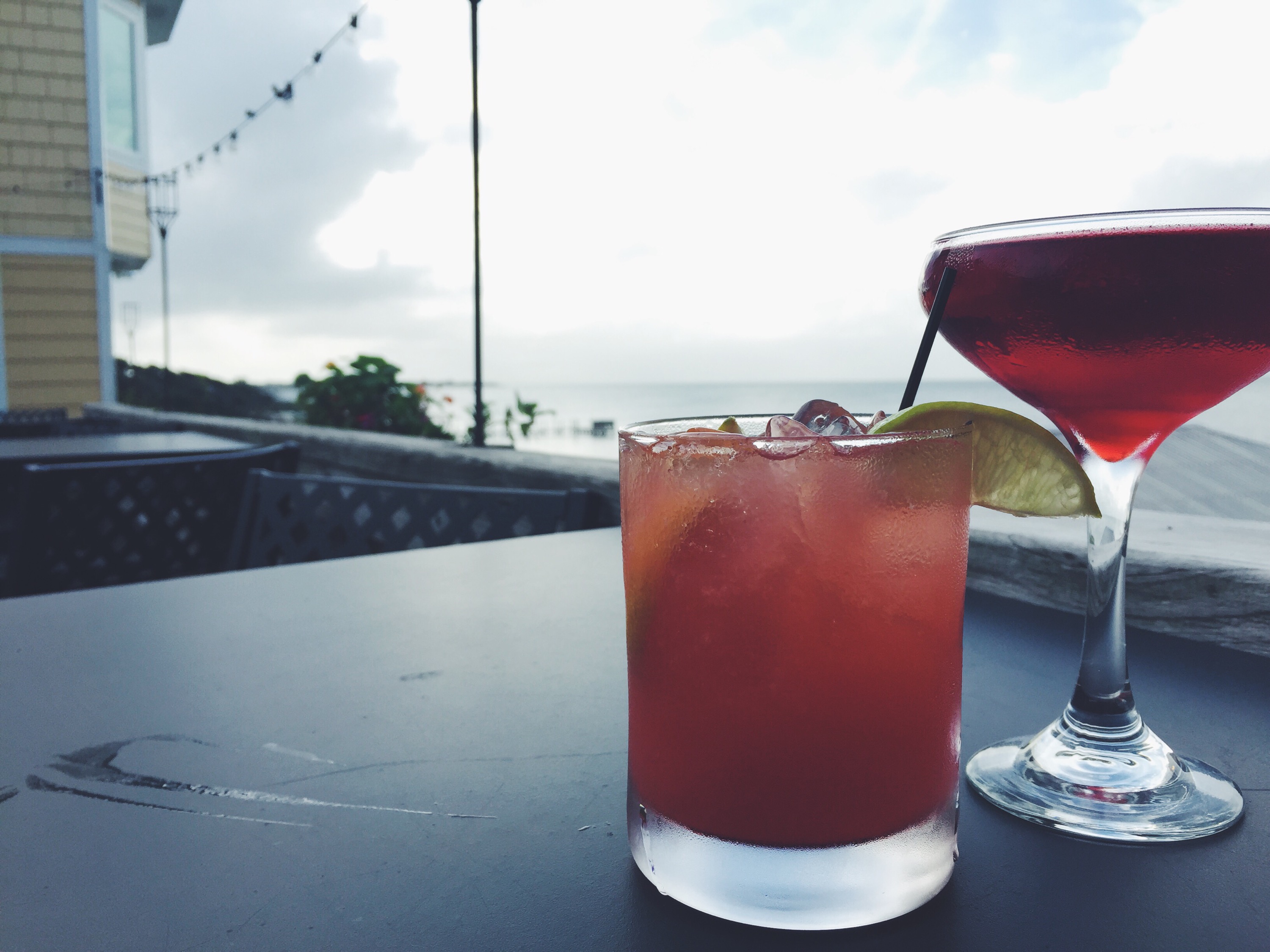 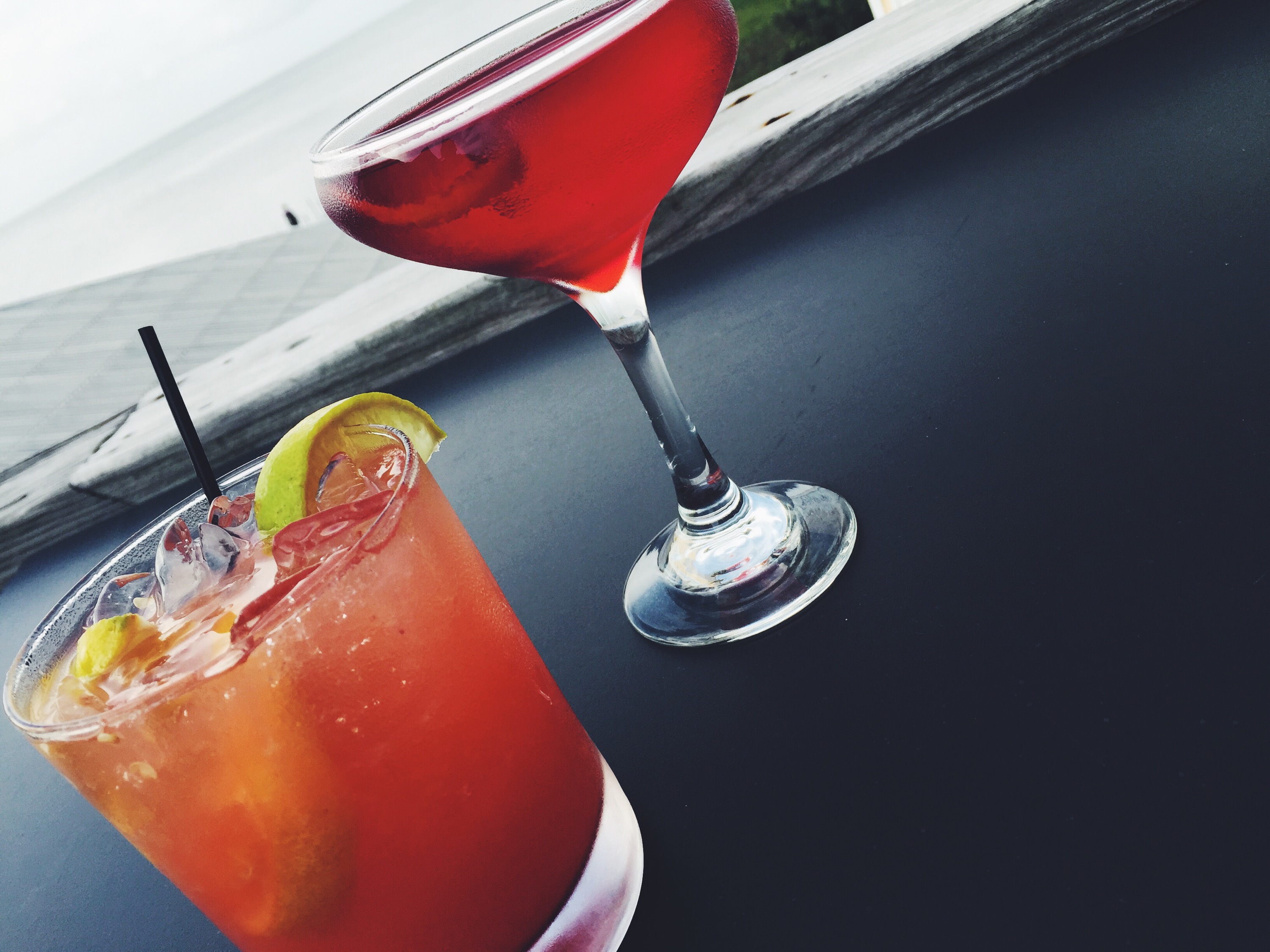 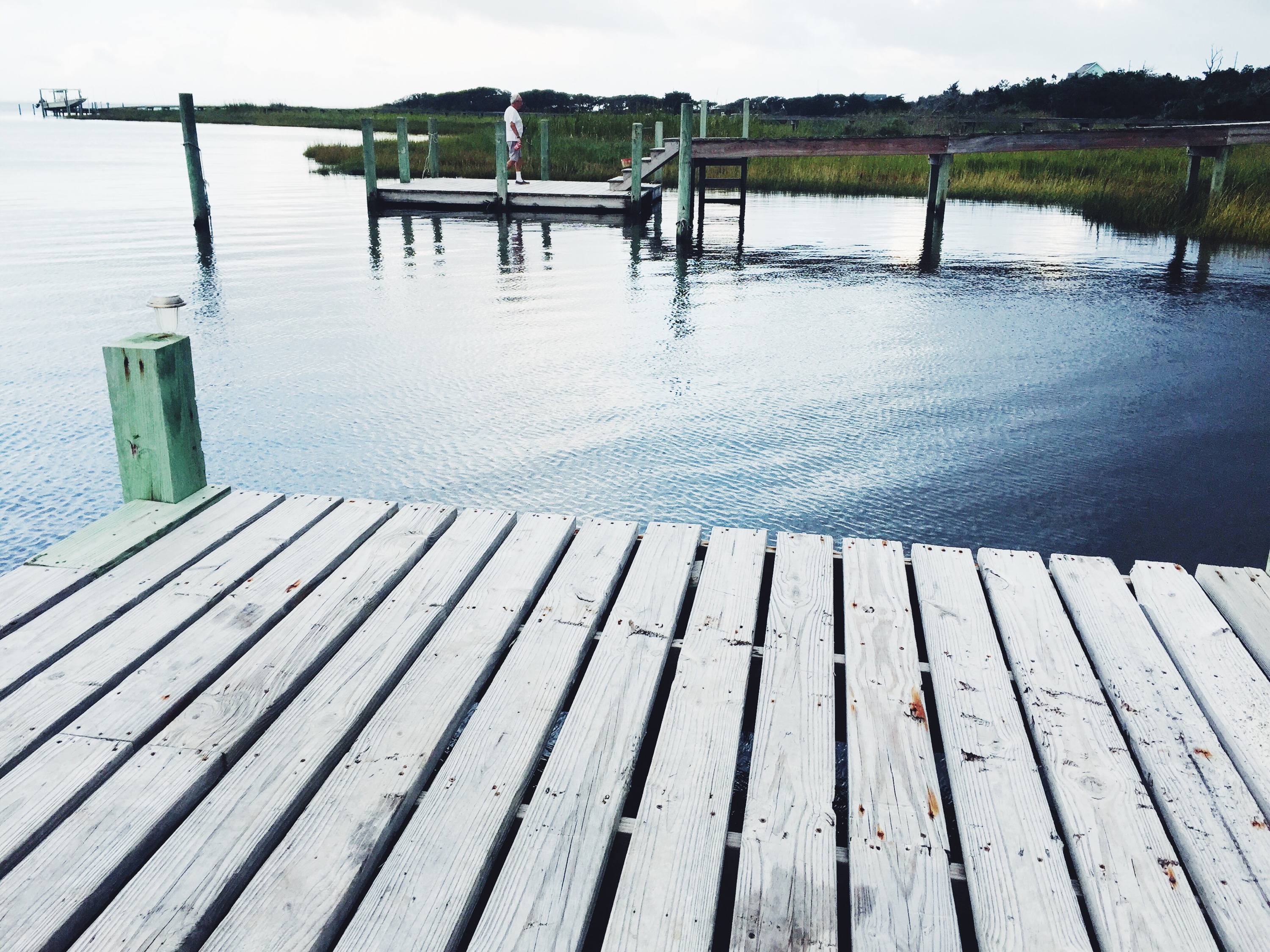 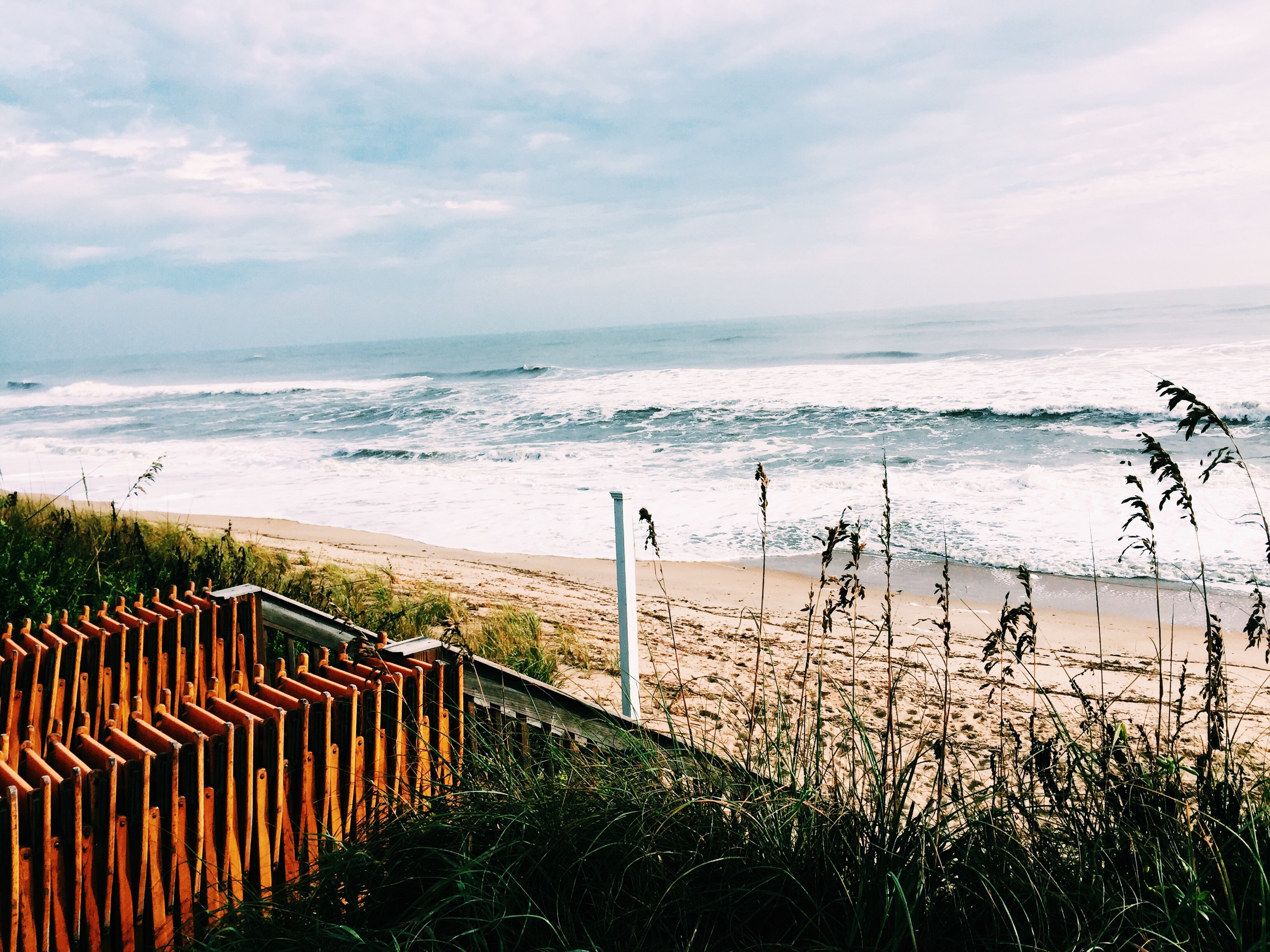