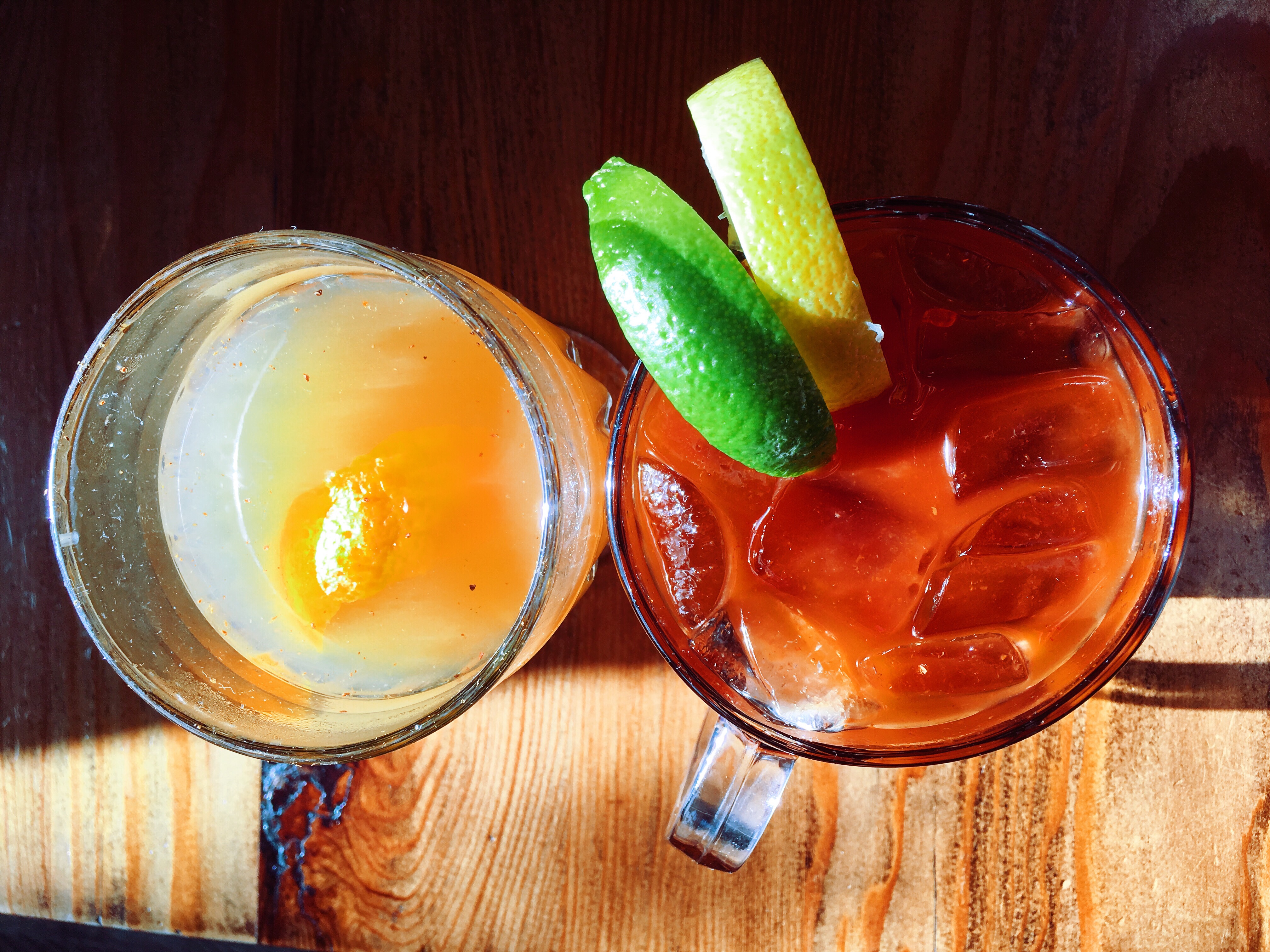 06 Feb Where You Should Be Drinking in Boston: Bronwyn

After a two year absence, we returned to our home in Union Square noticing some things we’d overlooked the first time around. For instance, we noticed just how fast and recklessly cars whip around the corner in front of our building; having gotten used to our slow, quiet block in DC it was a little frightening, especially since we were just learning to navigate the neighborhood with a stroller. On the more positive side, there are places like Brownyn, the nouveau German restaurant in the middle of Union Square.

We’ve always liked Bronwyn. Our German friends tell us that the food is neither authentic nor very good, but since we’re not German we find it enjoyably different from our usual. They have a pleasantly secluded outdoor patio. Their dining room–part beer hall, part medieval castle in its decor–is a warm and comfortable place for a beer, or even a cocktail, which they’re surprisingly good at mixing. We like Bronwyn, but we never went there. It’s one of those places about which we said, ‘We can always go to Bronwyn,’ and therefore never did.

This time around, trying to decide where we could go for brunch, one of us said, ‘How about Bronwyn?’ And we went. We split a German pancake and a sausage and egg plate, both of which were massive, hearty, and delicious. The brunch cocktail list was longer and more interesting than the usual.

We are, of course, on the search for the best Bloody Mary in the world. The Blustig Mara did not come away with the champion’ belt, but it was interesting. The use of paprika instead of Tabasco made a bigger difference than we would have expected, and given the difference tasted better than we might have thought. Overall, we’ll probably prefer a more conventionally spicy Mary, but we enjoyed the change of pace.

We also appreciated the thoughtful use of Central European elements. Not only was the paprika from Hungary, but the vodka was Polish potato vodka. It’s unclear whether the potato affected the flavor of the drink, but we appreciated sticking with the regional theme.

That regional emphasis continued with the German honey liqueur in the Apfelmacht. The hot mulled apple cider was a perfect drink for a cold winter day. It was a welcoming blend of fruit and flowers, sweet and spice, with a rich, velvety finish. We could have sat by the fire all day sipping that one. 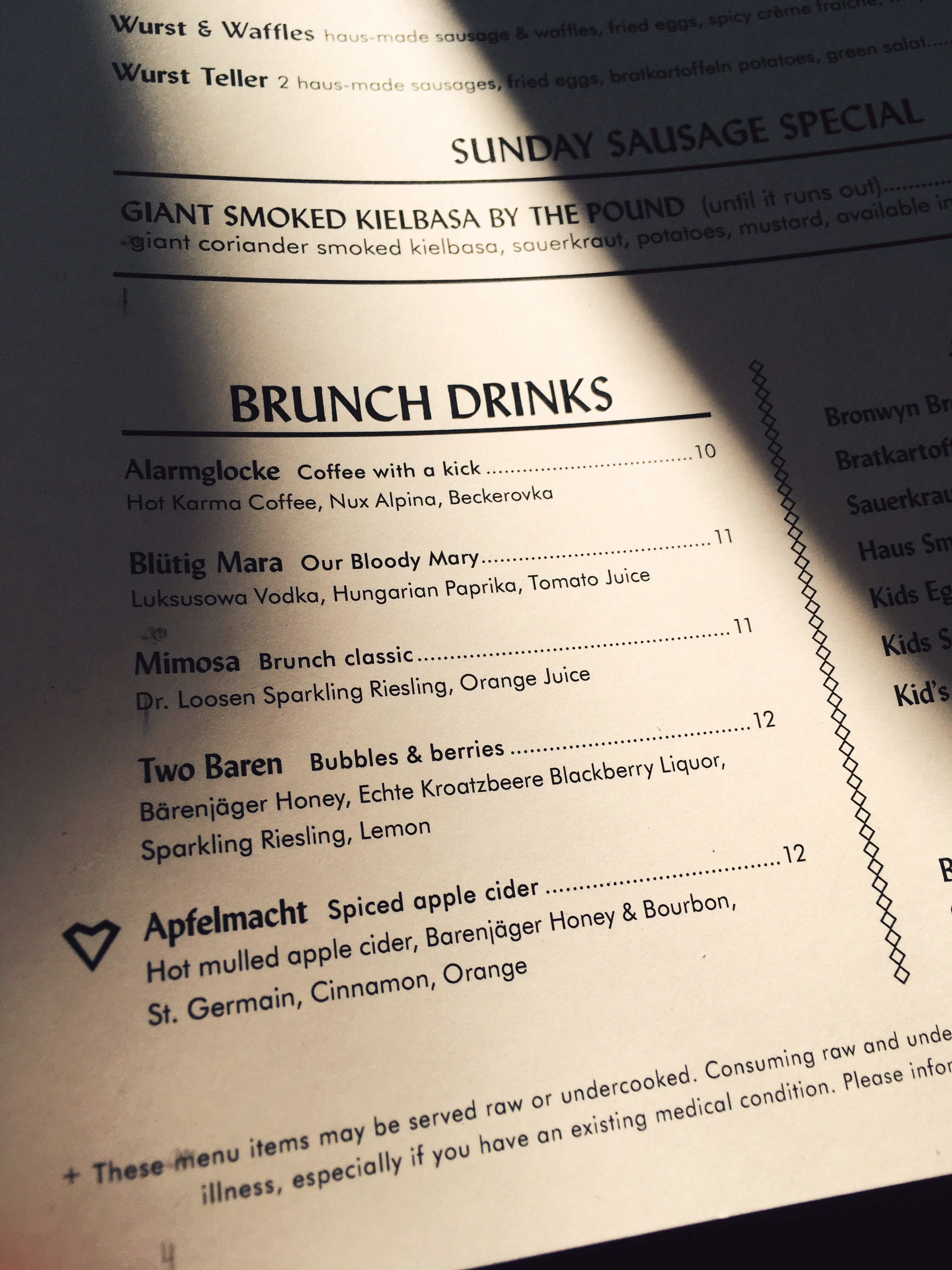 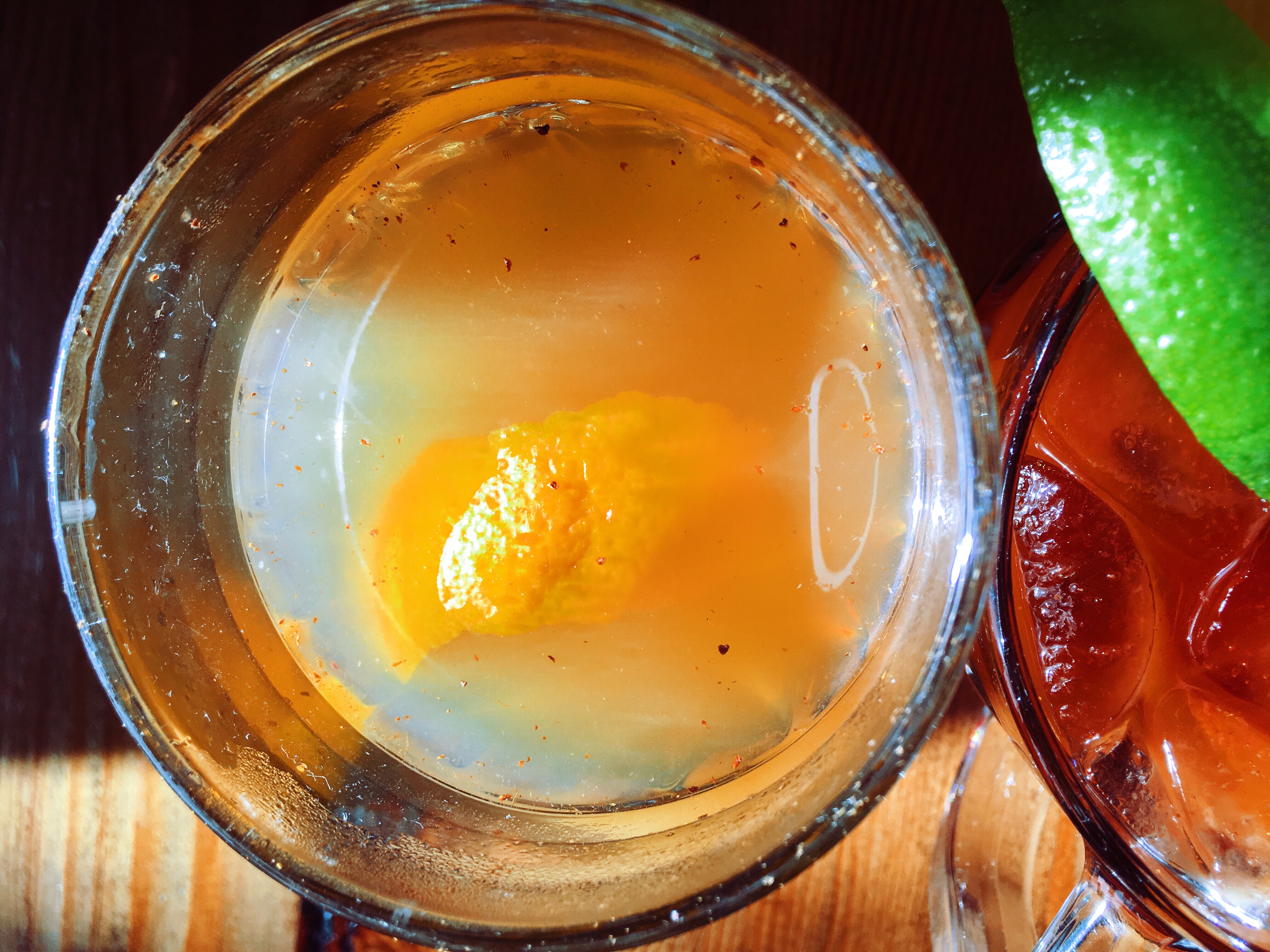 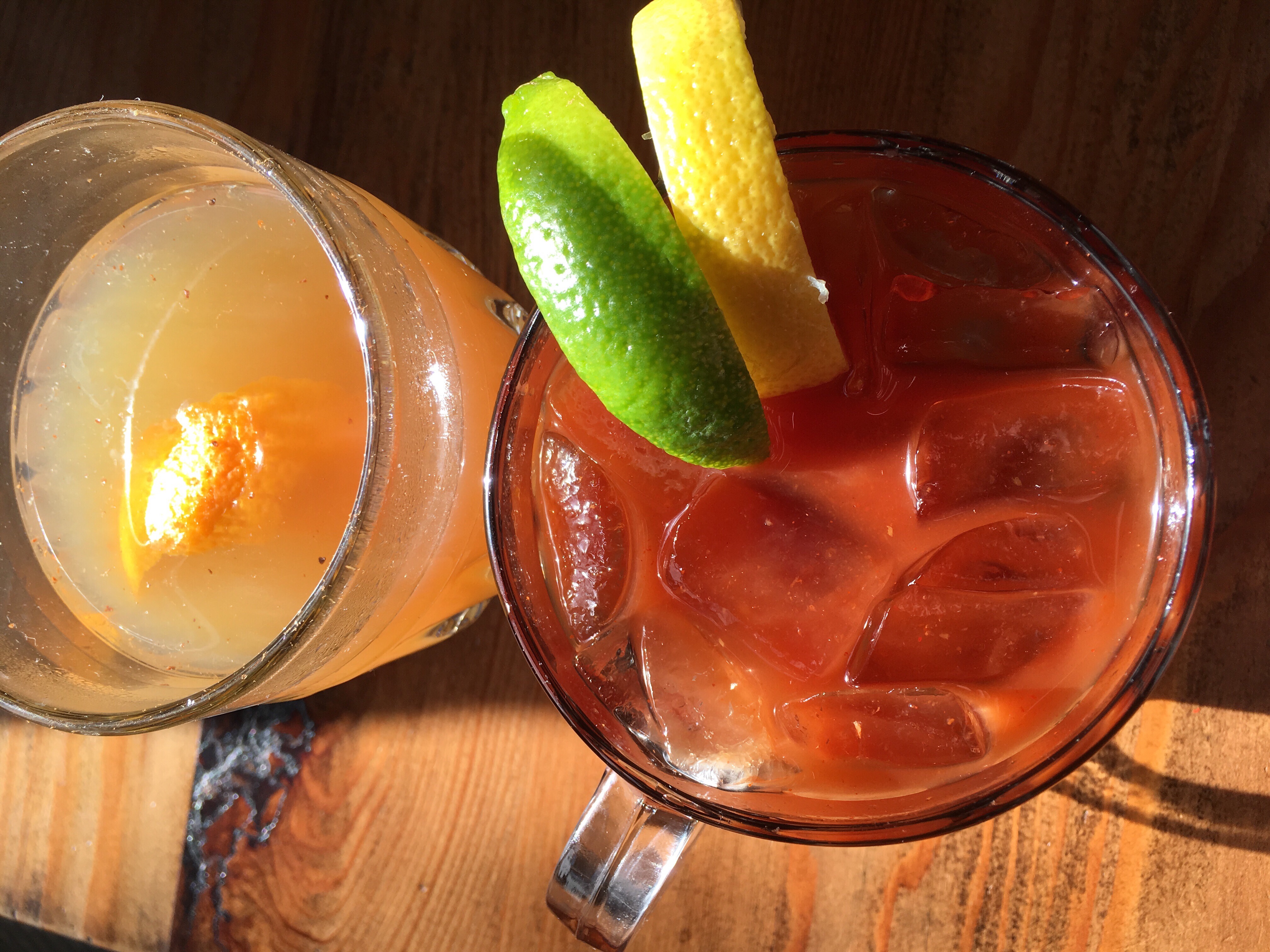 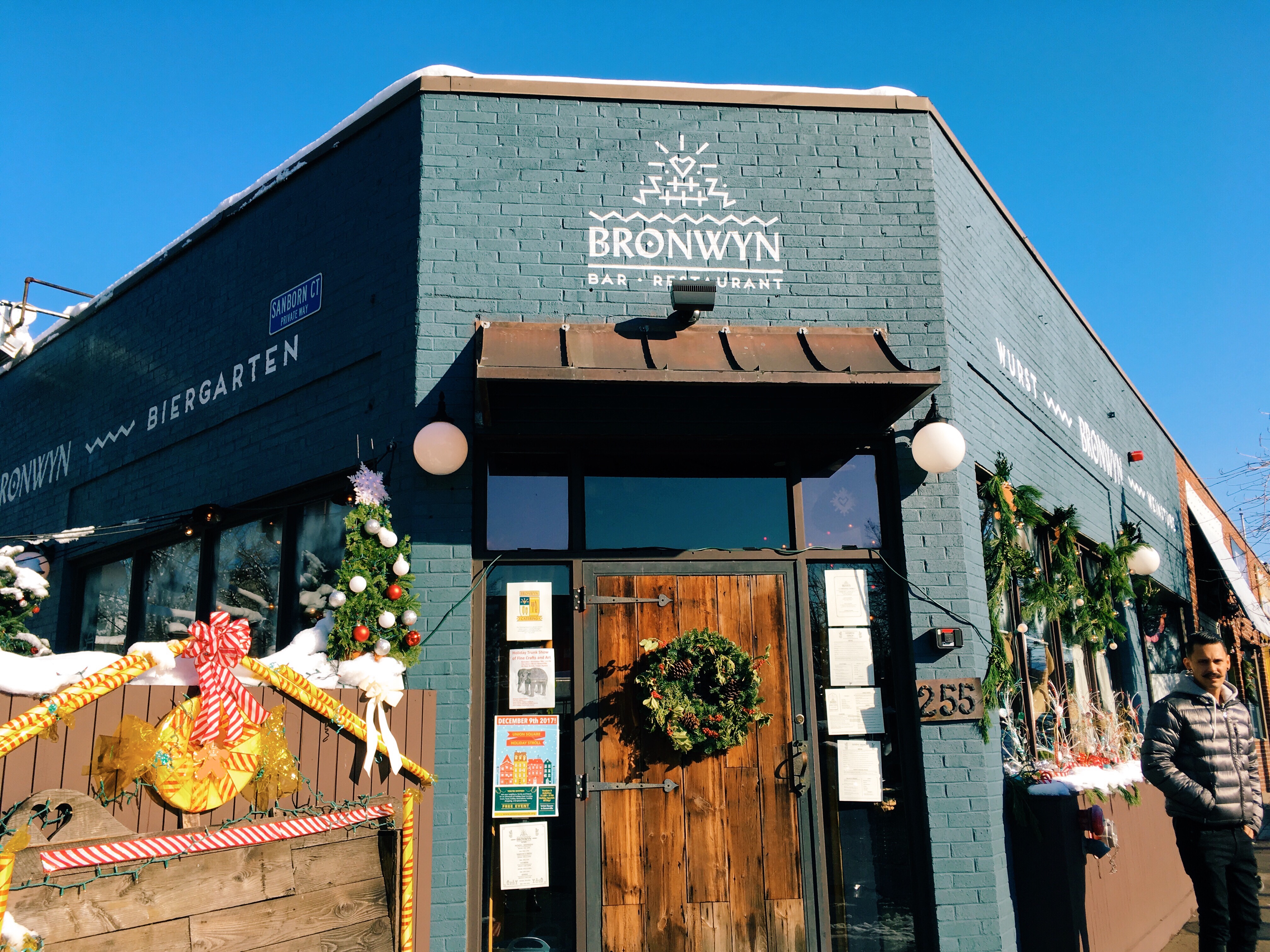 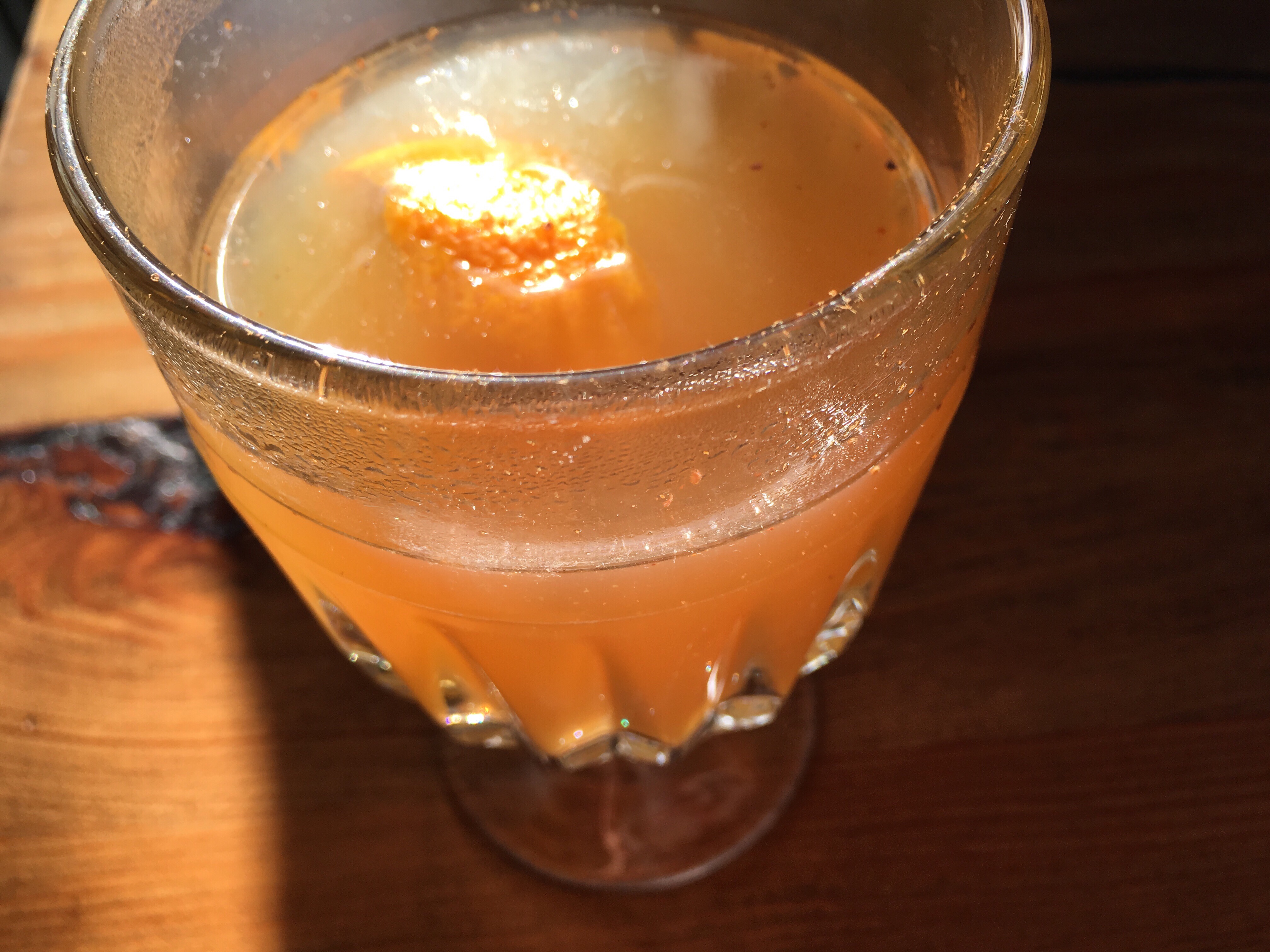 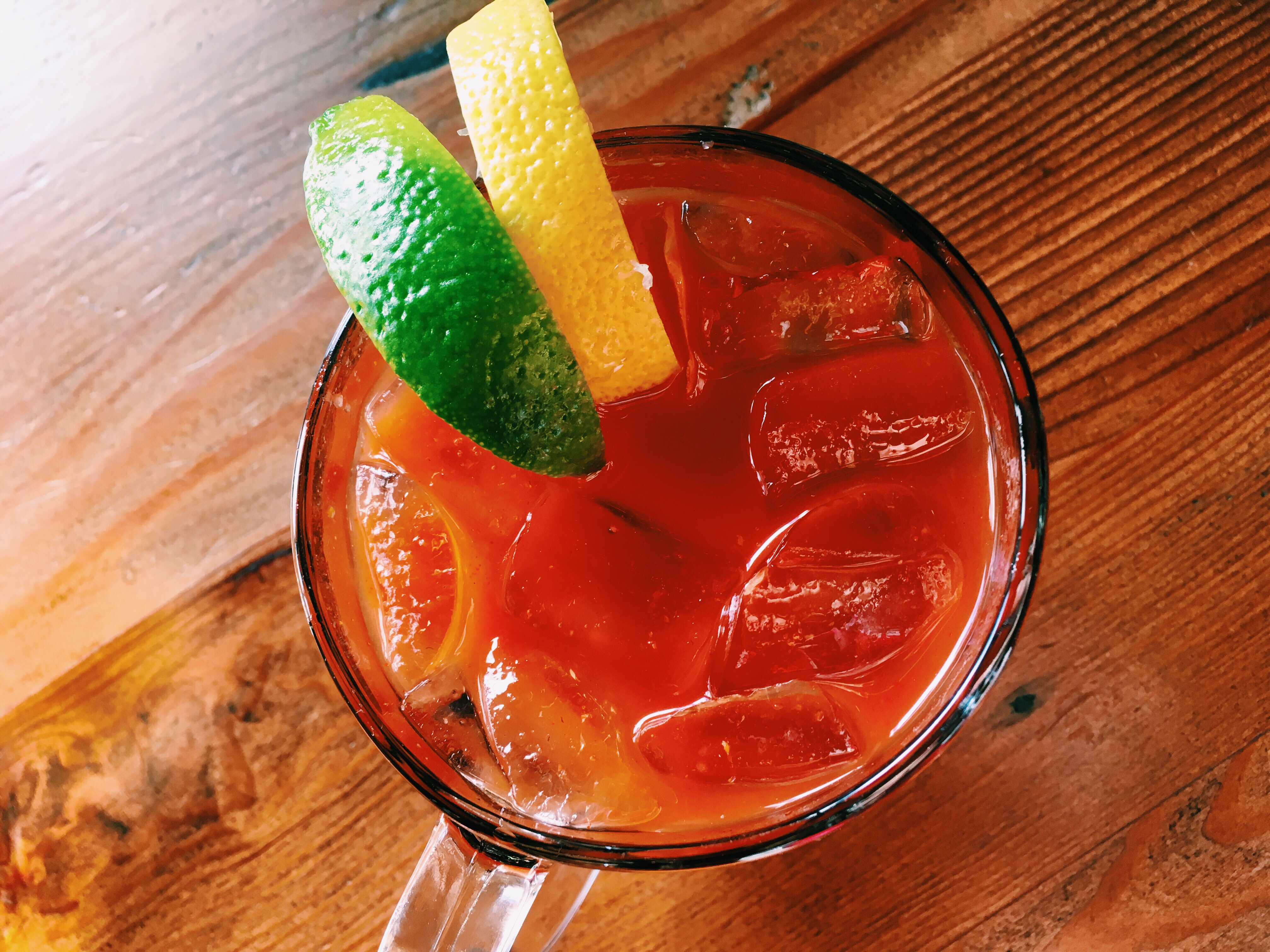 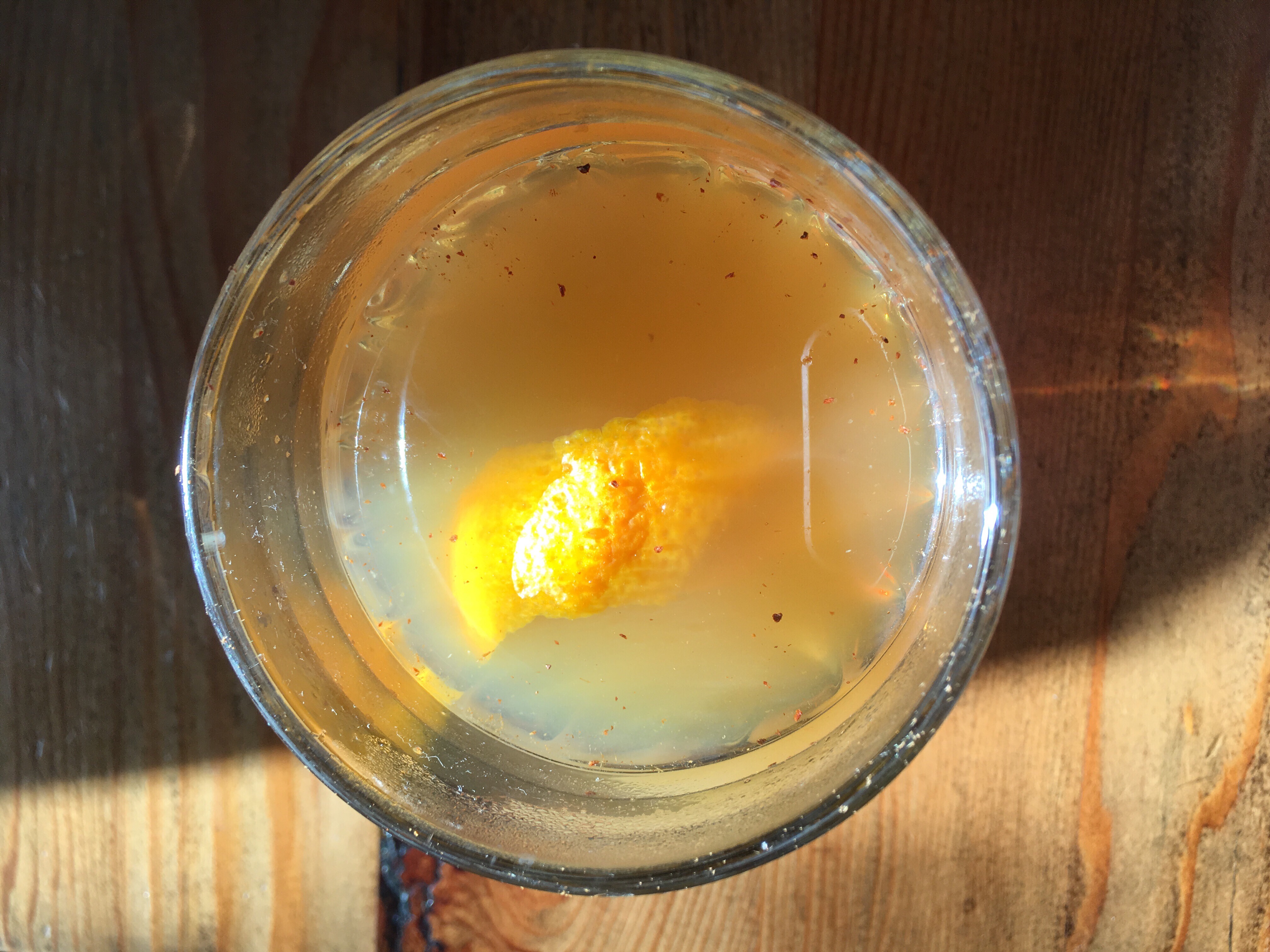 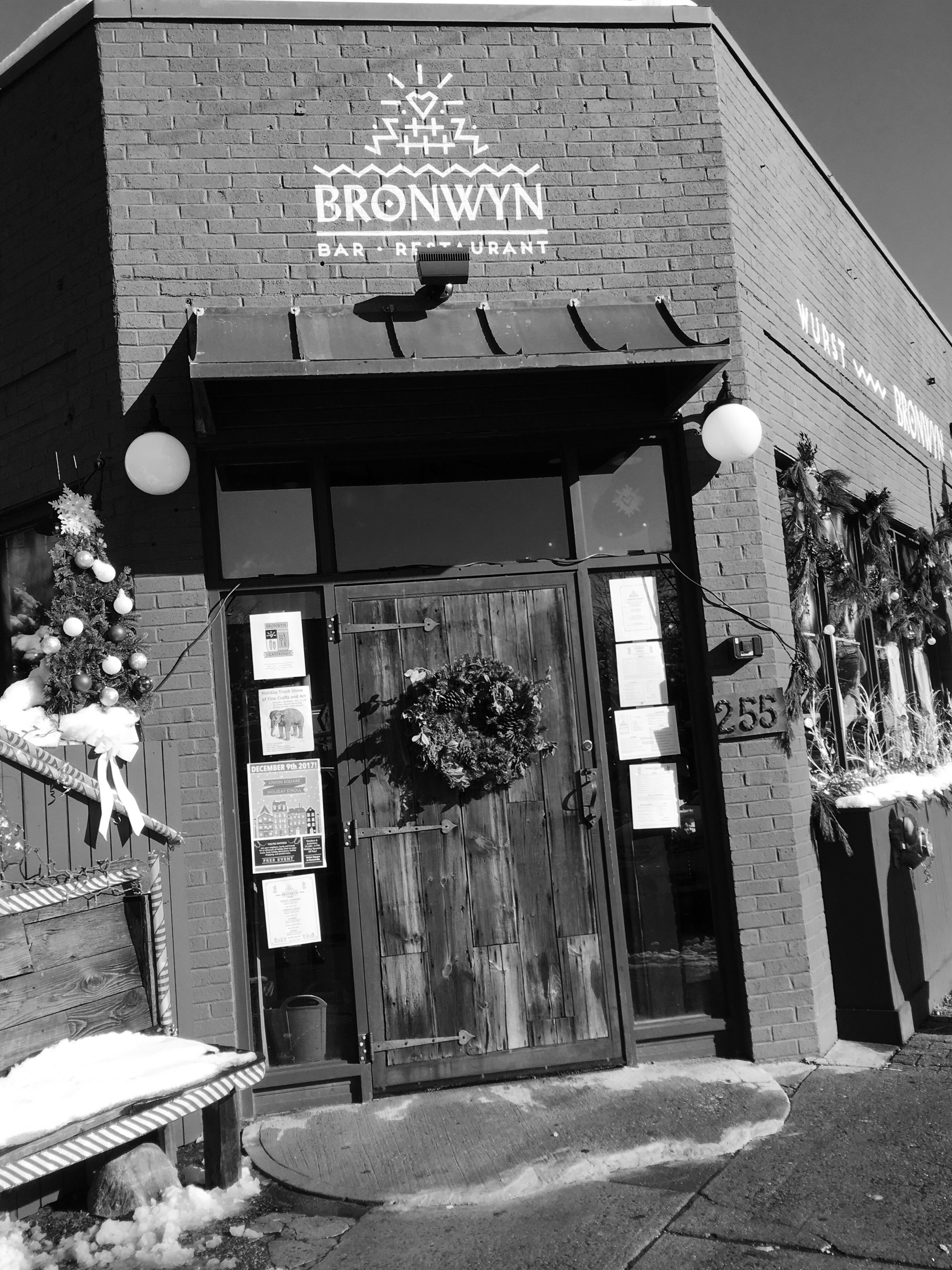