Where You Should Be Drinking: Boston’s Porto + Greek Negroni Cocktail Recipe 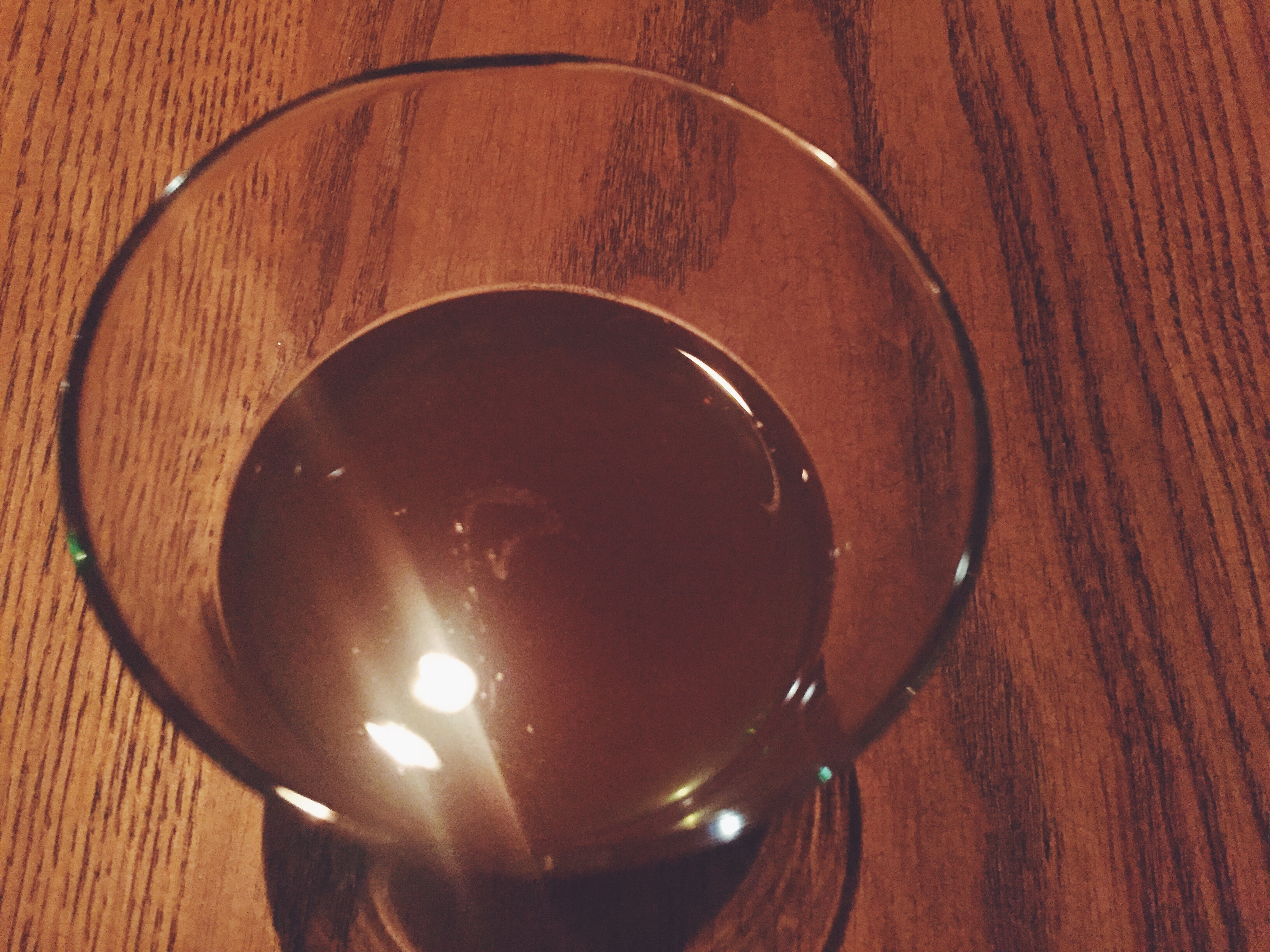 13 Feb Where You Should Be Drinking: Boston’s Porto + Greek Negroni Cocktail Recipe

Where You Should Be Drinking: Boston’s Porto

We’ve told you probably endlessly how we lived in Boston for many years. We’ve been in the District for long enough that we should probably stop mentioning Boston, right? Well it still holds such a fond place in our hearts, and the Ah-mazing Super Bowl from last week only got us on a Boston-is-the-best kick all over again. One of the hardest things about moving away from a place so close to your heart is coming to terms with the fact that IT FREAKING CHANGES.

New restaurants open! Old ones close! Buildings finally get finished. And, infuriatingly and somewhat comfortingly, the existing Green Line never gets any better and the future Green Line extensions get no closer to be completed.

Porto is one of those new places that have cropped up since we’ve been gone. Located on Ring Road, right around the corner from the Prudential Center which–also after years of construction–is finally done in it’s shiny glory, complete with an Eataly. Boston, you just keep getting better.

Porto is cousin to Trade, the Downtown-en-route-to-Fort-Point, after-work-go-to that captivates you by it’s massive window, stamped with larger than life block letters spelling, you guessed it, T-R-A-D-E. So you can imagine that Porto would be received with quite the welcome. Plus it has an edge up in it’s new home; While Newbury & the Pru have so much going for them, they still seem to consistently lack reliable restaurants. Their seafood-focused, Mediterranean-inspired menu was good, but perhaps what was most surprising was such a varied drink menu. 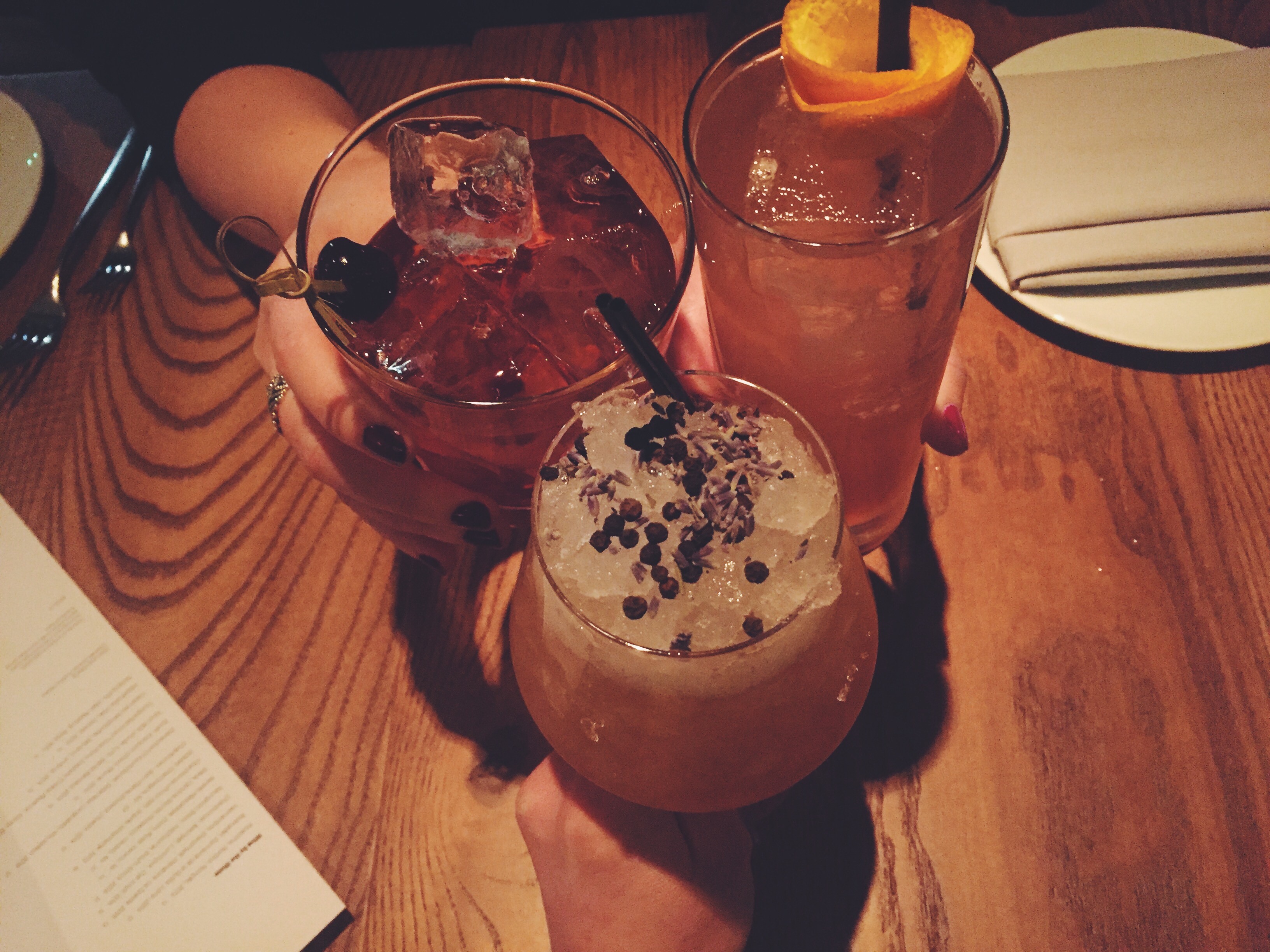 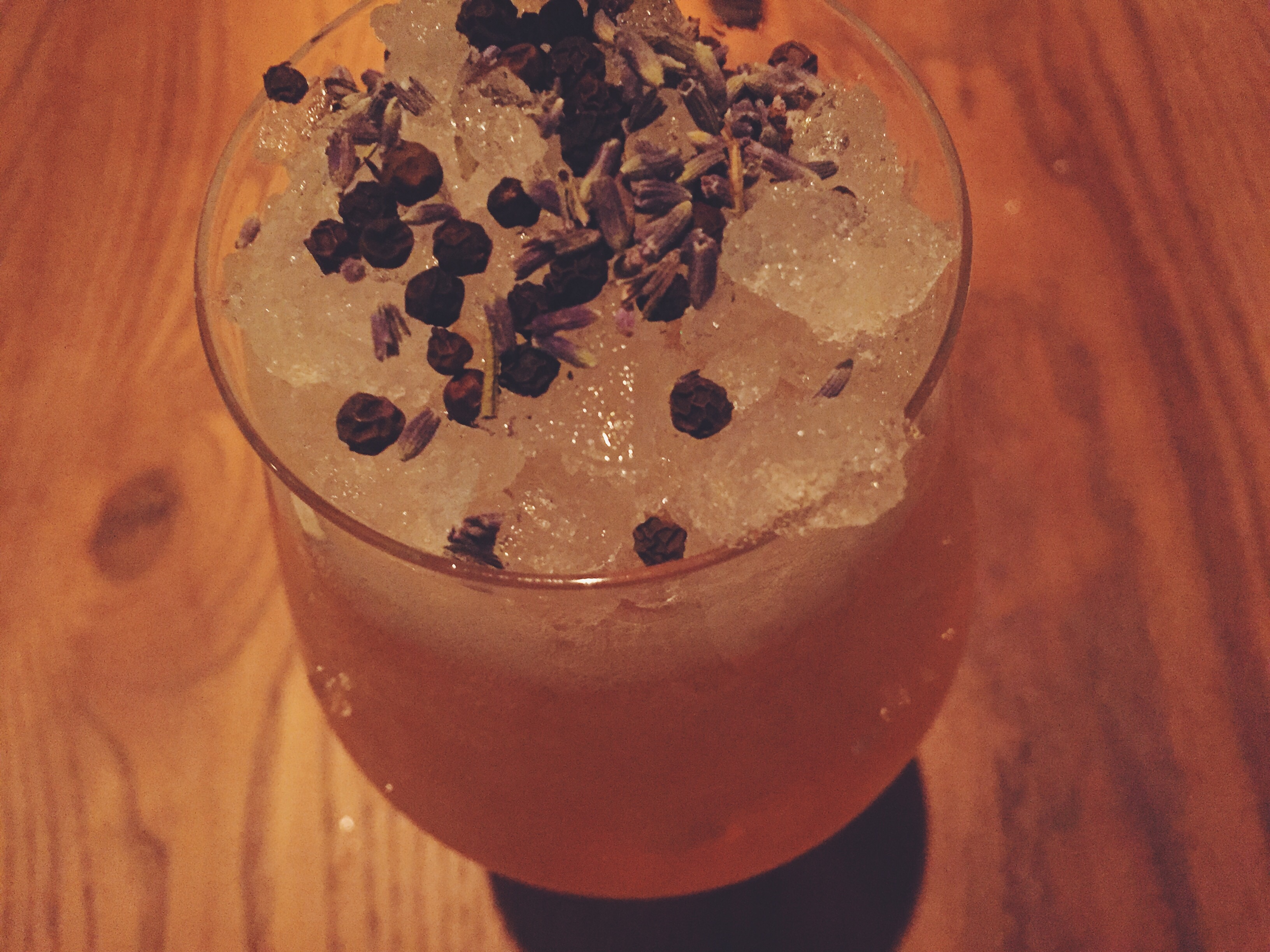 The San Juan Breeze tastes exactly like you’d expect: sweet, bubbly, and the right amount of fruity. Winter in Boston is not the exact backdrop that the drink’s creator likely had in mind, but escapism, however momentary, is a perfectly acceptable coping method to survive New England winters; so cheers to anything remotely tropical. Despite my efforts to resist, I currently have a magnetic relationship with mezcal. Eight times out of 10, I dislike a mezcal cocktail. But ever since I tasted this beaut during our drinking tour of the suburbs, I just can’t say no to mezcal when I see it on the menu. So I ordered the Parfumeur, and was not disappointed! The sweetness of the Cocchi cut some of that infamous mezcal biting aftertaste. The Cynar added some further depth and complexity. The lemon came through quite prominently. The black-pepper infusion wasn’t noticeable but the peppercorn and lavender garnish was a nice touch…until the ice started to melt and you got a swig of lavender flakes with each sip.

Porto also has a cocktail cart with a rotating drink every month. The bartender wheels his cart over and crafts your cocktail right in front of you. This month was a daquiri with an aged rum and a spiced rum, that was not shaken or stirred but thrown. Yep, we told you about ‘throwing’ being all the rage.

The winner of the night was by far the Greek Negroni. To say the waiter tried to convince me not to order this drink would be an understatement. But I held to my guns, ordered it anyway, and immediately lost all respect for the waiter. This drink was FABULOUS. Why would he ever persuade someone not to order this. We first discovered the Greek Negroni’s base, Skinos, at the Alibi, and then recreated their Tears of Chios. The Greek Negroni was light, refreshing, and really interestingly complex. Salers is a bitter French apertif. Serious Eats thinks its an acquired taste, which is why, I’m assuming, my waiter suggested an alternative, but I still hold to it blending perfectly with the Skinos and vermouth. 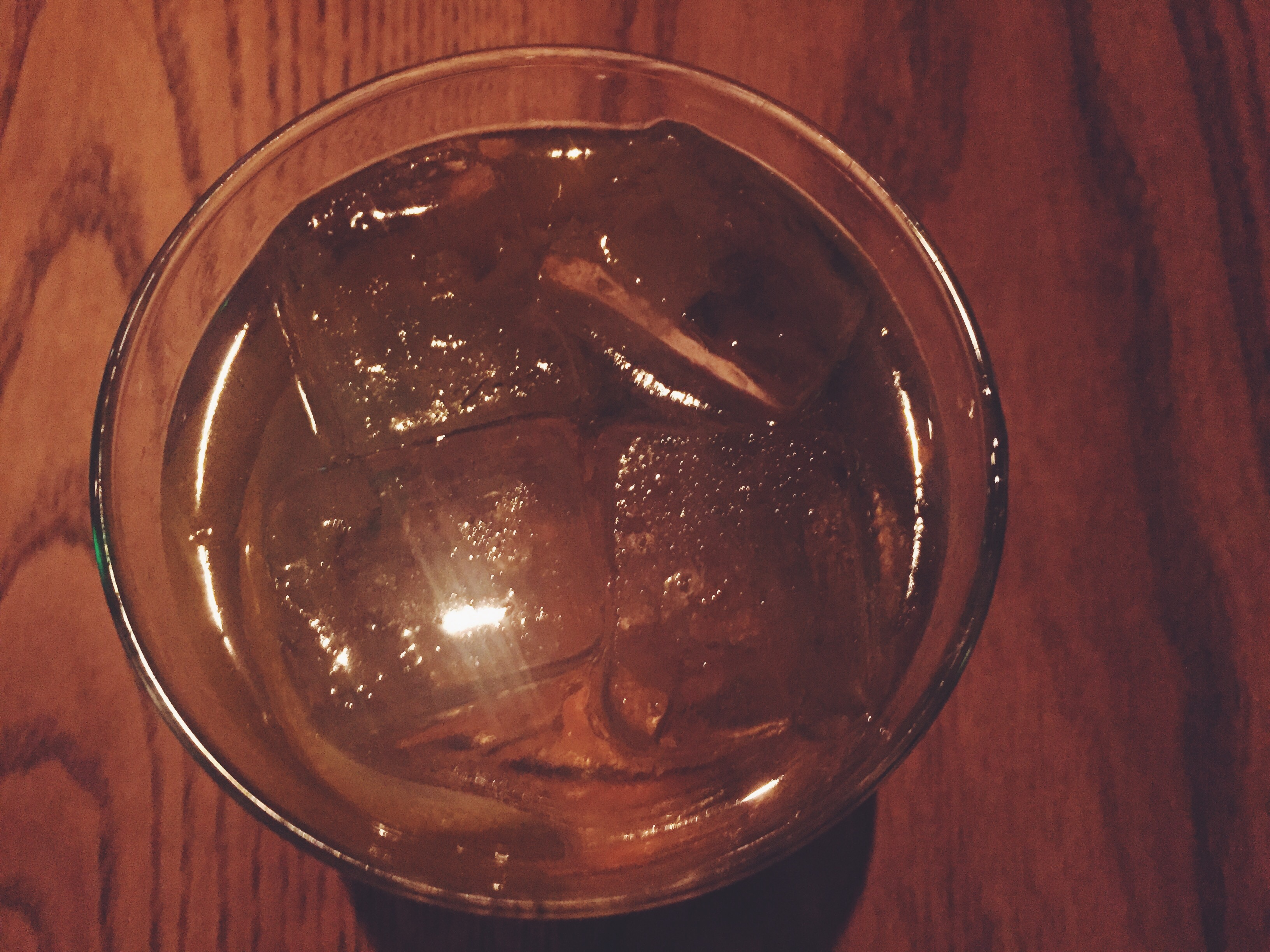 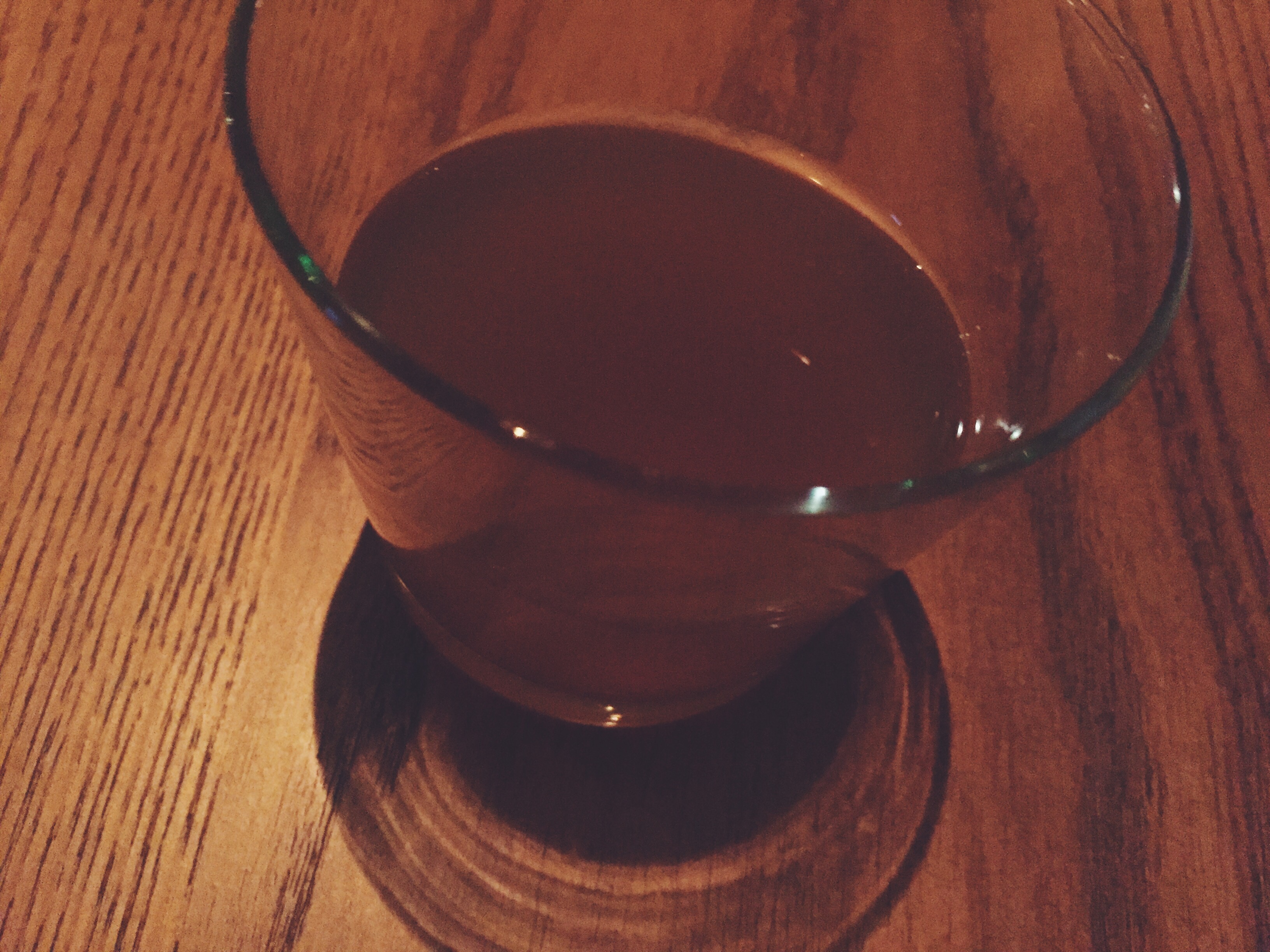 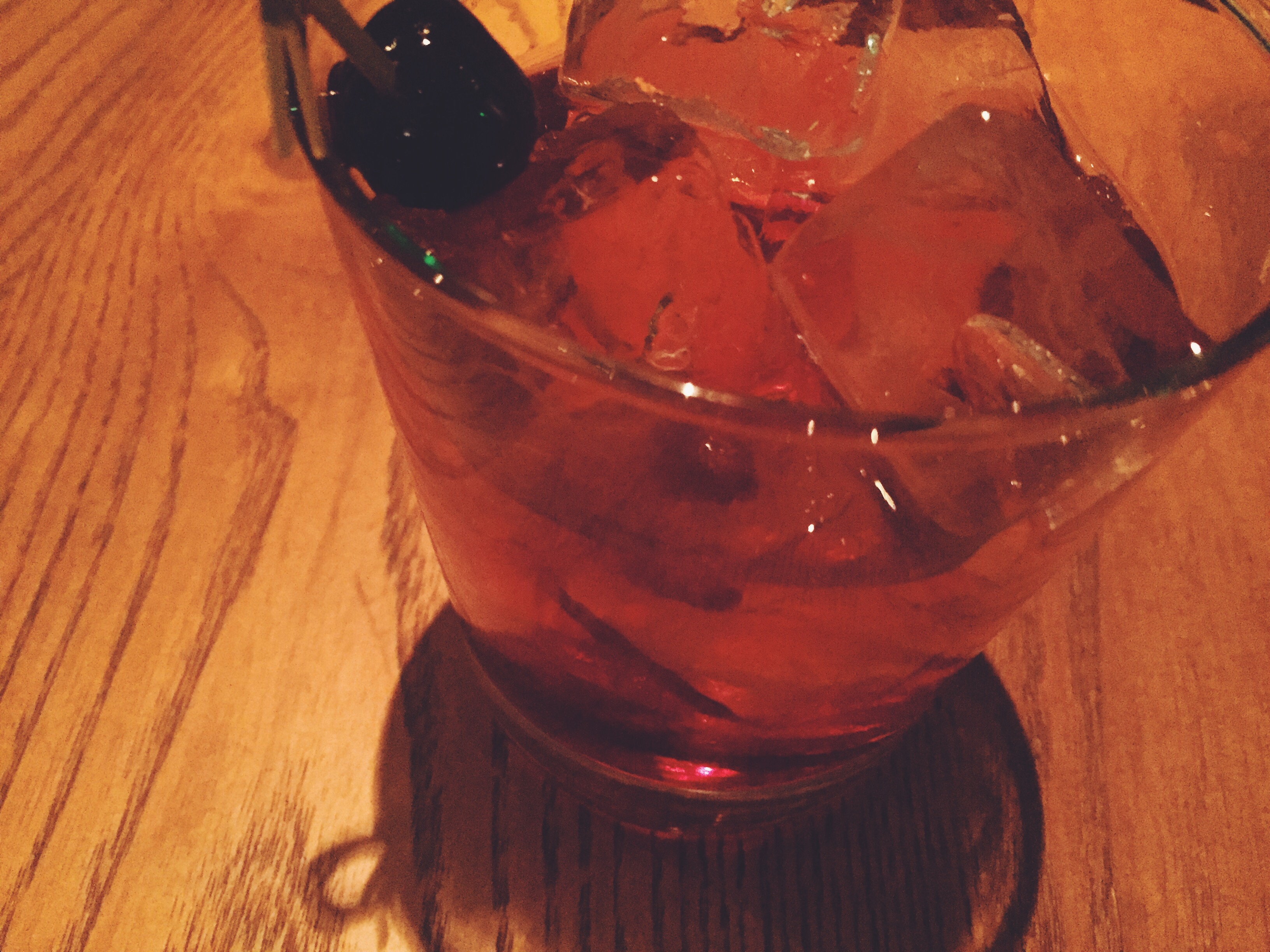 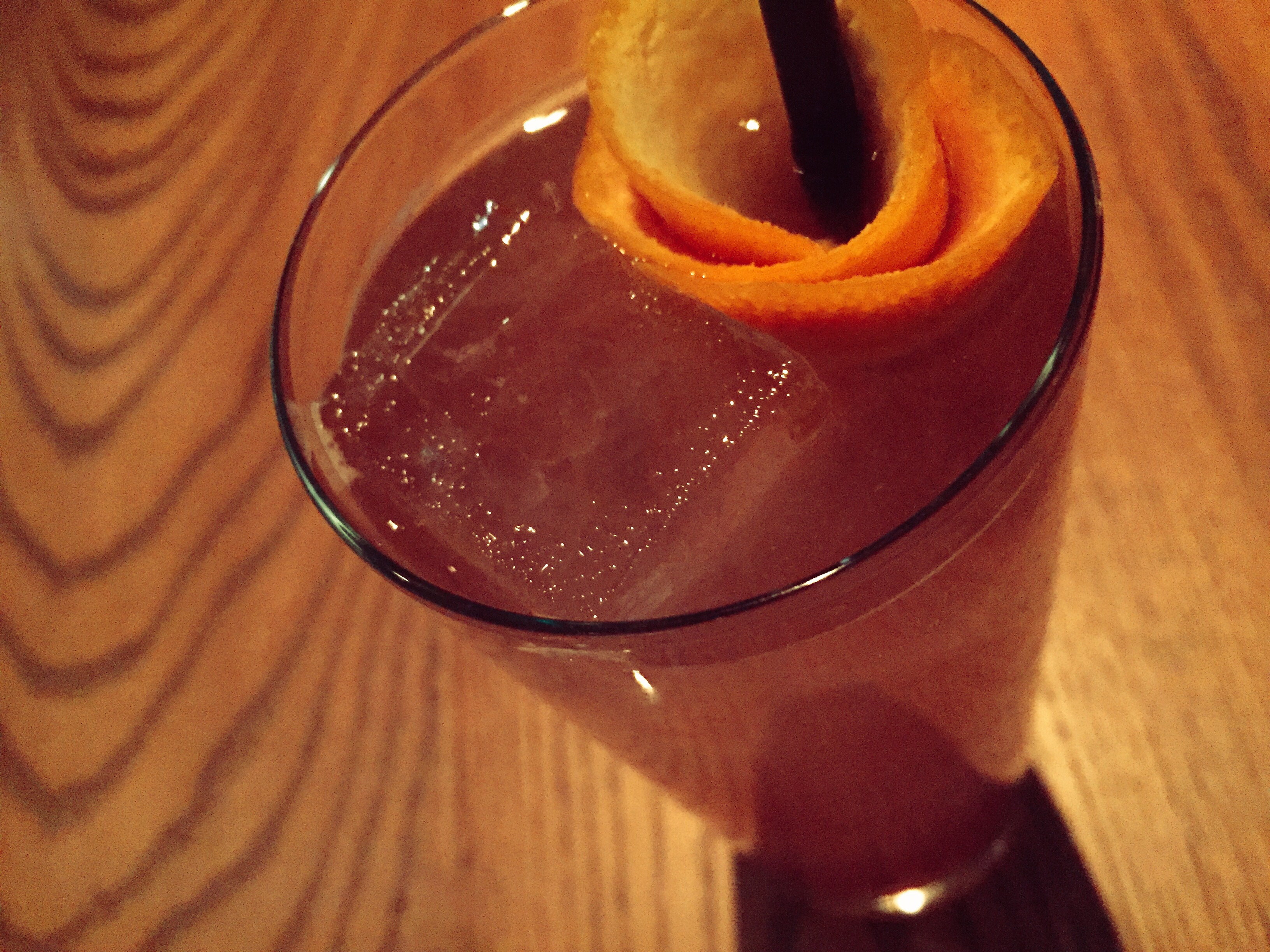 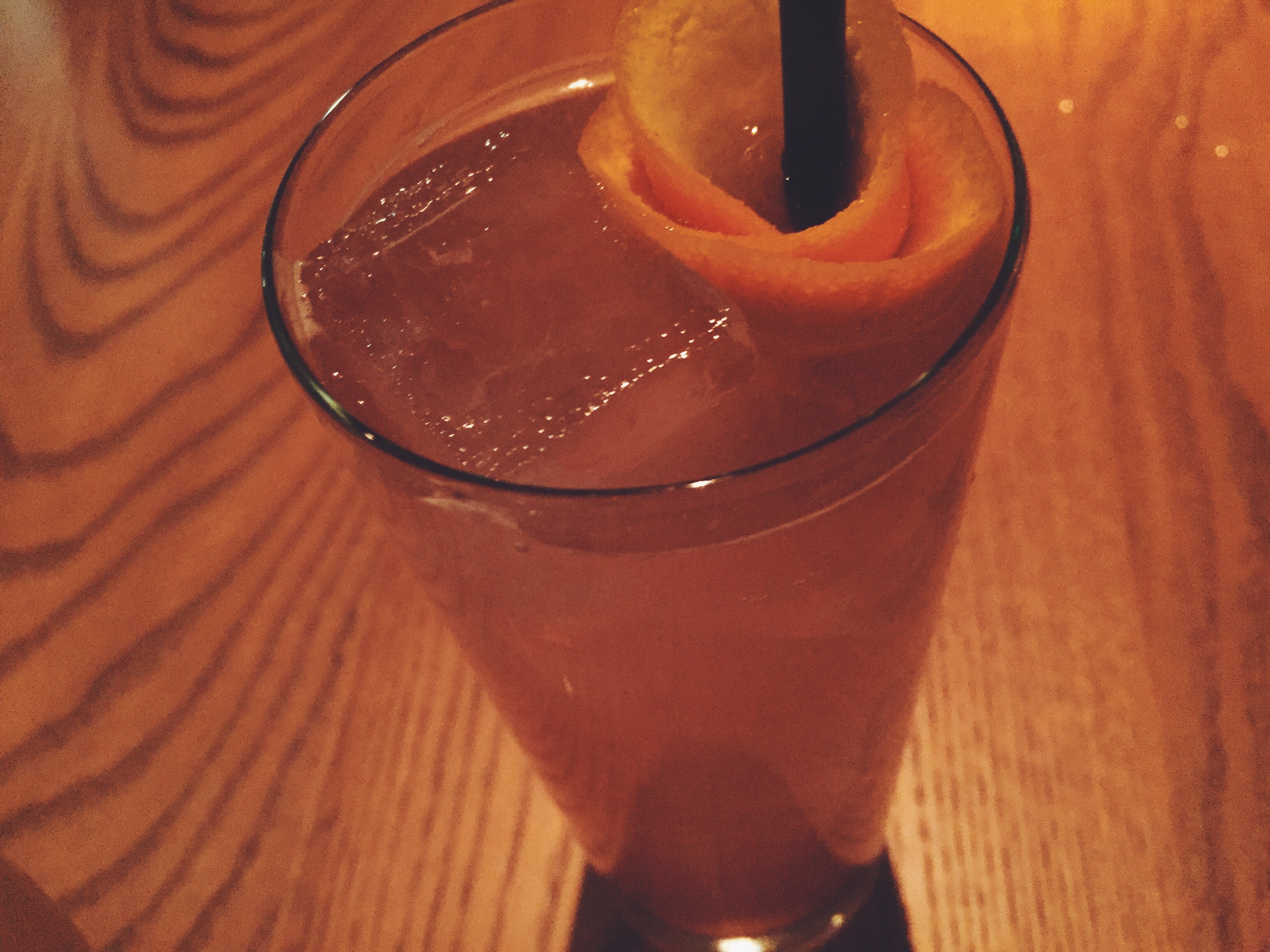 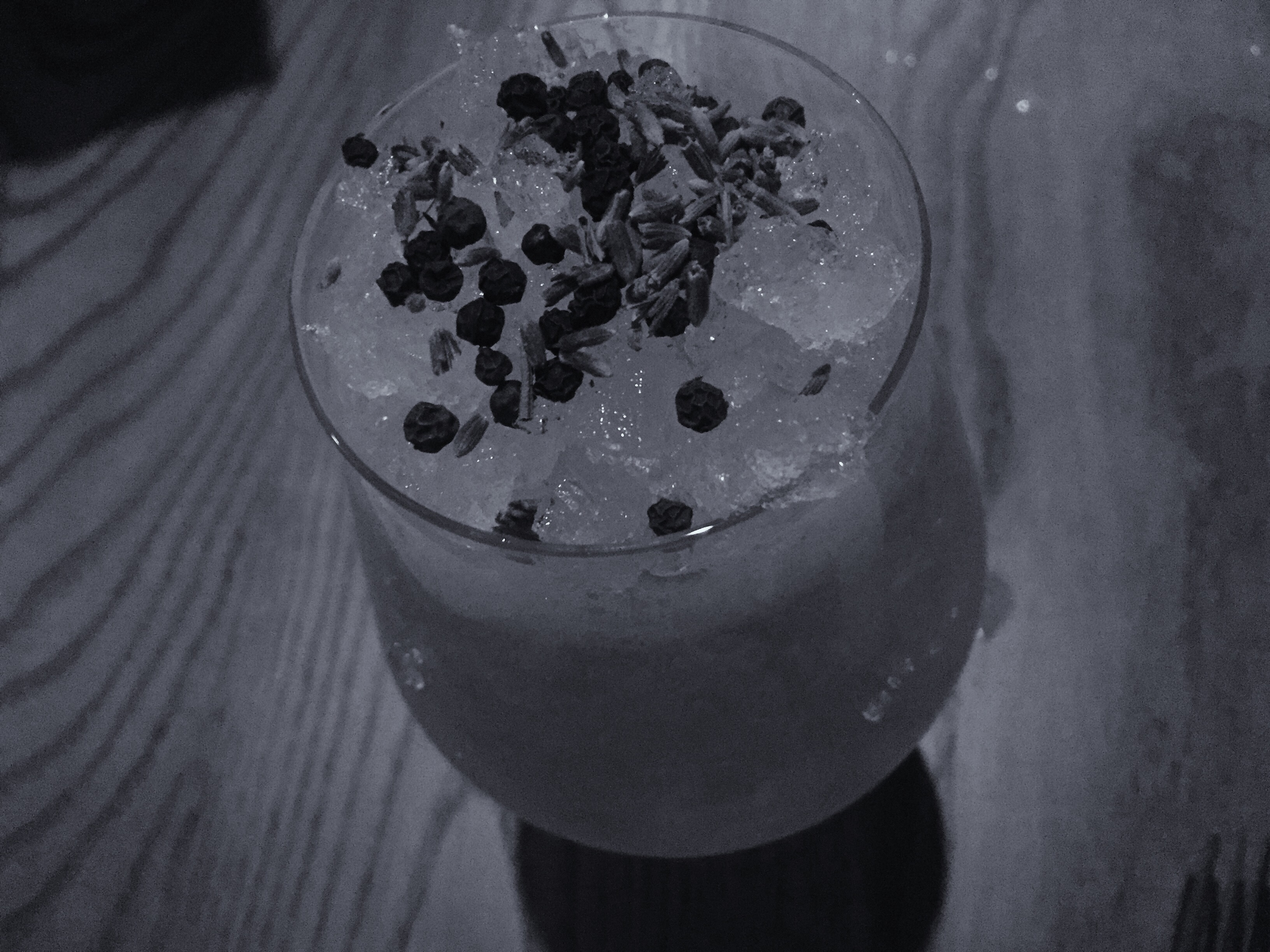 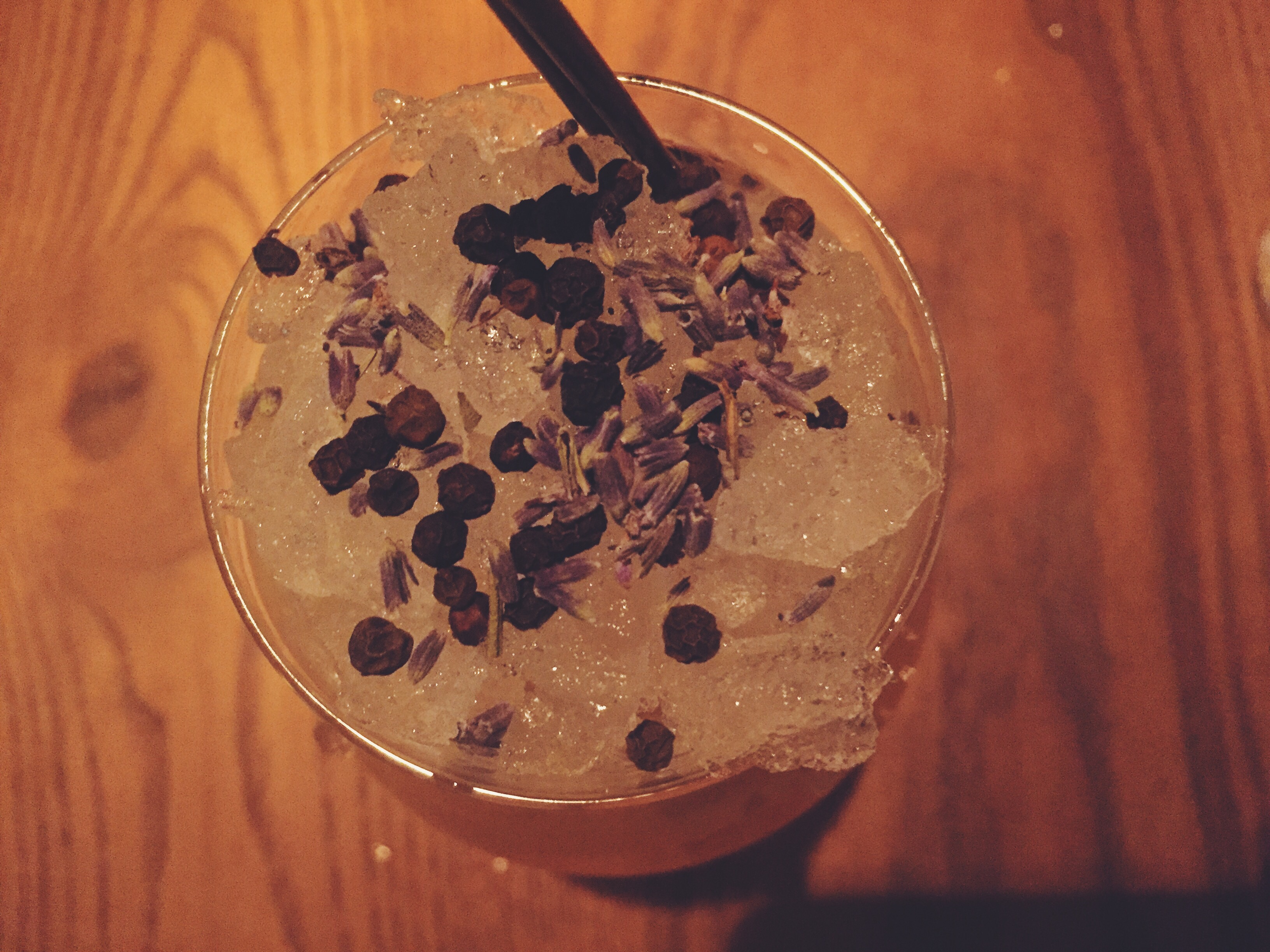 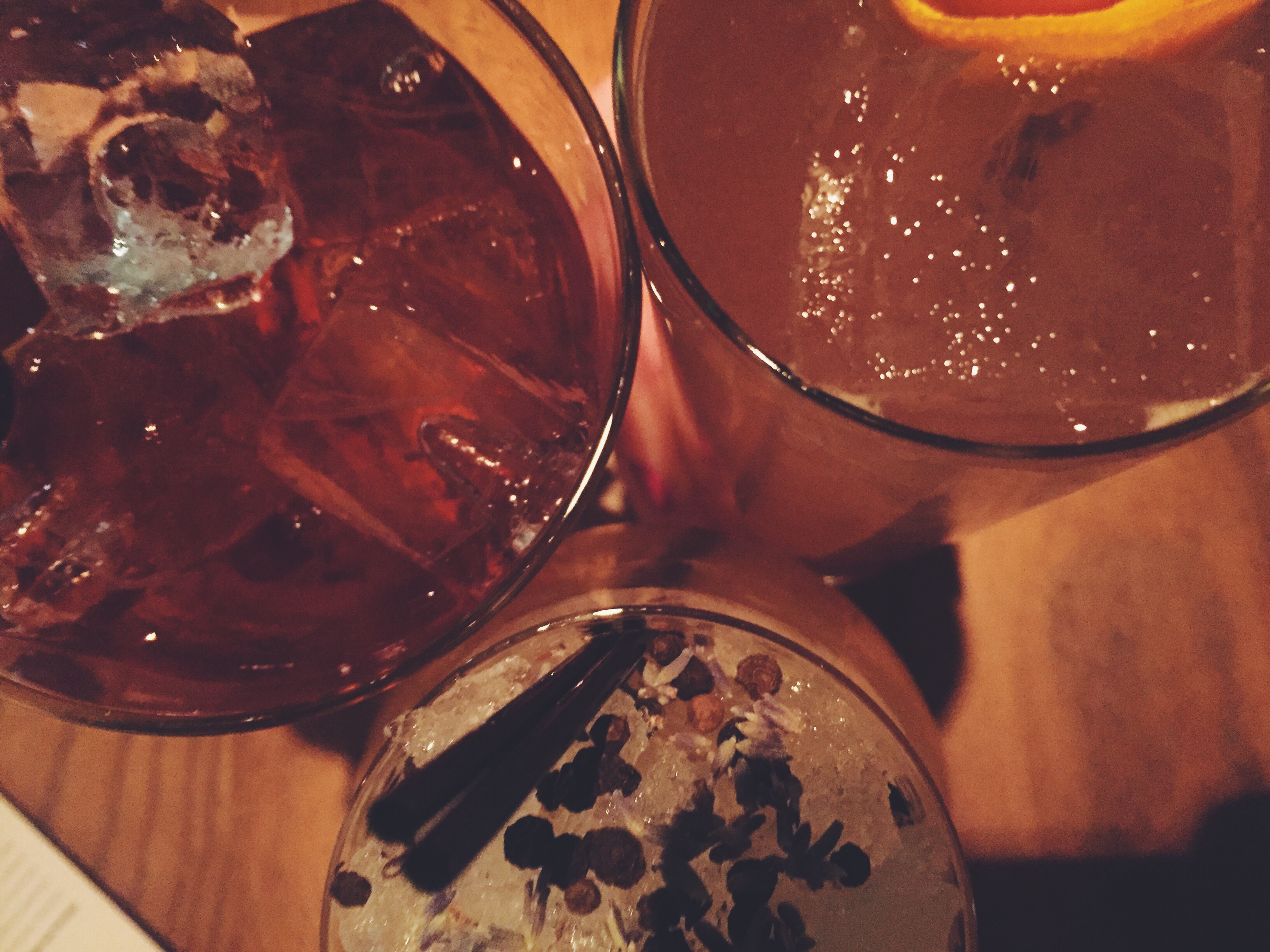 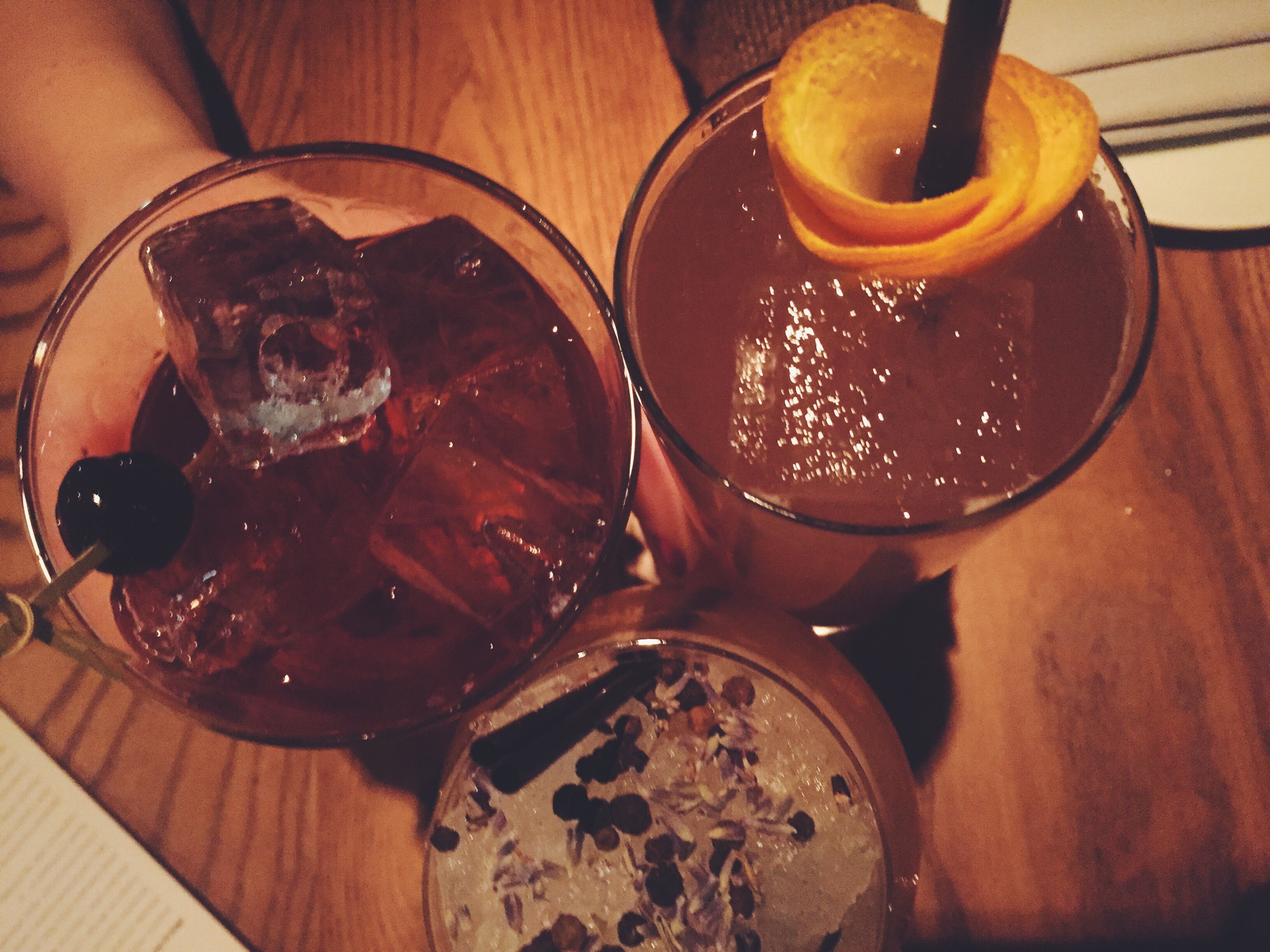 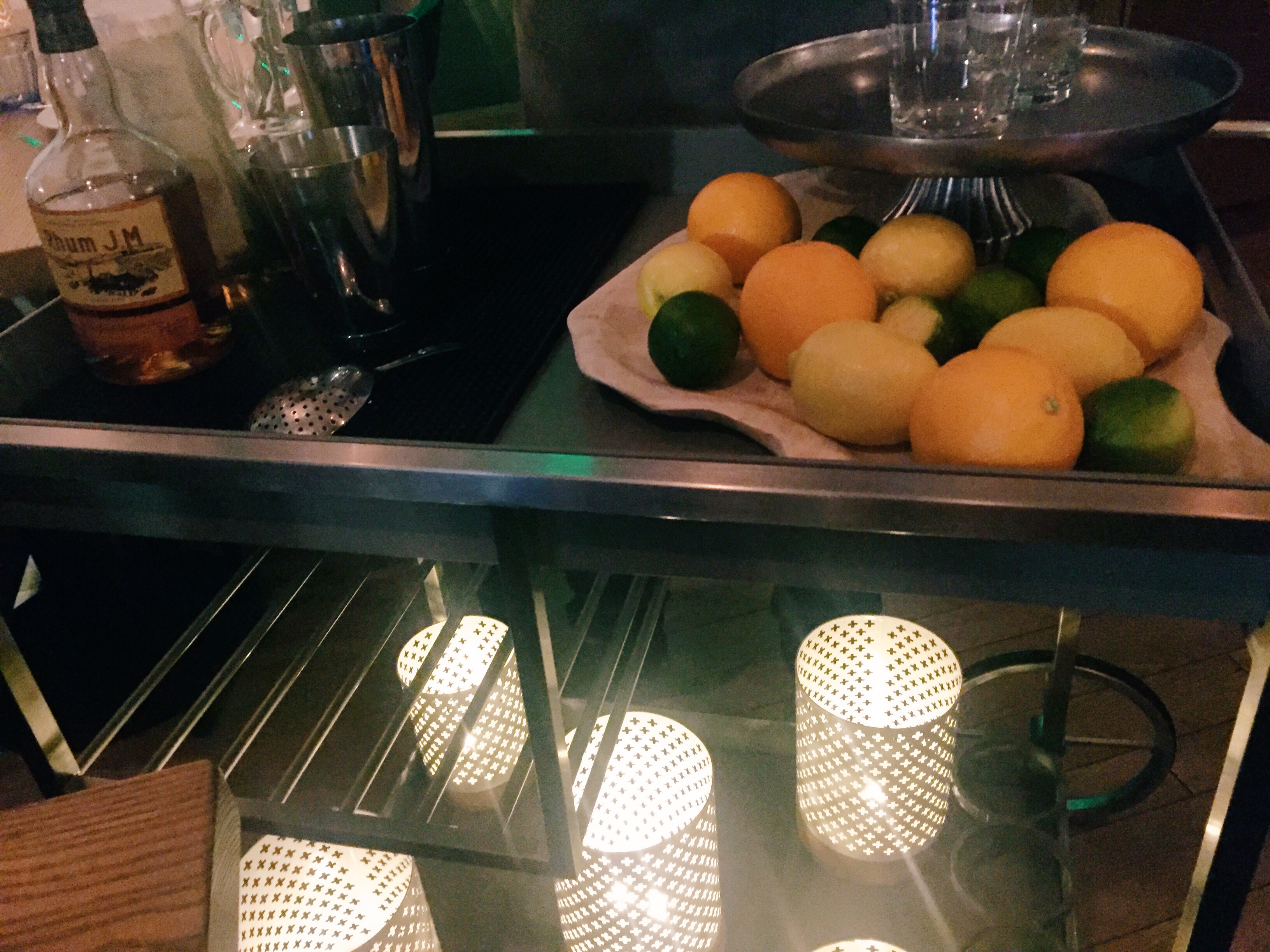 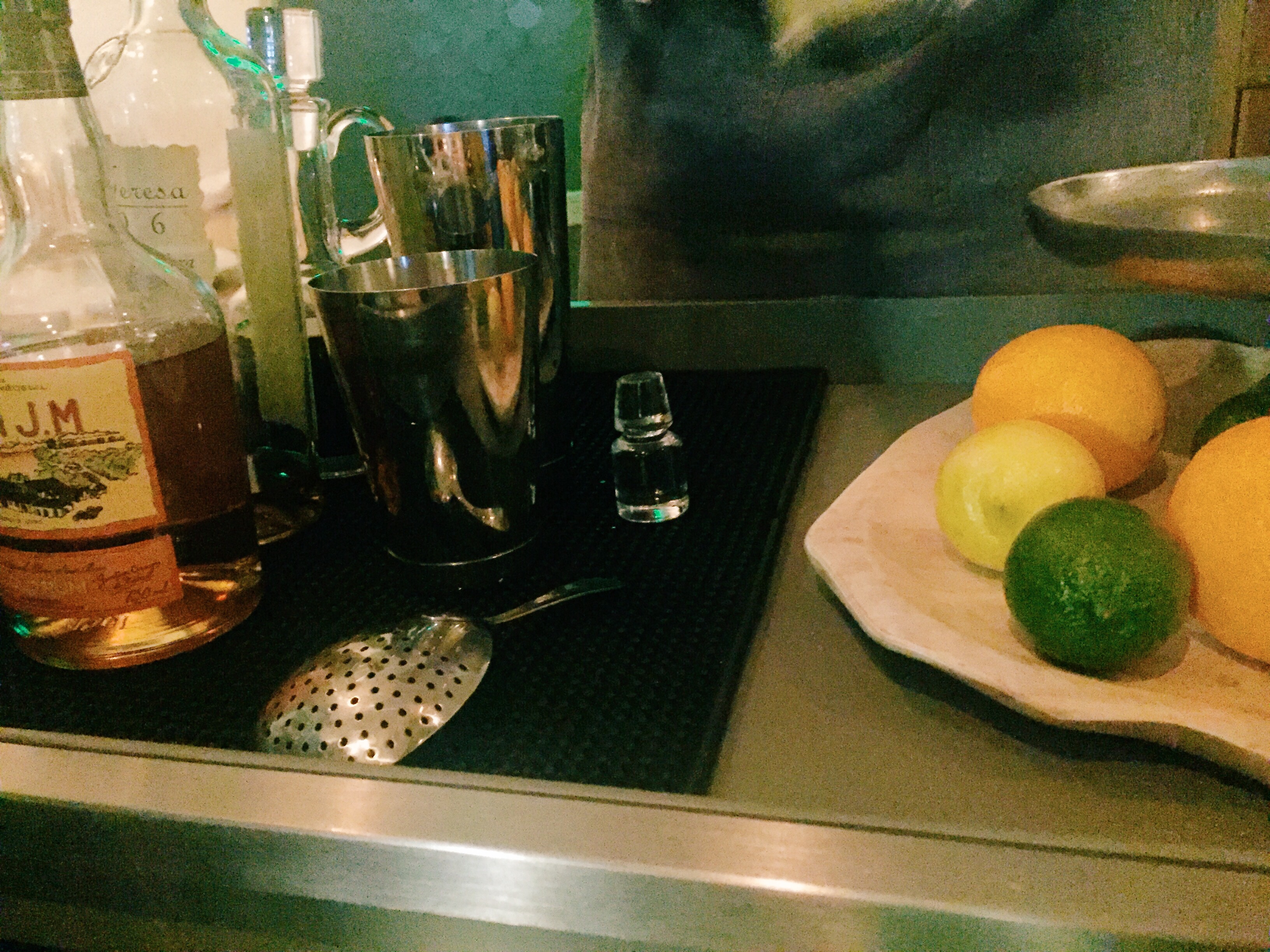 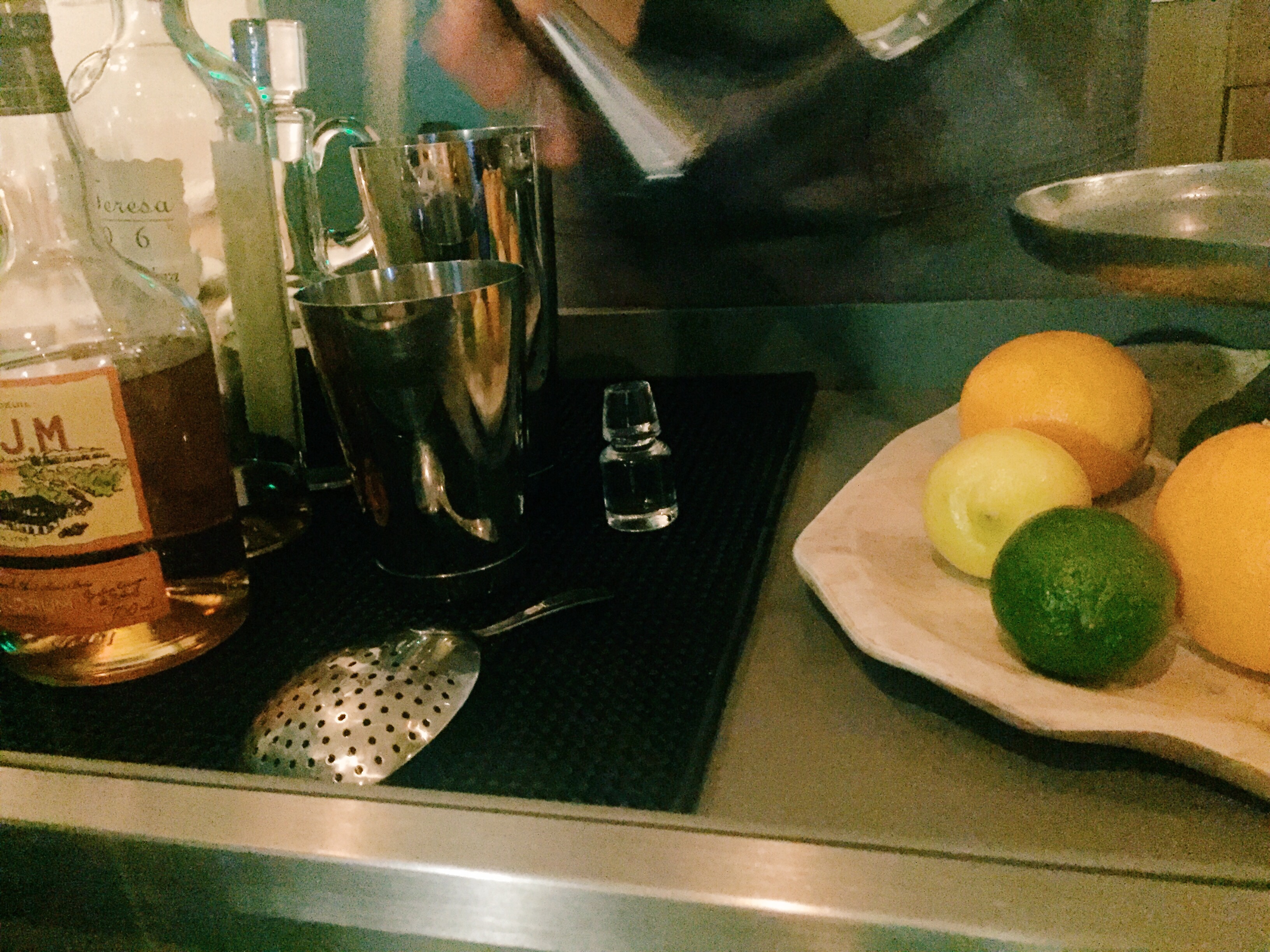