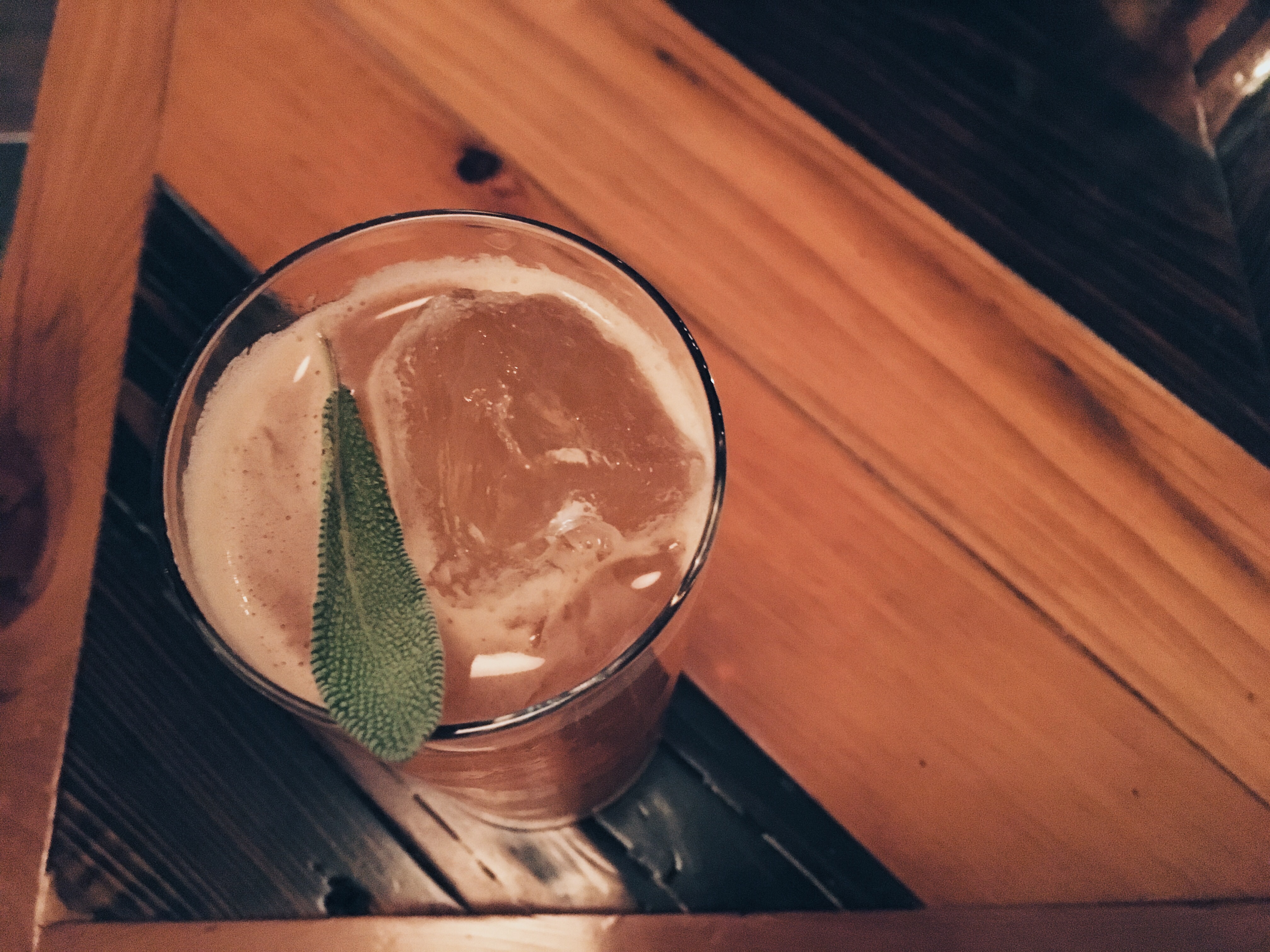 27 Dec Where We’ve Been Drinking: The Dabney DC

Not having had quite enough of Blagden Alley after our recent after-dinner stop at Columbia Room, we decided to make our way back to the Dabney next door for our pre-Christmas Christmas dinner. There weren’t any reservations available on the night we wanted to go–or quite a few days before or after, let’s be honest we’ve been  looking at reservations since October to no avail–but the website mentioned that they reserve some room for drop-ins; so we decided to chance it. It could be that we arrived just as the restaurant opened, or that they truly do make it a priority not to reserve all of their tables, or both; but we were delighted to be seated right away.

While from the exterior you can tell that the building must have in a previous life been a garage or body shop or the like, inside it feels like the most charming of traditional farmhouses. We were seated at a cocktail table looking out at an adorable patio that must be the perfect place to eat in warmer weather.

We wanted to try every single one of their small plates, made from local ingredients and cooked on a wood stove. Everything we did eat was absolutely scrumptious. It was a wonderfully homey dinner, complete with wonderfully delicious cocktails, that perfectly capped our wintry day of holiday festivities. 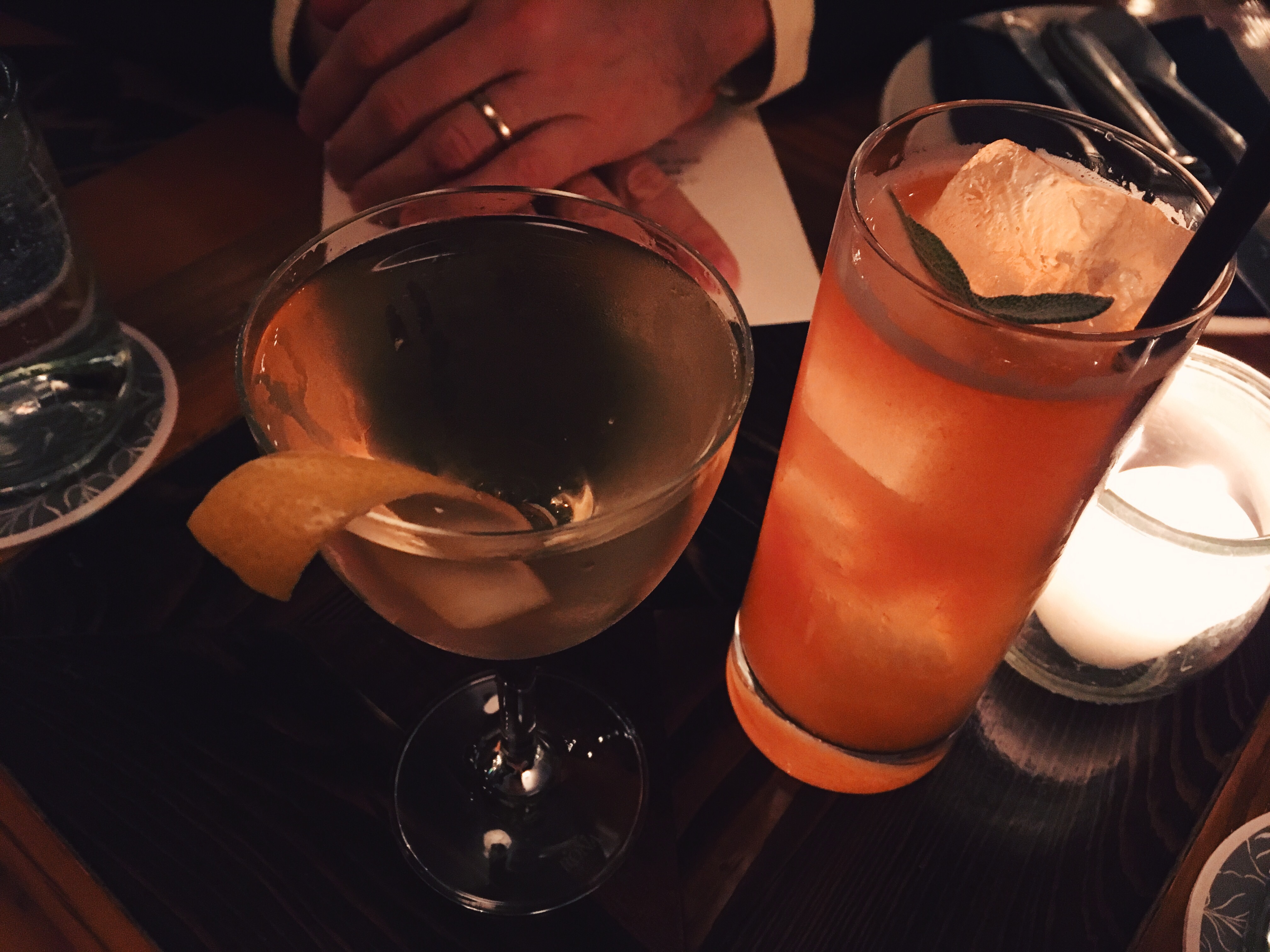 The Dabney pays as much attention on their bar as in their kitchen to fresh, local, hand-crafted, and house-made ingredients. Sometimes that can lead to somewhat fussy drinks, but the Dabney’s showed a surprisingly light touch with the more fresh and creative elements playing strong supporting roles, rather than upstaging the spirits. Each of the three drinks had a light, crisp quality to them.

The beautifully straw-colored Heyday in particular was lighter of body than we would expect a brandy drink to be. Rather than being the focus, brandy served as a canvas for the mellow herbal flavor of the yellow Chartreuse, with the vermouth contributing a refreshing dry quality.

The Thornton Negroni made us feel that we’ve been underestimating the effect of gin on a Negroni up until now. We’ve generally used our basic mixing gin in ours, thinking that the Campari would overwhelm the more delicate notes of a good gin. But in the Thornton, the caraway flavors of Green Hat’s ginavit came through quite clear, perhaps with a little help from the tea infusion in the vermouth. The herbs melted into the spherical ice cube were a nice touch, giving the drink an interesting look and a subtle, gradually increasing herbal quality. We take the use of Bruto Americano in place of Campari as due notice of the arrival of a new trendy liqueur; it can’t be coincidental that having never tasted it before we ran into it twice in one week. Both drinks made with it were excellent; so that’s a good sign.

With its judicious use of pine liqueur, the Vest Season was a mai tai with the beach replaced by crisp, clean mountain air. The use of  beer was surprisingly effective, bringing in some hops to match the pine, a soft sourness, and a welcome bubbly effervescence.

Most definitely you should. The drinks, the food, the atmosphere, and the staff were each a delight. Make sure you arrive early, or make reservations far in advance. 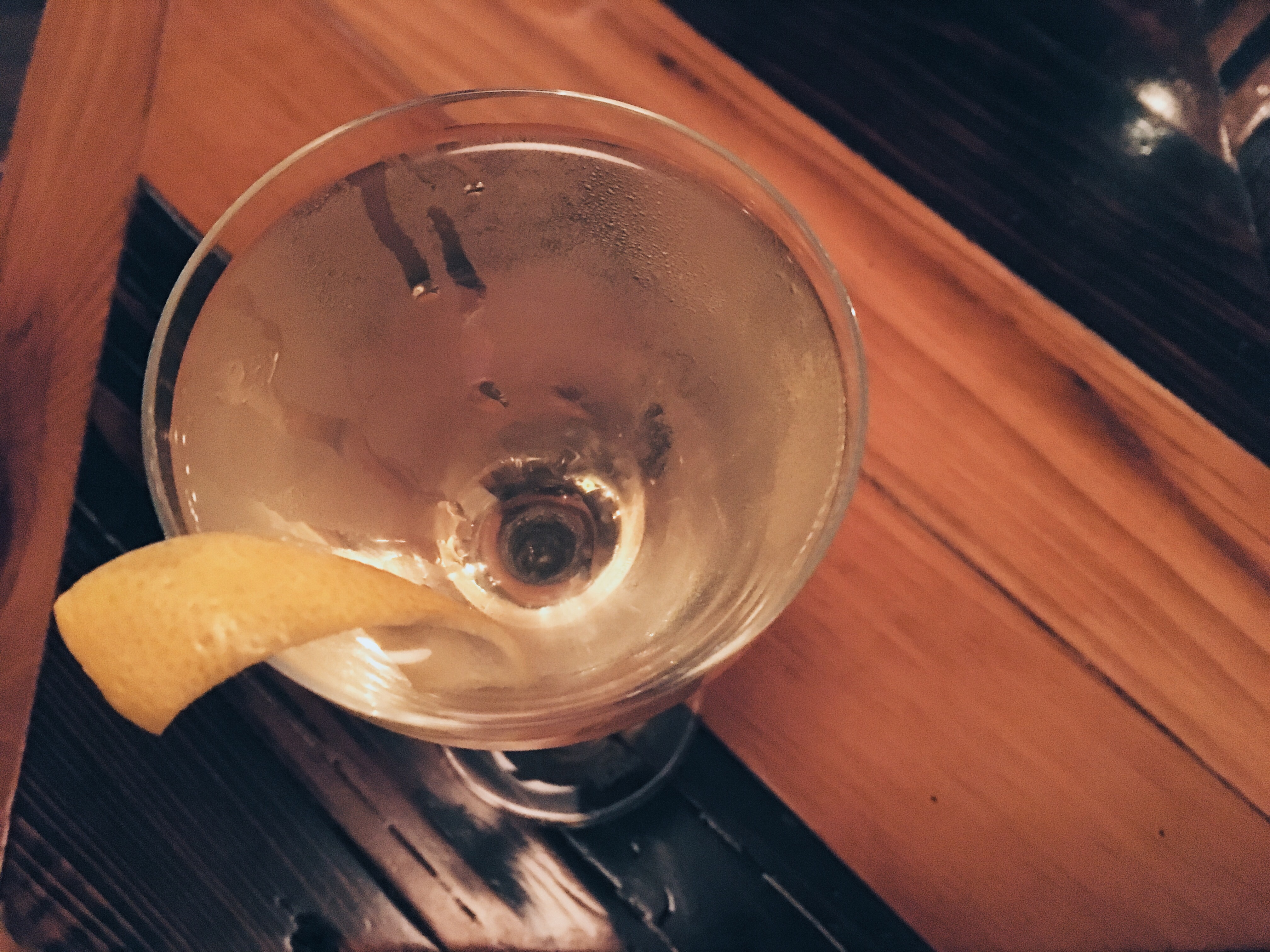 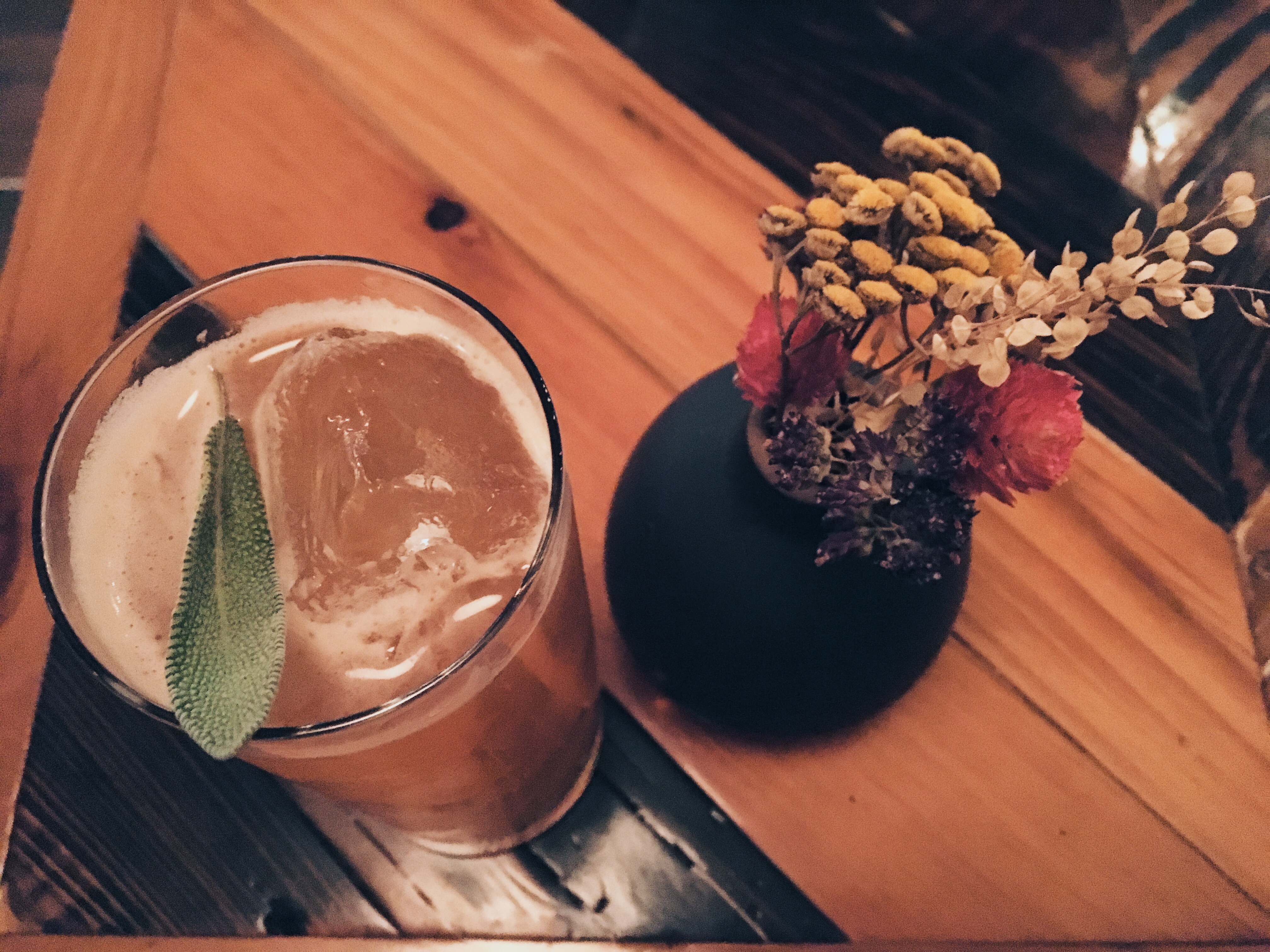 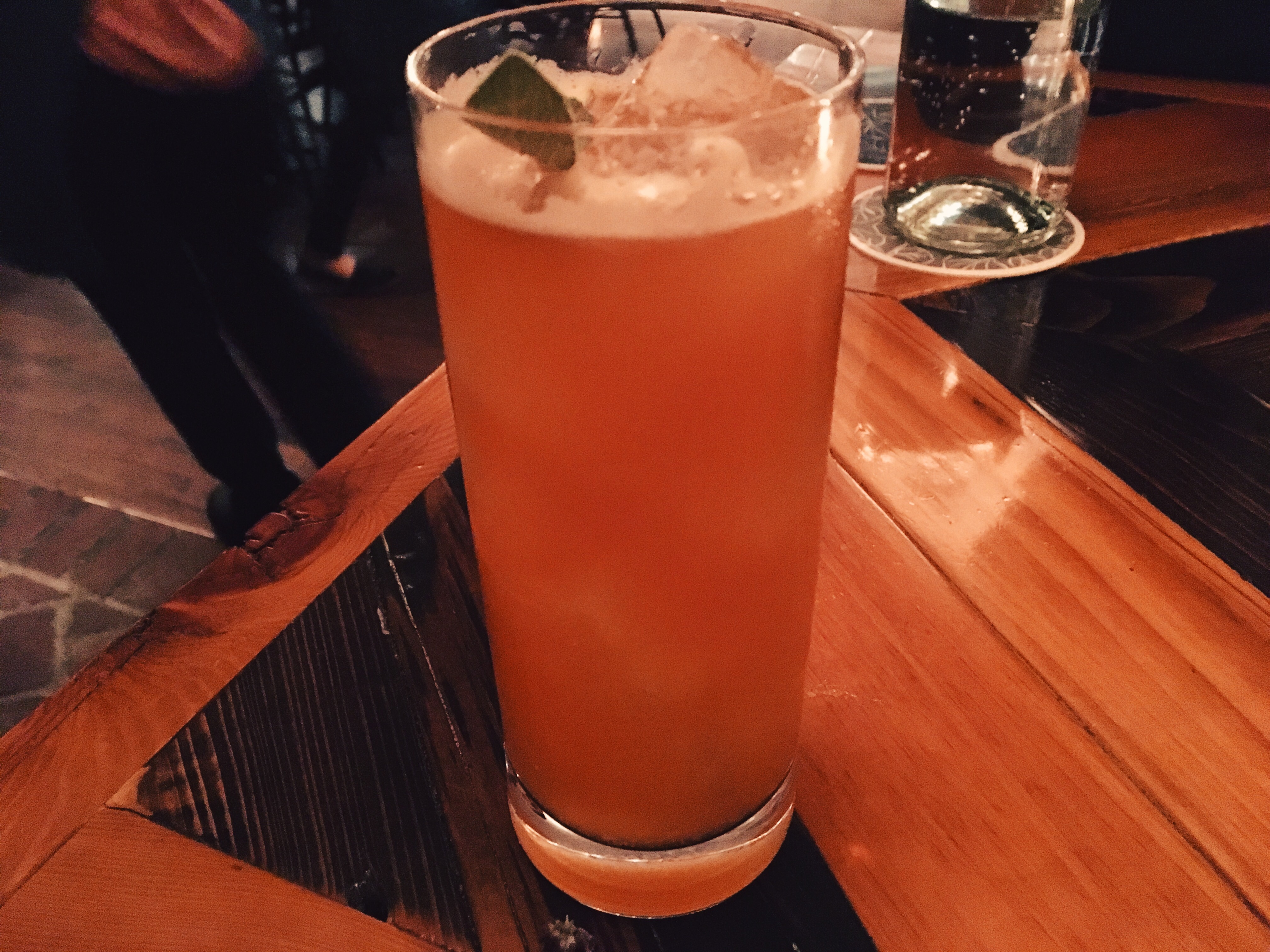 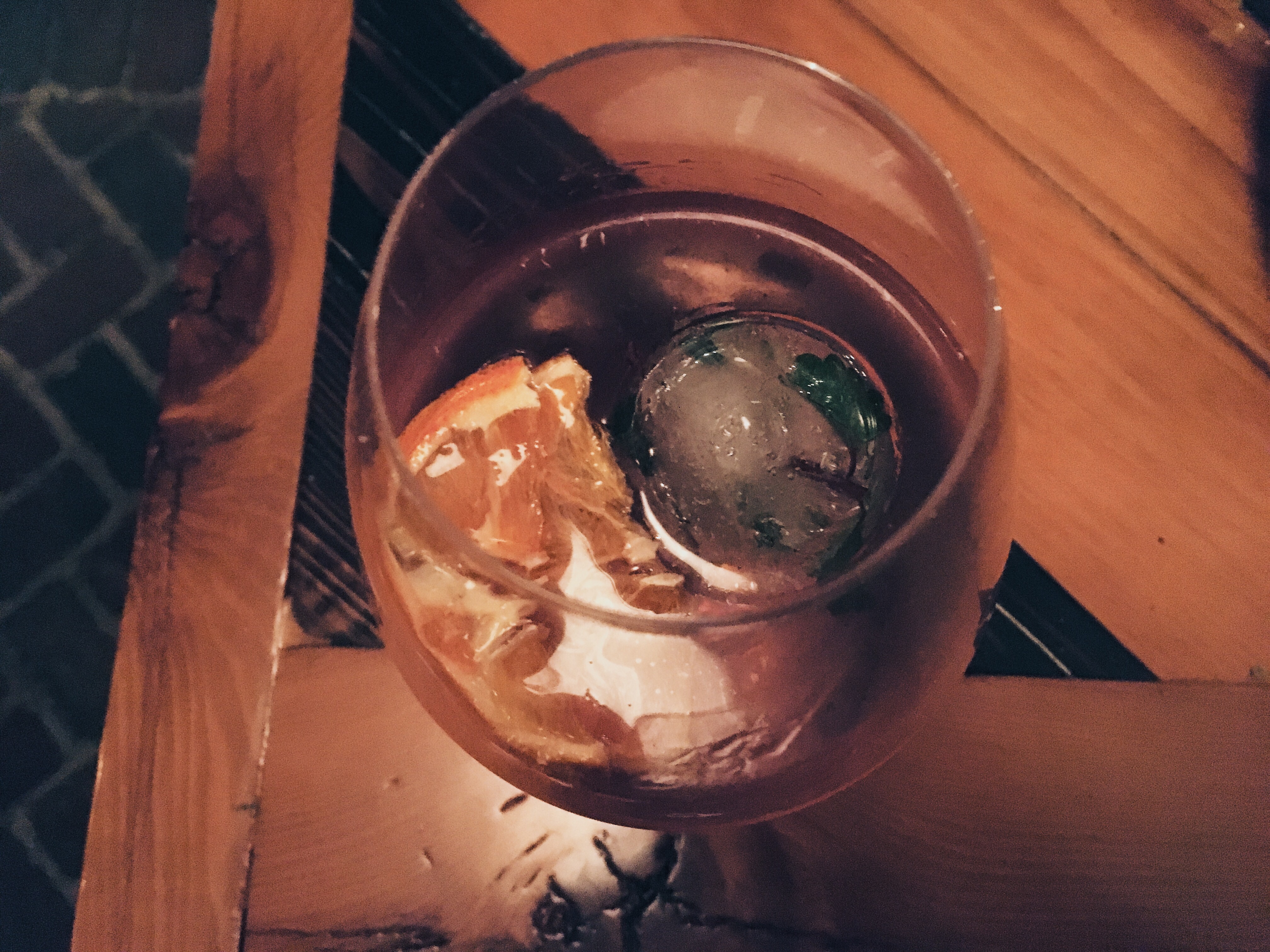 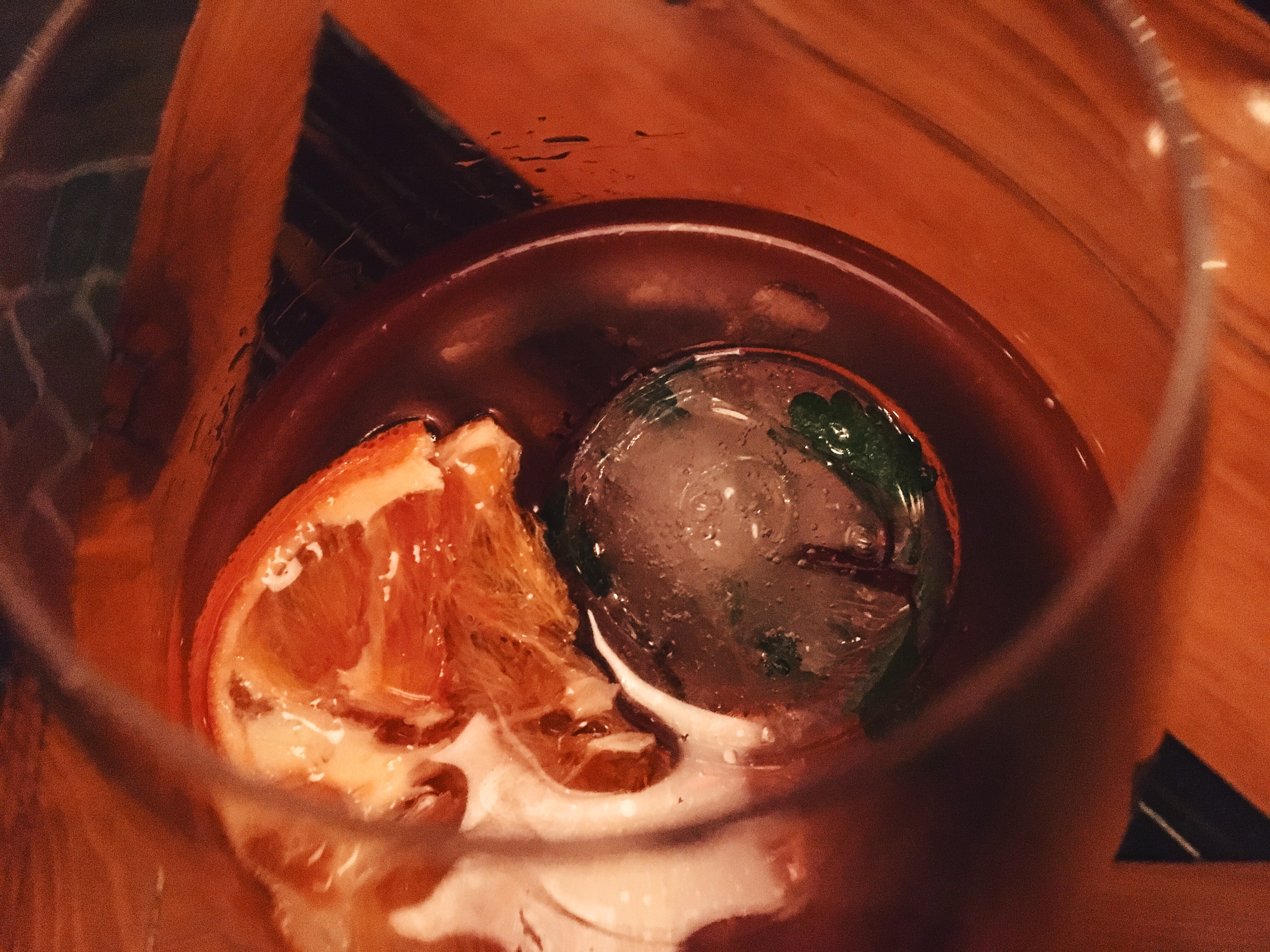 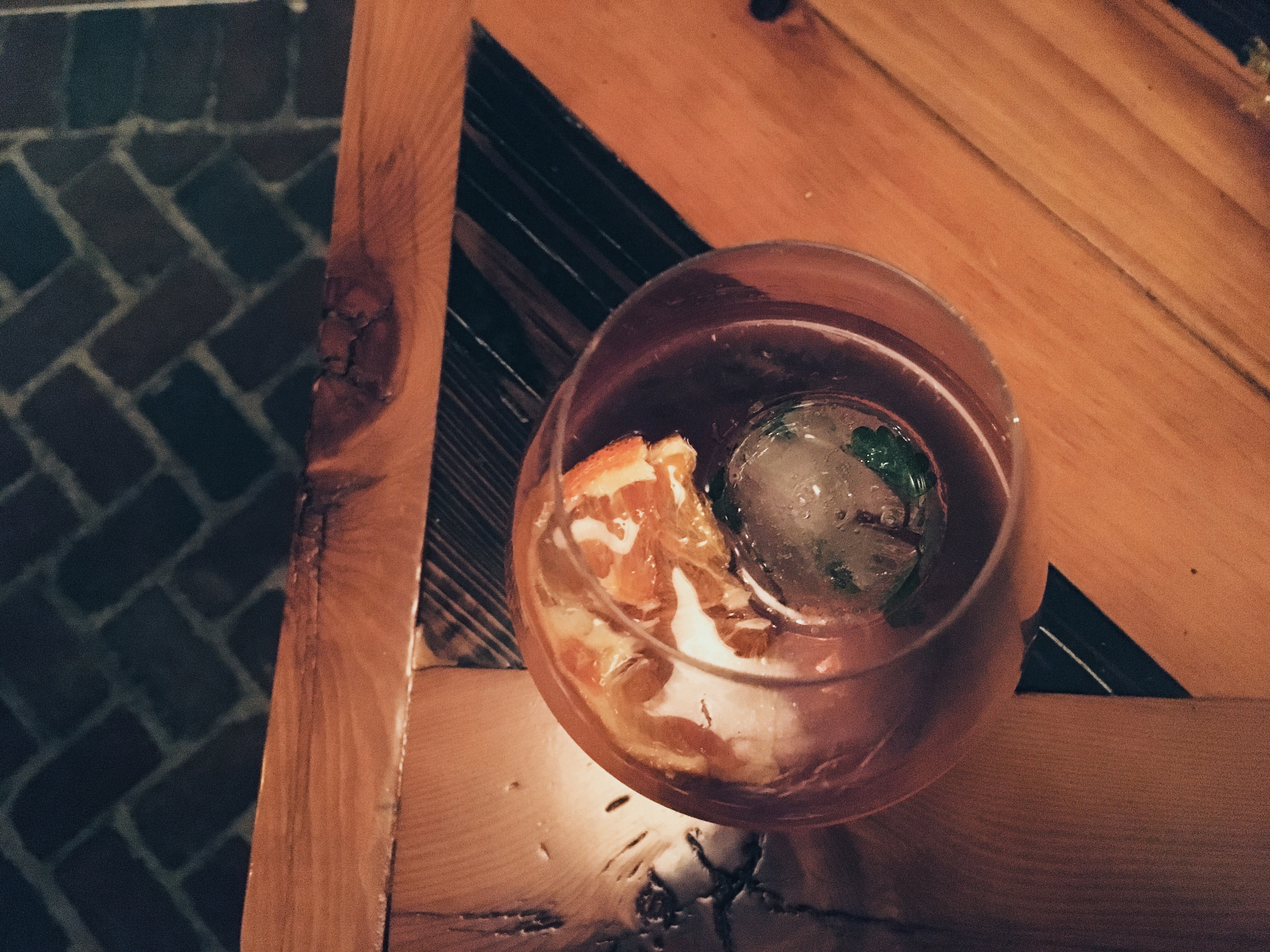 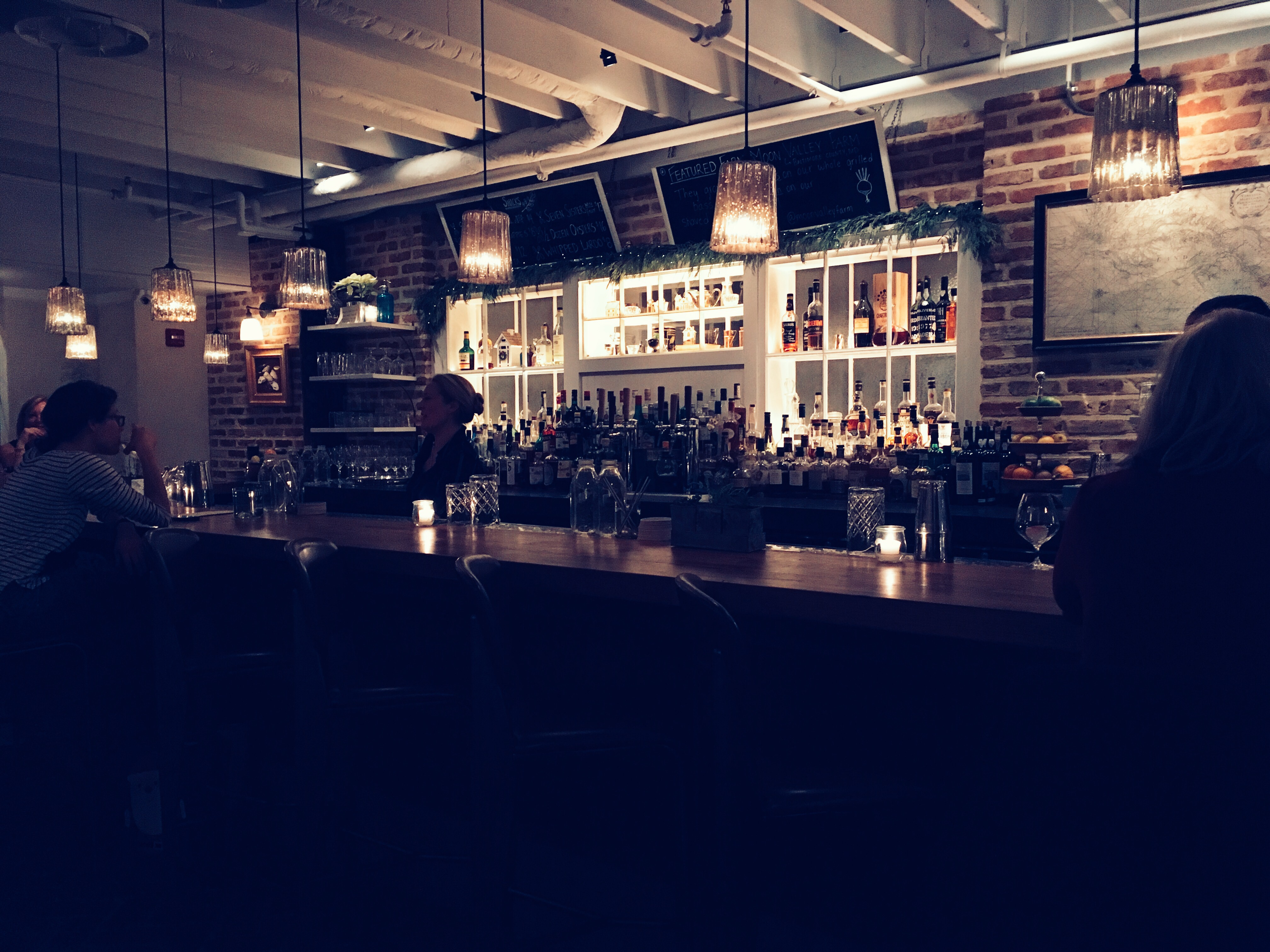 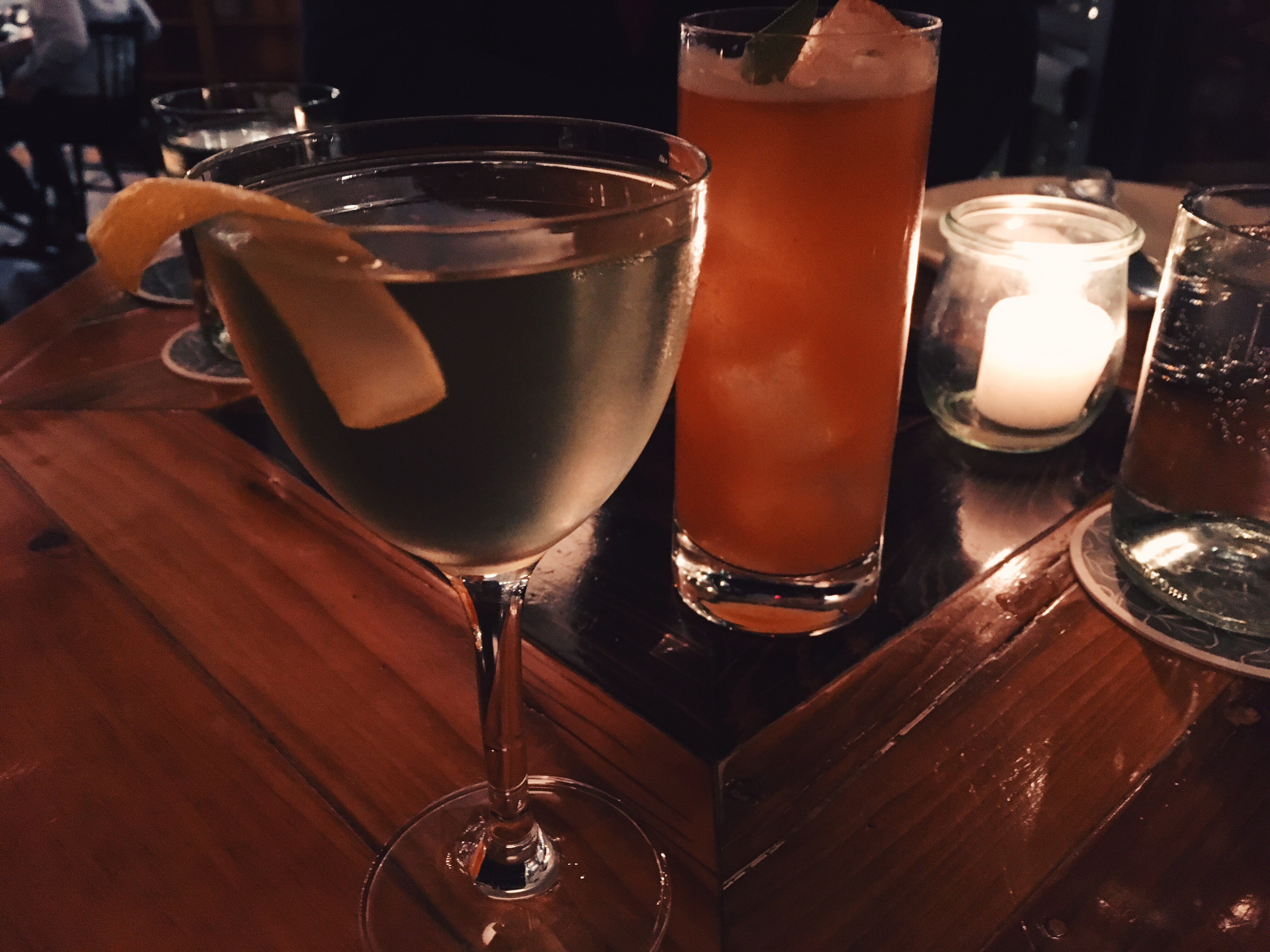 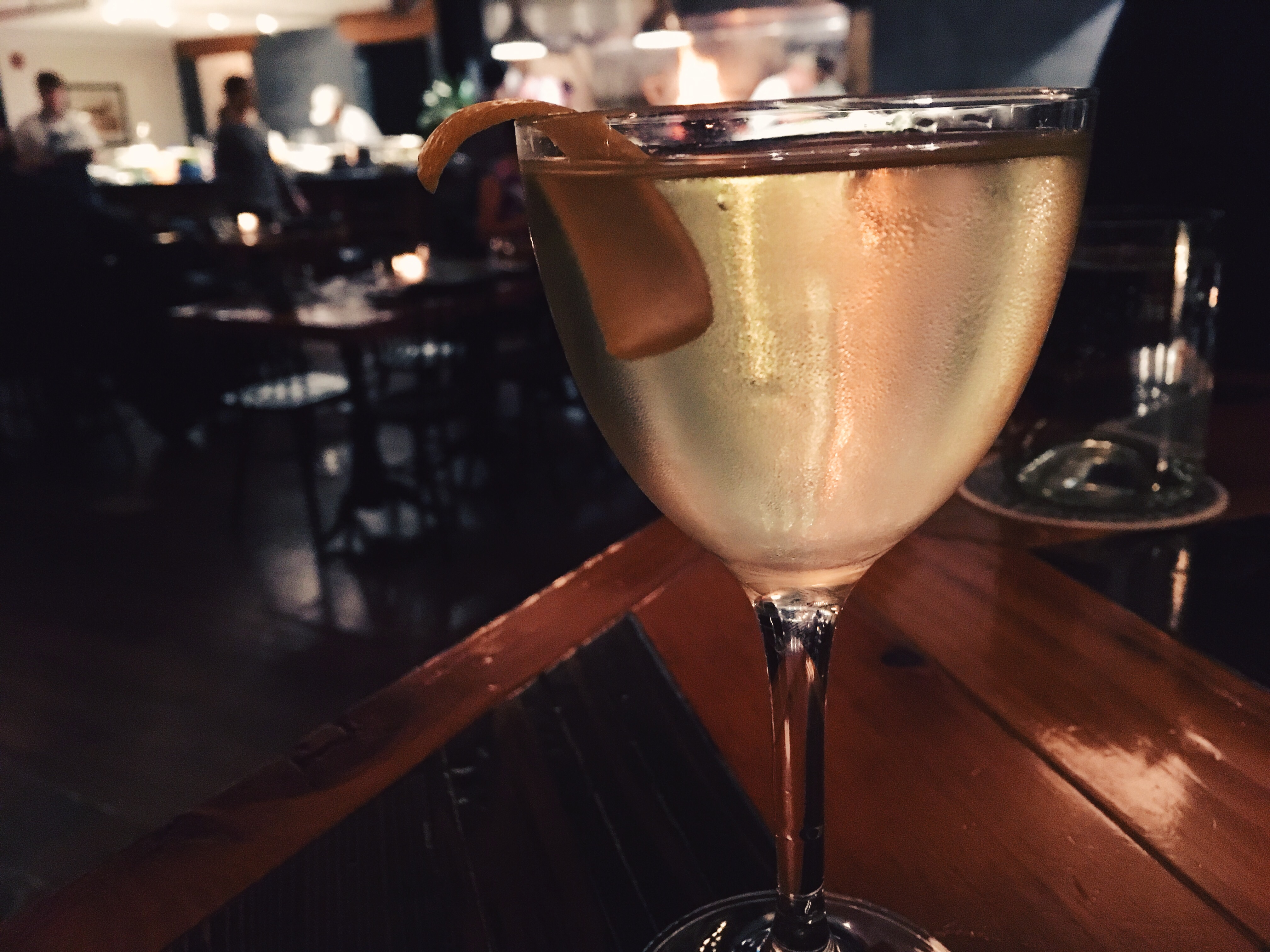 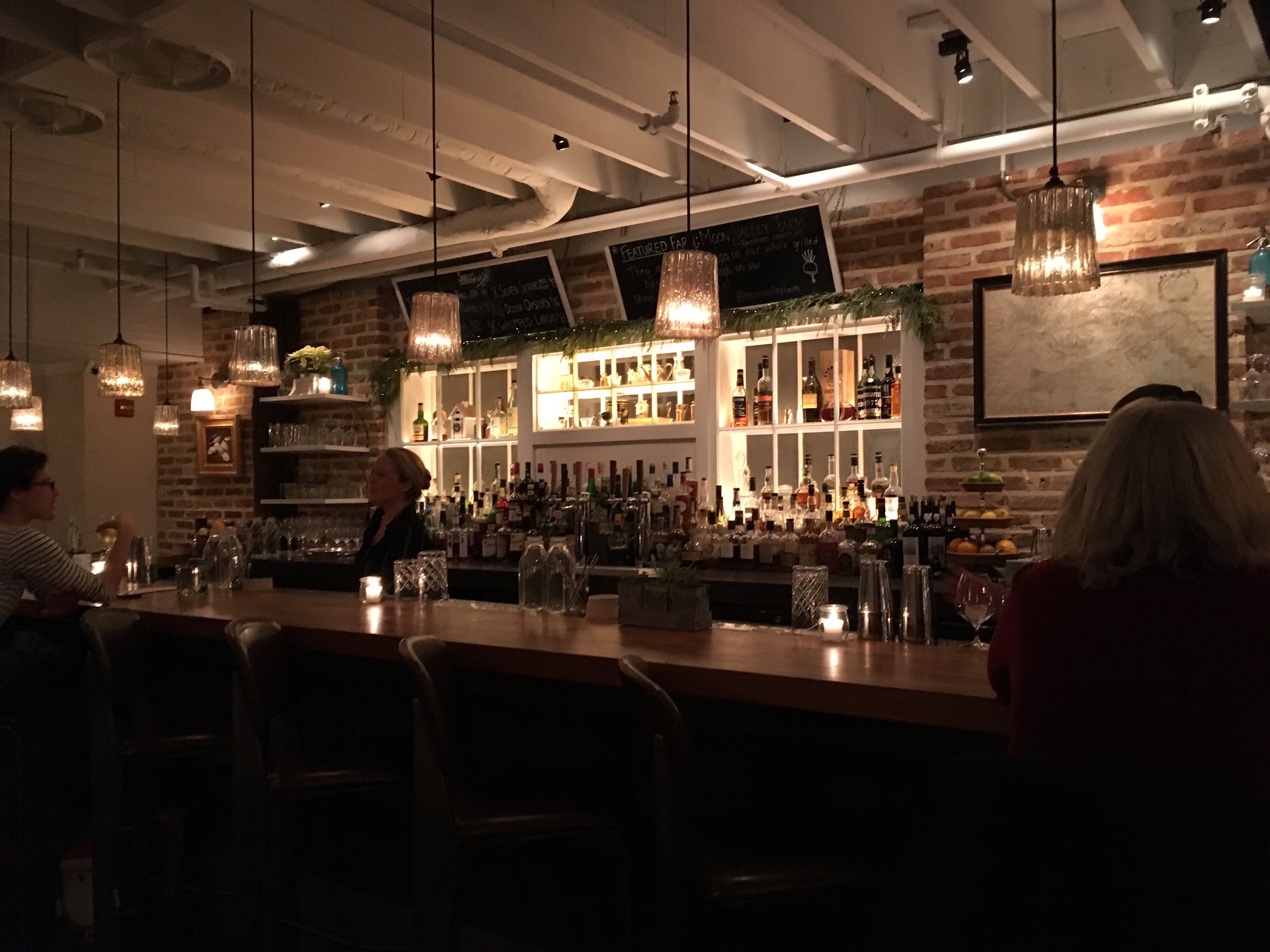 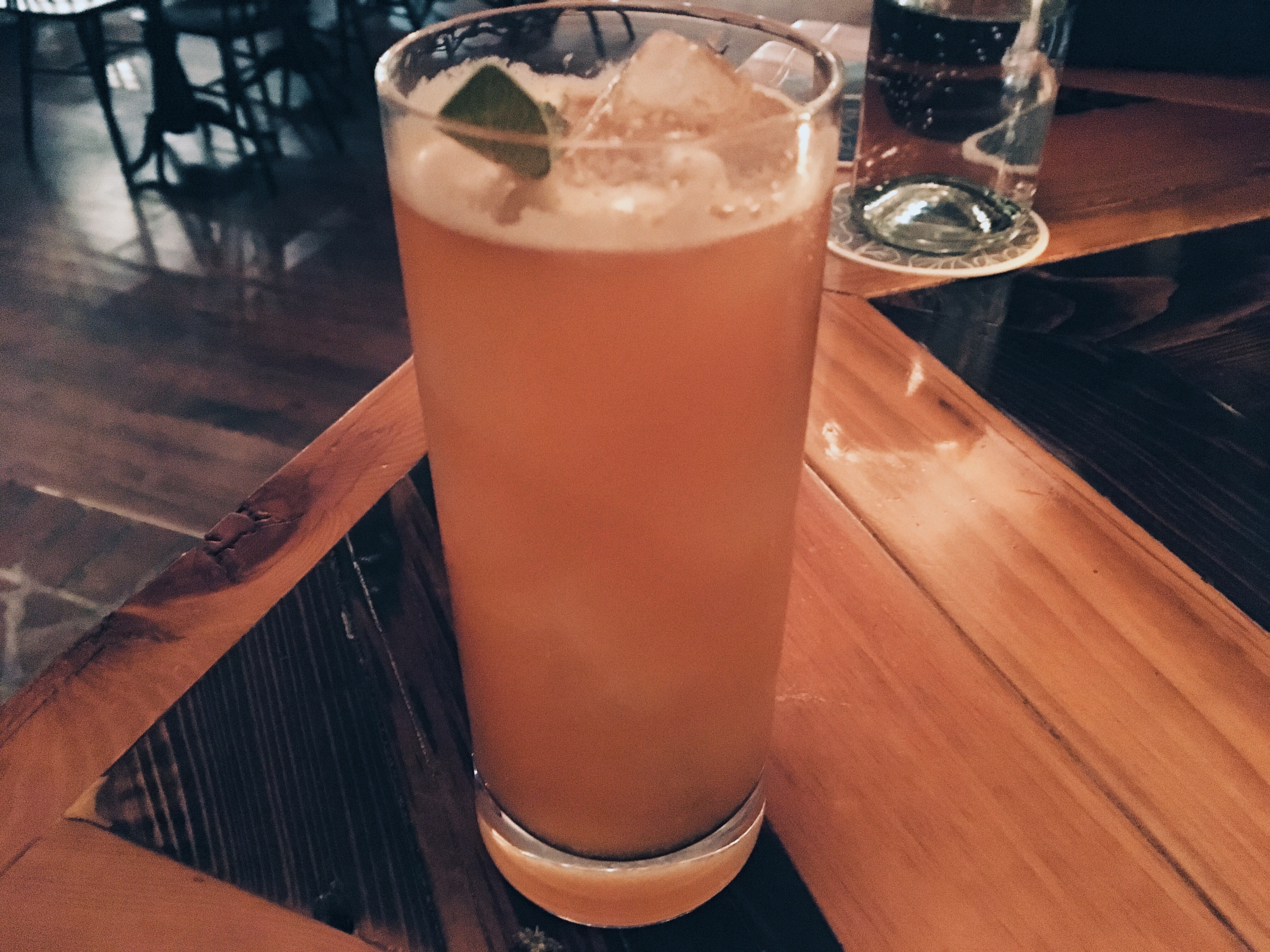