Where We’ve Been Drinking: Rose’s Luxury 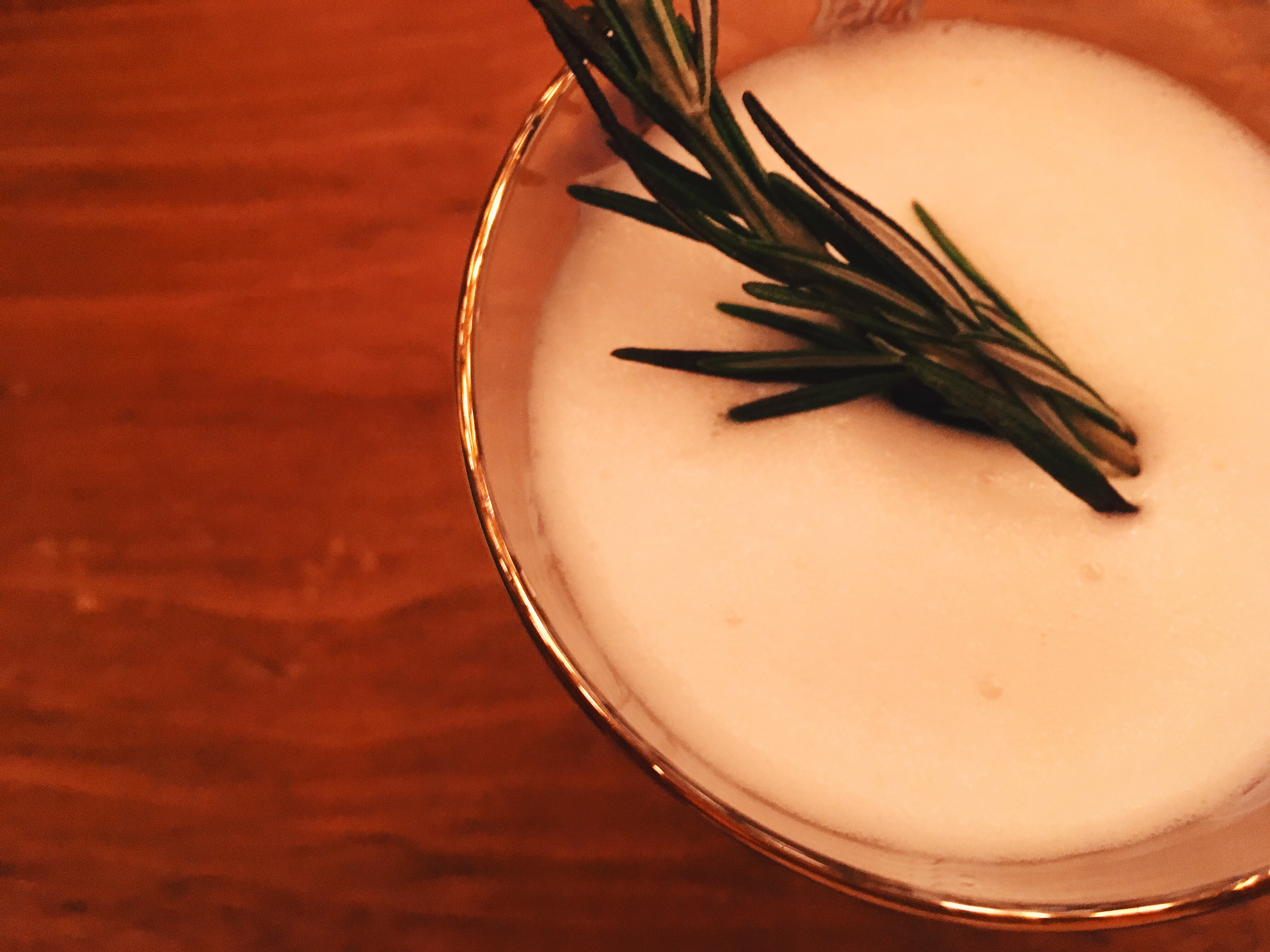 Where We’ve Been Drinking: Rose’s Luxury

In our eighteen months here, we’ve learned that there are two bedrock realities to life in DC: friends move, and a table at Rose’s Luxury is impossible to get. Last Thursday, we grieved the truth of one of these tenets of DC life while happily thumbing our nose at the other.

The residents of DC are a national and an international crowd. People come from somewhere else for a tour of duty, and then move on 2 or 3 years later when the position is no longer needed, the politician you work for leaves office, or the next exciting tour opens up. You move back home, or move on to the next short stint. Two of our favorite people among our small set of friends are moving next month to the next location; one of them works on the Africa desk at the World Bank, and they’re doing a five-year tour in Africa. Since we’re also short-termers who may move on or move home in the next year or two, it’s quite possible that we’ll never live in the same place as this dear couple again. Sad face. 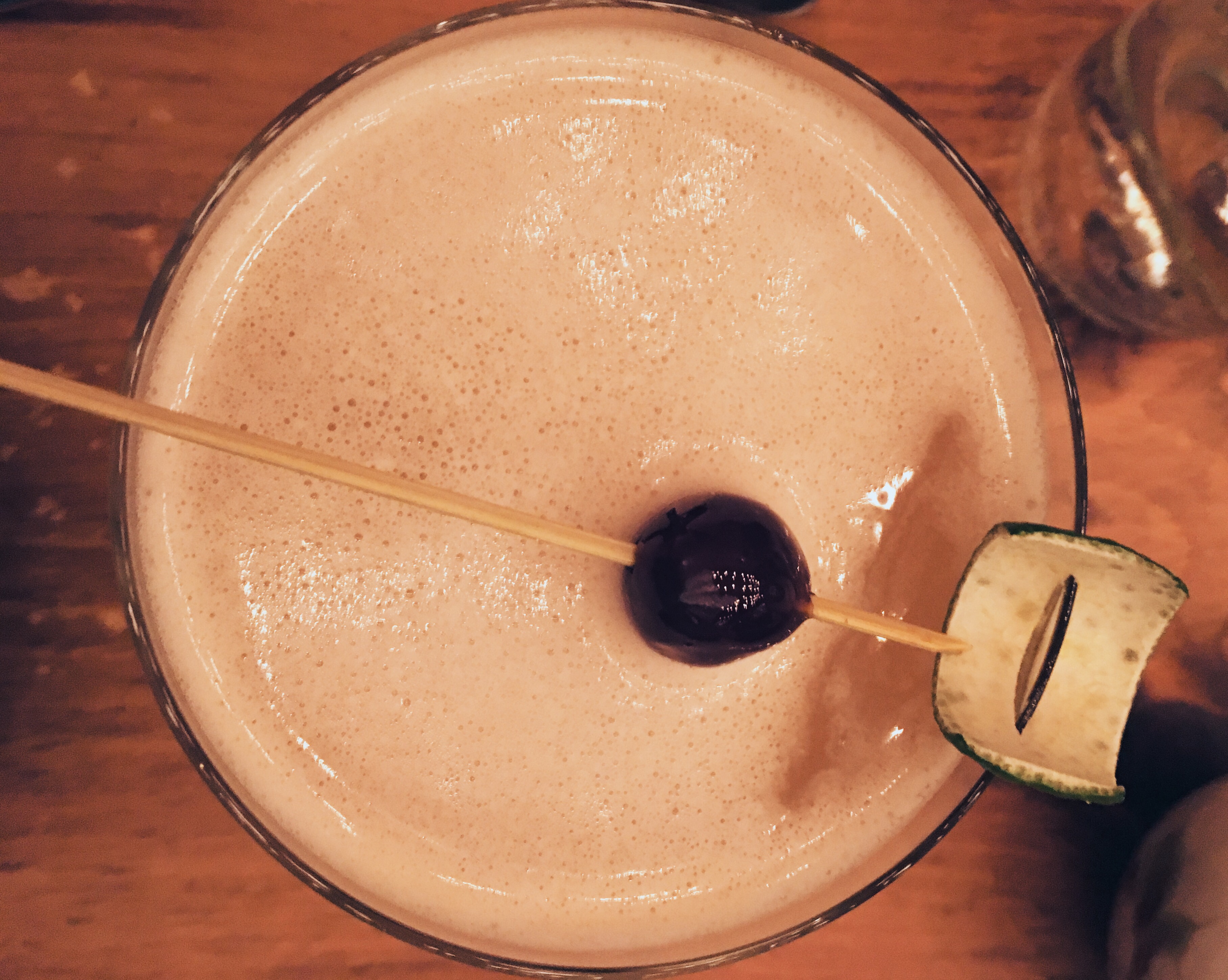 While it doesn’t come anywhere close to making up for their loss, we were mildly cheered by the fact that we snagged a table at Rose’s Luxury for a little goodbye dinner with them and two other couples (one of which announced at dinner that they too were leaving, gosh darn it). If you’re not from here, you might not understand what a triumph that is. Rose’s is the most coveted dinner location in DC. The food is sublime, so sublime that Rose’s won Bon Appetit‘s Best New Restaurant in the country in 2014. Everyone wants to eat there, residents and visitors alike.  President Obama celebrated his birthday there in 2015. It’s allegedly Michelle Obama’s parents’ favorite restaurant. Amazingly, despite their great fame, Rose’s didn’t raise their prices, leaving them in reach for mere mortals. And they don’t take reservations. (Almost) the only way to get in is to physically stand in line at opening every day.

There are only two known exceptions to the stand in line rule. Barack made arrangements in advance for his birthday dinner (though his in-laws, when they’re on their own, have to stand in line with the rest of us). And one table per night is set aside for a chef’s tasting menu and available for on-line reservation, first-come-first-served, posted every Monday for the next week. The tables go in seconds. Somehow, we’ve been lucky enough to snag that table twice, to the admiration or envy of our friends, depending one whether they can join us or not.

At this latest dinner at Rose’s, the company was sweet, the mood was bittersweet, the food was delicious, and our stomachs when we left were the perfect amount too full. 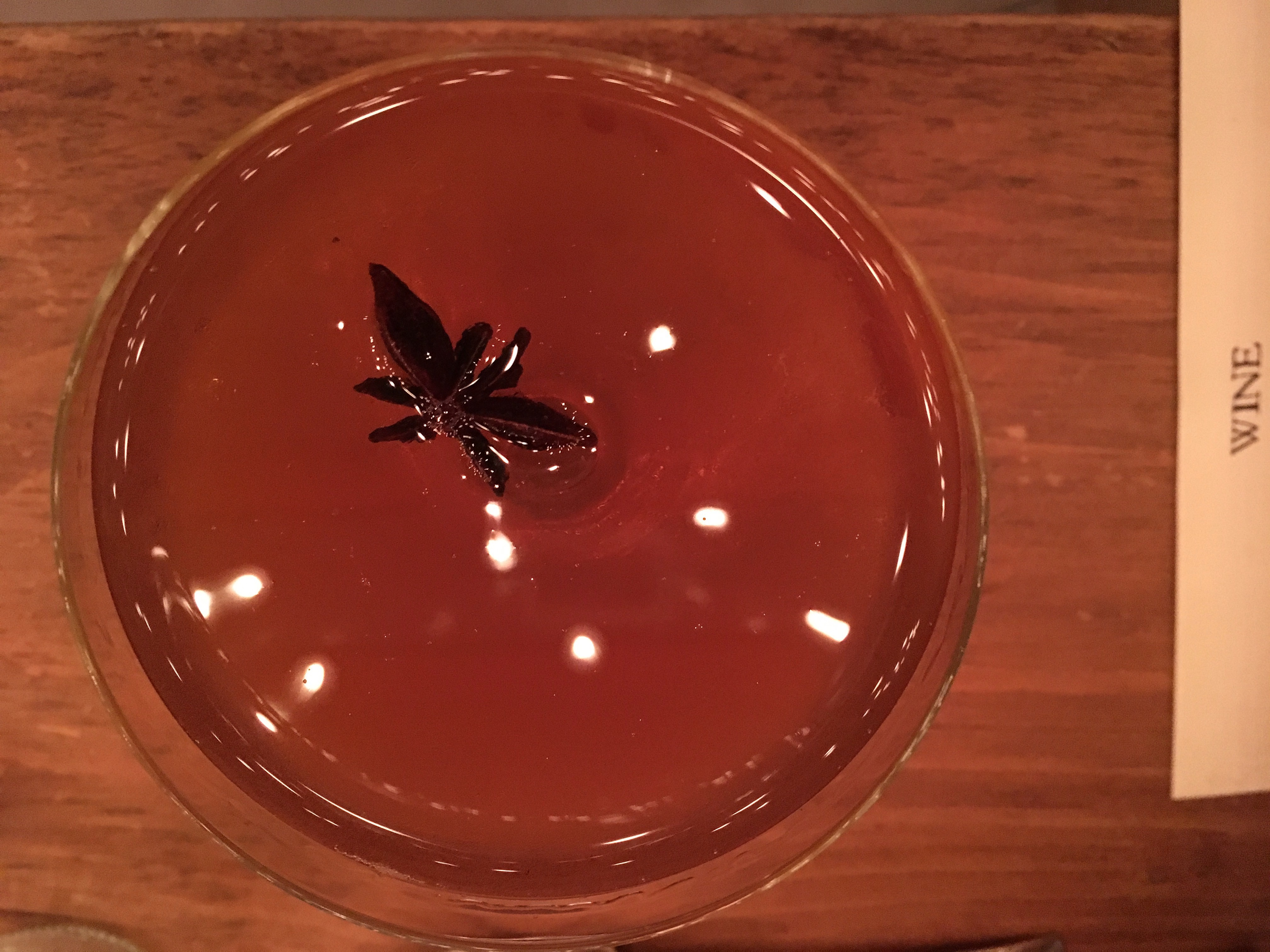 With our two rounds we ended up ordering half of their drink menu; so we got a pretty good sampling of Rose’s style of drink. And we have to say that it suits us quite well. Each of the drinks was served straight up, in a beautiful cocktail glass. They were simple, four ingredient cocktails with a nice balance of spirit, herbal liqueur, a little something fruity, and little something sweet. While we enjoyed drinking all four, our favorite two were the apple brandy one and the genever one. In the apple brandy one, we especially appreciated the use of yellow chartreuse, the more mellow variety; it did a good job of complexifying the sweet apple brandy, without turning the whole thing into a chartreuse drink. In the genever one, the maltiness of the genever (aka Holland gin) and the intense botanical flavor of both the genever  and the liqueurs was lightened up by the lemon and egg white. It was like an intense drink that went down easy. 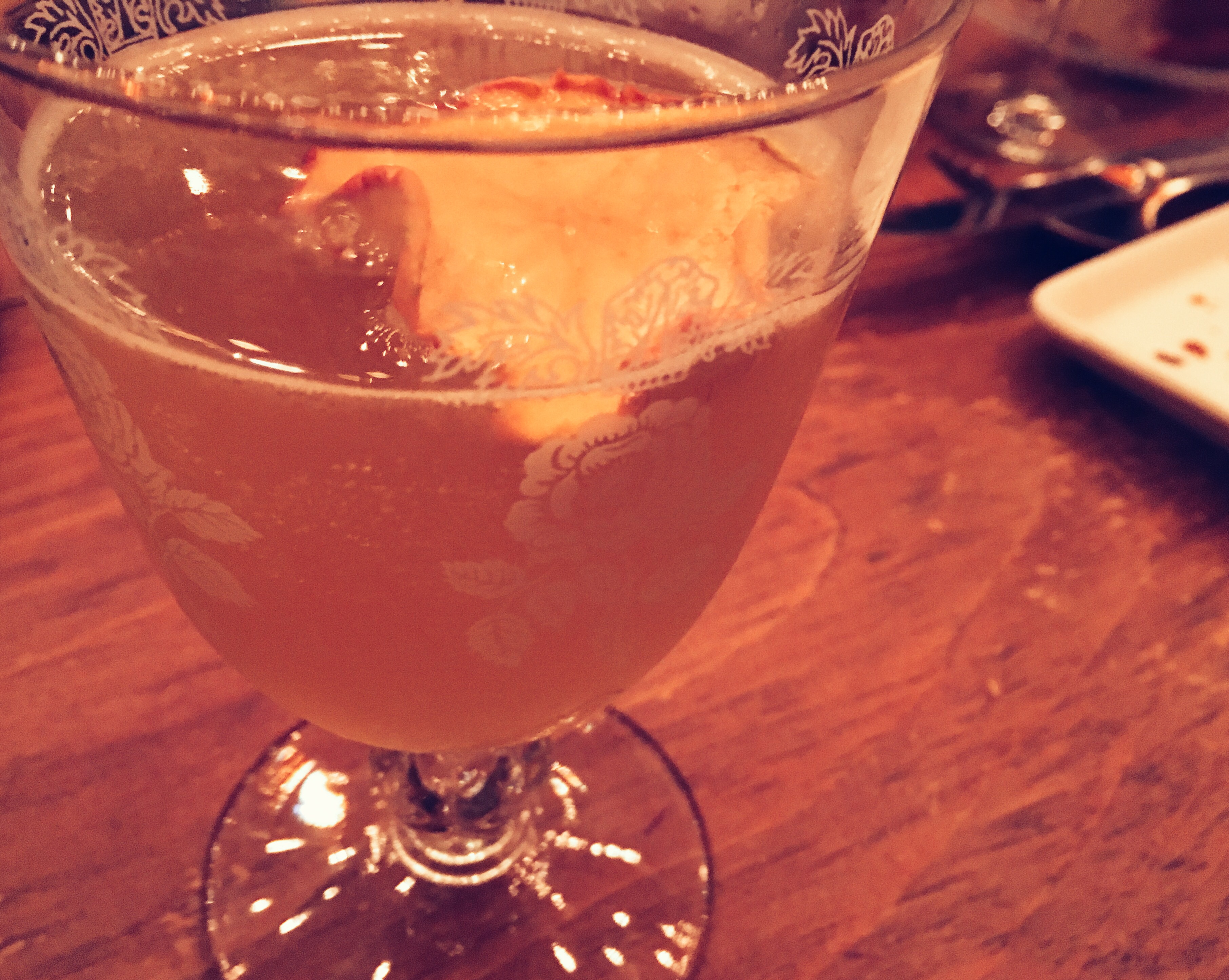 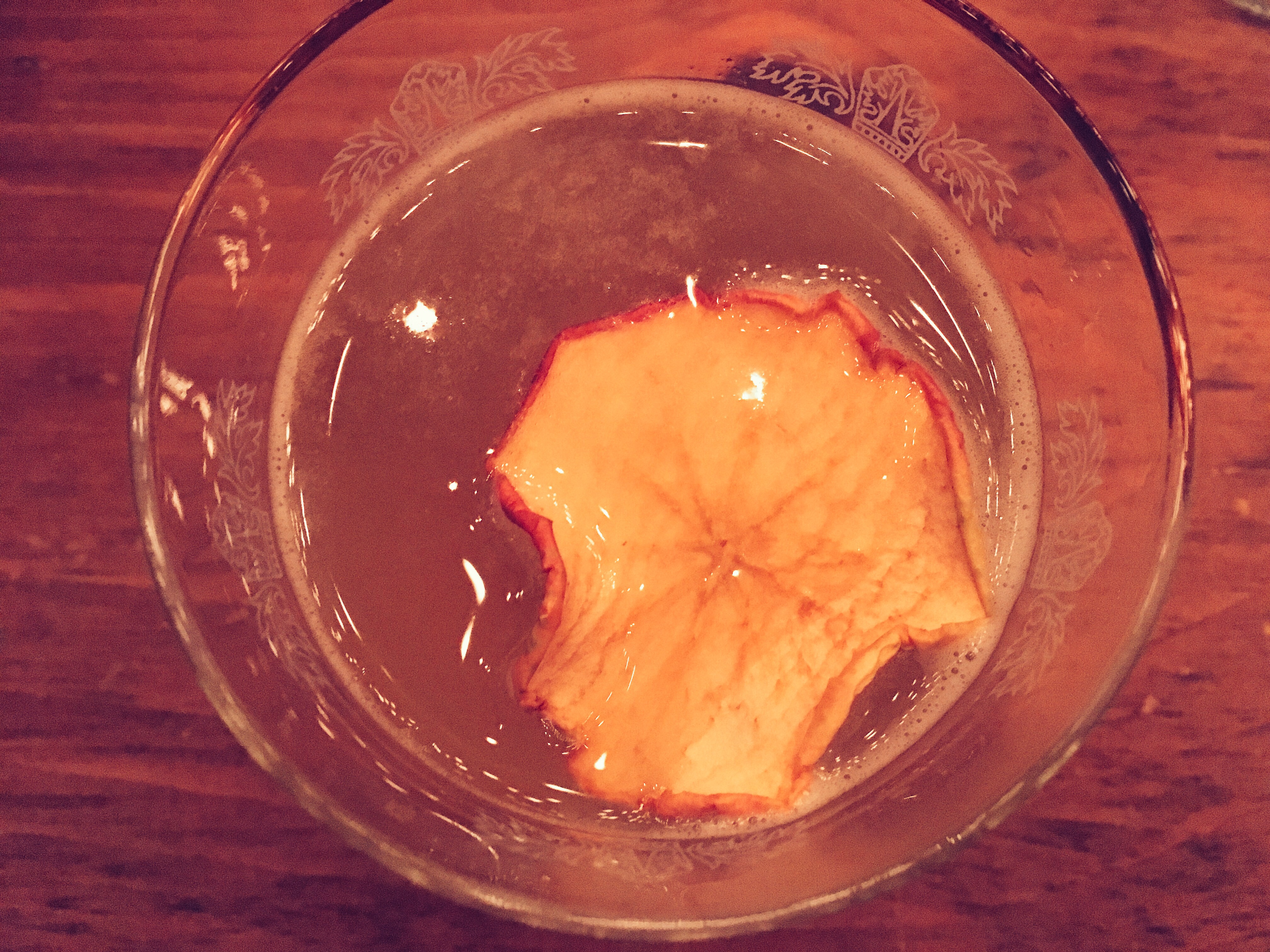 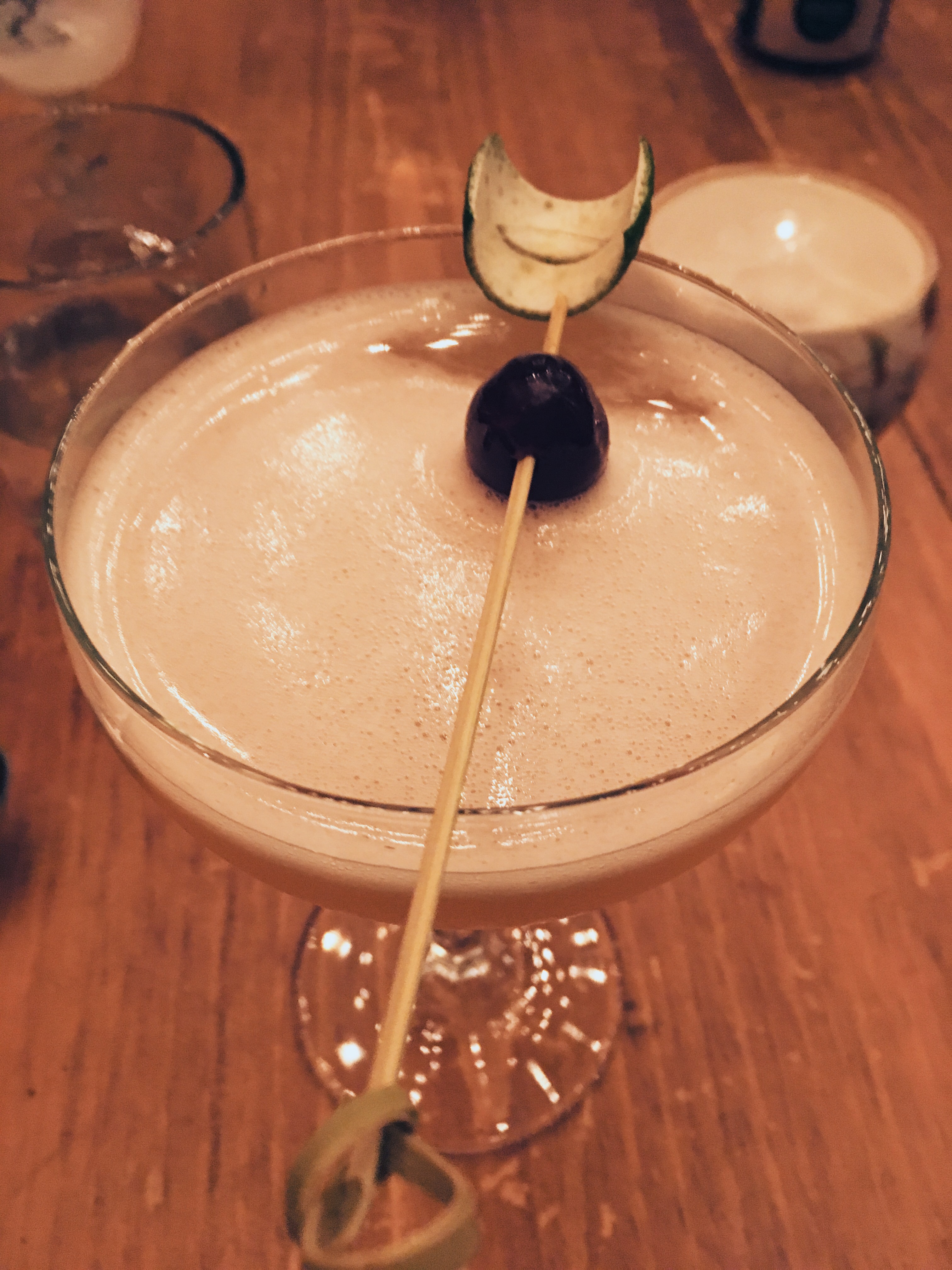 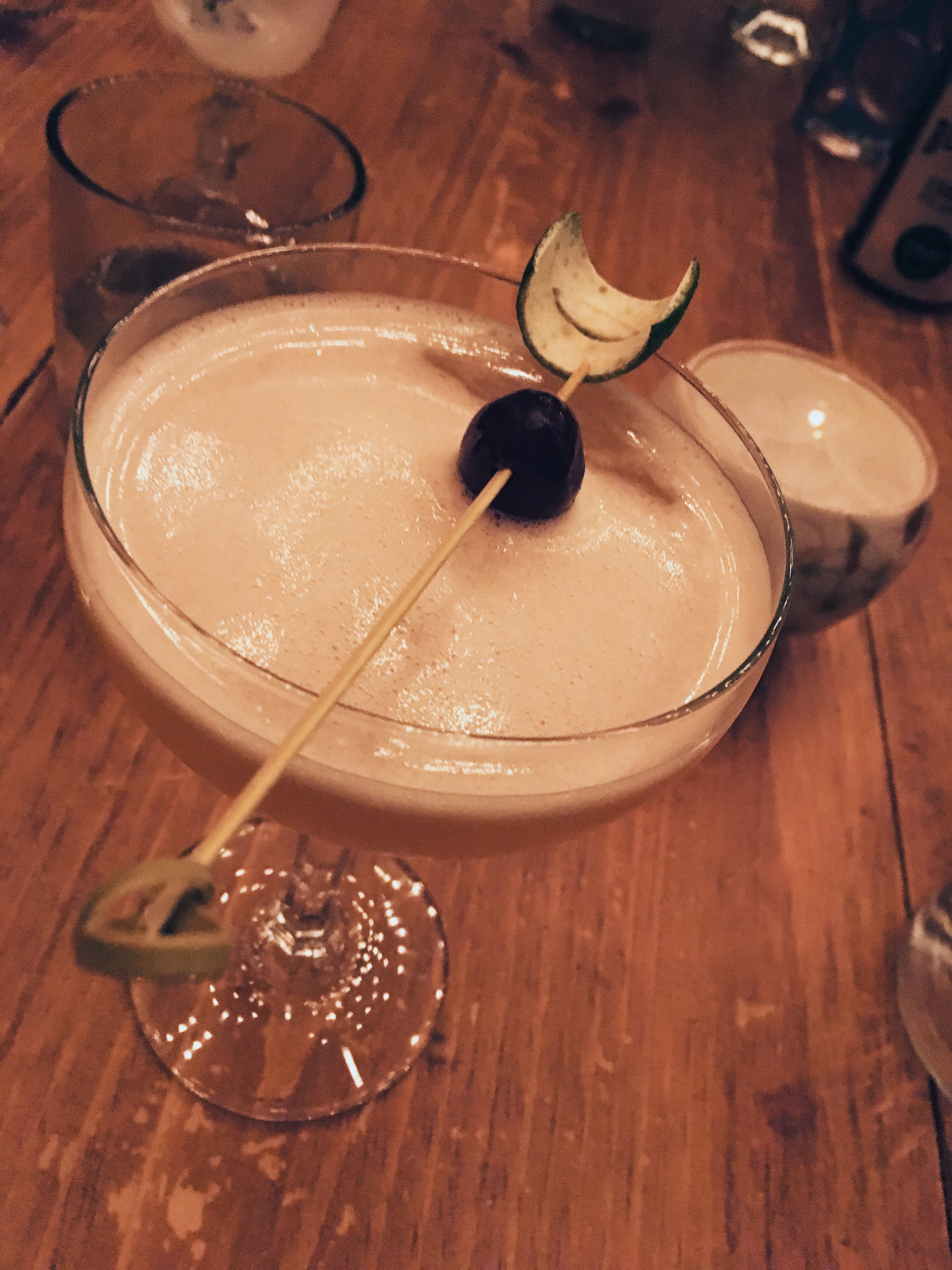 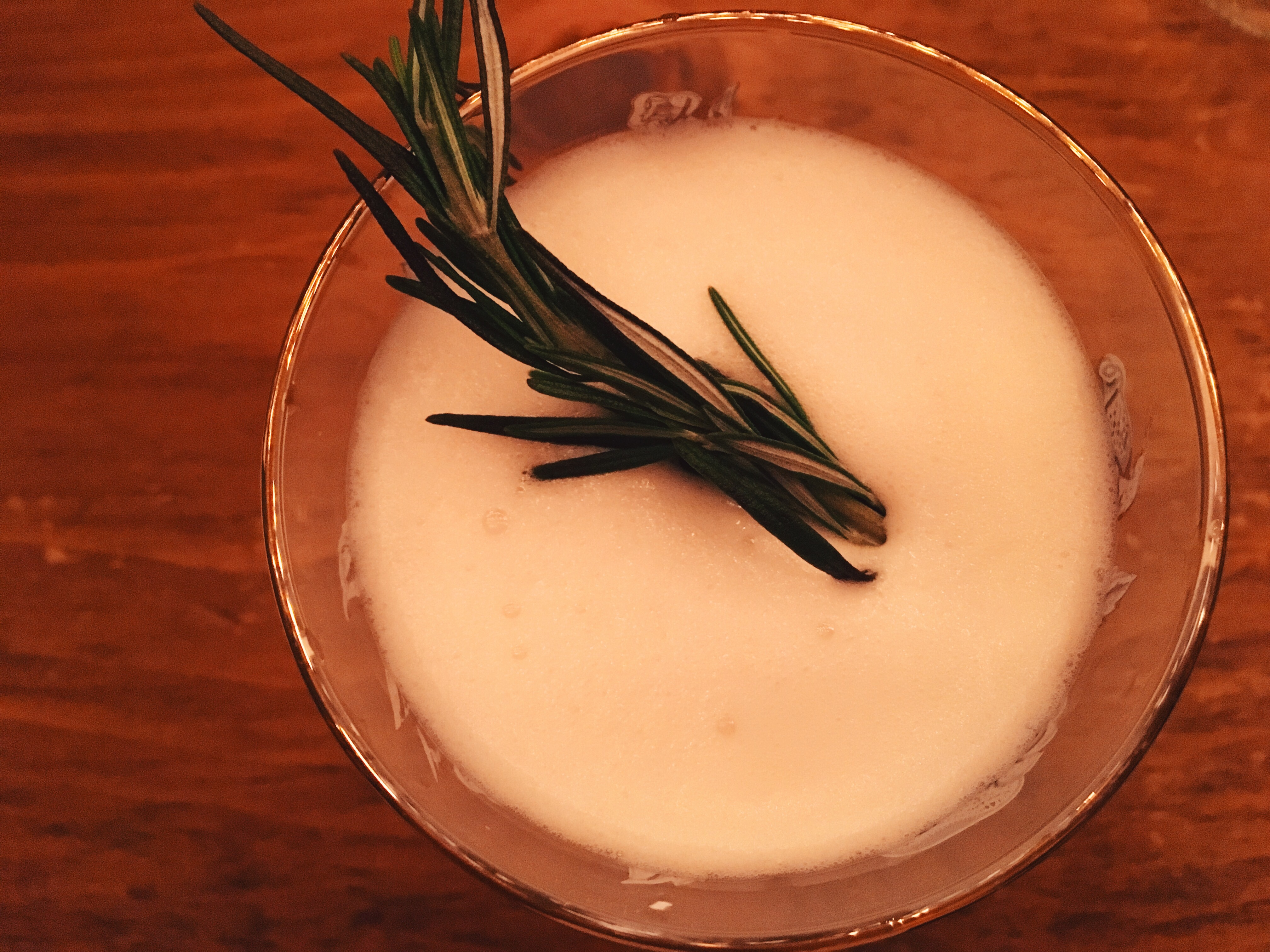 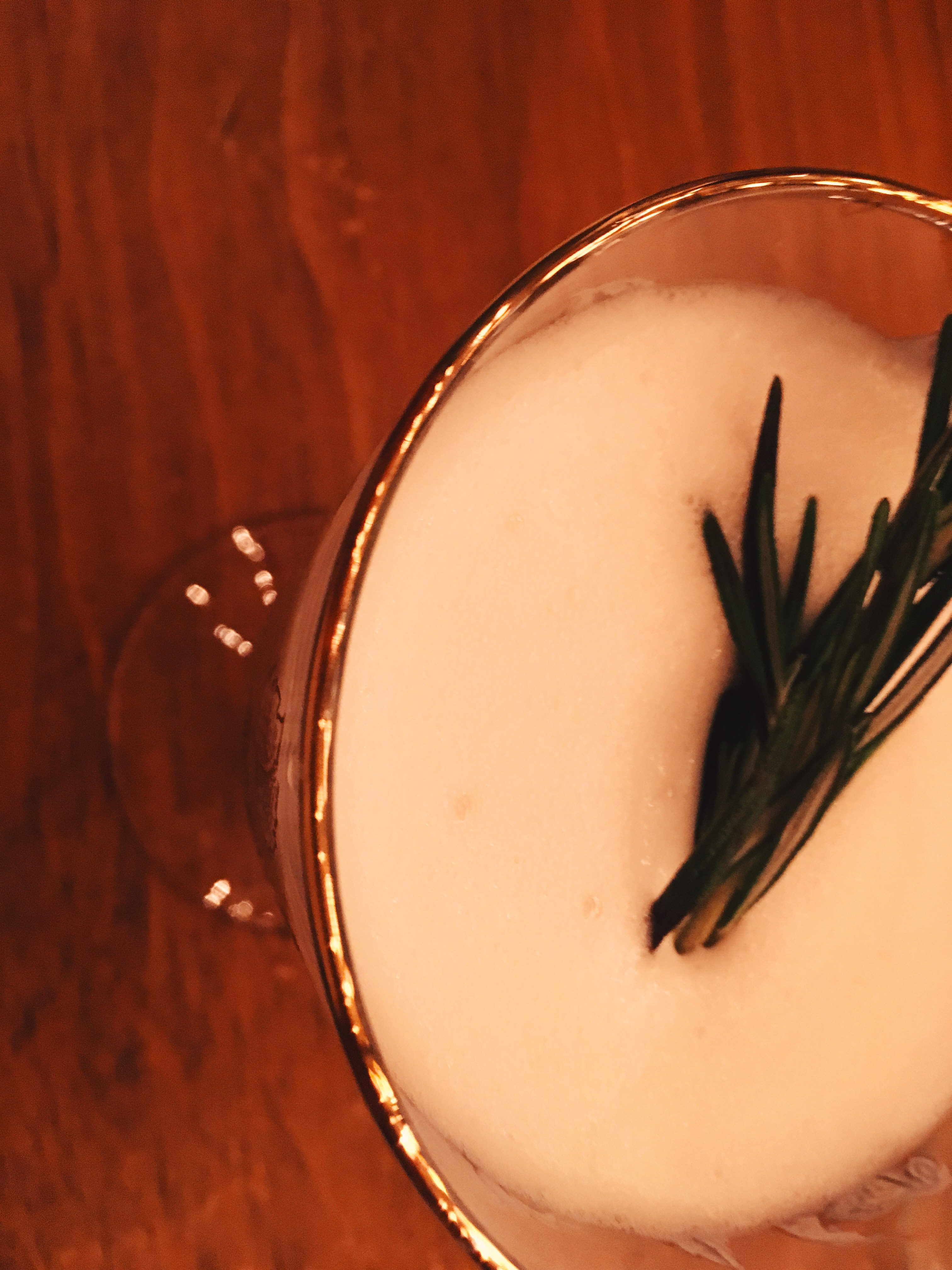 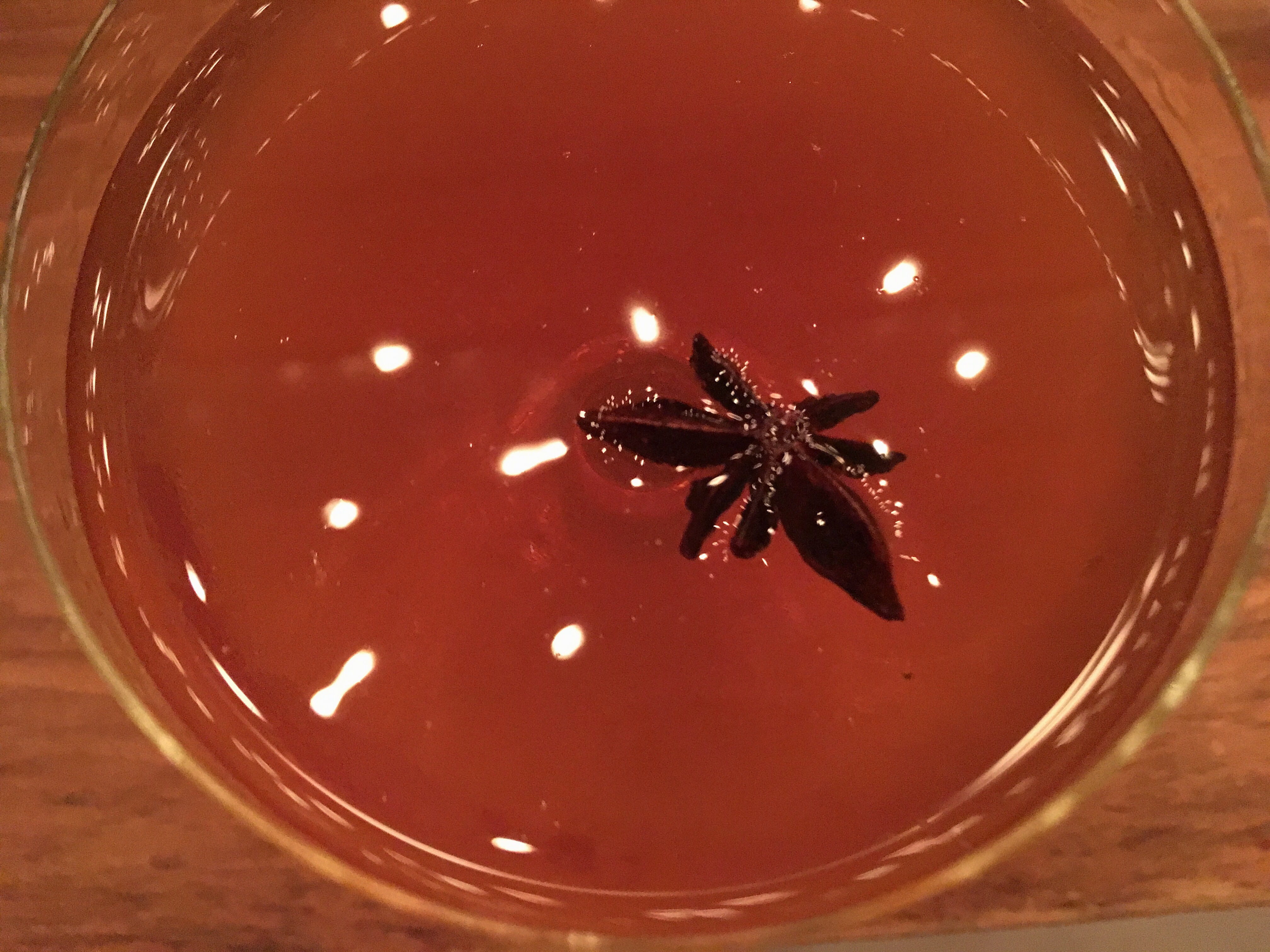 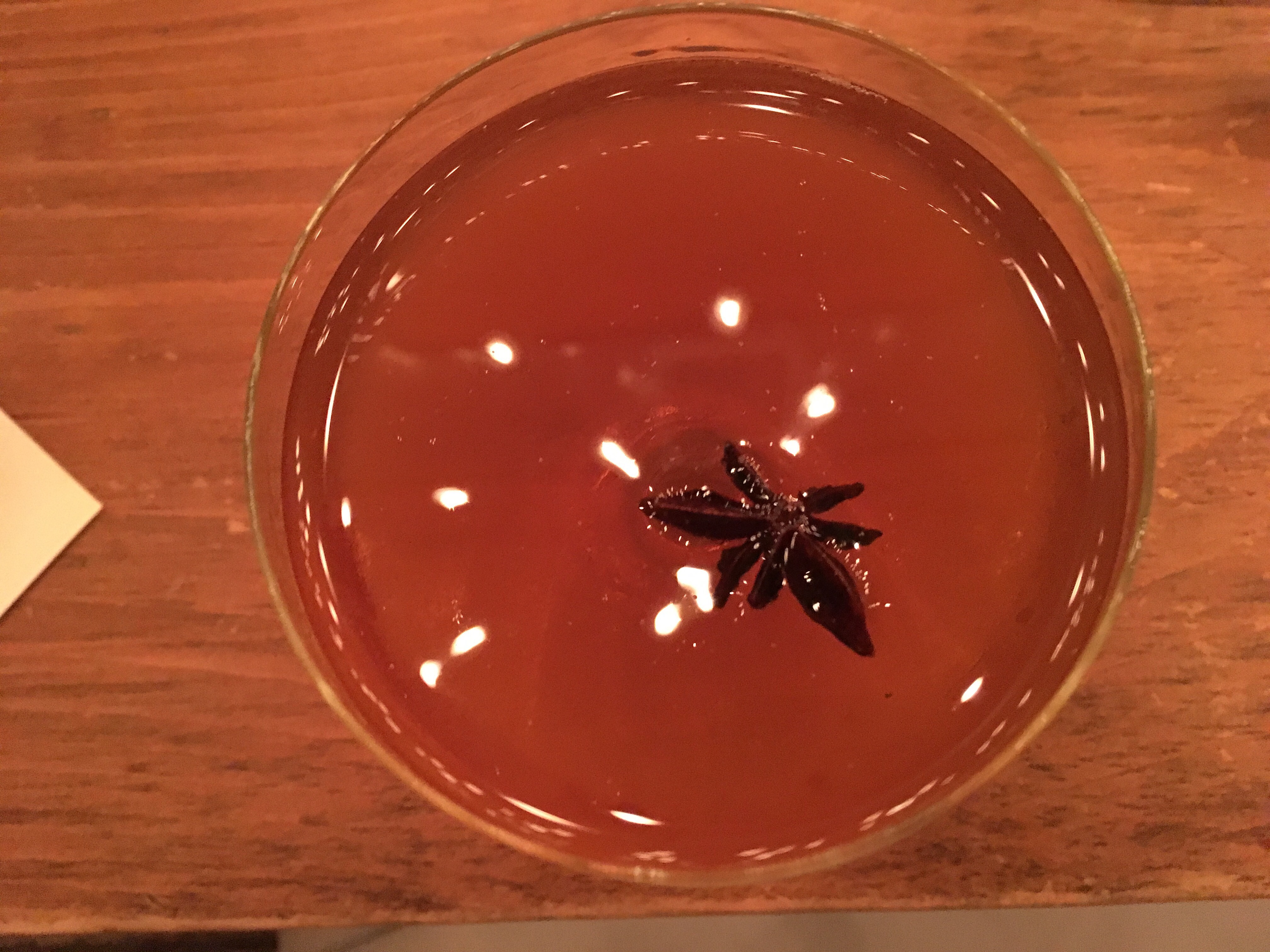 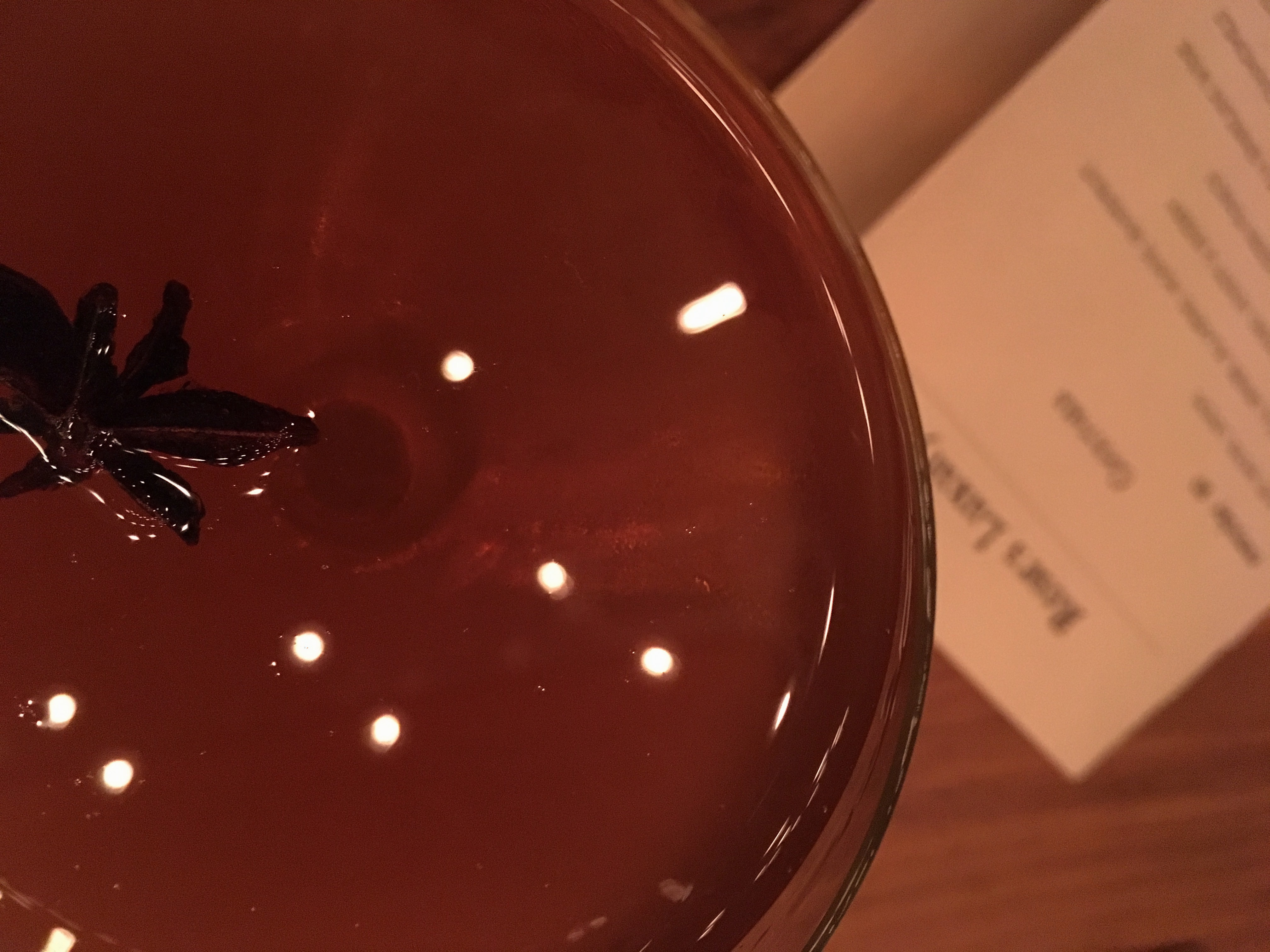