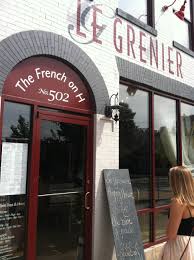 We mentioned that last Tuesday was our anniversary. Three years of marriage. Boom. That’s also three solid years that we’ve been trying to go to France. We got married in January and winters in Boston are just so brutal that we decided we should venture very far south. No one ever says, “you know when you should go to France, JANUARY!”. So the Caribbean it was in 2013.The next summer it ended up that I got into a grad school program that started in the summer. So France 2014 got nixed. Then come summer 2015, we had just paid for grad school and decided to move. This made a European adventure seemed a bit too reckless for our taste. So Uhaul and savings won out for summer 2015.

To compensate for all these yet to be realized France aspirations, we frequently find ourselves going to any and all restaurants, cafes, or movies that have even the slightest twinge of French to them. Black and white checkered floors. It must be a french cafe! They serve foie gras, done! It’s all very petty and very American and I know all French would roll their eyes at my eager and foolish enthusiasm.

Nonetheless, when a friend recommended the brunch at Le Grenier and the hostess answered the phone with a thick French accent, I was sold.

I was sold all the more by the adorable and cozy decor, solid brunch menu, and interesting lineup of brunch cocktails. 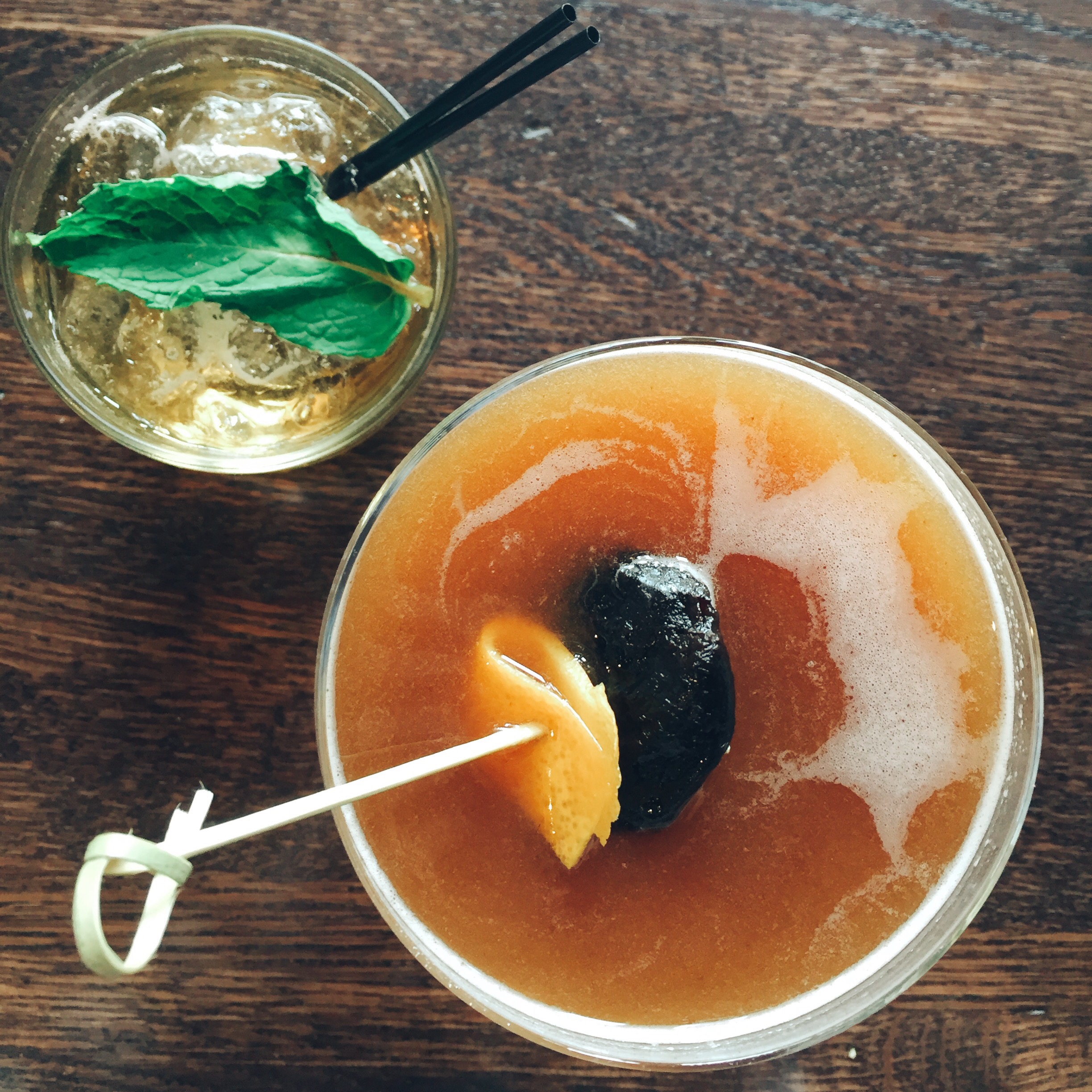 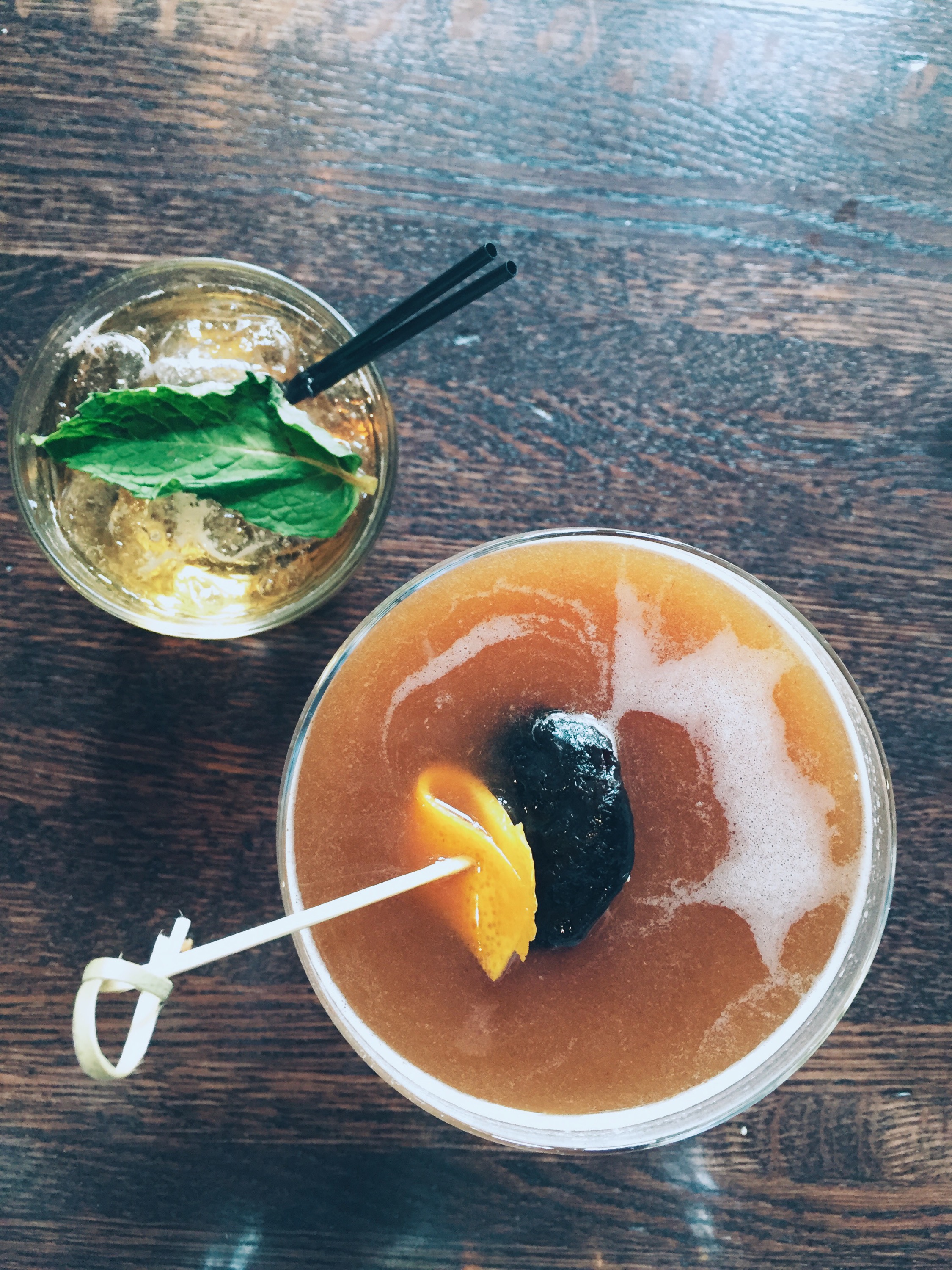 We should start by saying that it was very hard to choose which drinks to order! However in the end we were quite pleased by our choices.

We’re grateful to the Angel’s Tribute for introducing us to Byrrh. In addition to having a fabulous name (pronounced ‘beer,’ which can lead to some confusion), it’s a delightful little fortified wine; and we always love discovering a new fortified wine. We’ll be telling you about it soon! Also, I think if every drink came with a ‘mist’ of something it wouldn’t be a bad thing. I picture bartenders everywhere with perfume bottles of liquor, misting it dramatically onto drinks.

We loved the Paname for using sherry so well. We’ve been on quite a sherry kick, but he hadn’t had it paired with tequila yet. And, of course, you should always say, ‘Yes,’ to quince when it’s offered.

We haven’t tried it for any other meals, but it was a delightful, uncrowded, unhurried brunch. The cocktails were different from the usual brunch fare, the staff was charming, and the pain perdu (aka French toast) melted in the mouth. 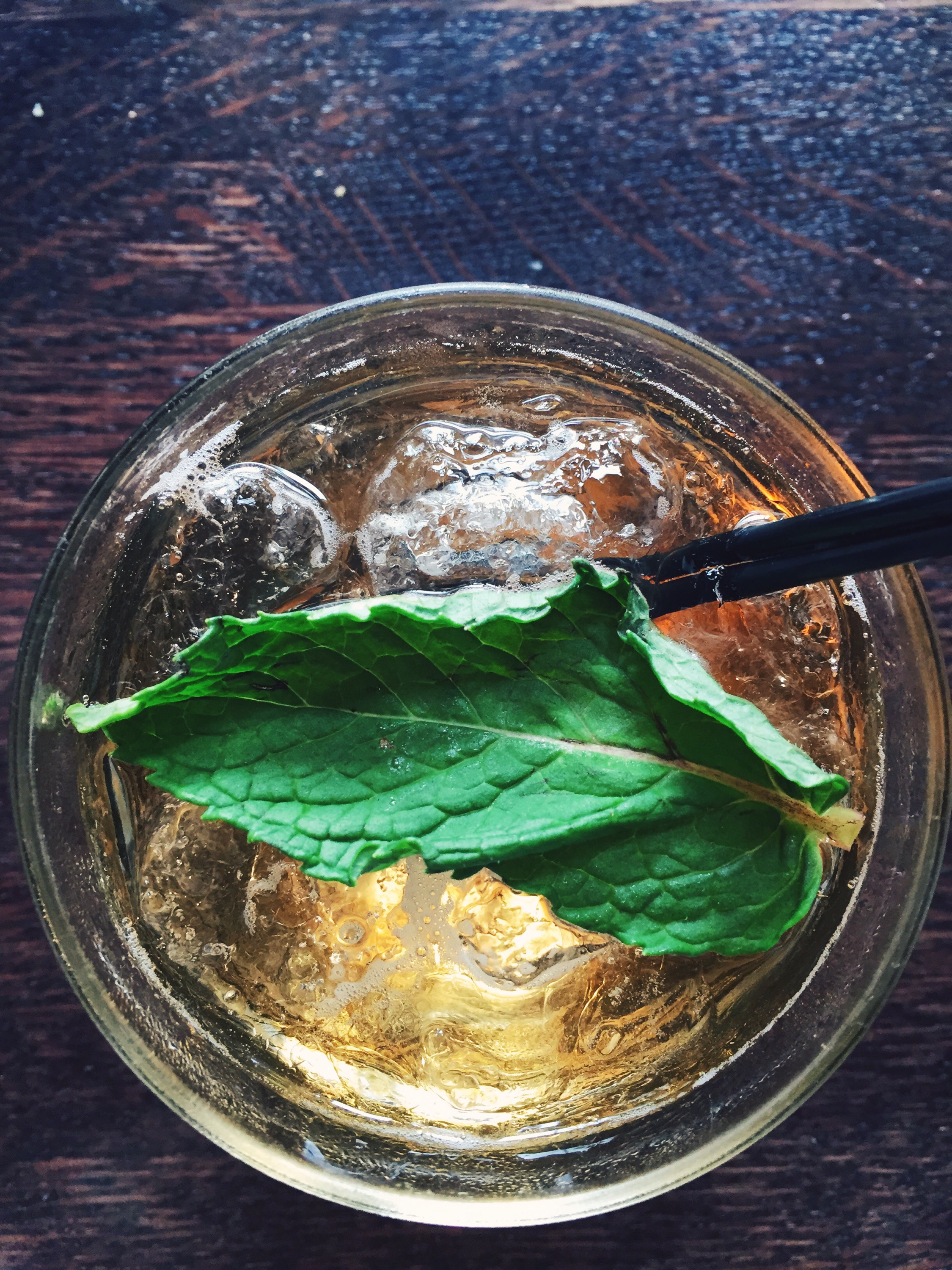 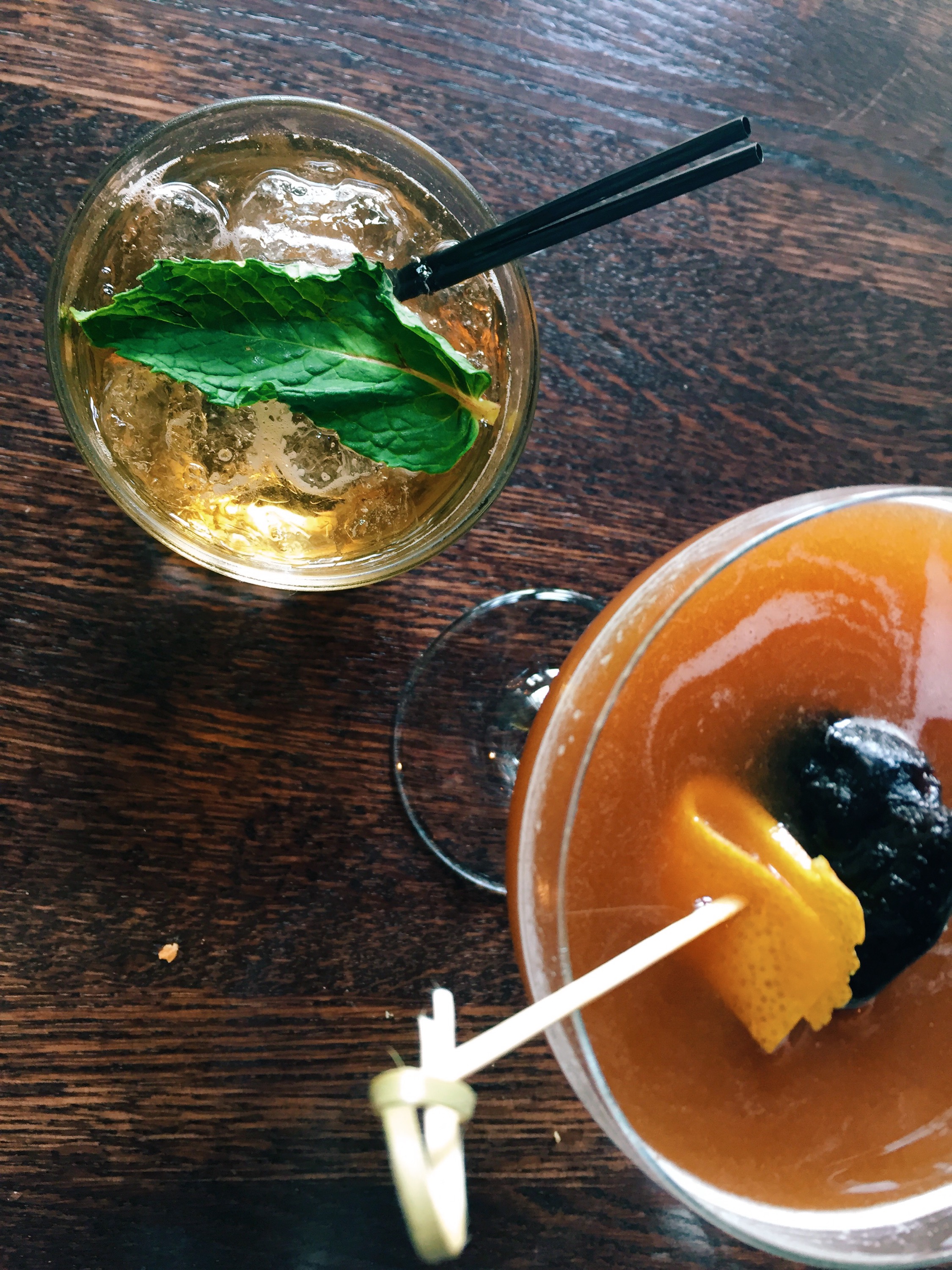 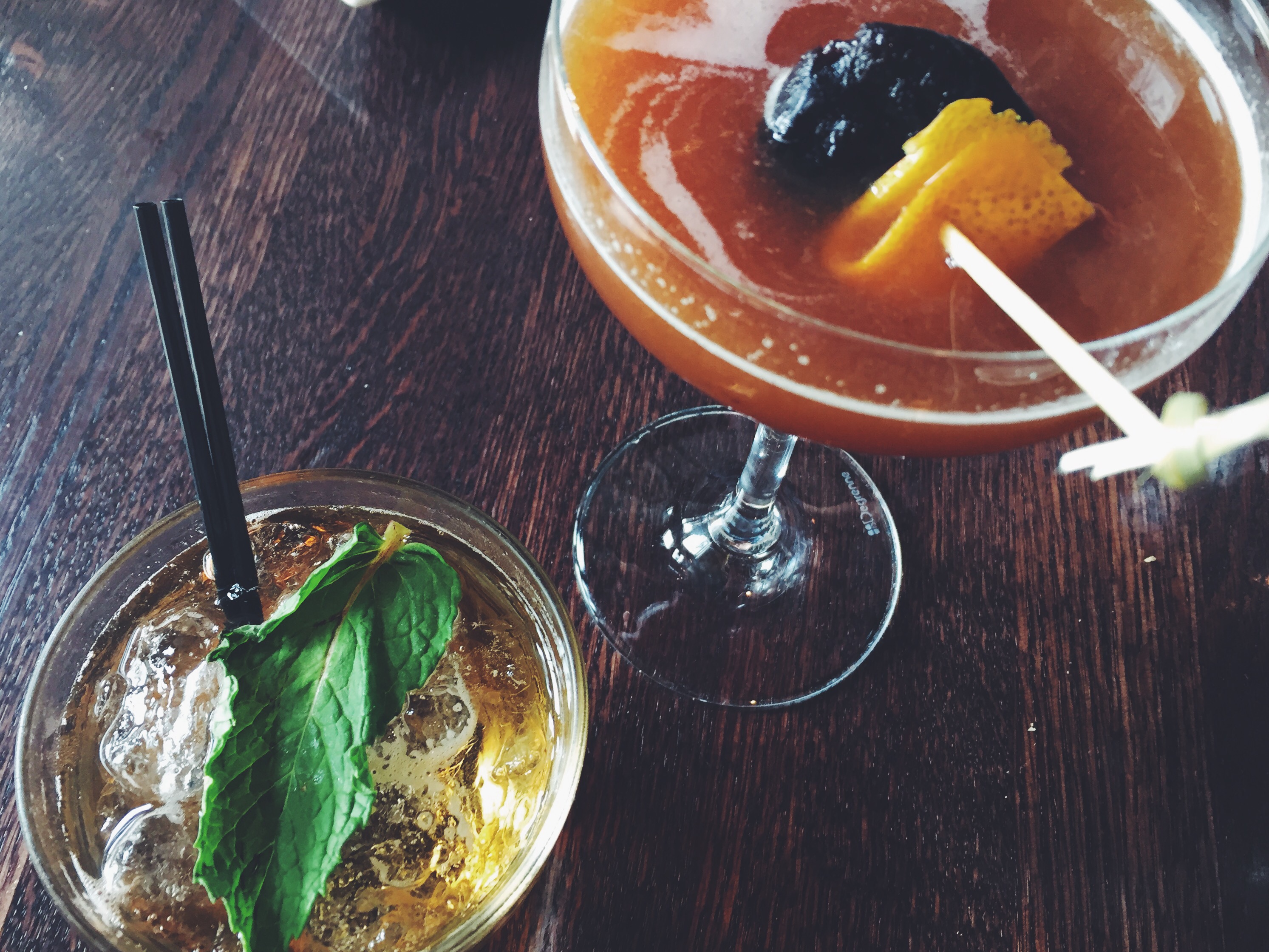