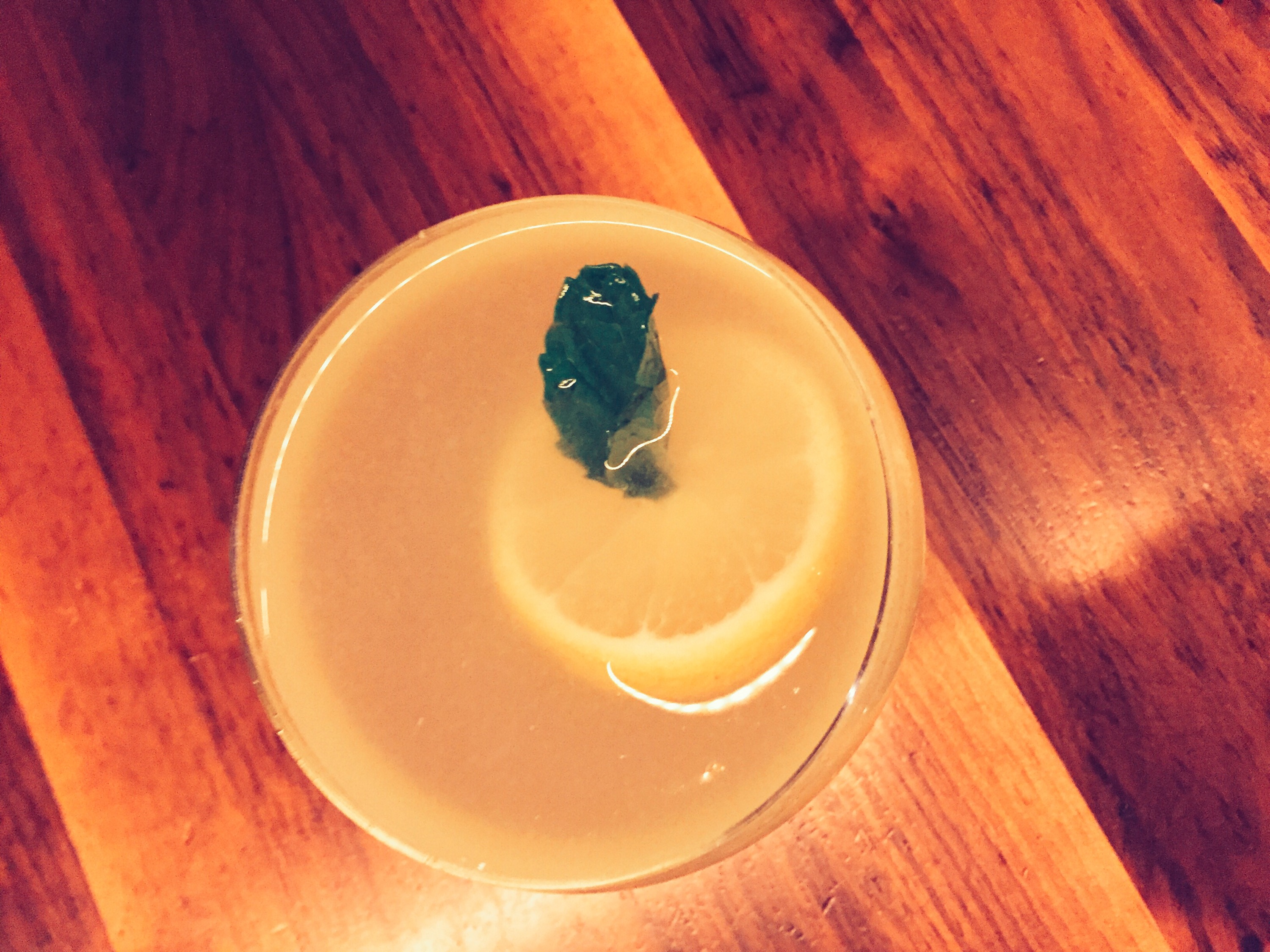 The first time we visited DC (as adults, that is–the infamous 8th grade class trip doesn’t count) a good friend told me we should go to Founding Farmers. It was a hazy memory of delicious and crowded. We were trying to pretend like our trip to DC was an anniversary trip, but in reality it was for an interview and an “oh my gosh might we actually move to DC” trip that happened to be the same weekend as our anniversary.

But when a friend was visiting from out of town and mentioned she heard from other friends that Founding Farmers was good, we instantly recollected, “YES! that place is good! We should go! Let’s go now!” It was like when you suddenly recall a dream and feel invigorated, equally because the dream was good and just because you remembered.

So we went to Founding Farmers and it was again delicious and also still crowded (so crowded for a Tuesday!). But this time it was all so much clearer. What we realized with our sharper vision is the drinks (in addition to the food, of which we ate SO much) are fabulous. We completely overlooked the fact during our first visit that they make their own spirits. And our waiter informed us that they also make all their own mixers. Fresh, fresh, fresh. Everything in their drinks is fresh and we l.o.v.e. that.

The sazerac, solid. The flame trick never get’s old. Despite the addition of demerara (a rum), the rye still dominated. 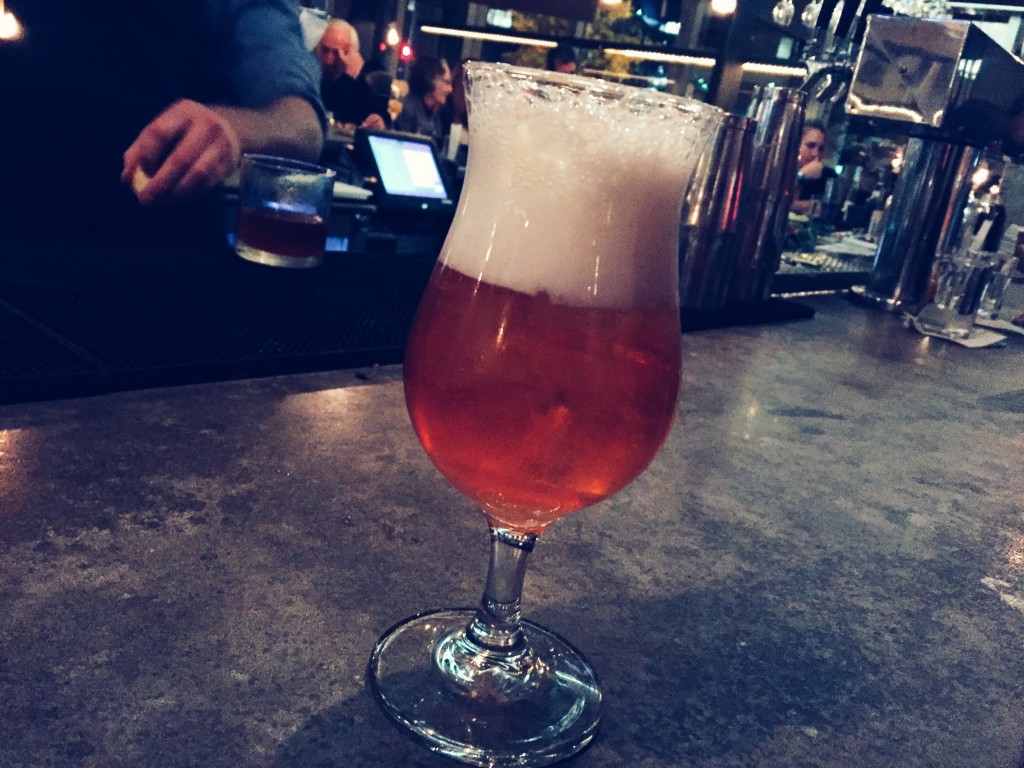 The Negroni Contadino might be my overall favorite drink of all of 2015. I would order it again instantly. I had never heard of this specific amaro, but I’ve already ordered a bottle because I must know what made my Negroni taste so fabulous. The amaro in place of sweet vermouth (what a tradiational Negroni would have) made the drink lighter, but had lovely notes of sweet and spice. I can’t begin to describe the grapefruit foam that topped the drink except it tasted like exactly that: foamy goodness with muted notes of grapefruit. 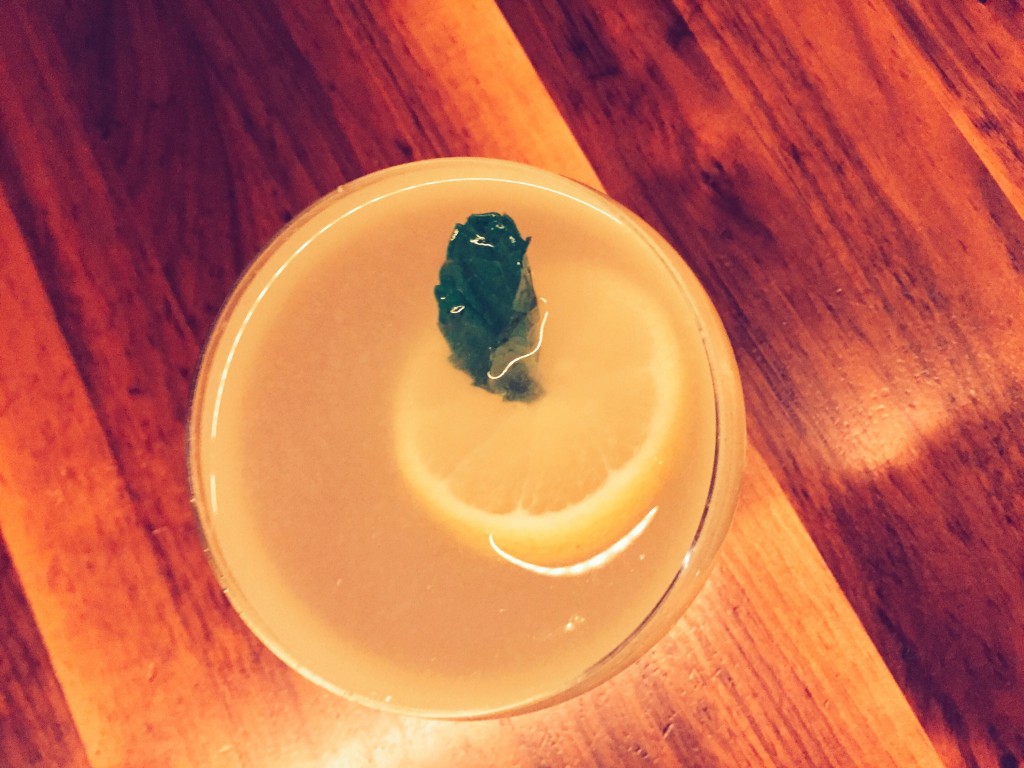 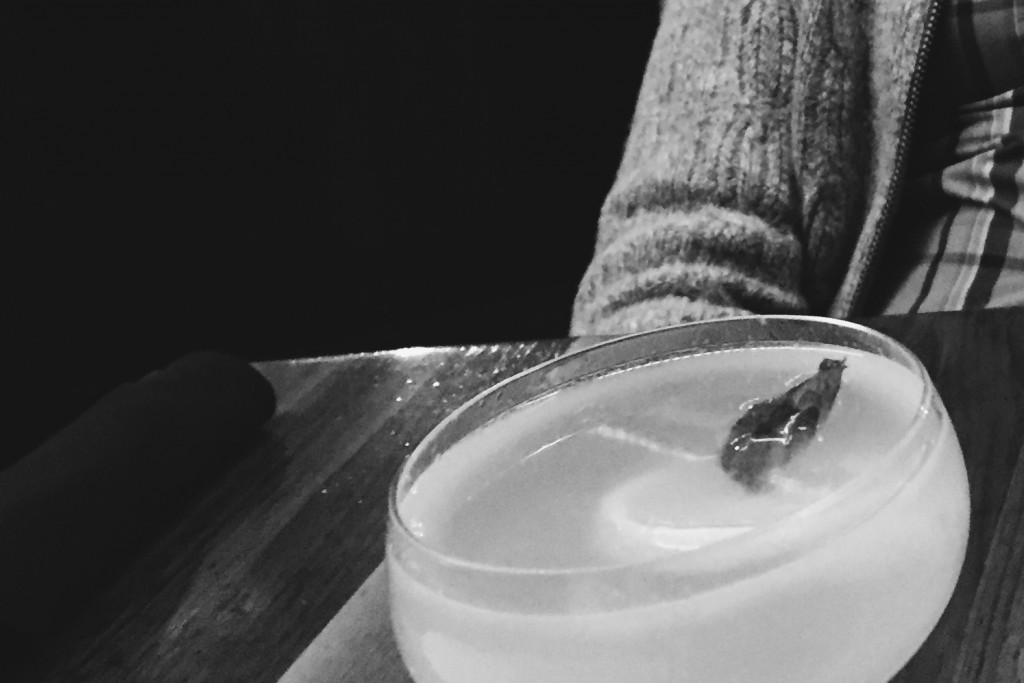 La Feria was solid as a clean tasting, citrusy drink with a hint of mint, but it had stiff competition and didn’t make it to the top of our brackets. 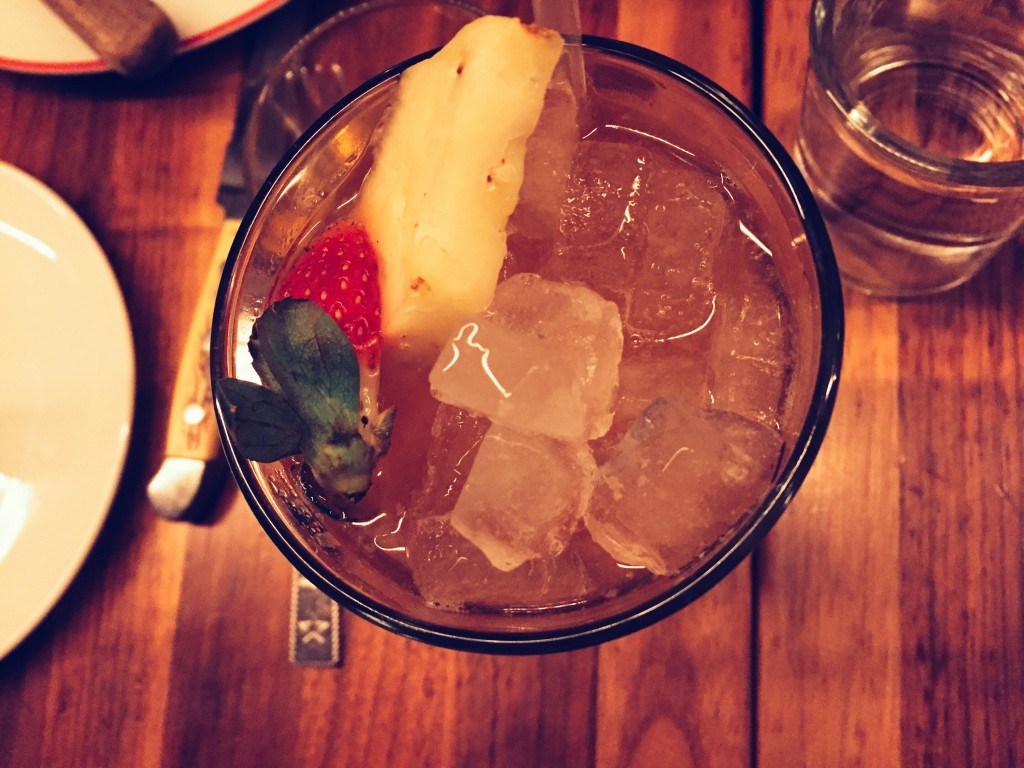 We were intrigued by The Basement because we’re on a #bringbacksherry kick. It was sweeter and fruitier and served in a highball, all things we typically steer clear of; but we were pleasantly surprised by the lovely mix of rye and fruit and just how light the sherry made the drink. 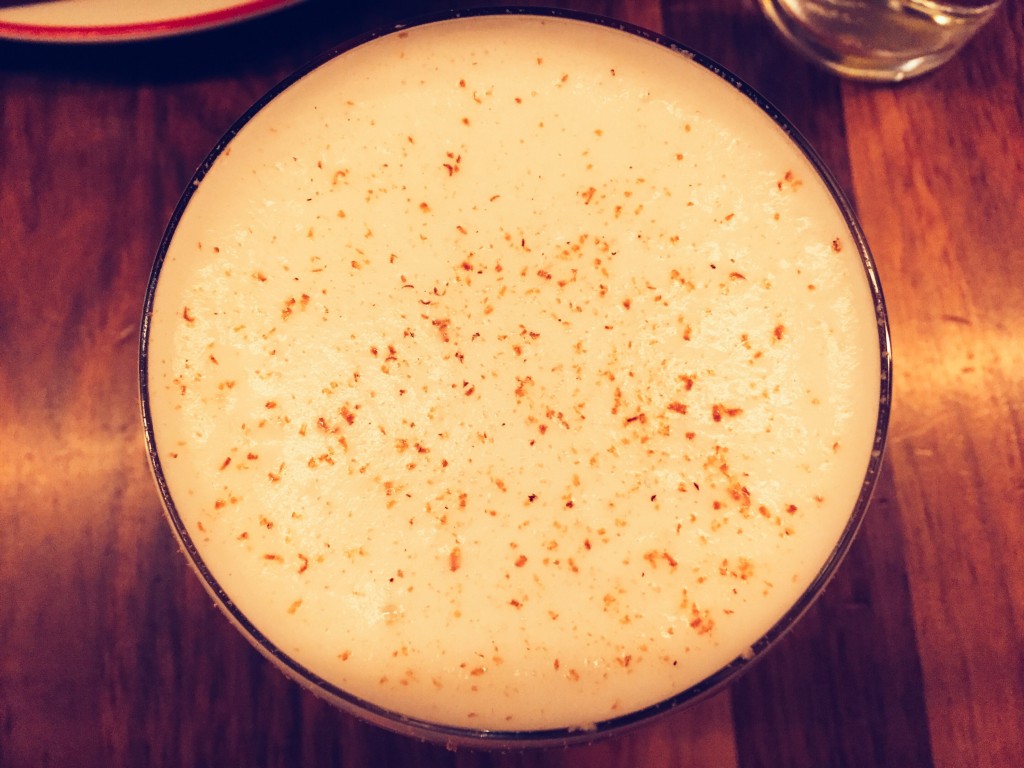 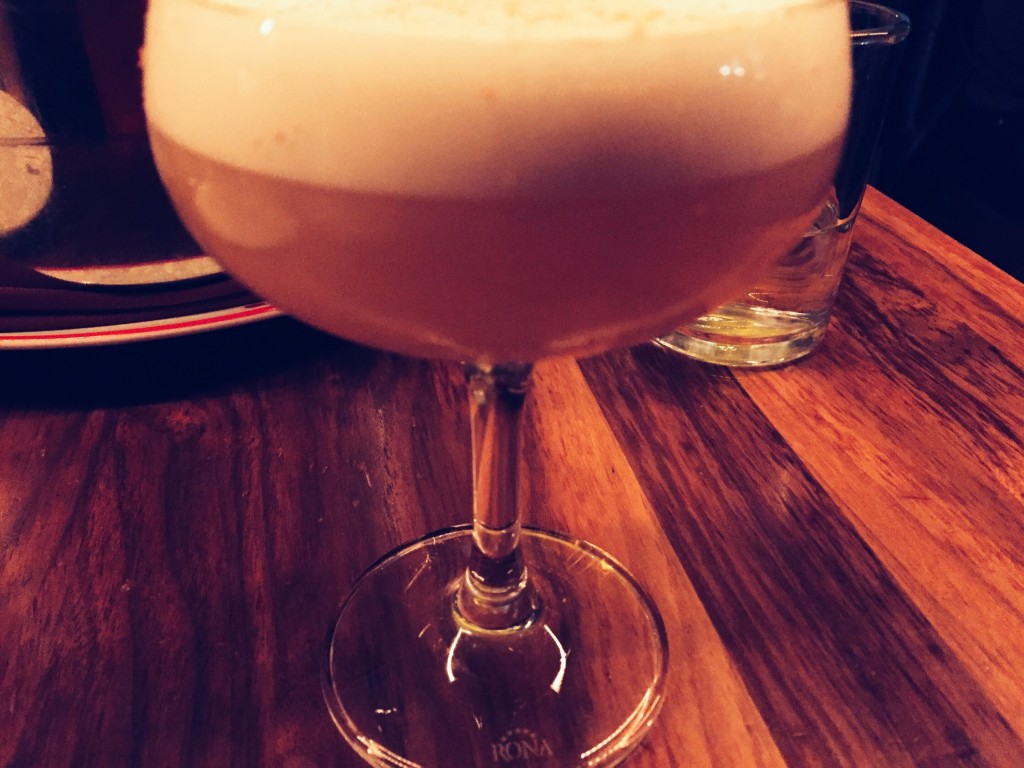 *The Chief’s Pick. So these “just tell us what you like and the bartender will whip something up” drinks don’t always go well. But we felt like we were in good hands. We were instructed to pick a base liquor and a flavor. We went with gin or vodka and “winter” for our flavor, and that is exactly what we got; Gin and St. Elizabeth’s All Spice Dram, a hint of lemon, an egg white and shaved cinnamon. My friend exclaimed after her first sip, “Oh this is what Christmas tastes like.” And I think that is the best way to sum it up. We’ll be working on replicating that and bringing it to a holiday table near you in the future.

Farm to table is all the rage and they serve massive and delicious portions of American classics so I think the place will always be packed, but go there, please, for some drinks. And make a reservation. You’ll be glad you did.