Where We’ve Been Drinking: Cherry Blossom Pop Up Pub in Shaw 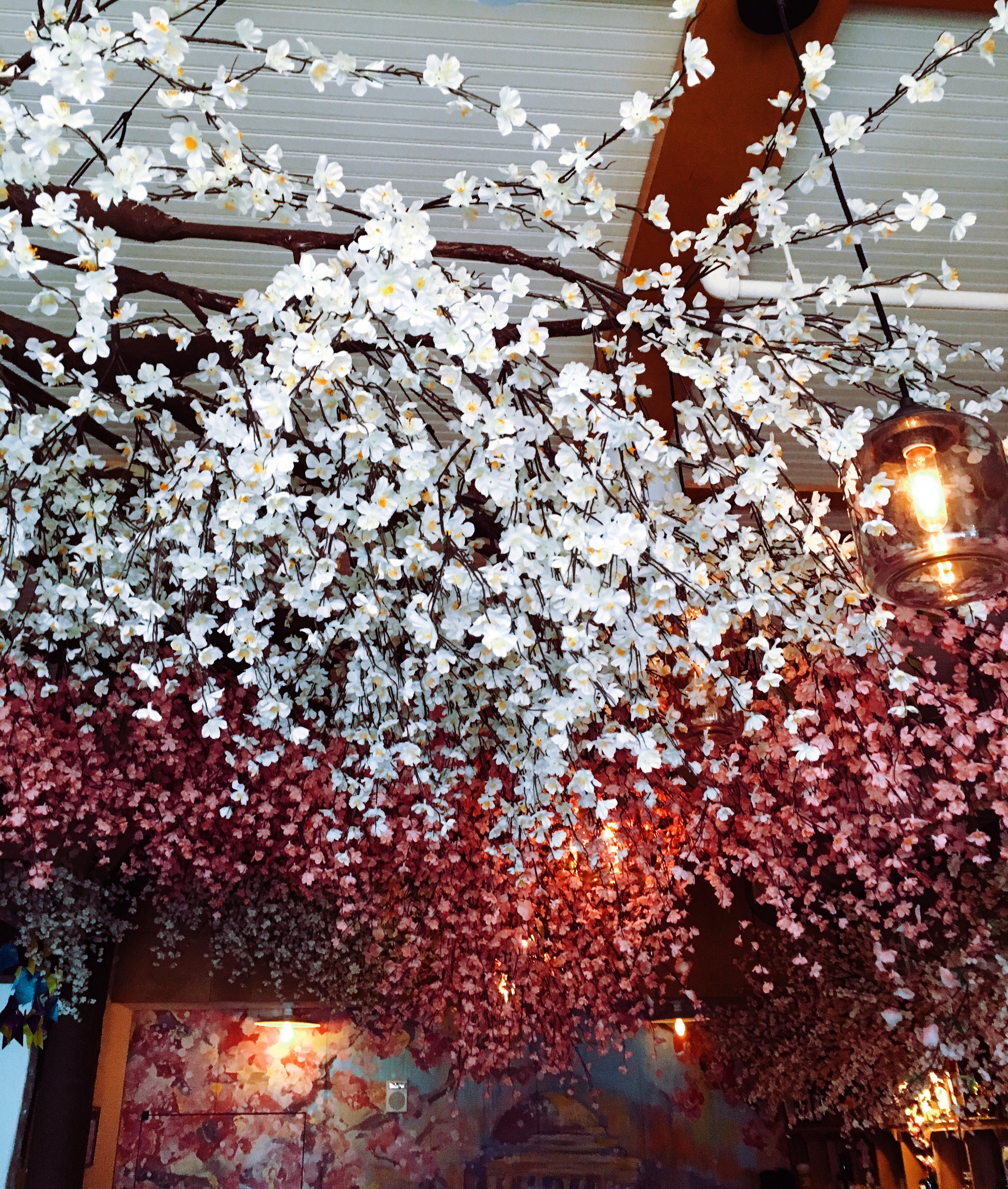 22 Mar Where We’ve Been Drinking: Cherry Blossom Pop Up Pub in Shaw

Where We’ve Been Drinking: Cherry Blossom Pop Up Pub in Shaw

It’s cherry blossom season right now in DC, the time of year when the 3000 trees gifted to Washington, D.C., by the Mayor of Tokyo in 1912 bloom. The Tidal Basin gets overrun by 10s of thousands of people, affecting traffic all around the Mall, for weeks on end. It might even be crazier than when the pope visited (and definitely crazier than this year’s inauguration ended up being–just compare the photos), but you can’t really be mad at the hordes of tourists, because they’re right: the overwhelming mass of stunning beauty is something to behold, like a picture of what it would be like if the world we’re taken over by flowers.

At least that’s usually how it works.

Like for the rest of DC, this winter’s been tough on the delicate blossoms. An unusually warm February kicked the trees into early blossom mode. But then an early March freeze pushed predictions of peak bloom back again, and an unexpected snowstorm has left us wondering just how many of the flowers will survive at all.

If anything makes us believe that the blossoms will pull through, it’s all of the good cherry blossom energy emanating from Shaw. Next door neighbor, and sister, bars Mockingbird Hill and Southern Efficiency closed down their normal operations for the season and reincarnated as a Cherry Blossom Pop Up Pub. One of the bars is decorated as a full-on cherry blossom garden: artificial cherry blossoms festooned from the walls, the ceiling, and the shelves of the bar; strings of origami cranes serving as a divider between the front door and the bar; an impressionist-style mural of the Tidal Basin during peak bloom filling the entire back wall. The other bar, in what must be a more whimsical twist on the Japanese theme, is decorated entirely in Super Mario style. Both of them have a Japanese-influenced, cherry blossom inspired cocktail menu.

This was not the kind of theme bar where they dye everything pink, drop in a cherry, and call it a day. While there were light-hearted touches like Asian Cat tiki mugs, the drinks were thoughtfully designed. They catered to a variety of drinking tastes, with tiki and Collins contributions, whiskey cocktails and a punch or two. The two we ordered were spirit-heavy drinks, served straight up in coupe glasses, without a hint of cherry to them; but somehow they still seemed to fit the Japanese-cherry-flower theme.

As We Say in Brooklyn at first seemed to have a chocolate foretaste. But it wasn’t chocolate; as you drank more, you realized it was a complex blend of Armagnac’s spice with banana and hints of sesame oil. That complexly sweet front gave way to a silky, lemon aftertaste, with just a hint of bitterness. Overall, the drink was sweet, but with a full, well-rounded flavor.

1000 Paper Cranes was a full-on burst of plum flavor, again with a touch of bitterness at the end.

Both drinks were unusual and satisfying, like deep reflections on the taste of spring in cocktail form.

Show up early. And that goes for both the Tidal Basin and the Pop-Up Pub. If you want to beat the hordes of tourists to the actual cherry blossoms, show up right at dawn; you’ll get to quietly take in the glory of it in the company of a photographer or two, and the occasional passing jogger. If you want to get into the Cherry Blossom Pop Up Pub, the doors open at 5, but the line starts to from at about 4:45, and only gets longer as the evening goes on. 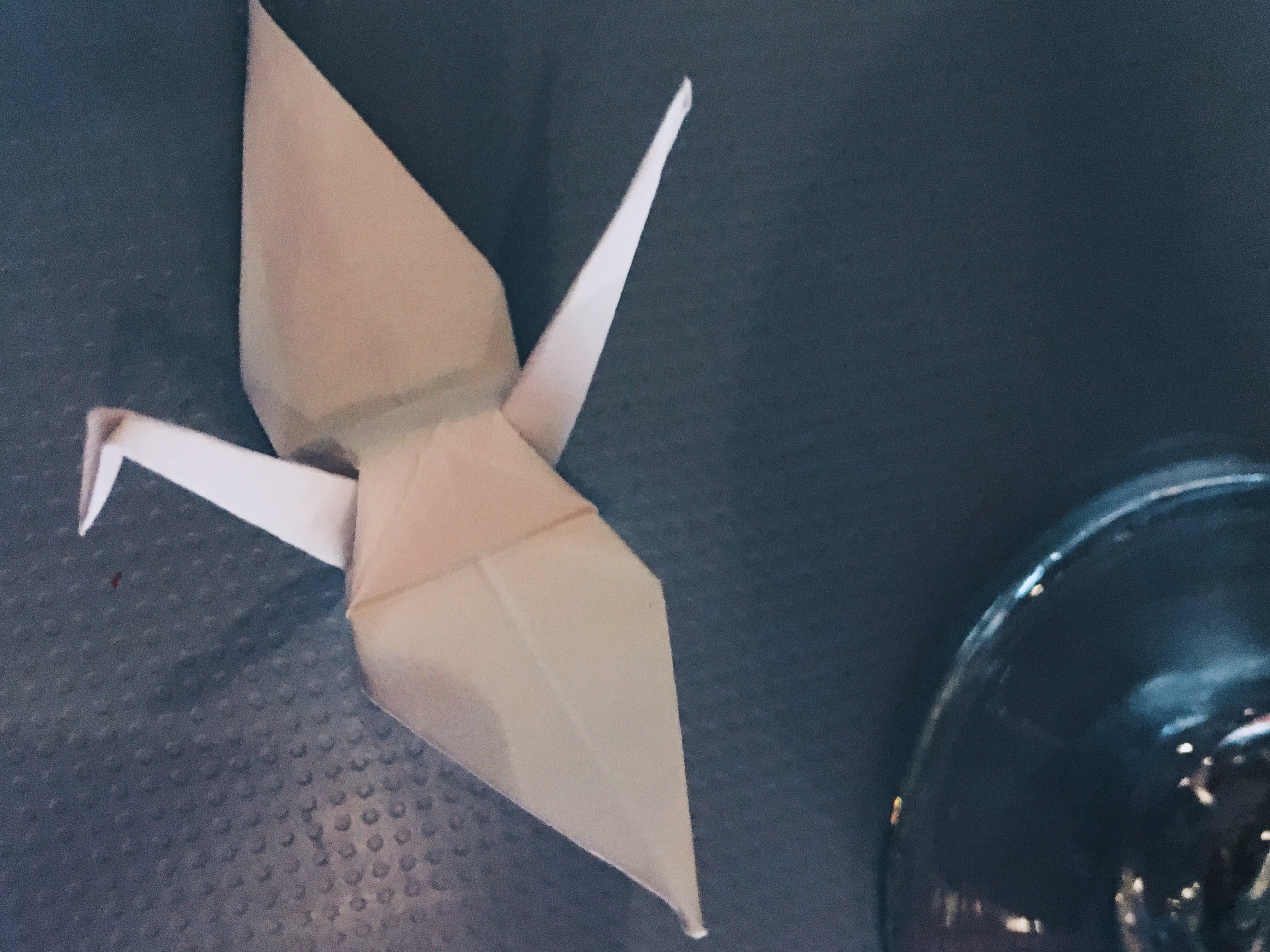 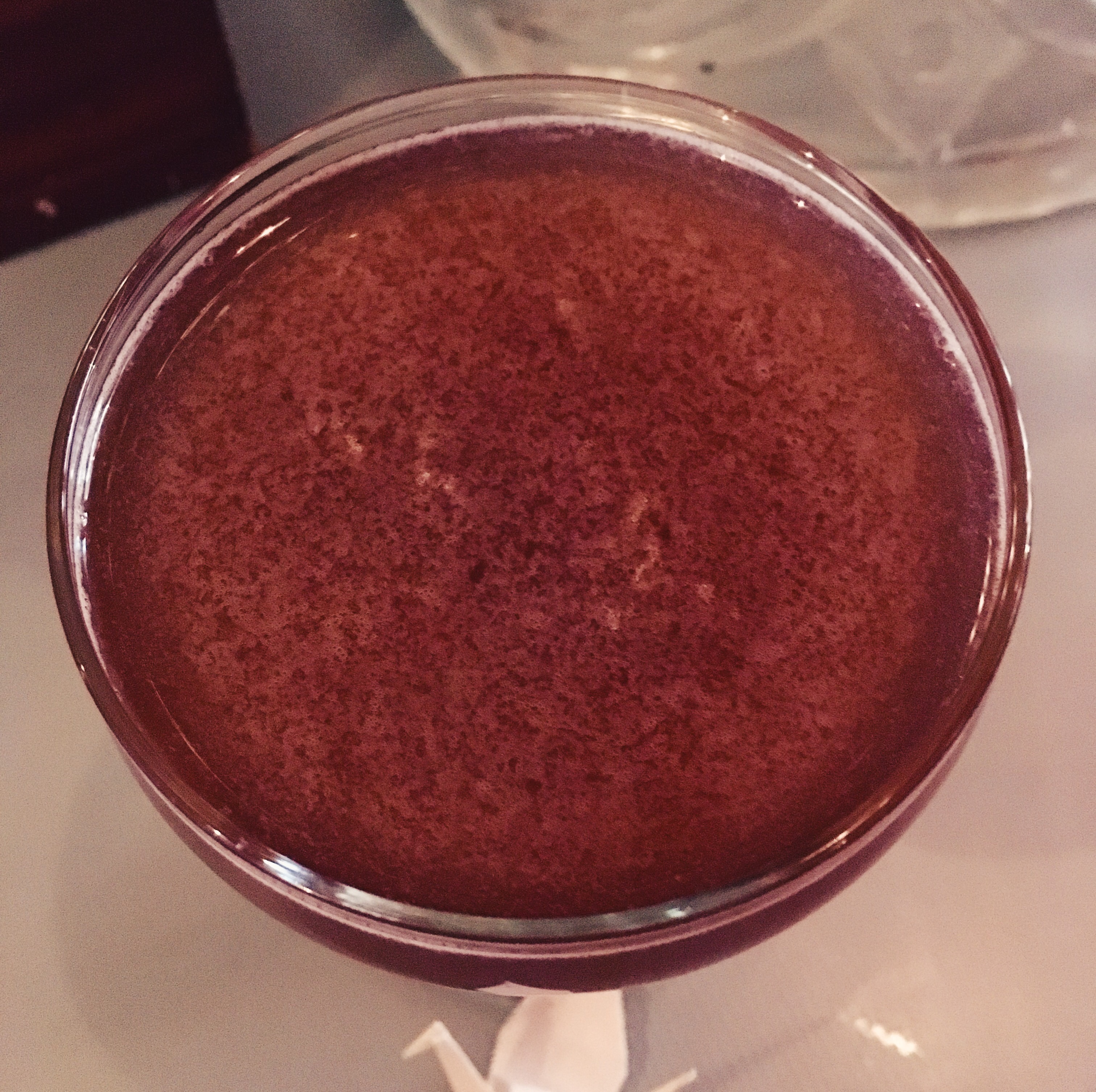 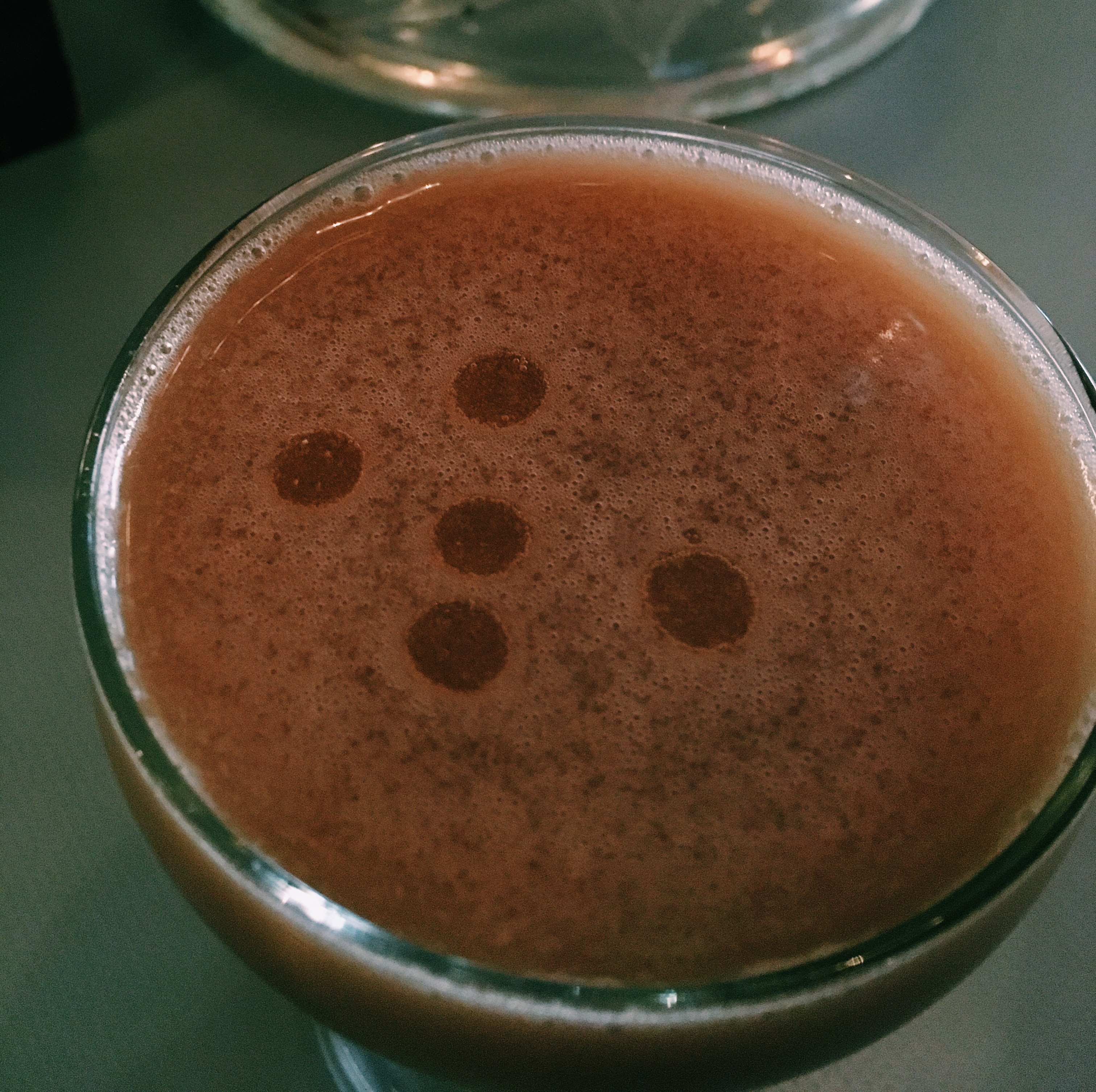 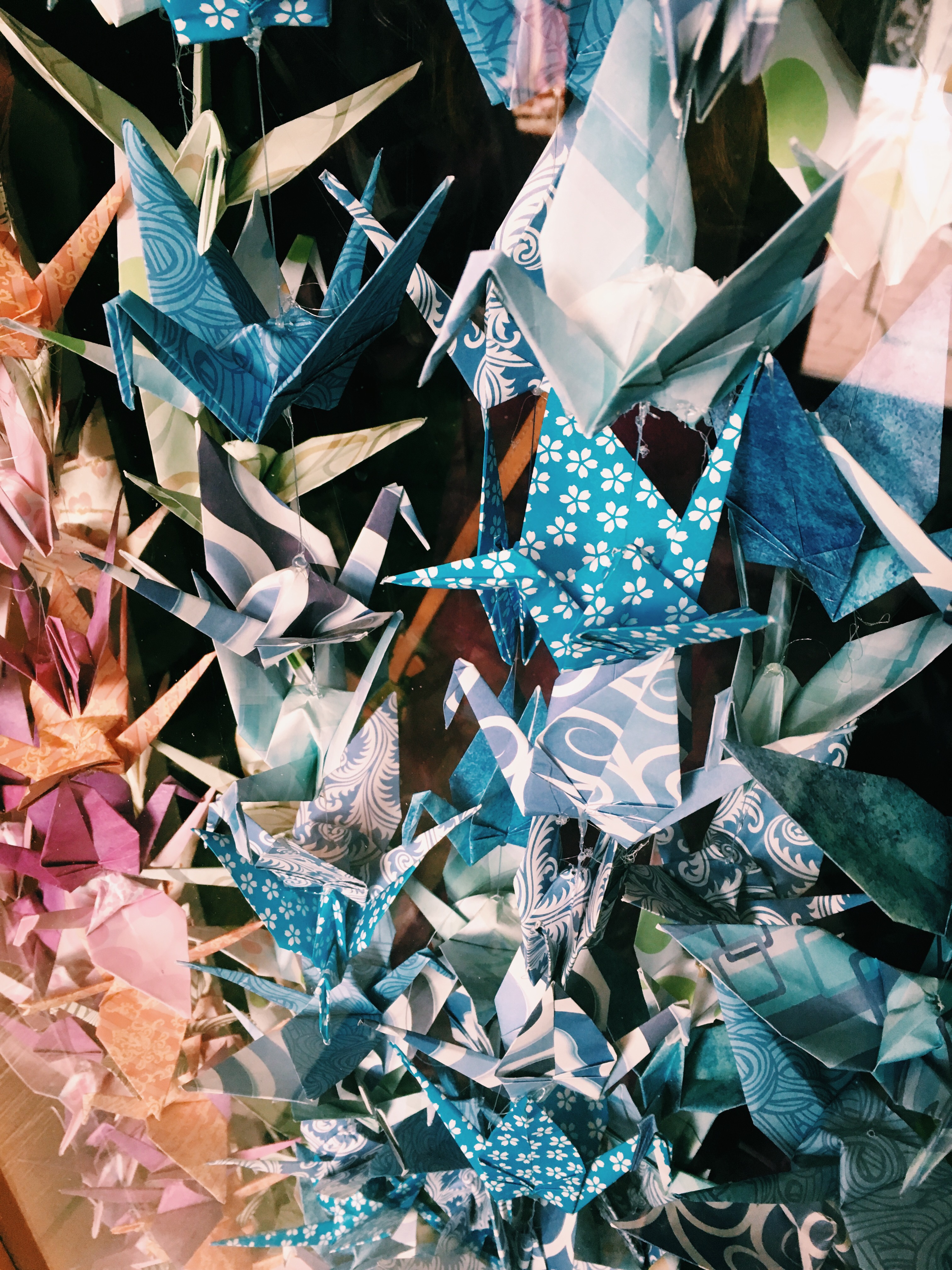 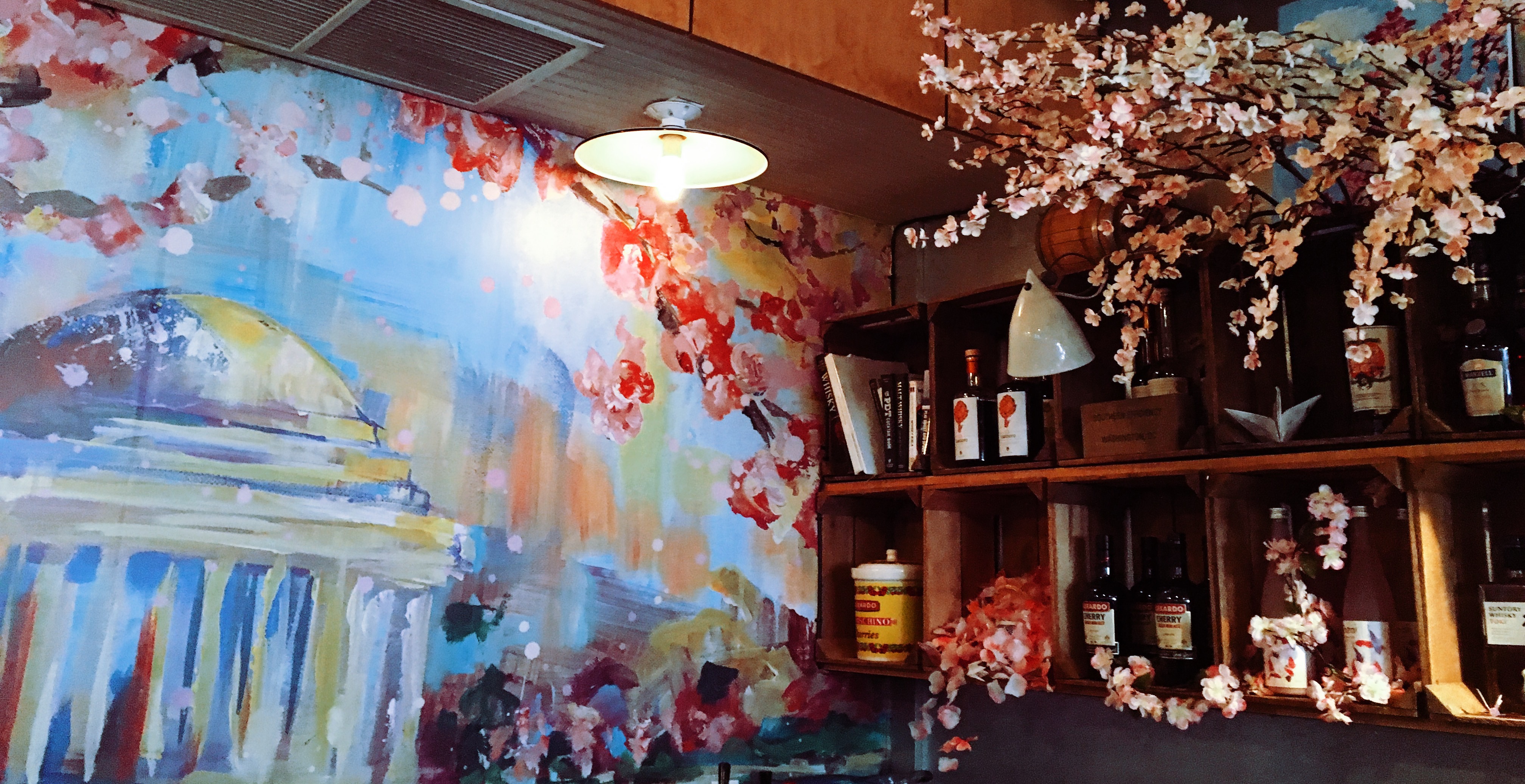 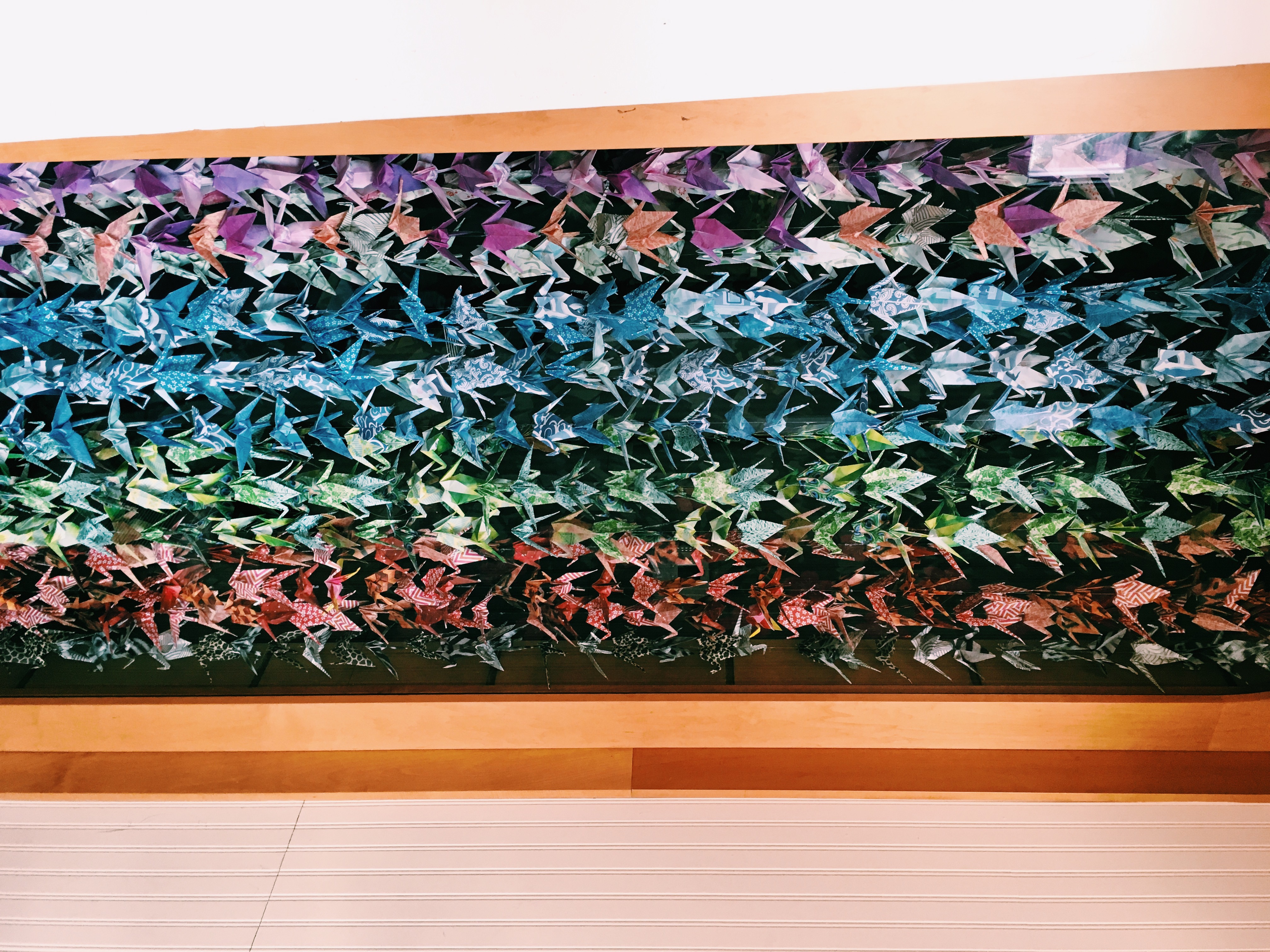 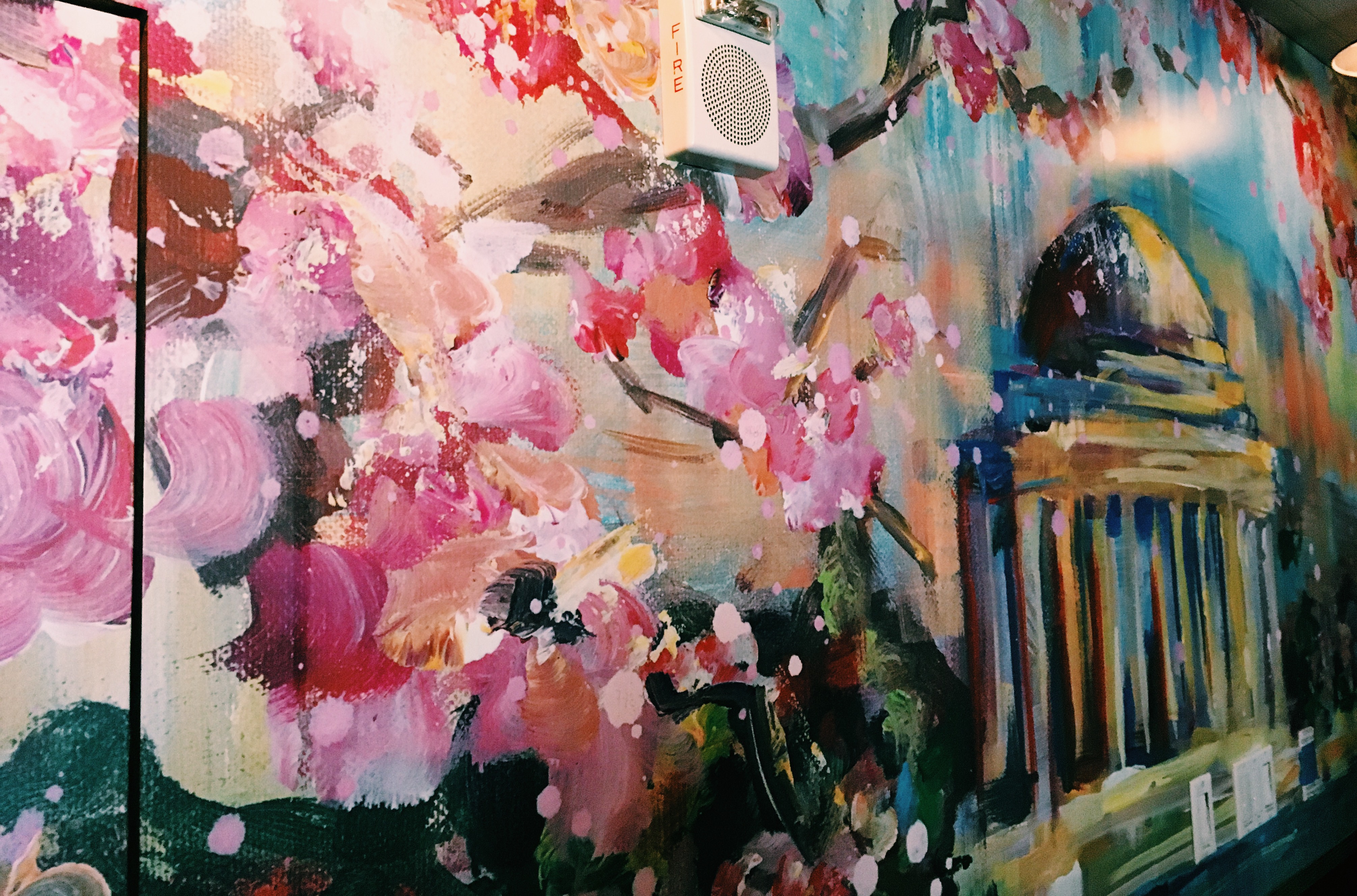 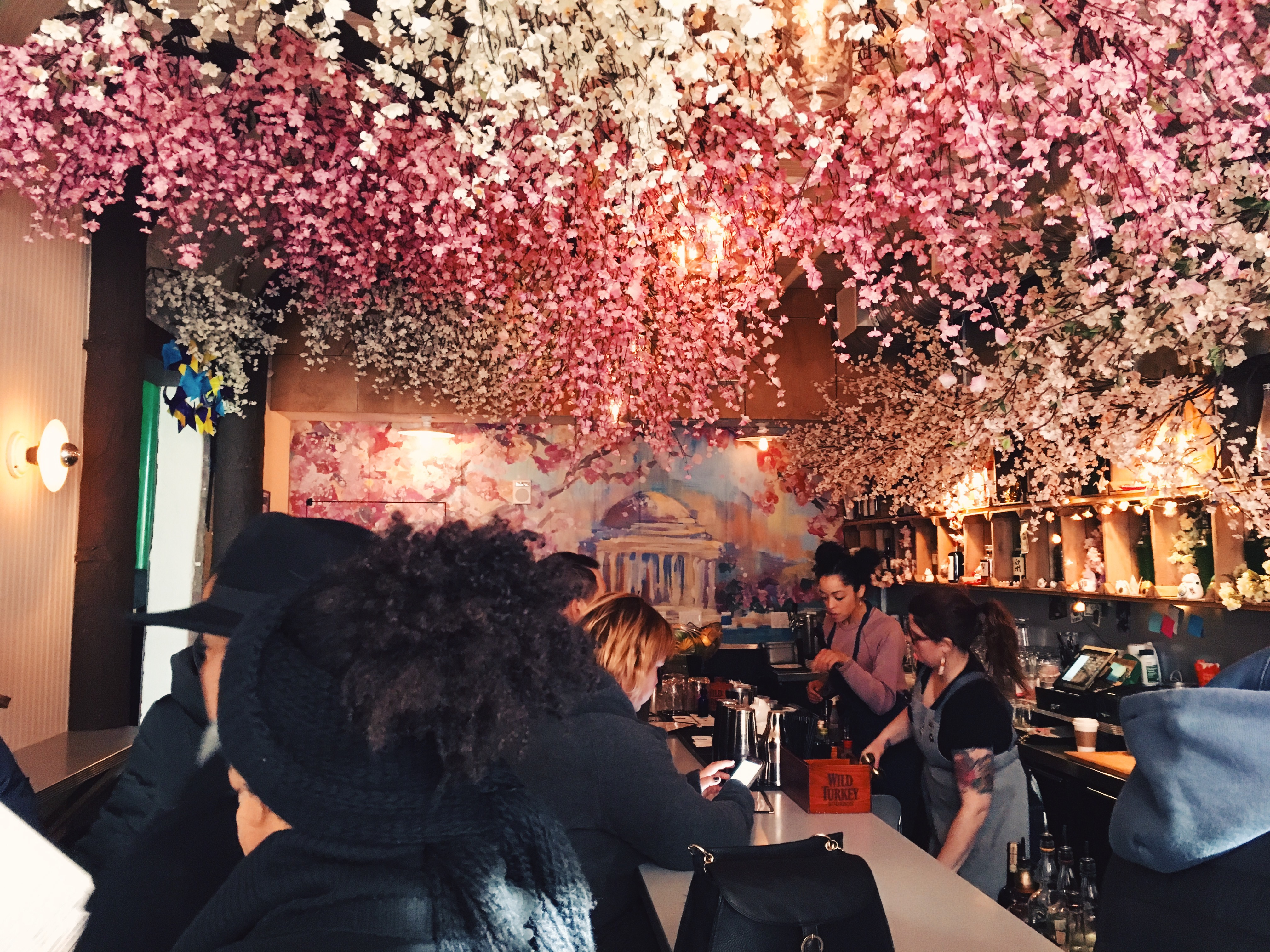 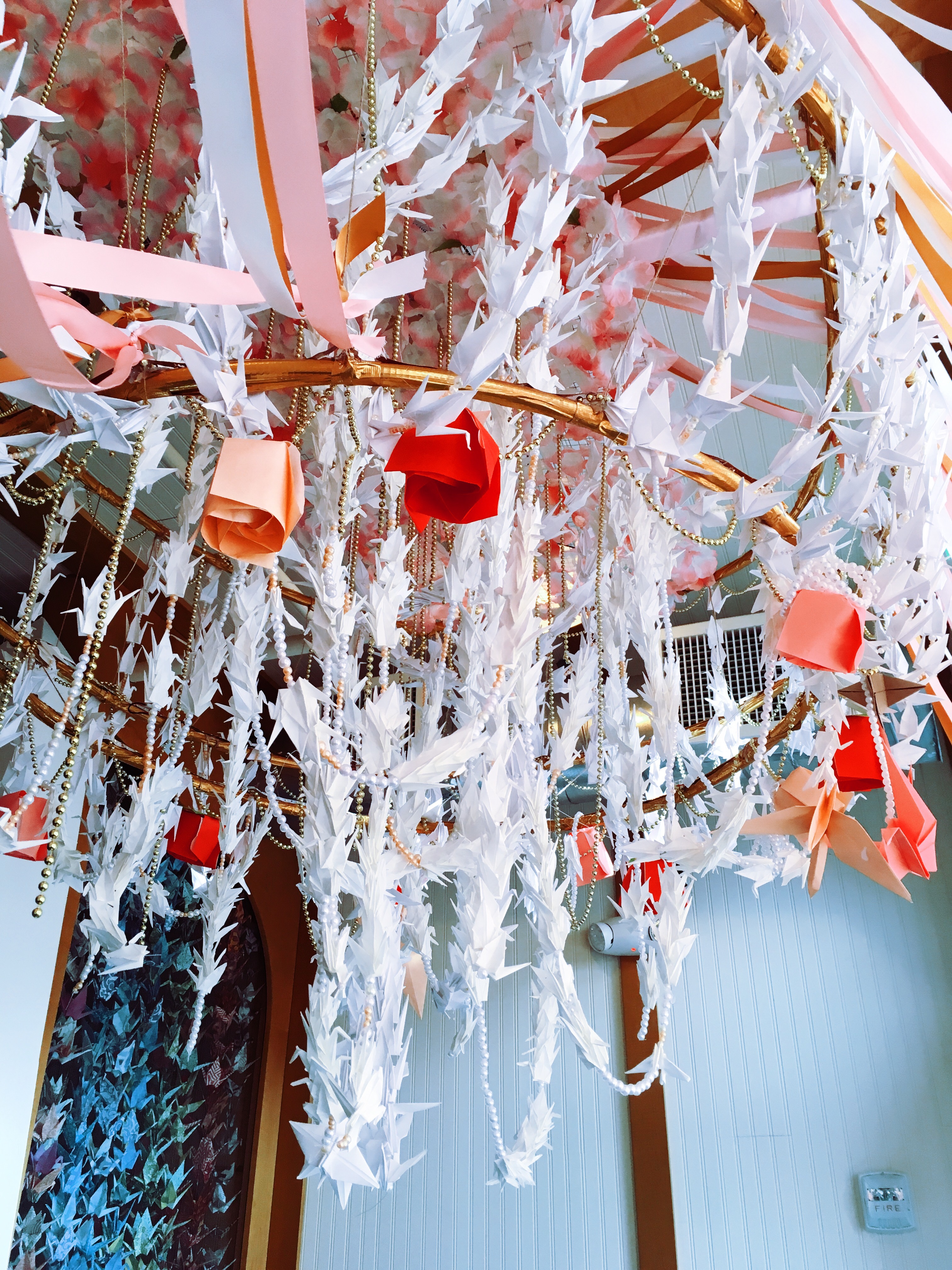 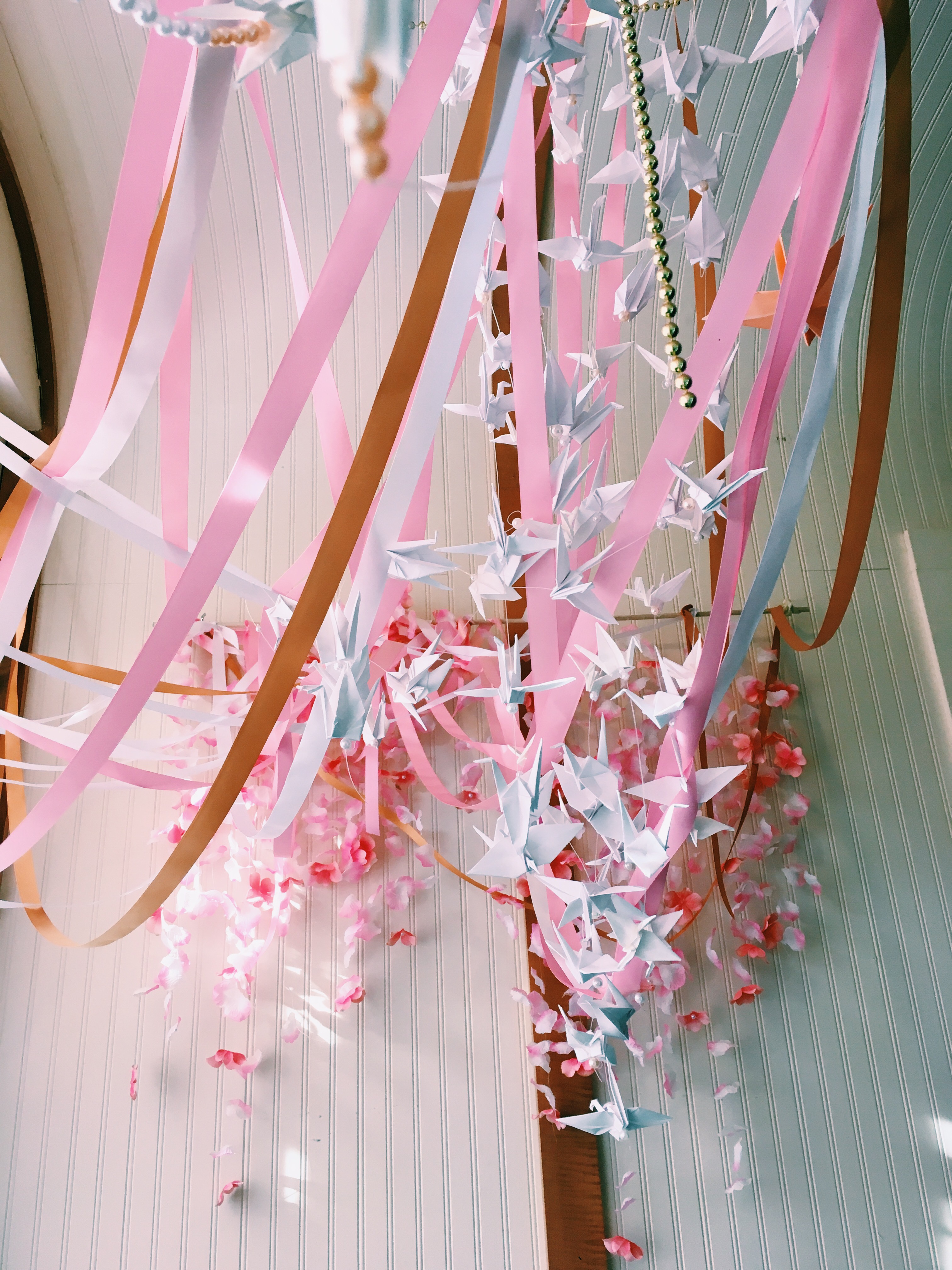 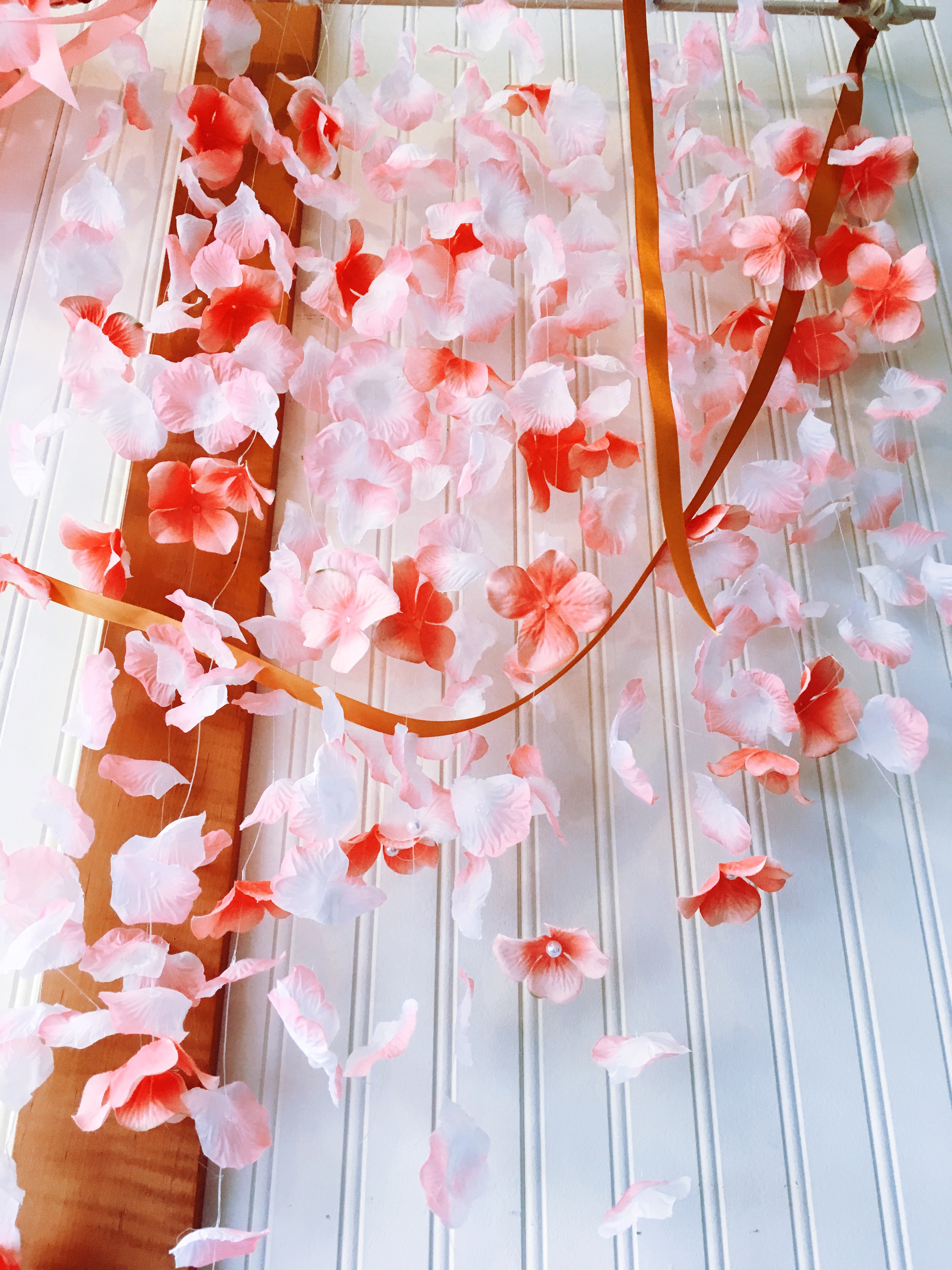 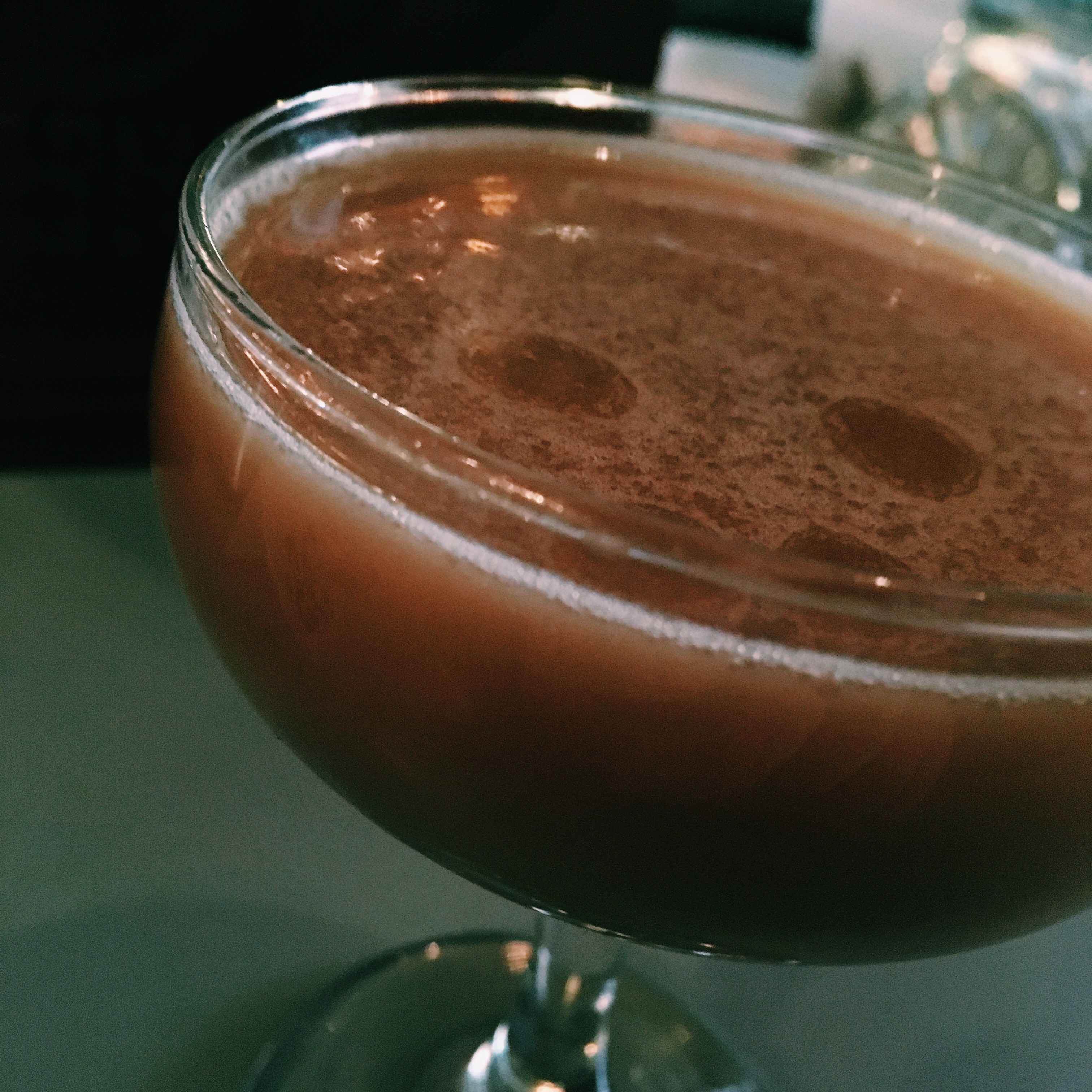 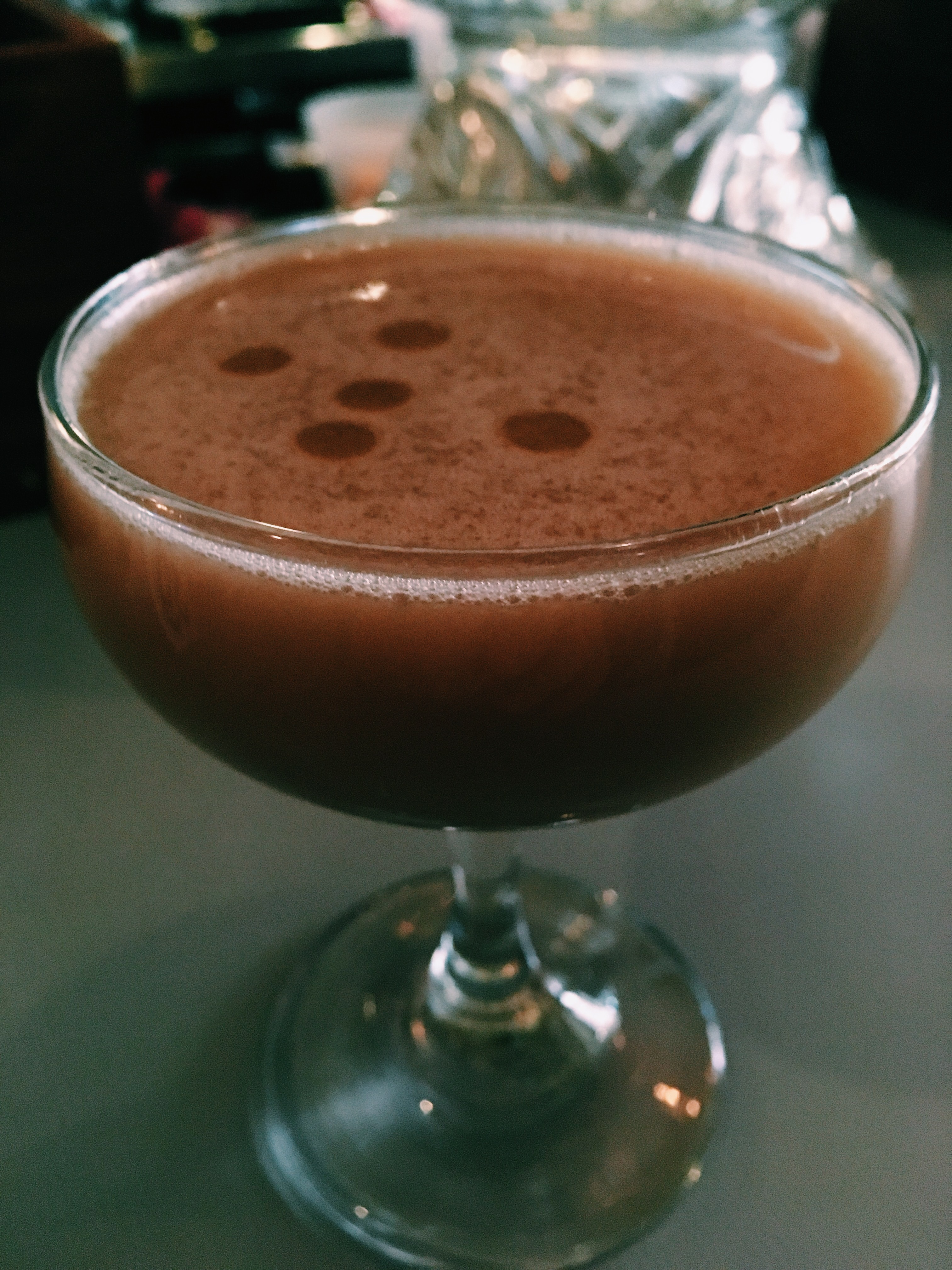 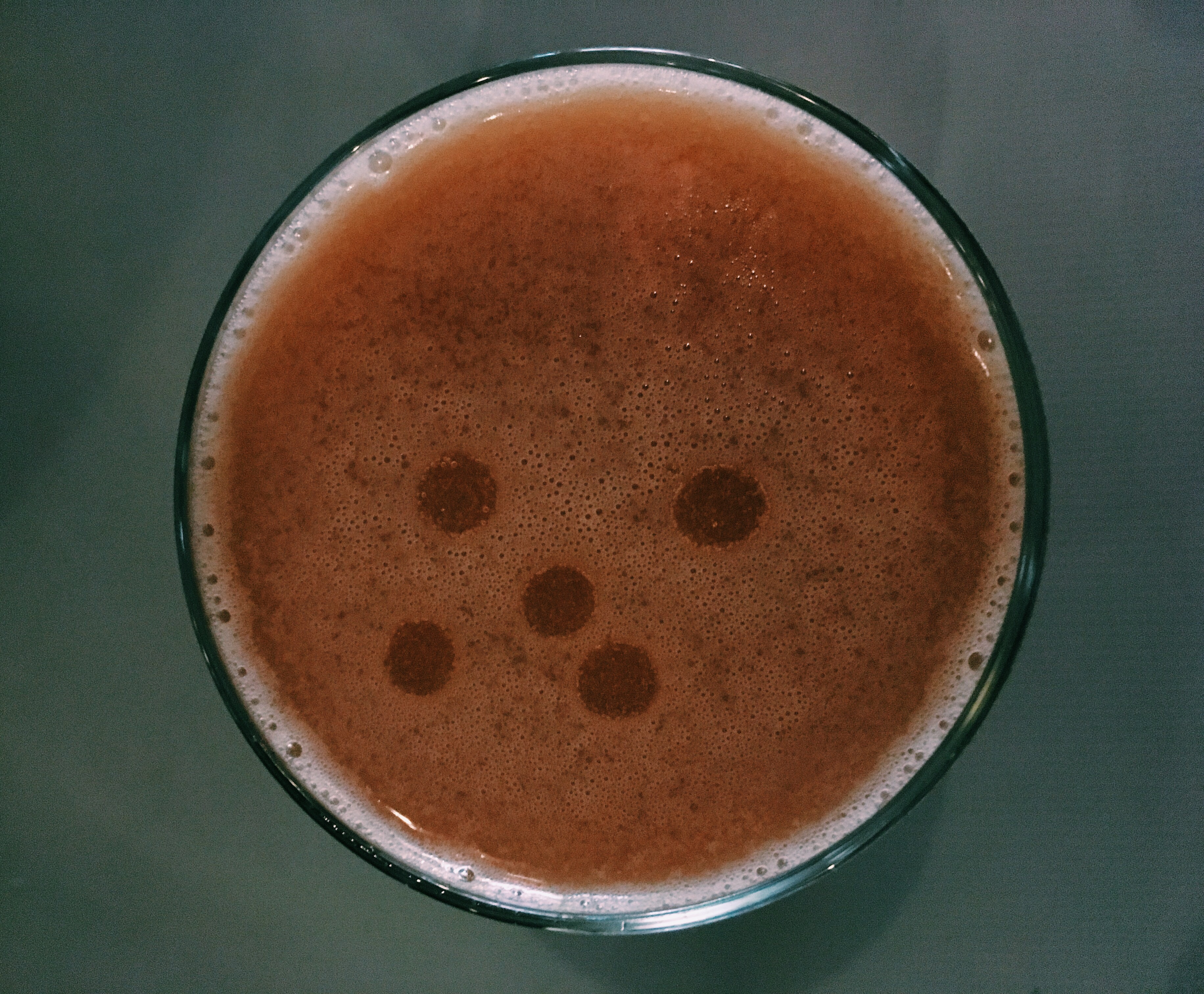