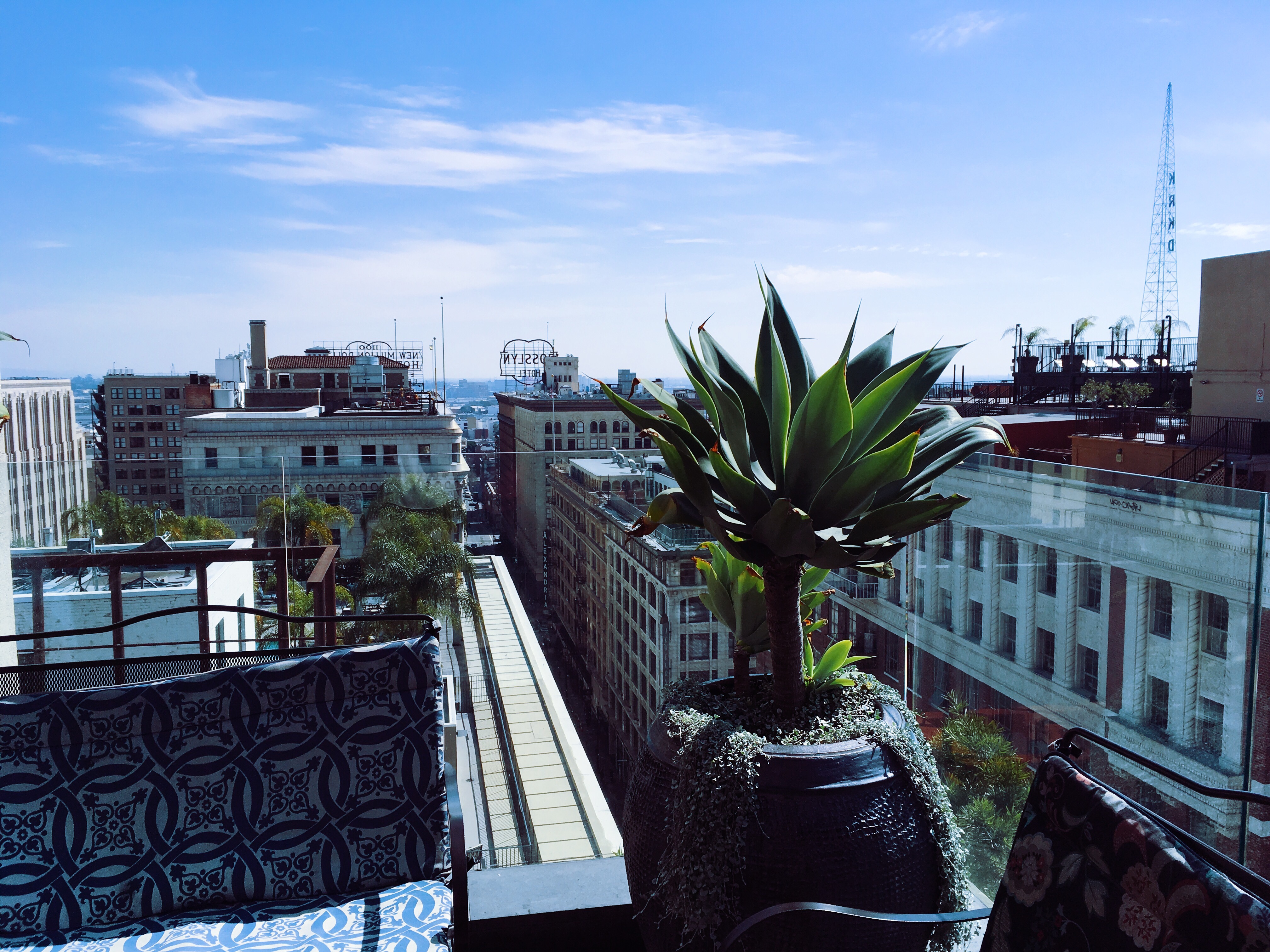 15 Mar Where to Drink: Perch in Downtown LA

While our trip to LA was mostly a time to grieve the loss of Steph’s grandmother, it also turned out to be a nice long weekend of connecting with her family–and also of saying hello to LA, by which we mean the actual LA proper. As we’ve mentioned before, Steph’s immediate family doesn’t actually live in LA, but about 60 miles east in a suburb that’s strikingly similar to Brian’s hometown in suburban Chicago, given how different they are geographically. Steph’s grandmother, however, lived in LA itself, and that’s where her funeral was held. The next day, charmed by our time on the Westside (and, let’s be honest, by La La Land as well), the two of us went back into town with Steph’s siblings, with a stop at Griffith Park Observatory (see, La La Land) before brunch downtown. We’d learned from TV that downtown LA was going through something of a revival, and we wanted to see it for ourselves.

After a little tour of the delicious-smelling Grand Central Market, we made our way to the lobby of a grand, old high rise, took an elevator as high as it would go, switched elevators, took that second elevator as high as it would go, and found ourselves at the aptly named Perch. The day was a bit chilly (wouldn’t you know it, it was actually warmer and sunnier in DC that weekend), but the large patio that represented about half of the restaurant was liberally sprinkled with heaters; so we chose outside. It’s the way to go, with stunning views of LA in two directions.

We sat down on our antique garden furniture and enjoyed the very tasty, multi-layered huevos rancheros. 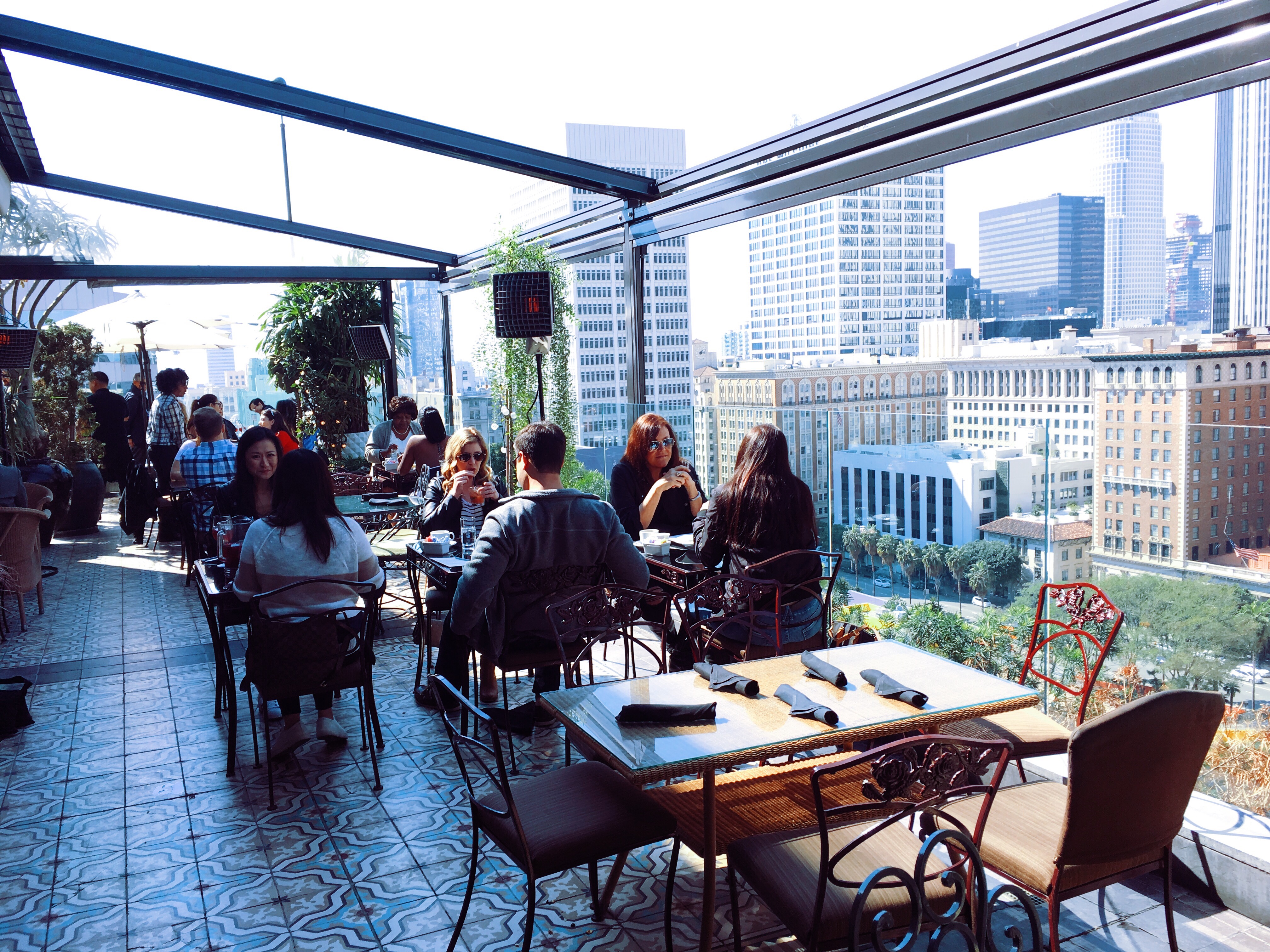 They offered only the most typical of brunch cocktails: Bloody Mary, Mimosa, Bellini. It’s hard to put your all into everything, and I suppose with such a phenomenal setting and good food, they just didn’t have that much extra attention to give to a more robust brunch bar. It was actually alright with us, since, in our long hunt for the best Bloody Mary in the world, we always order one of them at every brunch anyway. We simply skipped the second cocktail and split the Bloody Mary.

And while the menu might have been a bit stodgy, the Bloody Mary was quite solid. In particular, they had just the right amount of fresh horseradish to give it the hot, sharp flavor we’re looking for. That was probably accentuated by the fact that we went Maria, asking for a tequila base instead of the usual spiciness. It made us wonder why we don’t do that more often, maybe even always. Tequila’s zing is a welcome addition to the salty, spicy, sour mix.

Definitely make reservations ahead. We saw many sad and exhausted faces on people who rode to the top of two elevators only to find out that the wait for walk-ins was two hours, in other words longer than the brunch period would last. 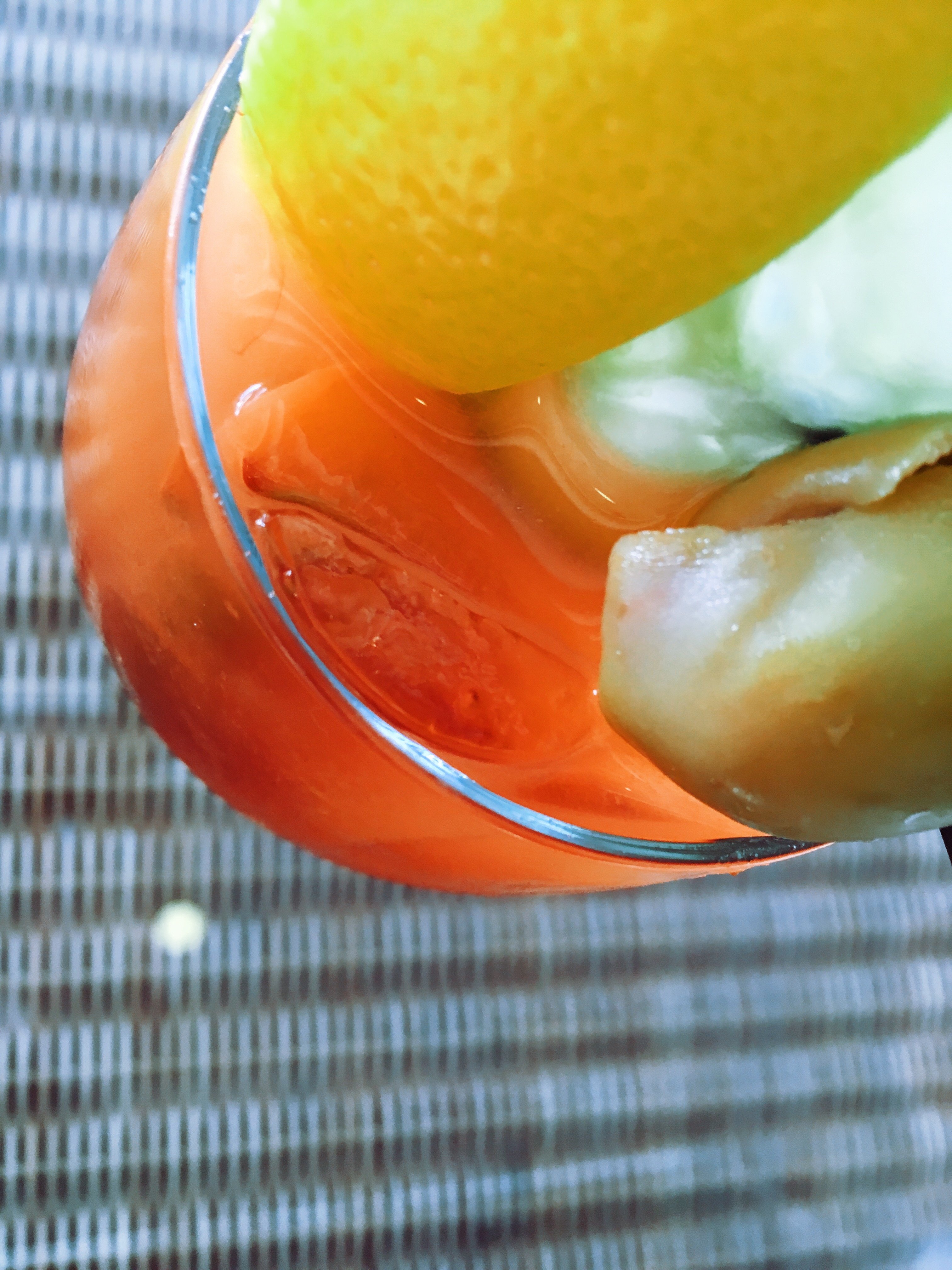 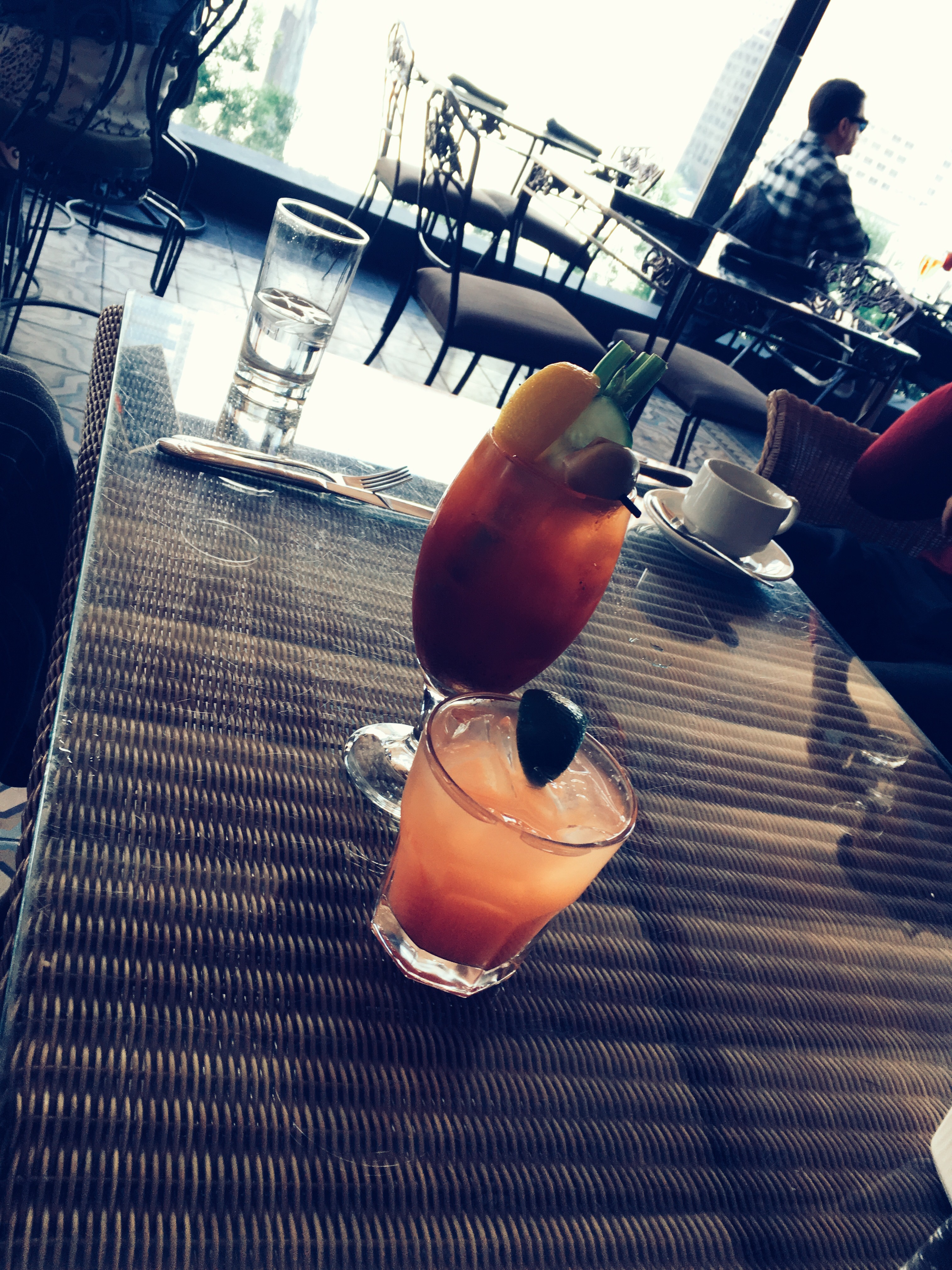 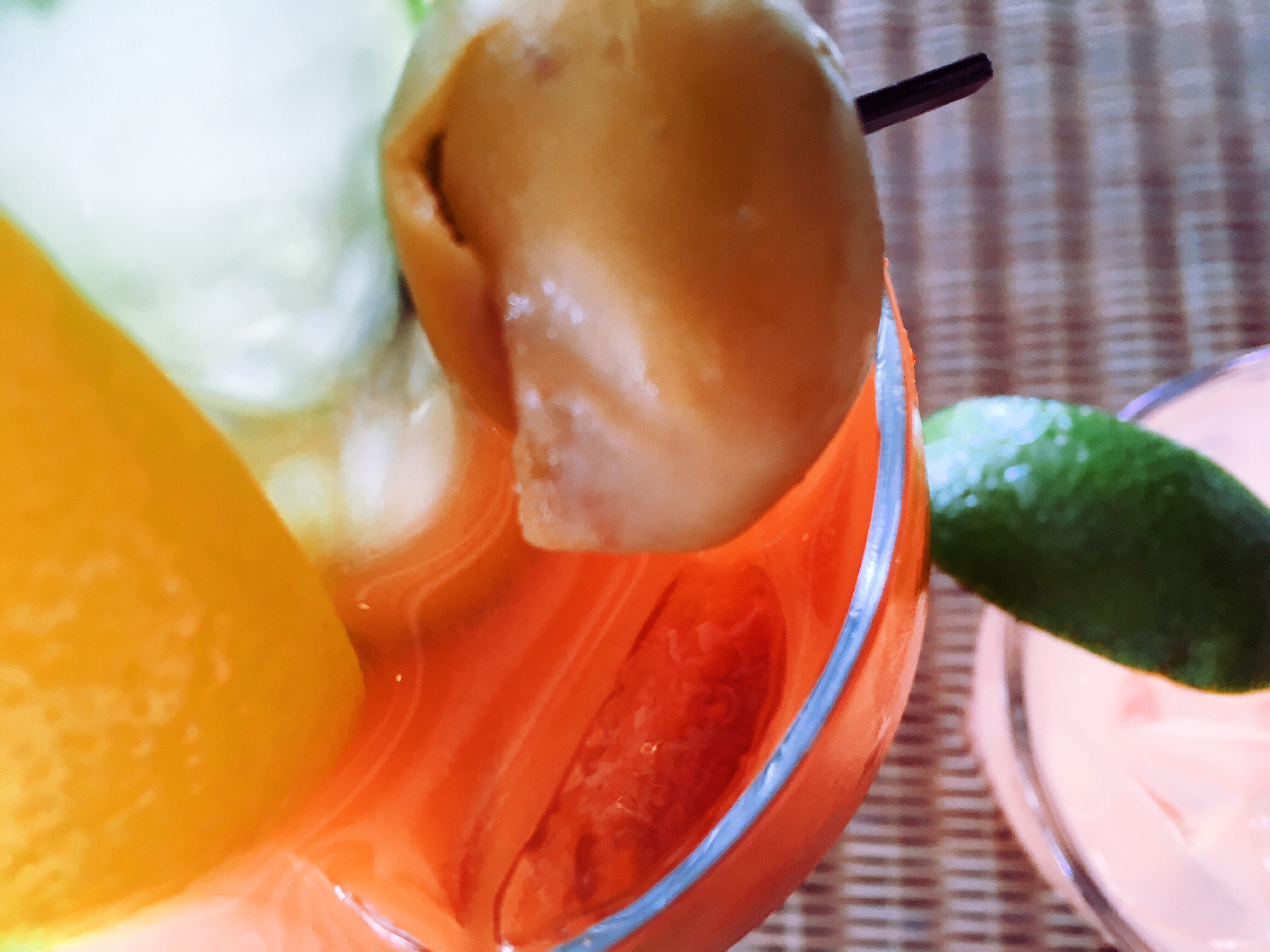 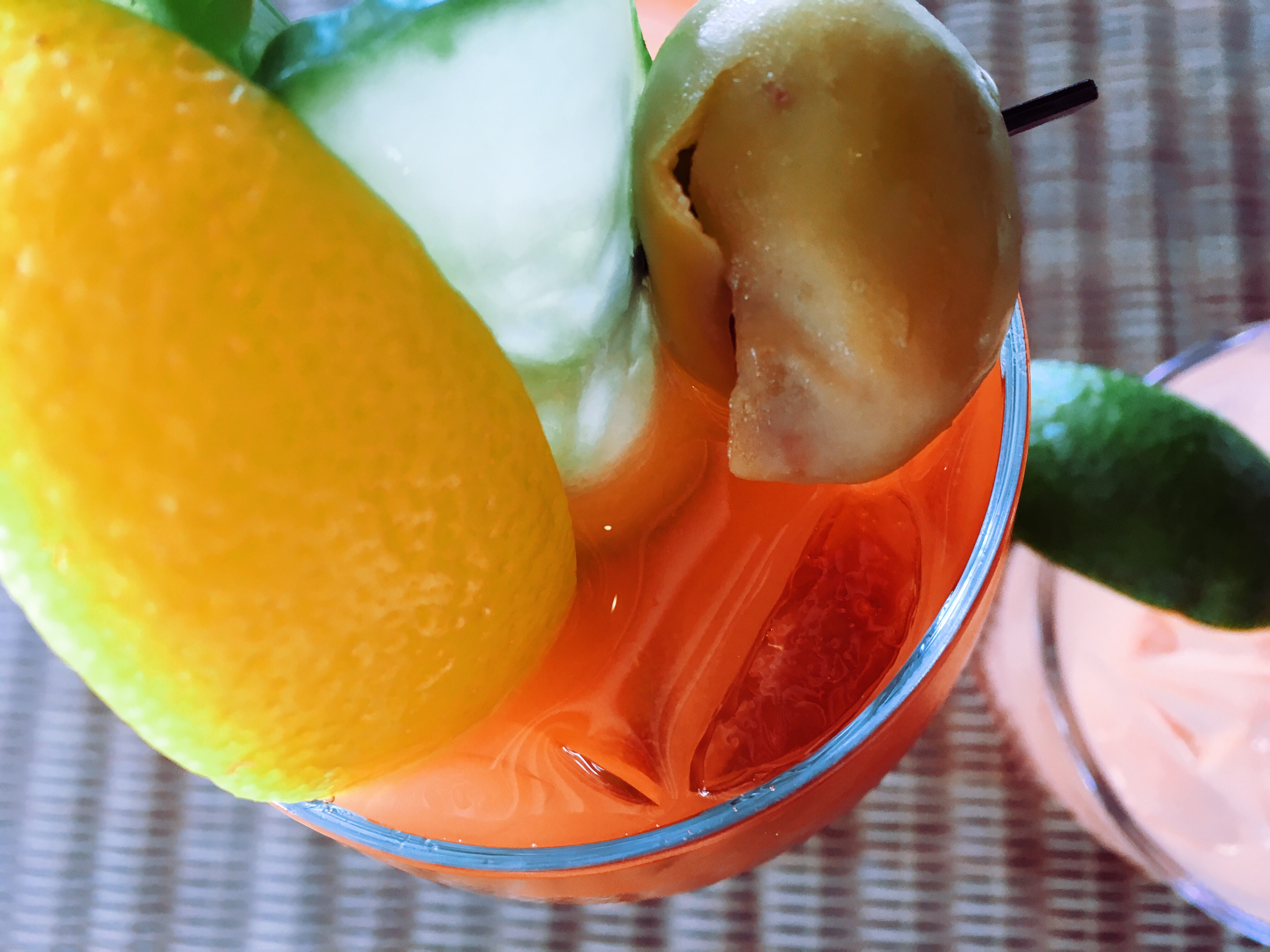 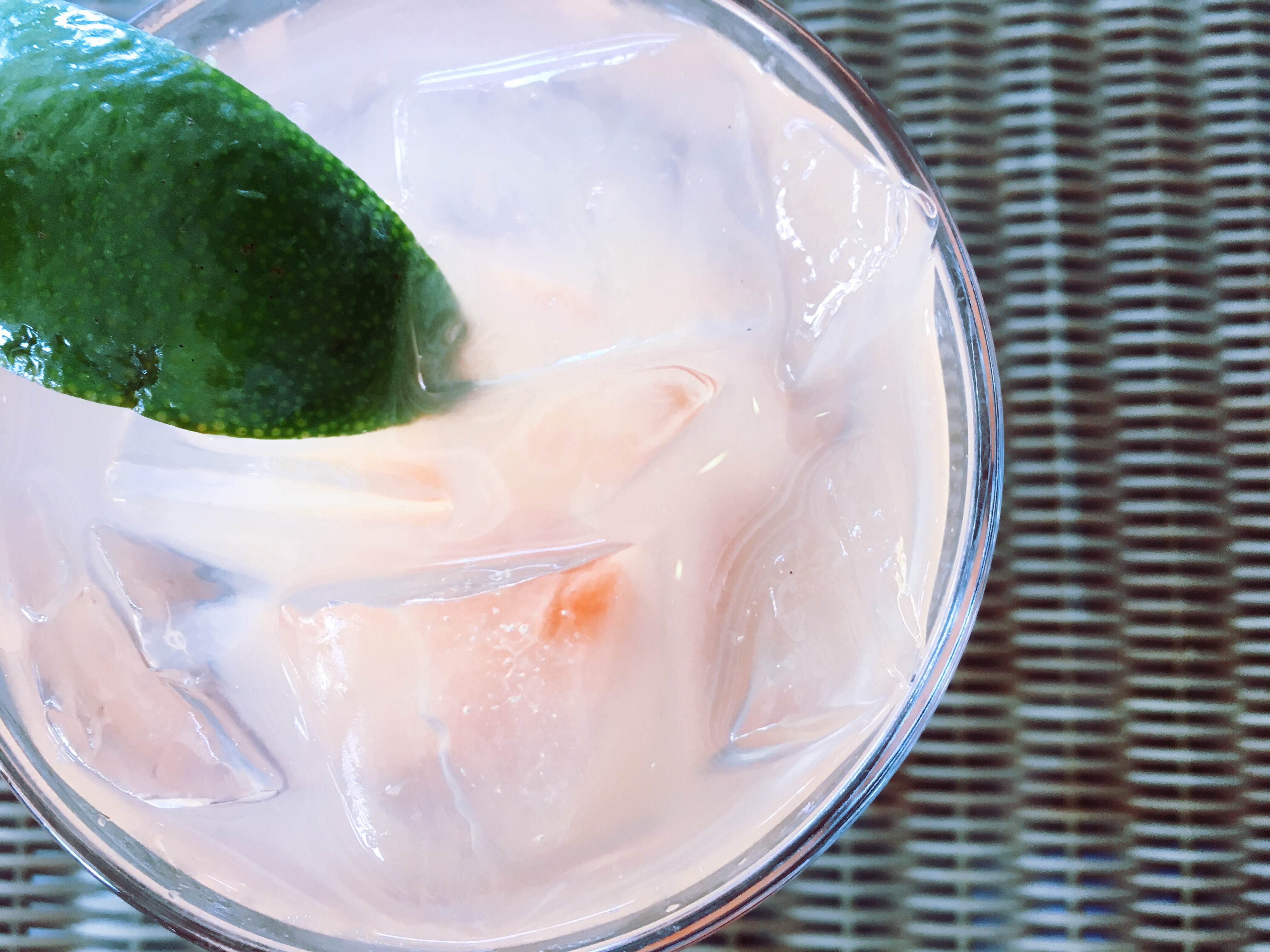 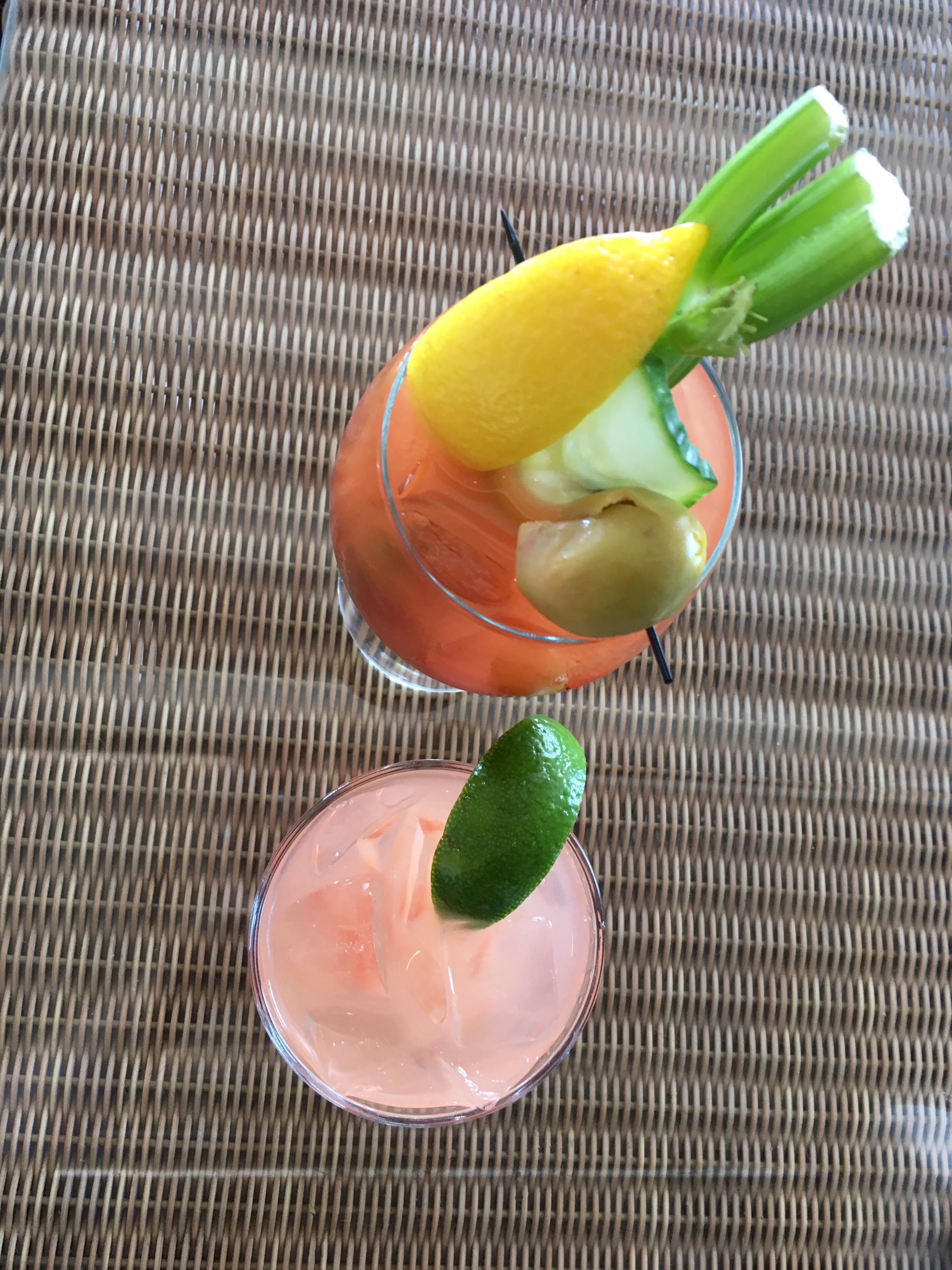 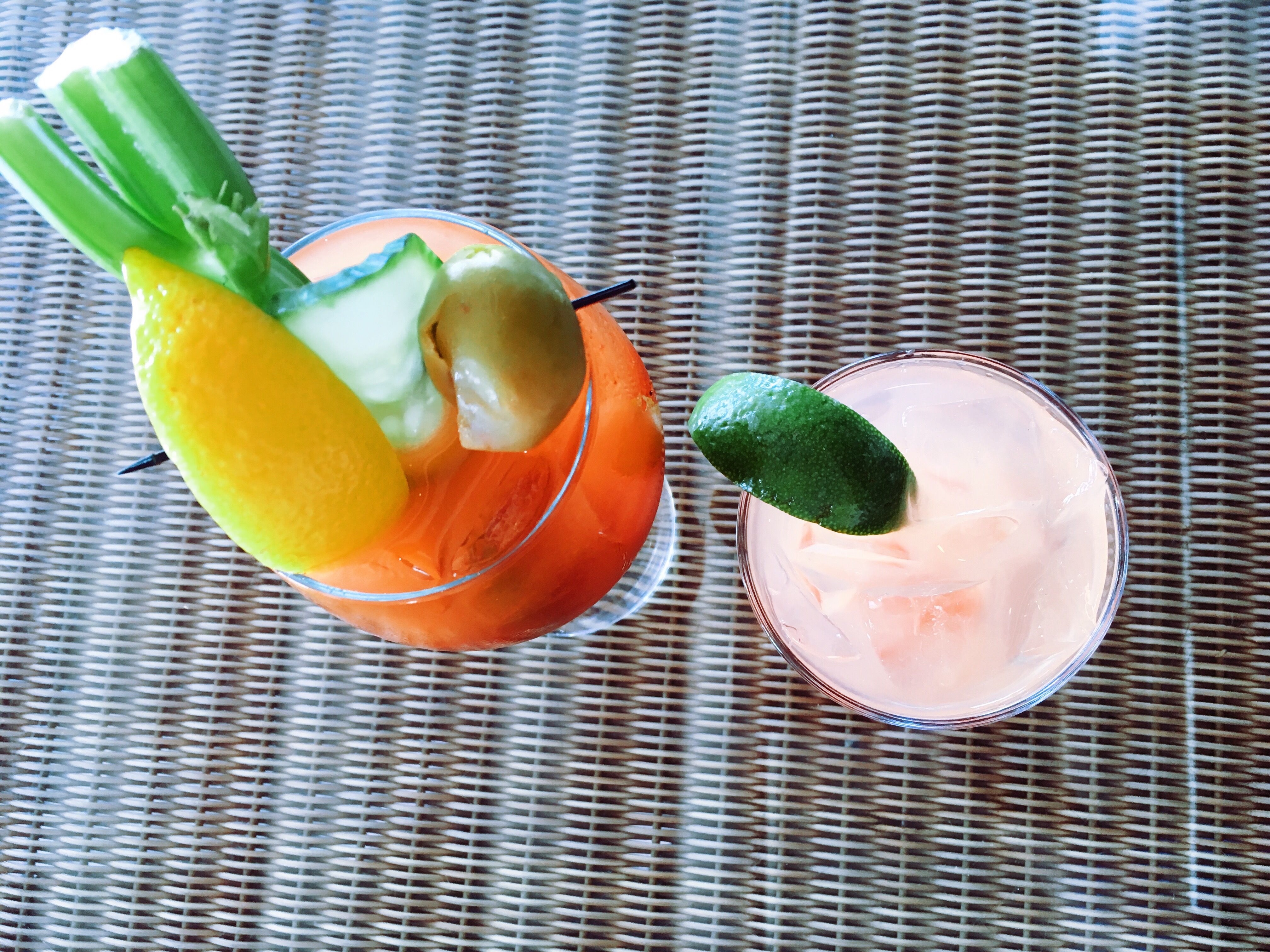 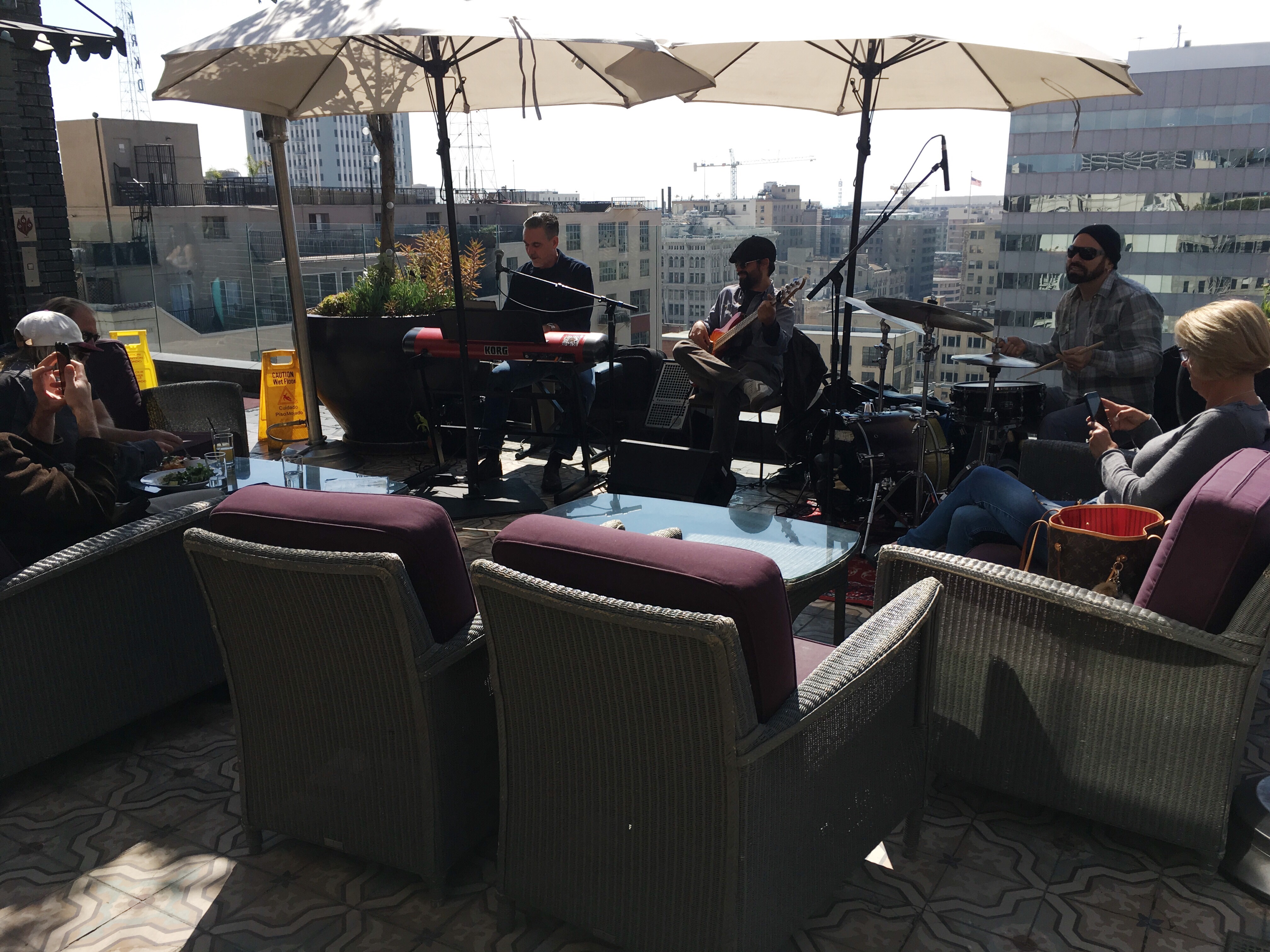 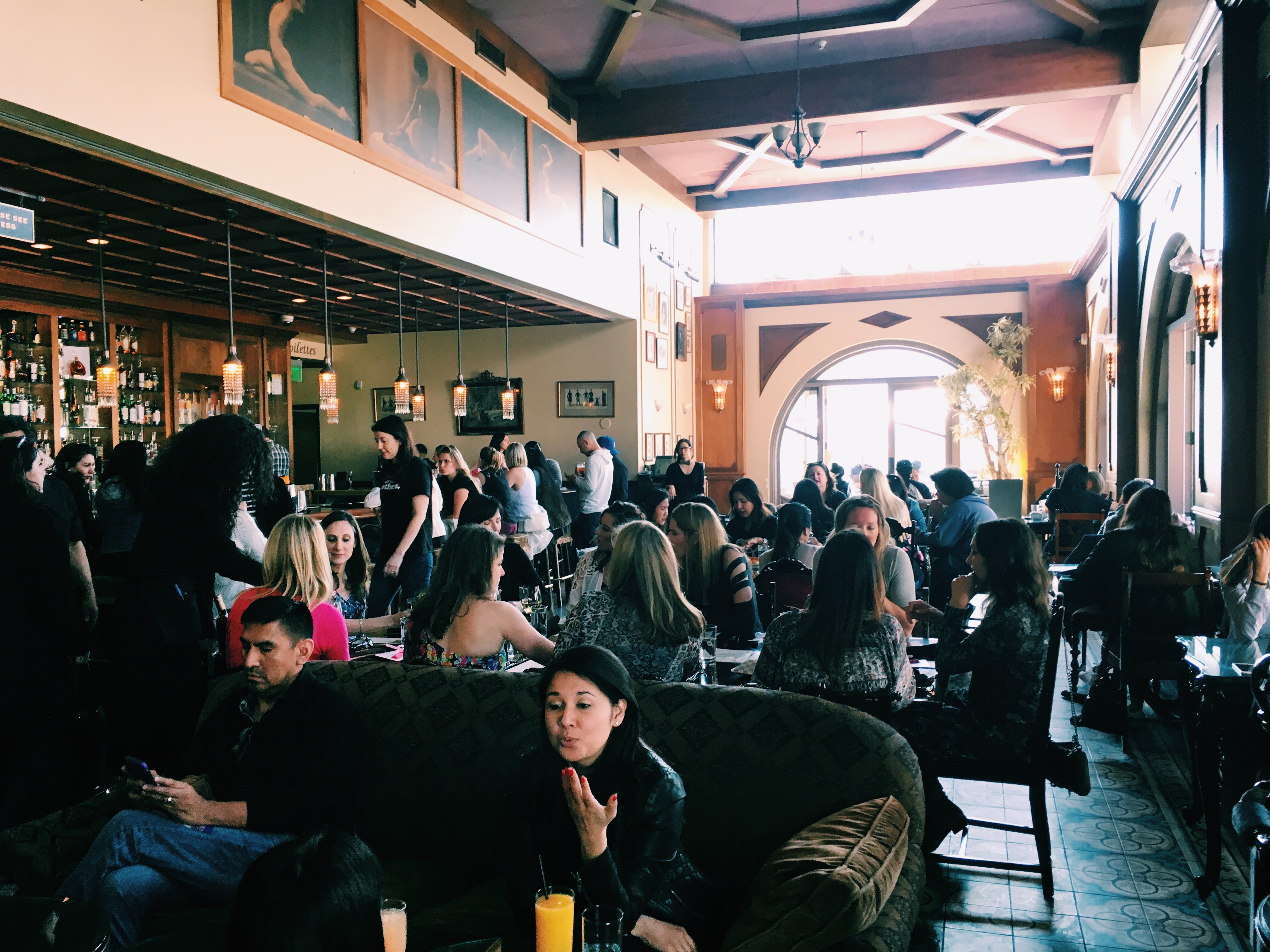