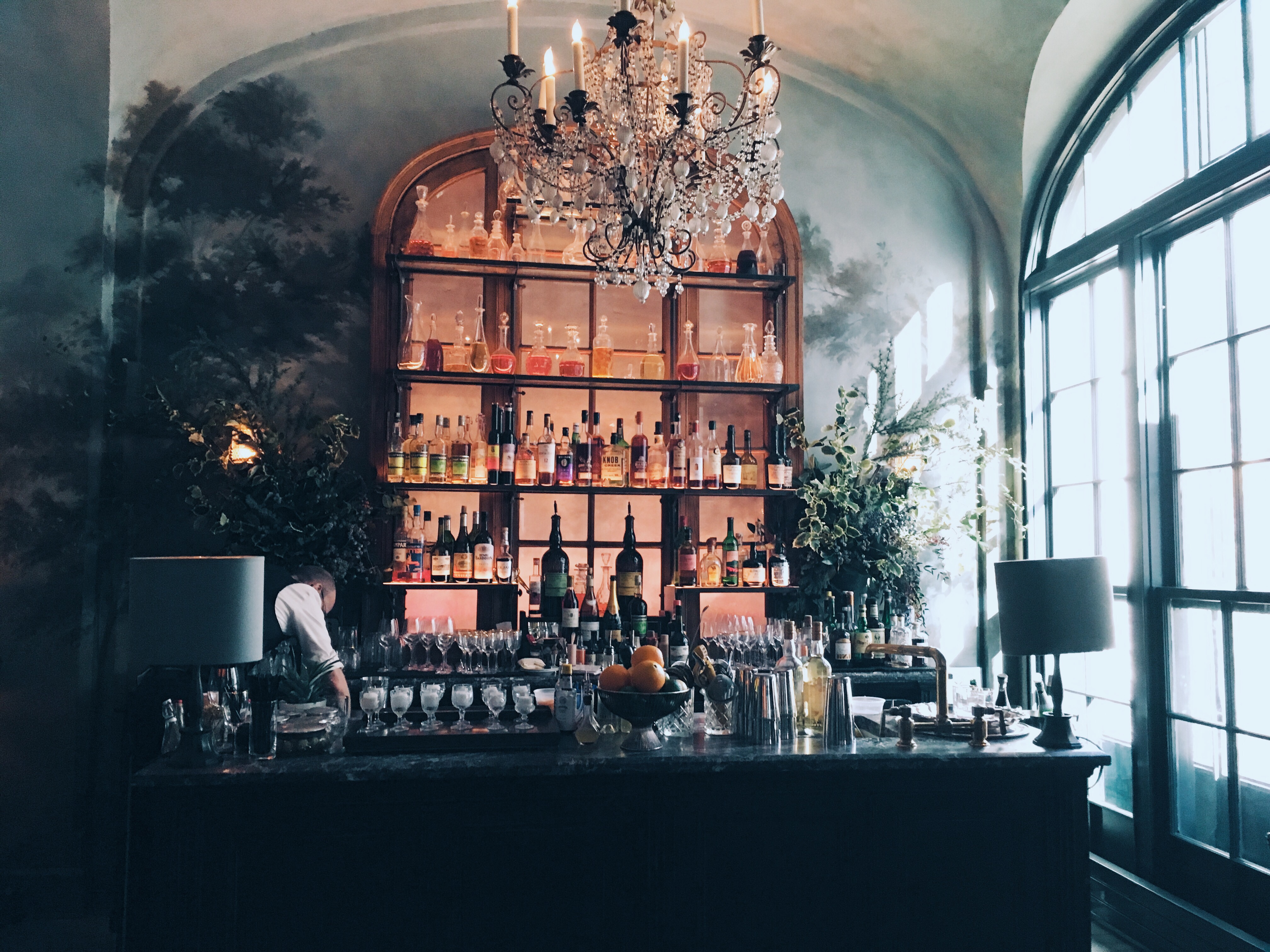 We heard that Le Coucou has been all the rage, which meant that we definitely wanted to go but were only able to snag lunch reservations. Let’s just start by saying we were not disappointed–well maybe a little initially, as I was convinced we had made brunch reservations. As they say, the devil is in the details. Luckily this place was so good that any feelings of lacking brunch options quickly passed. After our magical trip to France (that we told you about here, here, here, and here), we’re partial to anything remotely french.

A block from the hustle of Canal Street in Soho, Le Coucou immediately welcomes you into the decadent as you pass through door after door into a beautiful foyer with a bar that looks like it was built entirely to welcome you. The restaurant was probably bigger than and had higher ceilings than all the others we visited combined. Despite the cavernous space, they make you feel comfortable. We were ushered to a cozy table in the back and treated like eating gods.

Le Coucou is American-born chef Daniel Rose’s first US establishment, but he opened multiple restaurants in France first. We’re equally grateful that he spent so much time in France, and that he decided to return home to his roots. 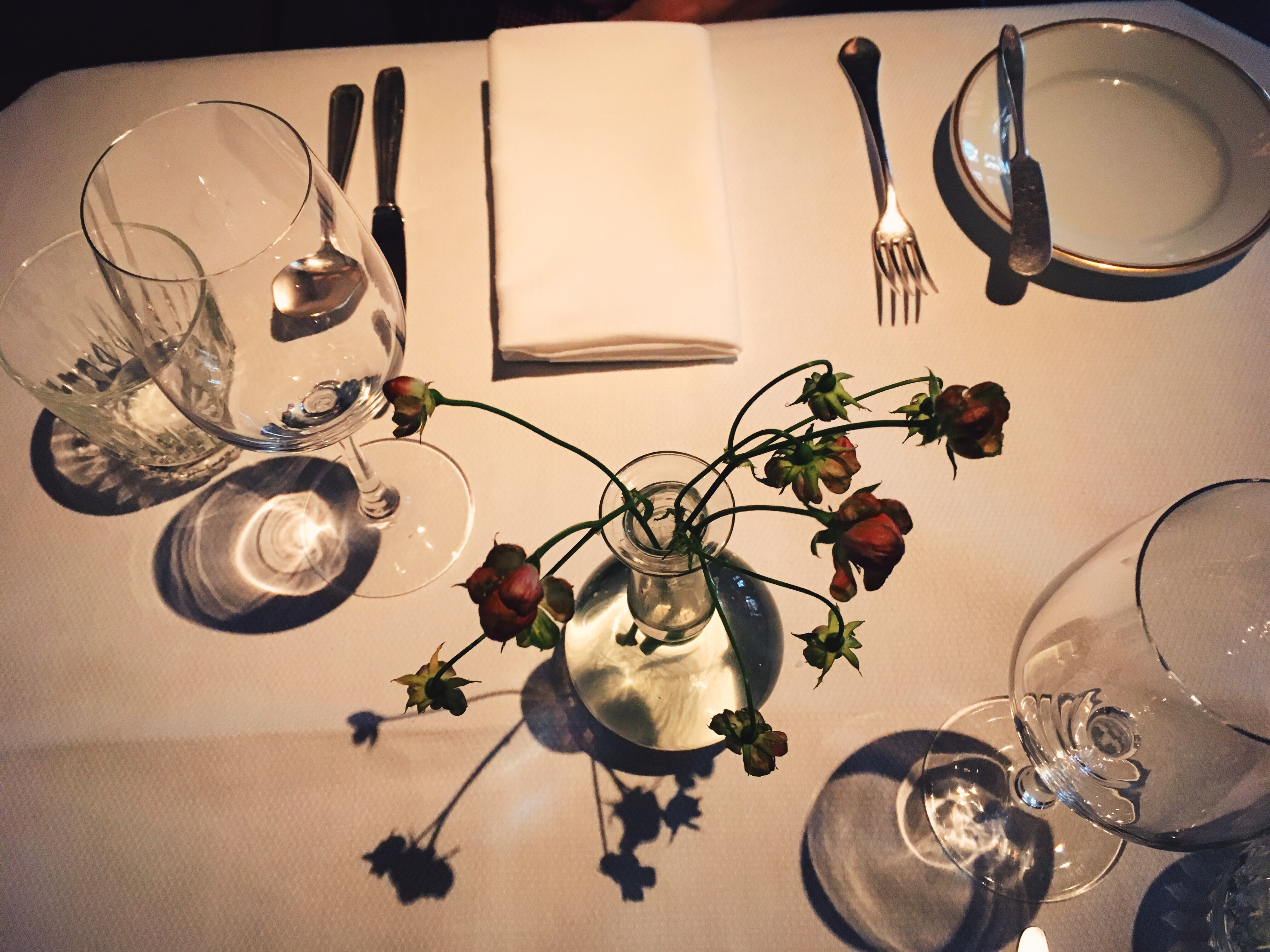 Pommeau is apple brandy that is proofed down (diluted for bottling) with apple juice instead of the usual water, to make for an especially intense apple flavor, we would guess–we’ve never had any straight, or at all except in this drink. That being the case, we were surprised that the grape notes of the Cognac shined through as strongly as they did in Variations on a Theme. We were surprised, but not disappointed, loving the warmth of the Cognac and the amoro, and the way their sweetness and spiciness played off of one another.

Matin Sur La Seine is a practically perfect brunch drink. We’re big fans of using fortified wines as drink bases, particularly for brunch. Matin Sur La Seine is the best example of the species we’ve run across in a while. We don’t often see pear and lemon together, but the combination worked well, giving the overall delicately herbal drink  spicy, fruity, and sour notes in a nice balance. Just a small float of tonic gave the drink a touch of effervescence and mineral tang, and an unadvertised dash of Peychaud’s bitters on the top gave the drink just a hint of bitterness–and also gave it a beautiful and dramatic look. 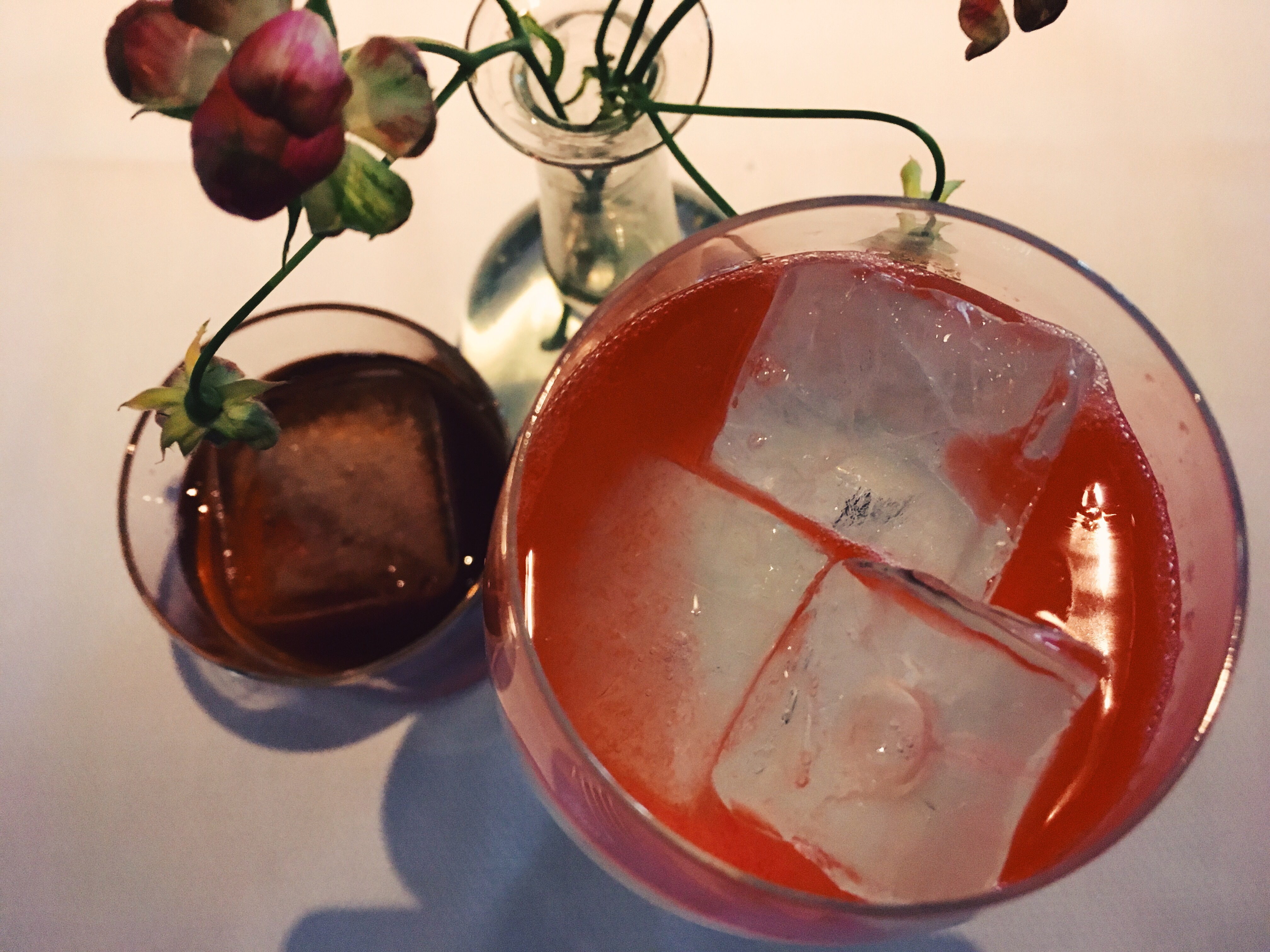 They do offer breakfast and brunch, but if you’re planning on eating those, like we initially were, you should double check the times. This is mostly a tip to myself.

If you can’t get reservations, just grab a drink at the bar. It’s gorgeous and tucked away. 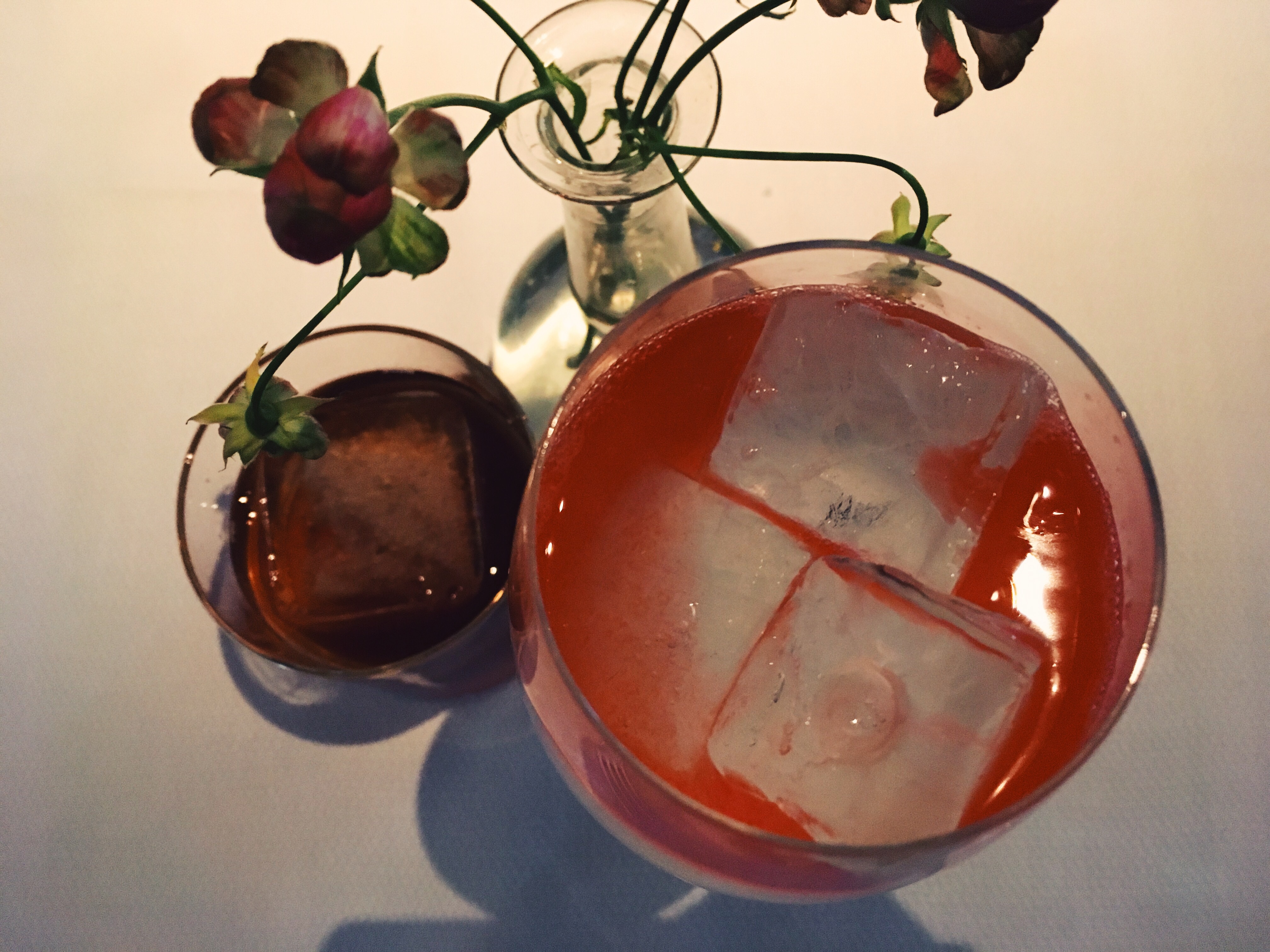 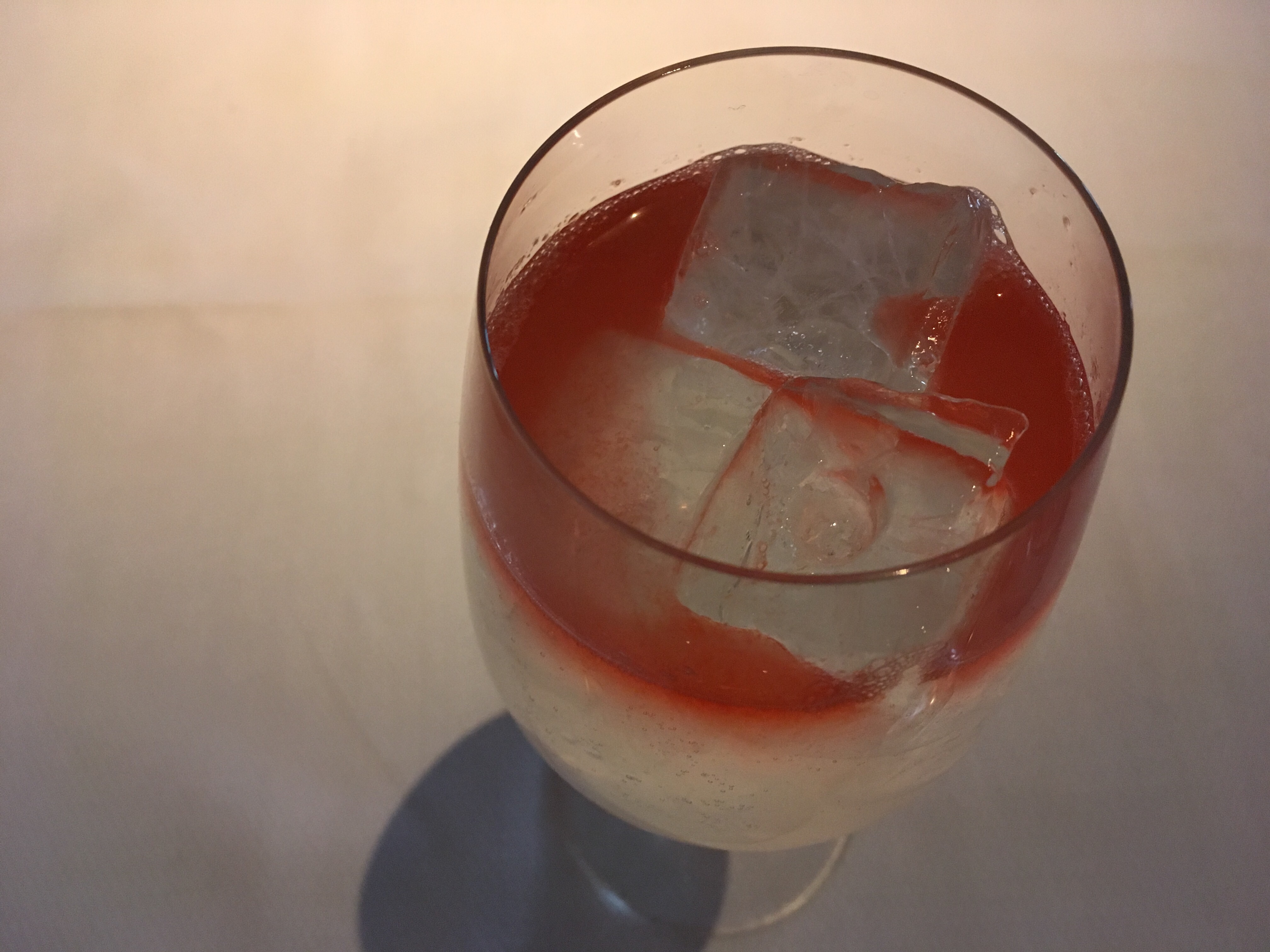 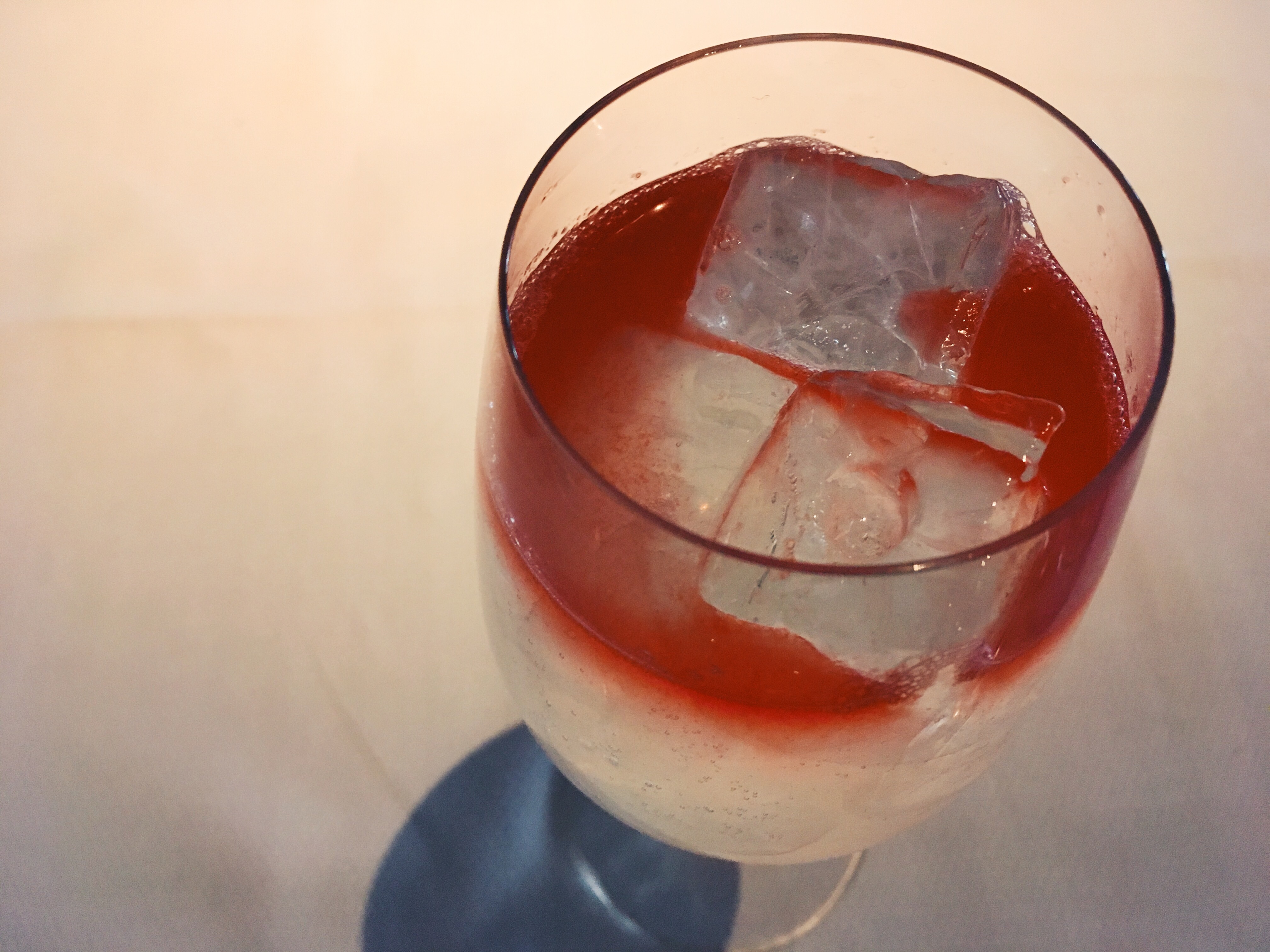 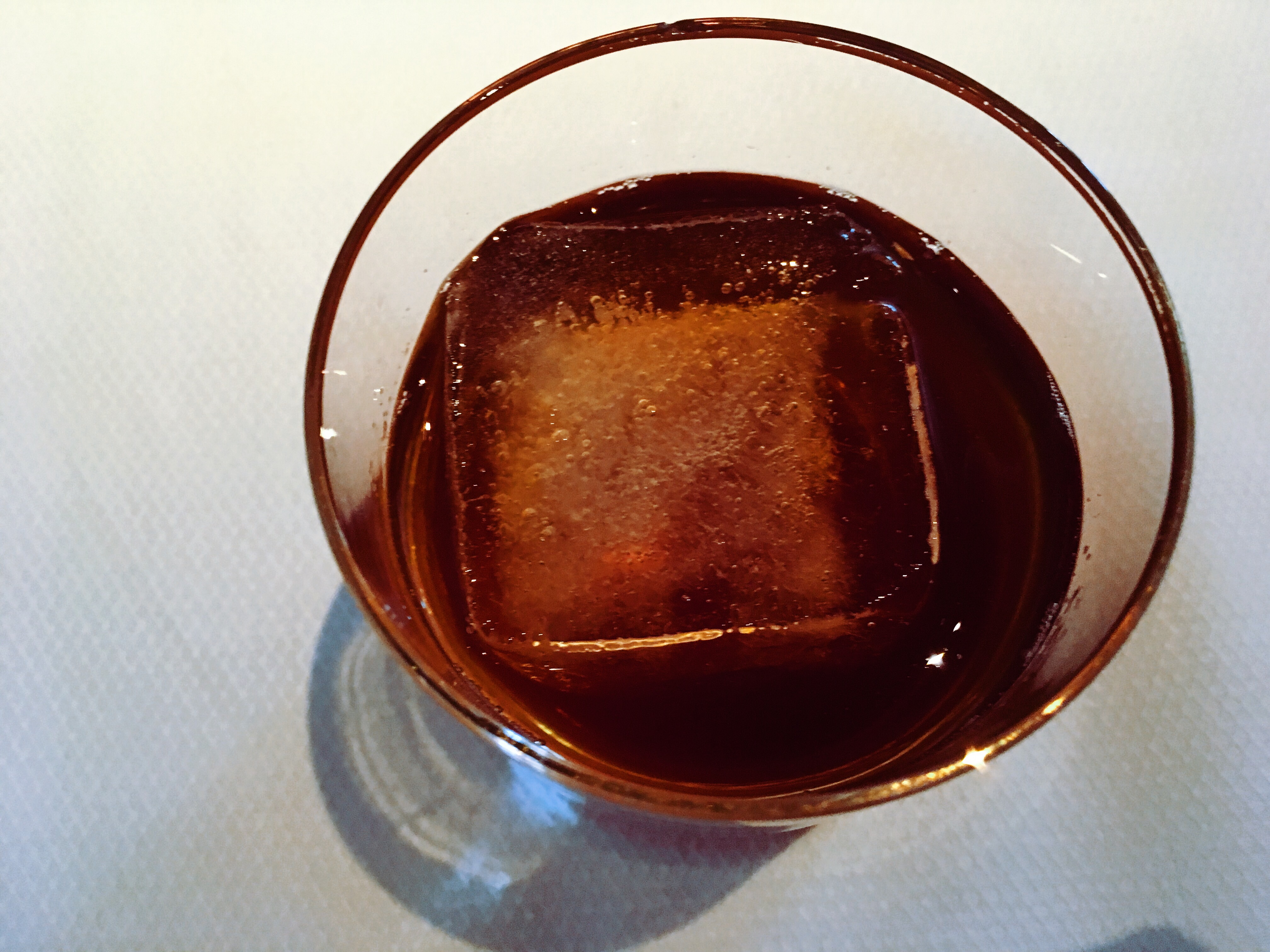 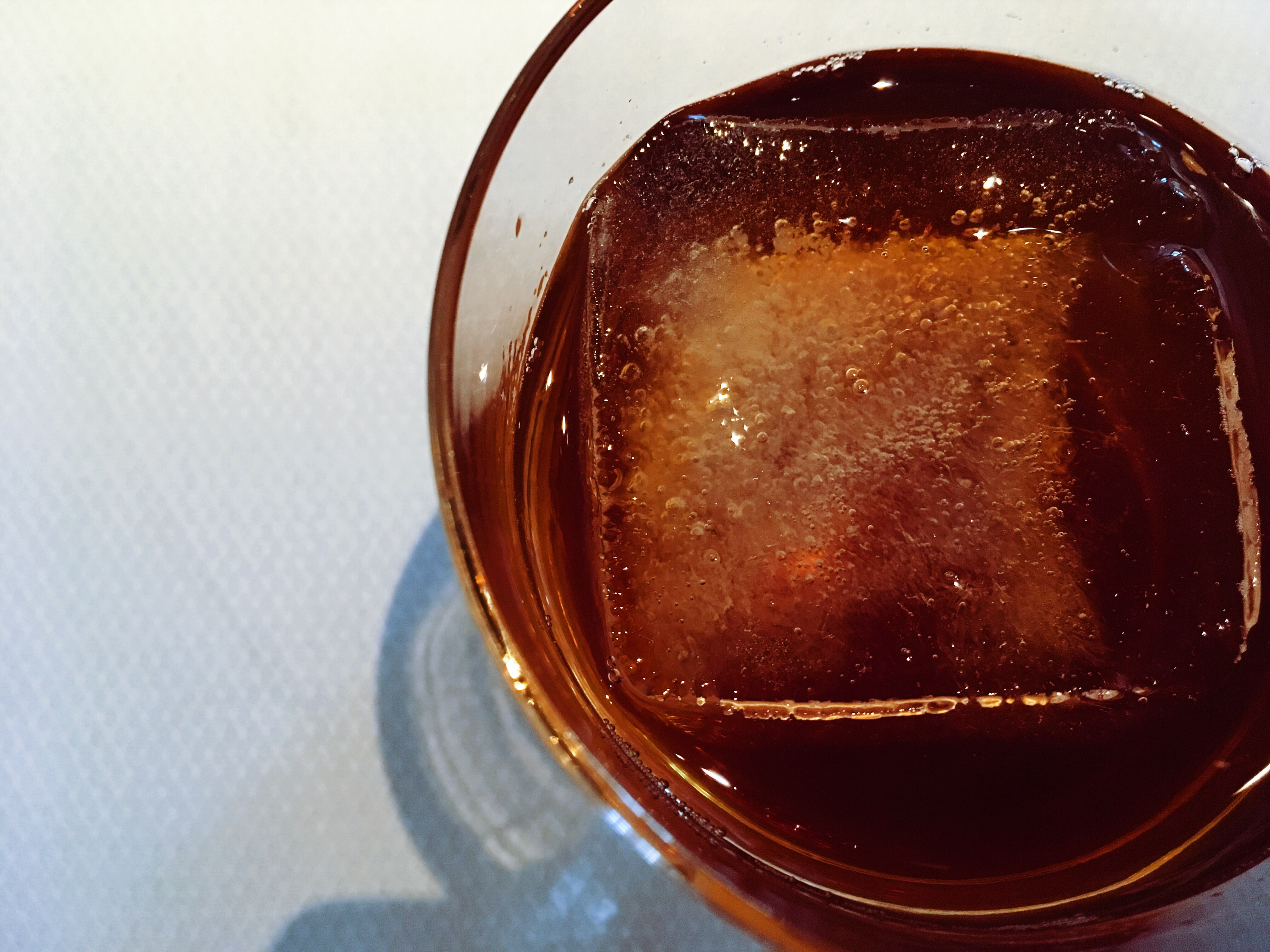 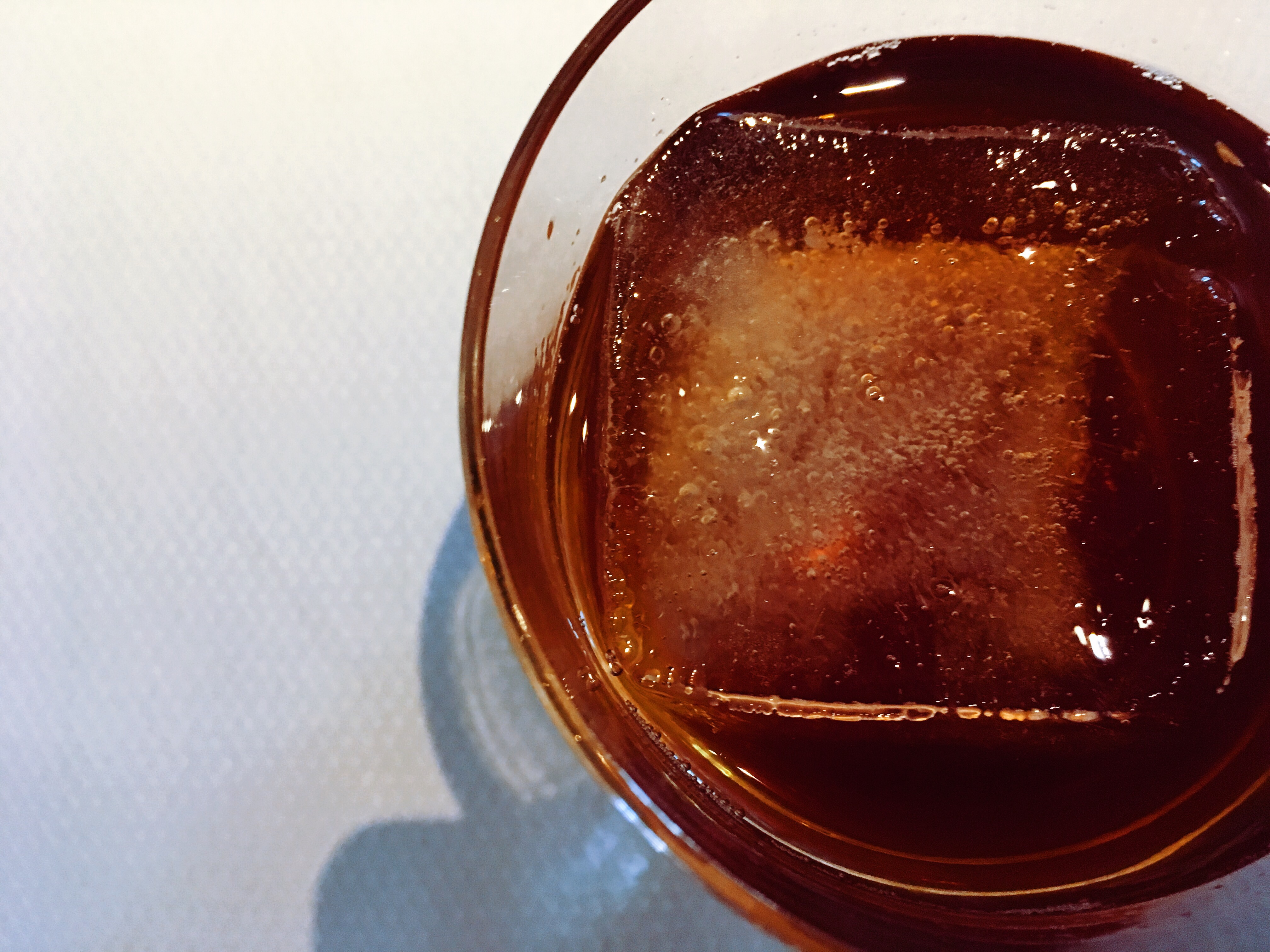 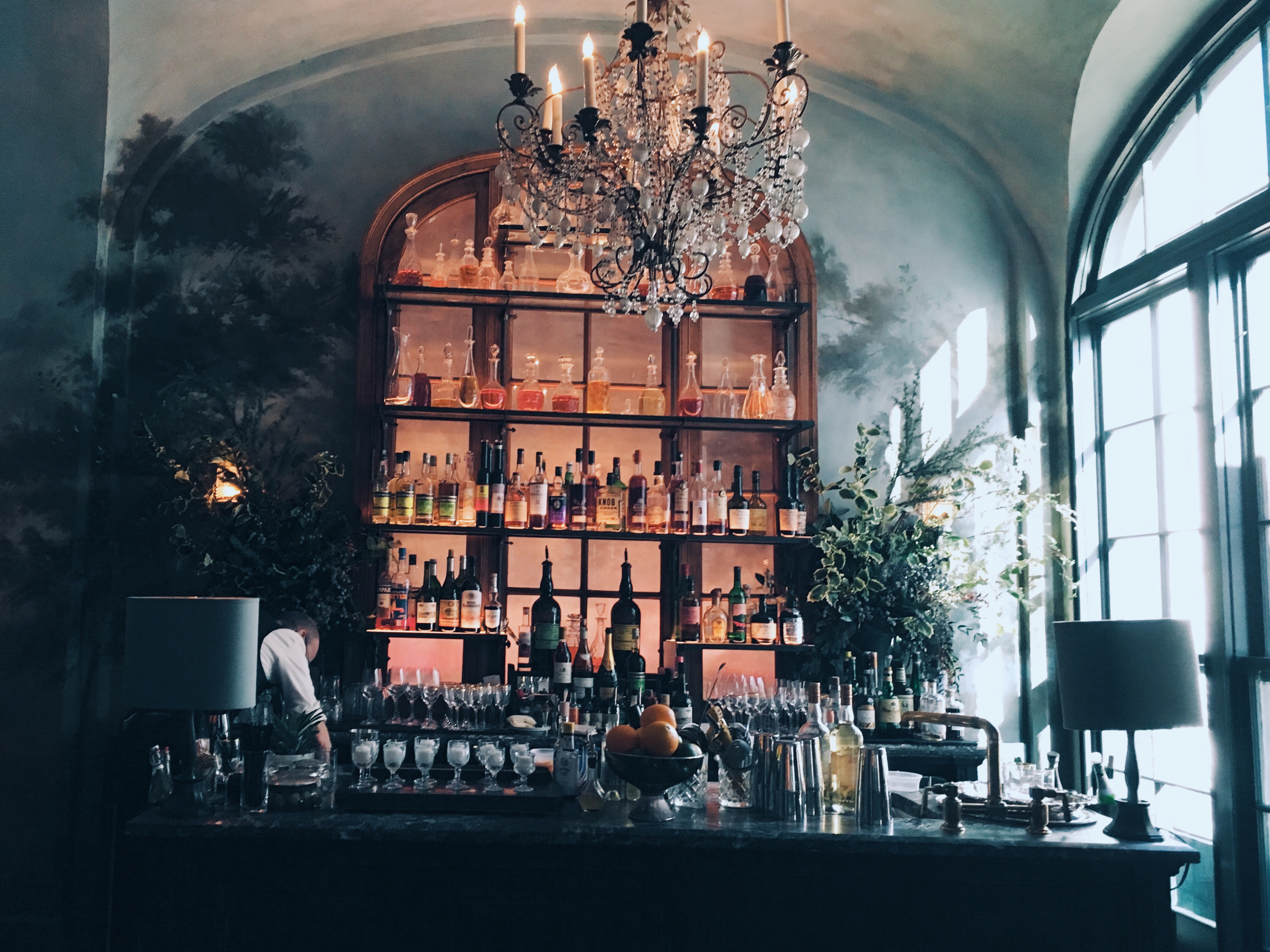 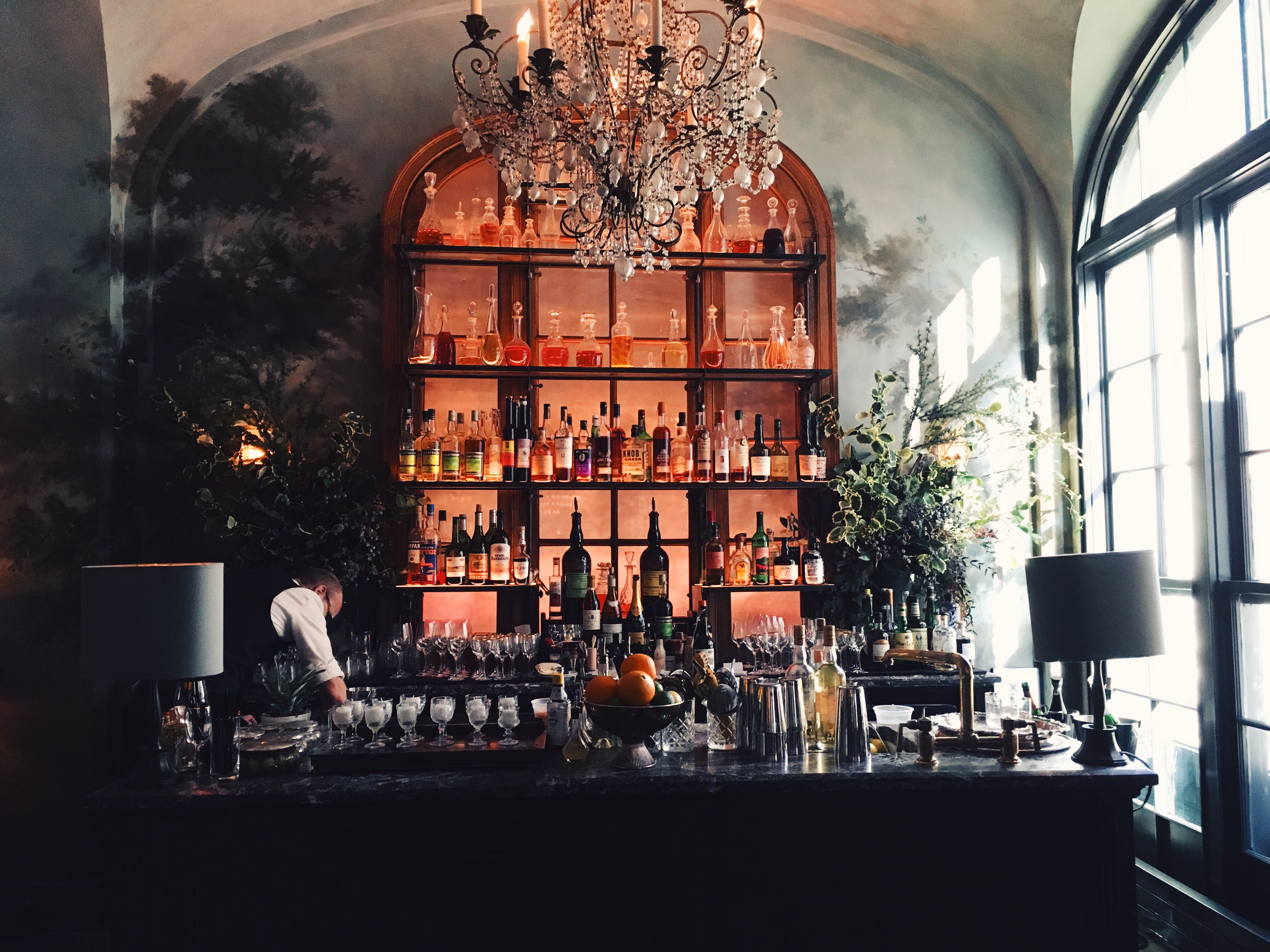