I can’t remember exactly how it came about, but over our drinks at Waypoint–not any of which were either a punch or grog–the group of us ended up pondering what exactly grog is, and how it differs from a punch. None of us had a very clear idea, and not just because we were a couple of rounds in. It seemed worth some further investigation.

In brief, what I discovered is that grog is a sort of quick and dirty rum punch that used to be part of the daily rations of British and American sailors.

The story goes back to the early days when Europeans first gained the technology to sail the world. As we mentioned in our introduction to punch, these European sailors would carry beer and wine with them on ship. This was just as much for practical reasons as it was for pleasure; on long voyages, unpurified fresh water tended to spoil. Beer and wine preserved better, though with them too eventually the taste would sour or skunk. So, distilled spirits were quite the breakthrough in naval logistics. The higher alcohol content meant that spirits both took less space in the hold and kept better; marvelously, the taste actually improved with some time in the barrels. Starting in the 1650s, easily obtainable local spirits started to be dispensed as part of the British navy’s daily rations. In the Caribbean, that local spirit was, of course, rum.

There were some downsides to serving 5 shots of rum, neat, to every single sailor every single day. Finally, in 1740, Admiral Edward Vernon decided to do something about it. Decreasing the quantity consumed was apparently unimaginable, but he decided to at least space it out and water it down:

To Captains of the Squadron!  Whereas the Pernicious Custom of the Seamen drinking their Allowance of Rum in Drams and often at once, is attended by many fatal Effects to their Morals as well as their Health, the daily allowance of half a pint a man is to be mixed with a quart of water, to be mixed in one Scuttled Butt kept for that purpose, and to be done upon Deck, and in the presence of the Lieutenant of the Watch, who is to see that the men are not defrauded of their allowance of Rum; it is to be served in two servings, on in the morning and the other in the afternoon.  (We found this on the Museum of the Royal New Zealand Navy’s website; they got it from Cecil Hampshire’s Just an Old Navy Custom)

Changing gears from stern commander to friendly mixologist, the admiral suggests that a little lime and sugar would really make the drink sing. With some changes, this daily ration of watered down rum continued to be served in the US navy until 1862, and in the British navy until 1970.

This watered down rum ration was named after its creator, Admiral Vernon, whose nickname was ‘Old Grog’ because of his distinctive grogram raincoat.

Grog is often associated with pirates, but it was actually always a product of the official navy. On the other side of the cannon, they had their own favored rum drink, bombo, a mix of rum, water, sugar, and nutmeg. So, both the pirates and the navy got 80% of the way to a punch’s recipe of spirit, water, sugar, citrus, and spice; both of the nautical types seem to have mixed their drink with quite a bit less ceremony and care than a true and proper punch called for.

The confusion about what makes something grog is exacerbated by the fact that in Sweden grog is the word for a highball, and even further exacerbated by the existence of the similar-sounding Scandinavian cold-weather drink glogg, a type of mulled wine. And nowadays grog is pretty much just a name we give to a rummy drink when we want to give it a bit of a bad boy feel. I’m sure Old Grog would be exasperated; the whole point of grog, after all, was to add a sense of regimen and decorum–and some lime and sugar–to the sailor life.

Today’s recipe is called Navy Grog, but it’s definitively not navy grog. It’s more like one of those bad boy drinks. Tastes great, though. 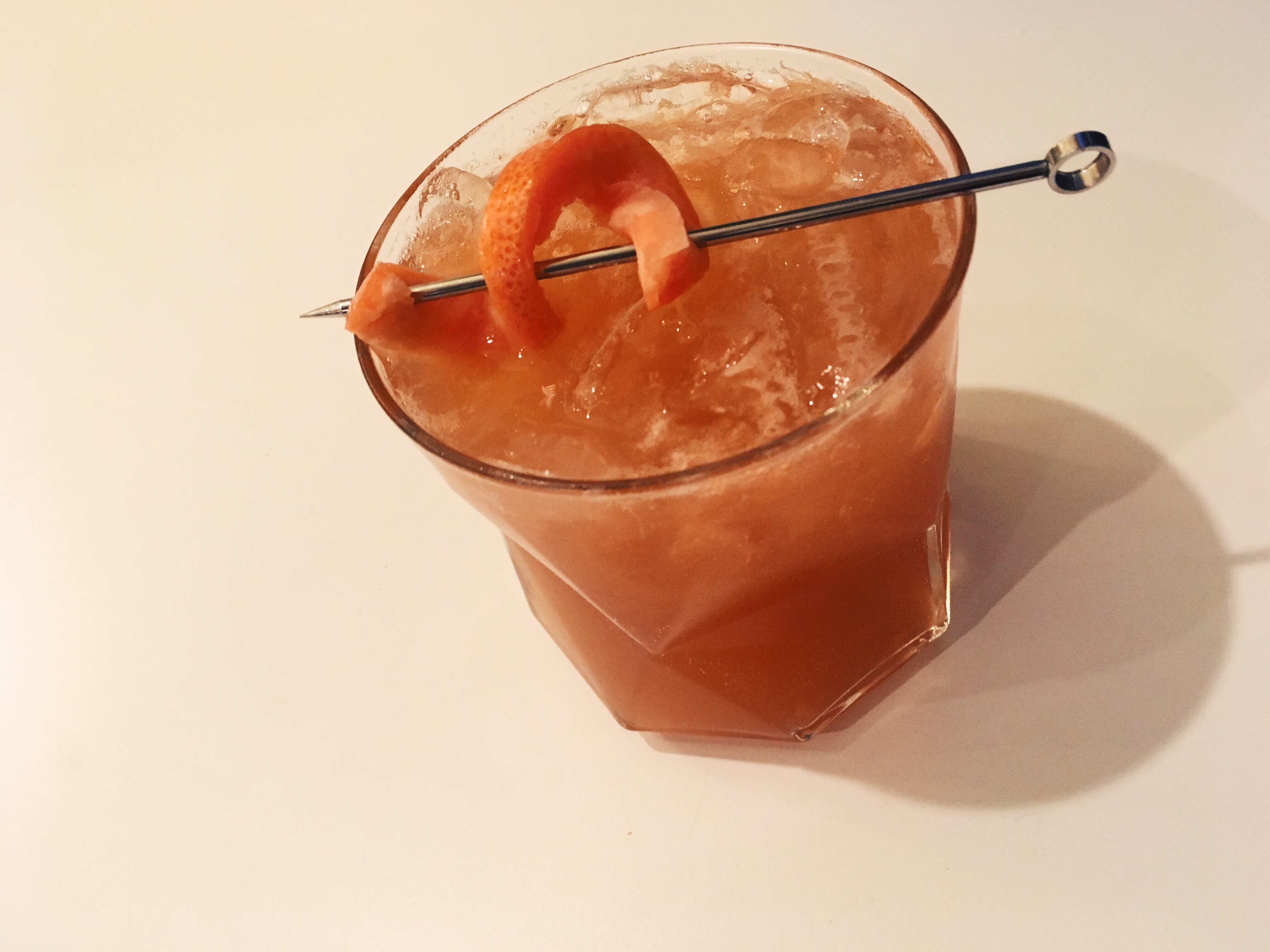 This is Trader Vic’s recipe, by way of Smuggler’s Cove, somewhat simplified by us. 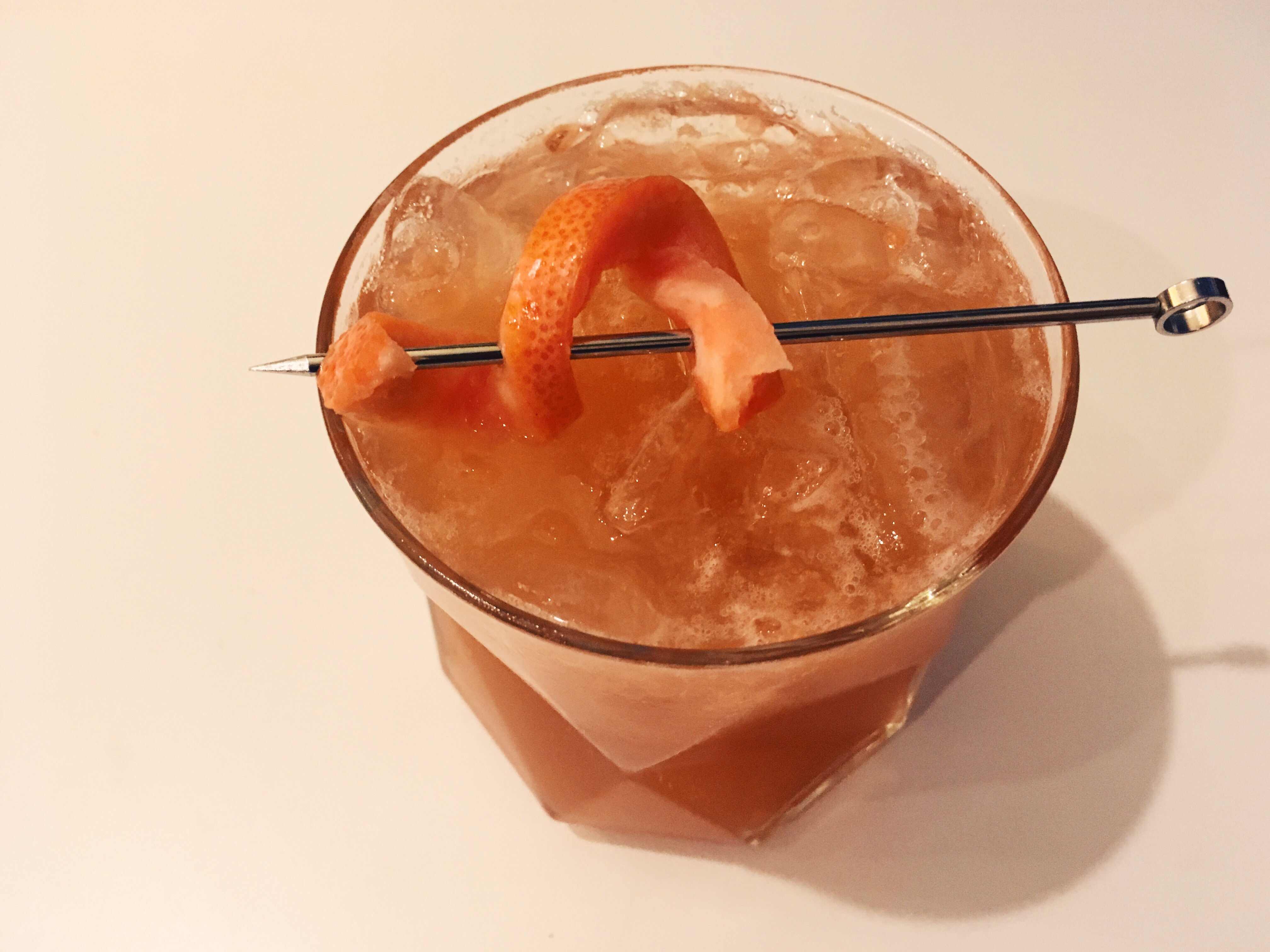 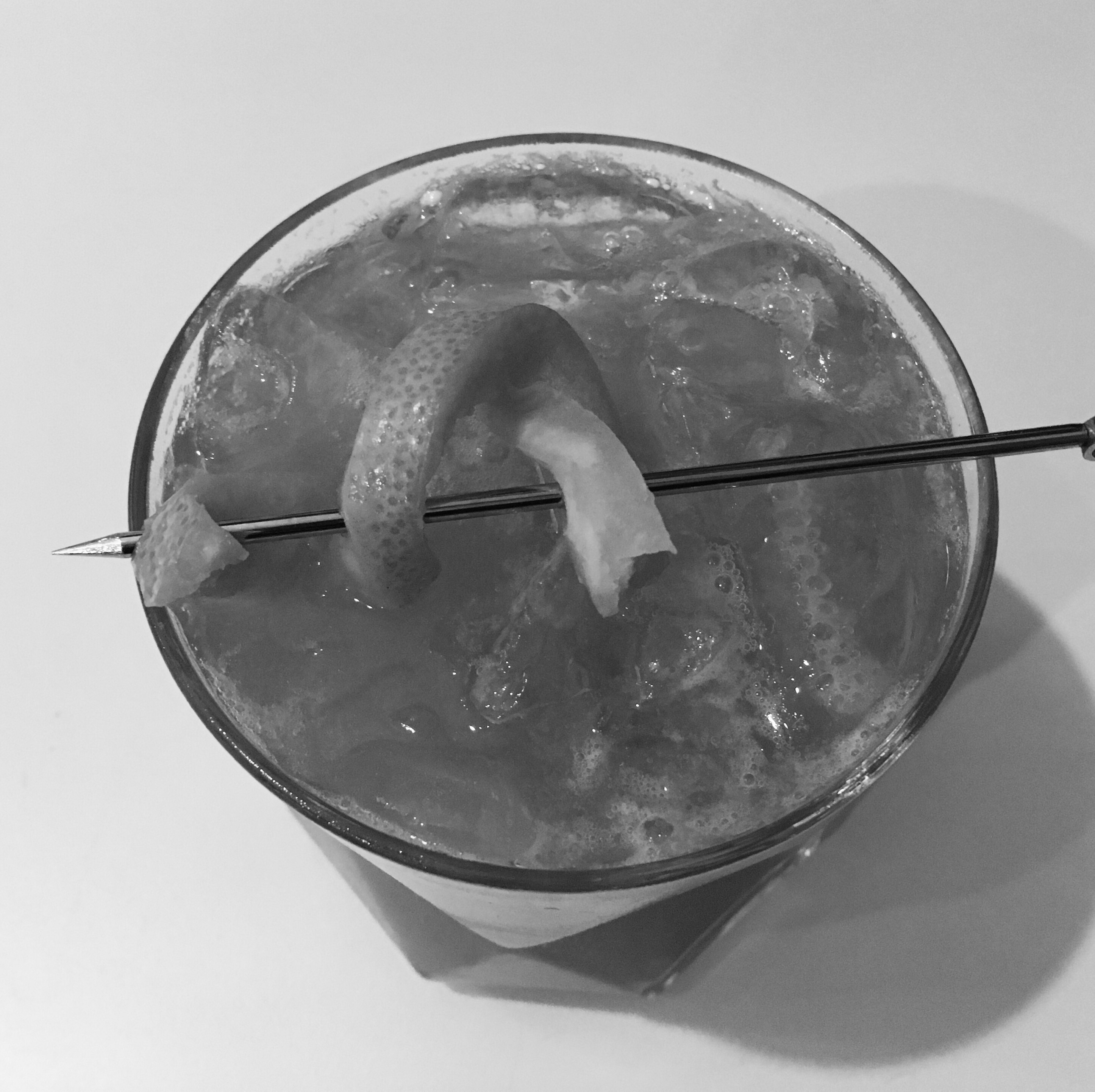 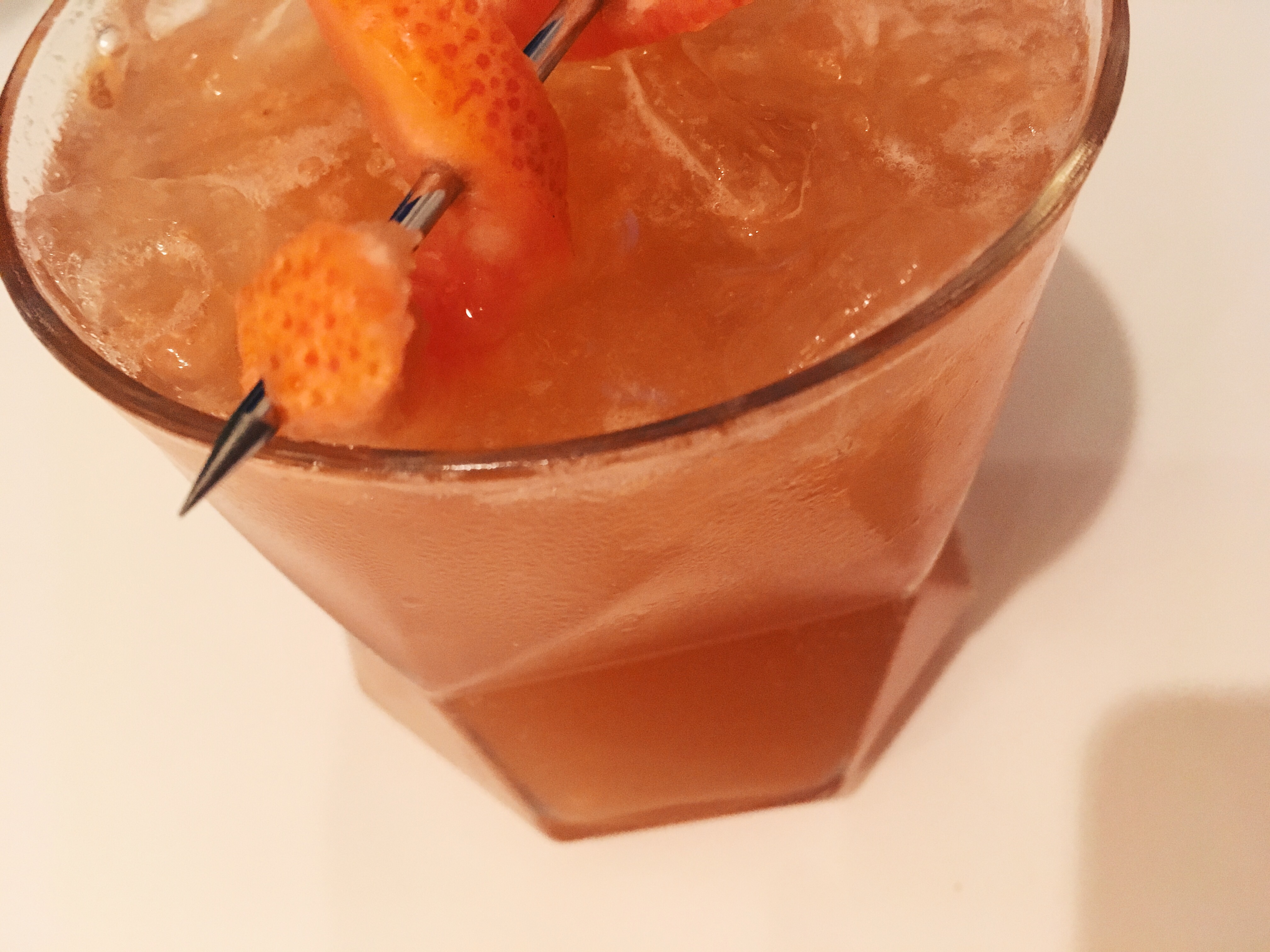 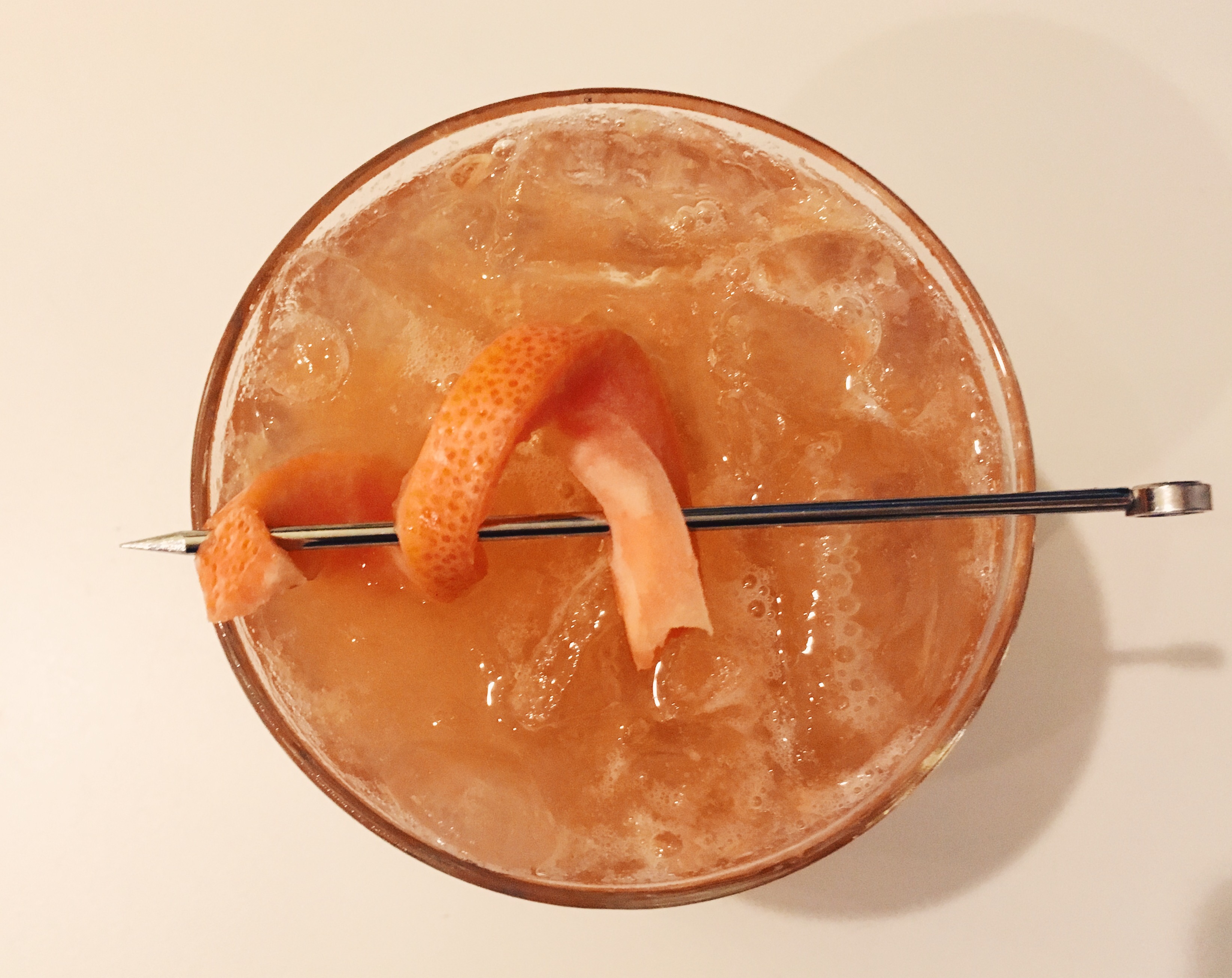 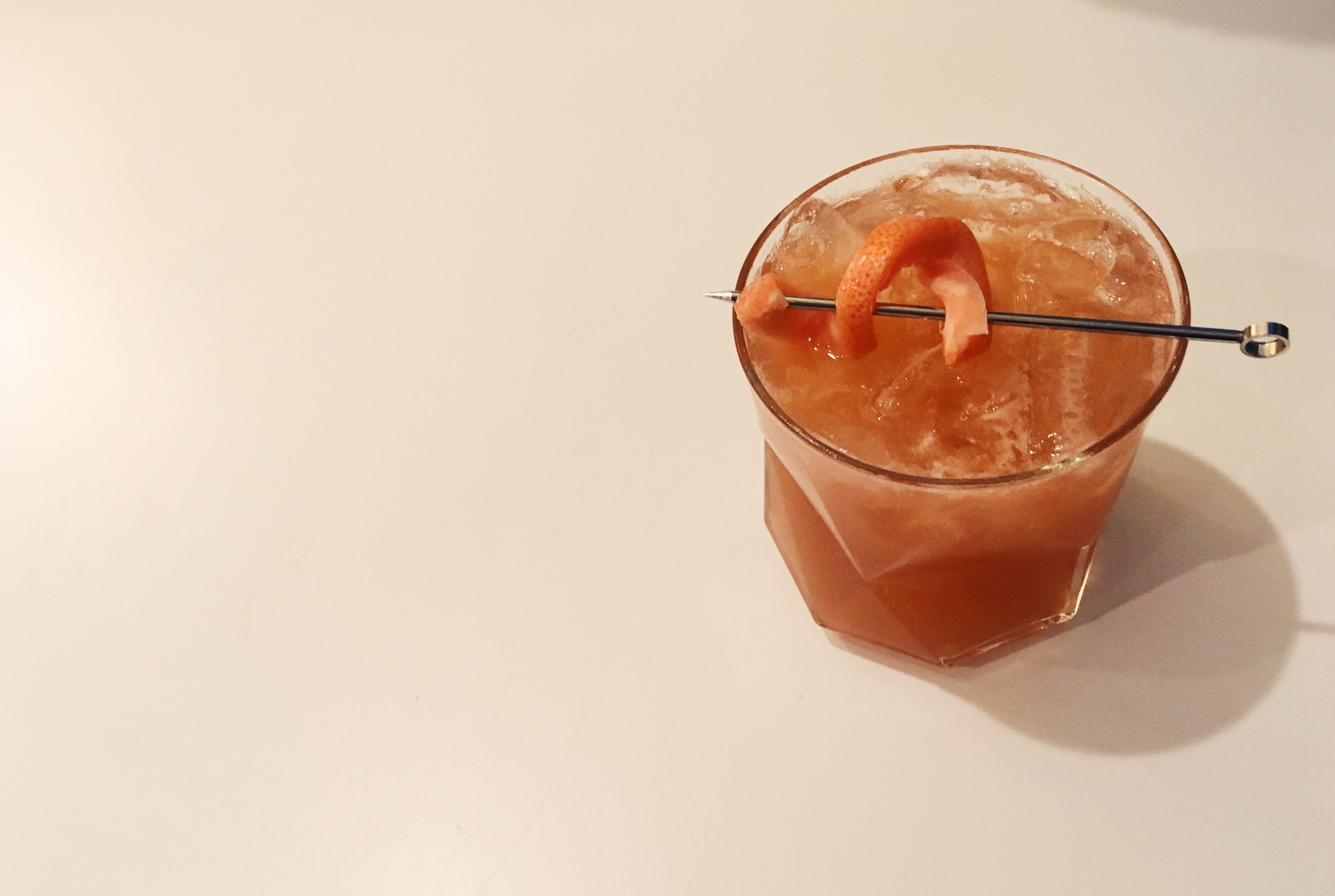