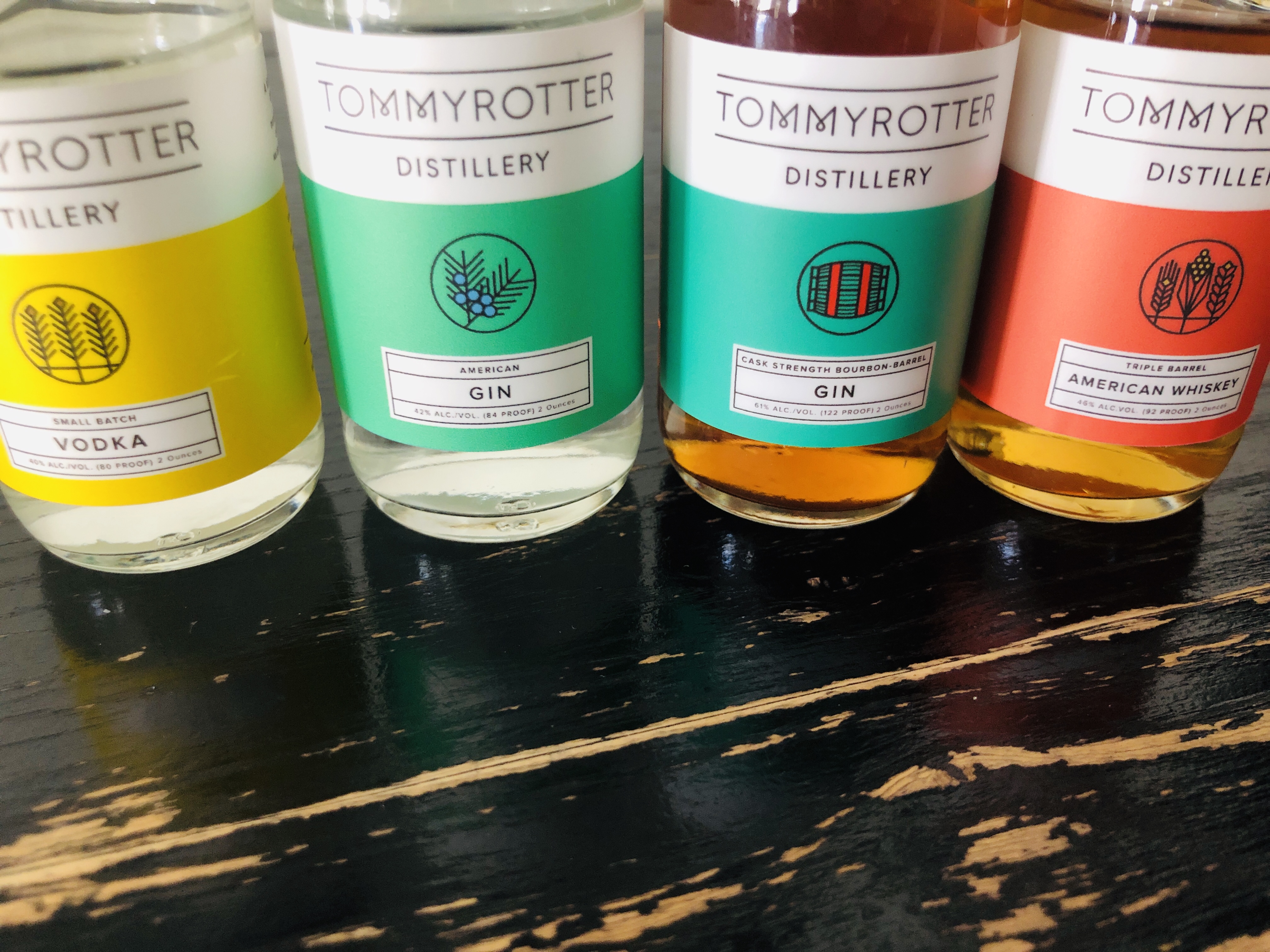 What we like about the older, traditional distilleries is their dependability. When you buy Beefeater gin, for instance, you know exactly what you’re going to get: a quality gin, that tastes like we expect a dry gin to taste, and works well in a reliable way in pretty much any recipe that calls for gin. The problem is that when a spirit becomes too familiar, it’s easy to take it for granted, stop noticing it, even get a little bored. What we like about newer, craft distillers is their ability to surprise, to play with the conventions, and to give you a taste of something you’ve never quite tasted before. The problem with them can sometimes come after that first sip. When a spirit is outside of the box, it’s hard to know what to do with it, in terms of cocktail mixing, which is how we mostly use our spirits.

We’ve recently had the chance to taste the work of Buffalo-based Tommyrotter Distillery, and what we love about them is the way they give us the best of both worlds. Their spirits are equal parts familiar and fresh, solidly fulfilling the role you expect of them but in a way that makes you sit up and pay attention.

Their vodka is probably the best case in point. They describe it as ‘clean and smooth,’ and it is. It also has character, in a way that ‘clean and smooth’ vodkas seldom do. If vodka sodas are your drink, we’re absolutely sure you’ll love the crisp, clear flavor of Tommyrotter’s vodka. We, on the other hand, are not usually vodka soda people, finding it a bit plain. That was not the case with Tommyrotter’s; while we know their vodka is a 100% neutral grain spirit, as vodkas must be, we could swear we tasted the slightest hints of flowers and citrus peel. We added a small dash of lavender bitters to our vodka soda and sipped contentedly as we wondered at how ‘neutral’ could be so interesting.

The gin too was everything we could wish for from both an American craft gin and a London dry gin at the same time–well not exactly at the same time, but in the same sip. The American influence showed itself in the smooth, floral foretaste; London came through on the back with a nice little wallop of juniper. The two together form a complex but companionable gin that would work well in any gin cocktail. That being said, you’ll really get the most out of this gin in very gin-heavy recipes like a martini or, even better, a gin and tonic. If you do use it in a martini, garnish with a lemon twist rather than an olive to bring out the best in the floral front.

You have to admire the boldness of their approach to whiskey. While most whiskey makers nowadays put an emphasis on making a single barrel straight Bourbon or rye, Tommyrotter unabashedly blends three entirely different whiskeys with three different mashbills, using corn, wheat, rye, and barley rather than stressing just one of them. They go even further by finishing their blend in used wine barrels, rather than in new oak barrels, as is required for straight whiskeys in America. Because of this blending and finishing, they have to call their whiskey simply ‘American’ rather than any specific type. But it’s not the designation that ultimately matters, but the taste; and their whiskey is smooth, mellow, and balanced. It makes good use of all of its grains, making for something that’s not too sweet, not too bready, and not too peppery, but a pleasant mixture of them all.

Having stressed how Tommyrotter nicely balances tradition and innovation to produce interesting but user-friendly spirits, we have to admit now that our favorite of their spirits is almost entirely innovative, and not very user-friendly–you definitely can’t just plug this spirit into any standard cocktail recipe. It is, however, quite delicious. Their cask-strength, Bourbon-barrel gin is entirely unique, and an utter delight to drink. Sweet and woody, it perfectly marries a gin’s aromatic nature with a Bourbon’s roundness, making for an exceptionally smooth complexity. The smoothness is especially impressive in light of the fact that this spirit is a whopping 122 proof. This is a limited edition spirit. So if you find it, buy it; you won’t be disappointed.

As we mentioned, you can’t just use this gin with any old gin recipe. We tinkered with an Improved Holland Gin recipe to create something we think brings out the best in this one-of-a-kind spirit 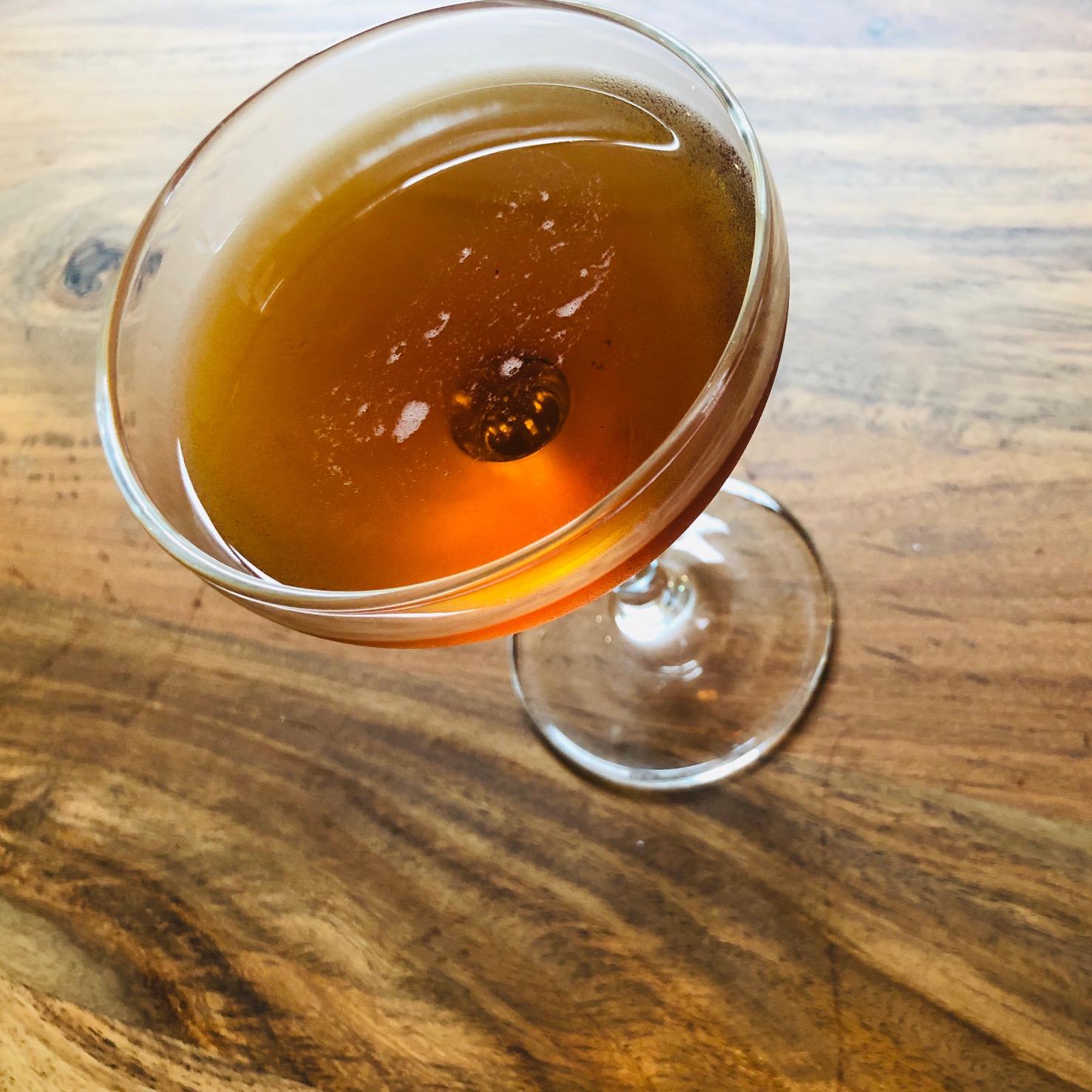 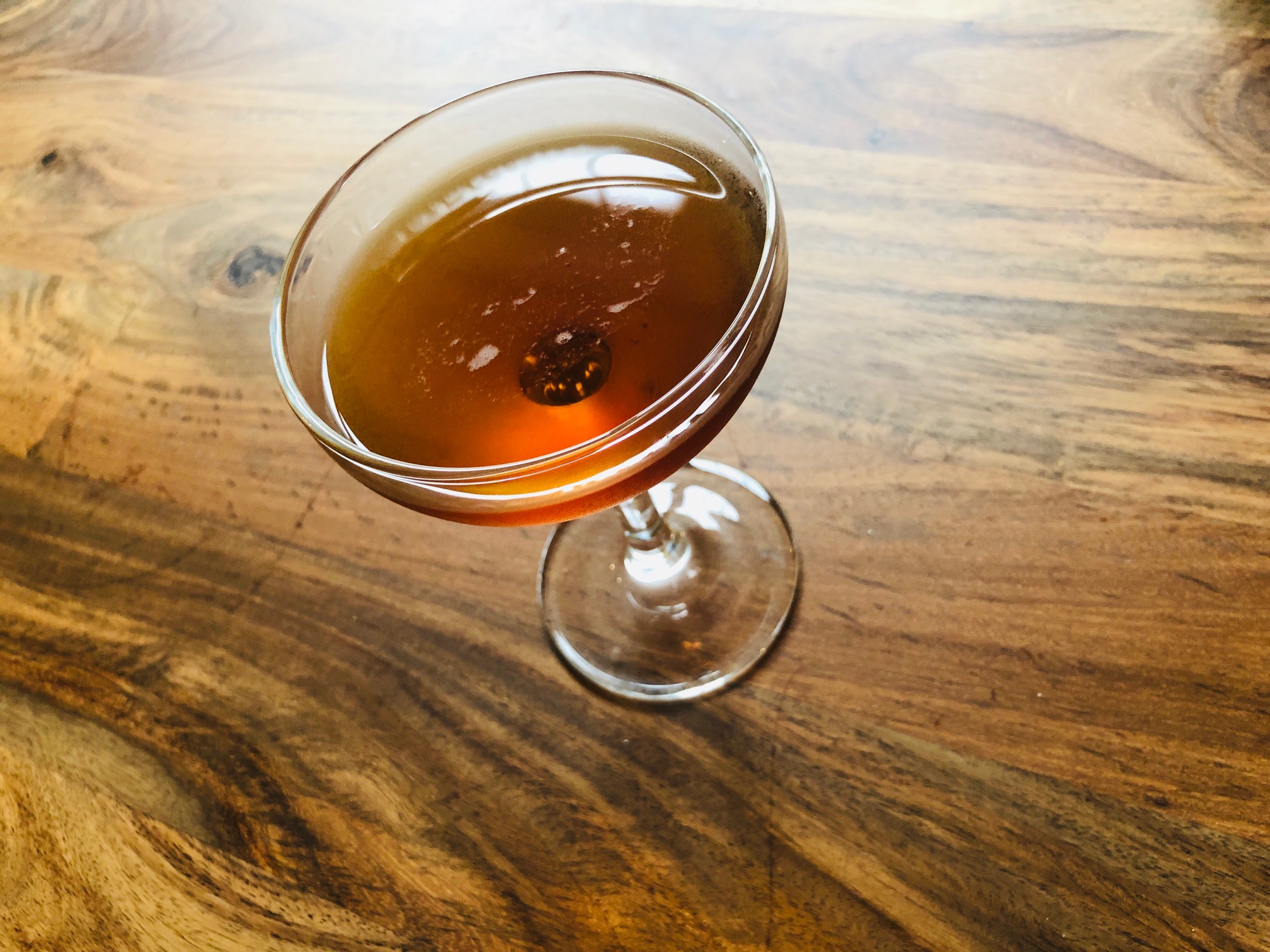