As was the case with last week’s Cuba Libre, the White Lady makes an appearance in an Ernest Hemingway story, but not a favorable one. In Islands in the Stream, our hero Hudson is about to head off to the neighborhood bar for a drink, but his domestic helper suggests that maybe he should just have one at home instead. It seems that Bobby the bartender is in a foul mood because his bar has been swamped by a yachtload of tourists ordering fussy drinks, like the White Lady. There’s something to be said for being aware of your surroundings. If you look across the bar and see only pint glasses, shot glasses, and uncorked bottles, maybe something like a gin & tonic is about as fancy as you should go. On the other hand, though, maybe it’s Bobby the bartender who’s overly sensitive. When Hudson goes to the bar later and does indeed order a gin & tonic, Bobby gives up with the exclamation, ‘The hell with those fancy drinks,’ just because Hudson asks for a dash of bitters in it.

Well, we say the hell with Bobby’s tender feelings. Lemon and a nice egg white foam has always been an irresistible combination for us. We’re used to sugar in our sours; we were pleasantly surprised by the extra tart flavor of this sugarless recipe. We added a few drops of Peychaud’s bitters–a move that would be sure to drive Bobby the bartender absolutely bonkers.

We get our Hemingway backstory from Philip Greene, and he gets his White Lady recipe from the Savoy. 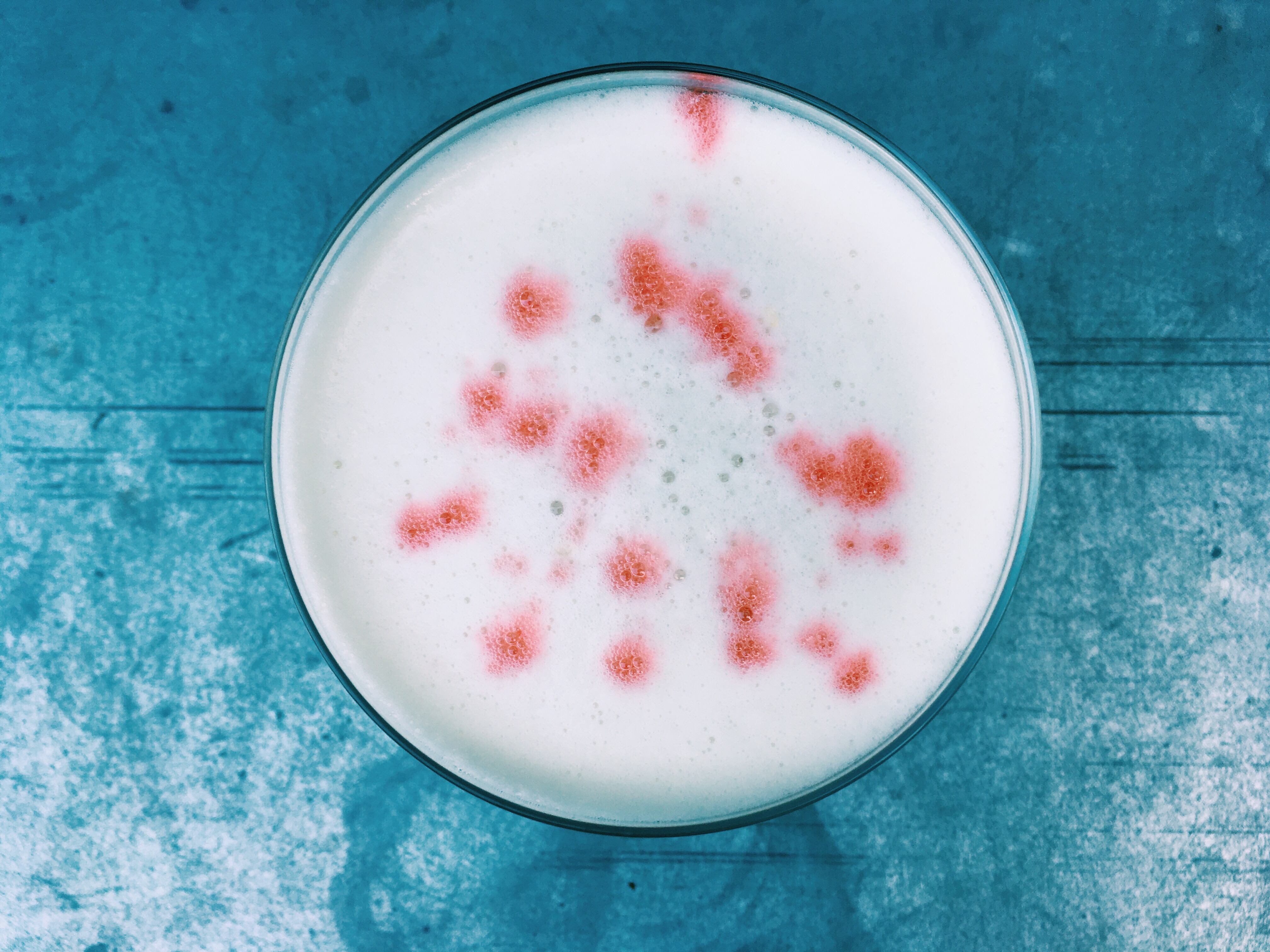 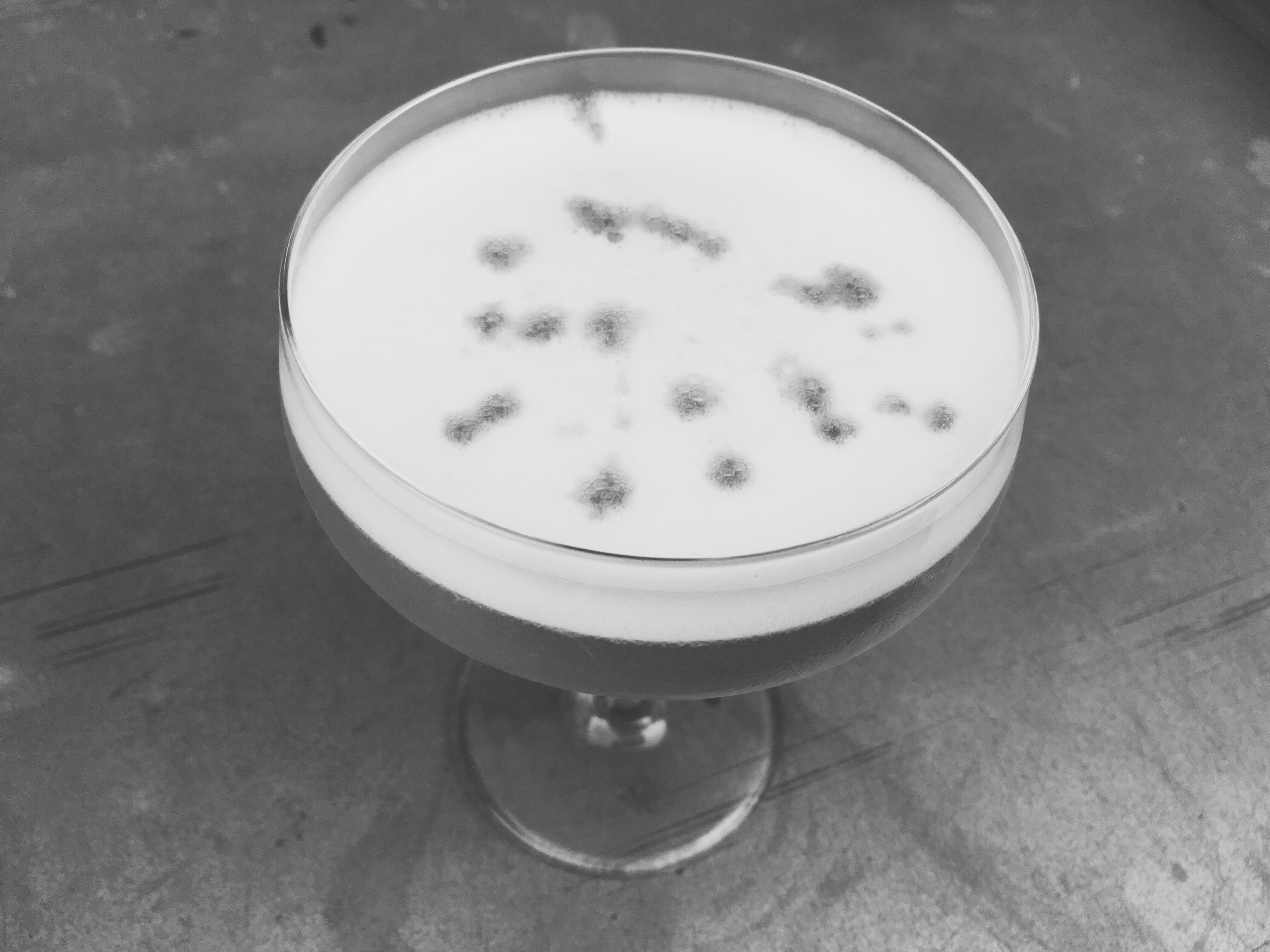 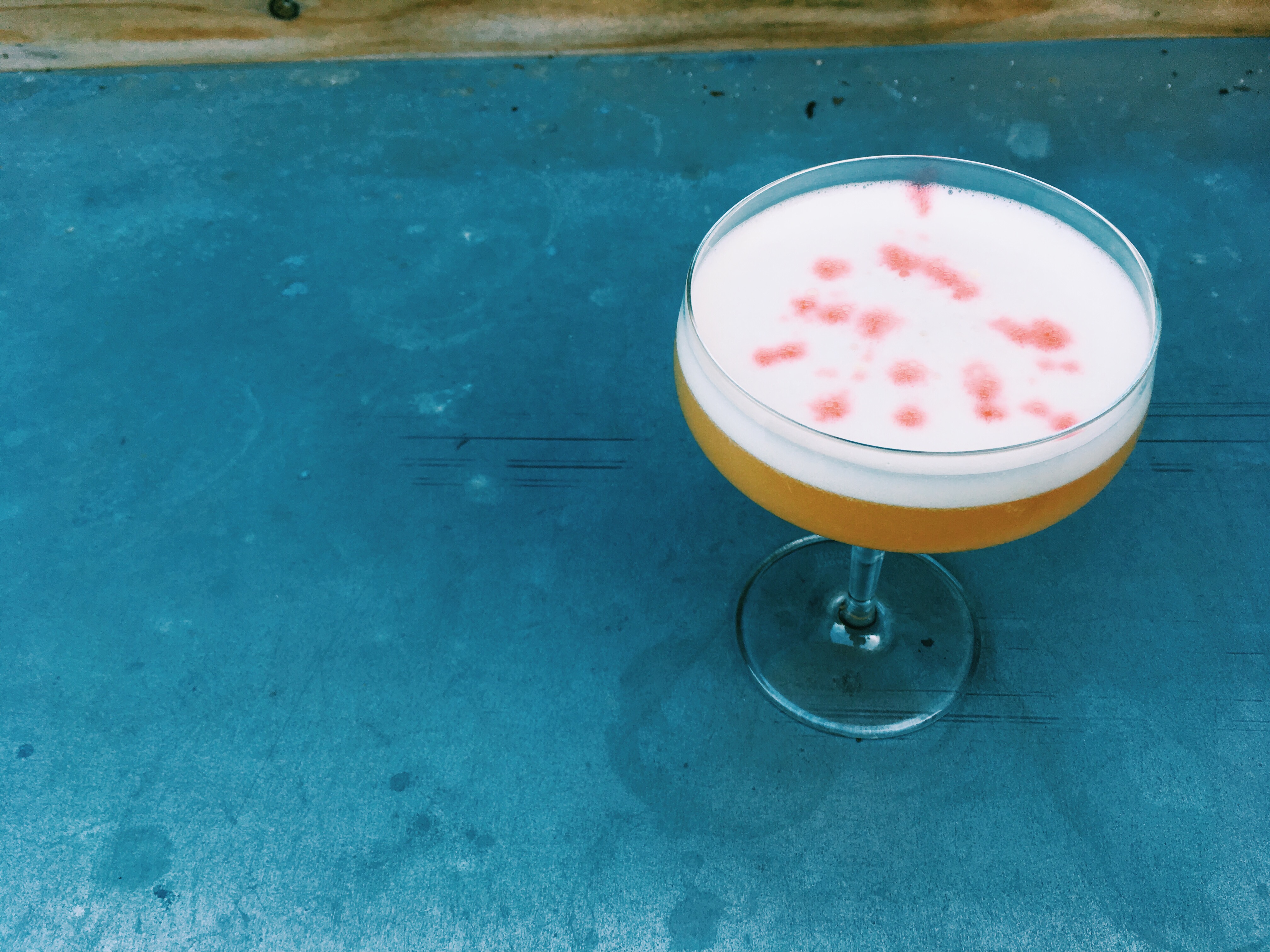 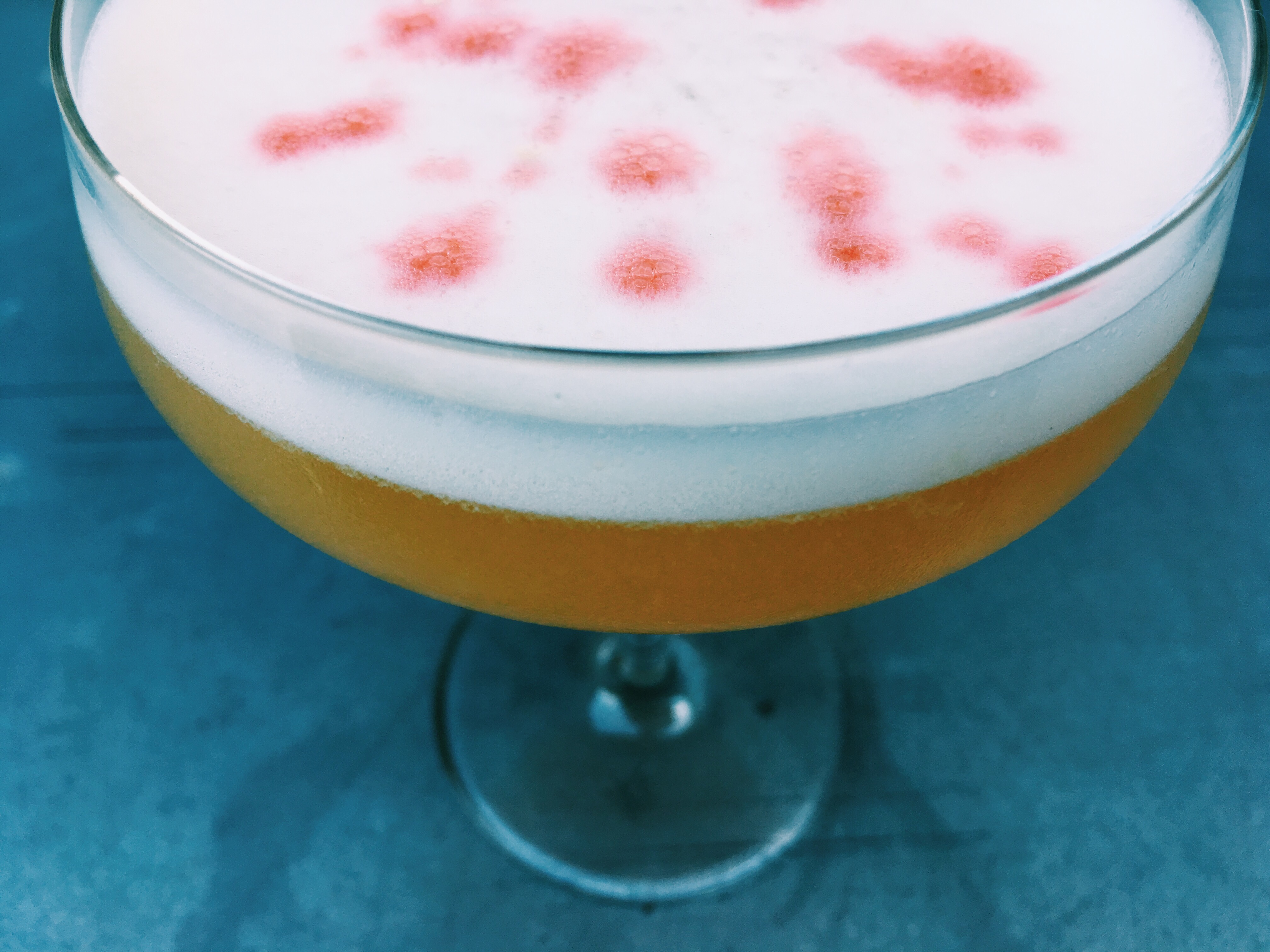