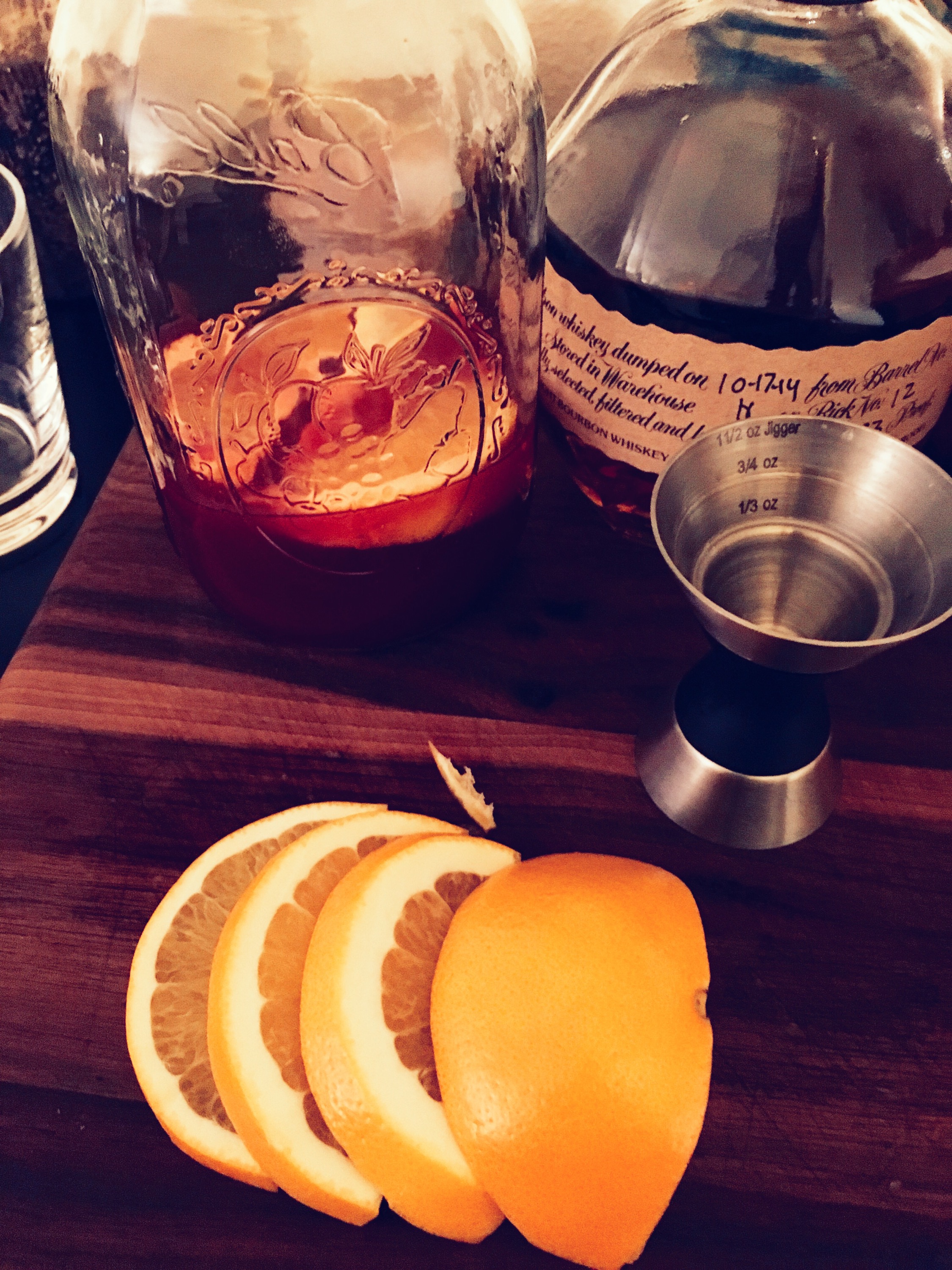 Here at Roberts & June, it’s our life goal to make better cocktails and better parties. We hope that means more than just for ourselves. So when we heard that Andrew used some of our recipes at a couple of different parties recently, we were eager to hear how it went. 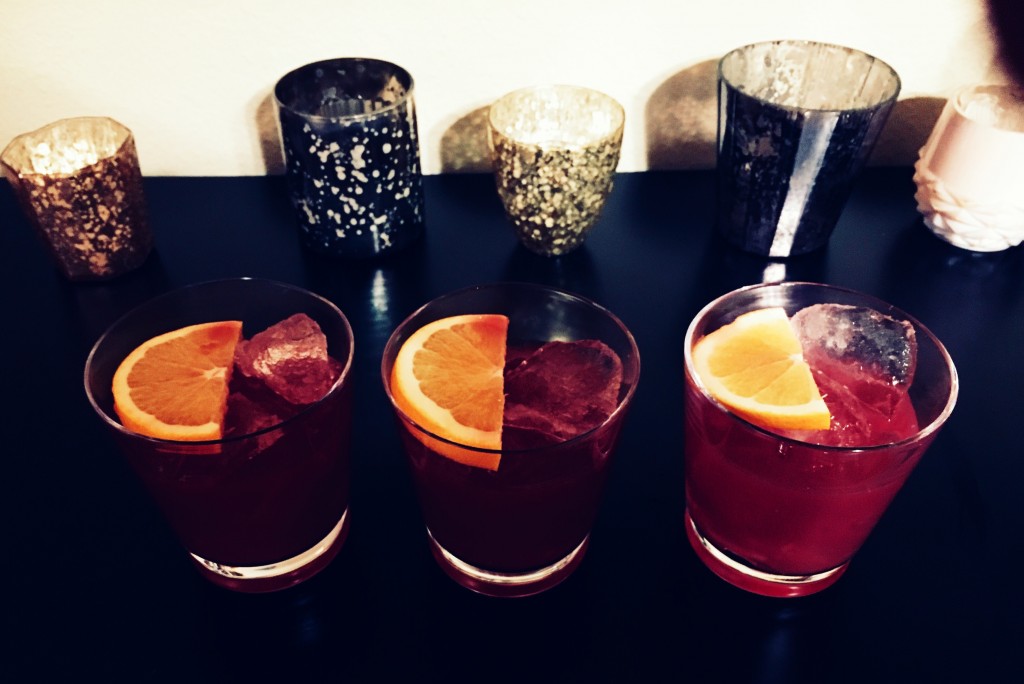 R&J: Hi there. Thanks so much for reading Roberts & June! AND for being willing to tell us about your recent experience trying some of our cocktails. Let’s start by hearing a bit about yourself.

A: Sure. My pleasure. For starters, my name is Andrew. I work in this thing called ‘title insurance,’ but really my job is to make businesses better. I travel a lot for work (for better for worse), and love sports, a good deal, and gadgets (mostly apple). Also, I’m a lefty!

R&J: So tell us about the party. What was the occasion?

A: Every year during Halloween my friends and I have a Pumpkin Carving and Scary Movie party and this was the 5th one. I used to host, but my friend adopted hosting duties.  It varies year to year from 15-30 people attending.

R&J: What did you make? And how did you decide what to make?

A: I wanted a fun, fancy alcoholic beverage for a group that was easy to make, easy to transport, and easy to serve.  Everyone was supposed to bring something (in addition to a pumpkin). I wanted to bring something memorable that people would enjoy and something a bit out of the ordinary (as I like to leave an impression). The apple cider margarita fit the bill because I knew people would like it and it fit the fall theme. It was perfect timing when I saw it posted here and knew it would be good. And I wouldn’t have to bother siphoning through google search and the infinite number of food channel hits for sub-par cocktails that always pop up.

R&J: How did it go over? Did people like it?

A: It definitely stood out because everyone else just brought beer. Nothing wrong with that, but it was easy to stand out by just showing up with something already put together that looked nice. I didn’t poll my friends; so who knows what they said behind my back, but if I were to judge based on how much was left in the pitcher by the end of the night, I think it’s safe to say it was a hit. 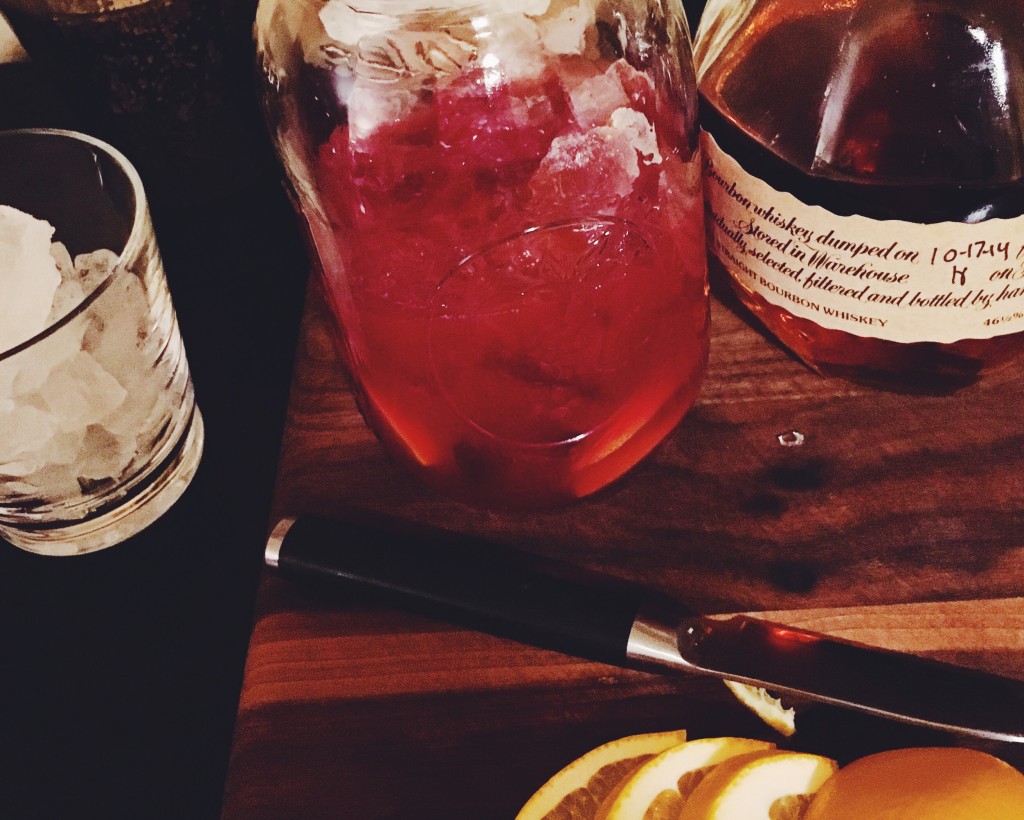 R&J: Tell us about the process of making the drink and/or serving the drink. Did you encounter any challenges.

A: I did learn some things along the way. The first was that I started with a pitcher too small and didn’t realize how much I was making. Otherwise making it was easy. I also learned that it’s important to label what the drink was! It was such a smooth drink that a lot of people thought it was cider or punch or something not very alcoholic. Whoops.

R&J: I suppose there are worse things. 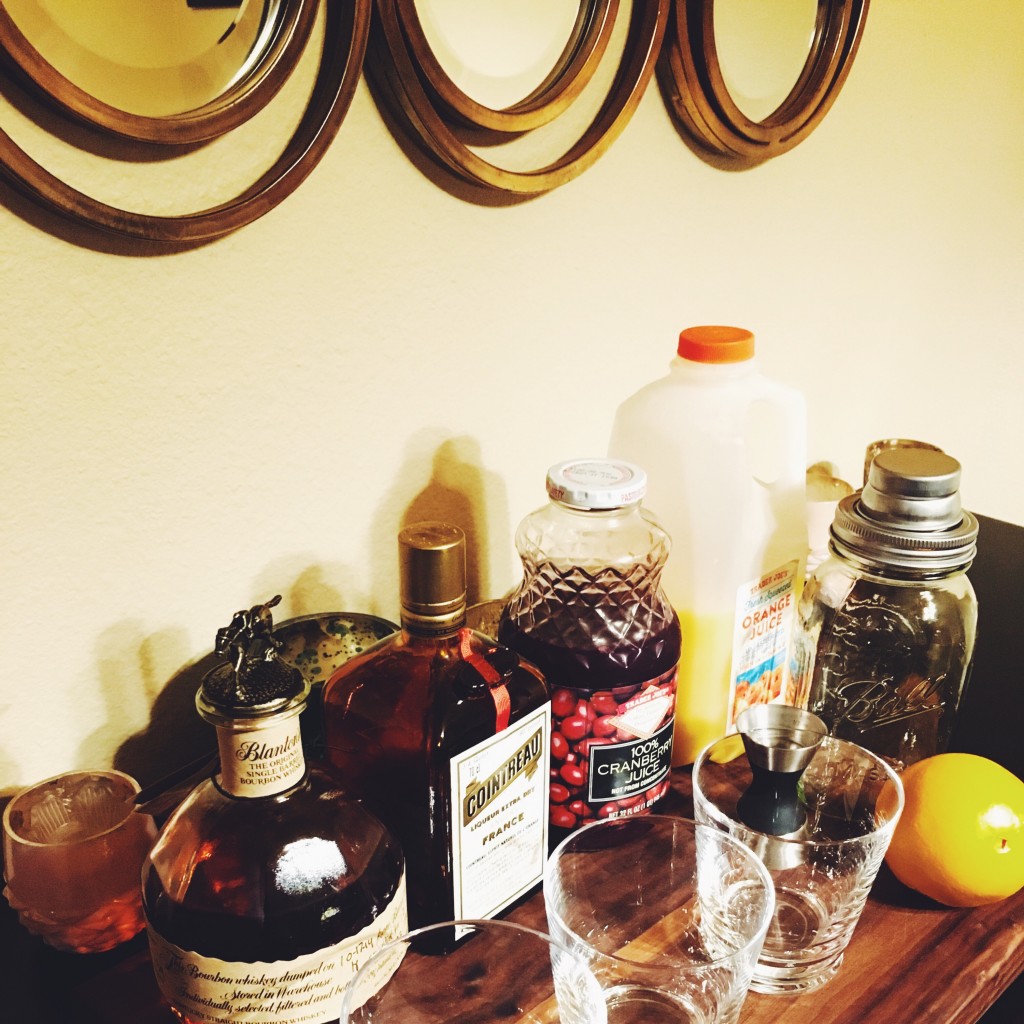 R&J: And you mentioned there was another party?

A: Well, not party but for Thanksgiving, I was on drink duty. I made the Thanksgiving Smash that you posted the day before (great timing) and also did the apple cider margarita again.

R&J: Great. How was it received? It seems like the audience for Thanksgiving might be a bit different than for your scary movie party?

A: Yea, you could say that. It still went over well. The Thanksgiving Smash was rather sweeter; so it kind of ended up being the ladies’ drink of choice. I thought I should have another option as well. Because I had already made the apple cider margarita, I knew that would be a hit again. However, we didn’t have cider. But I was able to check back at the recipe to see the proportions and just used more Curacao in place of the cider. It ended up being more of a spicy margarita (and stronger); but it was still great, and much more popular among the guys.

R&J: Oh, perfect. That’s the hope, that people would feel more comfortable mixing drinks–even when they have to improvise–and it sounds like you did just that. 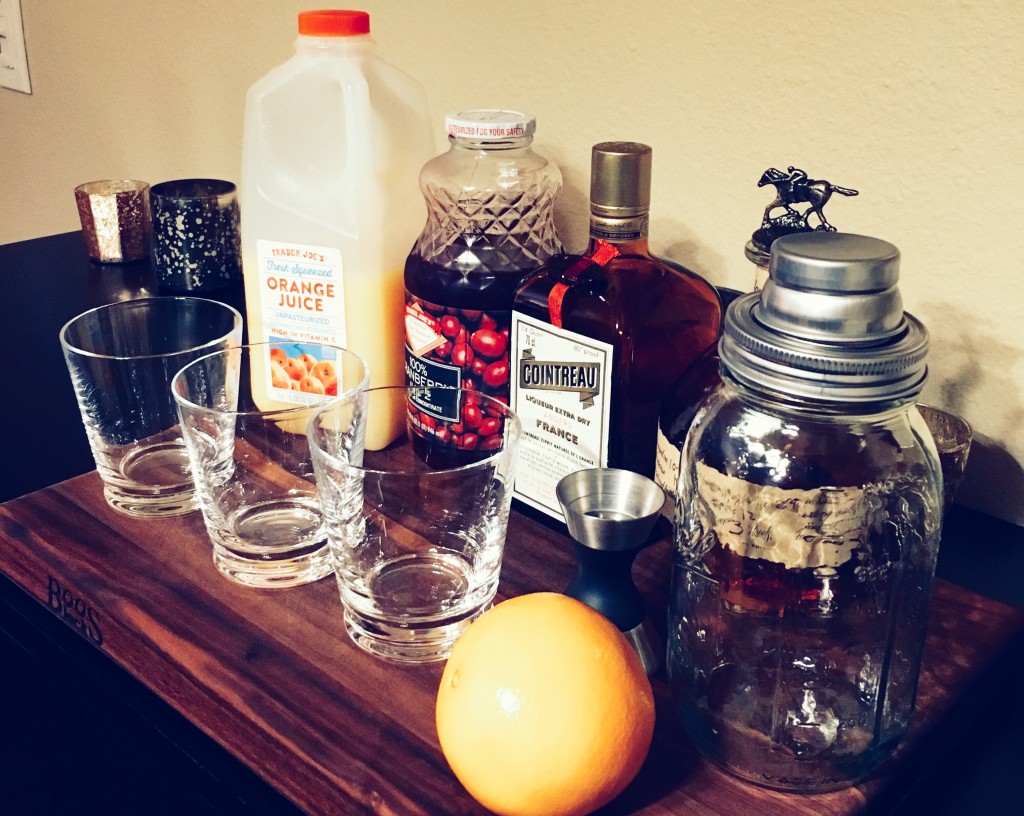 R&J: We’ll here’s to more cocktails! And more parties for that matter. Anything else you’d like us to know:

A: I’ll be on the look out for some winter drinks. I’m off on a work trip to the Philippines where I’ve been told I’m supposed to dress up as Santa for the office holiday party; so I might need one of those holiday recipes sooner rather than later. But I’ll definitely be on the lookout for some holiday themed drinks when I get back.

R&J: You got it. We’ll get to work. Thanks for chatting Andrew! 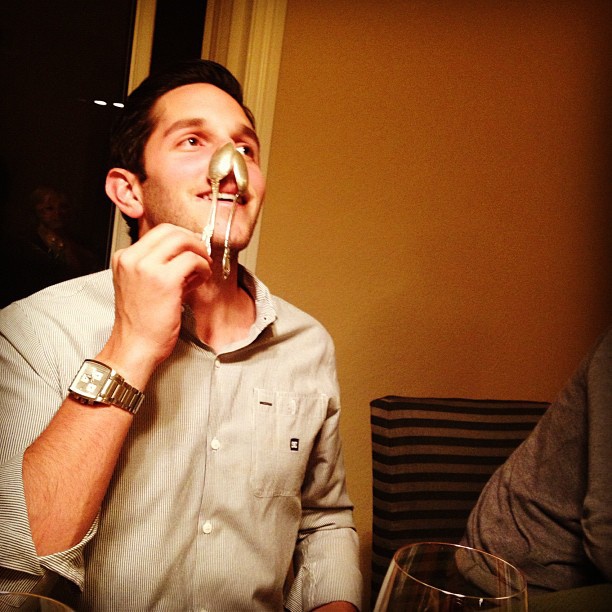 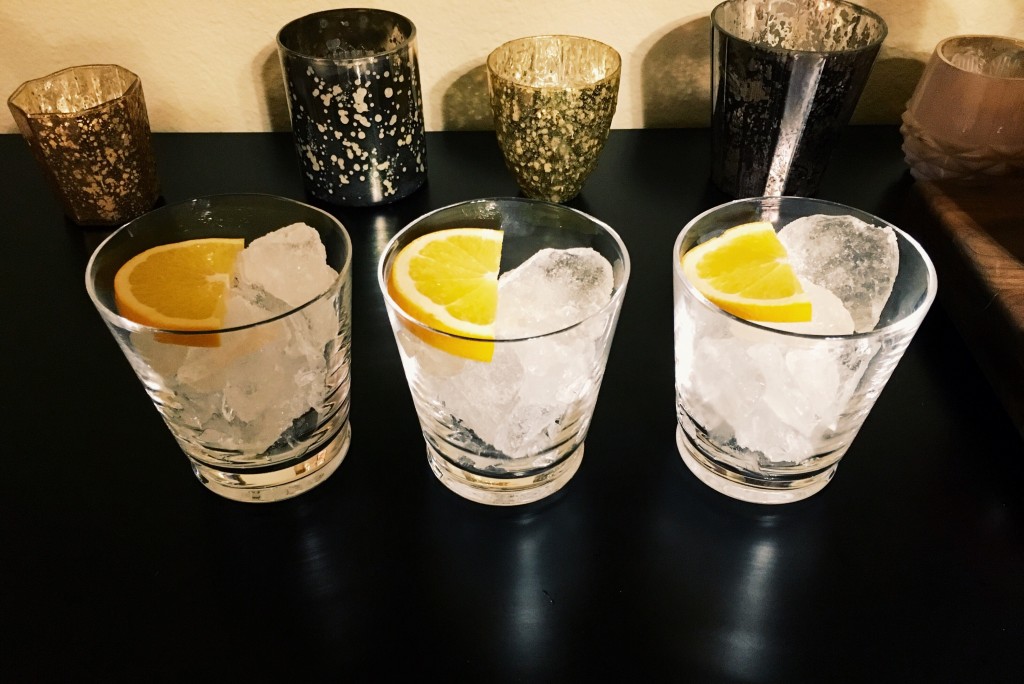 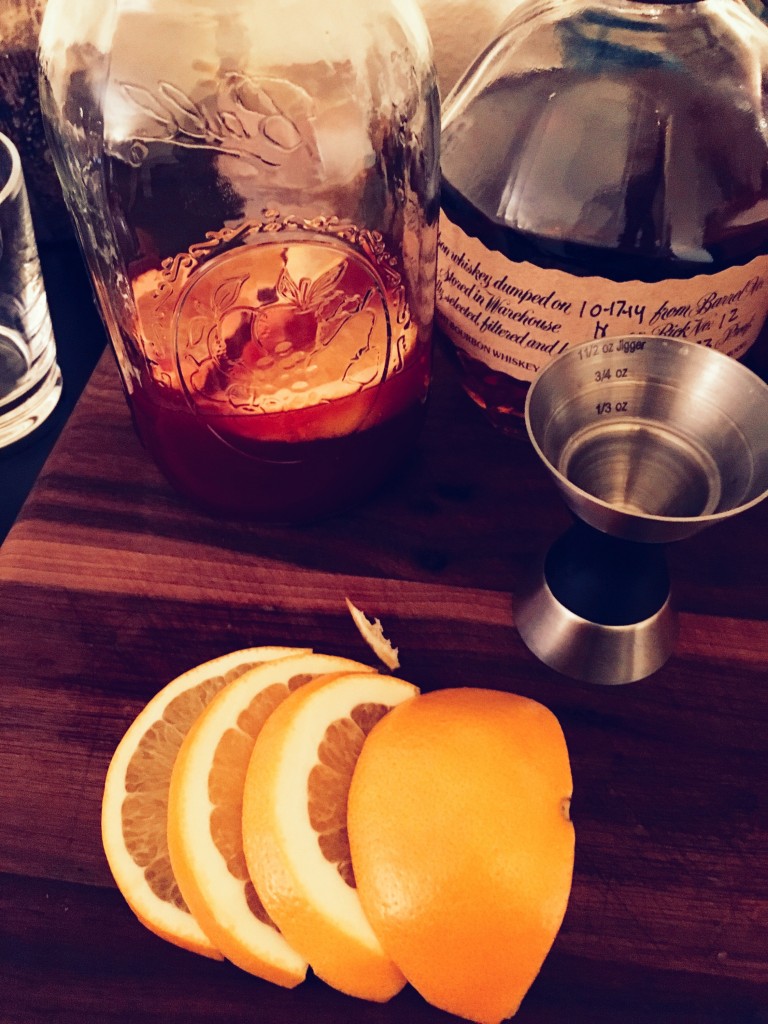