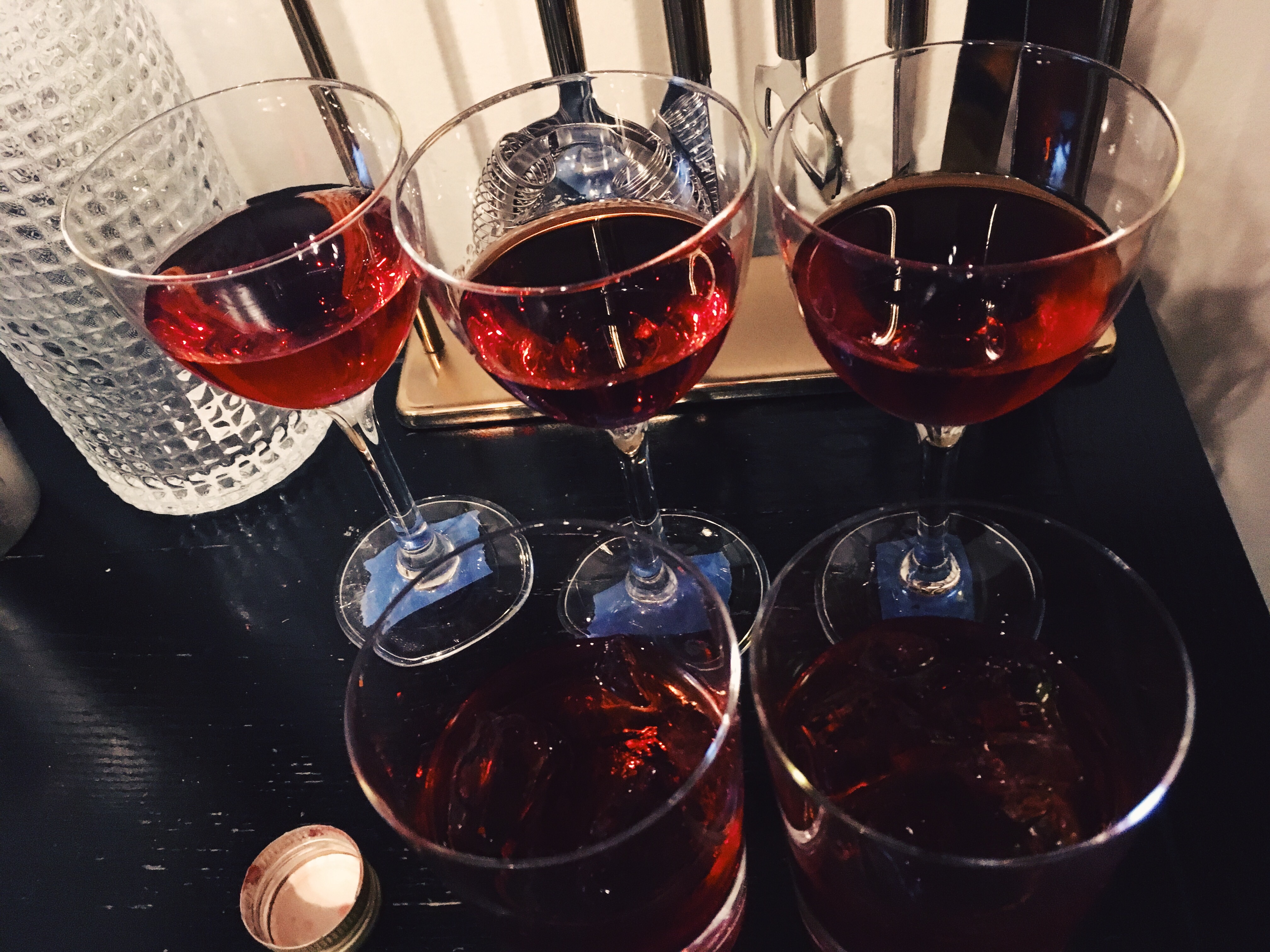 Out on a double date recently, the other couple told us a cocktail horror story. They had ordered a Negroni at a bar; to their utter disbelief, the bartender took out a glass, filled it with ice, and then poured a pre-mixed Negroni out of a bottle into the glass and served it to them.

‘What do you think of that as cocktail people?’ they asked.

We’d be aghast, we responded. Serving a Negroni on the rocks is perfectly respectable, but pouring it out of a bottle is an unacceptable shortcut.

We were curious, though, what exactly the difference in taste would be between a bottled Negroni and a freshly mixed one. Was our objection due to a difference in quality, or only due to objectionable protocol?

So we conducted an experiment. About a week ago, we mixed a Negroni and put it in a jar on our bar. We also mixed a second Negroni, added about 1/2 oz of water (approximately the amount of water added by stirring in ice), and put it in a jar in the fridge. Today, we mixed two Negronis fresh. We blind tested five different Negronis:

Here’s what we learned. There was a noticeable taste difference among the five drinks, with the freshly made ones being considerably more bitter than the stored ones. The fresh one on the rocks was most bitter, and the one aged with water and simply poured into a cocktail glass was most smooth. It was remarkable how much of an effect one week of storage had in mellowing the drink out. Is this mellowing out a good thing, or a bad one, though?

A Nod to Mass Appeal

We have to admit that bitter and popular aren’t necessarily equivalent. While the experienced Negroni drinker might find the bottled Negroni oddly muted, the novice drinker might be delighted to find that they enjoy the unexpectedly smooth Negroni they were just served. You could forgive a bar for bowing to the tastes of the majority here. Gaining more Negroni fans doesn’t seem like a bad thing.

Except for one thing.

There’s no need to Nerf the Negroni, because a smoother version of the Negroni already exists. It’s called the Contessa, made with Aperol instead of its more bitter cousin Campari. The essence of a Negroni is the very slap-in-the-face bitterness that Campari brings. If you know that the average novice cocktail drinker would probably prefer a Contessa over a Negroni, why not suggest a Contessa instead of softening a Negroni? Leave the Negroni pure for the people who are specifically ordering that slap in the face. Steer the people who want it milder in the Contessa direction. 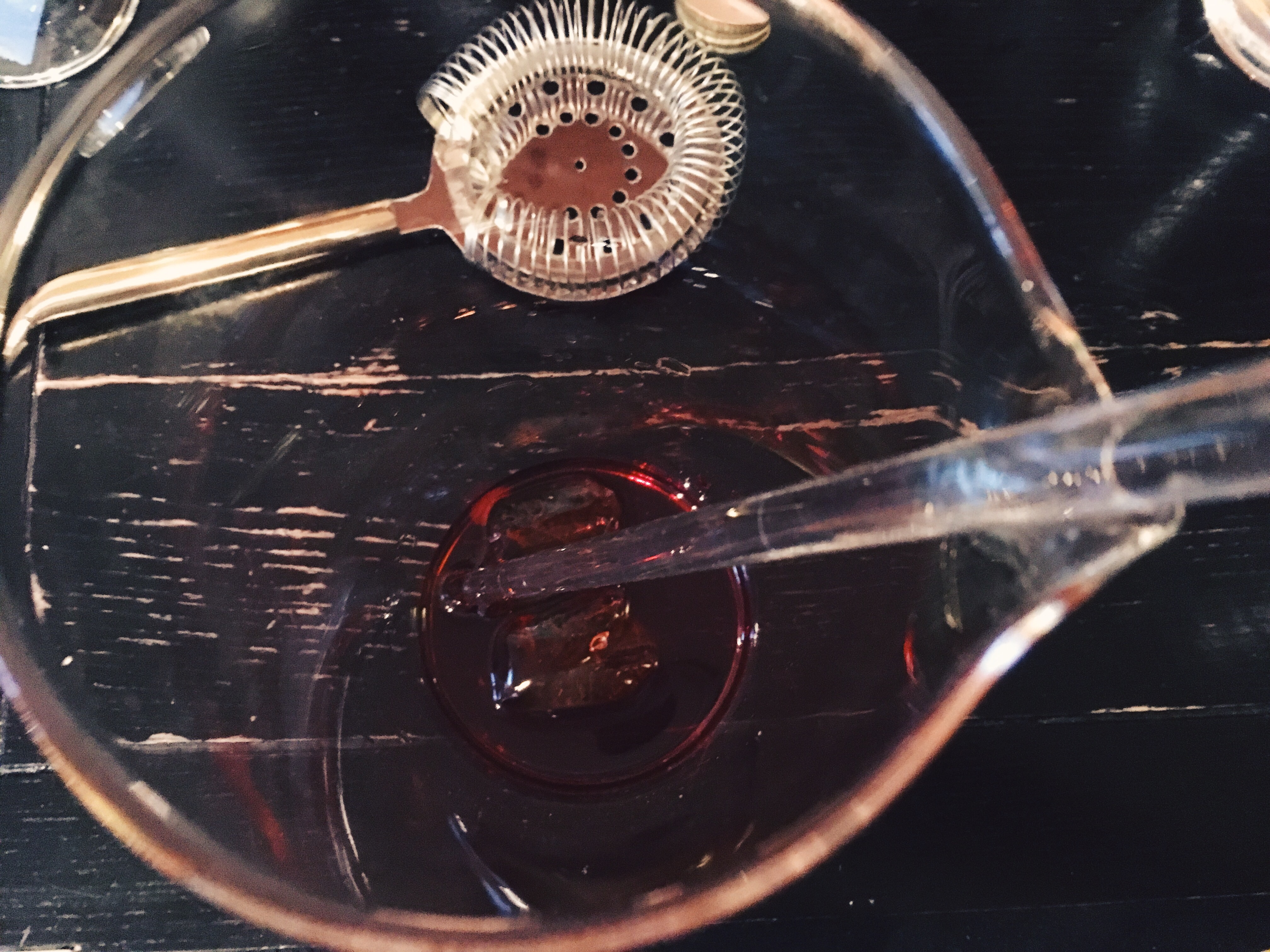 We do already have a form of mixed drink available to people who are specifically looking for a more mellow, aged version of their cocktail: cask-aged. Someone who orders a cask-aged drink won’t be offended to know that it’s simply being poured out of a barrel. They’ve chosen it, because their interested to taste the difference a little bit of time makes.

Speaking of choice, another reason to mix a Negroni fresh is to leave open the possibility of customization, one of the biggest practical benefits to mixing on the spot. It’s true that the room for customization of a Negroni isn’t terribly large: the gin doesn’t matter all that much; the proportions are set; and so is the Campari. However, many bars would have more than one vermouth on hand, and that choice of vermouth can make quite a difference. And actual customization isn’t entirely the point. Theoretical customization matters. Even just letting people know what bottles are being used and leaving open the possibility that someone might tweak their Negroni in some way is one of the grace notes of ordering and serving a cocktail, no matter how rarely that power is exercised.

While we’ve posted numerous variations on the Negroni (here and here, just for example), and even use its recipe for a template of quite different drinks (such as this and this), we’ve never just posted the traditional recipe. Here it is. 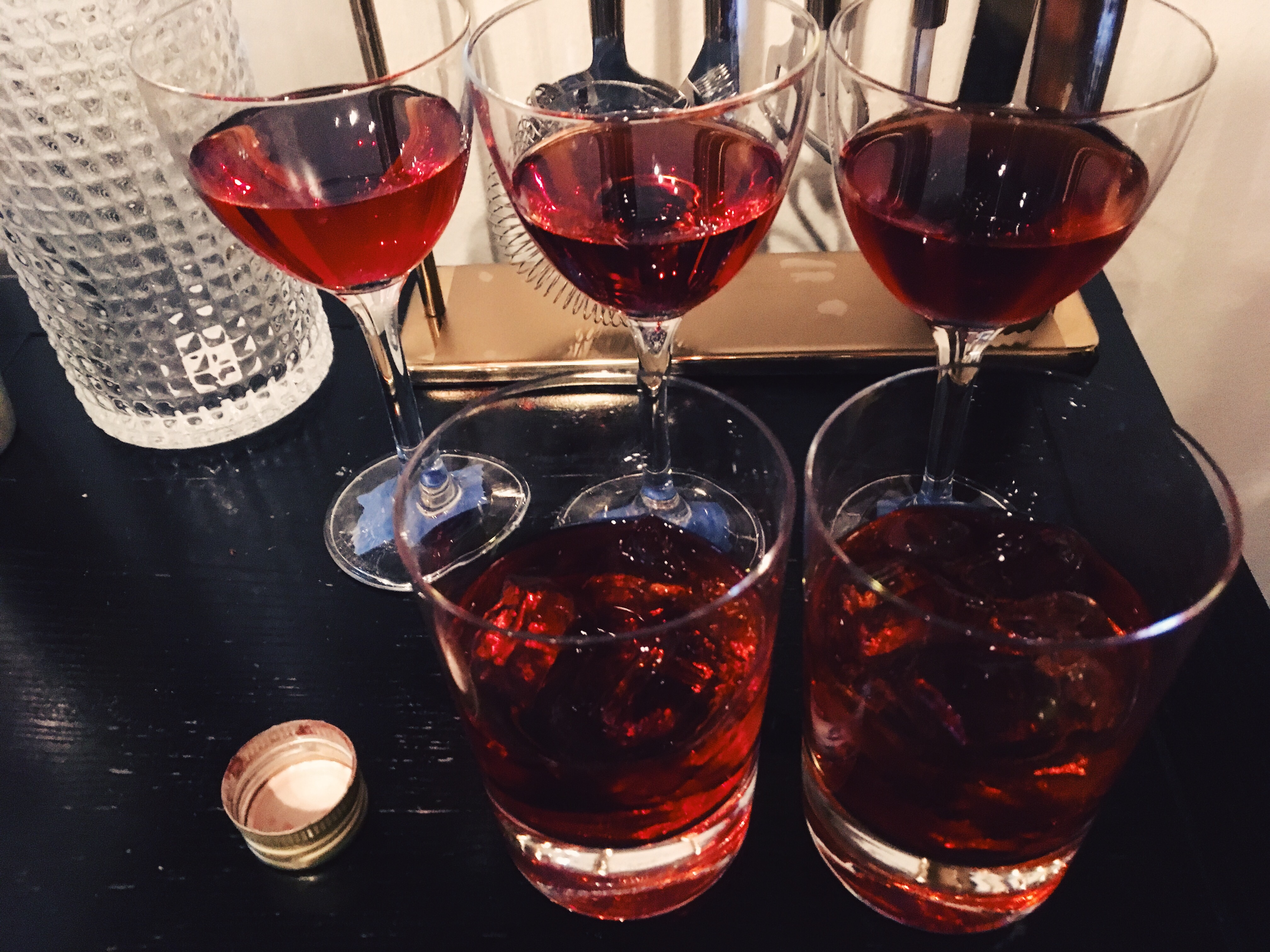 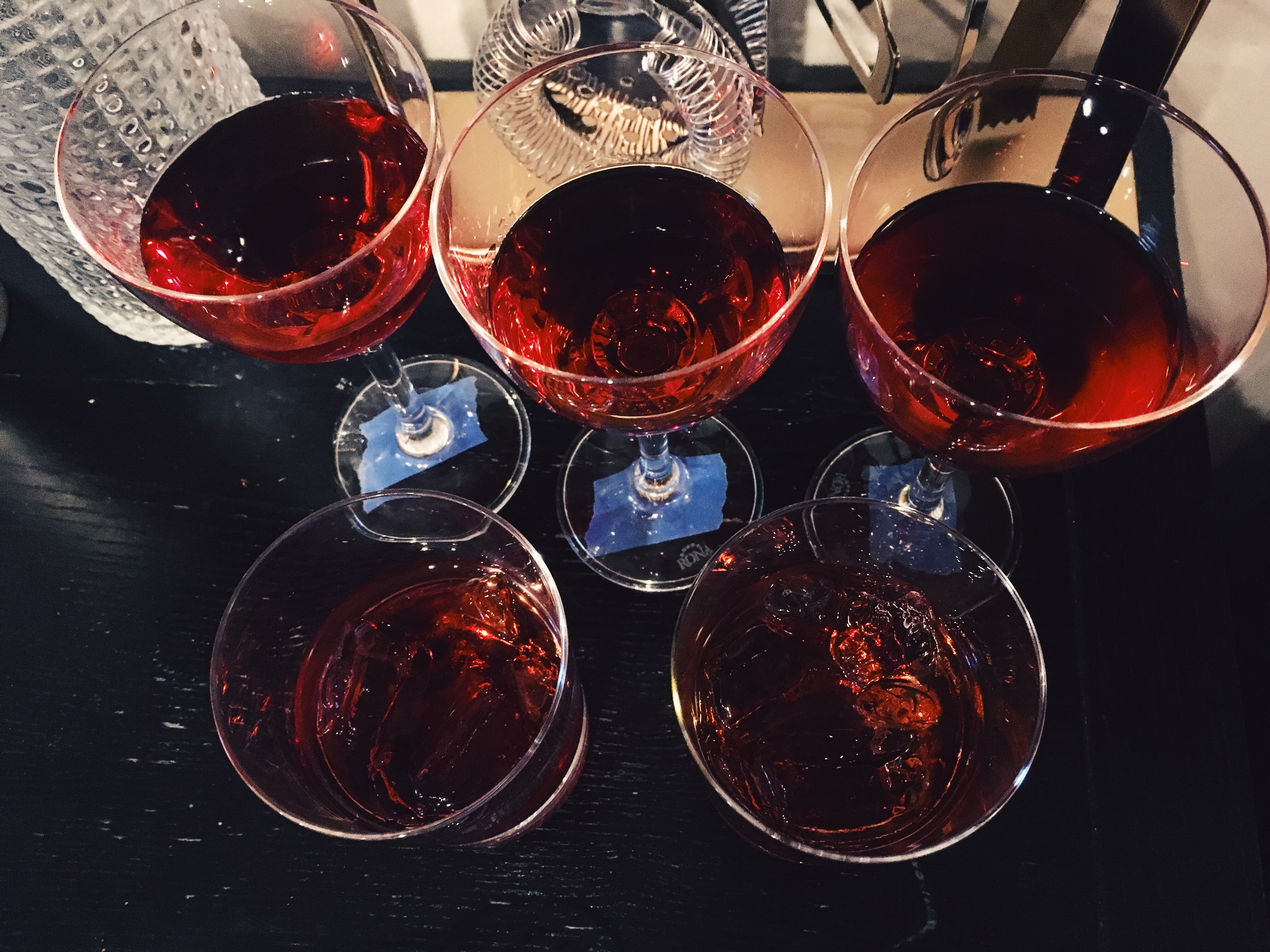 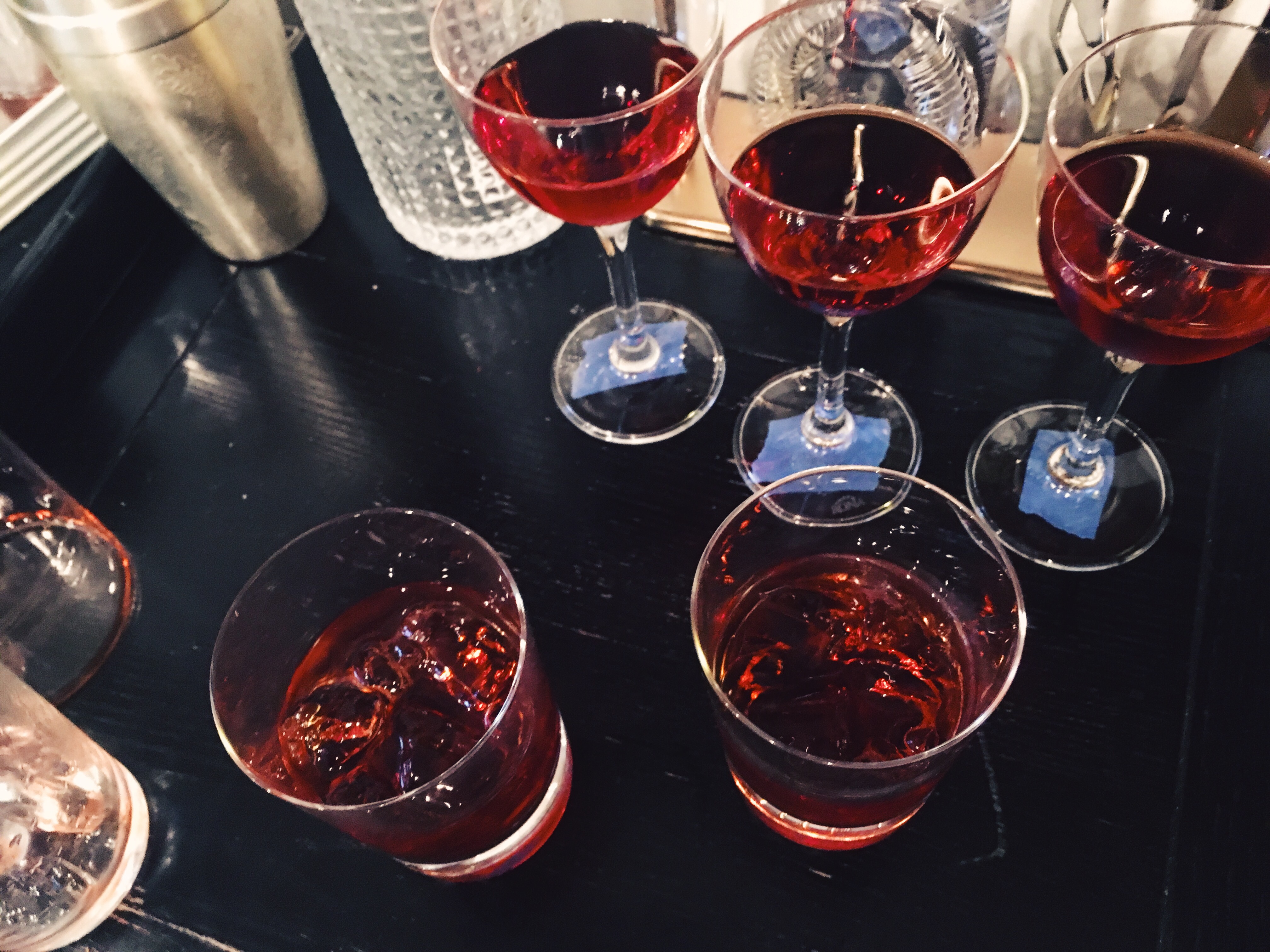 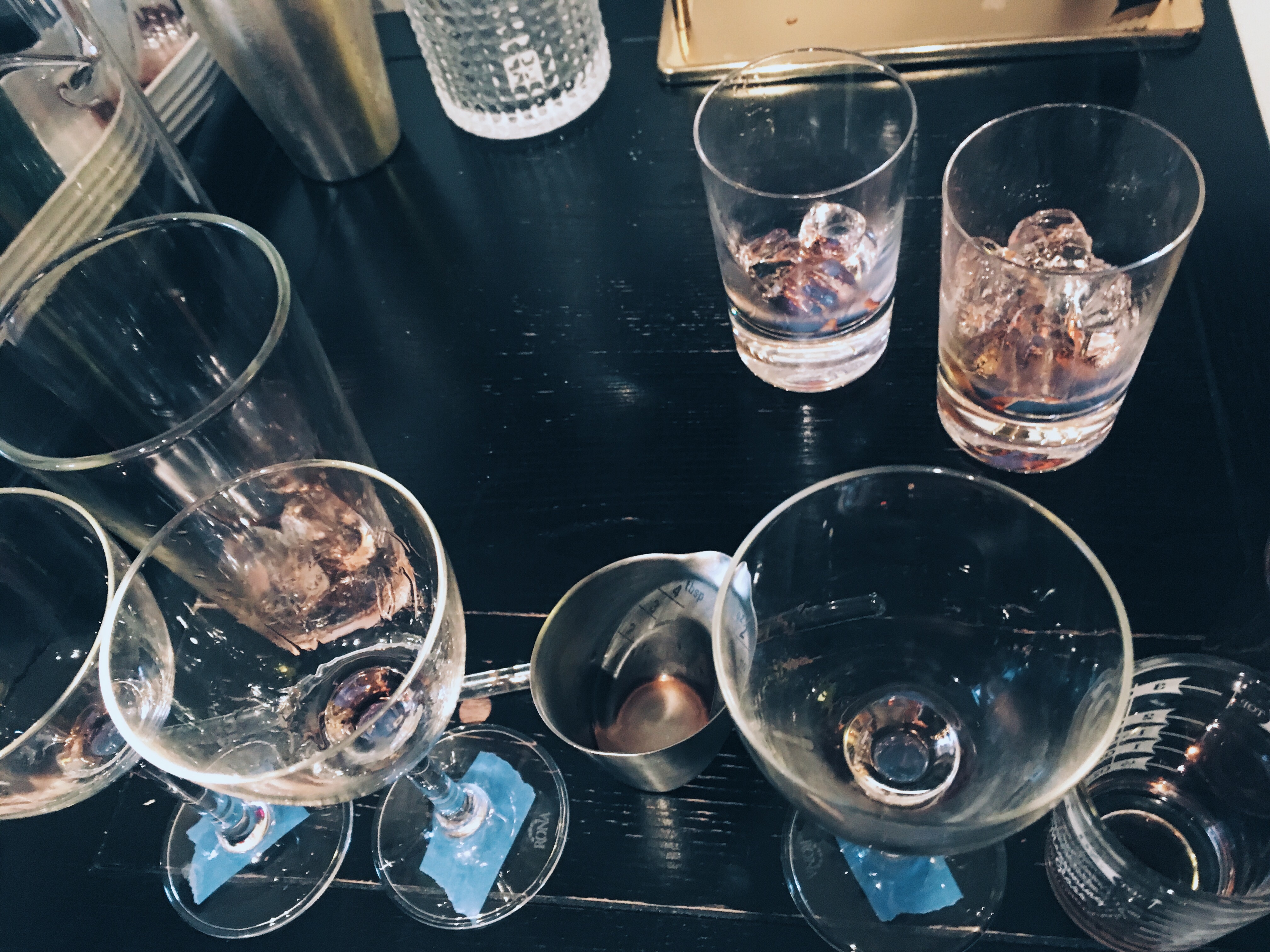