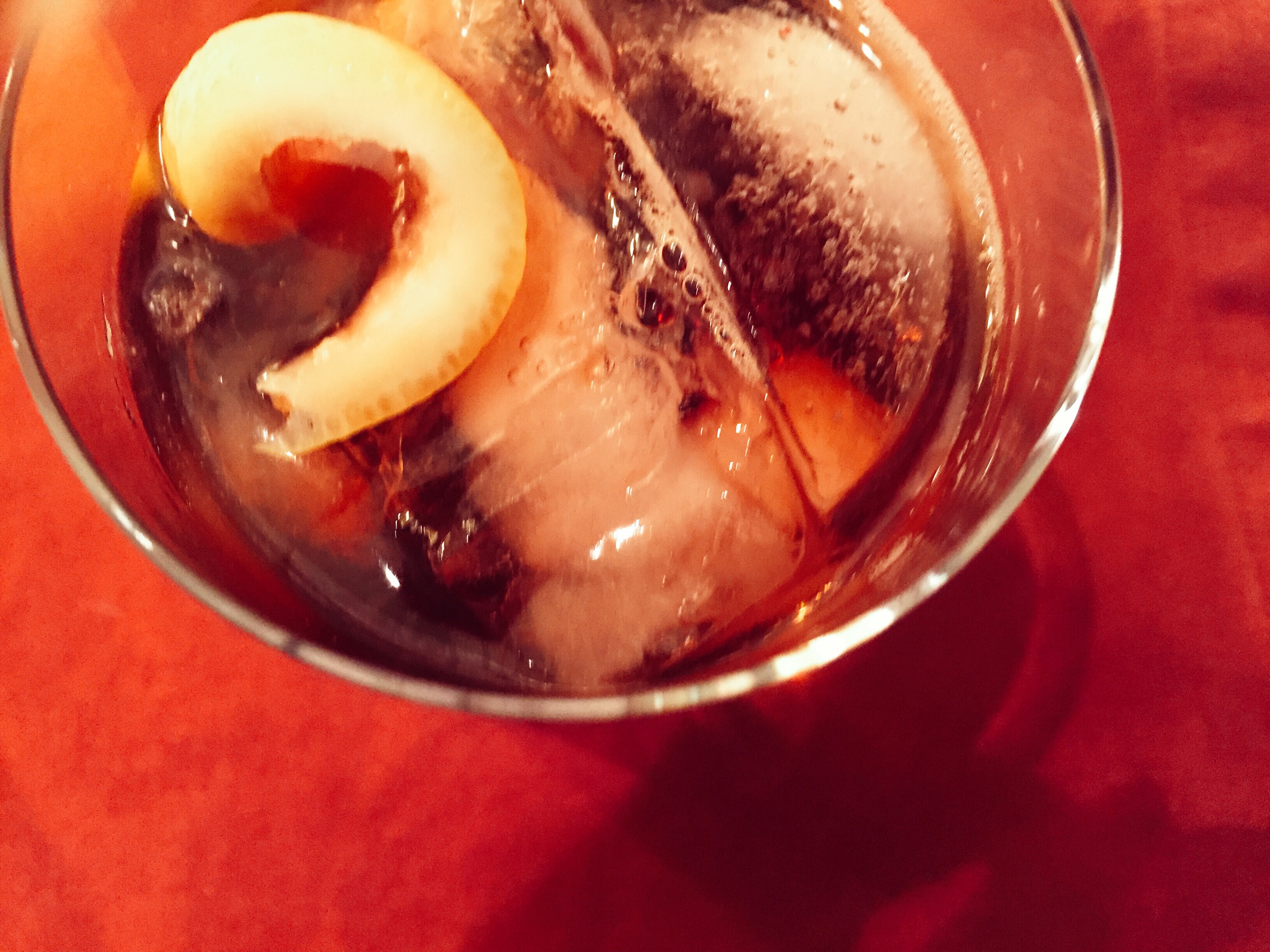 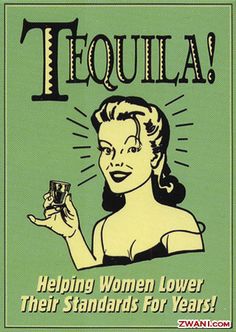 Each of the two of them deserves their own day (at the very, very least), but, honestly, one of them is quite new to us; we have little to say, but it’s our own fault not the spirit’s. And we felt like making Spirits Week last a week and a day would be a little untidy. So, we’ll give each of them a glancing blow.

Tequila is made in Mexico from the agave plant. You’re probably familiar with its unique, spicy flavor, if only from too many shots at a college party. In fact, from the face half of you make when we offer you a tequila drink, that college party is all too memorable. It’s a pity, because a margarita made from scratch with fresh ingredients and a fine tequila is an excellent cocktail.

Also known as white or blanco. This is un-aged tequila, considered a little harsh for sipping but used most frequently in mixing.

Reposado means, ‘rested.’ It hasn’t been aged, just given a little time to rest (more than two months, less than a year) before bottling. It has a golden color, and a mellower flavor than silvers.

Anejos have been aged for more than a year. Their age produces a deep character. Like with single malt Scotches, you want to save your anejos for sipping, rather than mixing them in a cocktail.

If you buy only one bottle, make it a decent silver. Your key phrase here is ‘100% blue agave.’ The ‘blue’ part is important; it’s also sometimes known as ‘Weber Blue.’ That means that it’s made completely with the proper kind of agave, and hasn’t been diluted with cheaper alcohol, of the agave or non-agave variety. For the best value, we’ve found it’s been helpful for us to stay off the beaten path. If the name is super familiar, it may be because they’ve been putting their money into advertising rather than tequila making. We like El Jimador best.

If you find you want more, add a reposado to the mix. The two varieties tend to shine best in different cocktails.

By the way, tequilas are perhaps the spirits in which the particular character of the specific tequila is discernible even when mixed. We’ve found that a very enjoyable way to taste a tequila’s unique character is in an old fashioned. In fact, if you’re a spirit-first cocktail drinker, the old fashioned is a great drink for you. You can use it with any of the spirits (Really! We were skeptical it would work with gin or vodka; so we tried it. The gin was quite tasty. The vodka did what vodka does: gave us a great way to really taste the subtleties of the bitters we used).  The best thing about an old fashioned is that you can walk into a bar, spot a bottle of spirits you recognize and like, say, ‘Make me an old fashioned with that,’ and know for certain you’ll have a drink you like.

Brandy is the spirit we’re just getting to know. But what we know, we like.

Like wine, while brandy can be made with other fruits, it’s most typically made with grapes. If another fruit is used, it’s usually qualified, for example plum brandy; if you see the word brandy alone, it means one made from grapes. Brandy differs from wine in that it’s distilled, whereas wine goes straight from fermentation to aging.

Brandies are made all over the world. Local varieties are fiercely loved by their partisans, and are sometimes quite decent. But the pinnacle of the brandy world is widely agreed to be France, particularly the regions of Armagnac and Cognac. Brandies from those regions go simply by their regions. We just call Champagne ‘Champagne,’ and not, ‘Champagne sparkling wine.’ Likewise, Cognac just goes by ‘Cognac.’

Brandy is the only base spirit to be distilled from a fruit, and you can tell. It has a well-rounded, fruity taste and texture; that fruitiness is deepened by aging, and given a kick from the alcohol content.

We’ve been enjoying replacing whiskey with brandy in lots of our drinks recently: old fashioneds, Manhattans, Sazeracs. It’s just as subtle, but a little easier to drink. We’re not saying we’d permanently replace whiskey with brandy, but it’s a nice change of pace.

If you’re only going to buy just one bottle, make it a VSOP Cognac. Both parts are important. Confusingly, different brandies around the world use similar terminology to describe different standards. A VSOP American brandy is not the same as a VSOP Cognac. Word of warning: whereas you can find quite good rums or tequilas quite cheaply, you’ll have to pay a premium for your fine cognac.

If you can’t stop at just one, we can’t help you yet. But when you figure it out, let us know. 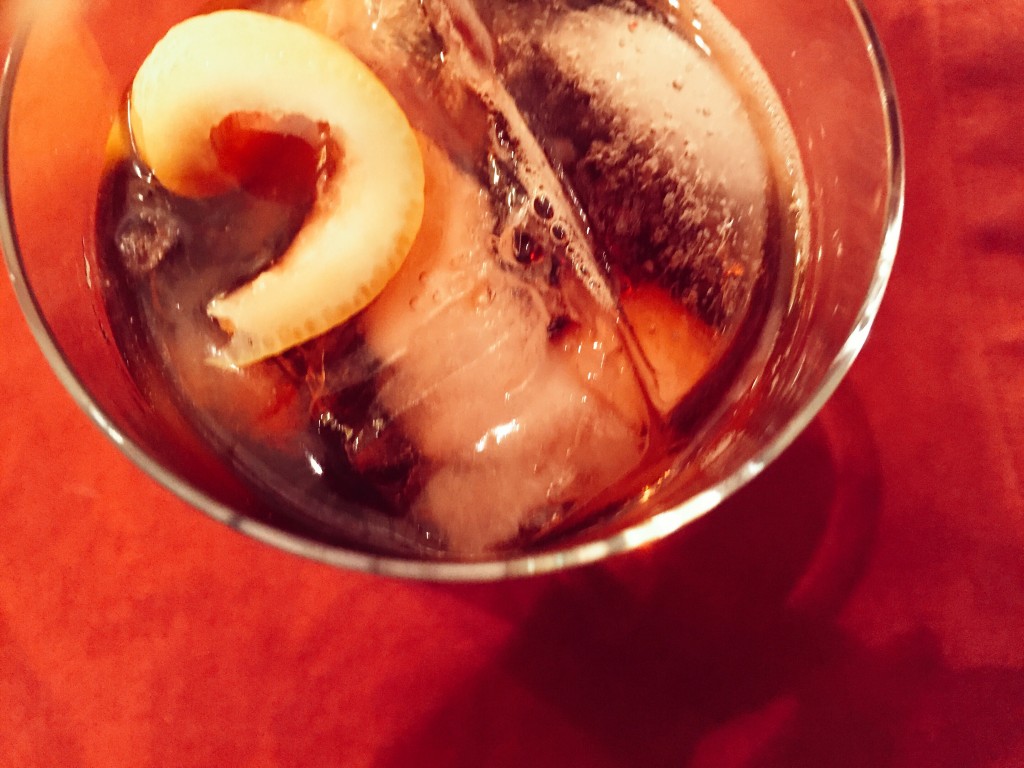 What to Make with Brandy: Vieux Carre Cocktail Recipe

This classic New Orleans cocktail is unusual in that it calls for two base spirits (and two kinds of bitters too, for that matter). Maybe we’re drawn to it because it splits the difference between a whiskey drink and the brandy drinks we’ve been making from whiskey recipes recently. 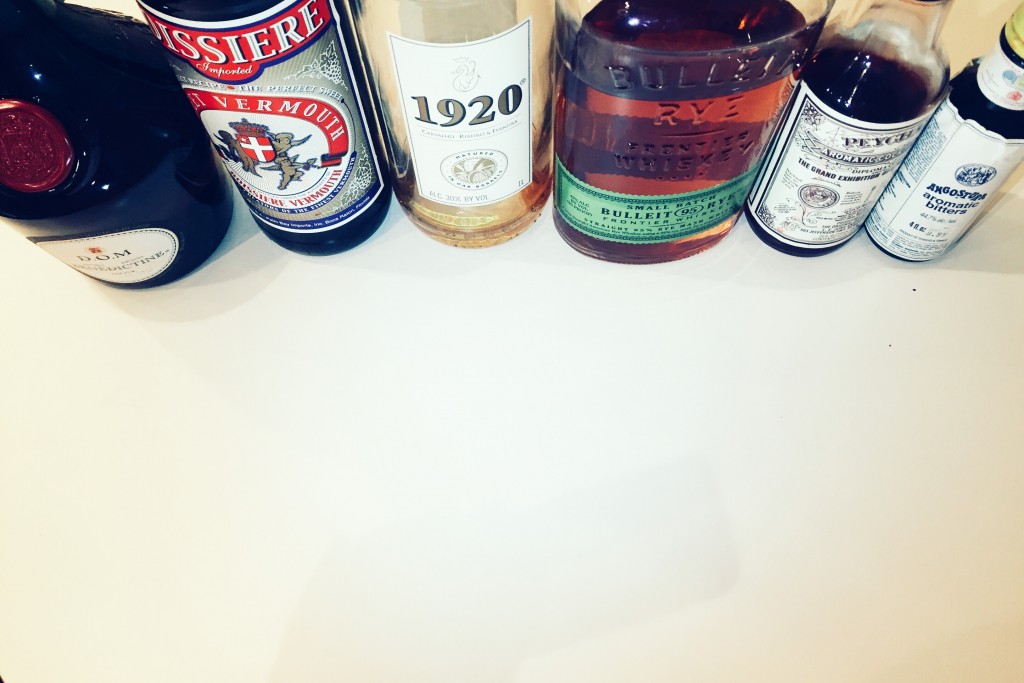 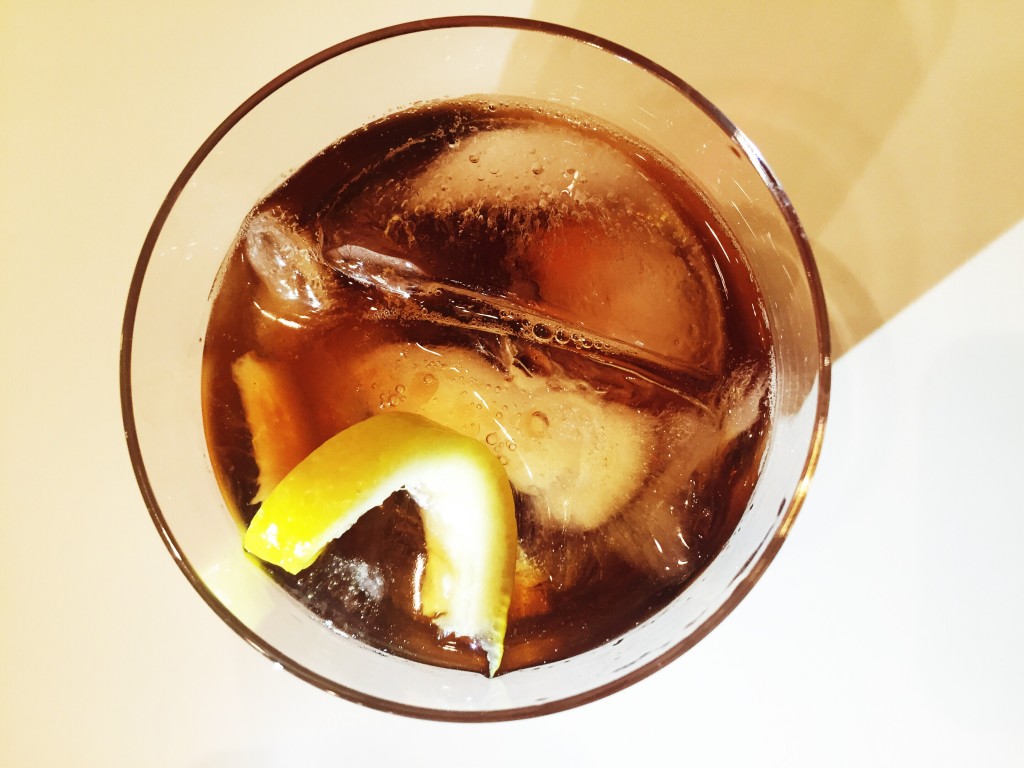 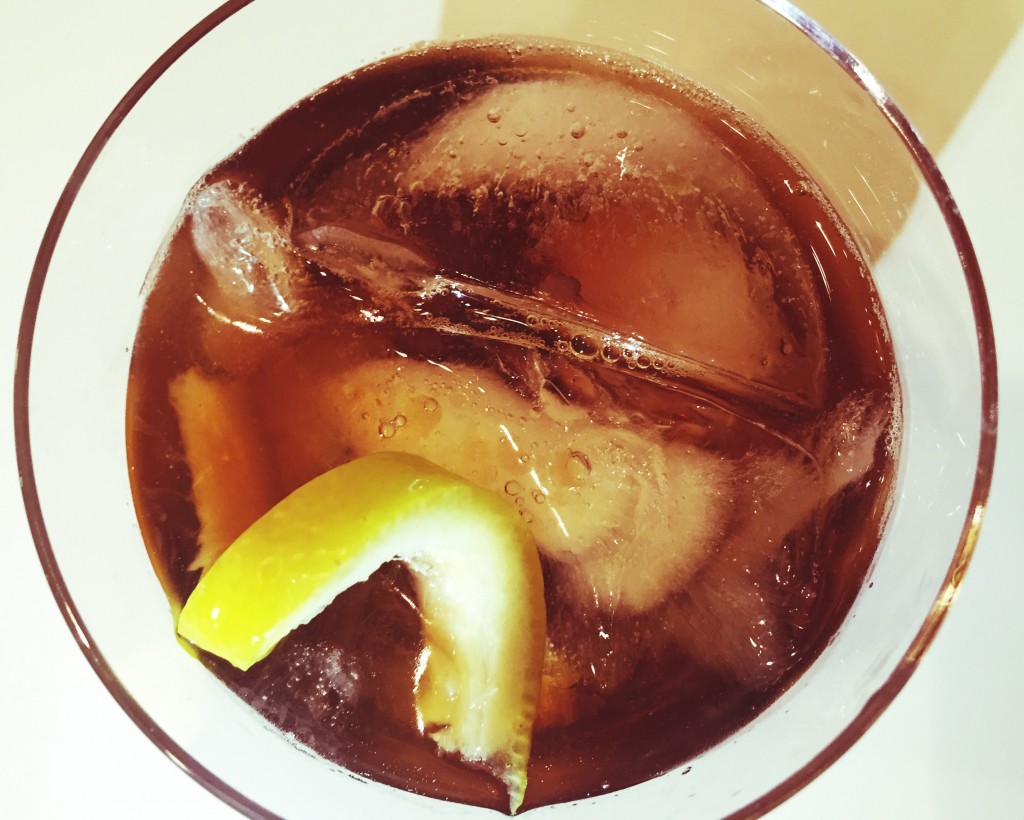 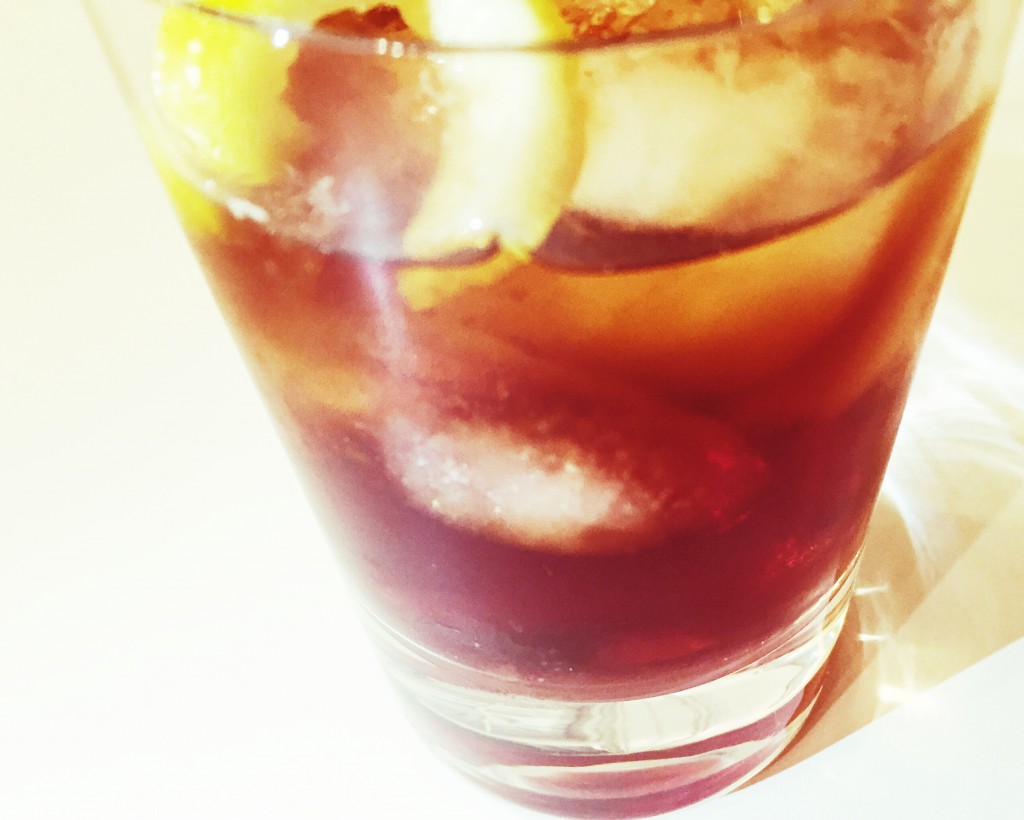