We’ve spent our week tasting bottles sent to us by our new friends at Fasel Shenstone, and comparing them to similar old favorites. We have to say that Fasel Shenstone has done quite well; the worst they’ve done in any round is a draw.

Today is a little different. Our other three tastings have been vermouths, two of which have been traditional ones from Spanish houses. Today, we have a modern, Italian, liqueur. Fasel Shenstone even had a hand in designing this one, spending three painstaking years collaborating with famous Italian bartender Giancarlo Mancino. Though it’s technically a modern project, their main effort was to re-engineer liqueur making back to a 19th century method.

In this project, they chose one of the most popular liqueur variants, the orange peel liqueur. Leith Shenstone tells us that they were trying to place themselves on the rather wide gap between the bracingly bitter Campari and its softer, sweeter sister Aperol. I think they’re being modest. They may very well have discovered the grand unification of orange peel liqueurs. Both Aperol and Campari are lovely, in a cocktail or with soda. You need something to break up Aperol’s slightly cloying syrupy quality, and to dilute Campari’s aggressive-from-the-get-go bitterness. Rinomato doesn’t need soda; just a little ice will do. It has Campari’s clarity, and Aperol’s gentle sweetness, followed by an ever-growing bitter finish that also gives you the chance to keep up. Also, it’s gorgeous red color, while not entirely integral to the flavor, is brought about naturally, by a combination of  ‘beets, bloodroot, sumac berries, pomegranate, and some other flowers and stems.’

Rinomato is an orange peel liqueur made to be used as an aperitivo.  We’re still cocktail people, though; so we used ours in a highball that usually calls for curacao, and it was dreamy. ‘Dreamsicly’ might be more accurate. It was like a heavenly, adult, alcoholic version of the Dreamsicle, with full, delicious orange and vanilla flavor. We highly recommend it. 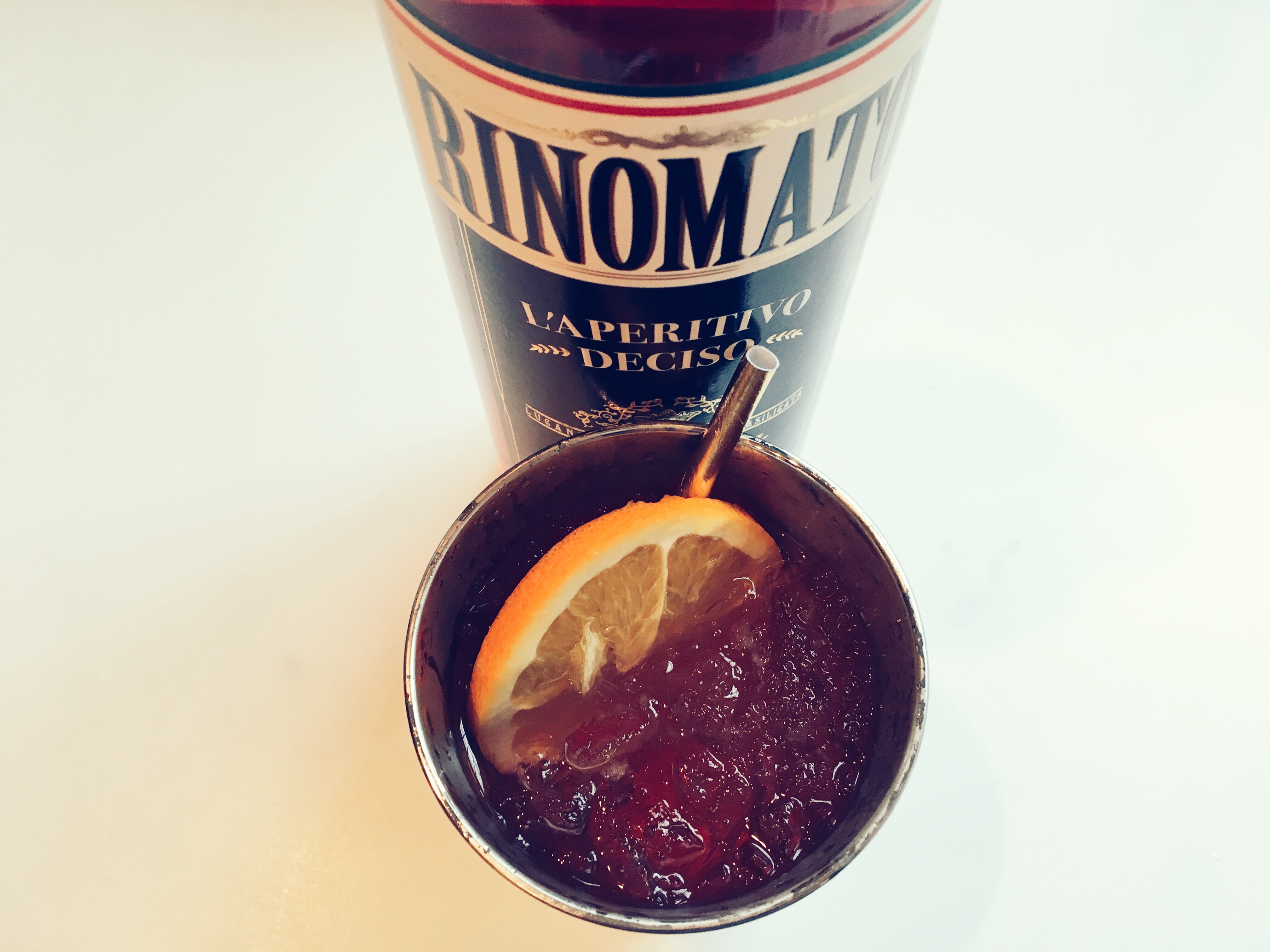 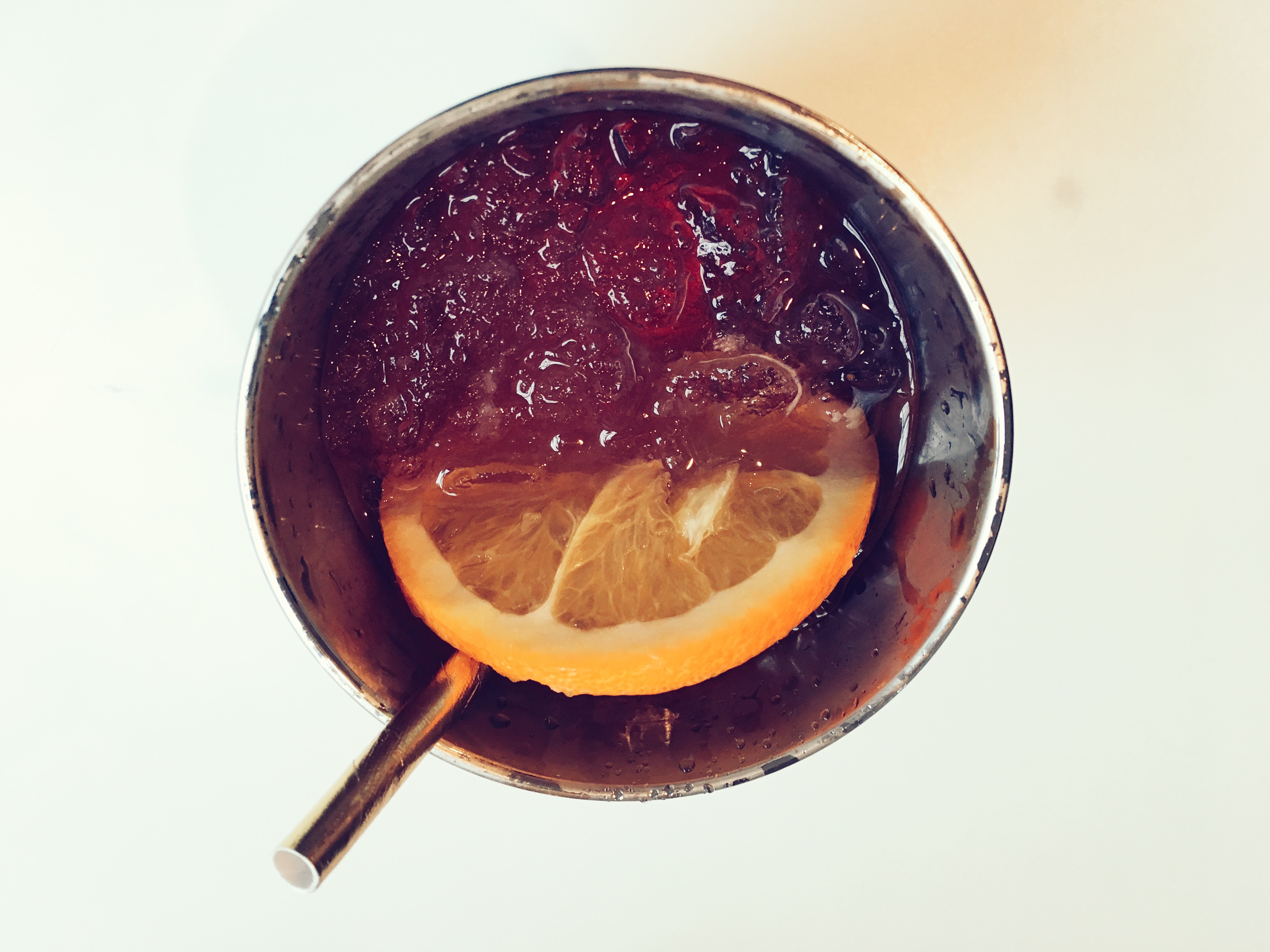 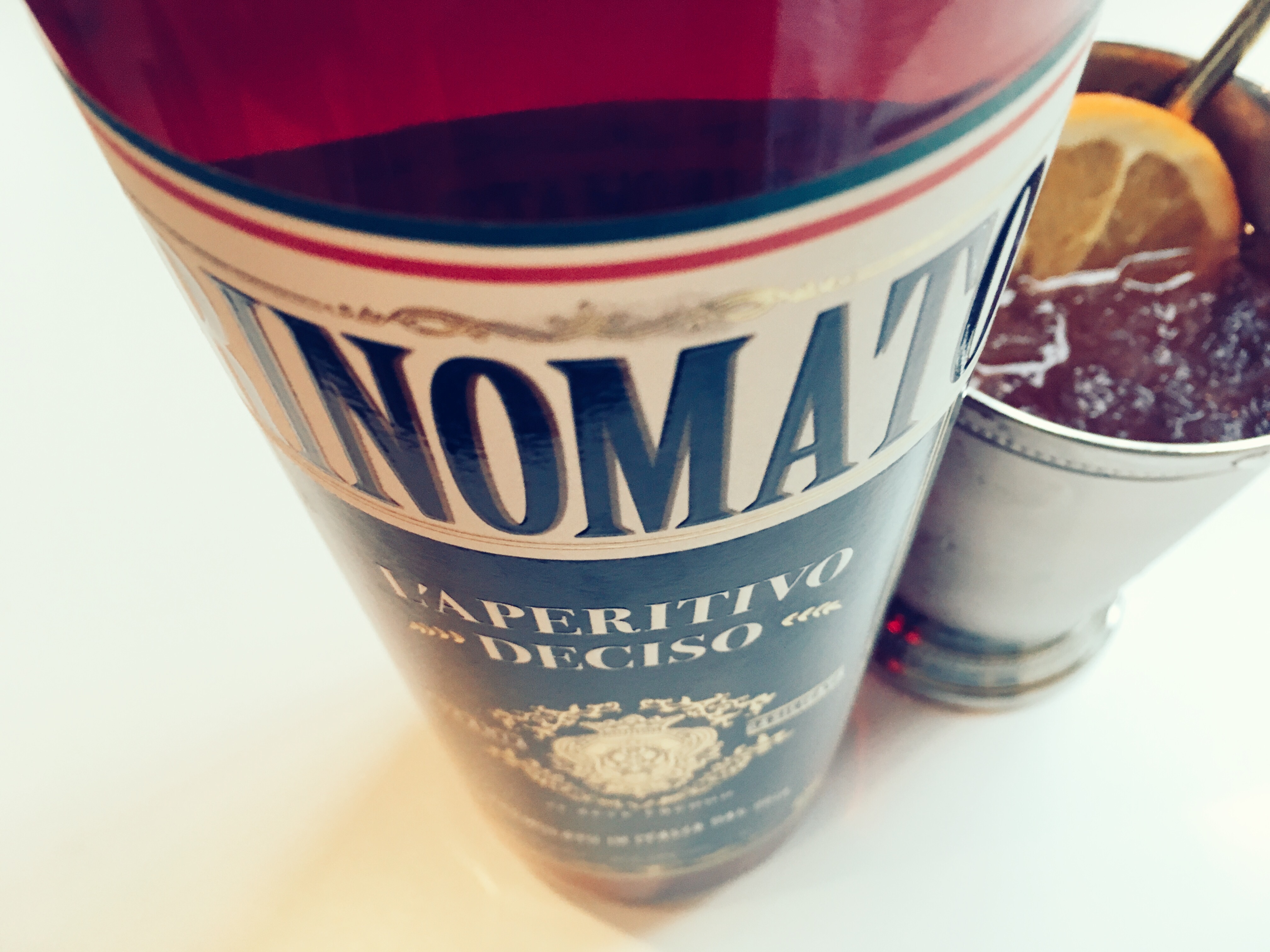 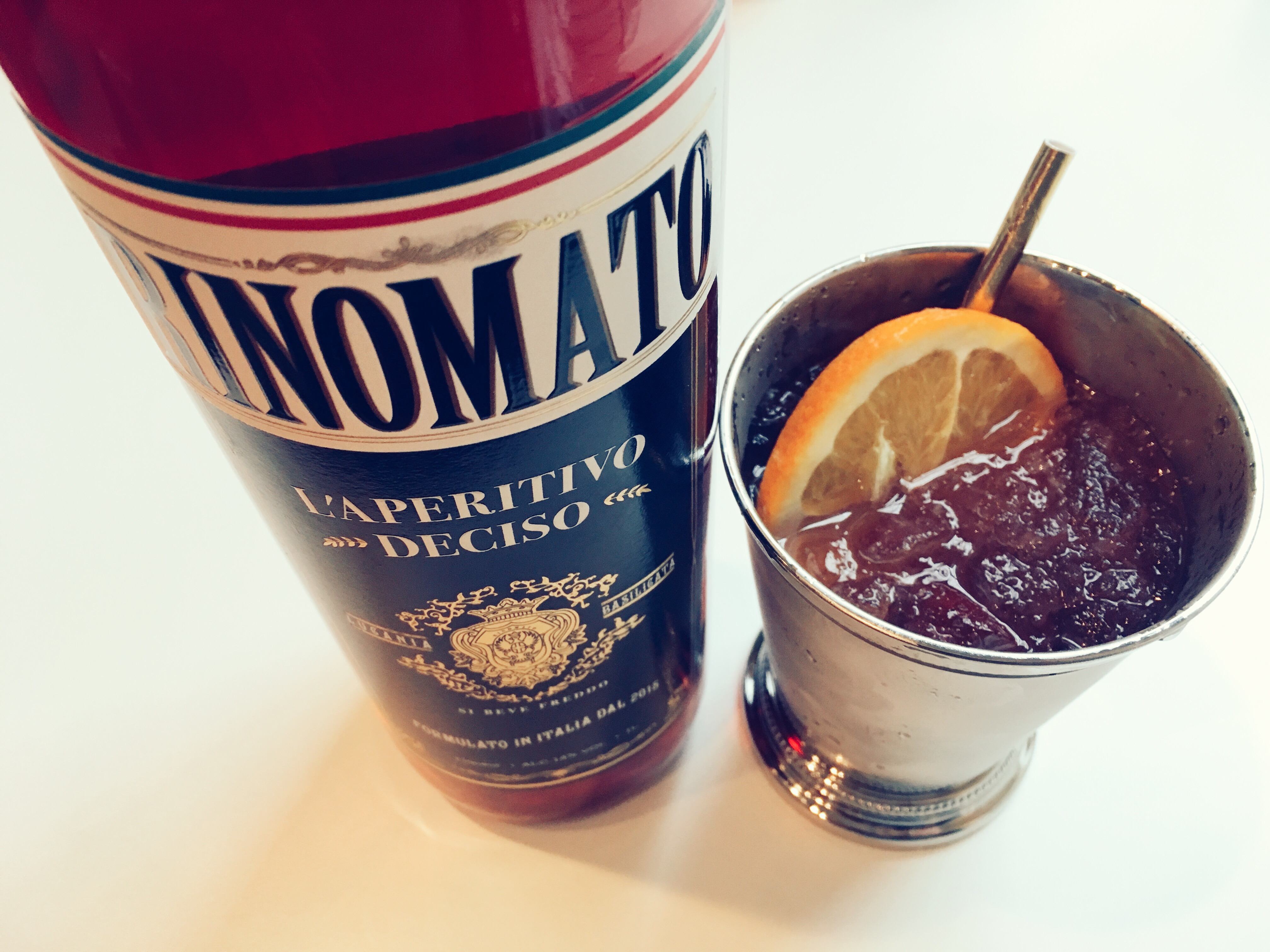 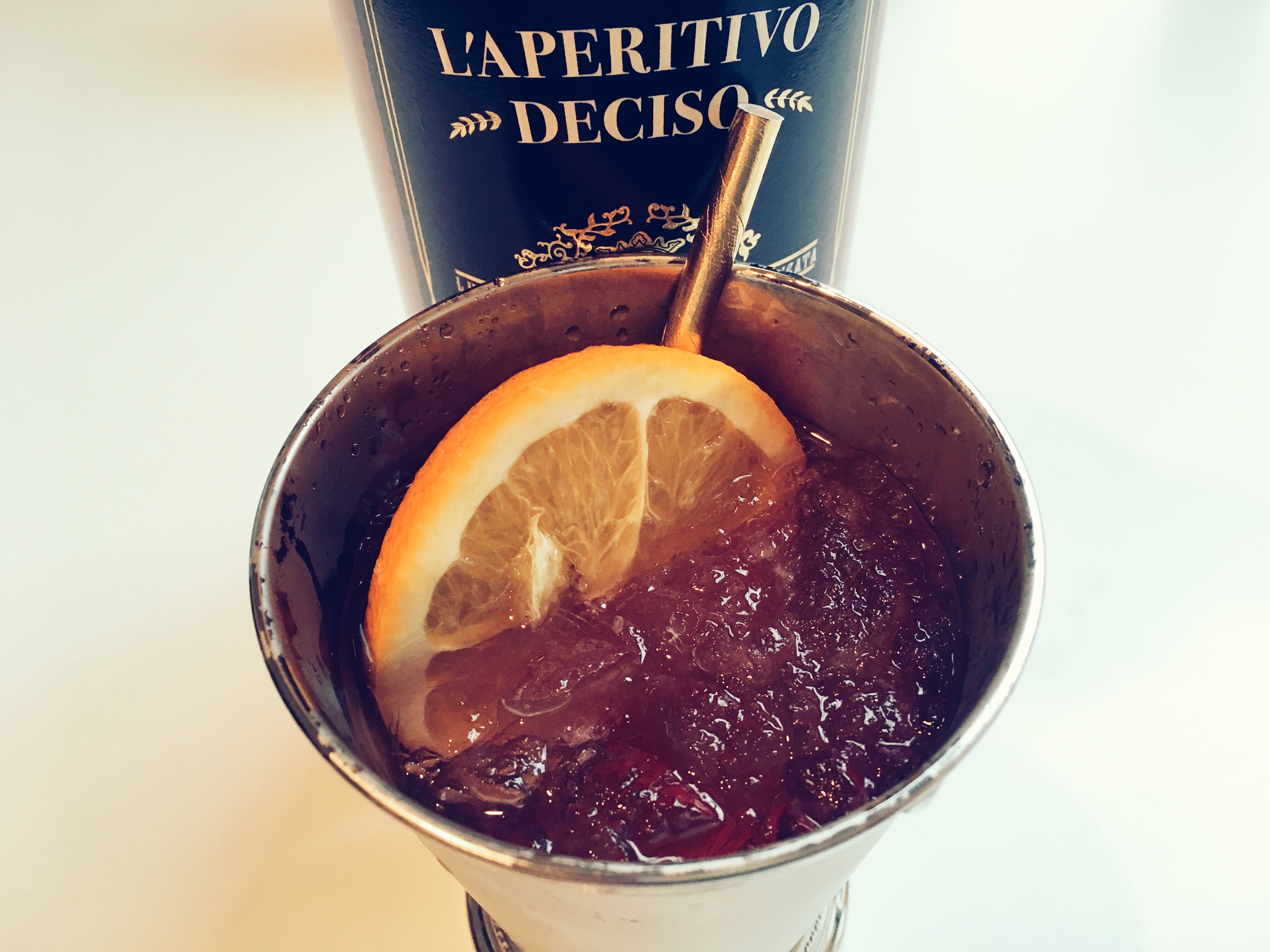 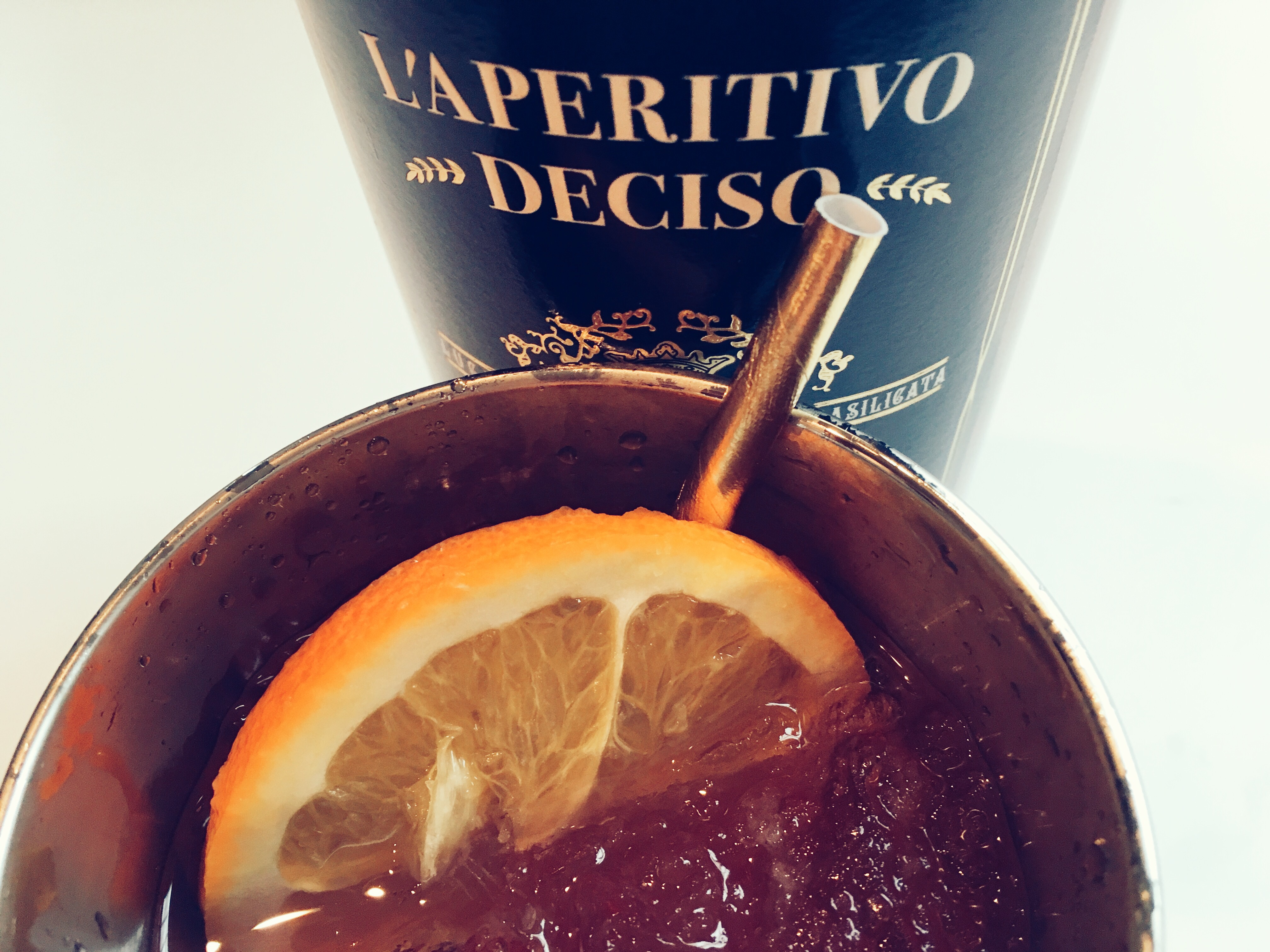 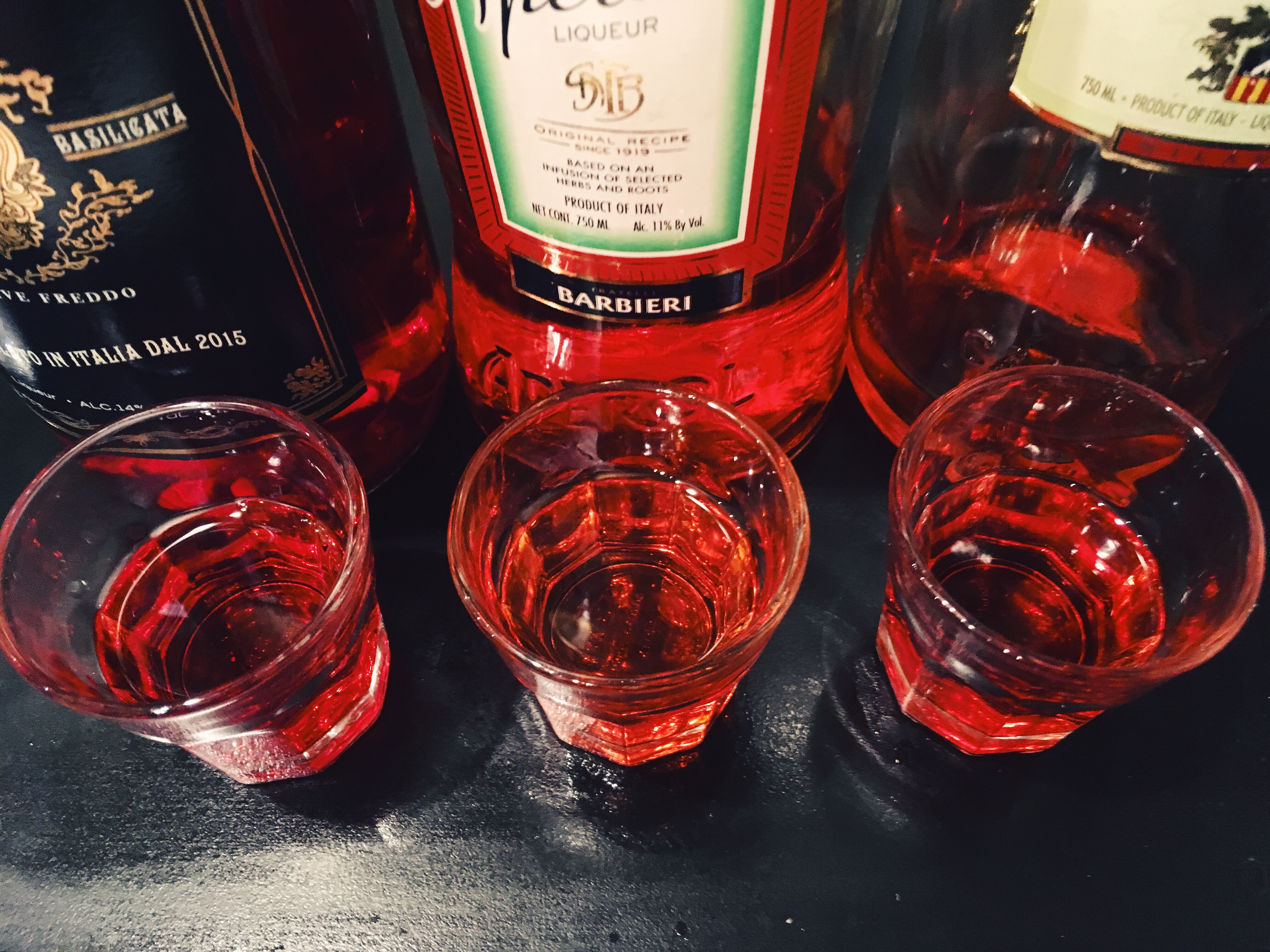 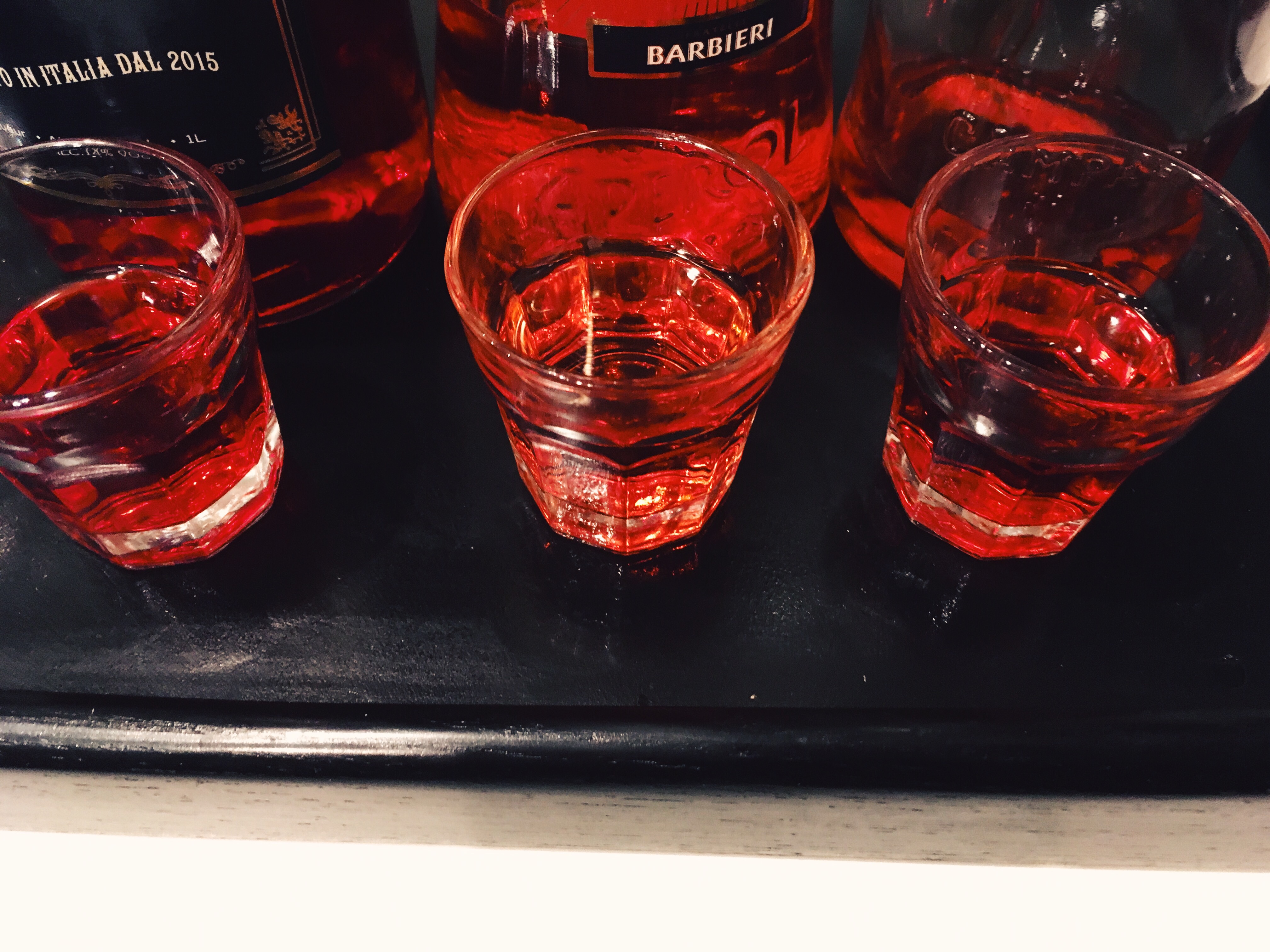 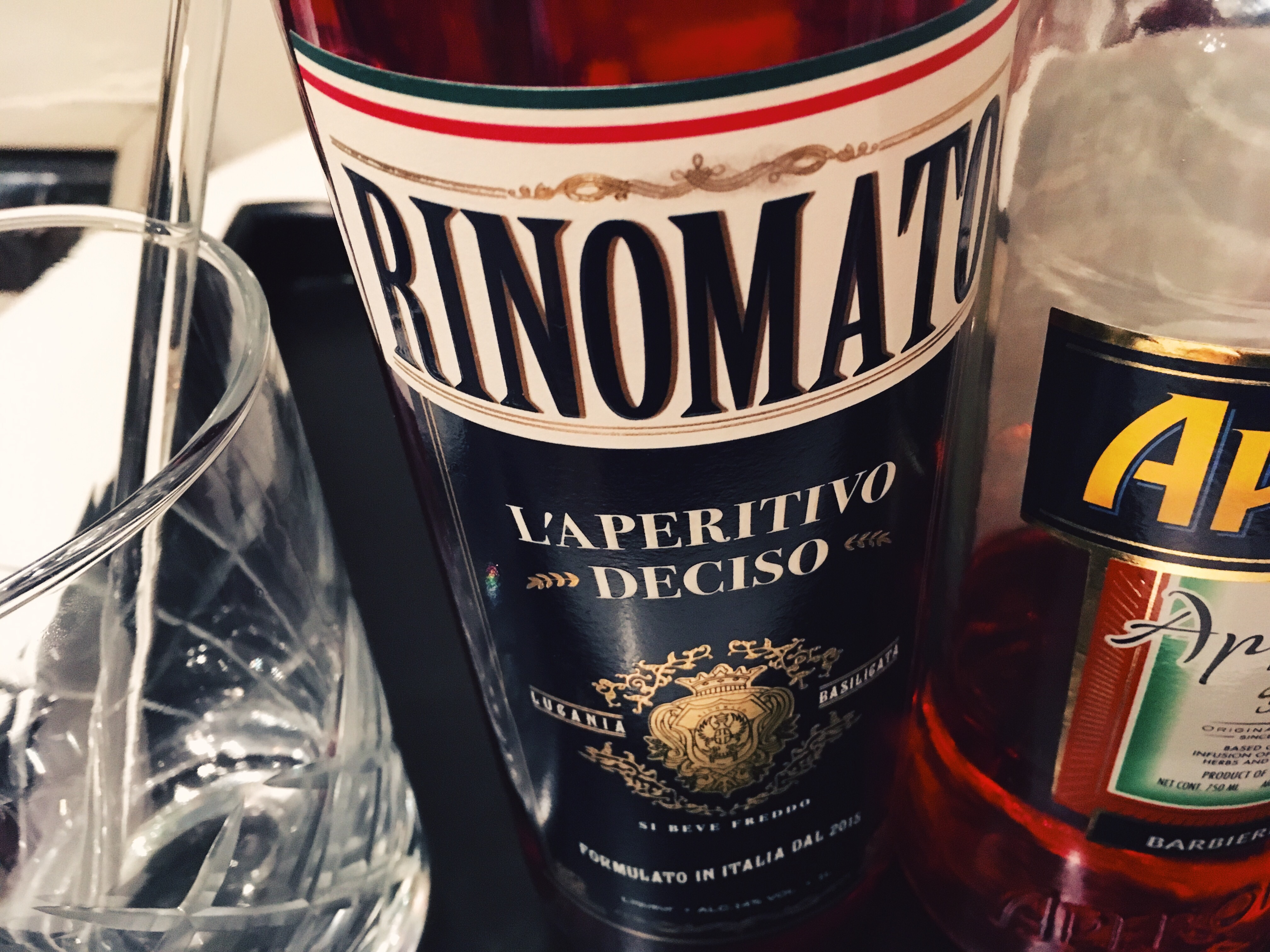 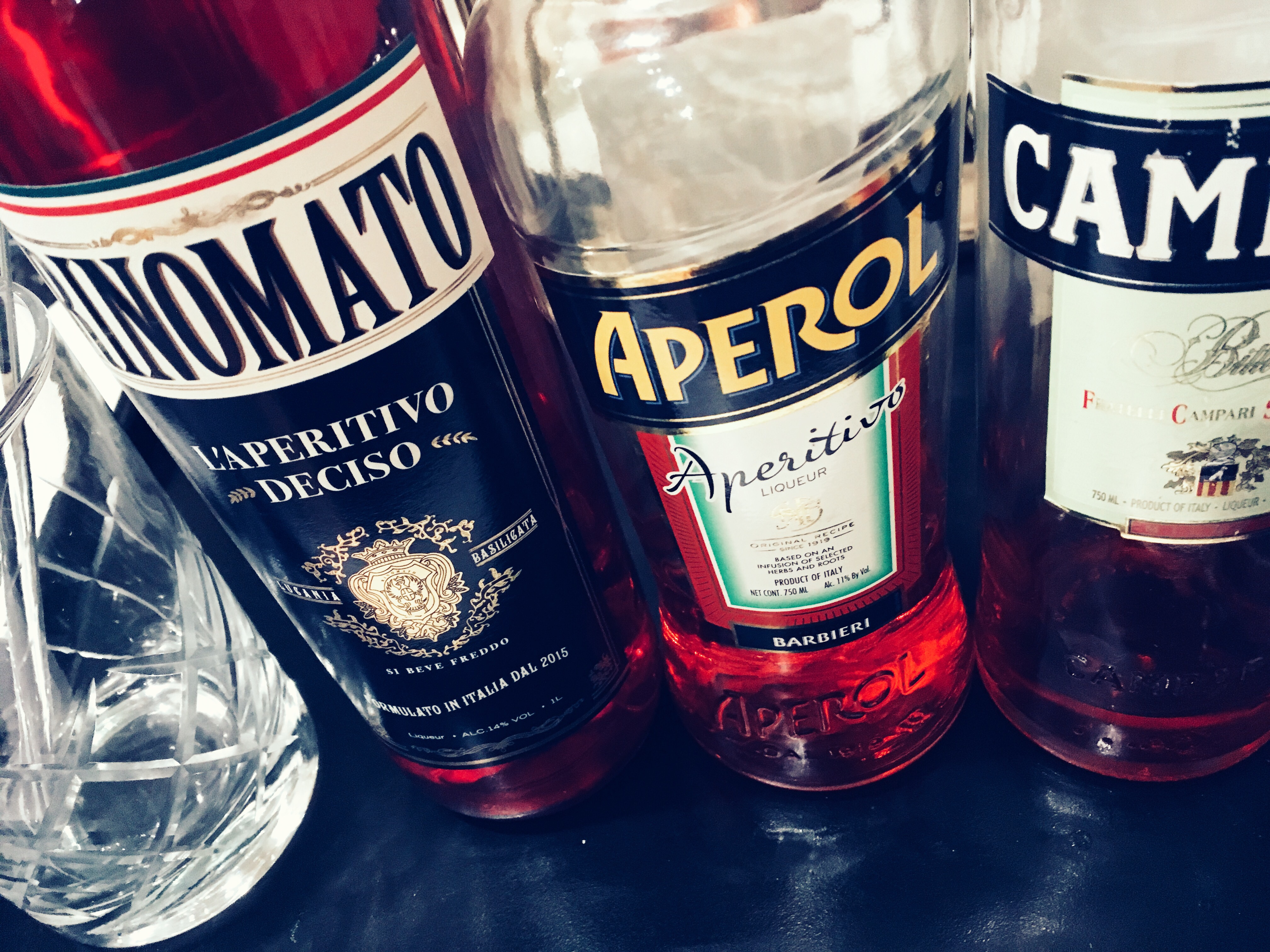