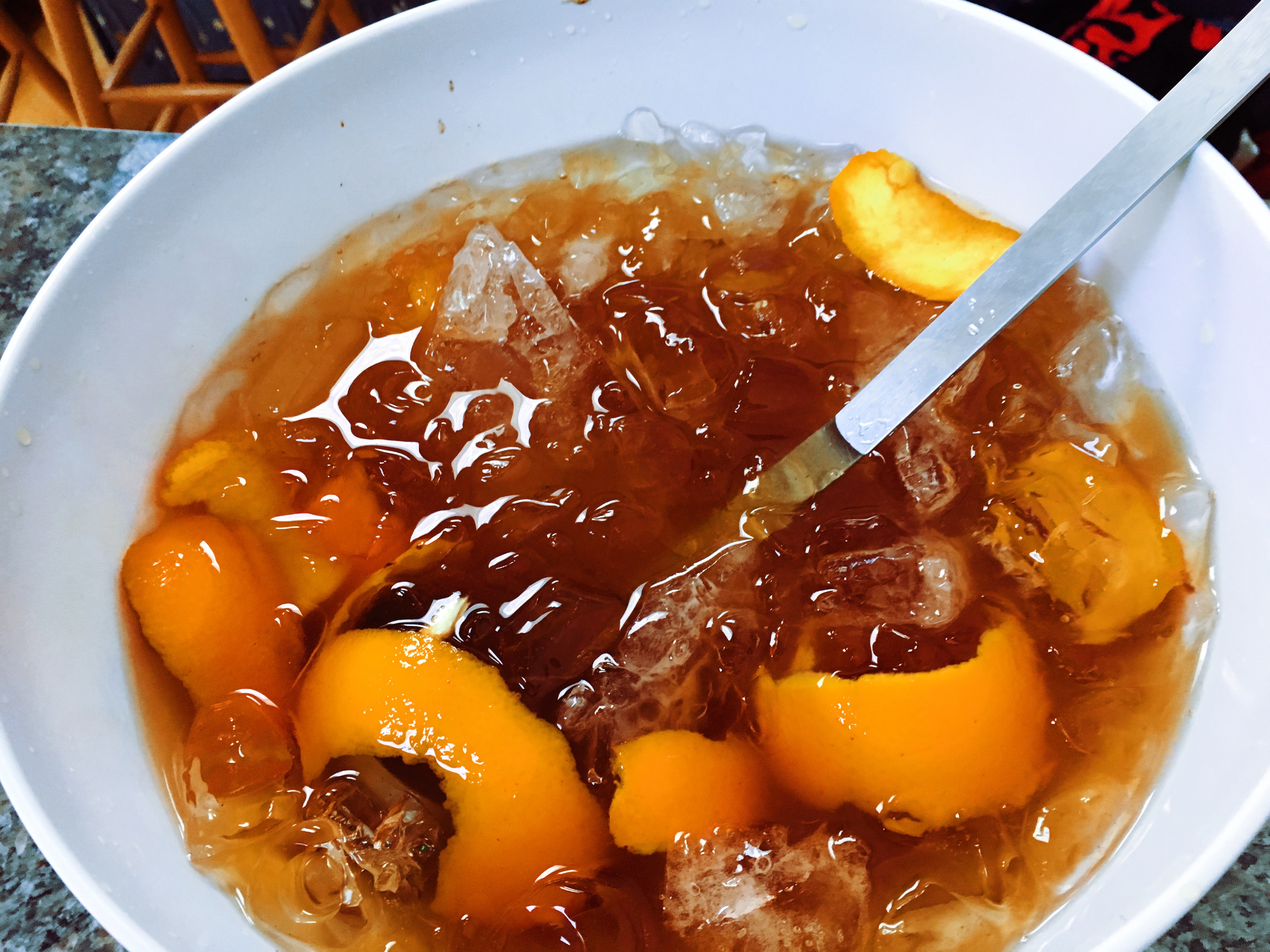 This week, we’re familiarizing ourselves with the cocktail’s predecessor, punch. We’re not talking about the jungle juice served from a trash can to a solo cup at your first college party, but a mellow blend of spirit, citrus, spice, and sugar that ruled the drinking world of the 18th century. In our tour of punches, David Wondrich and his aptly named book Punch are our guides. If you want to know more about punch in general, check out our introductory post.

Today, we’re taking advantage of the basically opportunistic quality of punches. Sure, tried and true recipes are great; and you don’t get anything more tried and true than a recipe created a couple of hundred years ago. But what if you can’t get your hands on all of the ingredients? A punch must still be had. Wondrich quotes a 17th century punch maker recommending, ‘a little Vinegar or Verjuice or Limon Juice or Lime Juice, which of them you can get‘ [emphasis mine].  It’s important that a punch has something sour. It’s ideal for that sour to come from lemons. But if lemons aren’t available, but vinegar is, give that a try.

I tried a much less dramatic substitution than that in one of my first punch experiences. I wasn’t surprised that the substitution worked; I was surprised by just how much difference a small substitution made, while still making for a successful punch.

I made Billy Dawson’s punch on a weekend away with friends. It was my first time making punch for a group, and I wasn’t prepared for just how big a hit it would be. The next day, the group called for a second bowl, but we were out of lemons. We did, however, have plenty of oranges. If that’s not a case of ‘which of them you can get,’ I don’t know what is. The orange version of billy had a more velvety flavor than the original lemon. We added a little cinnamon along with the nutmeg. To switch things up, we served this one cold, while the original Billy was hot. It’s possible that it would have been even better if we’d done the original cold and the orange version warm, but both worked as we served them.

By the way, most punches can be served either hot or cold, with a couple of simple adjustments: 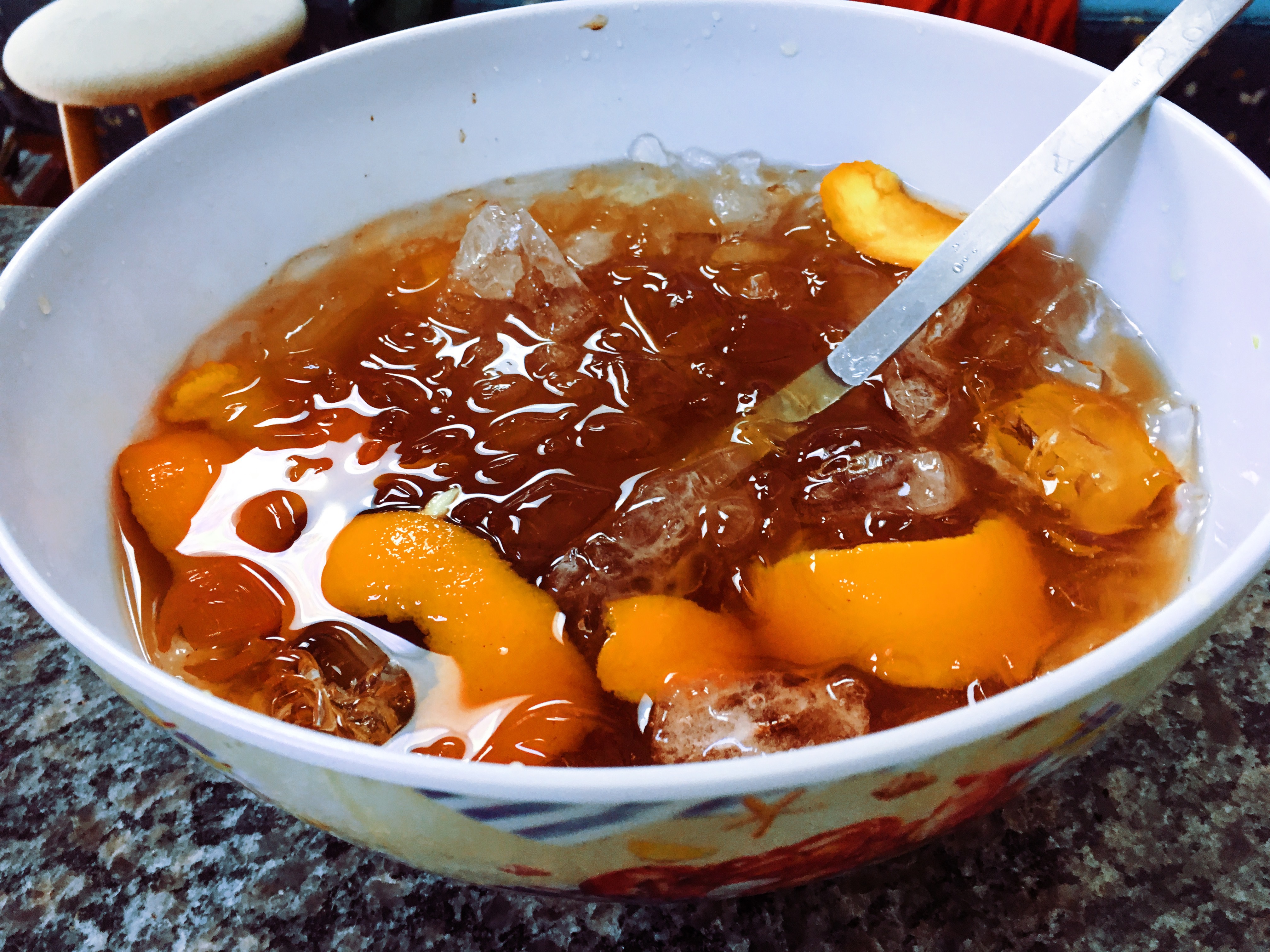