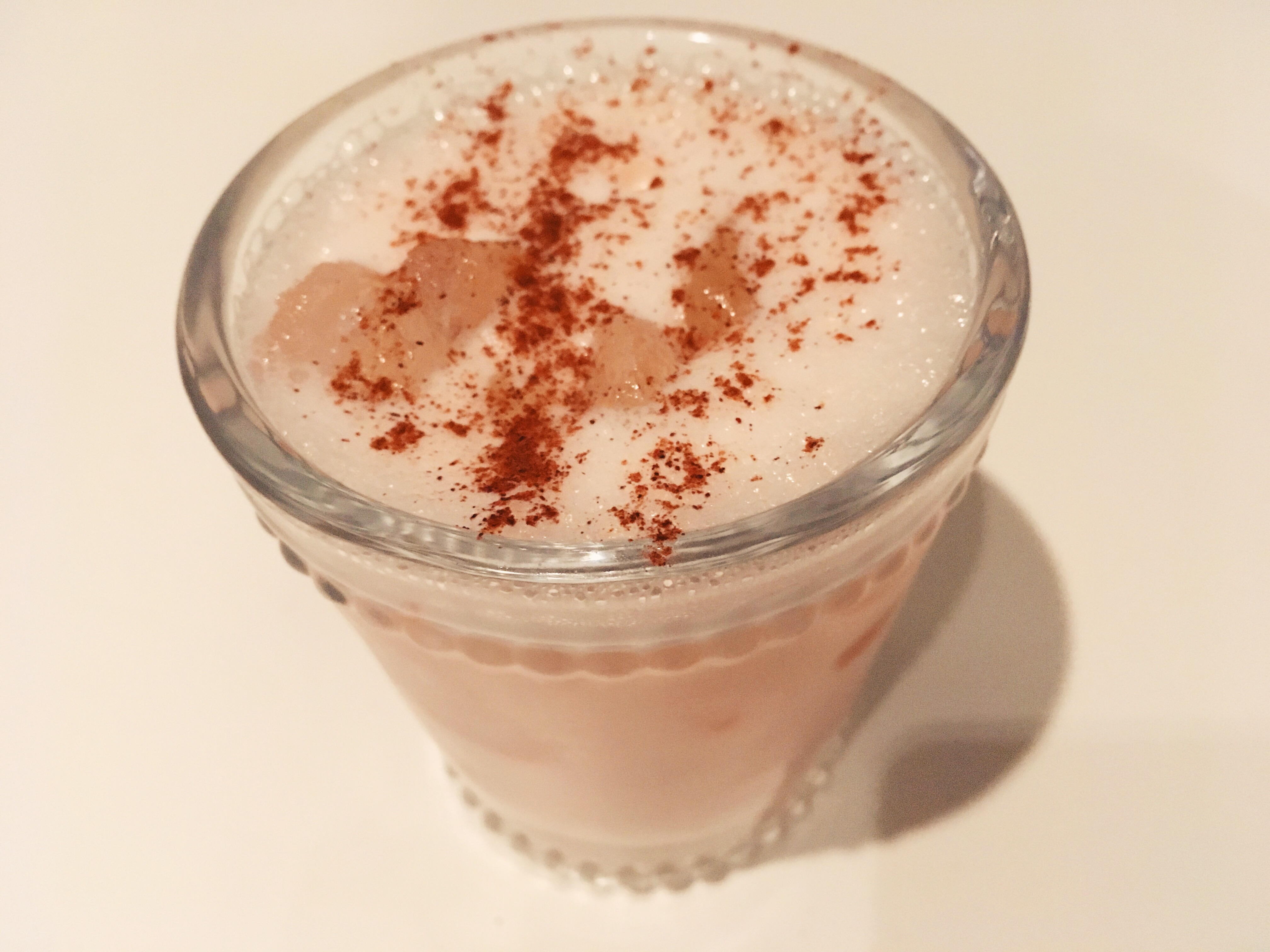 It’s time for the dessert of our fall cocktail menu. And what better dessert than pumpkin pie?

While we’re not above using canned pumpkin puree in our cocktails, for this year’s pumpkin pie cocktail, we wanted more of a pure, fresh pumpkin flavor and a lighter consistency. So, we turned to our old friend the infusion. When we visited barmini, the bartender gave us a taste of an amazing banana Bourbon that they make by simply throwing a peeled banana into a bottle of Bourbon and waiting a few days. We thought we’d try the same thing with fresh pumpkin and rum.

We found a small pie pumpkin, cut it into chunks, and put a few chunks in a sealed Mason jar with about 4 oz. of demerara rum, a cinnamon stick, and a few cloves. We did the same thing with vodka, as a sort of control; we thought that the neutral flavor of the vodka would help us discern just how much pumpkin flavor was being infused. 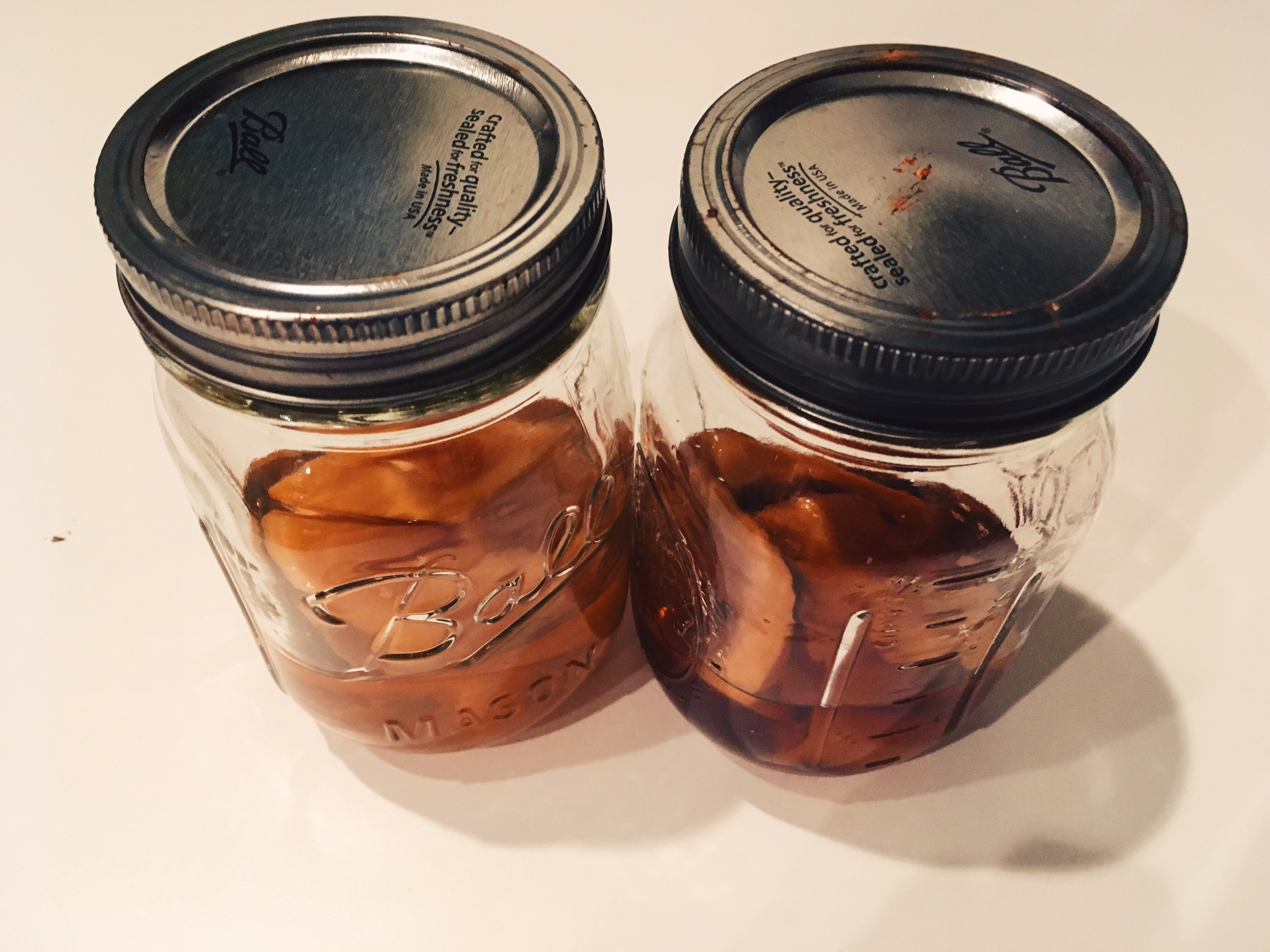 After one day, the spice notes of the cinnamon and cloves was coming out quite strongly, but the pumpkin was a more faint than we would want. So, we removed the spices but kept the pumpkin in for a couple more days.

It turned out great: a very nice, well-integrated pumpkin spice flavor. Often it feels like pumpkin is simply a delivery system for sugar and baking spices, but there was a discernibly squashy flavor to these spirits, particularly the vodka.

We put them to use in a variation on the White Russian. The rum picked up the spices a bit more strongly, whereas the vodka had a cleaner pumpkin taste. To get the right balance of pumpkin and spice, we blended the two. If you’re going to infuse just one for this recipe, we suggest the rum; the vodka might be a bit too light-bodied to carry the cream. 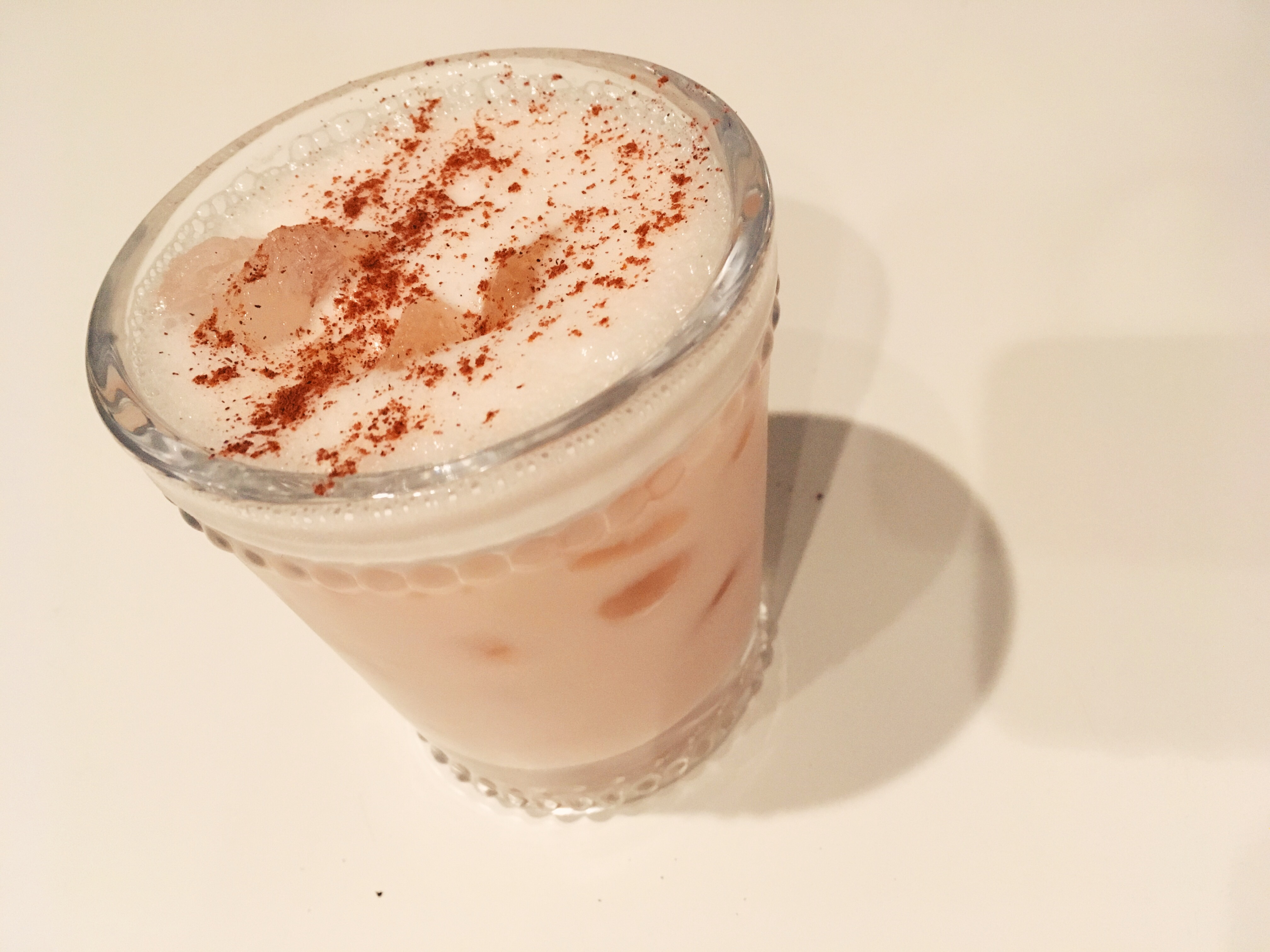 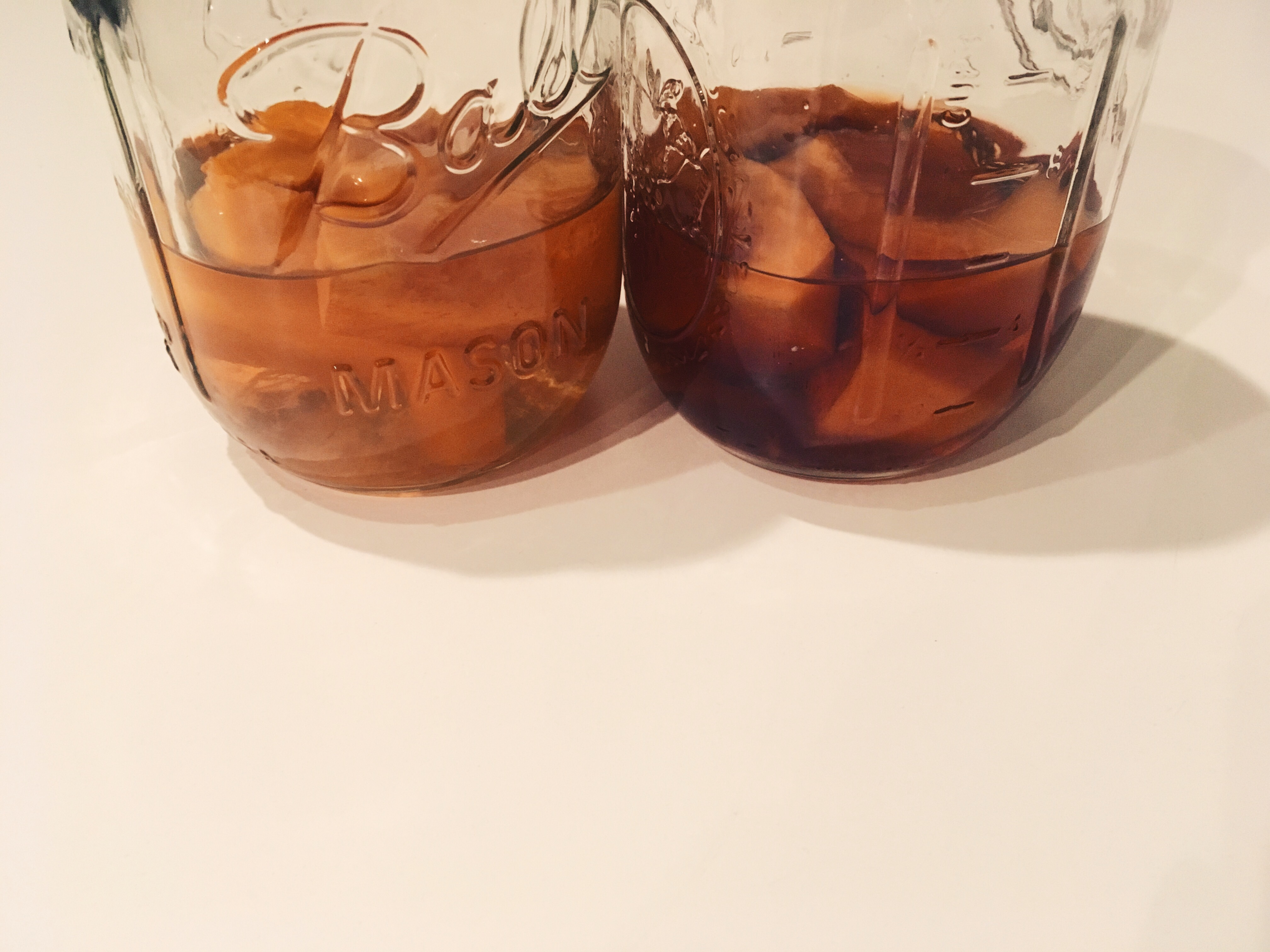 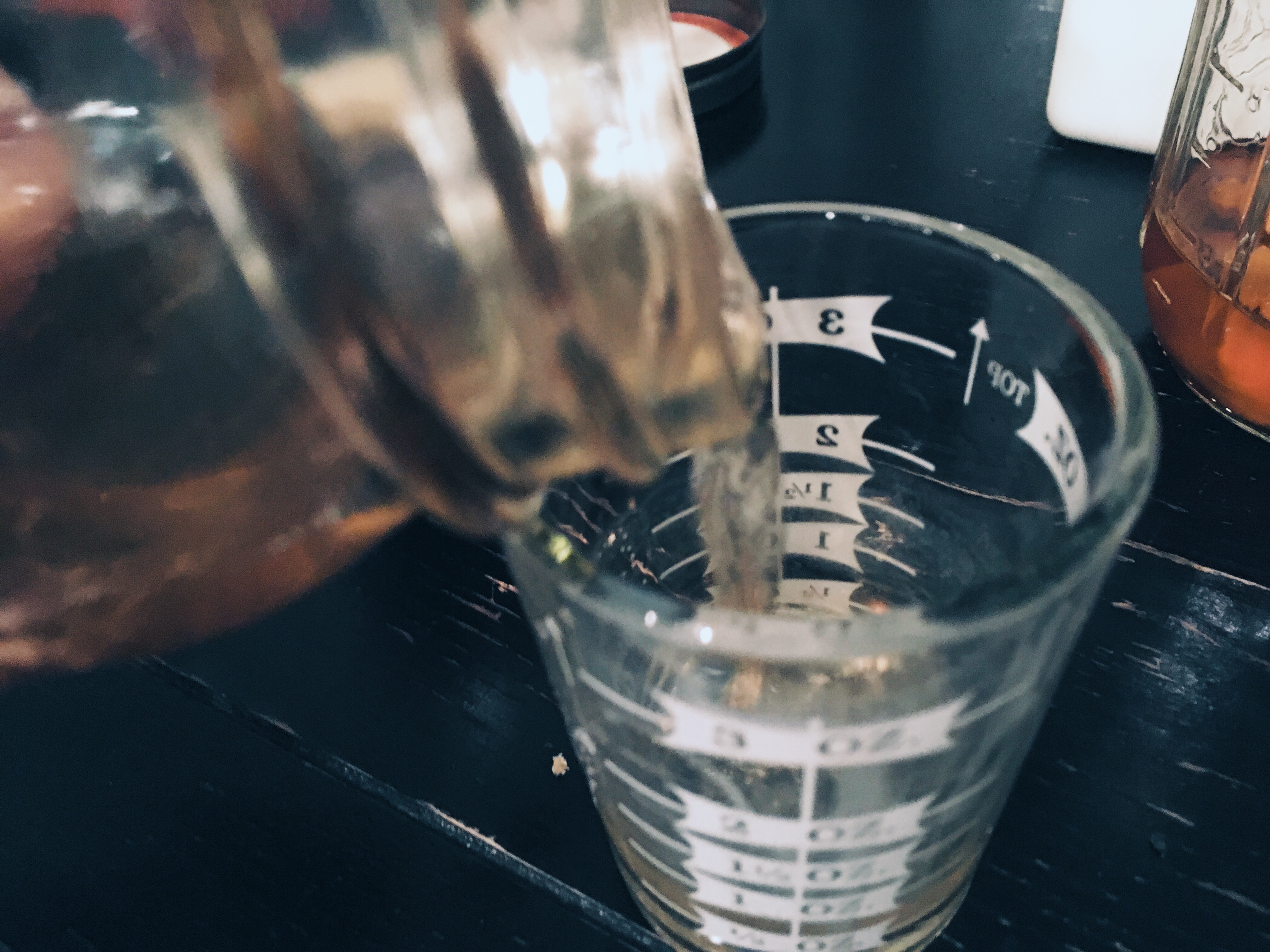 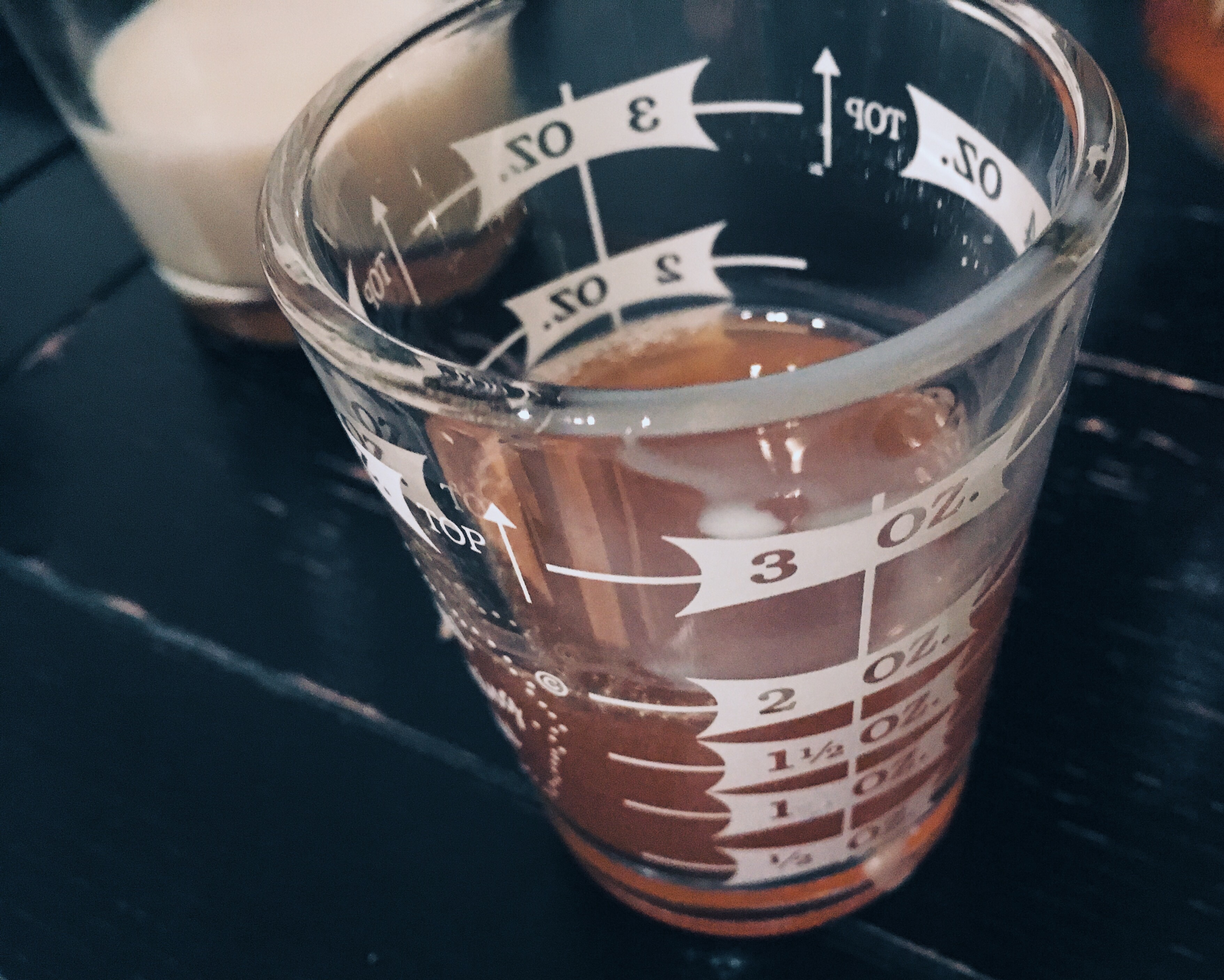 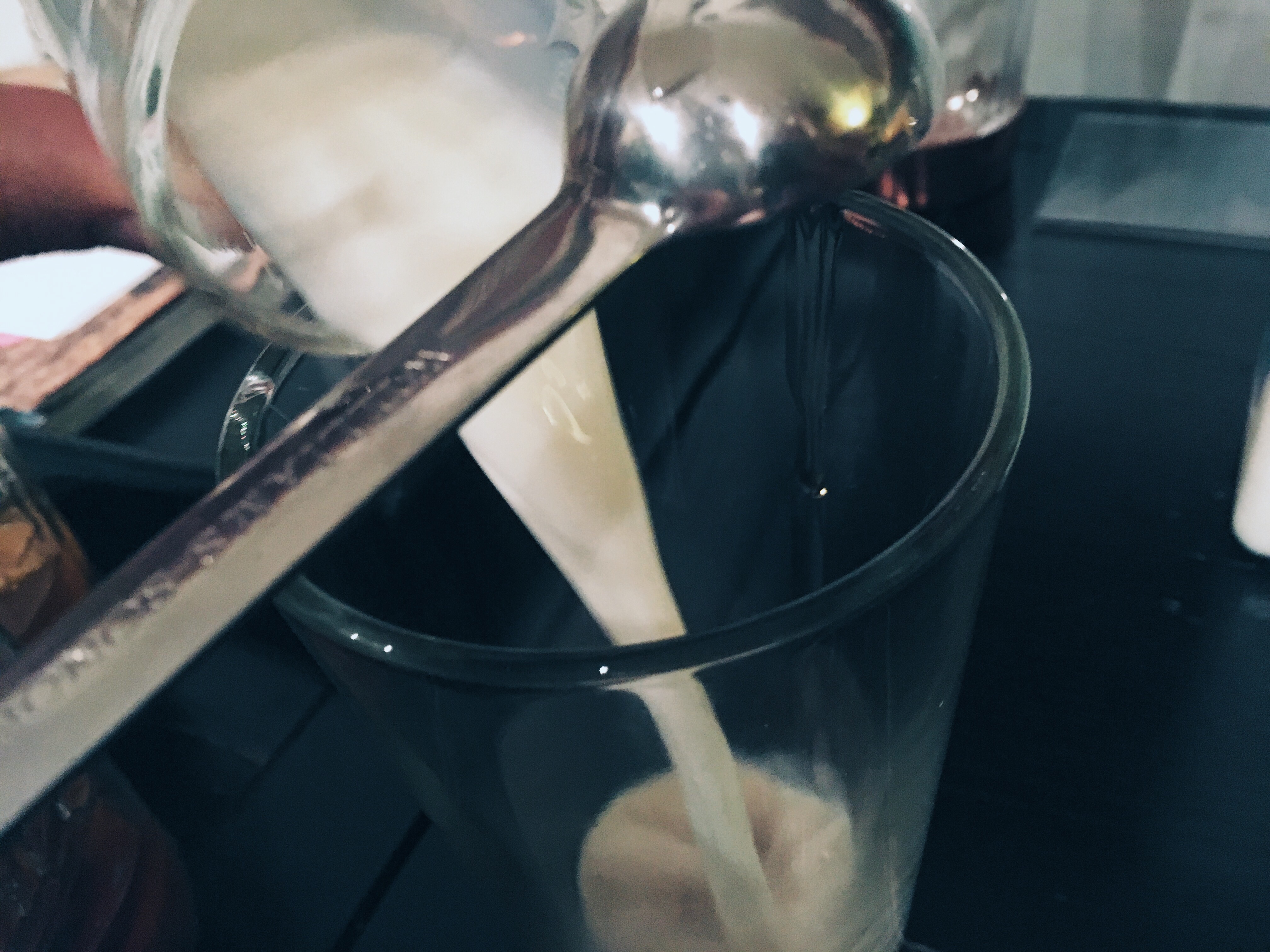 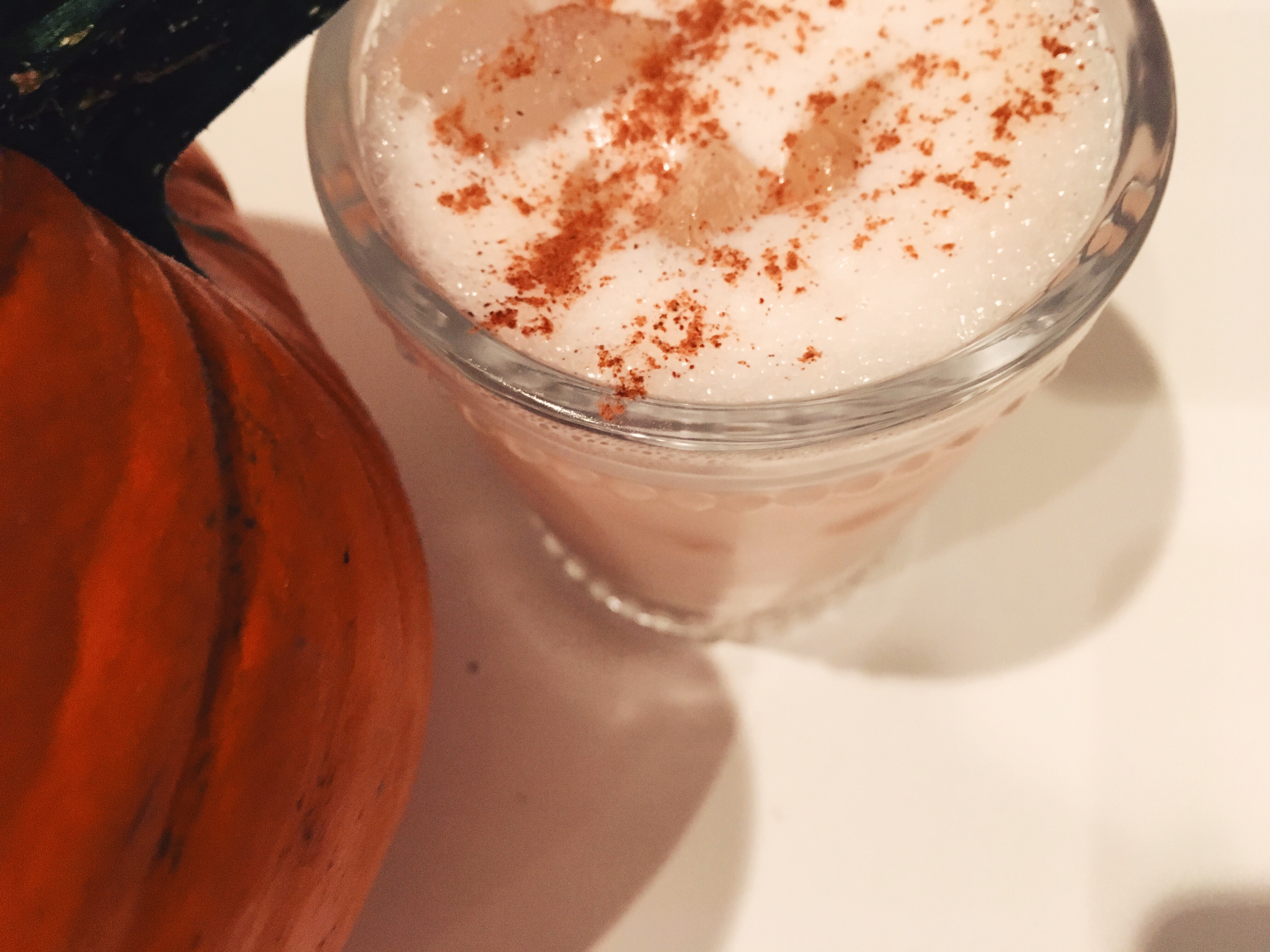 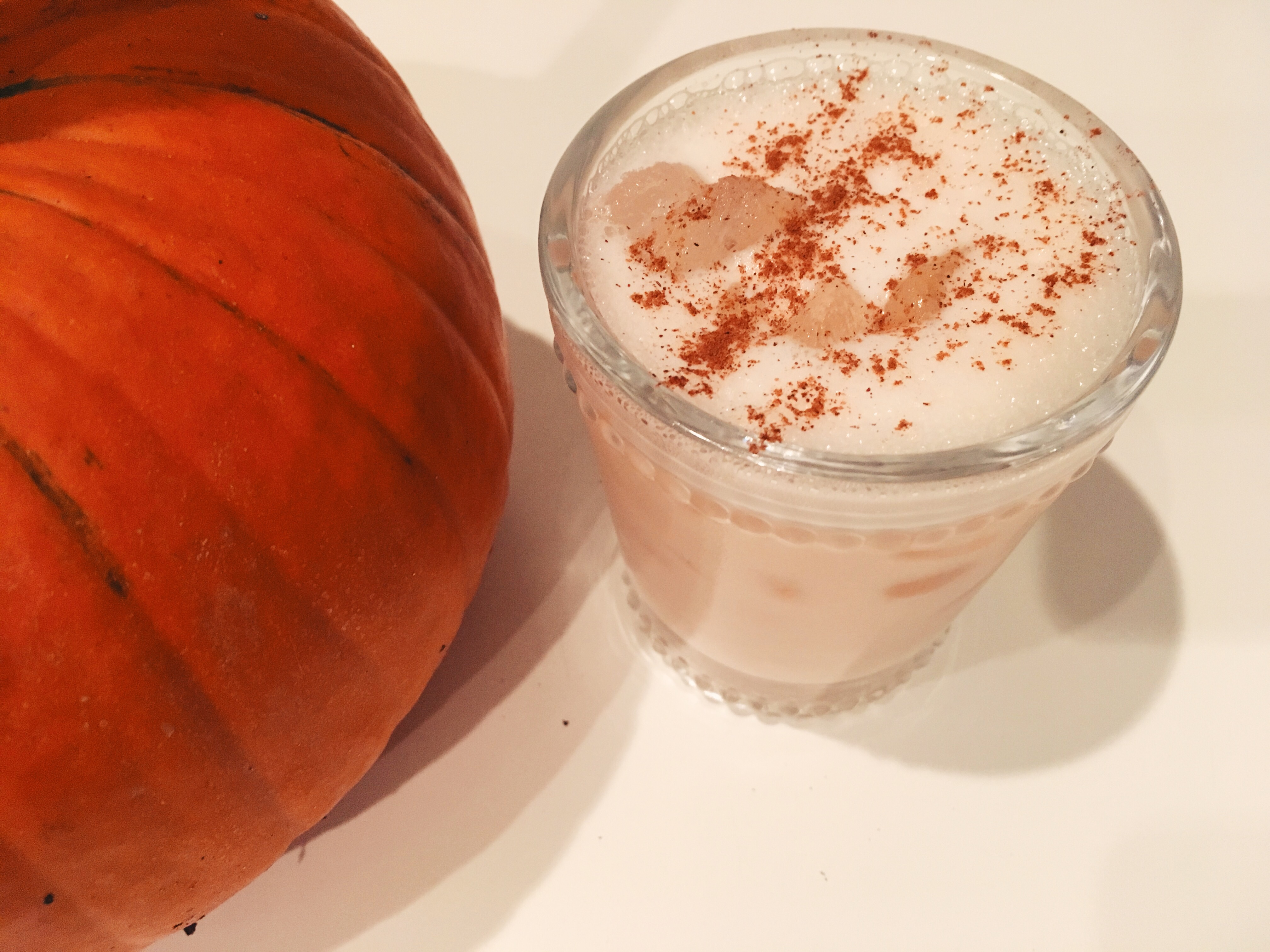 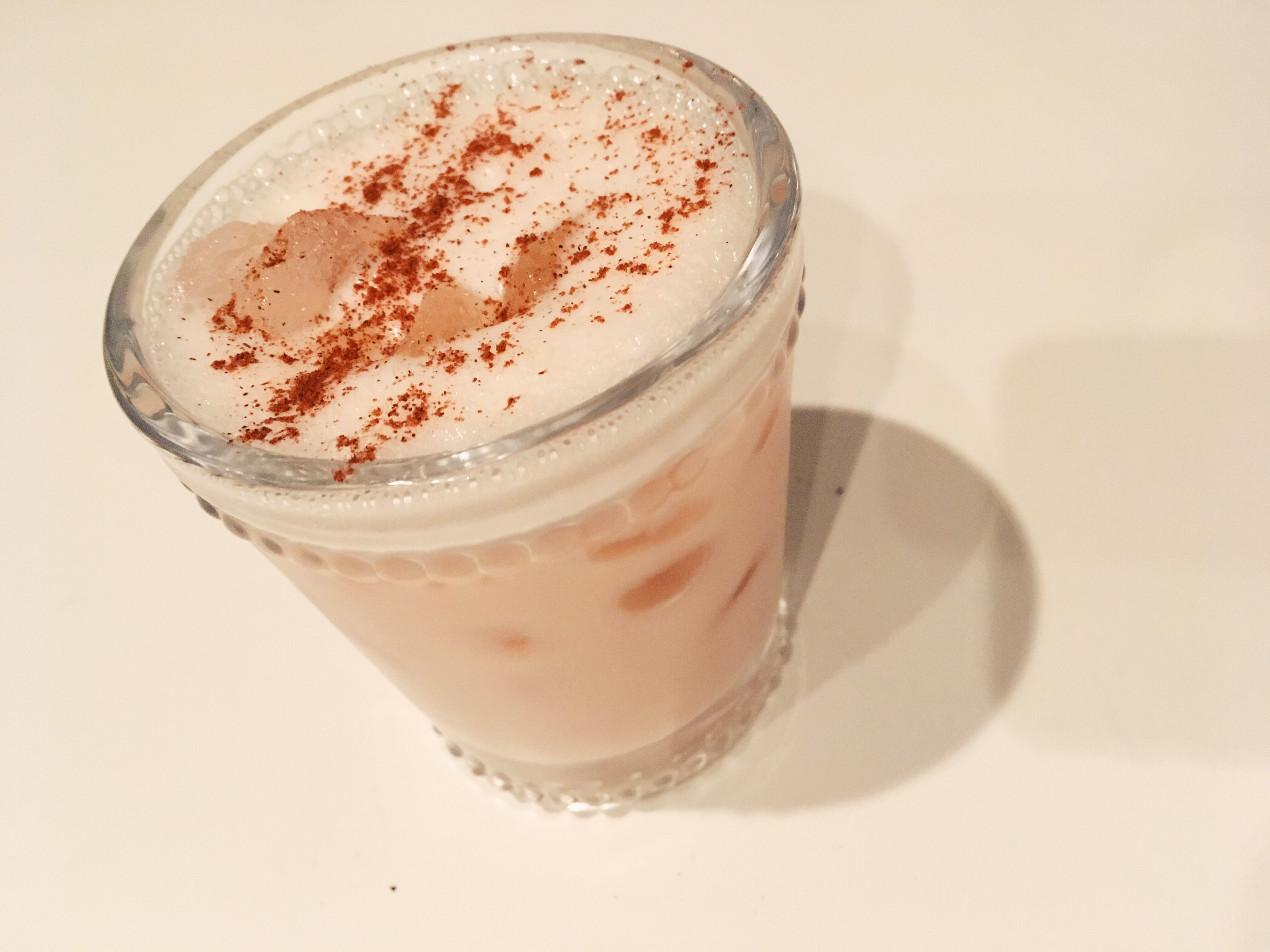 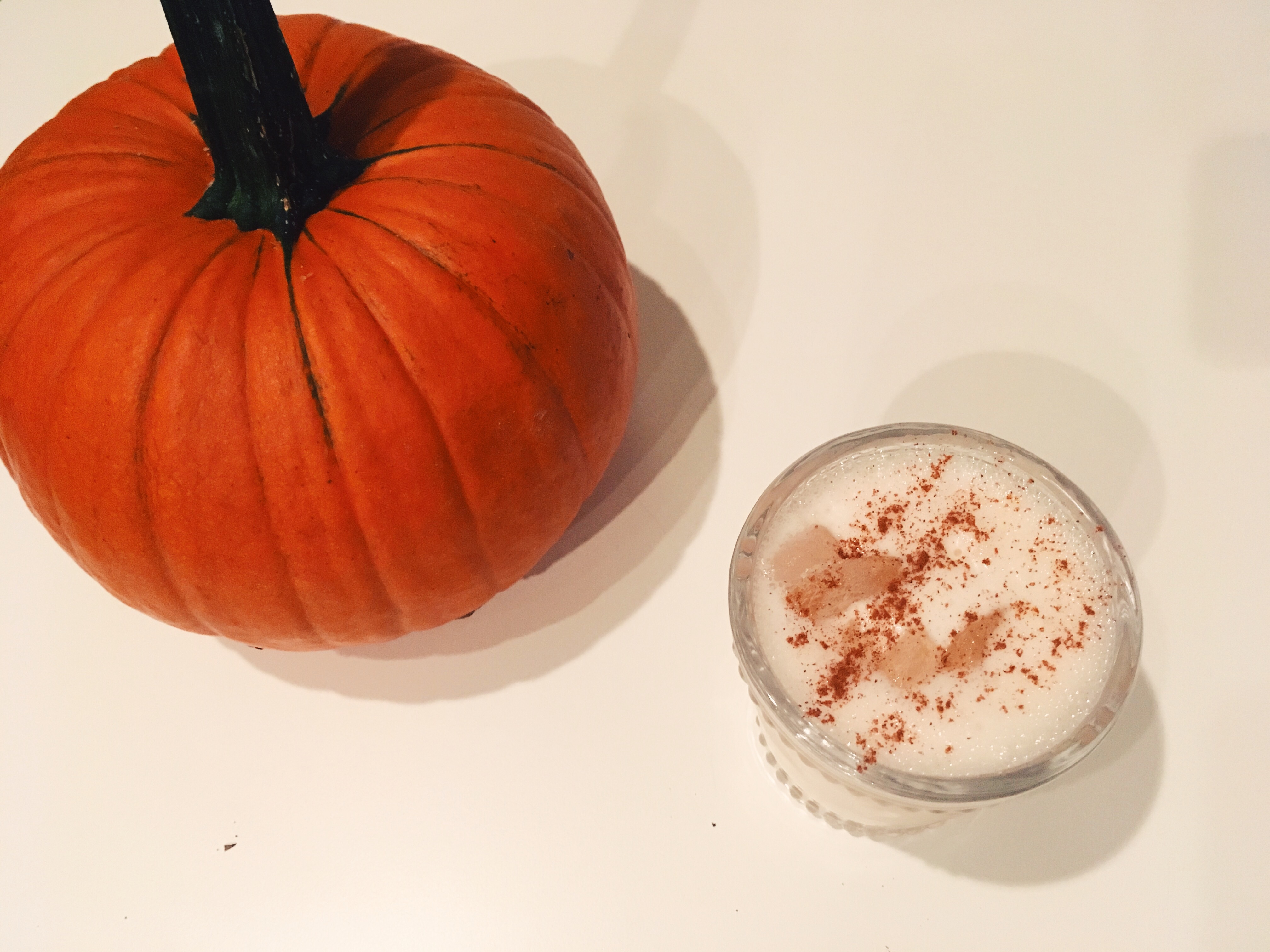