Before Memorial Day we kicked off our Summer Cocktail series and since then we’ve been working to add to the collection in order to make summer 2016 the. best. summer. ever. You’ve joined us for Watermelon Week because what summer is complete without consuming watermelon at every chance you get. So join us as we revel in in summer’s best fruit with fabulous watermelon cocktails.

Today, though, we sadly don’t have a cocktail to share with you but a cry for help! Who has successfully infused a watermelon and how have you done it?

For years (literally years) we’ve heard about infused watermelons. “Dude, you stick a bottle vodka into a watermelon and then poof, watermelon vodka.” We’ve always been wary, but finally decided to give a it a go:

First we did our research. I watched a number of youtube videos including this one and this one. They both followed about the same procedures (for all you researchers, see triangulation!). Our first task was to identify a liquor combination. We didn’t think straight vodka or really any straight liquor would taste that great. A number of experiments led us to a delightful 50/50 vermouth/Genepy mixture. 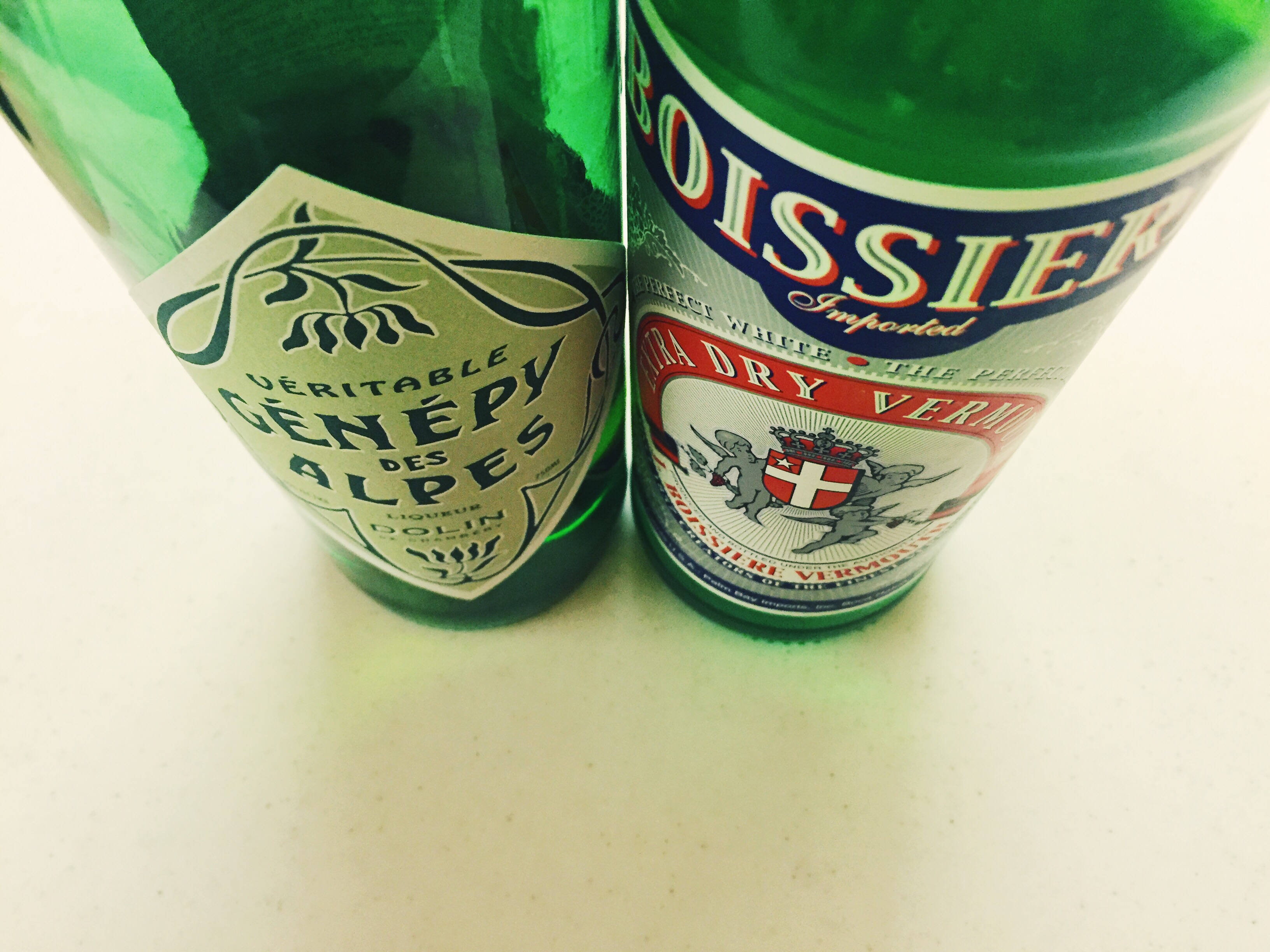 We traced a hole about the size of where the neck of the bottle ends, cut it with a knife, and then removed it. 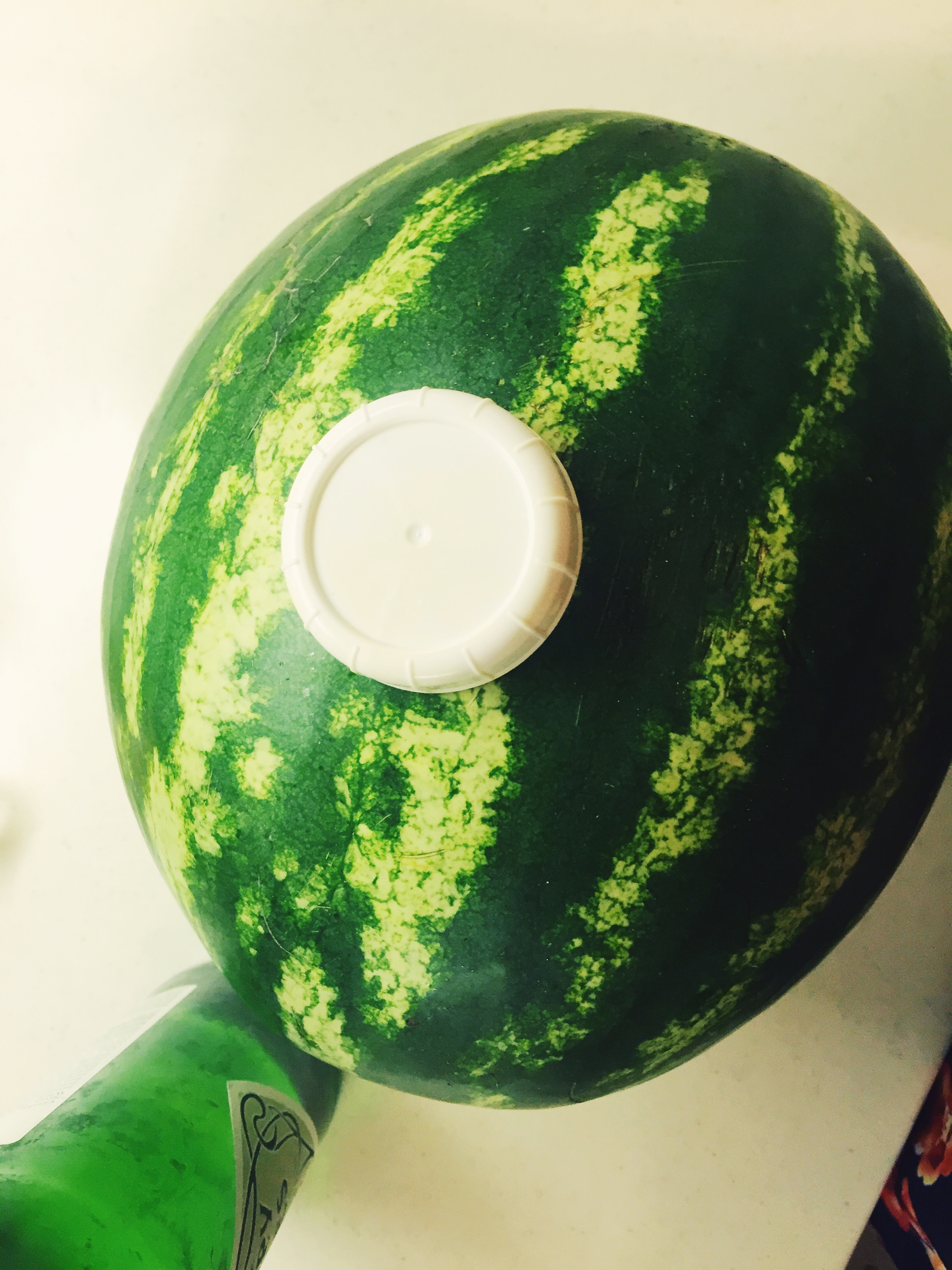 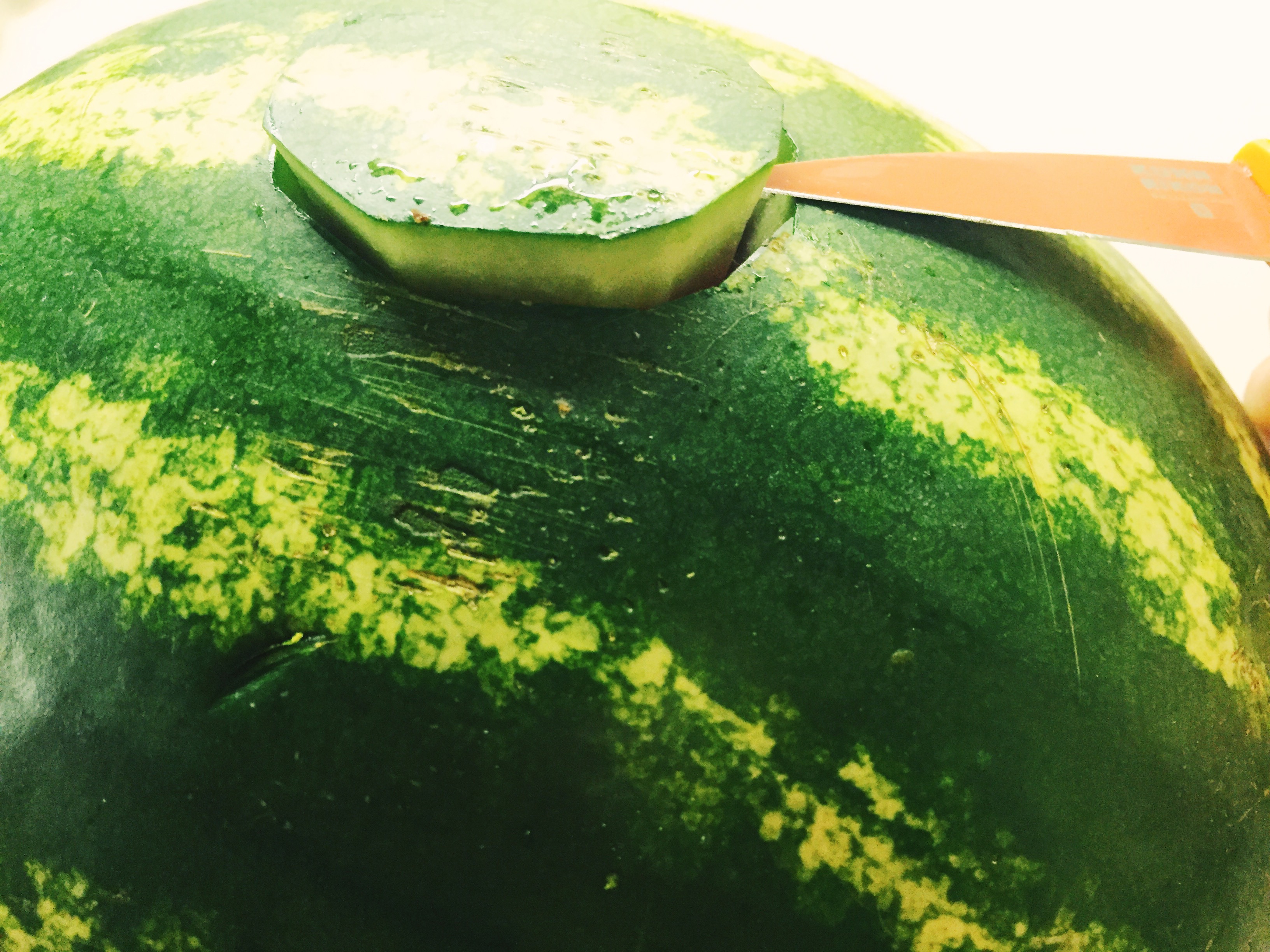 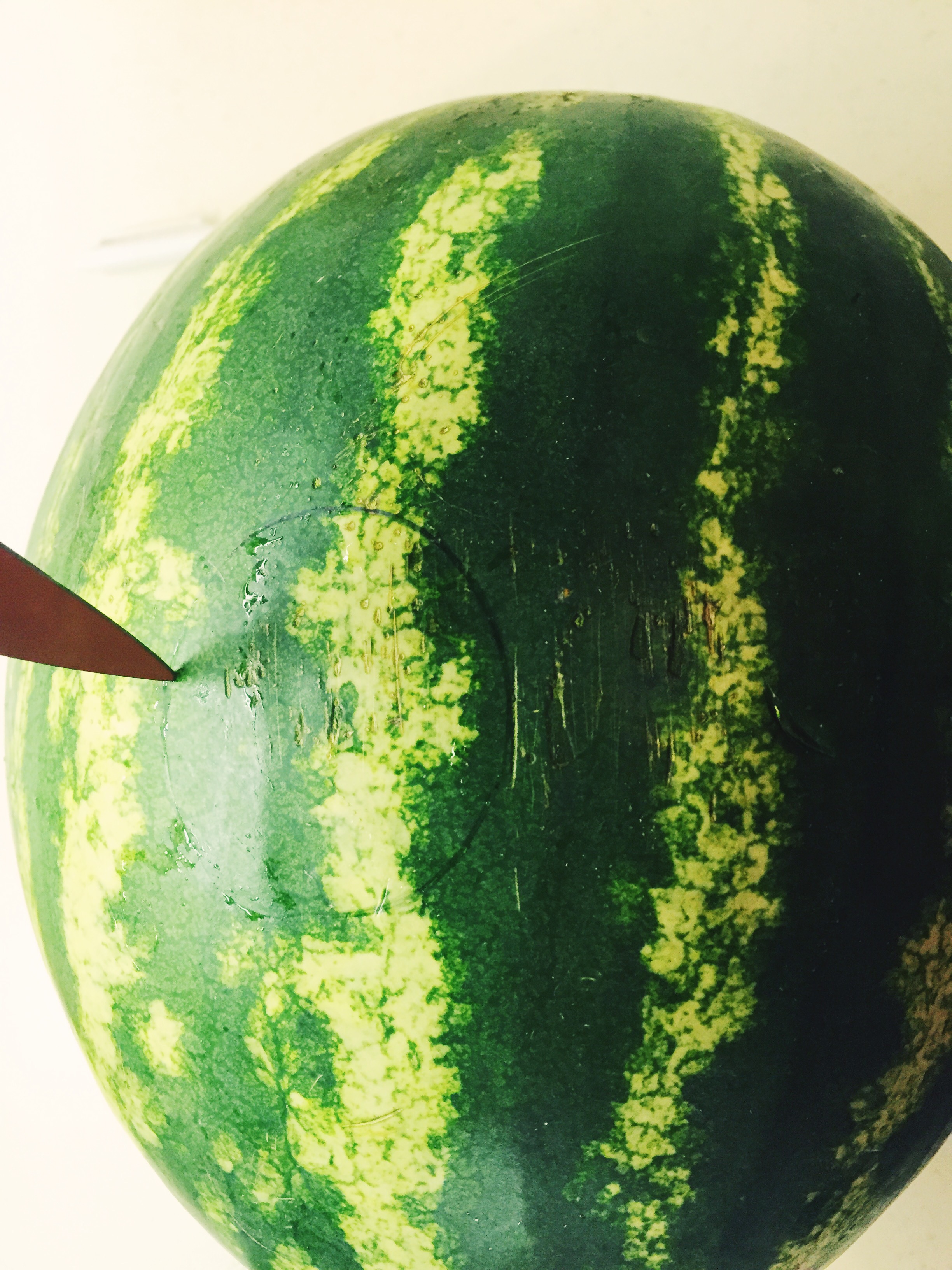 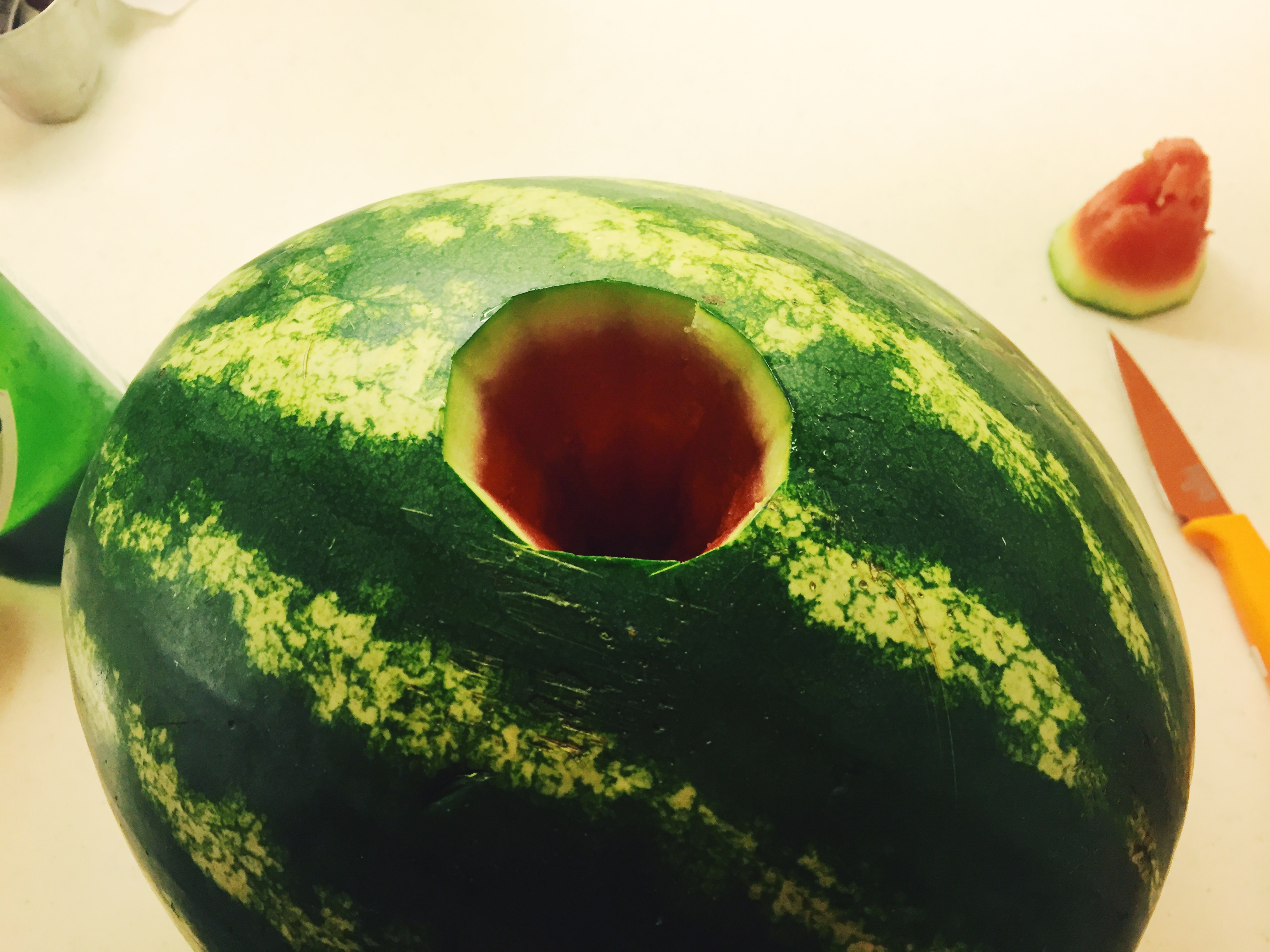 Then per the instructional videos we scooped out a bunch of the watermelon flesh to make room for the bottle. 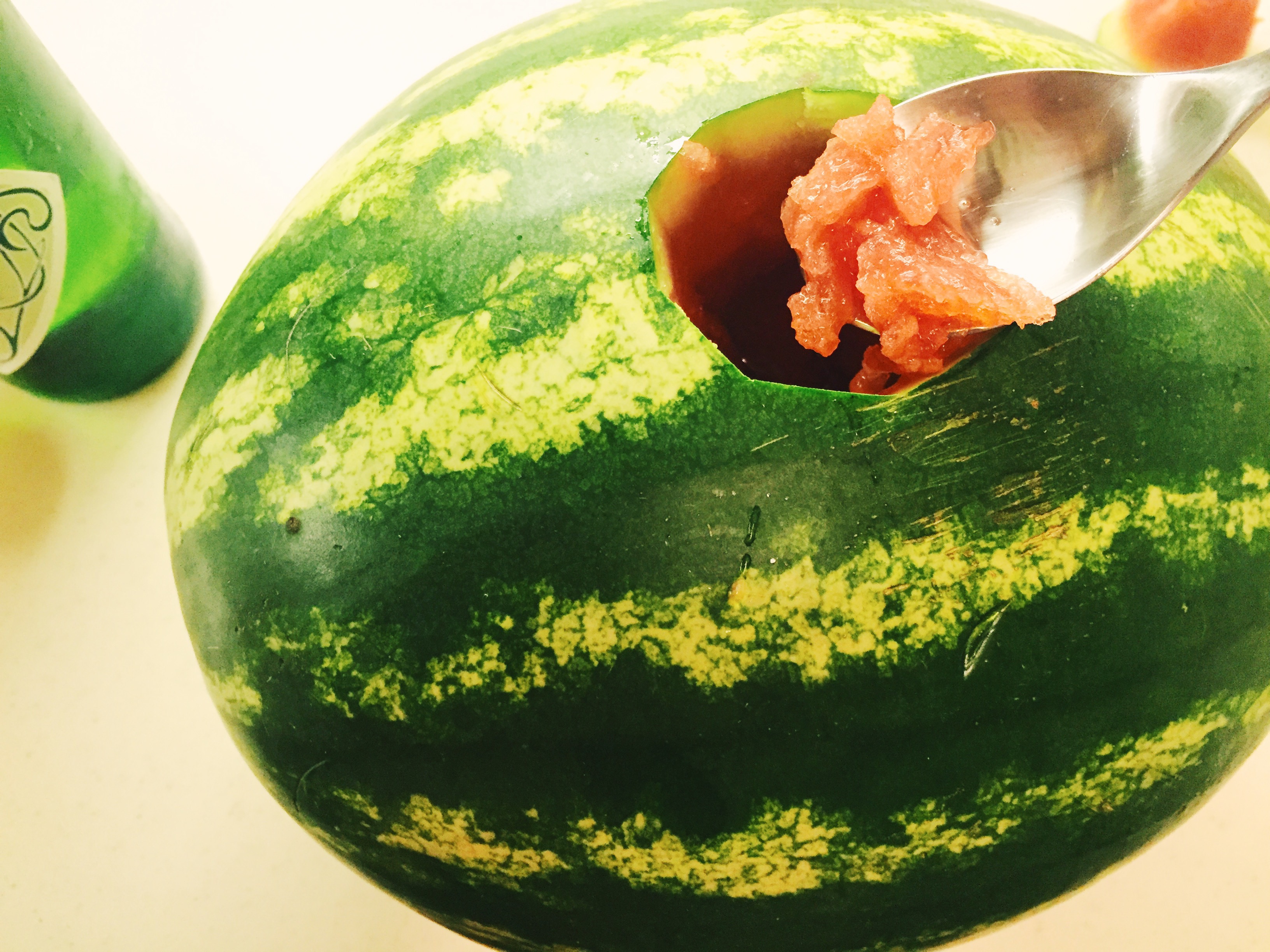 Step 4: Bring on the alcohol

We then ever so carefully and quickly placed the alcohol into the bottle shaped hole in the watermelon’s heart. 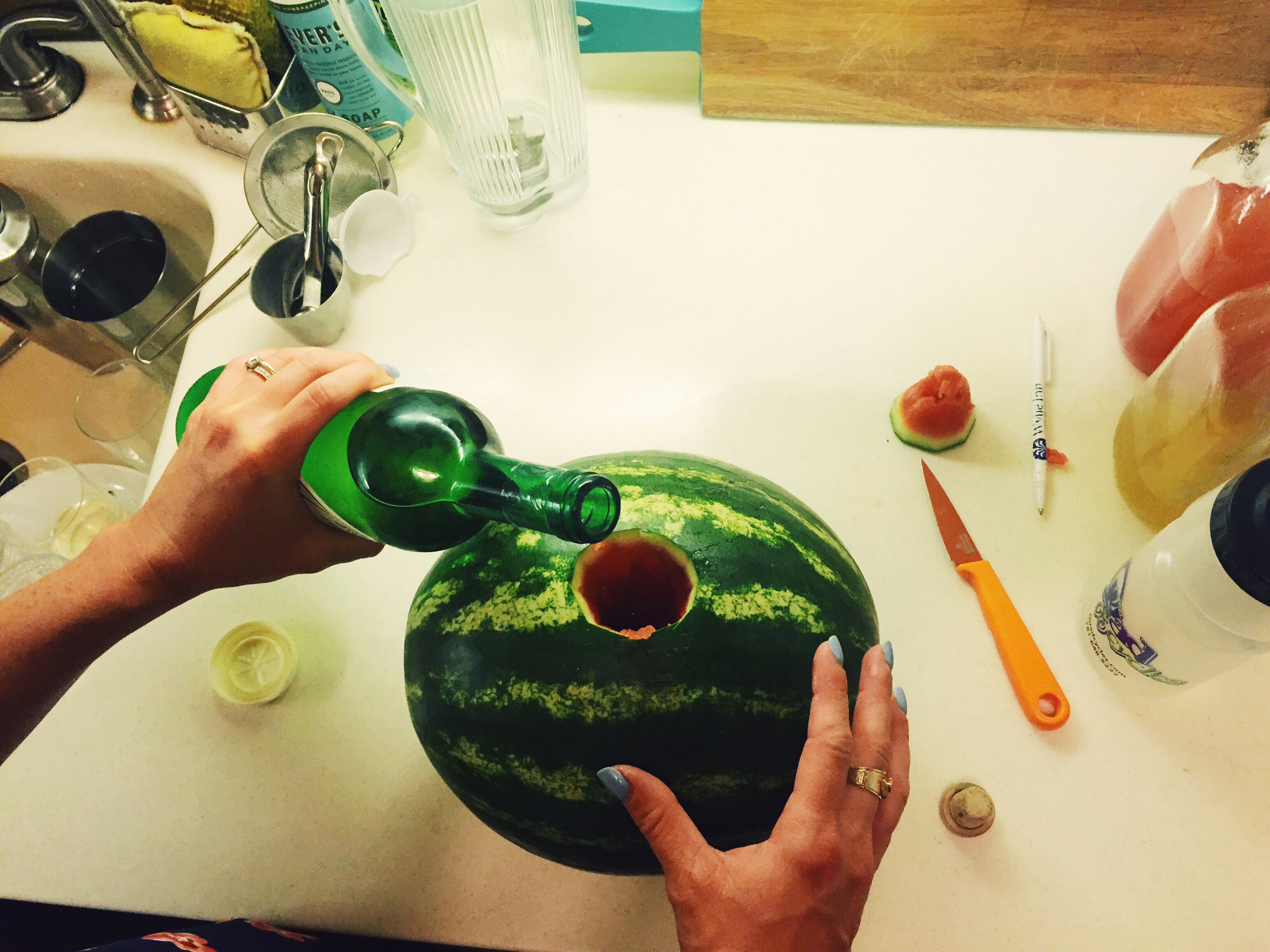 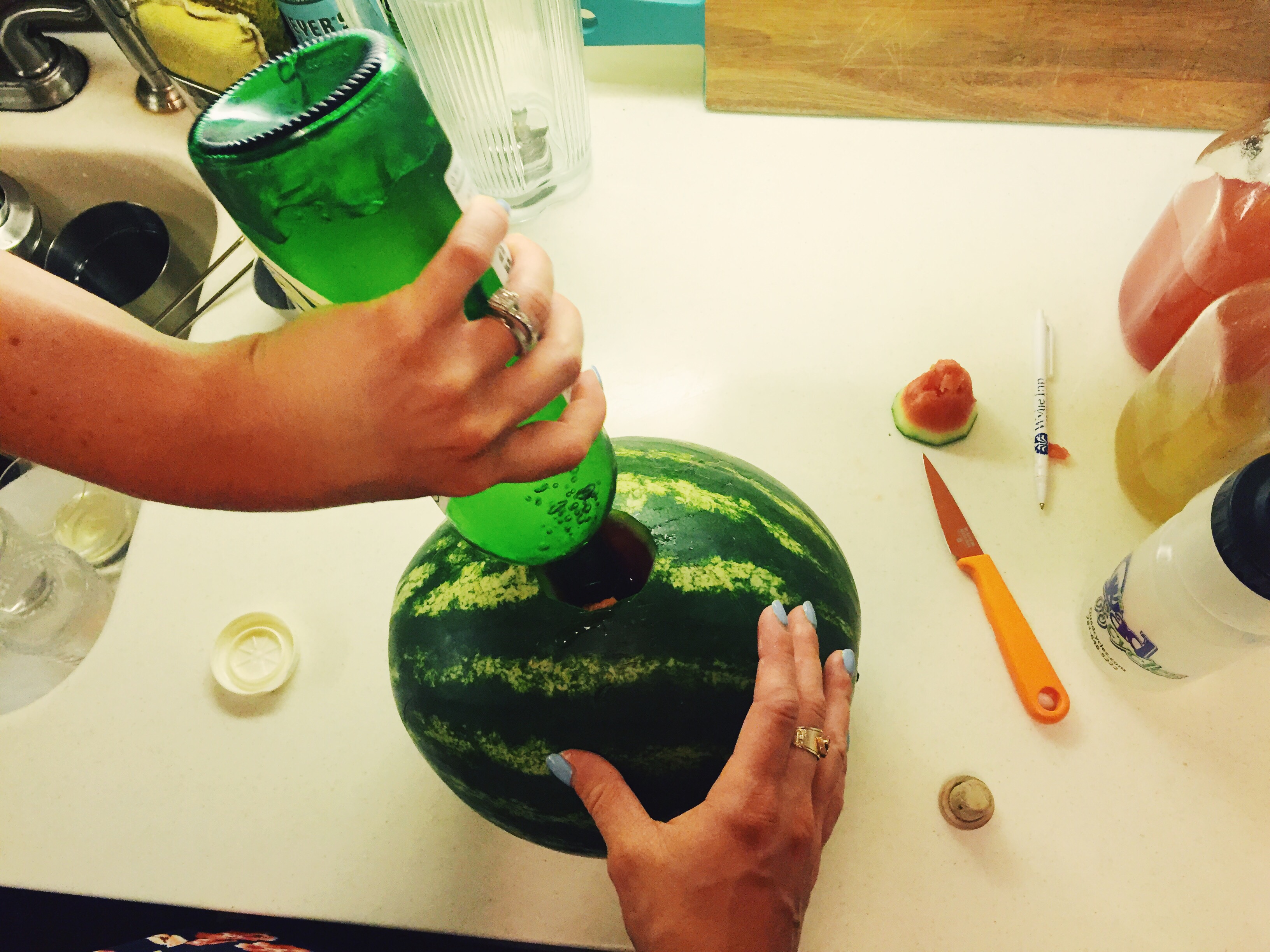 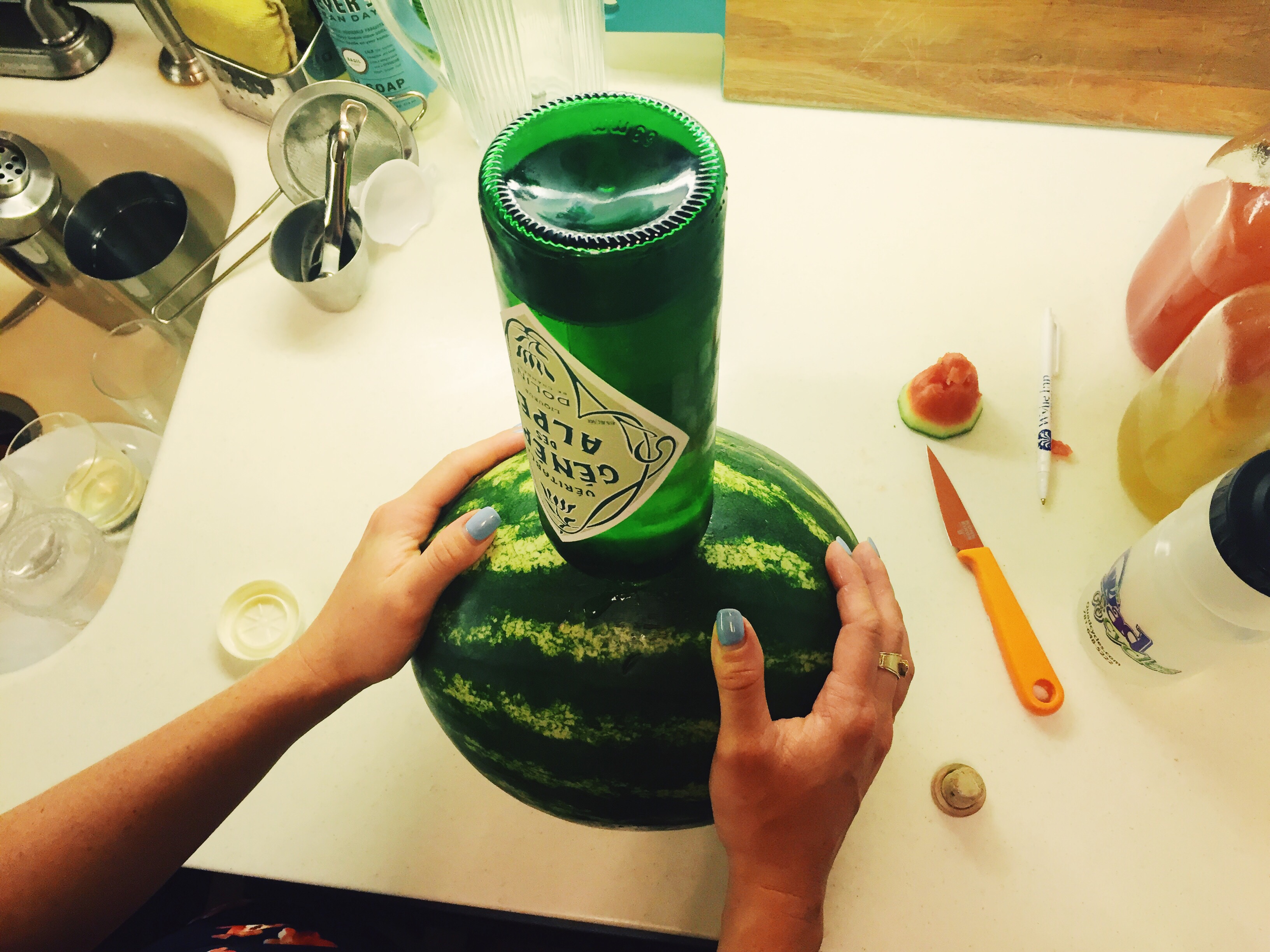 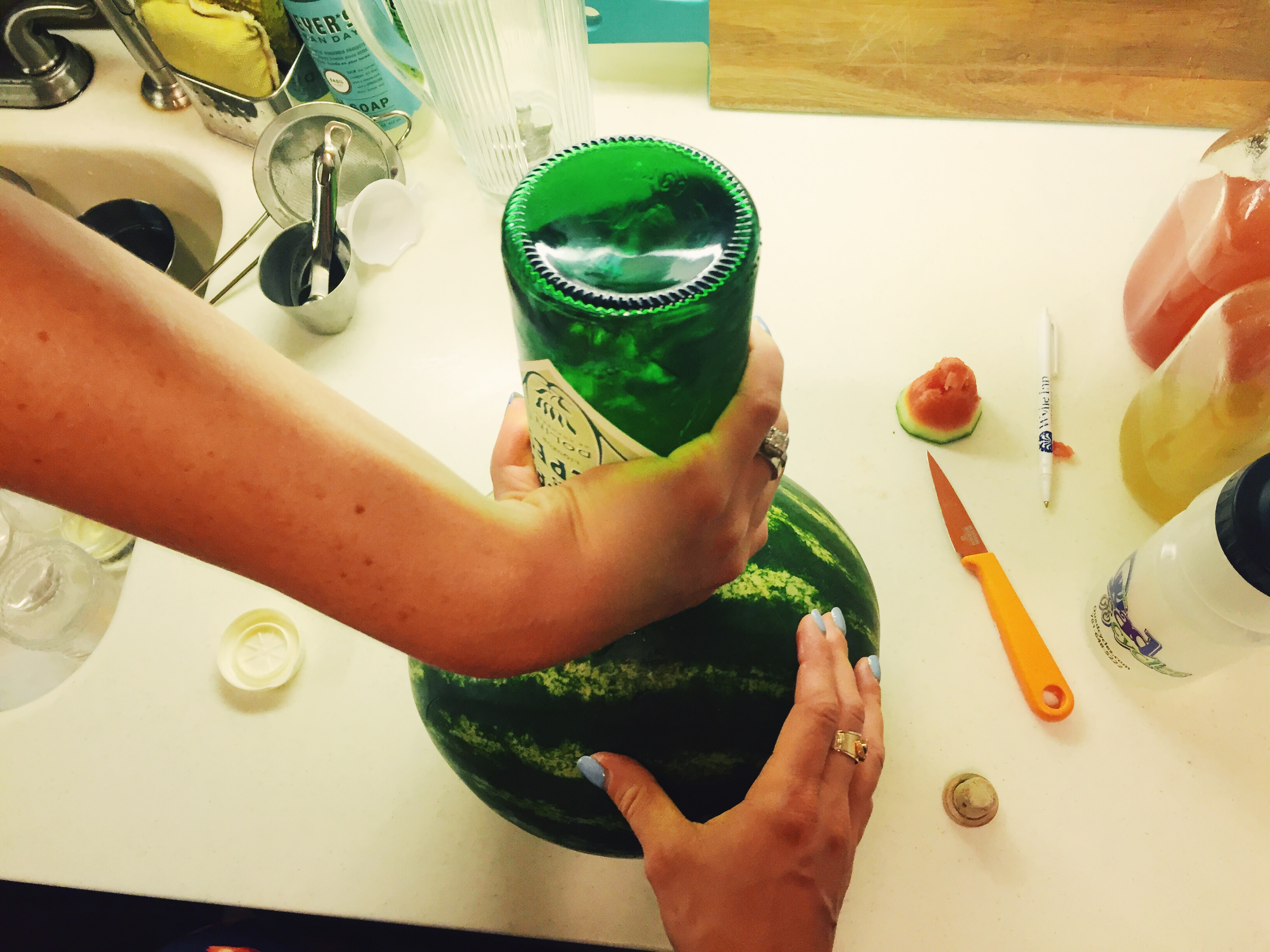 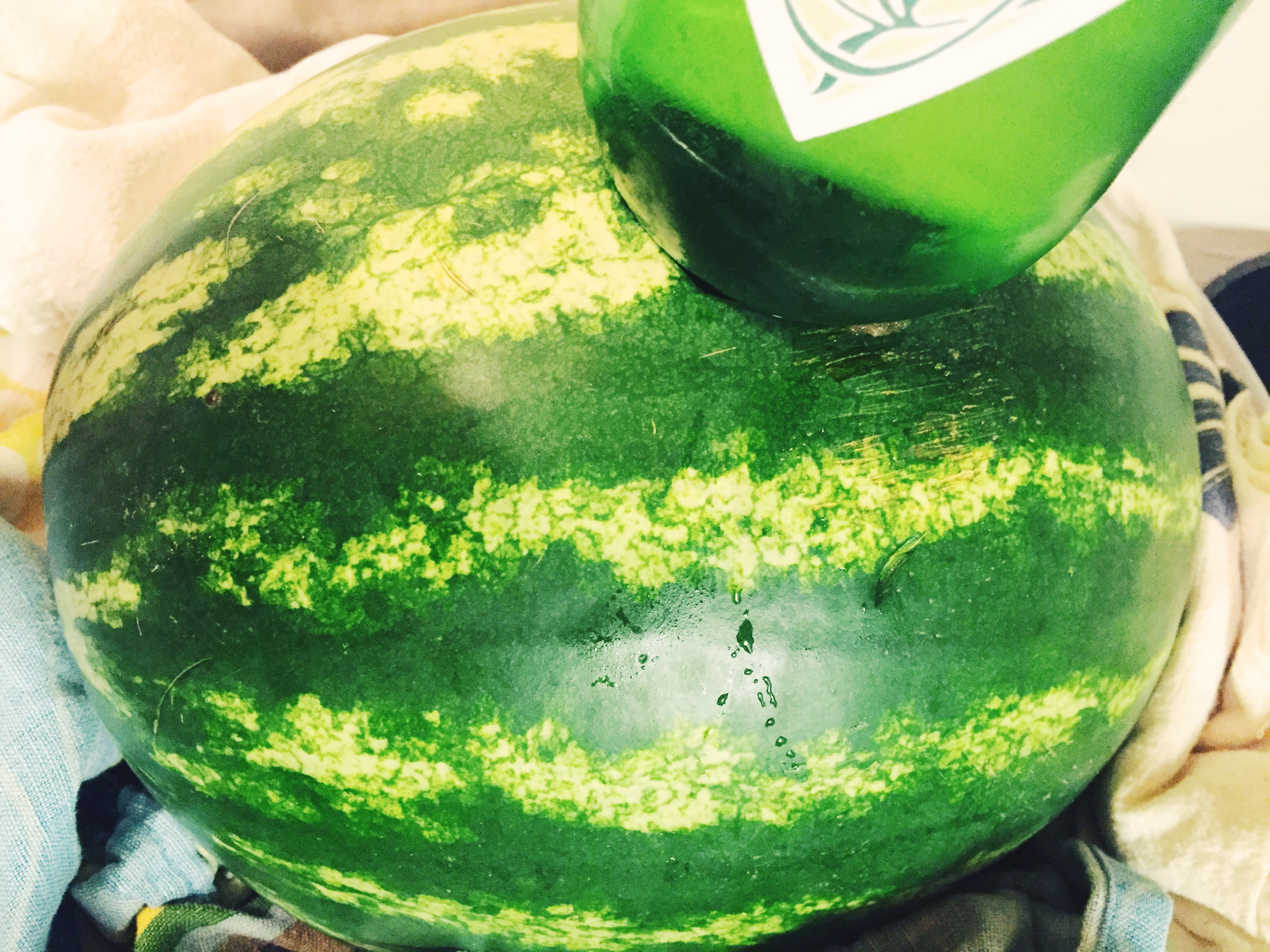 Step 6: And waited and waited.

We waited one whole day and then a second and literally the bottle never drained more than a 1/2 inch of it’s contents into the lovely fruit. The watermelon was having none of it. 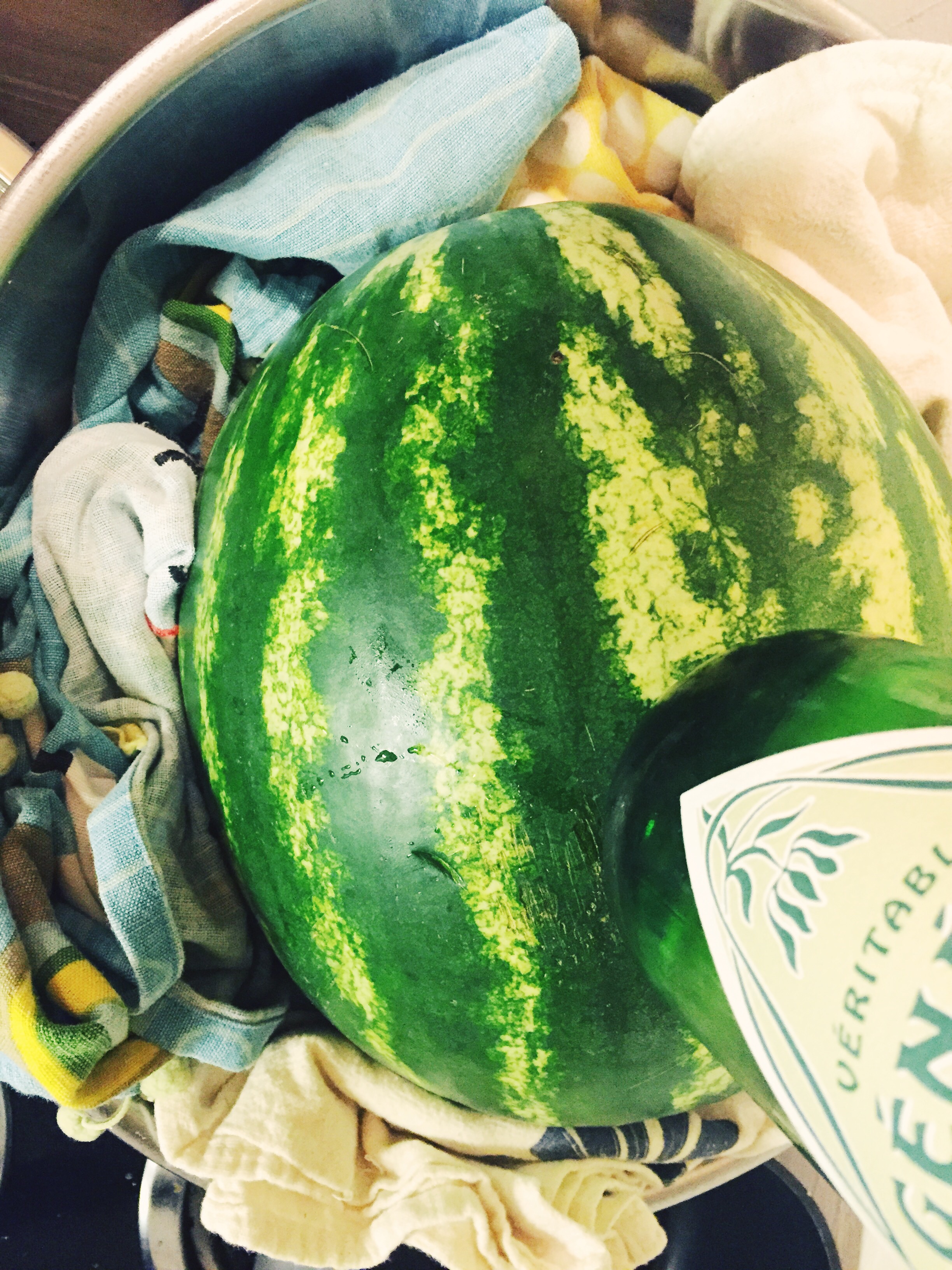 After 2 days, we removed the bottle to discover we did not in fact have an alcohol-infused watermelon; we just had a watermelon with a massive hole in it.

We hear this works for someone. I mean, there are YouTube videos about it. Have you had such luck? Tell us your secrets!