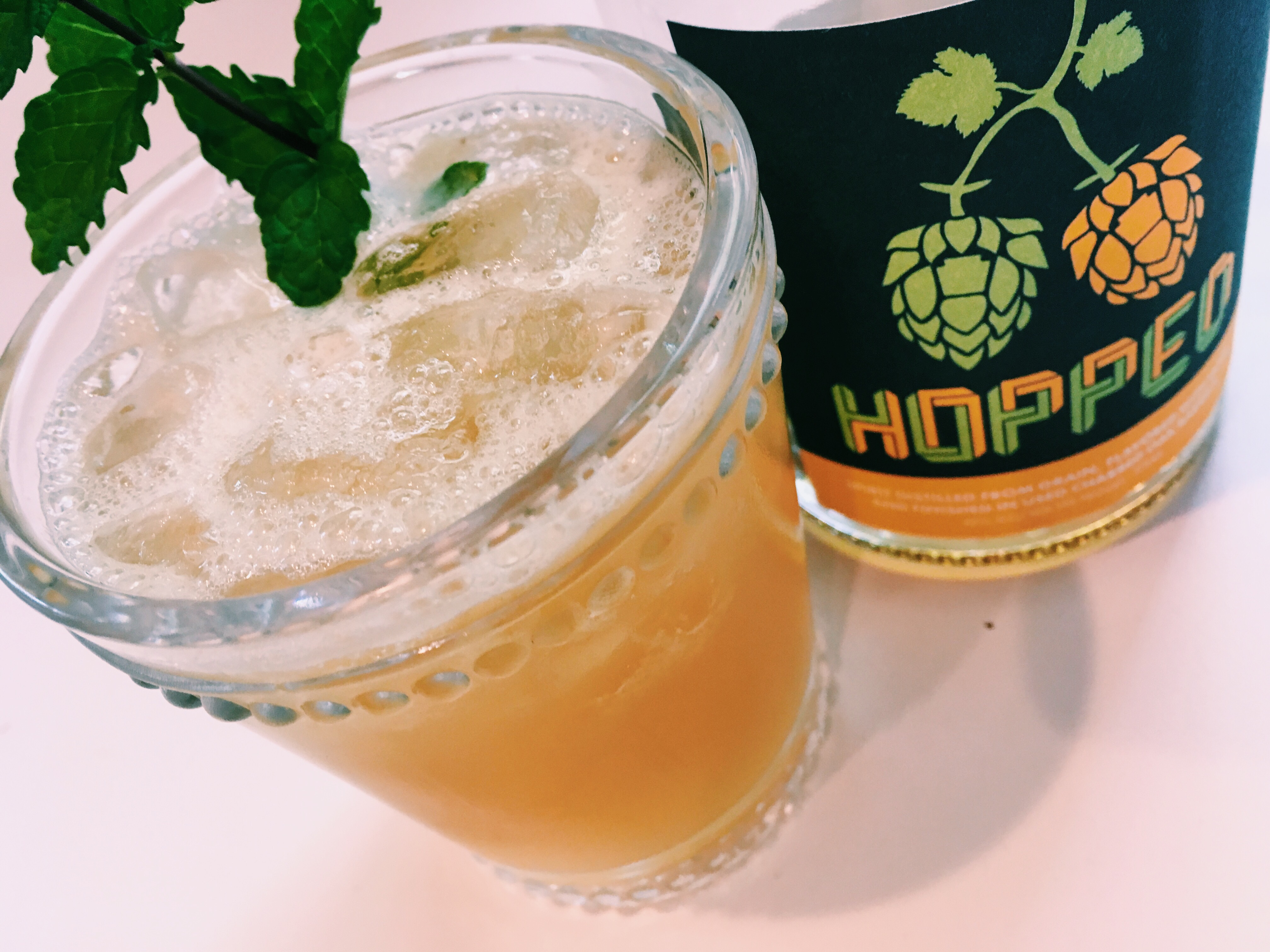 Today, we’re going to celebrate the beginning of DC Beer Week by talking about … whiskey.

It’s not so far out in left field as it might seem. As the folks at Wigle, one of our favorite distillers, like to say, ‘Whiskey is beer distilled.’ Whiskey is to beer as Brandy is to wine:

With two of their latest releases, Wigle has been pushing the boundaries of this relationship between whiskey and beer. In one of them, this year’s Hopped Whiskey, they go about trying to imagine what the IPA version of a whiskey would be. They do this by adding hops to the whiskey in a second, vapor distillation, in much the same way as juniper and other botanicals are added to vodka to make gin.

The result is exactly what you might expect. It’s tastes like the gin version of a whiskey. It’s super-hoppy, kind of like an over-amped rye. It’s a fascinating experiment, and an incredibly interesting spirit to taste. Our instinct to show our appreciation for such a bold effort is to create a cocktail that really brings out the best in the spirit. That’s proven a bit challenging with this one. It goes great as one half of a shot and a beer, but our first efforts at mixing it in a drink didn’t go well; it’s so distinctive and so strong that we had a hard time finding a cocktail where it could effectively blend in. 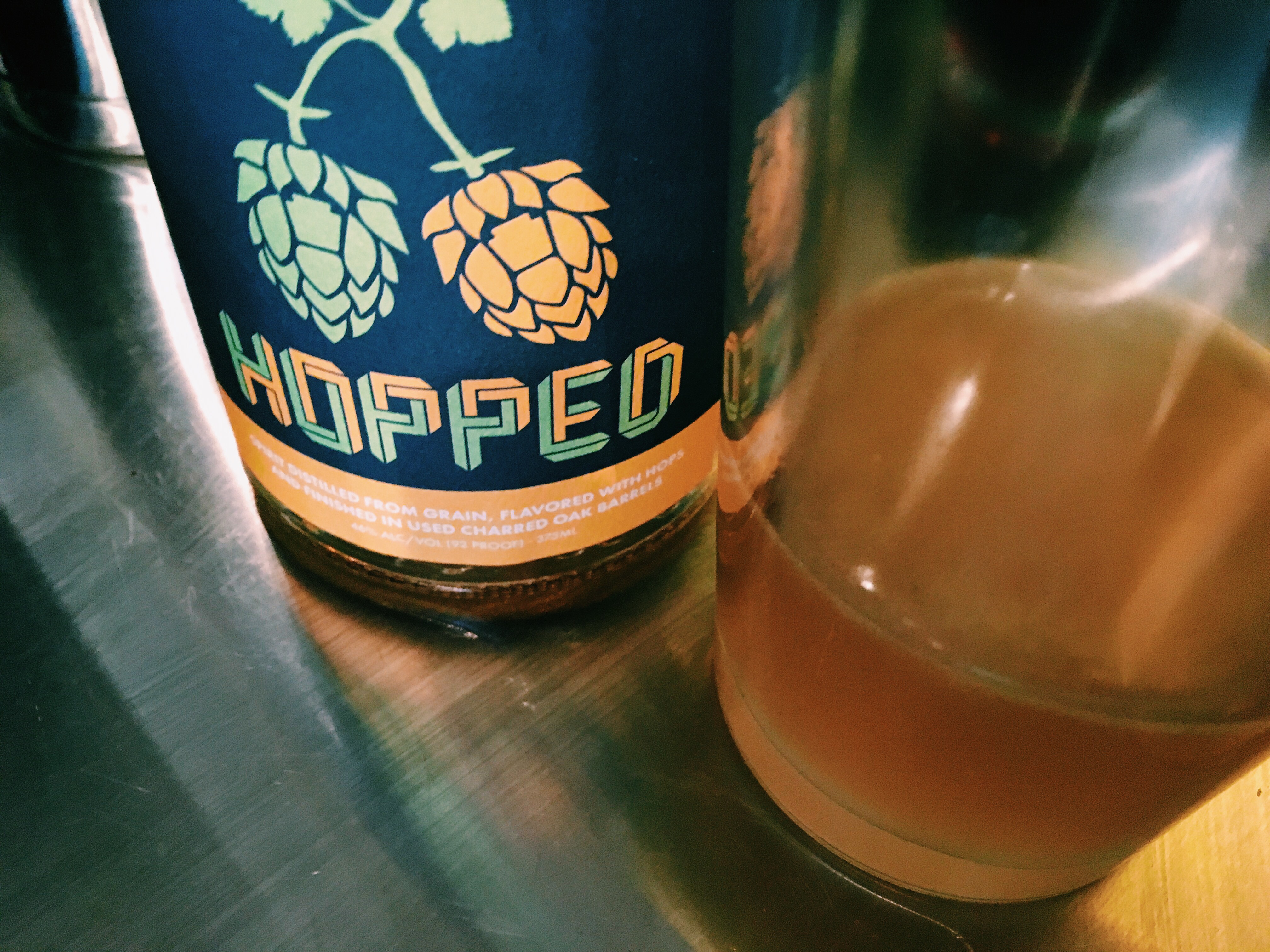 Then, while perusing our Ultimate Bar Book, we ran across an obscure recipe called the Wally Wallbanger. It’s a toned down, legitimized, whiskey version of the 70s vodka ‘classic.’ And it works great with the Hopped Whiskey. We did still have to bump up the Galliano a bit to match the hops, but when we did the intense anise flavor of the Galliano and the intense hoppiness both got their chance to shine, while also balancing one another out. 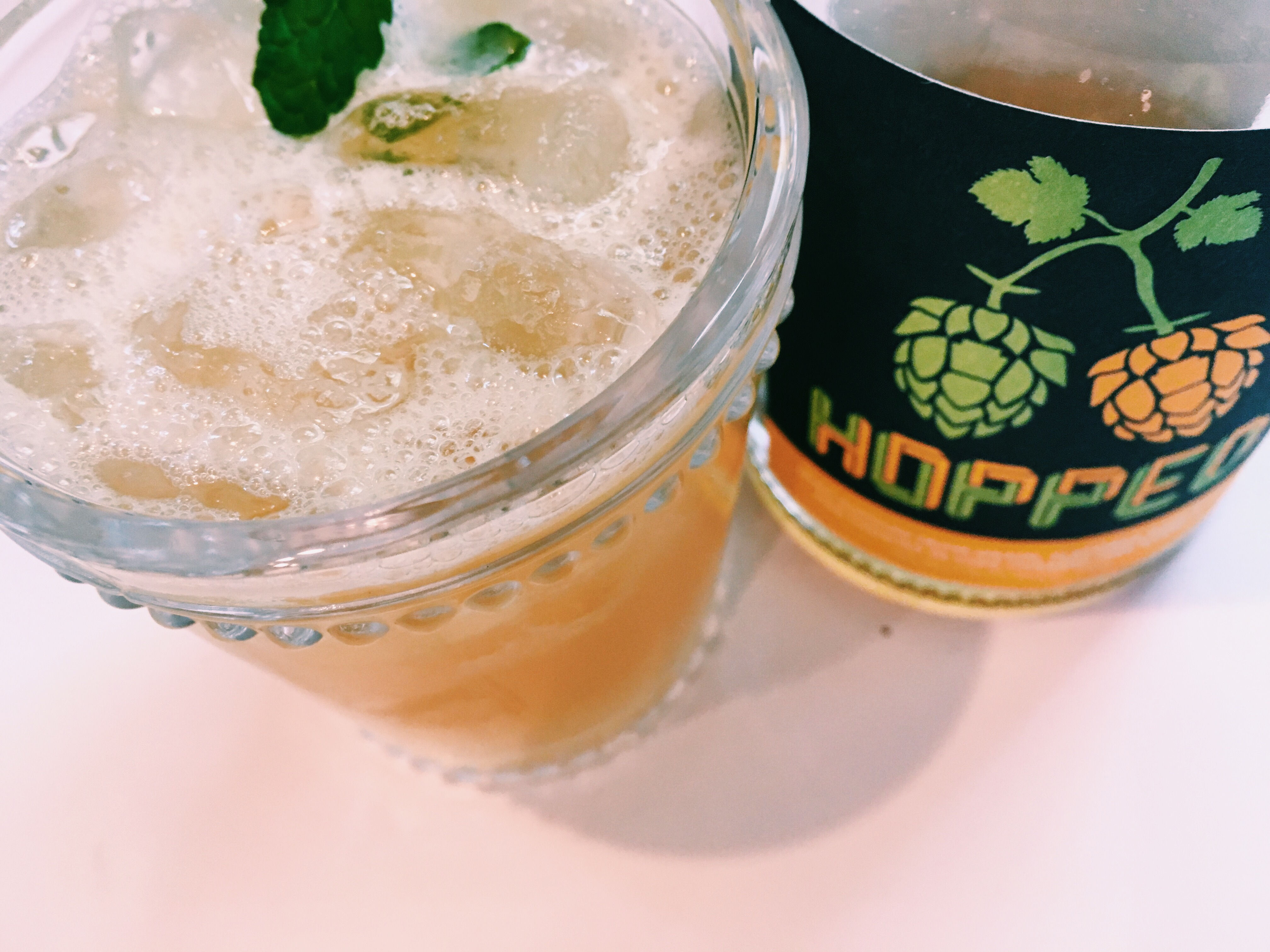 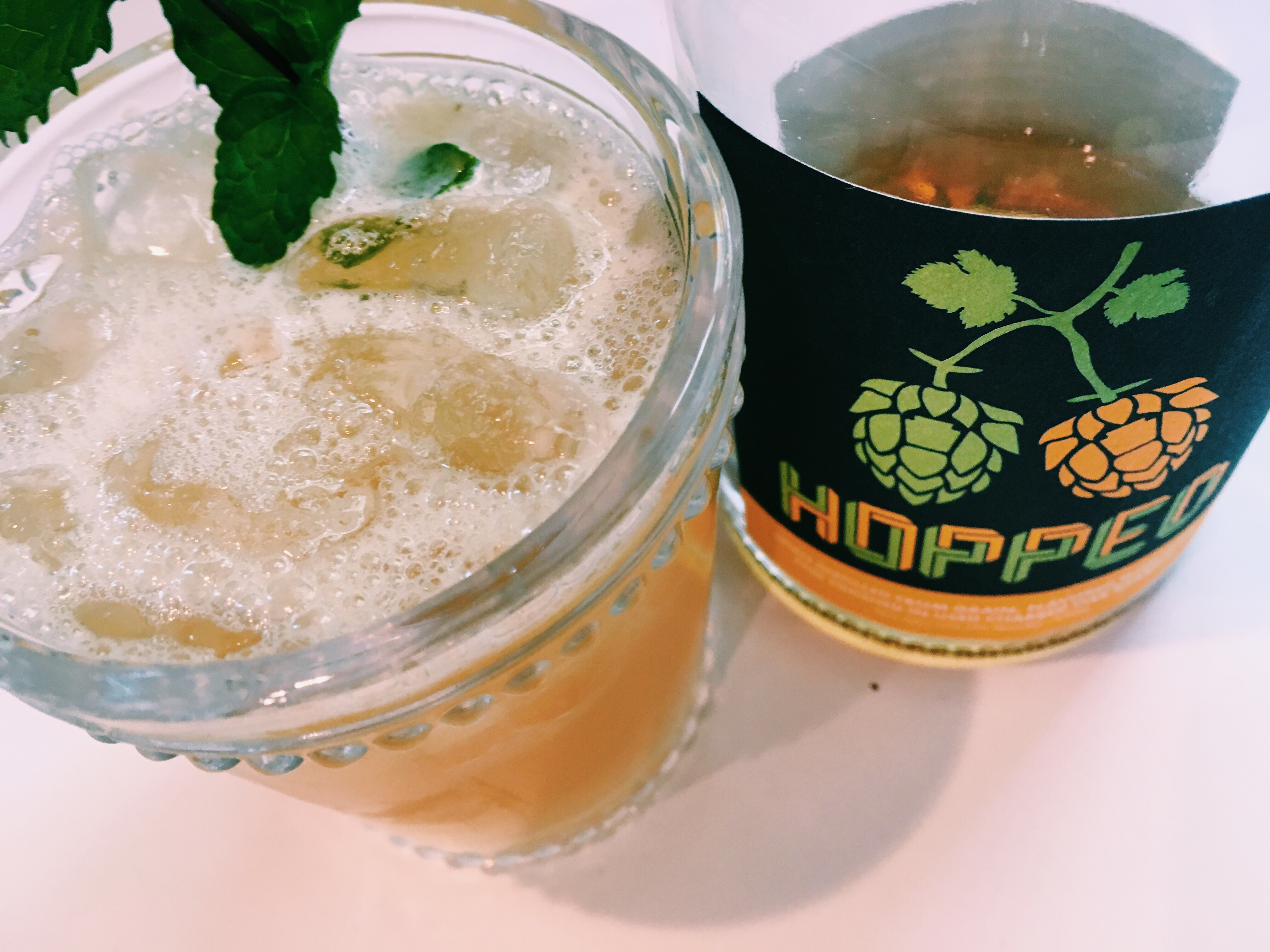 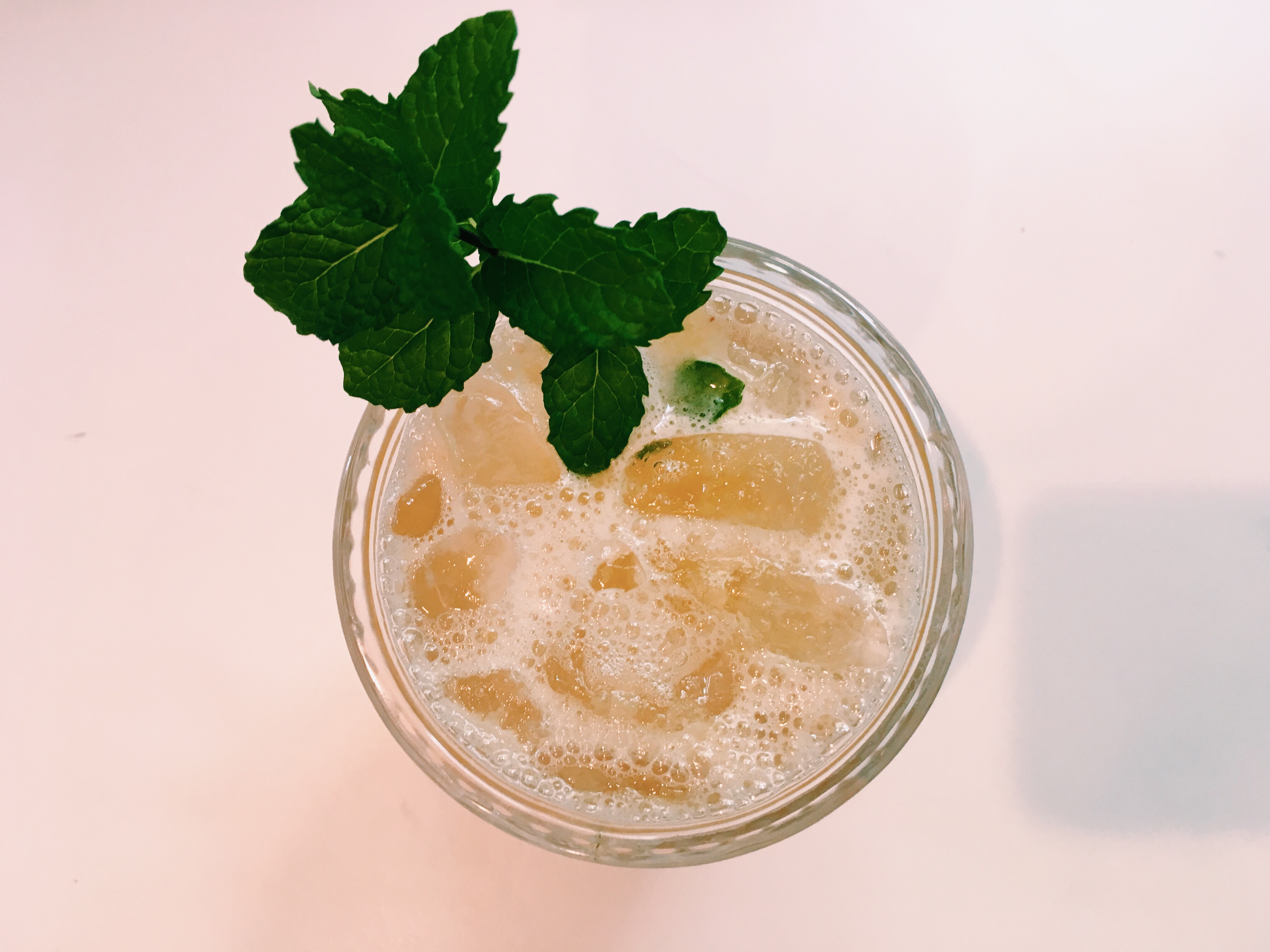 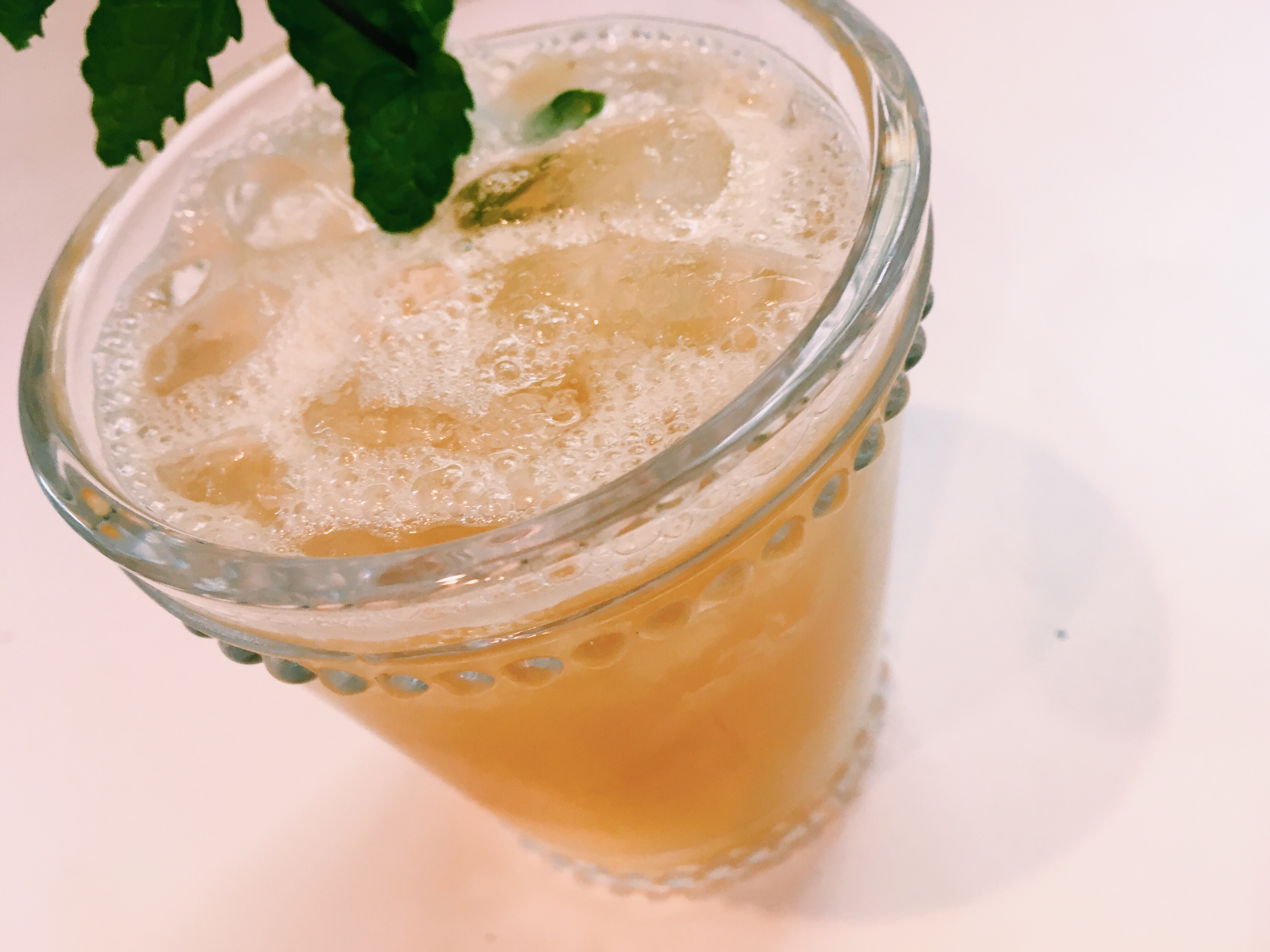 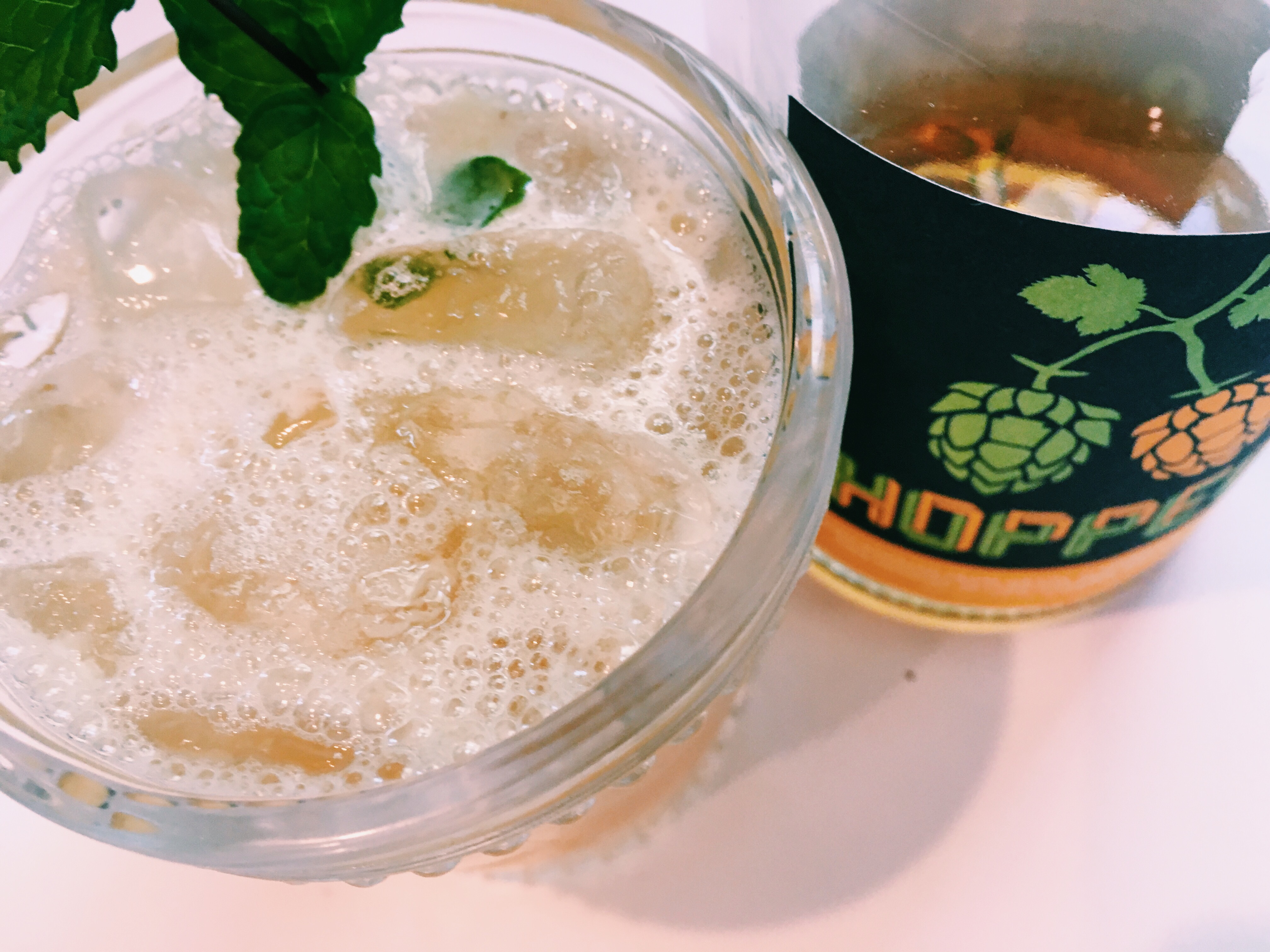