When we posted not so long ago about just how shockingly simple it is to make your own simple syrup, our friend Annalaura mentioned that she has a similar recipe for making your own grenadine. We were interested. Grenadine is a pomegranate syrup used in many cocktails and mocktails, including the most popular mocktail of them all, the Shirley Temple. As we’ve mentioned, it can be surprisingly tricky to find good grenadine; so we were delighted when Annalaura solved our problem with her inexpensive, no-fuss recipe.

The summer before fourth grade, my grandmother took me and my sister to Honolulu, where a friend of hers invited us to dinner at his high-rise apartment. After a tour of the rooftop pool and terrace, we retired to his sitting room, where he served crackers with a previously-unknown-to-us delectable substance called port wine cheese. Bowled over by the 1980s glamour of it all, I knew of only one fitting reply to the question of what I would like to drink: “A Shirley Temple, please.”

At the time I was vaguely familiar with the deep red syrup my grandmother’s friend used to mix my drink; I knew it was called grenadine, but what was in it I could hardly guess. That was probably for the best. Decades later, in search of a bottle of grenadine with which to make a favorite winter drink, I discovered that most common brands of grenadine are nothing more than corn syrup, citric acid, and red dye. A little internet research, however, revealed what grenadine is supposed to be: essentially, a simple syrup made with pomegranate juice. There are a number of craft brands that do make their grenadine with real pomegranate juice, but (like simple syrup), making it yourself takes less than five minutes of attention. And did I mention that homemade grenadine tastes great, and the cost is about 1000% less? I’d rather save my money for a bottle of good booze to mix with it—my choice would be a nice Calvados, the key ingredient (along with homemade grenadine) in my personal rendition of the Jack Rose. 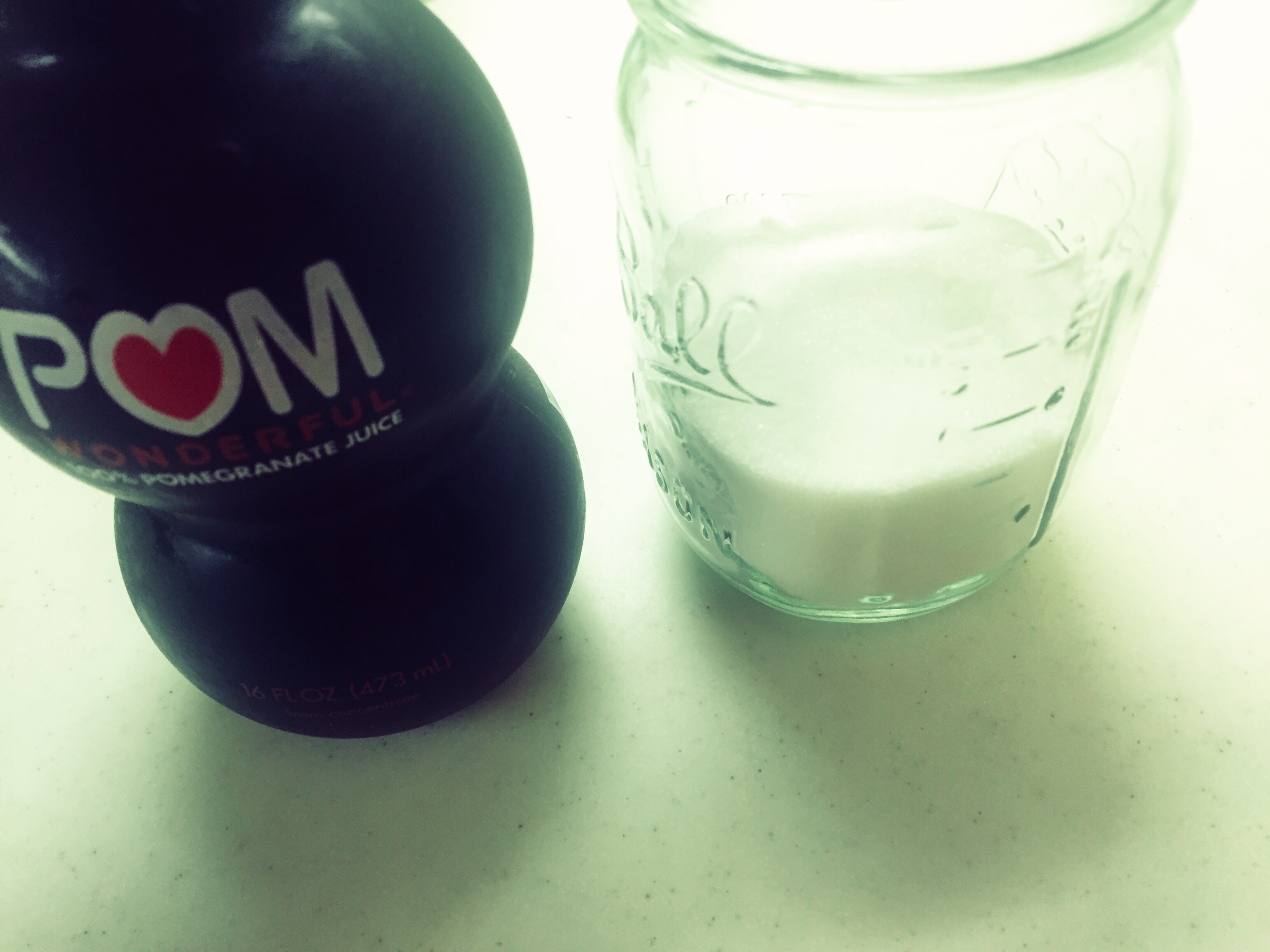 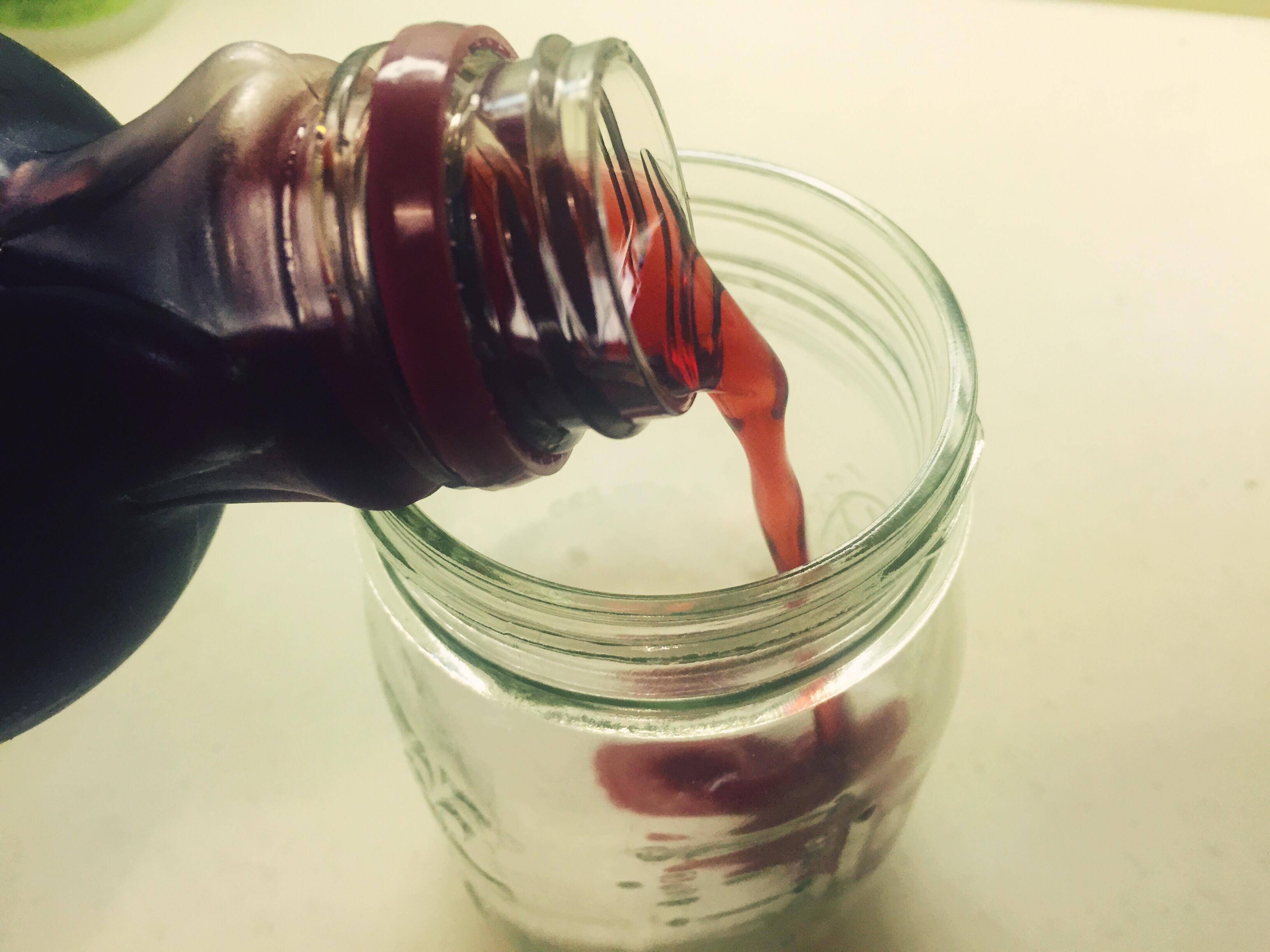 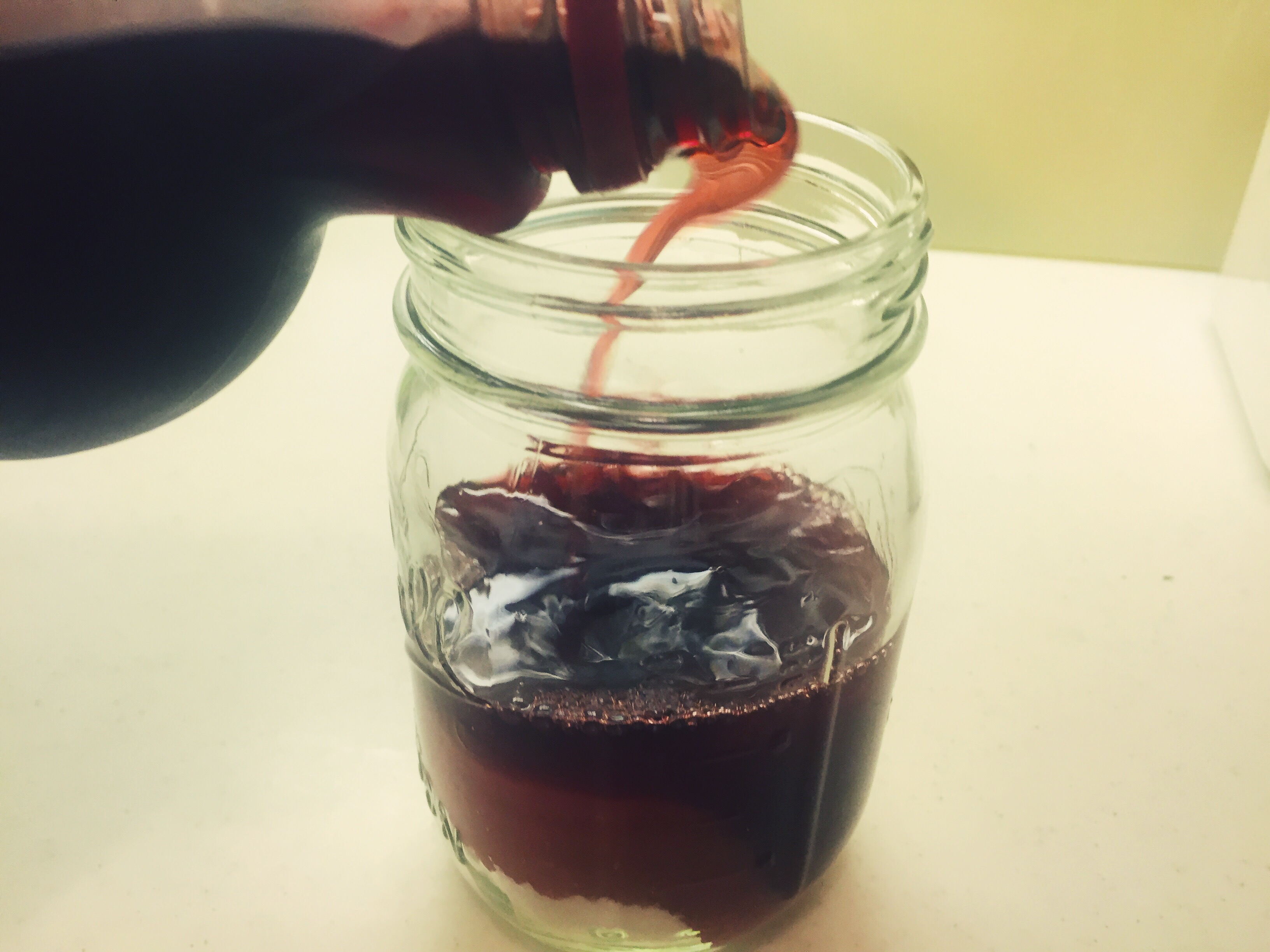 Many recipes get fancy with boiling down the juice to concentrate the flavor or adding pomegranate molasses, orange flower water, and other flavorings. I prefer the clean fruit flavor yielded by this simple method. 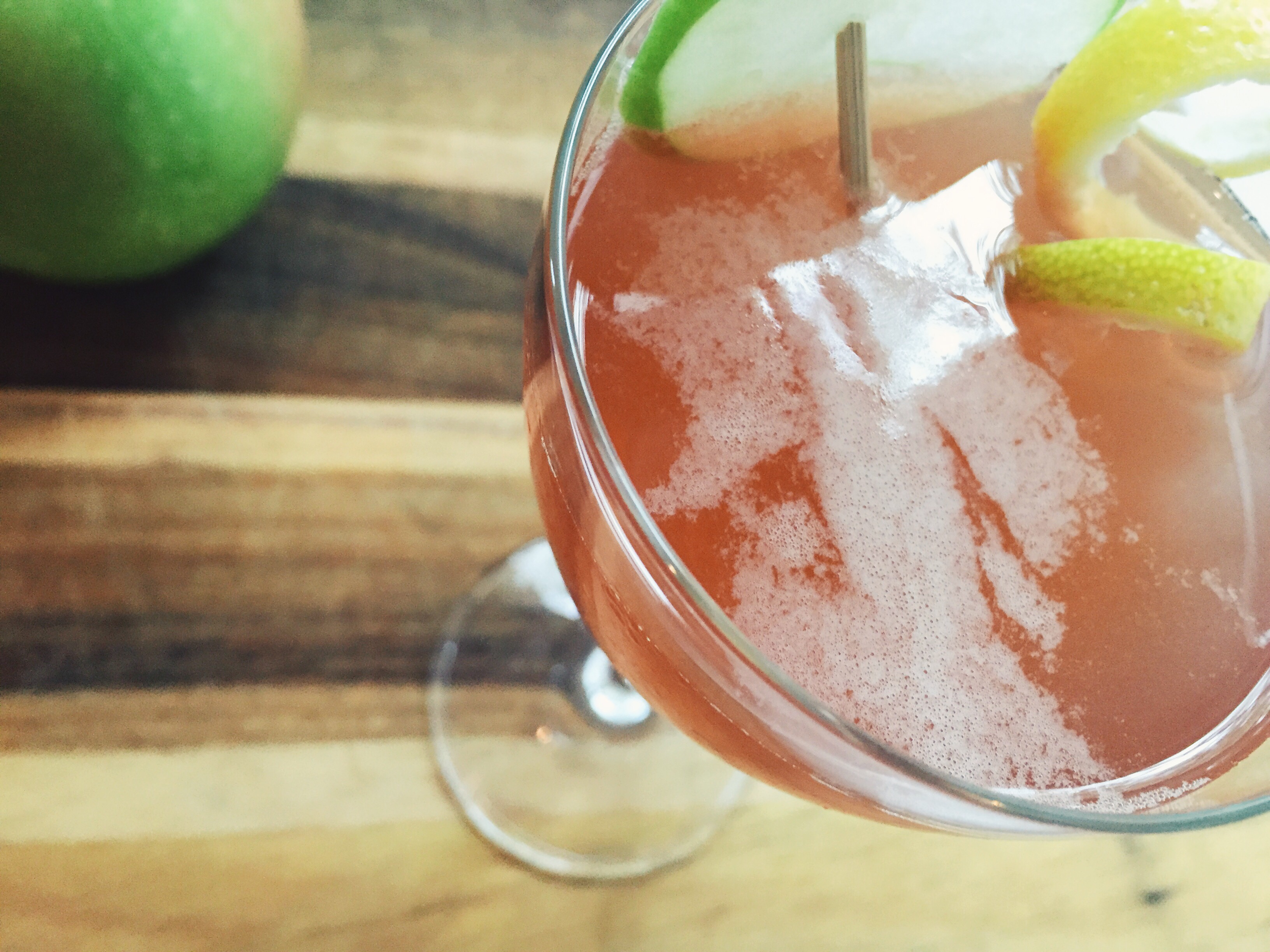 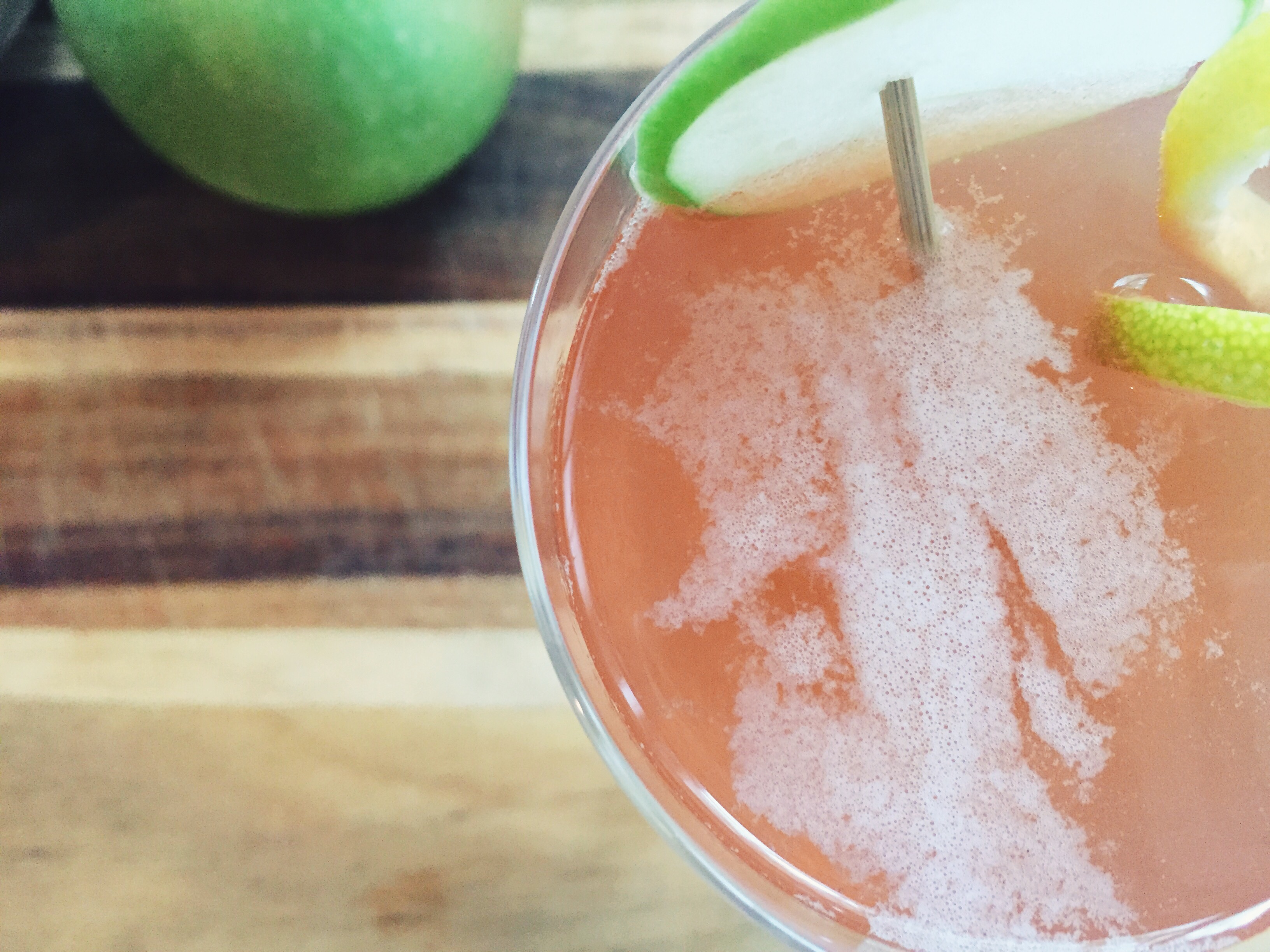 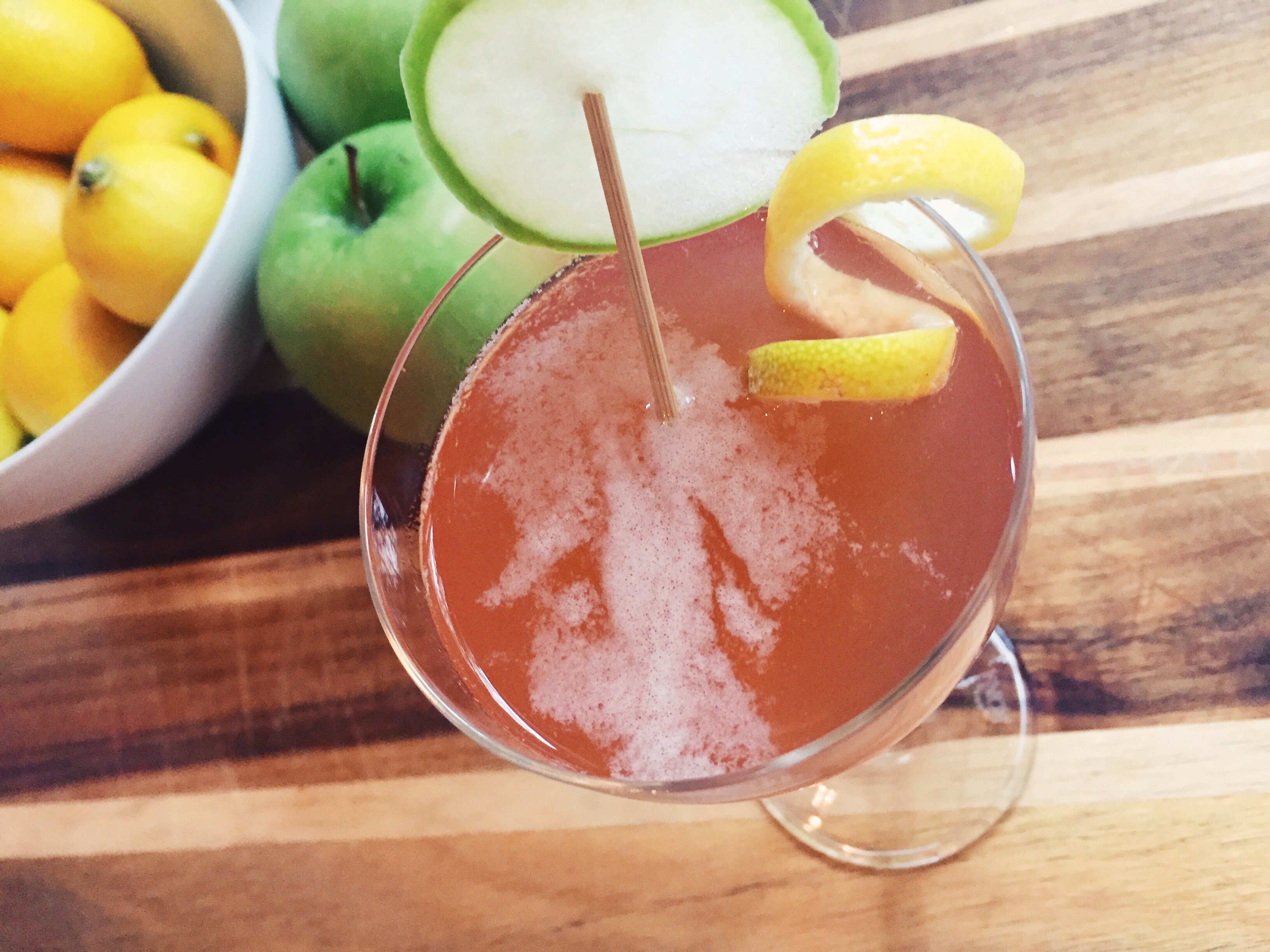 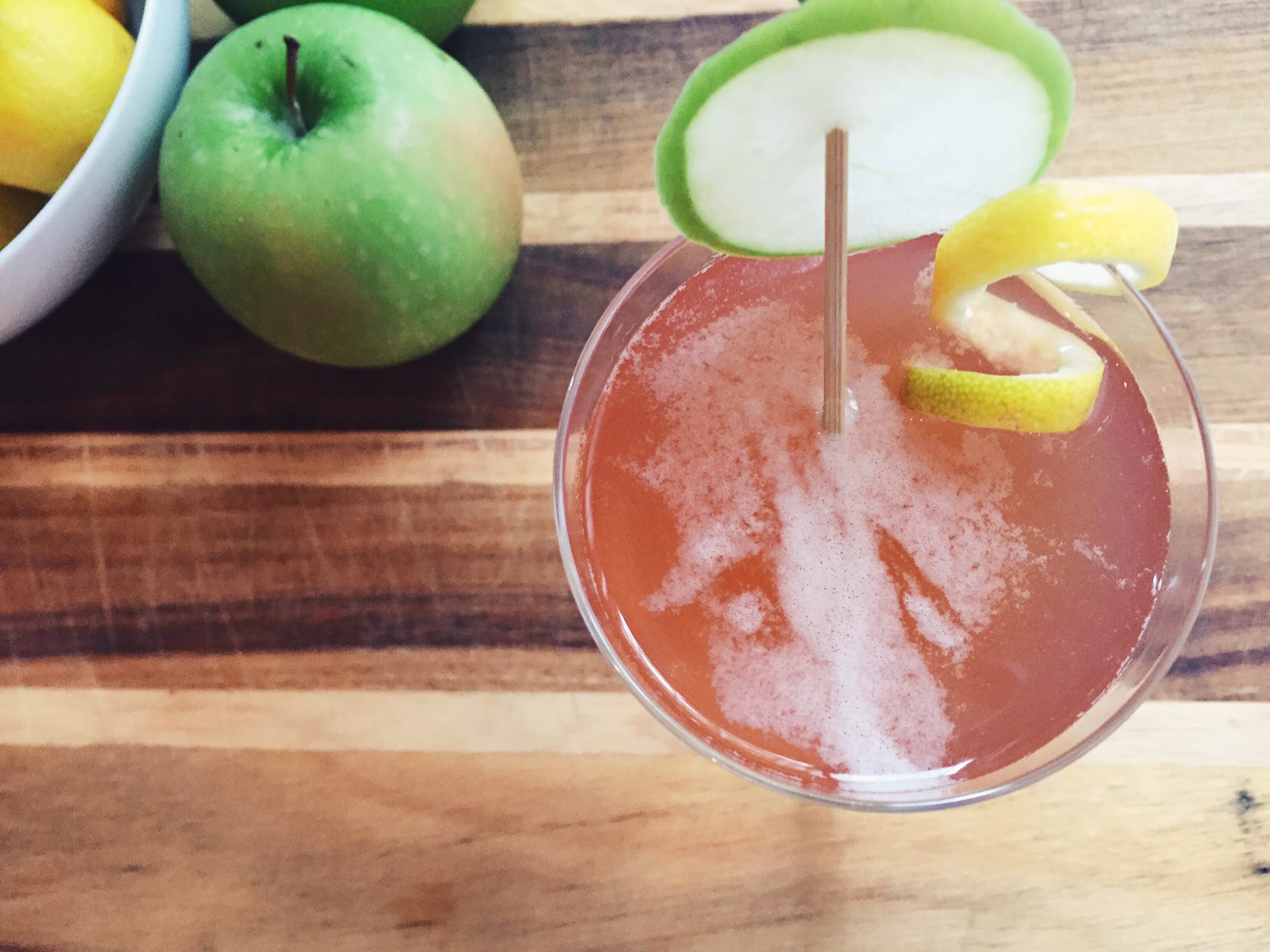