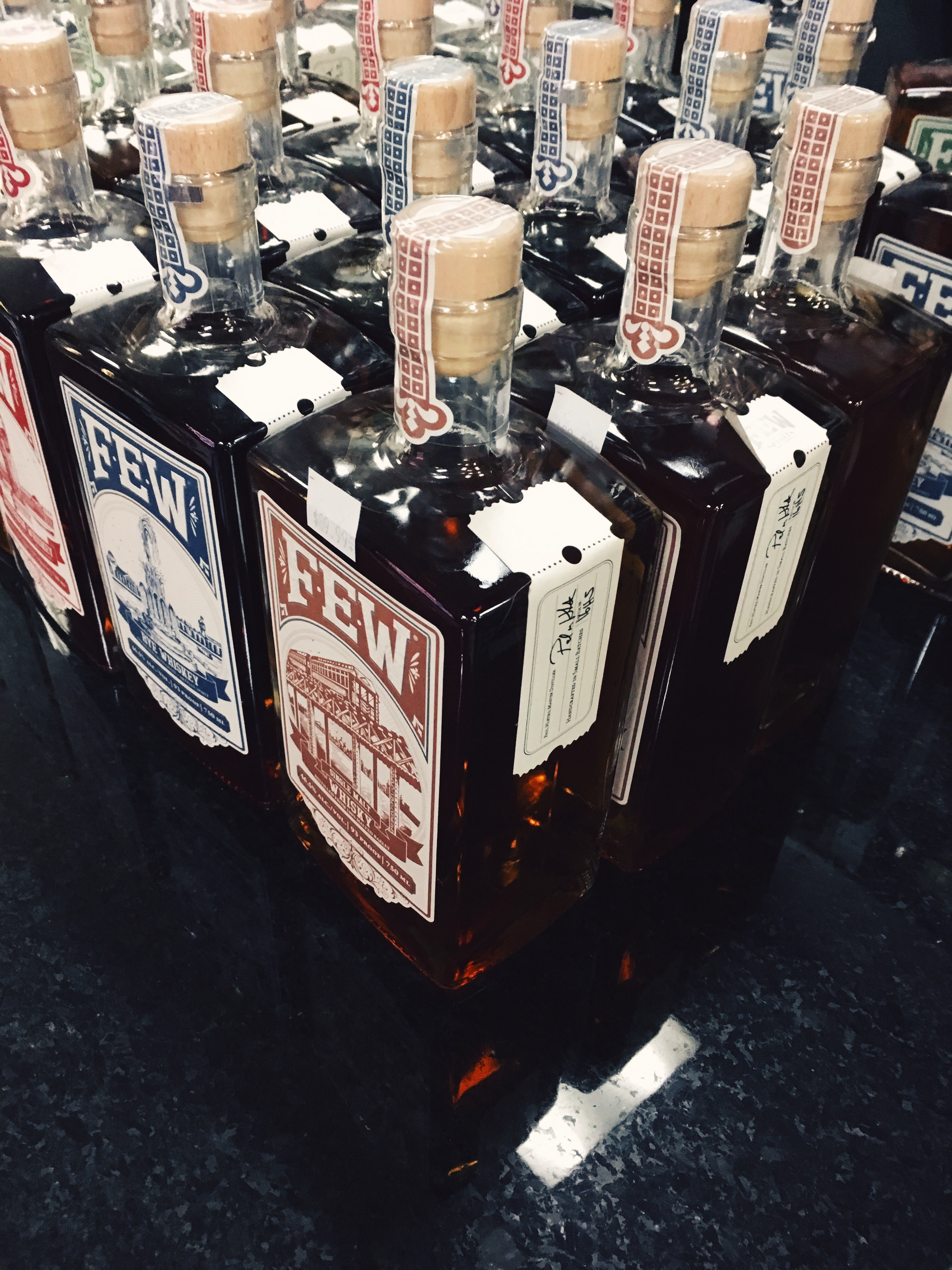 While Prohibition ended nationally in 1933, some localities decided to keep it going for a while. Take Evanston, IL, for instance. This small city on Chicago’s northern border, the headquarters of the Women’s Christian Temperance Union, kept Prohibition in place until 1972.

It’s ironic that one of the cities that held on to Prohibition the longest is also home to one of the oldest established craft distilleries in the country, F.E.W. (named after Evanston local and WCTU founder Frances Elizabeth Willard). With its unusual number of years in place, F.E.W. is in the enviable position that everything they release is produced by them completely, from grain to glass.

F.E.W. recently stopped by our neighborhood liquor store, Chat’s on Barrack’s Row in DC, to give us a rare opportunity to taste all six of their spirits, three gins and three whiskeys.

American Gin: gin with the botanicals turned up to 11, literally and metaphorically

Barrel Gin: aged in the same new oak barrels as their whiskey

The American Gin was quite floral, and noticeably citrus. It tasted like a finer, more successful version of what New Amsterdam was aiming for. We prefer our gin drier and with more juniper, but have to admit that F.E.W.’s American is quite user-friendly. We imagine it would make for a delicious gin & tonic, and perhaps too flowery a martini.

If we hadn’t been told there was tea in the Breakfast Gin, we wouldn’t have known. Rather, it was excellently bone-dry. Put it together with a good dry vermouth like Dolin for the perfect dry martini.

The Barrel Bin is interesting in that it’s rested in new barrels, rather than used ones as most barrel-rested gins are. This gave it a sharper, more oaky flavor than usual, like a gin that had made its way partly to being whiskey–which is, in fact, what it is.

The Rye and the Bourbon both tend toward the middle, with the one having more corn and the other more rye than is usual in craft whiskeys. The Rye is smoother and the Bourbon spicier, therefore, than you might expect. If you’re looking to have just one, rather good bottle of whiskey to cover all of your cocktail needs, choosing one or the other of these would be a good way to go.

It felt like a special treat to be able to taste an extremely rare American single malt. I didn’t even know we did that. It was surprisingly different both from typical American whiskeys and from single malt Scotches, with a smooth, soft finish that reminded me of licorice tea.

All of the spirits were distinctive and of high quality. The price point is high for the whiskeys, but whiskey takes time, and time is expensive. Chat’s offered us an unbelievable value on the rye; so we gladly took the bottle home.

from our beloved Savoy Cocktail Book. Craddock calls for Irish Whisky, but you have to remember that American ones weren’t being produced at the time. 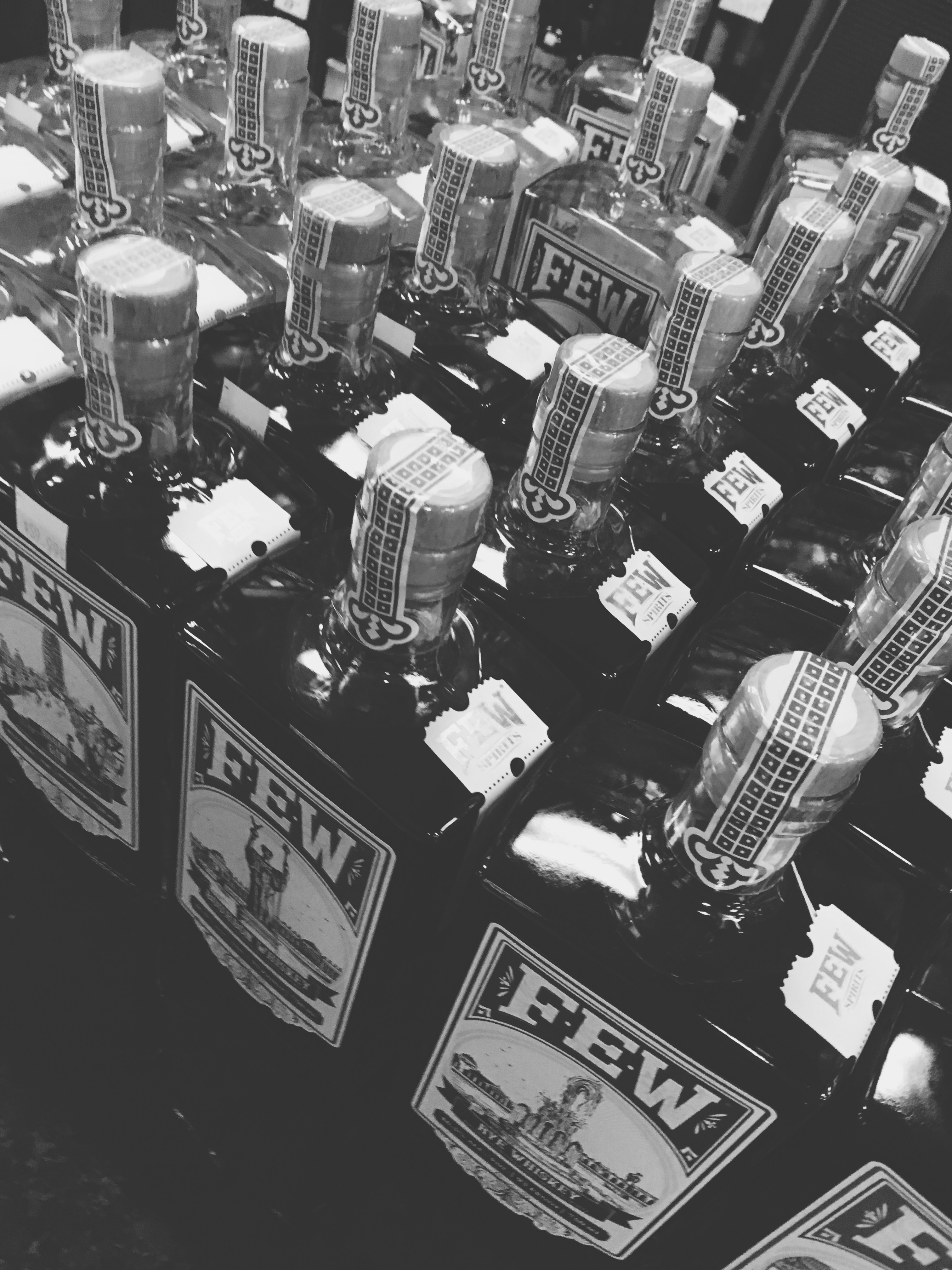 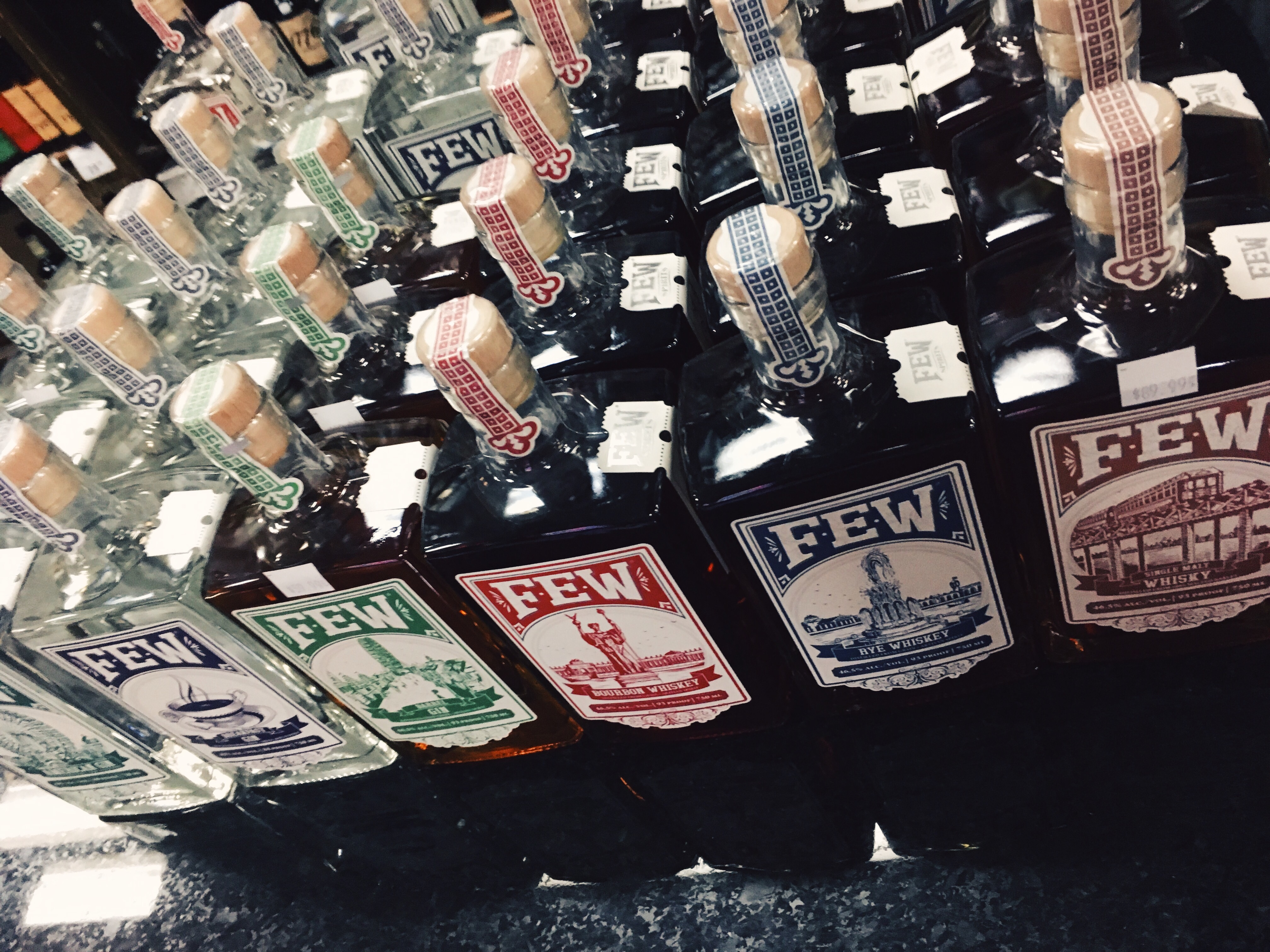