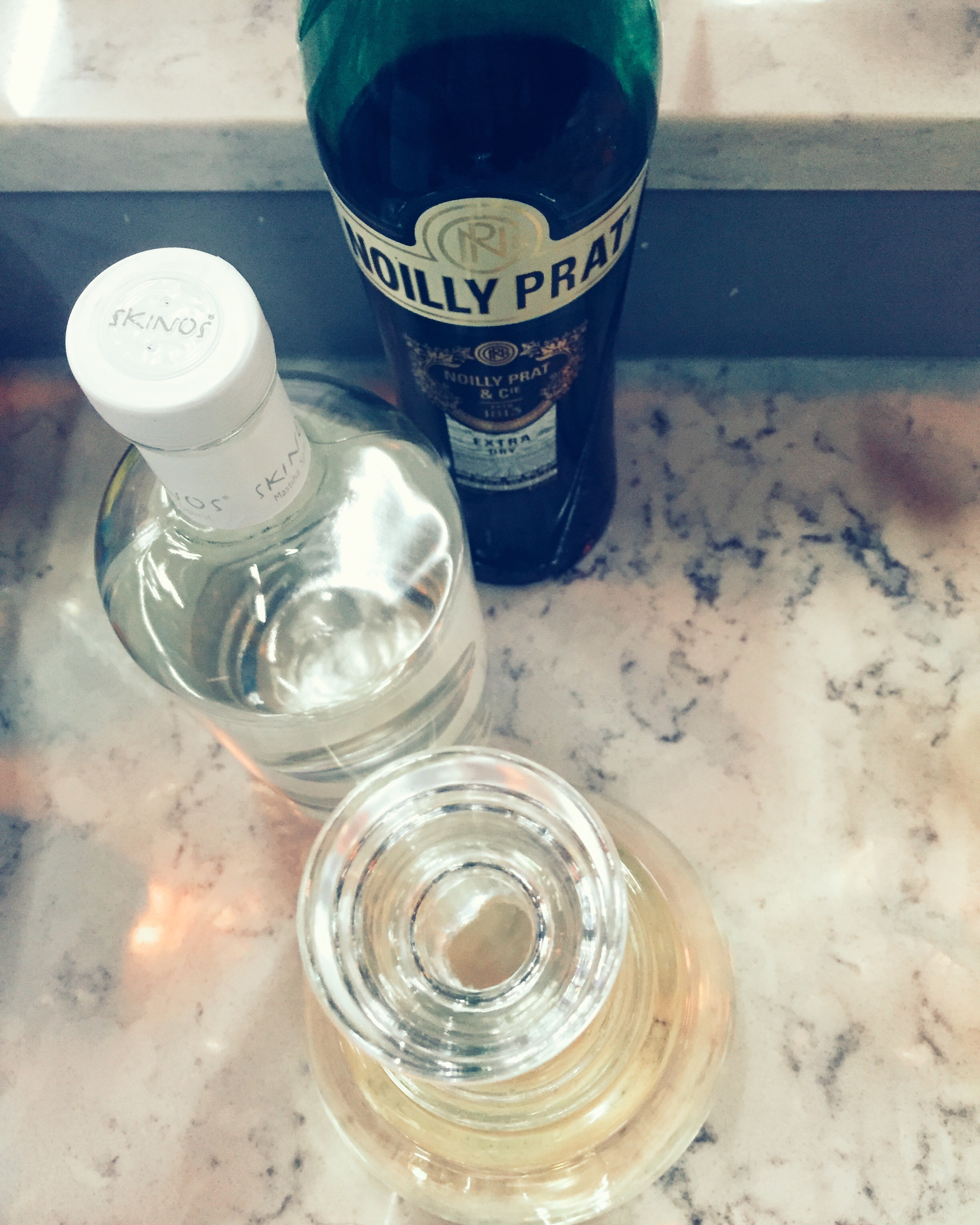 Drink of the Week: Transparency

We mentioned last week the super fun Harvard Kennedy School alumni event we got to be a part of. What we didn’t tell you was the topic: Can Innovation Save Democracy? The panel discussed the ins and outs of innovation’s role in transforming and improving civil society. It was only fitting that the drinks matched the topic.

It’s impossible to escape election coverage if you’re in DC (and I’m guessing given the past 8 months of election campaigning that this is somewhat true everywhere). One of the big themes of this particular election is transparency, and the lack thereof. It seems most people equate transparency with trust. They want to know exactly what they’re getting. As far as we can see, Trump can get away with saying ANYTHING because he’s transparent (or at least he seems transparent). It might be terribly offensive, but you get the impression from the guy that he is going to tell you exactly what he thinks. People like that, because they can guess what’s coming. Nothing is hidden. You can see right through. Transparency! 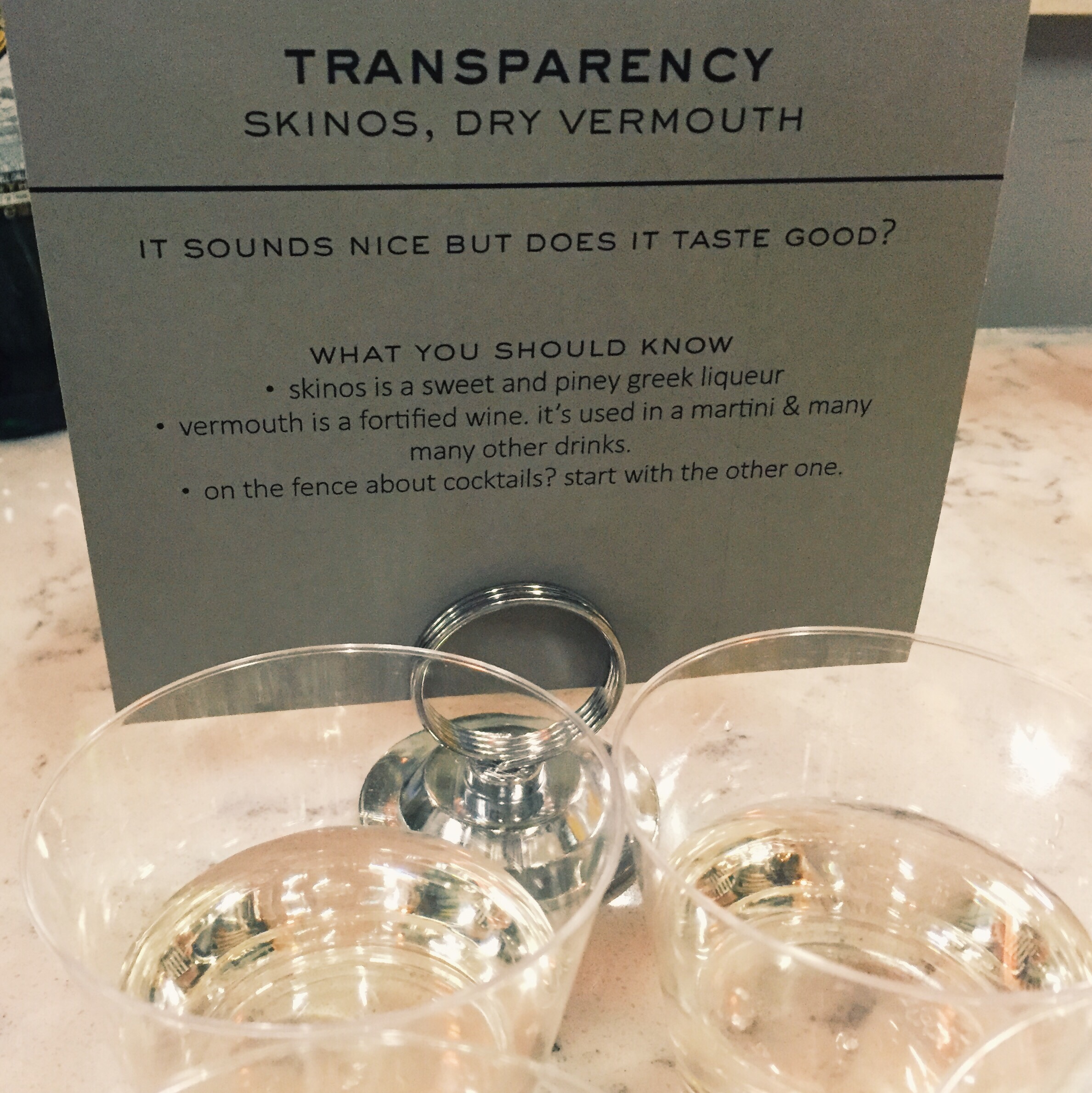 This display of transparency hasn’t convinced us to vote for Trump–or Sanders, his equally scrutable counterpart on the Democratic side, for that matter–but it did seem like a great inspiration for a drink recipe.

And so we set off to make a cocktail that was both completely transparent and still delicious. We lined up all of our possible bottle of transparent spirits, and–let me tell you–there wasn’t actually tons to work with. Most of the liquers that we love, gone. Even our beloved cocchi had just too strong of a gold hue. As it turns out, even in the spirits world, transparency is hard to find.

We eventually landed on a 50/50 Skinos, vermouth martini. Skinos is this fabulous Greek liqueur that we raved about here. It’s piney and grassy and sweet all at once, BUT not at all syrupy (think of the thickness of limoncello as a point of comparison). It’s still quite strong, and was too intense for normal martini proportions; but the 50/50 ratio worked beautifully. The drink had stiff competition in a line-up of other popular drinks, but it held its own and quickly gained fans in a way that most standard martinis can’t.

Make it! And watch the elections! 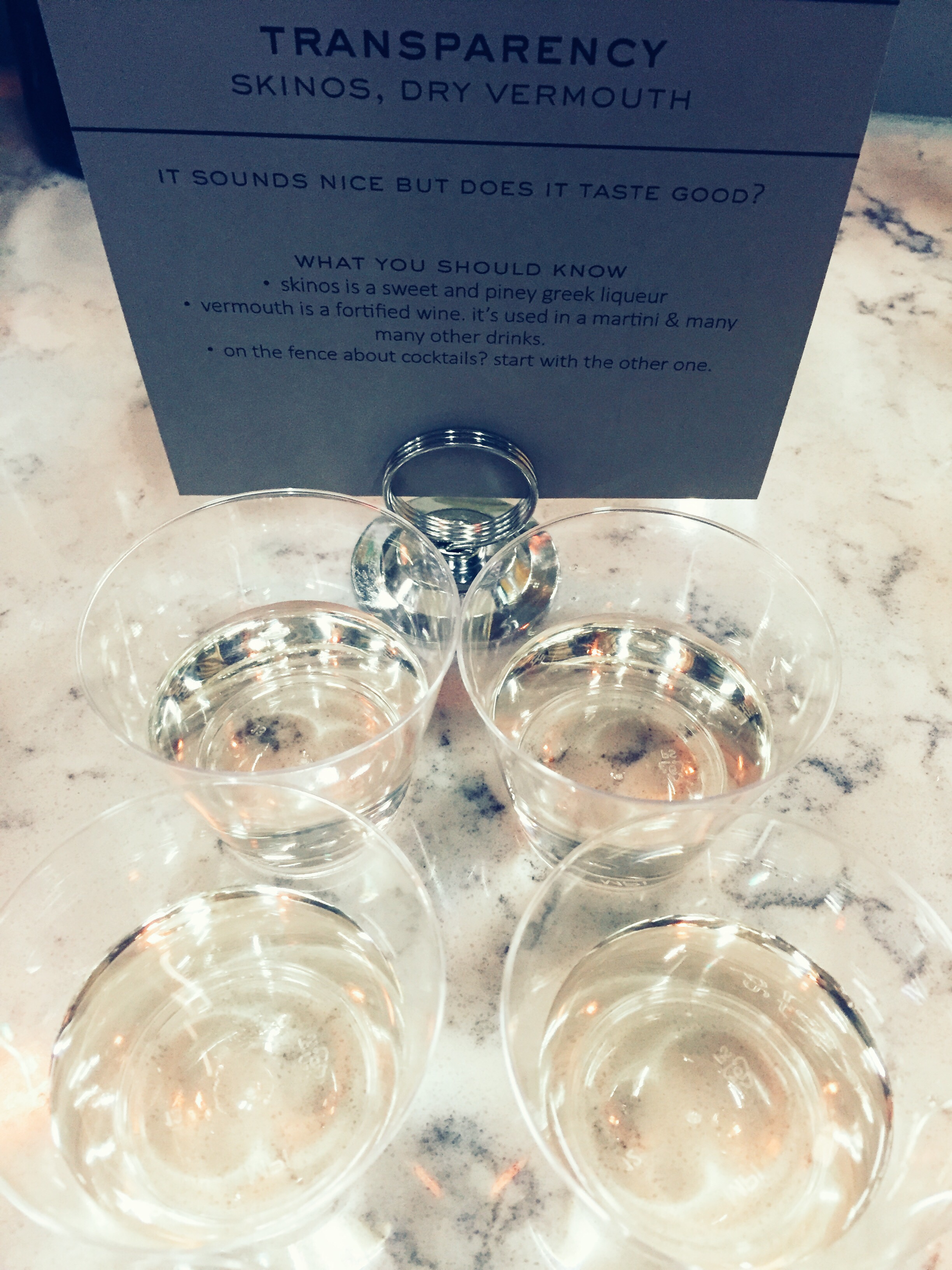 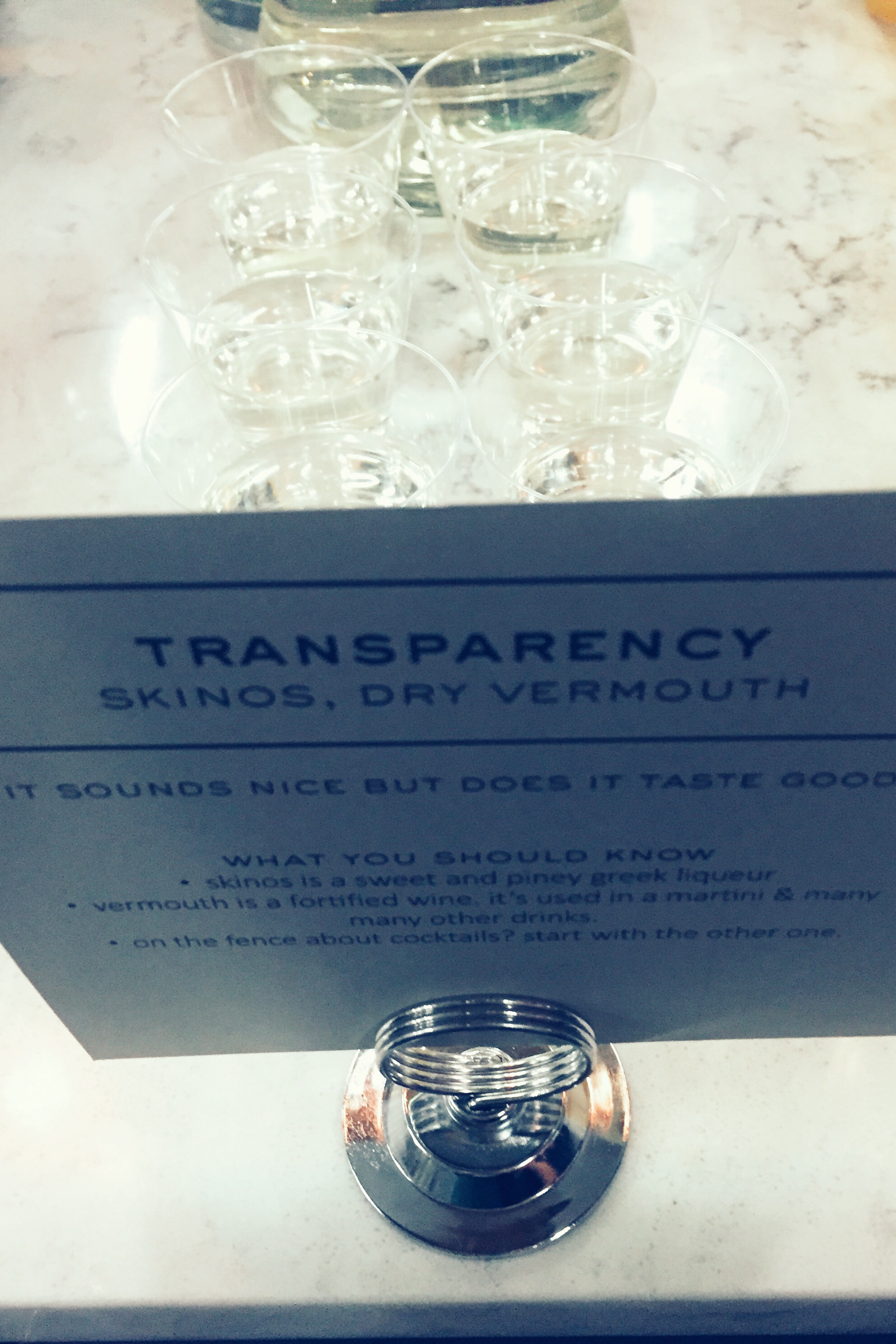