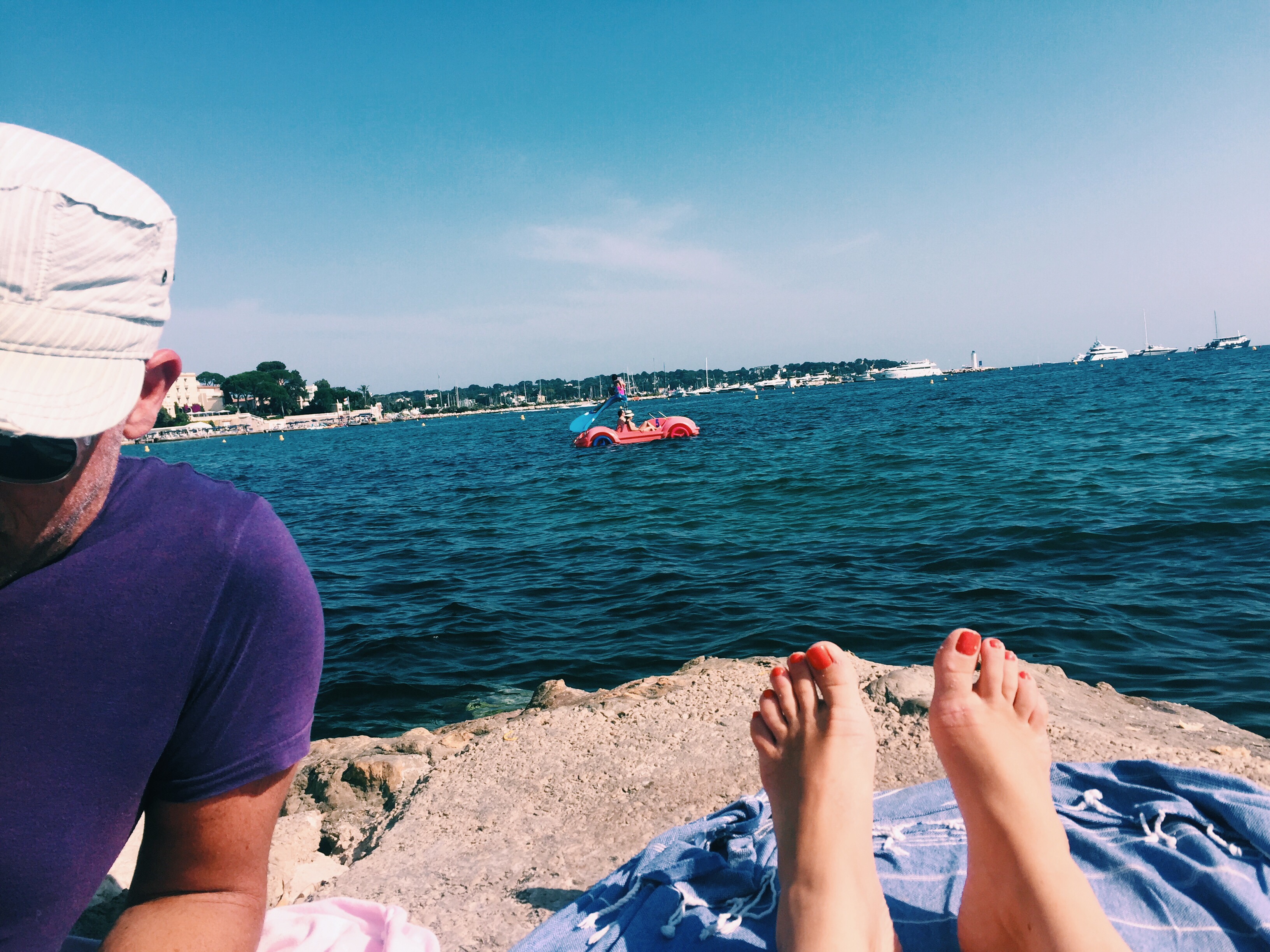 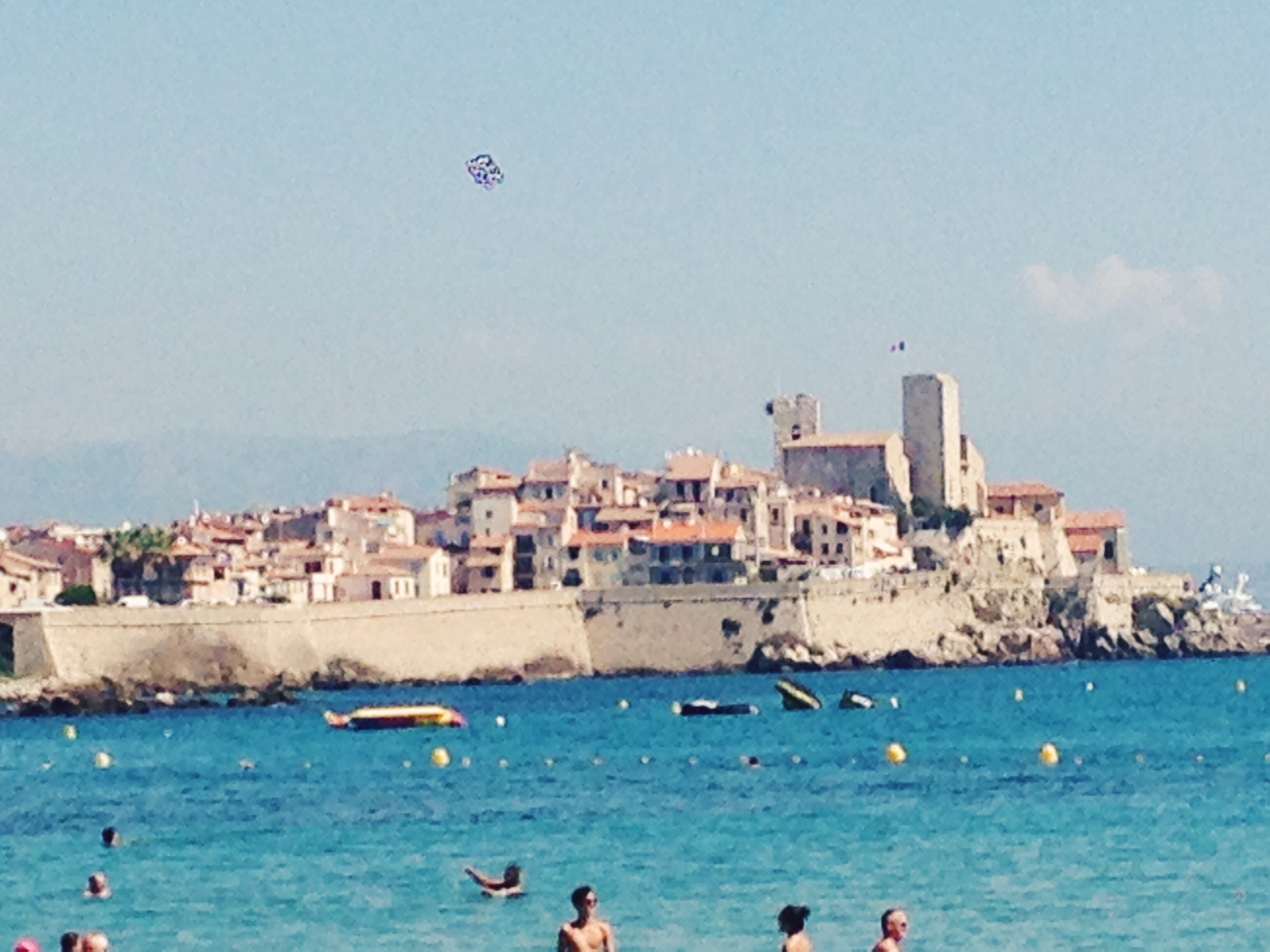 We spent five glorious days on the French Riviera. We stayed in the charming medieval town of Antibes, on a little peninsula into the Mediterranean between Nice and Cannes. Our apartment was about ten minutes from a sparkling blue beach and about five minutes from the winding, narrow, flower-bedecked streets of old town. After a few days of relaxing by the beach, we thought it was time to get our legs moving; so we thought we’d take a walk around the cape to the other side of the peninsula. A coastal walking path took us past (literally) palatial beach houses, perfect little hidden inlets, and grand hotels. 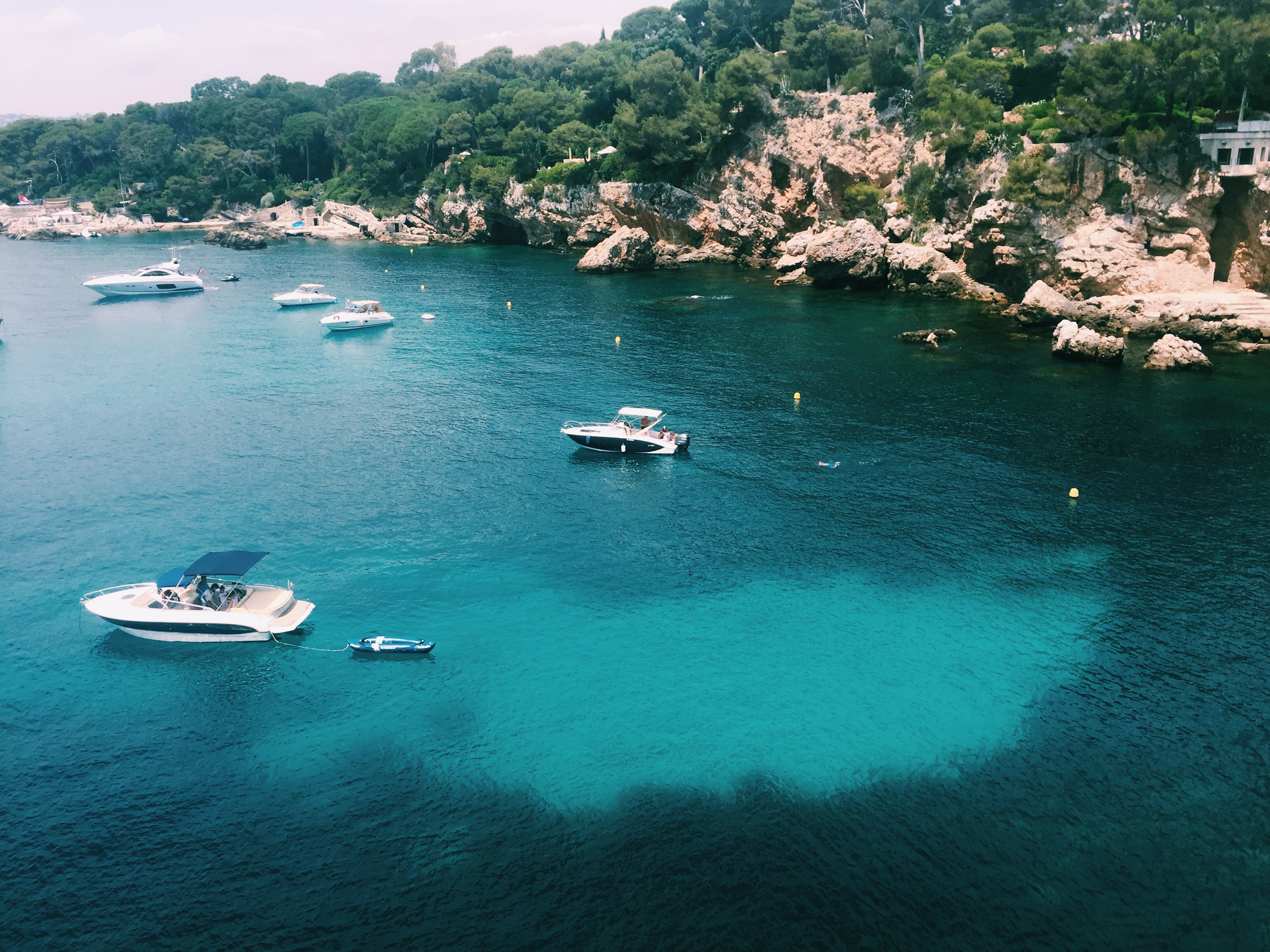 Suddenly, the atmosphere changed. It was right around the casino. It was as if Atlantic City had moved to the Riviera. We had found Antibes’ clubby, younger sister, Juan Les Pins. In a few short miles we’d experienced three radically different beach atmospheres: the quaint medieval city, the playground of the very rich, and now the French version of Daytona Beach. We grabbed a spot on a rocky pier to enjoy the beach party. 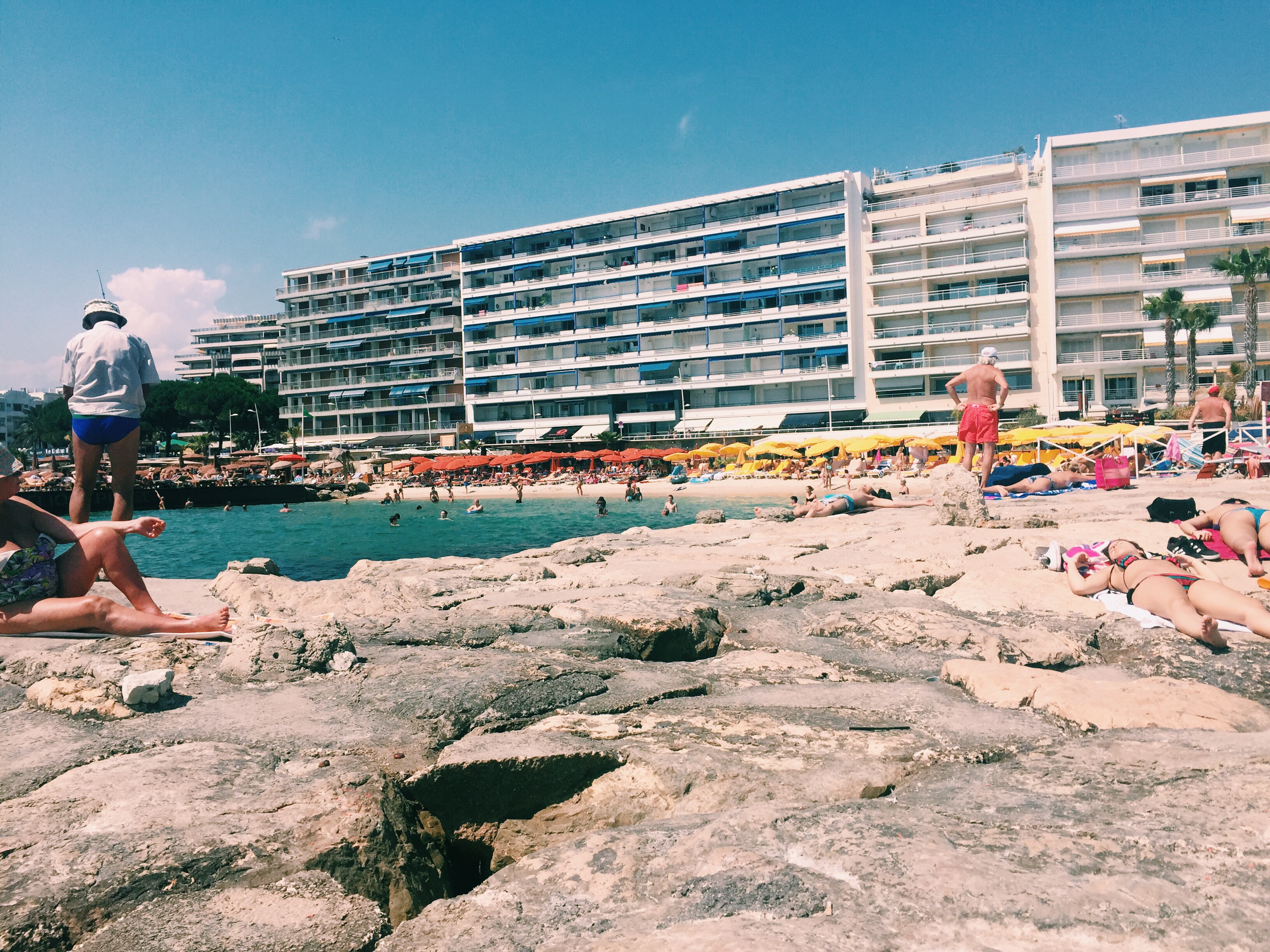 After a long, hot walk and a couple of hours on the beach, we felt like we needed a little drink before our walk back across the peninsula. Thus, we found ourselves at PamPam, the tiki bar to end all tiki bars. 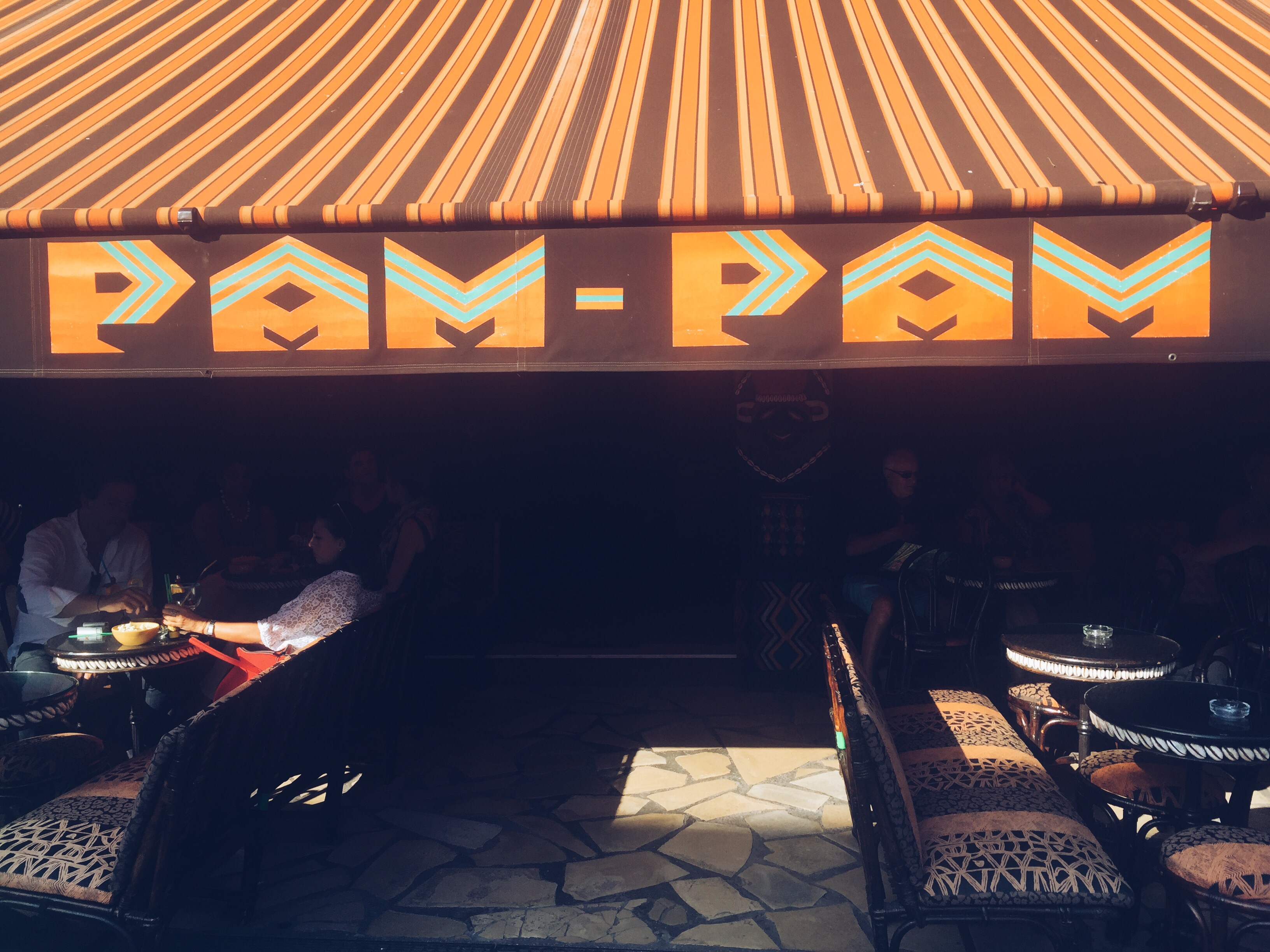 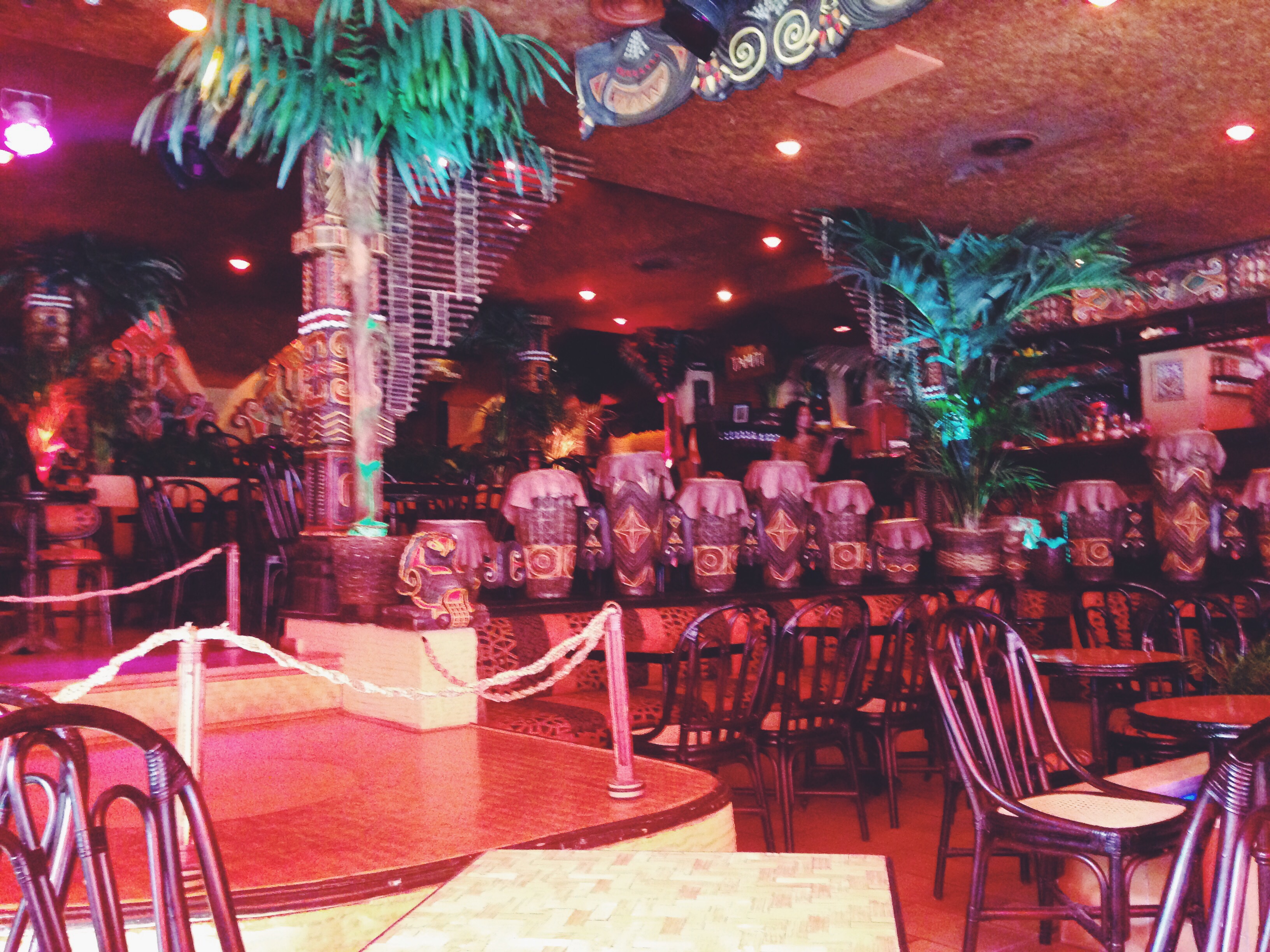 We generally tend in the direction of fairly sophisticated cocktails, but we have a guilty pleasure. After a long day on a hot, sunny beach, nothing hits the spot like some rum mixed with ice and tropical juices. Pam Pam was more than happy to deliver. They offered dozens of variations on just that theme. We don’t even remember which ones we ordered. We only know that they were cold, rummy, and involved coconut. We left Pam Pam happy and refreshed for the final leg of our walk back to Antibes. 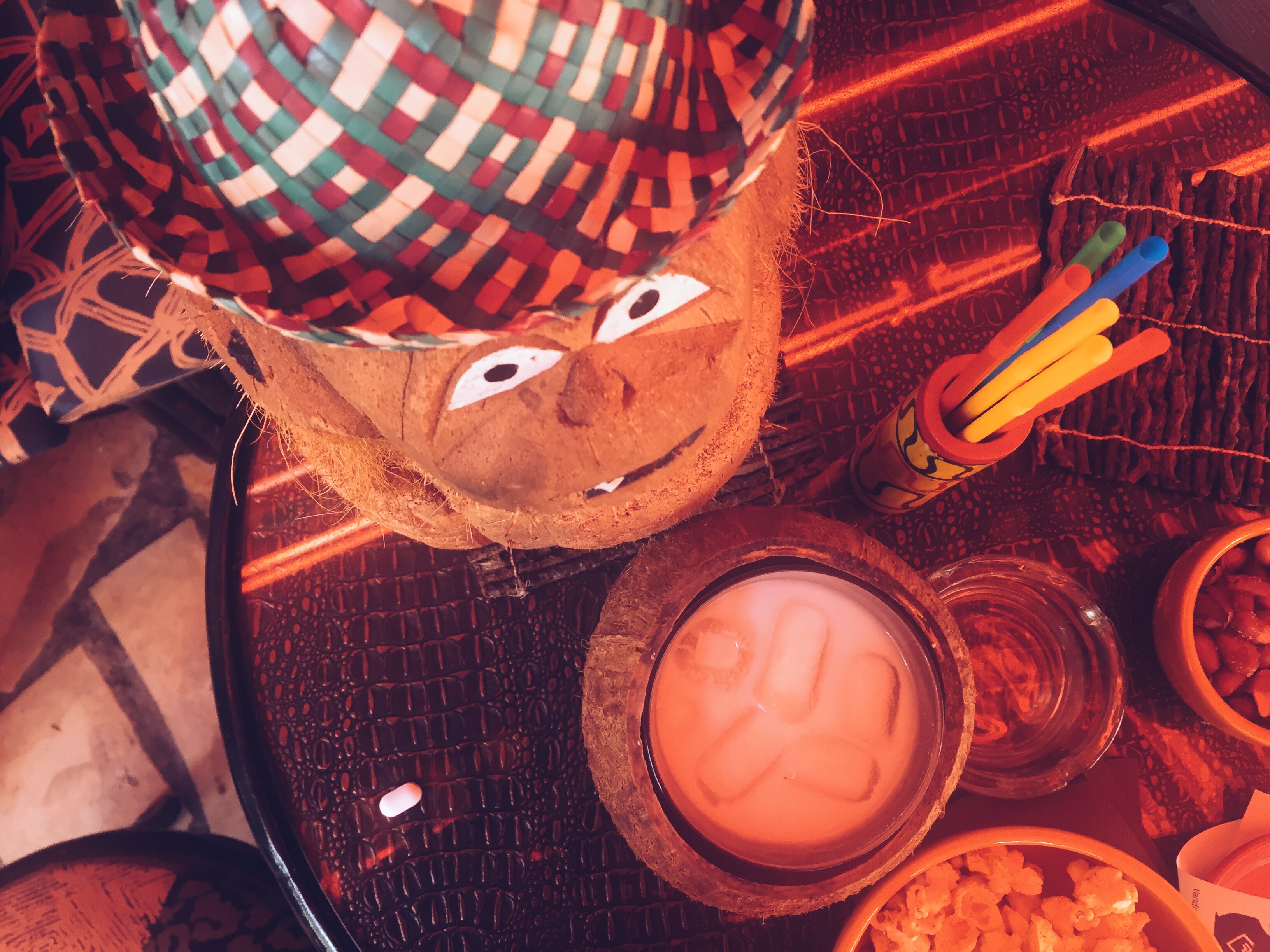 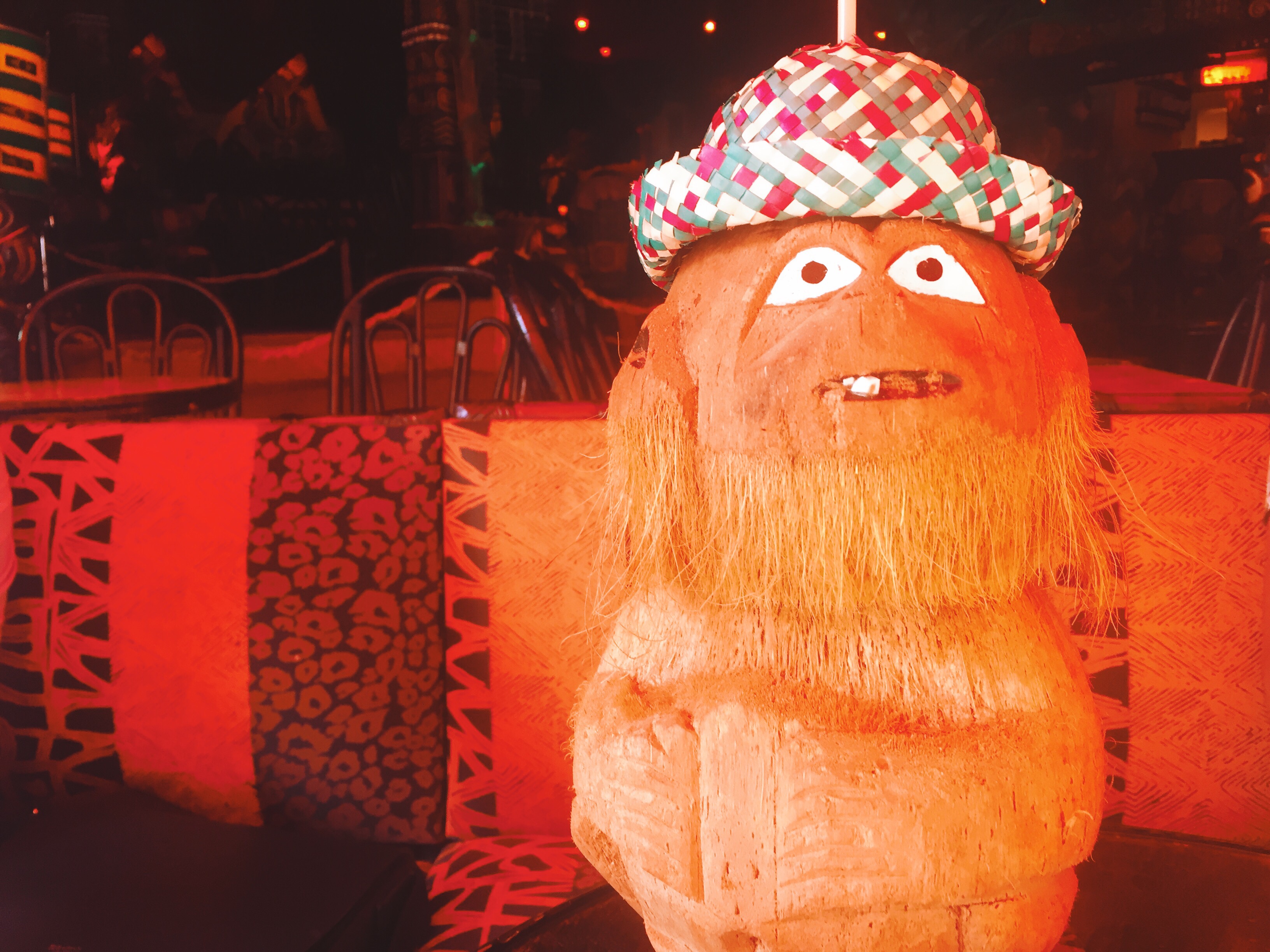 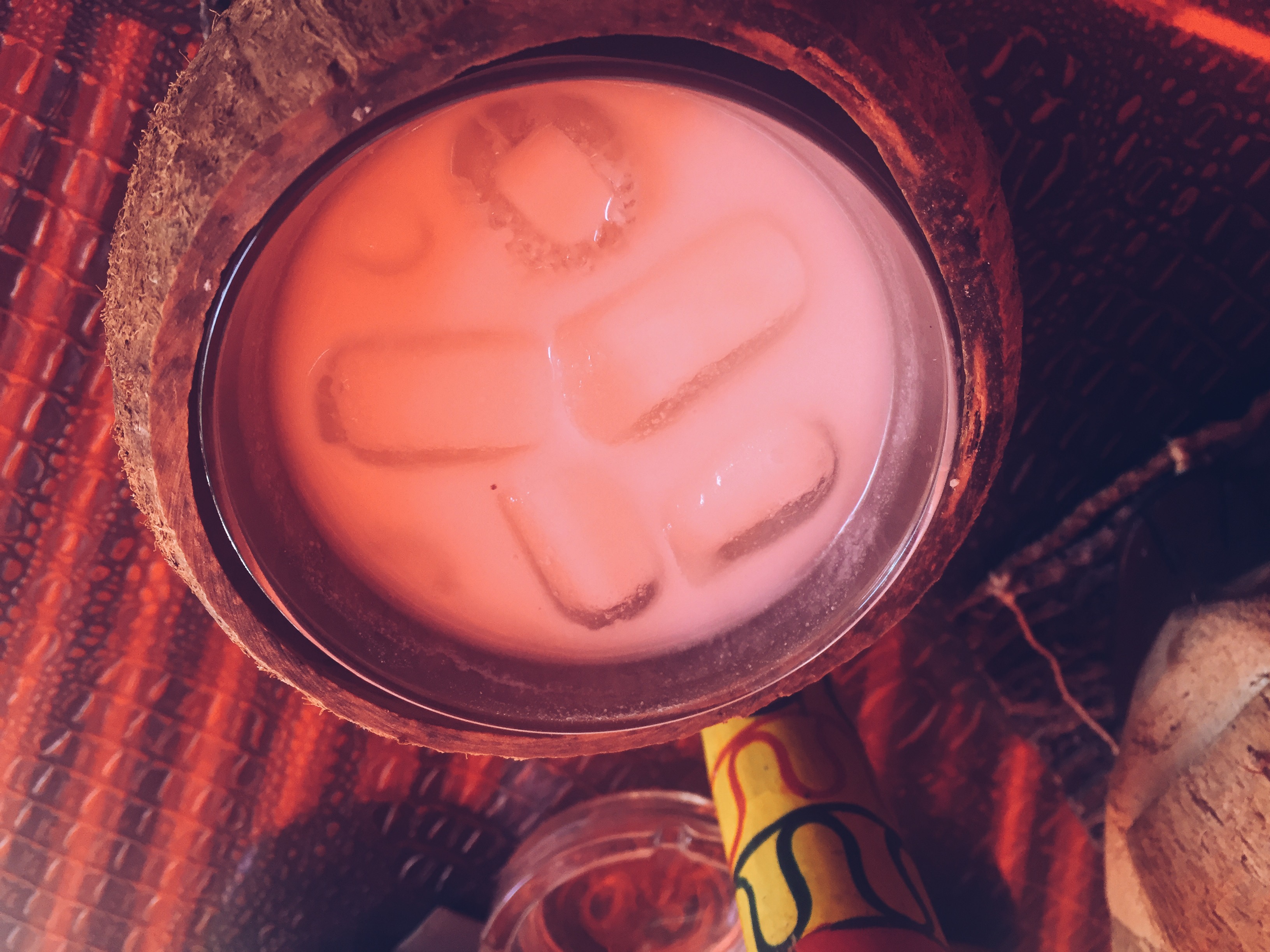 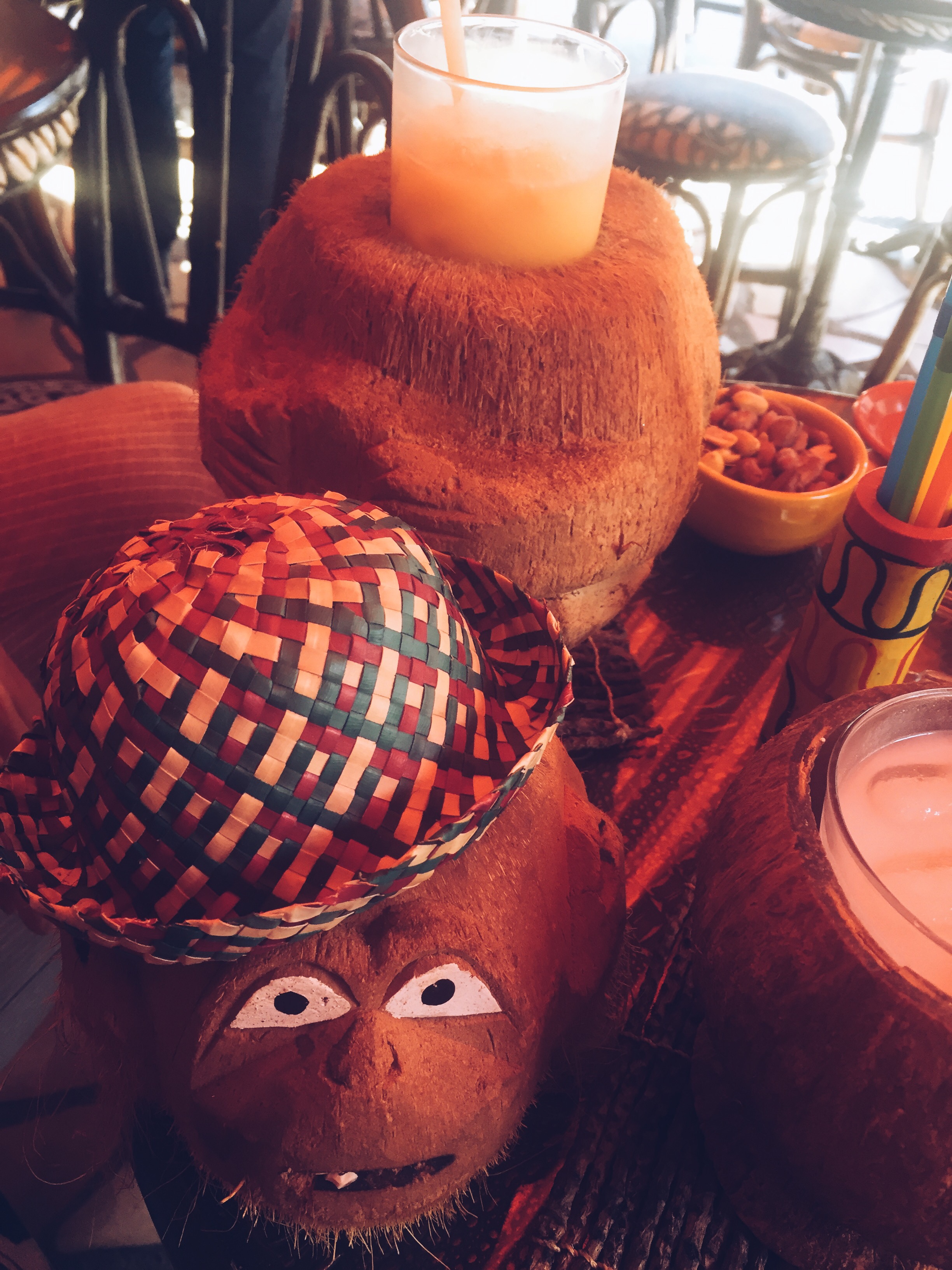 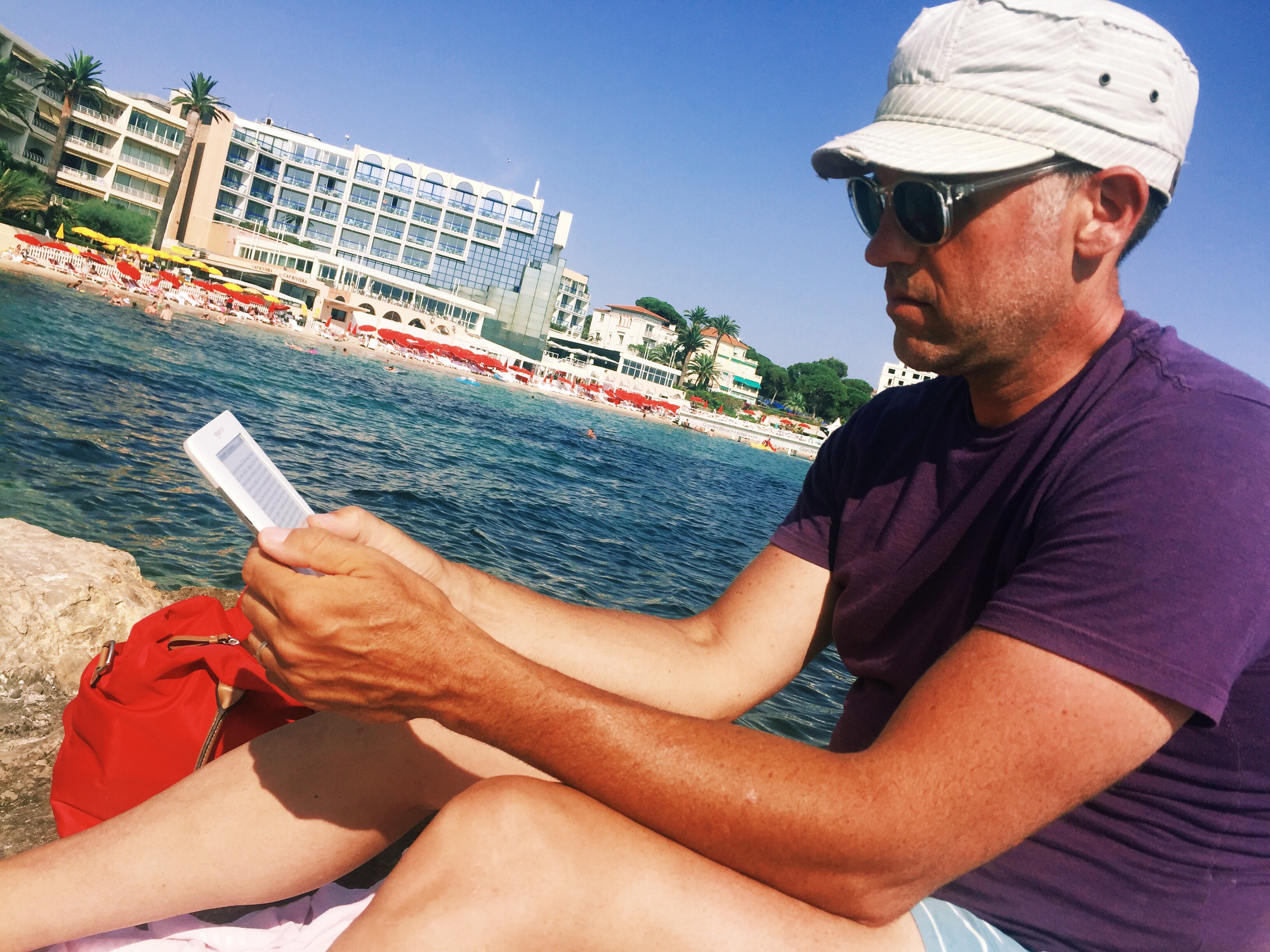 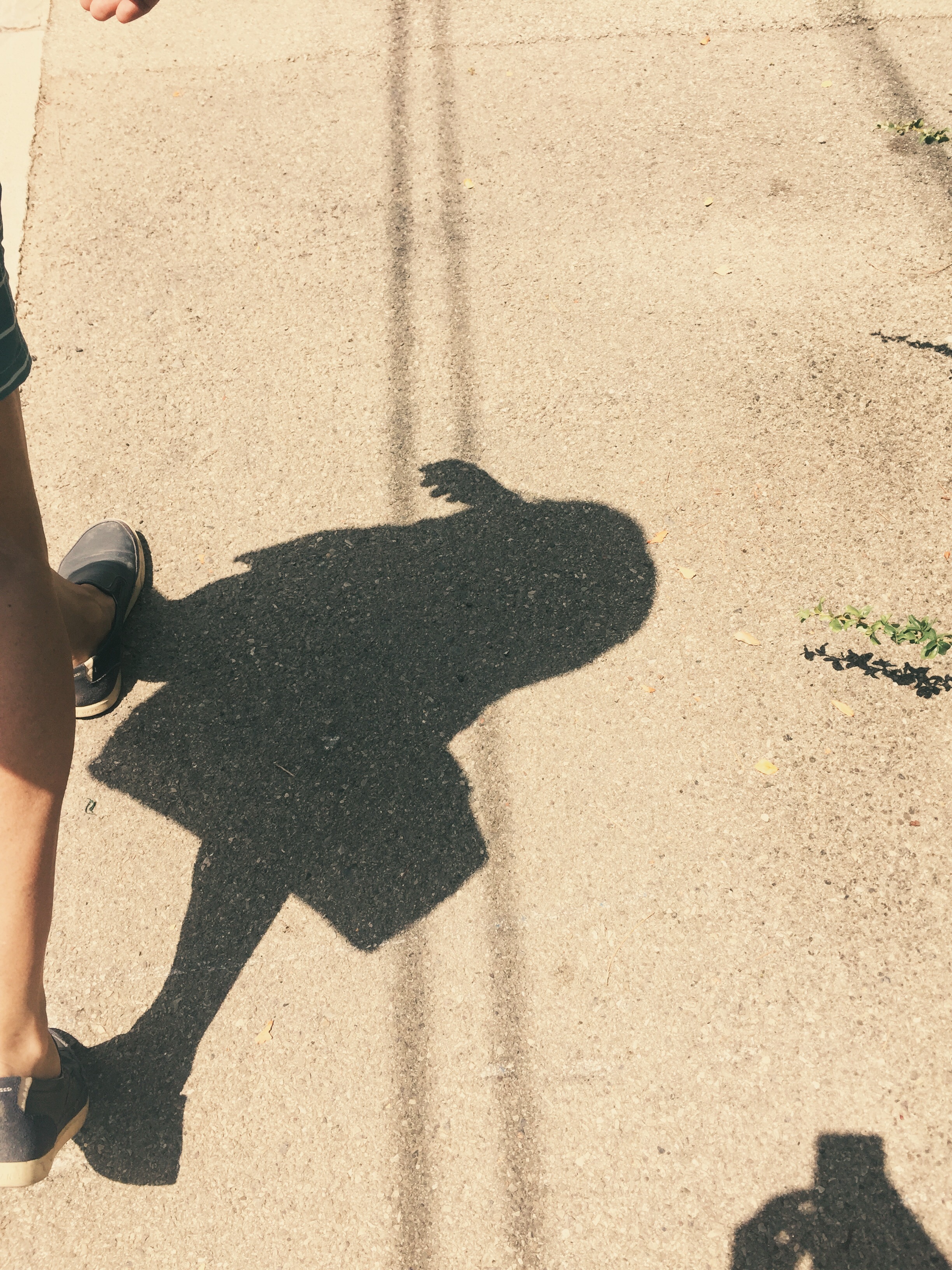