Ernest Hemingway is like the Hercules of cocktails. He traveled the world, performing prodigious feats of drinking; and to this day, the bars he visited during Prohibition still boast, ‘Hemingway drank here.’ Perhaps his greatest Herculean labor of all was drinking a record number of Daiquiri’s at the Floridita in Havana–at the time, the center of the Daiquiri world. We’ve read that he drank 15 of them at one sitting. We’ve also heard  it was 16. From his own mouth (not first person, of course, but quoted in To Have and Have Another), we’ve heard that he drank 17, and those DOUBLES!

Such a feat–even if it’s the more human 6, which we’ve also heard–seems worthy of having a drink named after you. It’s almost certainly the case, though, that Hemingway himself never drank a Hemingway Daiquiri. The Heminingway Daiquiri is a more accessible version of the drink; and Hemingway famously liked his Daiquiris ‘without sugar, and with double the rum.’ Hemingway wanted his Daiquiris ‘extra hot.’ You can imagine that the Floridita would want a ‘medium’ version for the unititiated; and you can forgive them for naming it after their most famous patron. After all, no bar can resist the claim, ‘Hemingway drinks here.’ 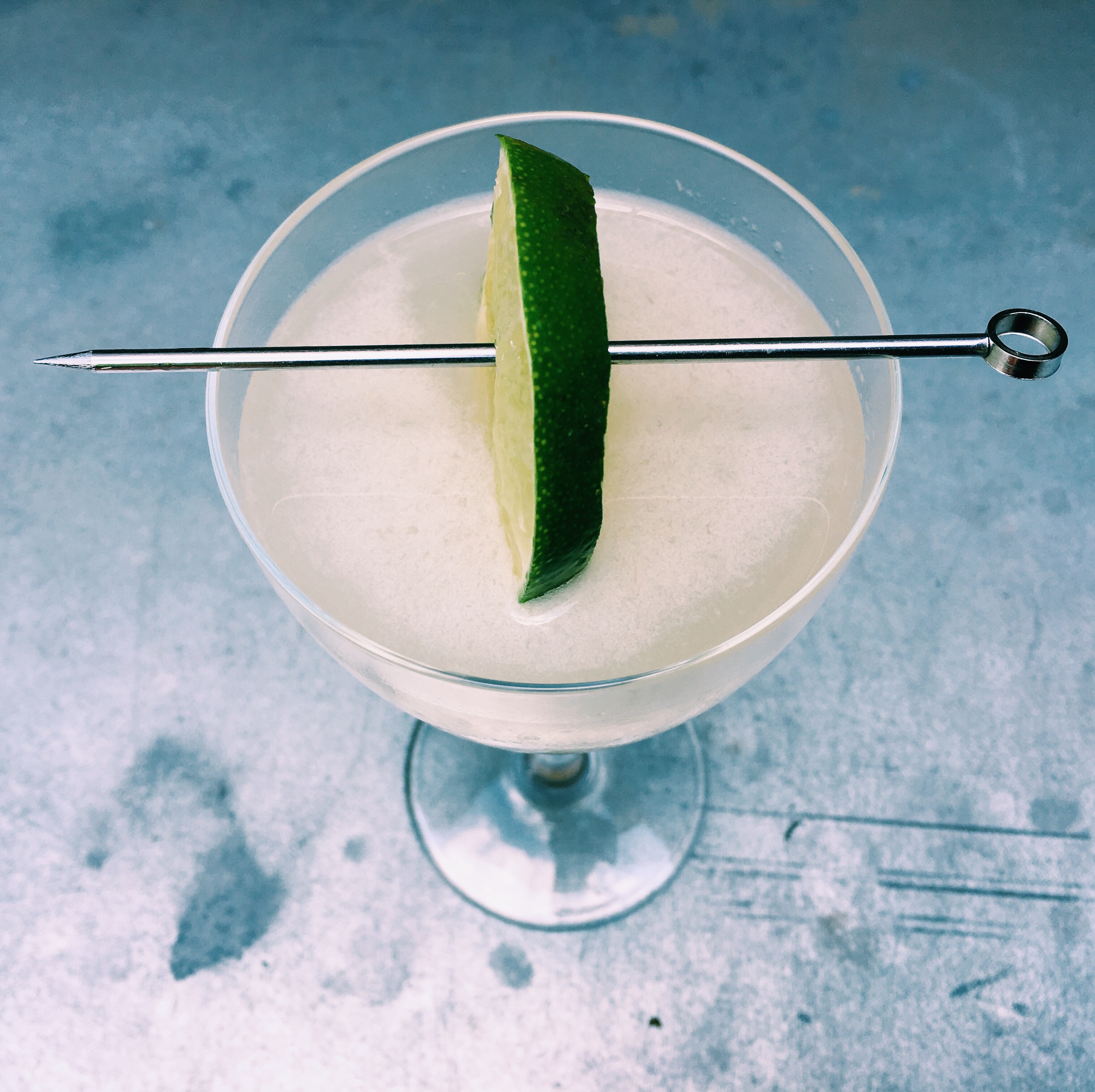