A couple of times now, I’ve mentioned the idea of drinking a liqueur in the European fashion. Since it keeps coming up, I thought it might be worth elaborating a little.

Over the hundreds of years that they’ve been making liqueurs, continental Europeans have developed the admirable and civilized custom of starting and ending their meals with them. 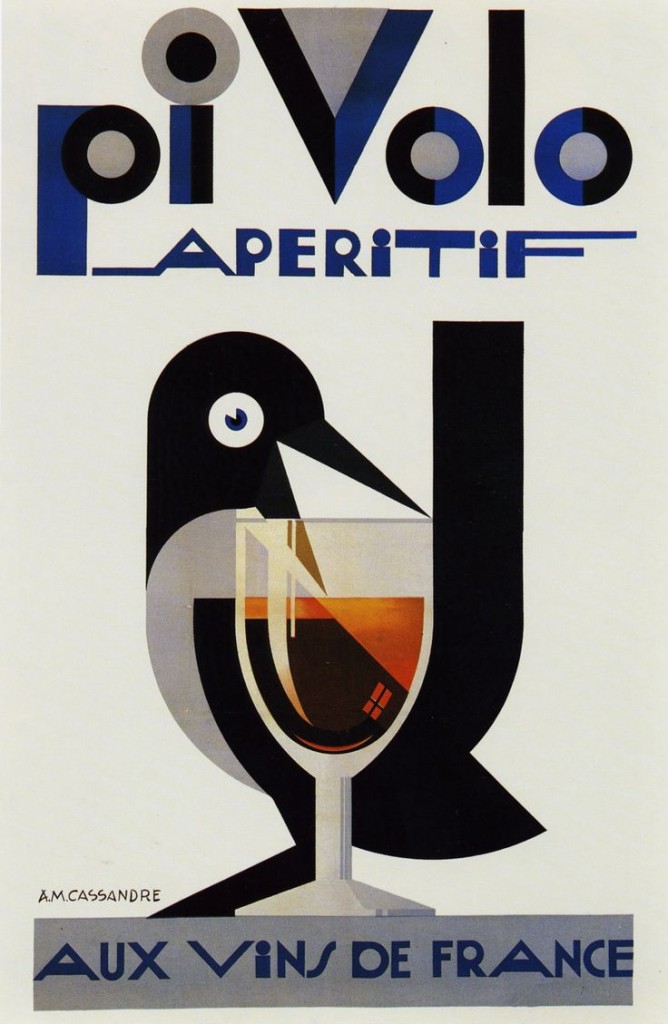 The ones at the beginning of the meal are called aperitifs, or aperitivo if you prefer the Italian (from the Latin for ‘to open’). These opening acts of a meal are meant to ease you in; so they tend to be lighter in both flavor and alcohol content, wine-based and subtly herbal. Among the liquors we’ve discussed, vermouths and Cocchi Americano are good examples of aperitifs. 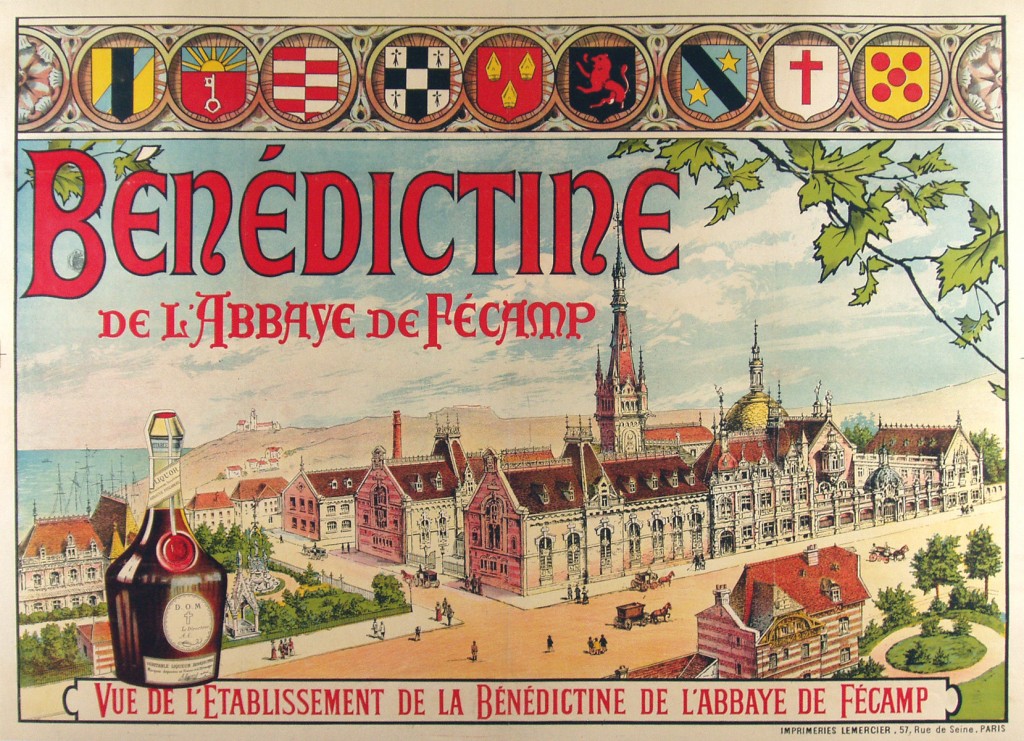 At the end of a good European meal, you have the digestif, so called because it helps or is said to help with digestion. The digestifs tend to be a little harder hitting, with a spirit base and stronger, often sweeter flavors. As we mentioned in our Pope post, Chartreuse is one example; limoncello is another popular one. Though they’re not spirit-based, ports, most sherries, and Marsala are also common digestifs.

Aperitifs and digestifs are traditionally sipped straight, or maybe with a little ice.

This is all quite lovely. Sometimes, it’s absolutely the case that some Cocchi on the rocks is the way to start a meal, and that a cordial glass of amaro is the way to end it. But to me, things really got interesting when the Americans (probably) got involved in the early nineteenth (probably) century and started mixing those liqueurs in cocktails.

As my ‘probablies’ indicate, the actual birth of the cocktail is shrouded in controversy and mystery–and don’t even get me started on the brouhaha over why they’re called ‘cocktails.’ Many say mixing drinks in what we would now recognize as cocktails started in the US in the first few years of the 1800s. Others point out that the word cocktail actually shows up in England in the late 1700s, and that the first populizer of cocktails, ‘Professor’ Jerry Thomas was living in England when he wrote his book. 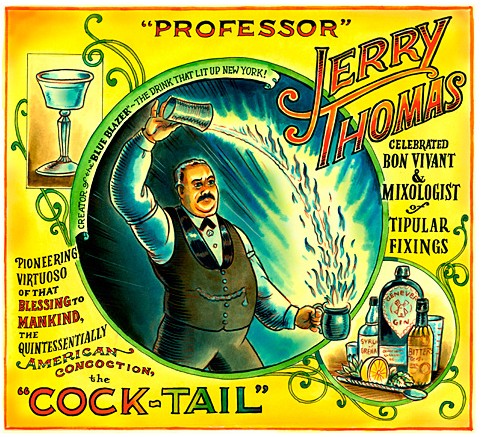 Still others answer that he was an American, and that the center of cocktail mixing in London was an American hotel bar. Regardless, all of these early cocktails were mixtures of spirits, bitters, sugar, and water, rather like our aptly named Old-fashioned.

While people dispute the origins of the first cocktail, there’s consensus that it was in the U.S. in the second half of the 19th Century that bartenders first started mixing with ice (now broadly available outside of winter for the first time) and with those European aperitifs and digestifs. Perhaps that’s not the beginning of the cocktail, but it’s certainly when it came into its own. Vermouth before dinner is great. And a shot of whiskey has a lot going for it too. But put the two together in a Manhattan, and that’s sublime. 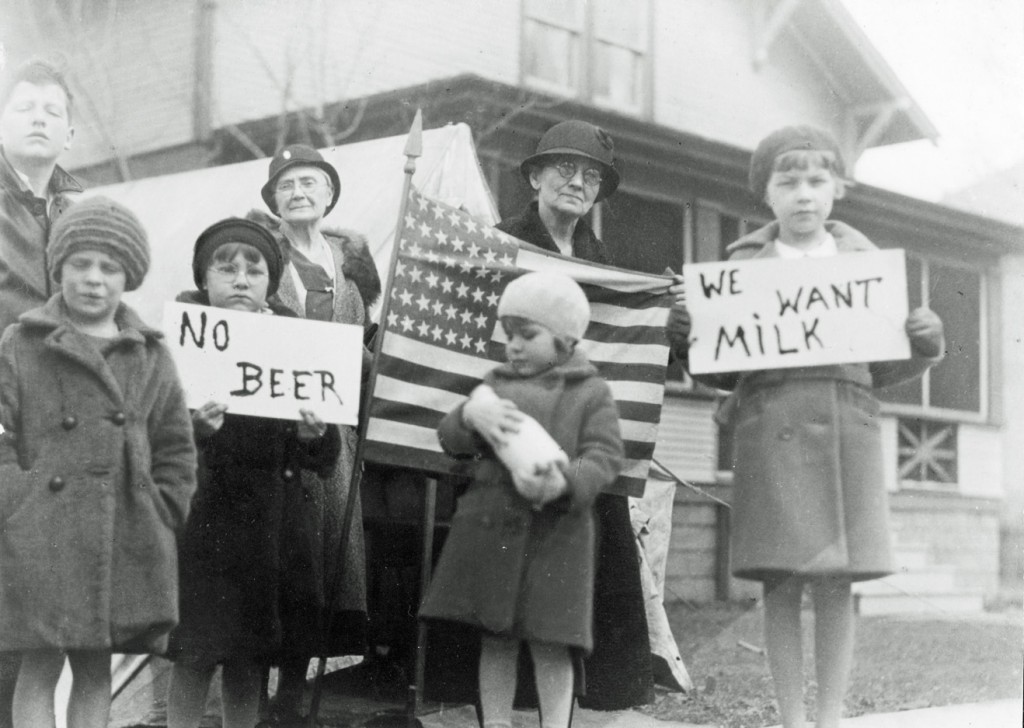 Rather than resenting the American cocktail’s co-opting of its liqueurs, Europe saved the cocktail. In 1920, Prohibition was passed in the U.S., effectively squashing the cocktail movement. Many of the best bartenders expatriated to Europe, giving Americans a good reason to travel abroad, and introducing Europeans to what they’d done with mixed liqueurs. You might say that it wasn’t until  the recent cocktail renaissance that cocktails in the U.S. recovered from Prohibition; in the meantime, American-style bars in Europe kept the cocktail alive.

Europe and the U.S. Aperitifs and cocktails. They’re all great.

Let’s cheer three times for what American cocktails and European liqueurs have done together:

Lift an aperitif to Europe for creating the liqueur;

Lift a martini glass to the US. for turning it into a cocktail;

And lift a digestif to Europe for keeping the cocktail safe.