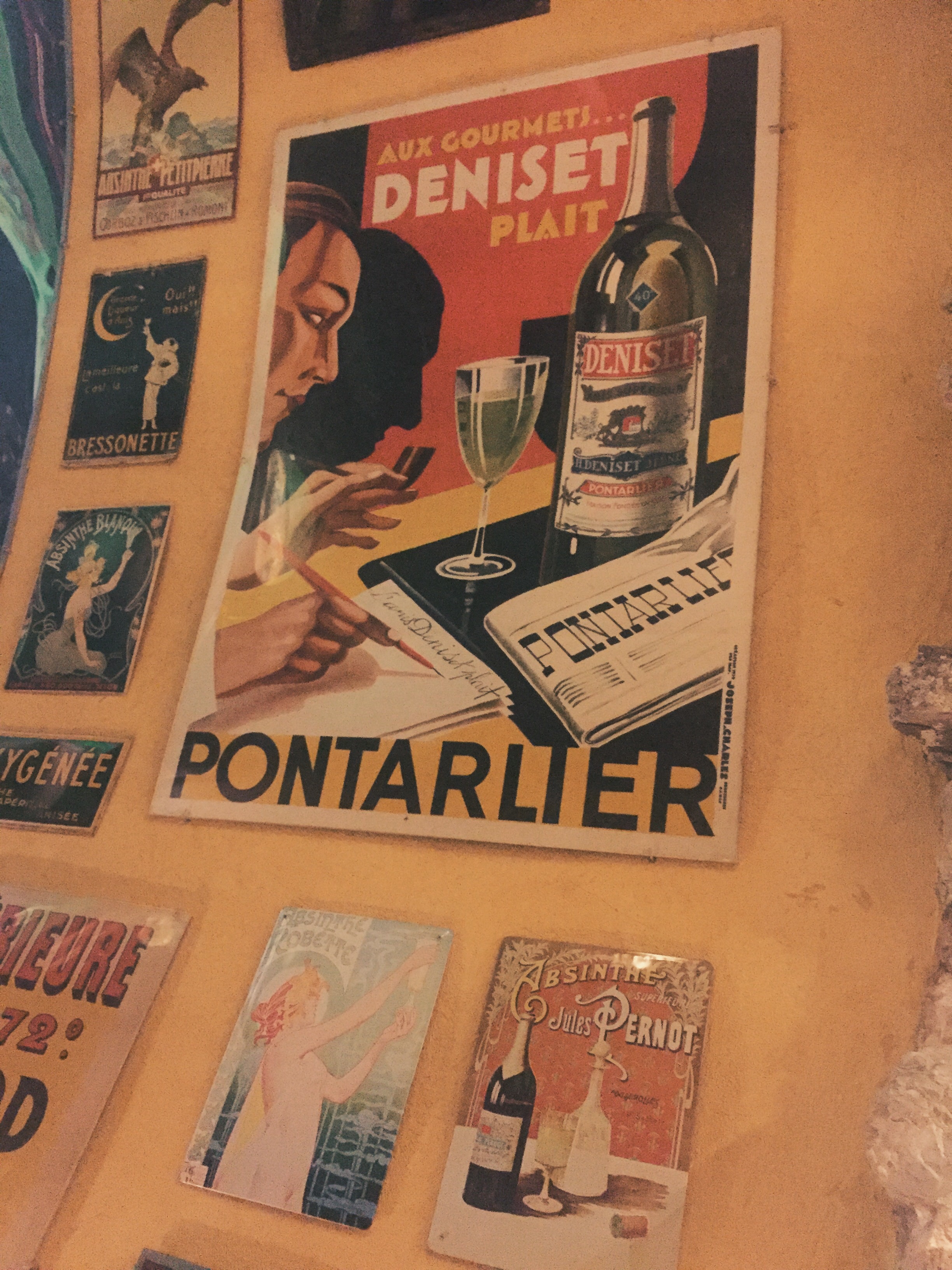 The neon green sign beckons you into a cozy, cave-like cellar bar that feels like the perfect place to try some absinthe. The hosts are genial, relaxed, and seem like they were born to serve absinthe in a small French bar. The large screen TV which plays the soccer match is the only sign of modernity; otherwise this place looks like it has operated more or less unchanged through absinthe’s entire rocky history.

Bar Absinthe’s hosts are clearly collectors. A large collection of vintage absinth advertising adorns the walls and ceiling. Whimsically, an even larger collection of hats are scattered around the place. Sure, why not? And then there’s the collection of 46 different kinds of absinthe. 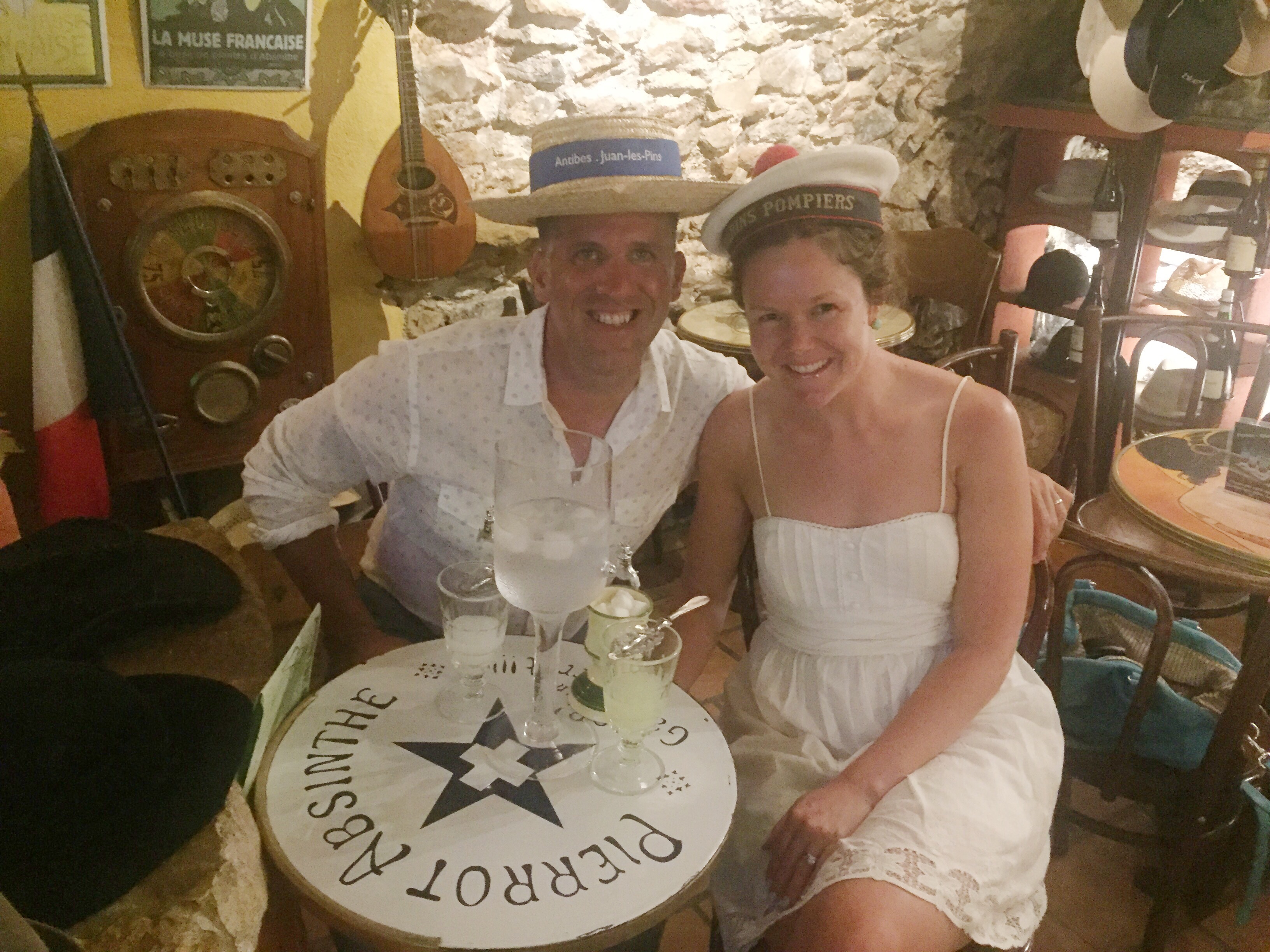 Since we’re far from experts in absinthe, we just asked our host for two suggestions. He brought us one white absinthe and one green one; we didn’t even know they came in different colors, but apparently green absinthe goes through a further infusion of herbs after distillation, whereas white ones do not. We drank for the first time in the traditional way: a single sugar cube was placed on a slotted spoon on the rim of the glass, and water was dripped from a very tiny spigot on top of the sugar cube until the sugar dissolved into the drink. They both, of course had that very strong licorice flavor we were expecting. It seems like the green one was aiming to be more user-friendly, a bit sweeter and milder. We preferred the more aggressive white one, but were pleased to find that it as well had a fairly complex herbal mix; it wasn’t just full throttle anise. 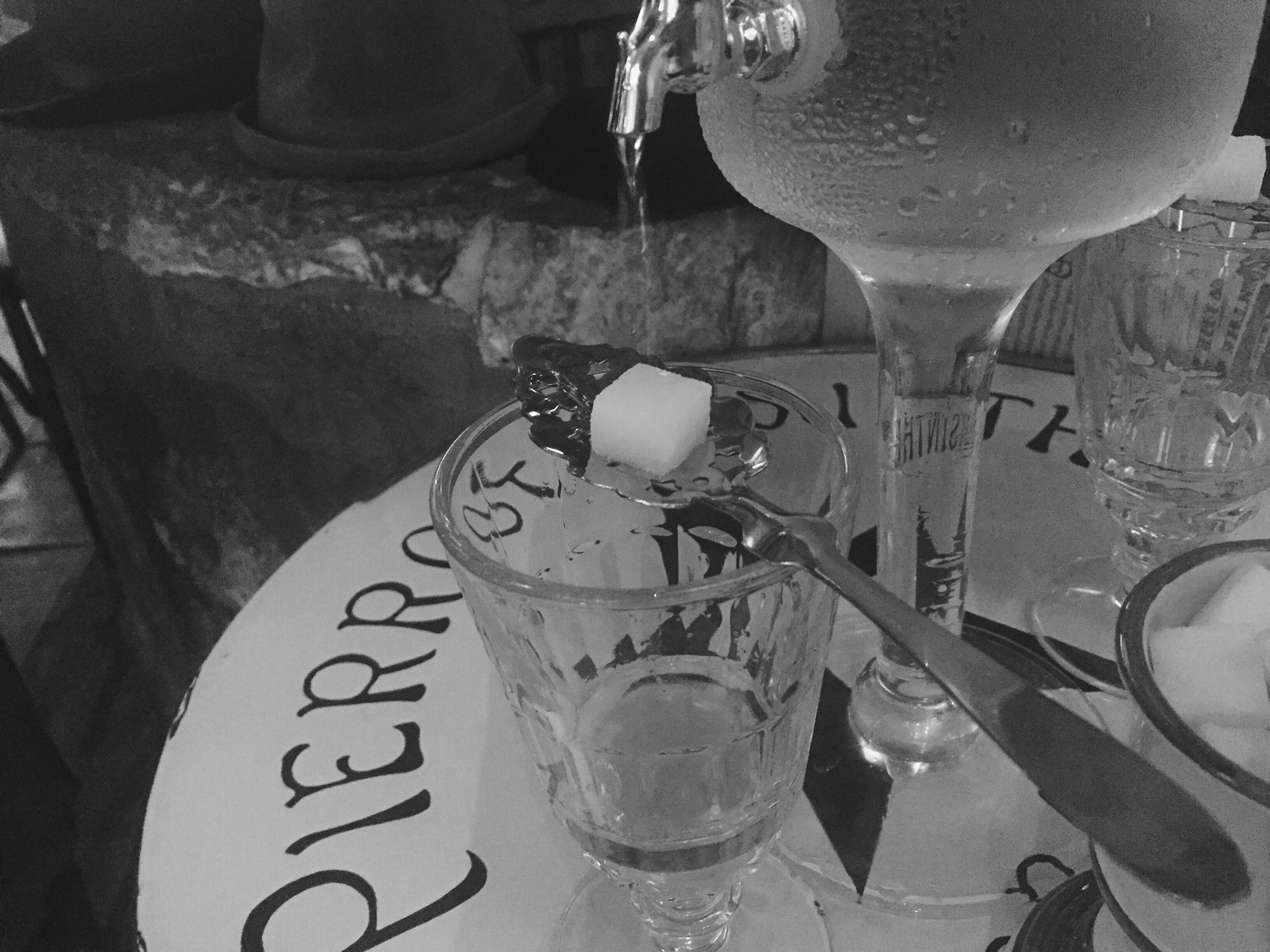 While we enjoyed our absinthe, the atmosphere, and the soccer match, we also learned a few interesting facts about absinthe.

Though it quickly made it’s way to France, it was actually created in Switzerland at the tail end of the 18th century.

Absinthe was banned from Switzerland, France, and the US (and many other countries, but not Spain or Britain) for almost one hundred years because the wormwood used in its production was thought to cause hallucinations and mental instability. It turns out that was just an urban legend.

The difference between absinthe, pastis, and anisette

While Bar Absinthe was completely devoted to anise-flavored liquor, it was willing to go beyond absinthe; they also had quite large collections of pastis and anis, two more members of the bewilderingly extensive anise liquor club. It made us wonder, what’s the difference between these three, French anise-flavored liqueurs. Well it turns out that absinthe isn’t a liqueur at all, it’s a spirit; absinthe is made from grains with no sugar added, and the herbs are vaporized into the spirit during distillation, rather like with gin. That may be the best way to think of absinthe: it’s gin with anise instead of juniper. That, by the way, is why we added that sugar cube to the absinthe; without the sugar cube, it’s actually quite dry.

Pastis is a liqueur: sugar is added, and the herbs are infused rather than vaporized. Anis, or anisette, is also a liqueur, with more sugar and a lower alcohol content than pastis. For what it’s worth, pastis and anis also use a different variety of anise from absinthe; and more significantly, they don’t include wormwood, meaning they were able to avoid the long, unjust prohibition absinthe faced 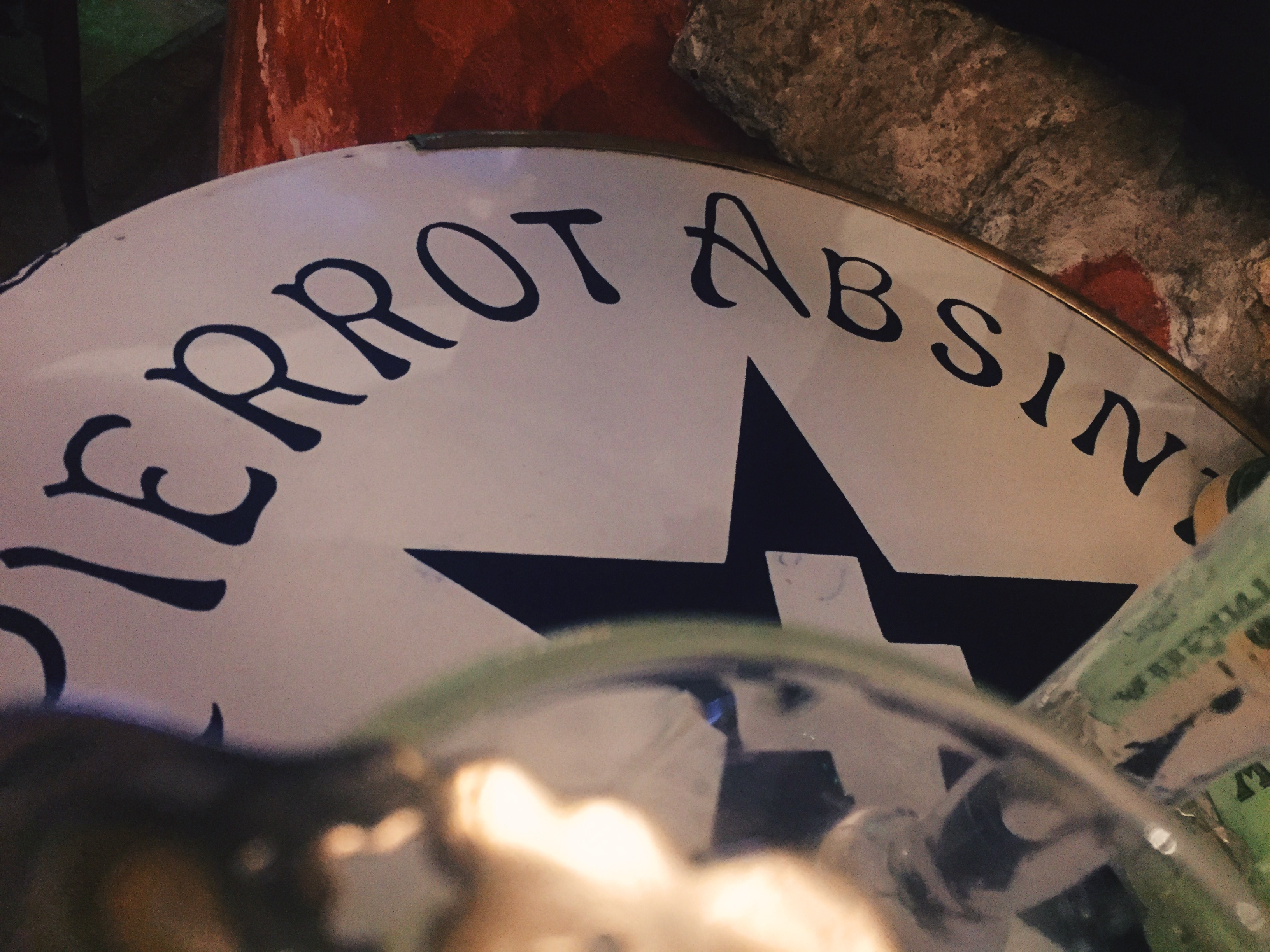 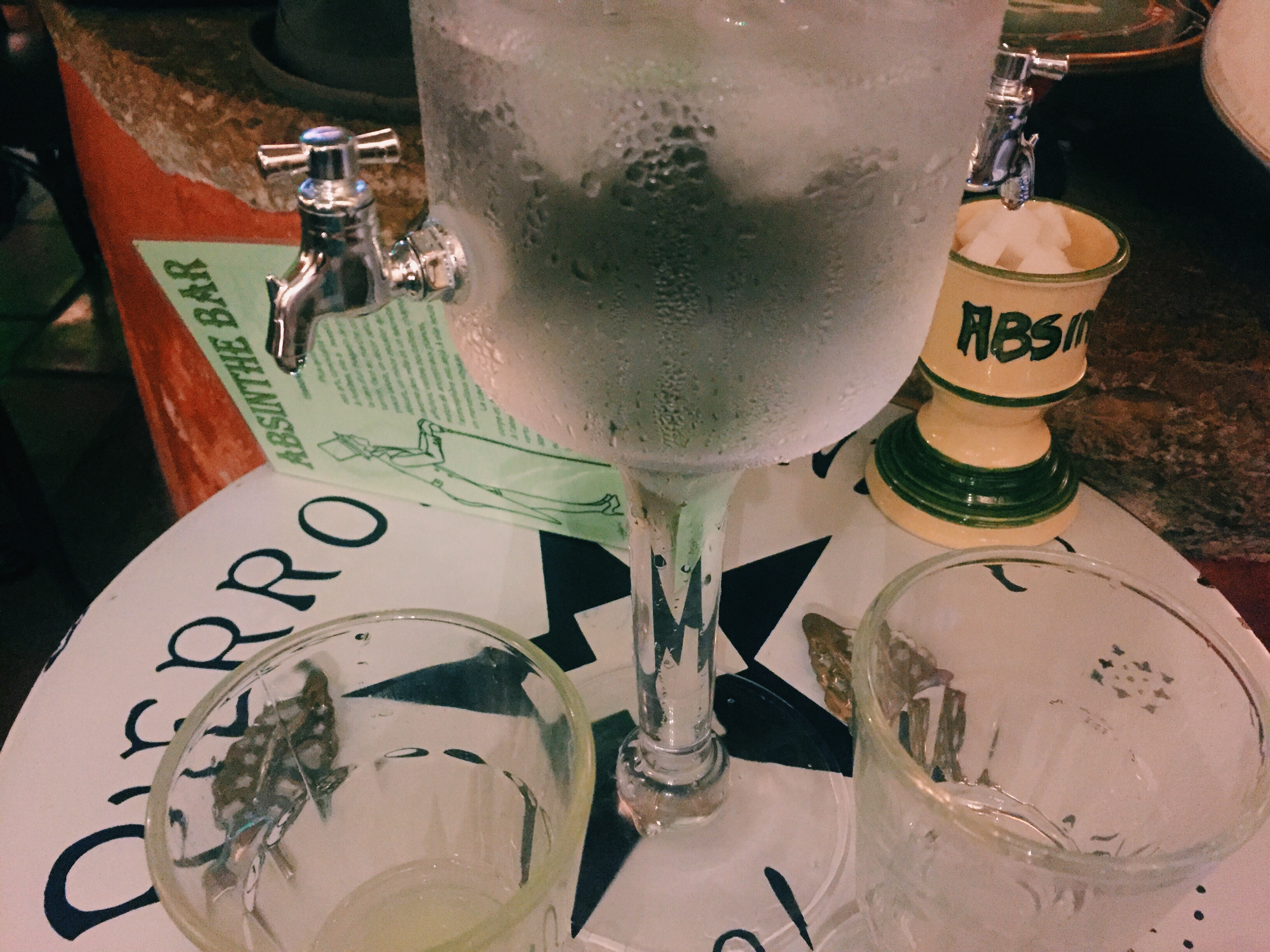 by Cole Porter, Hemingway Bar at the Ritz Hotel Paris 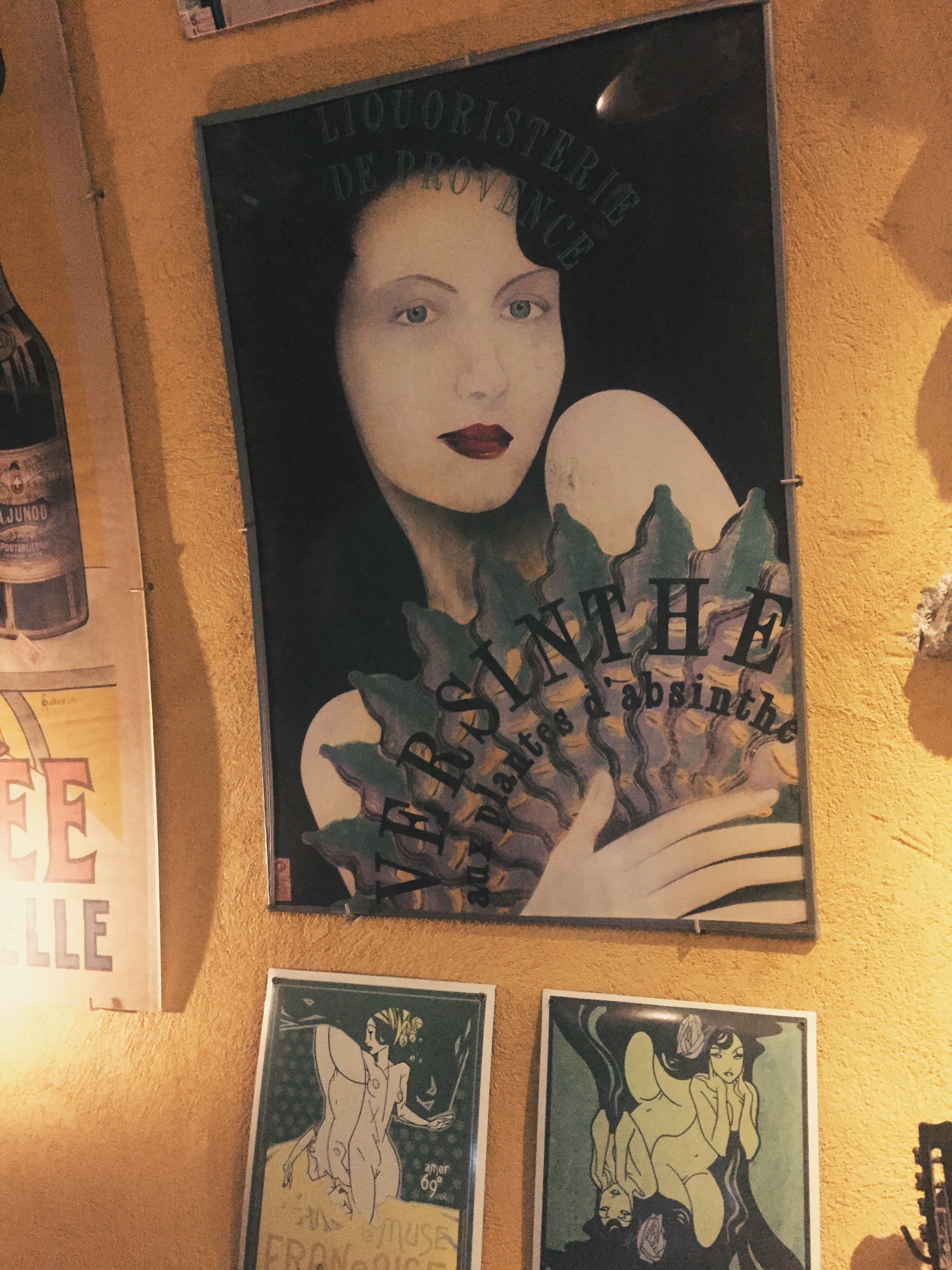 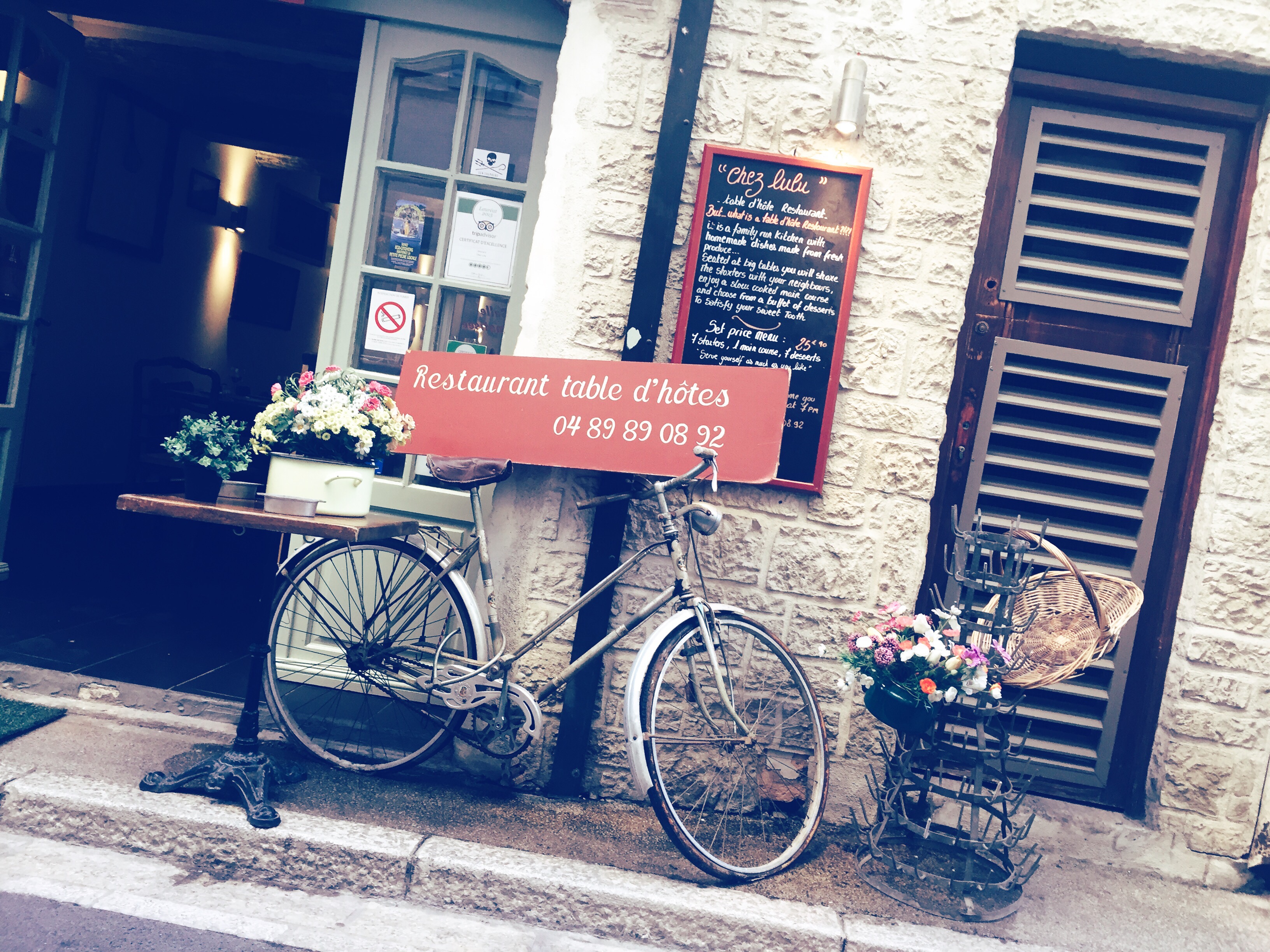 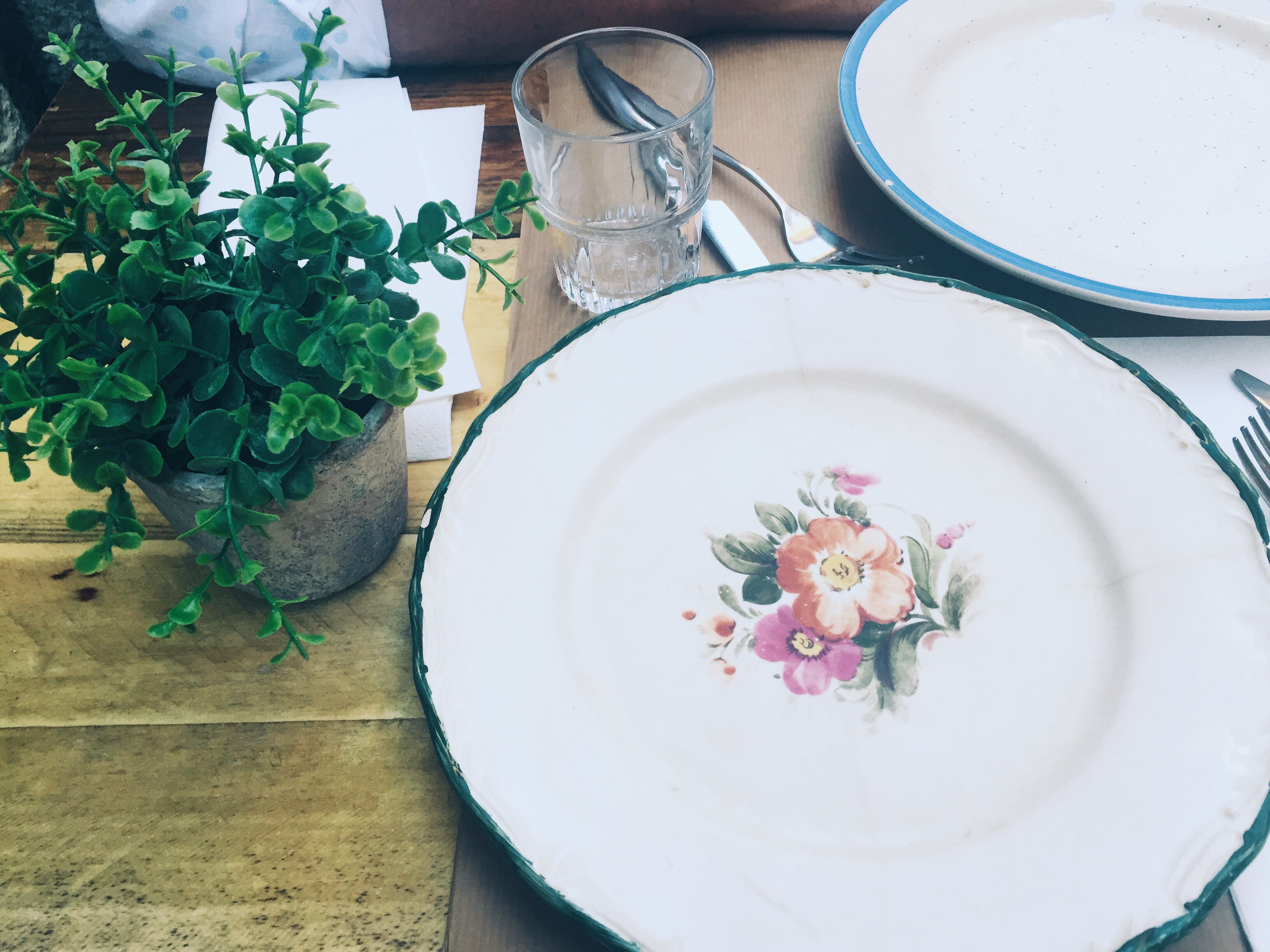 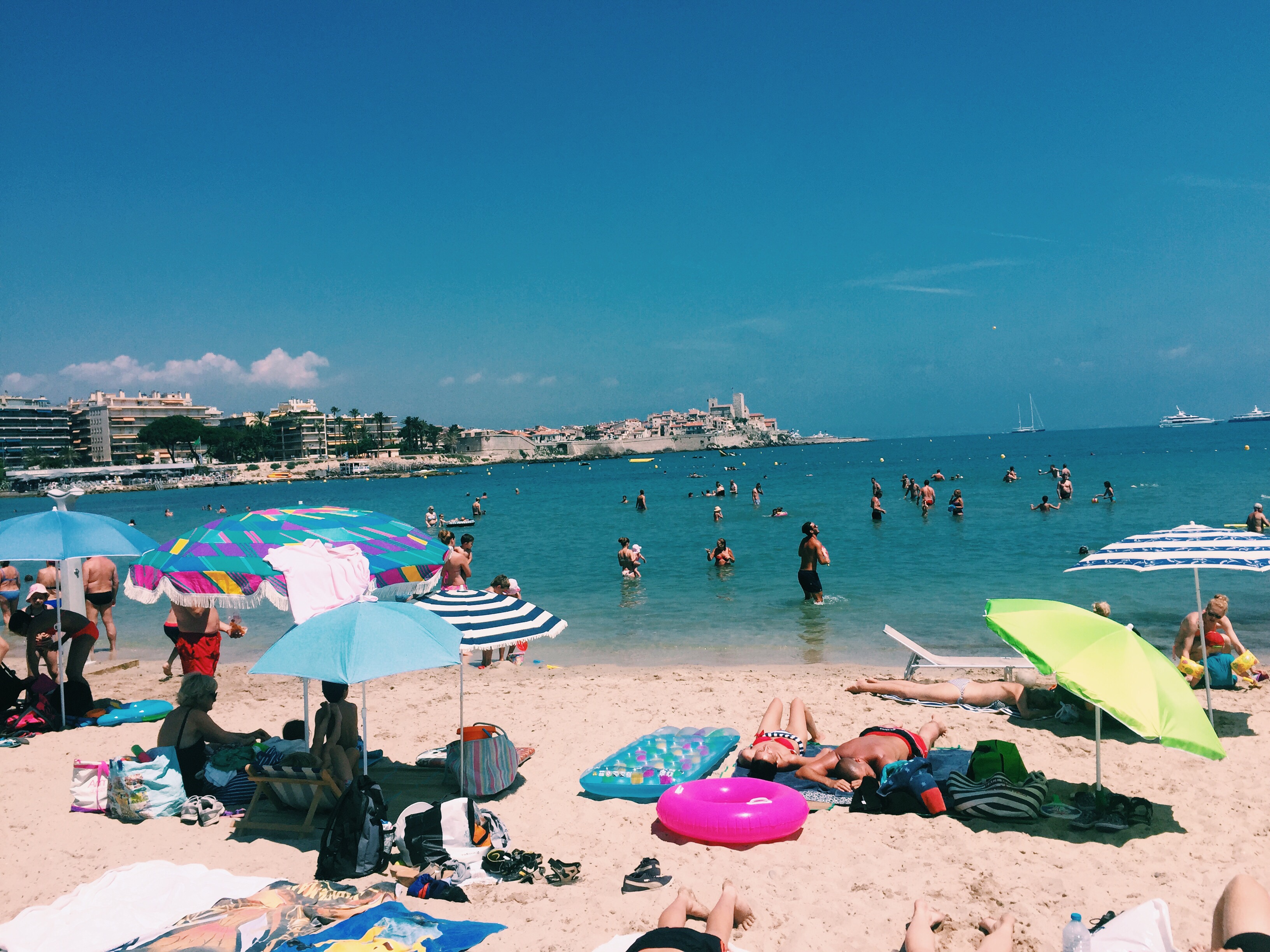 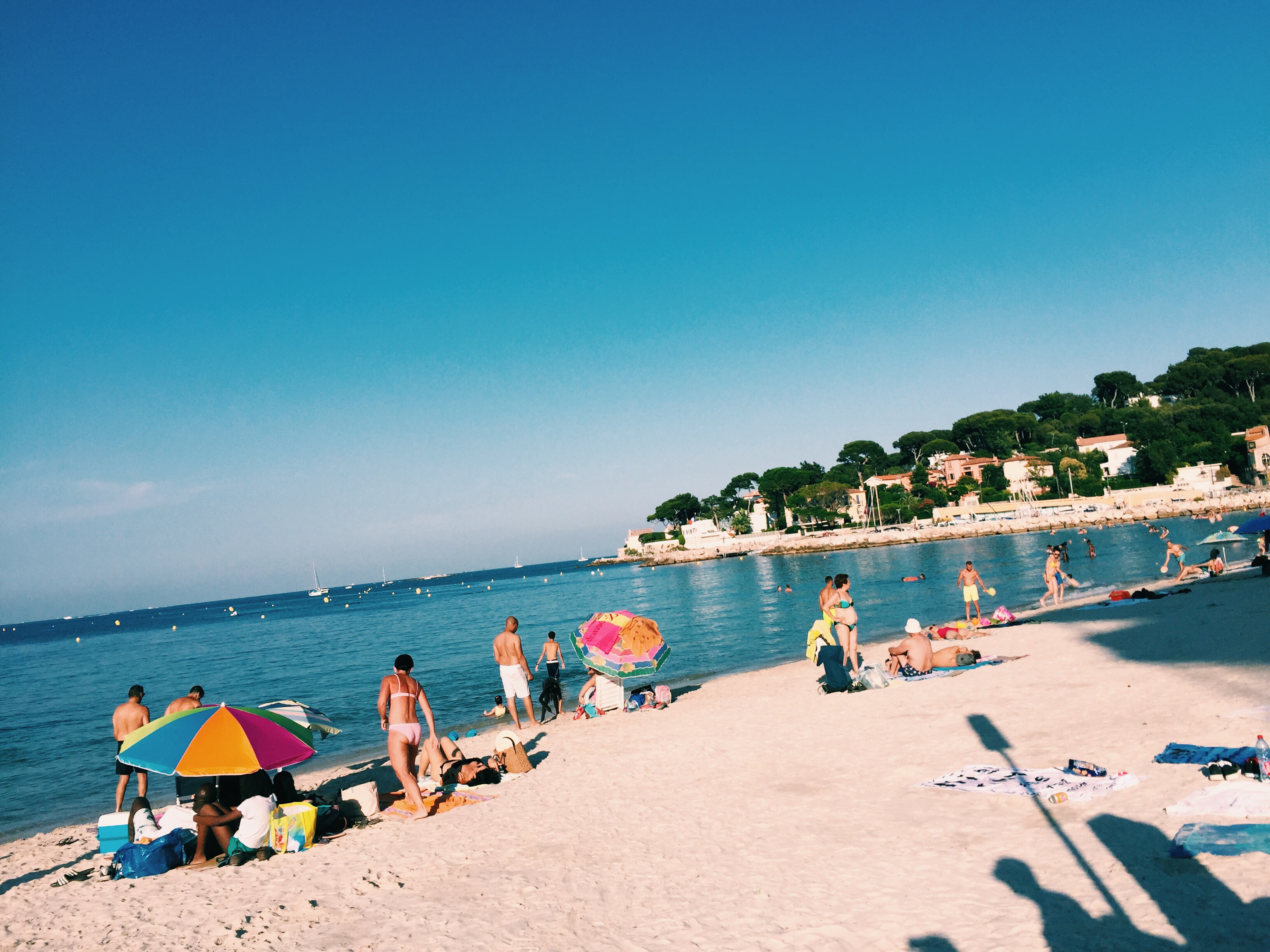 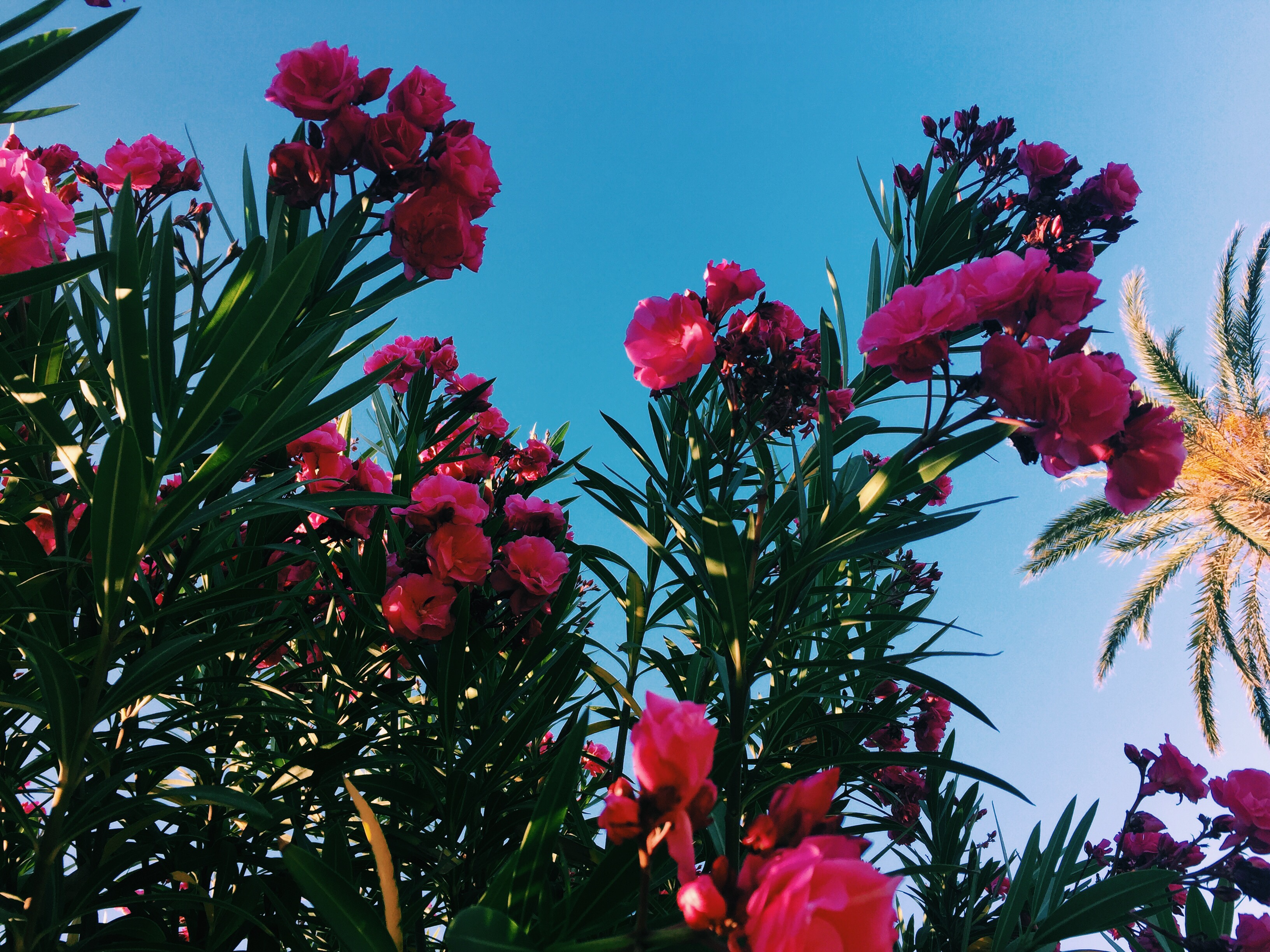