If you’ve never called the Bay State home here is something you might not know: Massachusetts doesn’t have happy hours.

What? Why? How is that possible?

Well, our dear home for more than a dozen years while ever so progressive and liberal on so many things has some of the most rigid alcohol laws in the states. So in addition to it being illegal to ever discount the price of liquor, say for a happy hour (heaven forbid, we provide any financial incentive to drink!), it’s also more difficult to survive a New England winter than it is to get a liquor license.

However, maybe it’s true that all things work for good in the end, as it’s these remnant Puritan laws that ended up introducing us to the wonderful world of fortified wines.

Oleana is hands down one of the best restaurants in the city. It gets mentioned in just about everyone’s version of  the “where-to-eat-in-boston” list. Oleana only has a wine/beer license (yes, that is separate from the liquor license), and thus all of their cocktails are made with fabulous mixtures of fortified wines. Oleana is where we discovered Cocchi Americano in 2010. On those terms alone, we feel indebted to Oleana.

Cocktails with a fortified wine base, like those served at Oleana, have a lighter touch than more boozy cocktails, without sacrificing flavor. That makes them the perfect cocktail for people who say that cocktails are too strong for them, while still satisfying the expectations of true cocktail lovers. It’s a great technique to remember next time you’re serving drinks to a crowd of light drinkers, or next time you’re at brunch and thinking it’s too early for full strength drinking.

Oleana was our last dinner out in Boston–it’s just that special. When we were there we ordered the following:

All three of these cocktails were delightfully refreshing. The Hip Rose had the crispness of a rosé wine cooler, with nice hints of rose, lemon, and mint–and just enough orange flavor to round it out. It tasted like the best possible, somewhat alcoholic, sparkling lemonade. Hestia’s Remedy tasted like a lighter, classier Long Island Iced Tea. I usually find tea-flavored cocktails gimmicky, but the rooibos really worked in this one; I don’t think I would have known it was tea if I hadn’t been told. The Sortini was perhaps my favorite of all. It’s a sherry based version of a Manhattan, with the wonderful Cocchi Vermouth di Torino giving it a heft and complexity to match its bourbon-based inspiration.

Oleana does an amazing job of demonstrating that cocktails don’t have to be strong to be great. And we maybe secretly hope that they never get an actual liquor license so that they can keep coming up with these unique fortified wine cocktails. 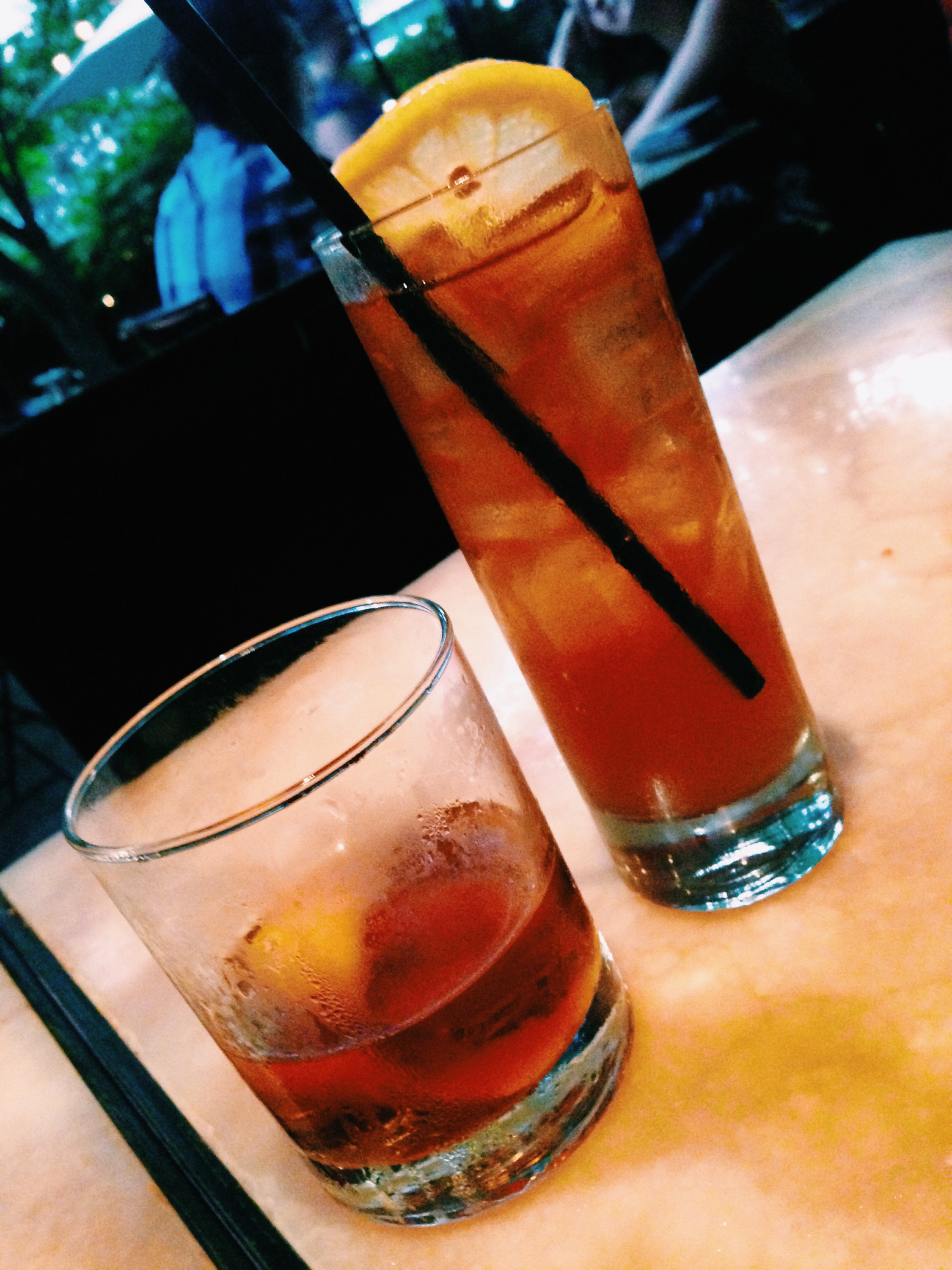 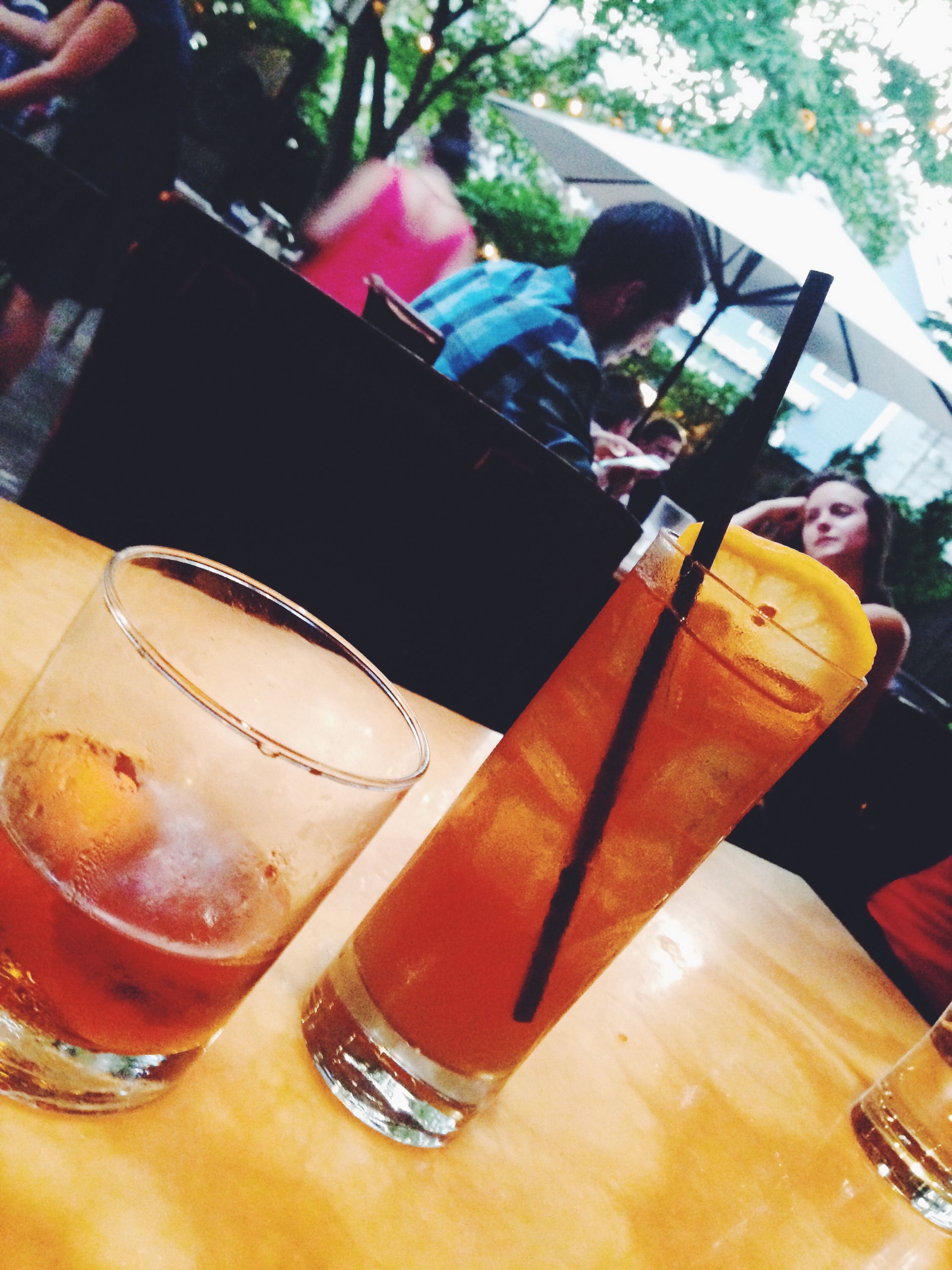 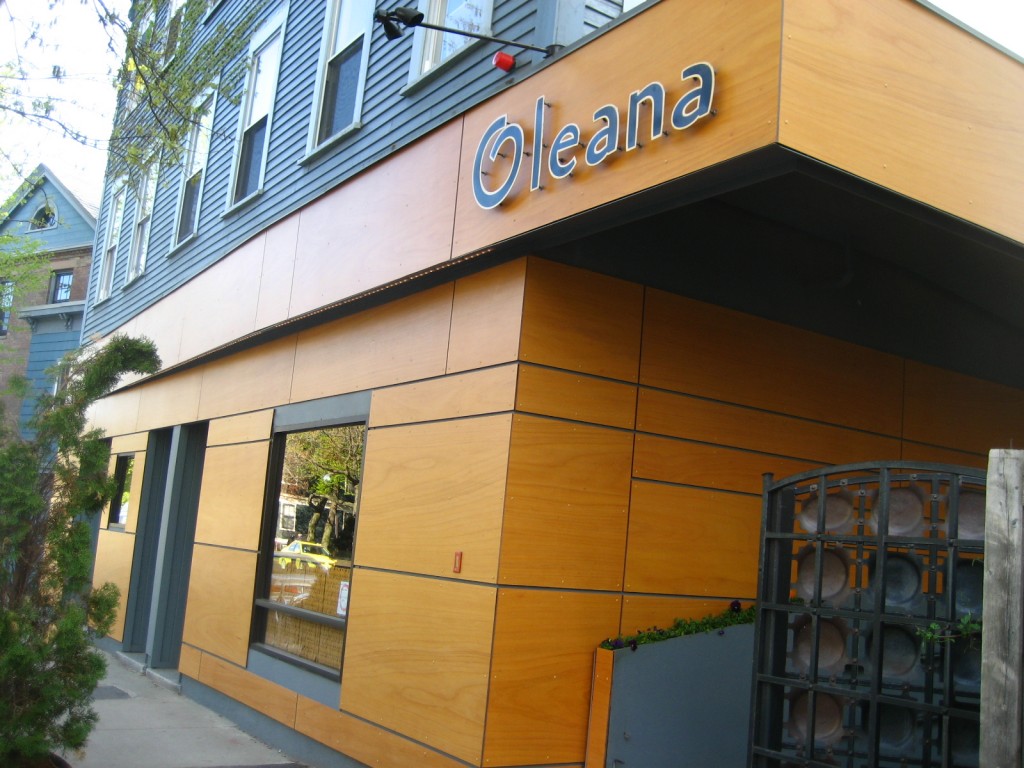 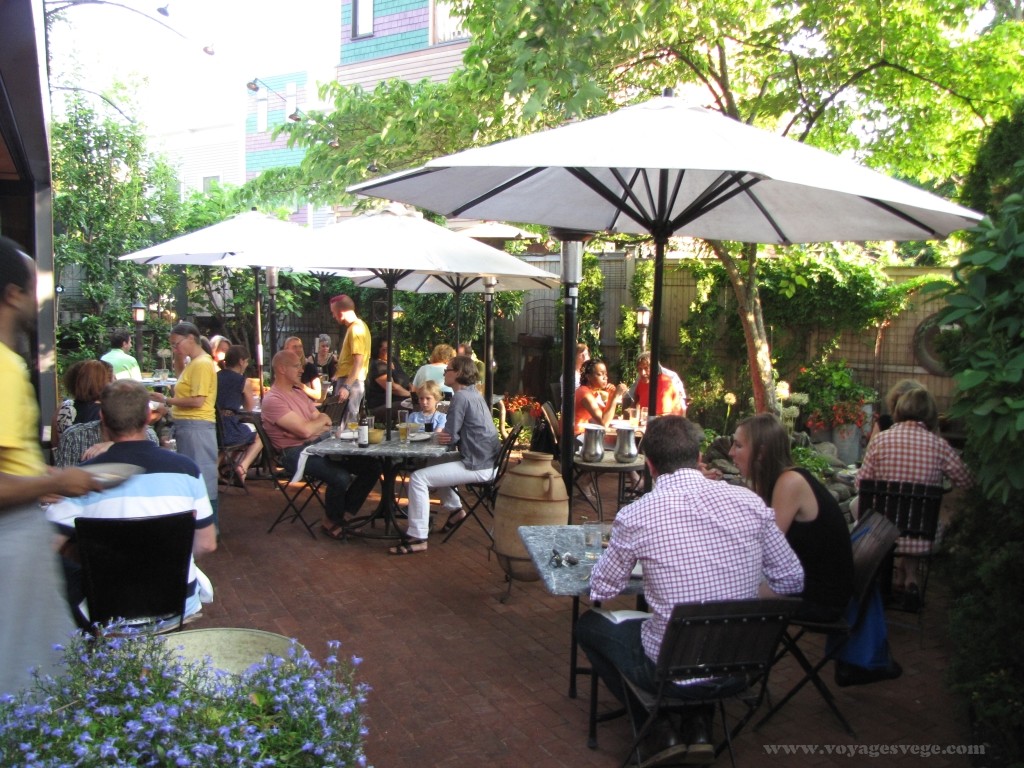