Where We’ve Been Drinking: Amor y Amargo in the East Village 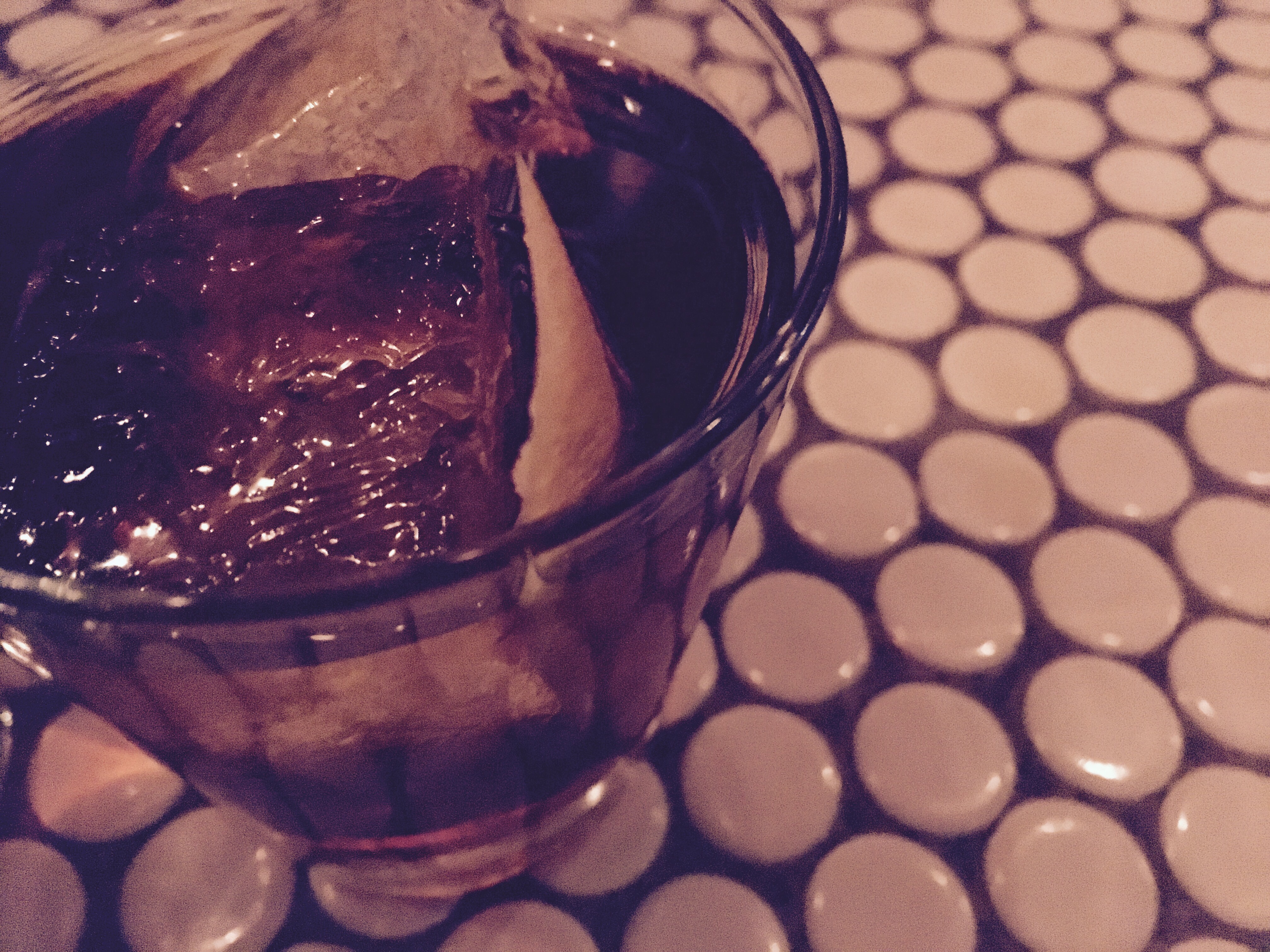 30 Jan Where We’ve Been Drinking: Amor y Amargo in the East Village

We spent our anniversary cocktailing our way through the Big Apple, and we’re taking you along for the highlights and tips on where to imbibe in New York City.

From the outside, the East Village’s Amor y Amargo looks like a small bodega. When you step inside, it’s a small, warmly decorated, cozy bar. It has the relaxed, familiar atmosphere of a great neighborhood bar. We’re pretty sure no one in the bar actually knew anyone else (except of course the person or two they came in with), but it still somehow felt like you were among friends.

This comfortable feeling is at least partially the result of an interesting choice on the part of the bartenders: they prepare their drinks in small batches ahead of time. While we get the impression that they change the menu fairly frequently, they keep it pretty compact at any given time, with ten drinks on the menu when we were there. And whenever there’s a quiet moment, they mix about a full bottle of one of those ten drinks, leaving only the stirring to when the drink is ordered. This system works well for them, because the batches don’t actually sit around for very long and because all of their drinks are pretty much completely alcoholic–no juices or mixers or other ingredients that don’t take well to resting.

As the result of this pre-batching, they can pay a bit more attention to the people at the bar, creating that convivial environment we felt right away. Of course, they’re still splitting their conversation time among a bunch of customers, but they have a little bit more time to engage than is usual; and they can afford to look you in the eye instead of looking down at a drink they’re mixing. It makes a surprising difference.

Whereas at the typical neighborhood bar all of the conversation revolves around sports, at Amor y Amargo it revolves around amari and bitters. The place’s name translates to ‘Love and Bitters,’ and the shelves of the bar are full of bitters and amari (which means ‘bitter’ in Italian) and little else.

You can learn a lot about bitters and amari by chatting with Amor y Amargo’s bartenders. We, for instance, heard the clearest and most concise definition of an amaro we’ve ever run across: if a liqueur is both sweet and bitter, it’s an amaro. 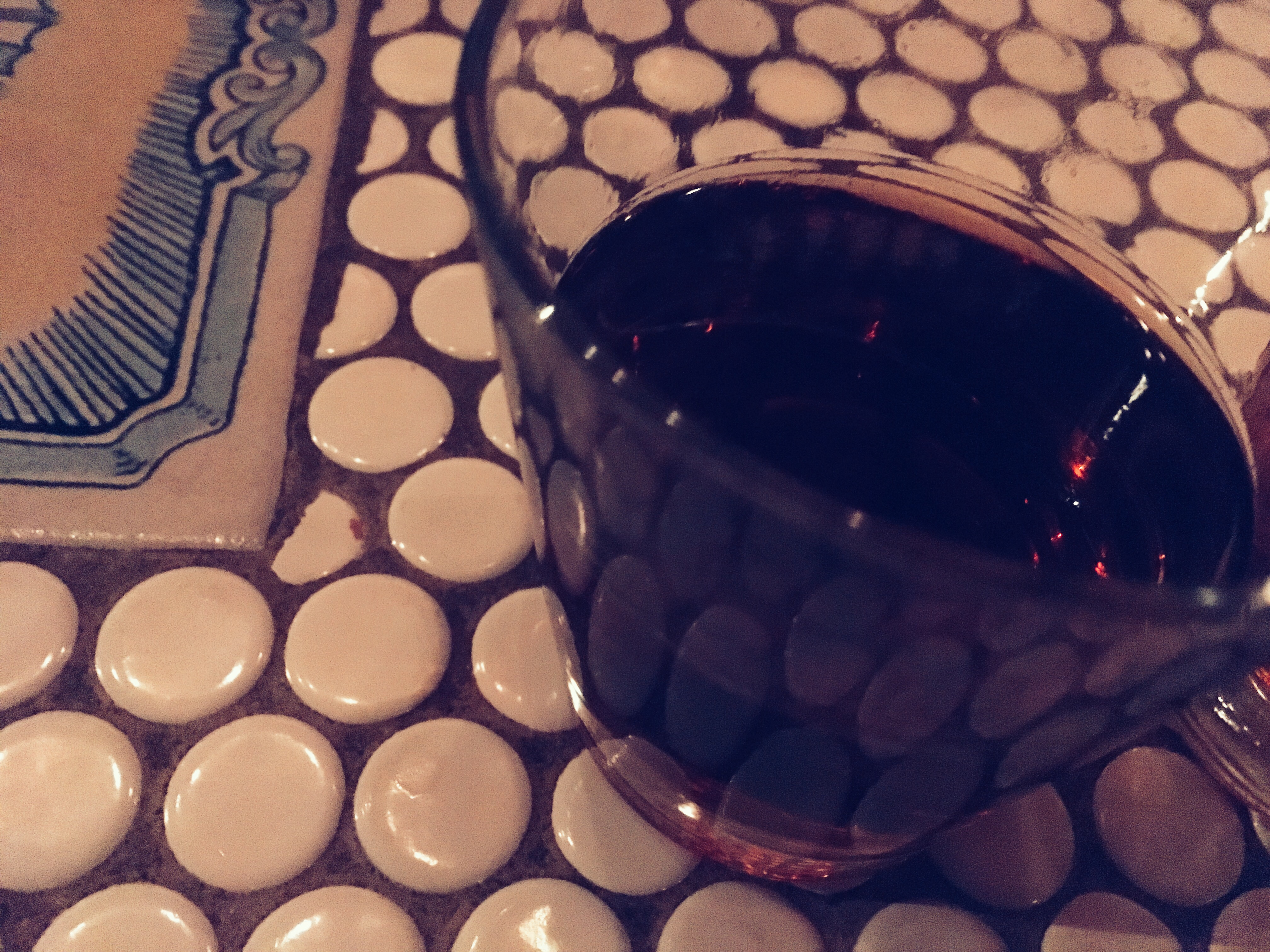 There were so many interesting choices here that we decided to do two rounds here and skip drinks at dinner. As we mentioned earlier, all of the drinks here lean heavily in a spirited direction; and all four of our drinks were, in the end, a variation on an old fashioned. Given that, we were gratified by how creative, how different from one another, and how pleasant they all were.

We tend to keep the ingredient lists in our own drinks short and simple, allowing ourselves only one base spirit or one amaro per recipe. So, it stood out to us how much blending of multiple bases and multiple amari Amor y Amargo did, and how successful that blending was. The 8 Amaro Sazerac was especially a masterpiece; we were impressed by the smooth spiciness of the amaro blend, and enjoyed the use of Chartreuse instead of a Sazerac’s customary absinthe.

I mentioned to the bartender how much I enjoyed the cinnamon flavor of the Music Maker, and he corrected me, saying, ‘What you’re probably tasting is black pepper.’ To prove his point, he poured us a small shot of Amaro Abano. Sure enough, it was black pepper, and it was delicious.

Keep in mind that all of these drinks are fairly intense. They are complex, and interesting, and delicious; but they are by no means light.

Also, be sure to ask all of your questions. You’ll learn a lot, and that’s exactly what the bartenders are hoping for. 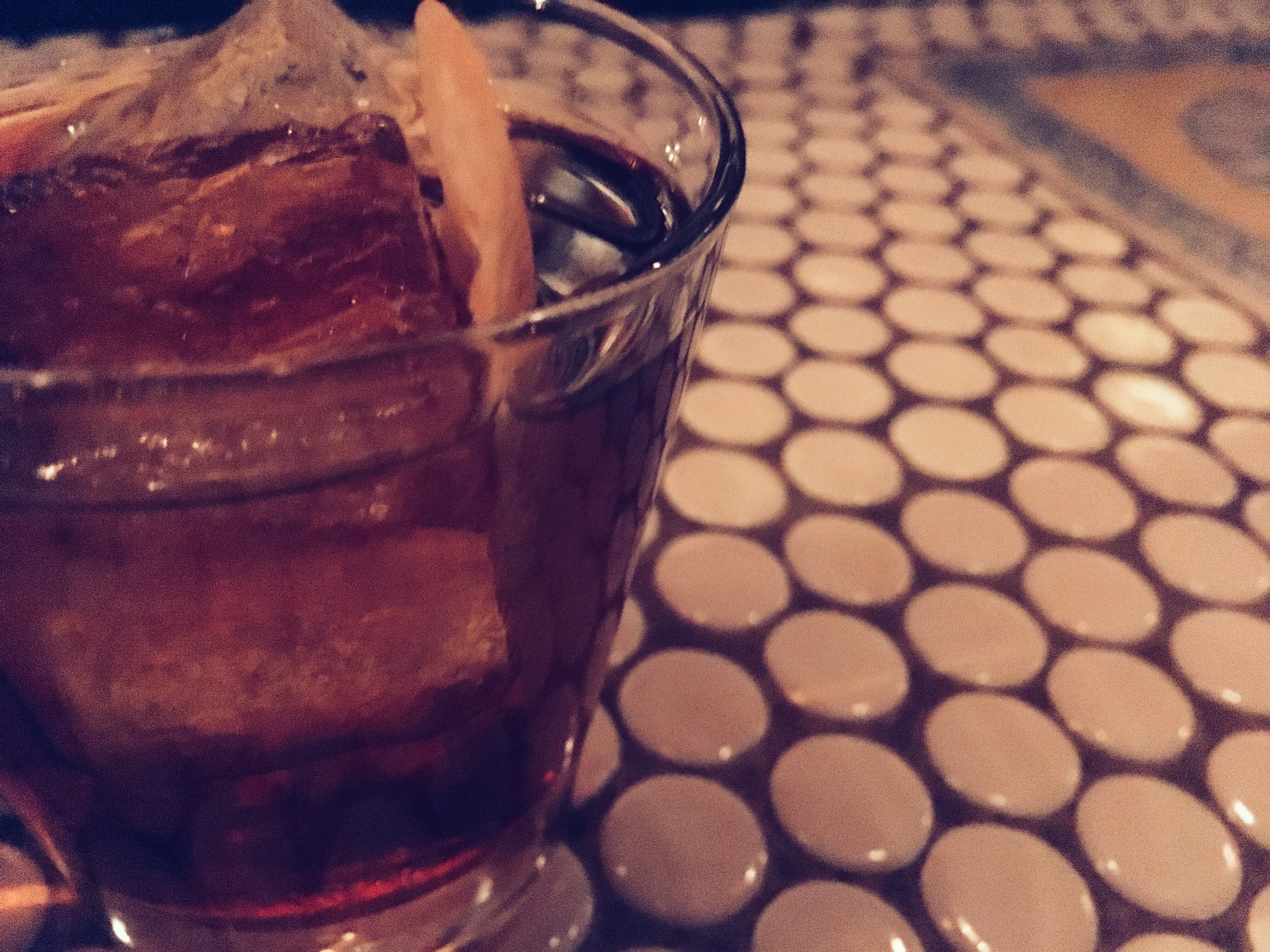 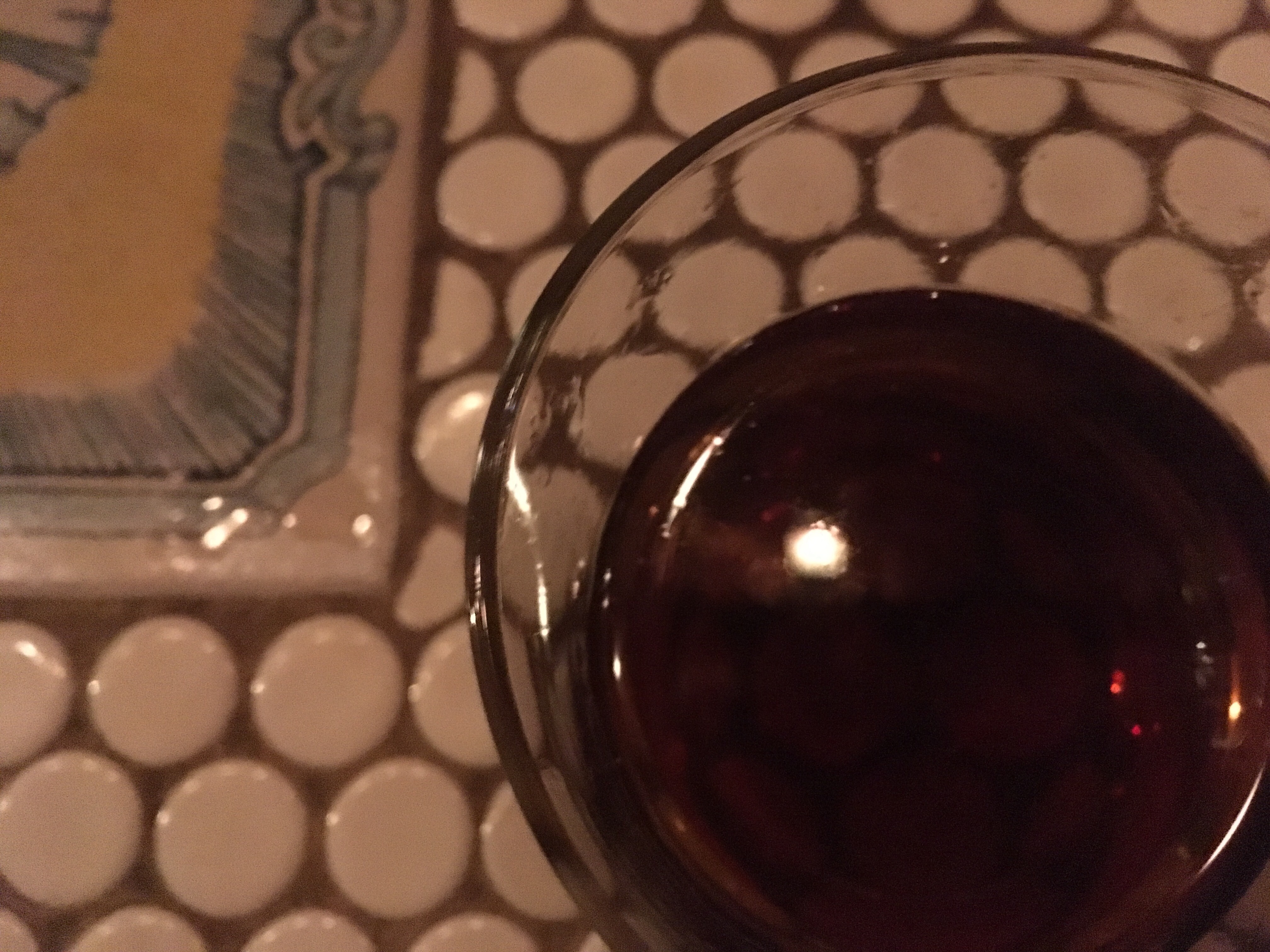 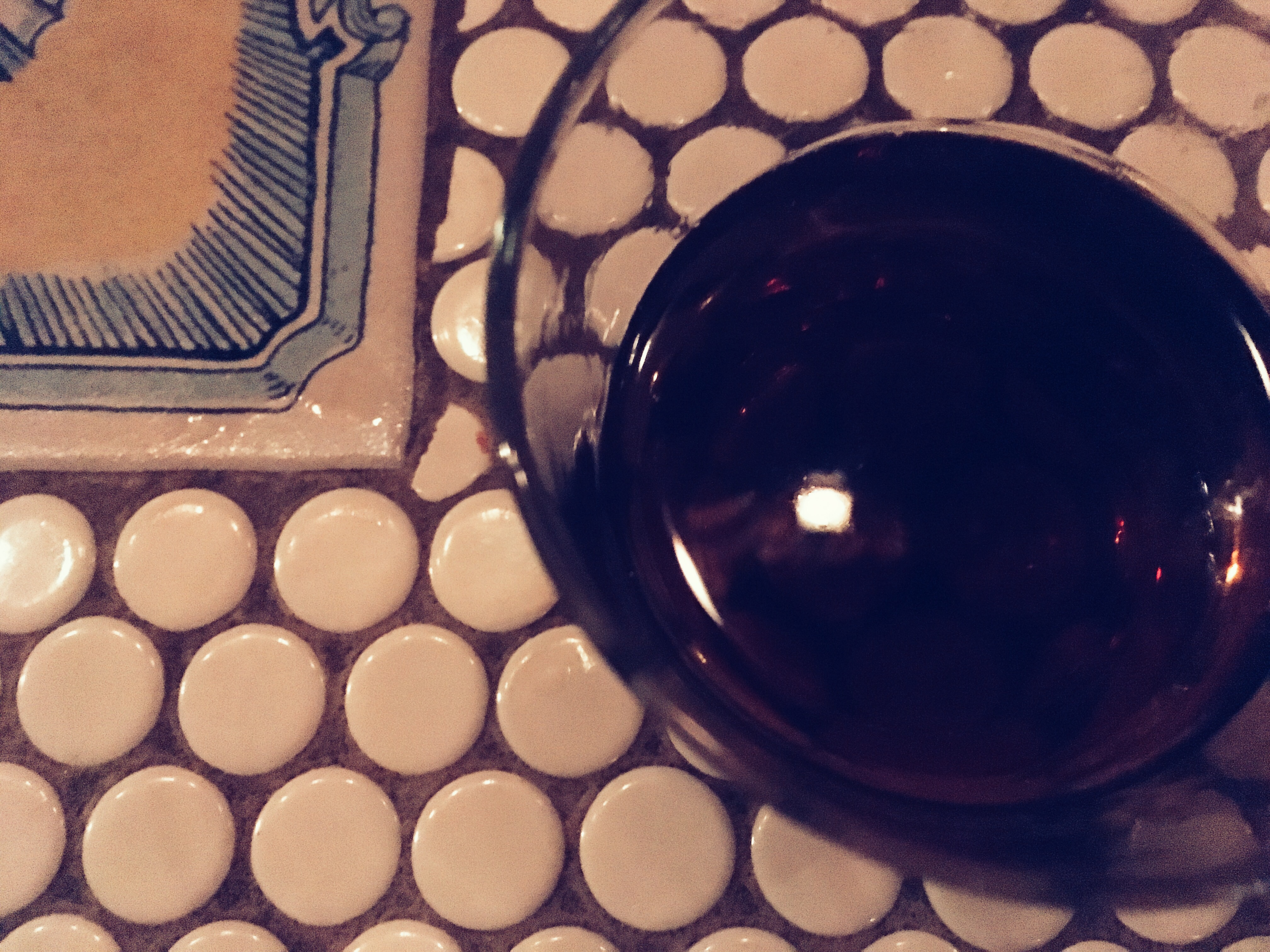 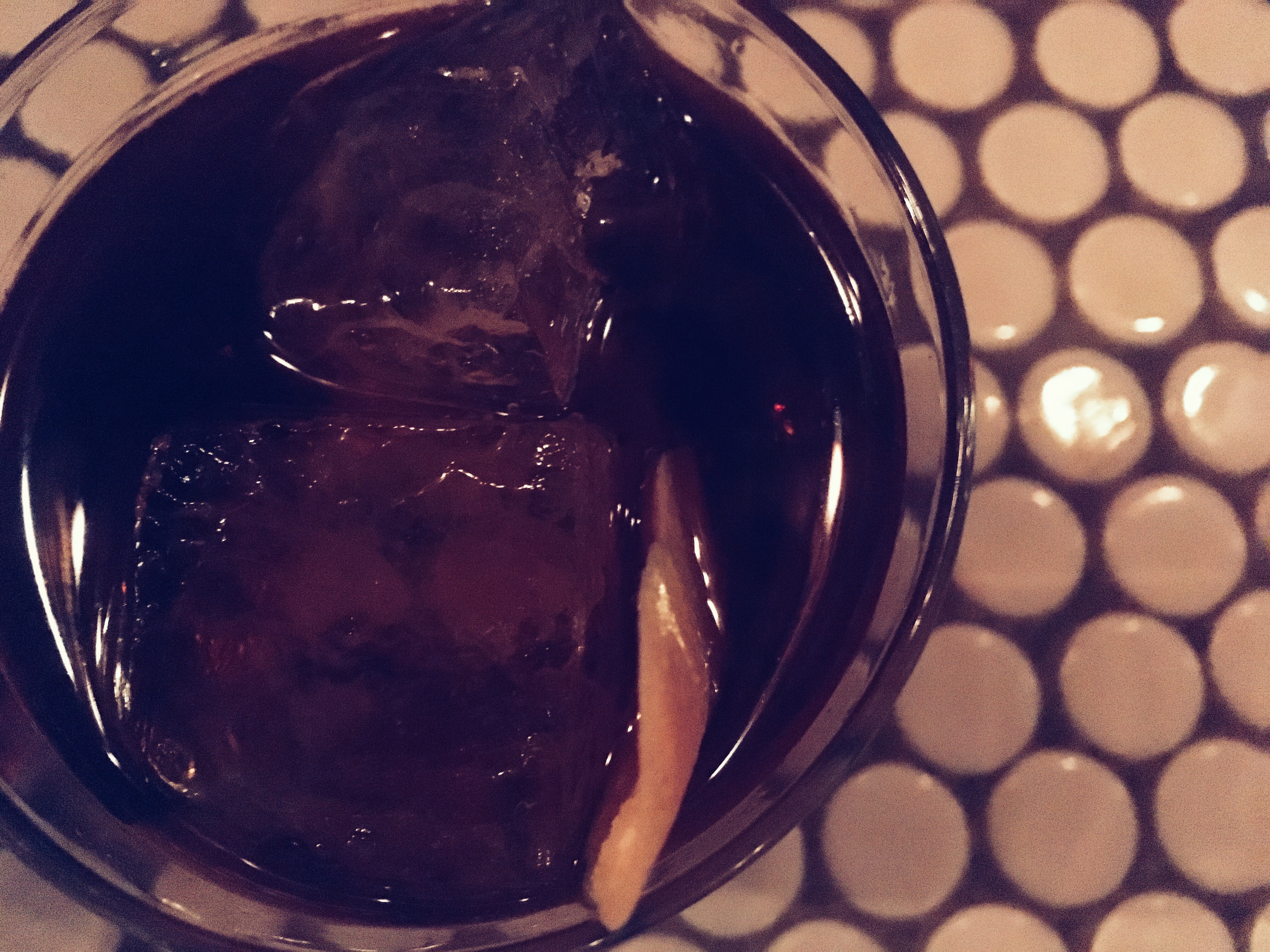 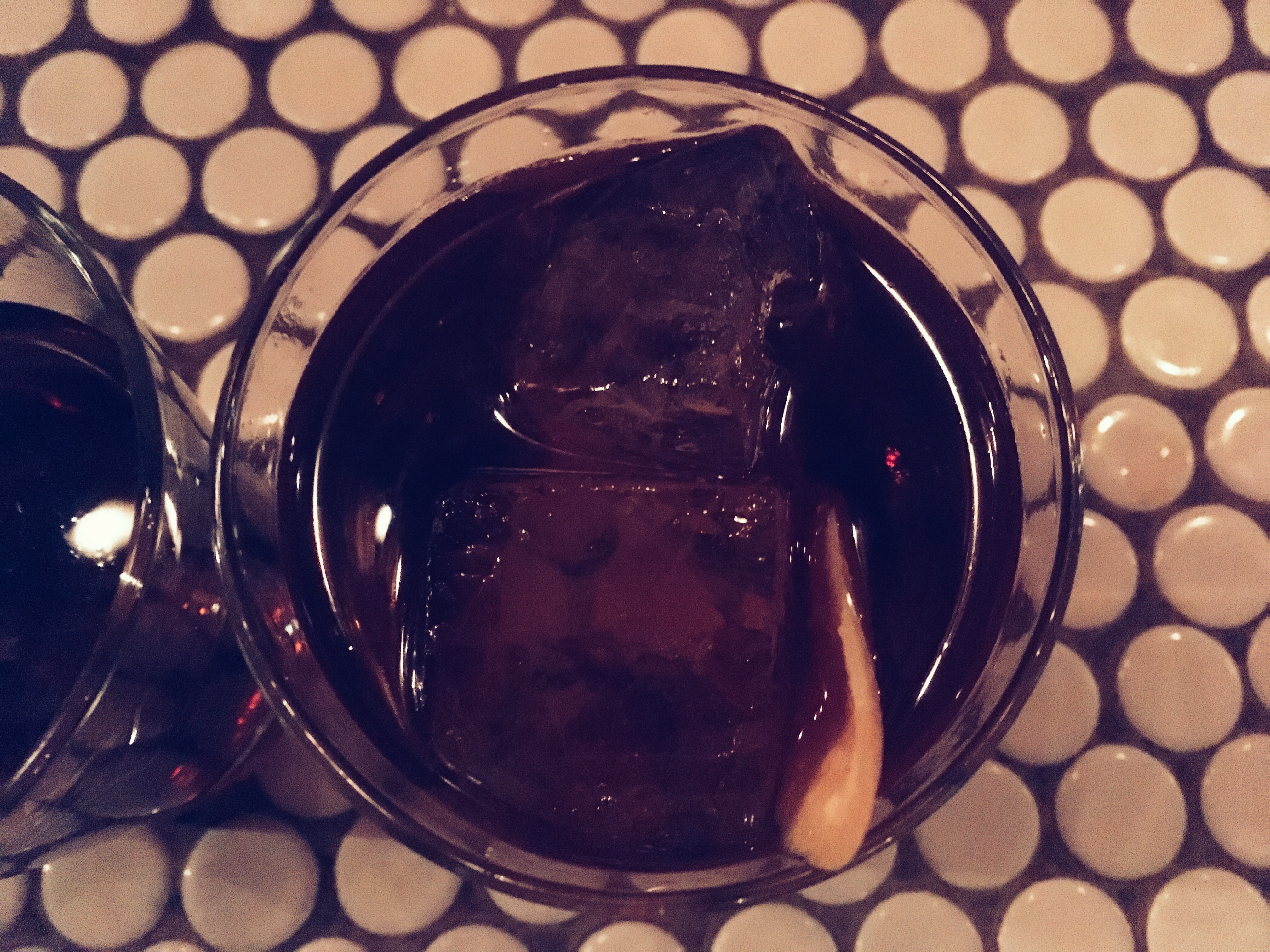 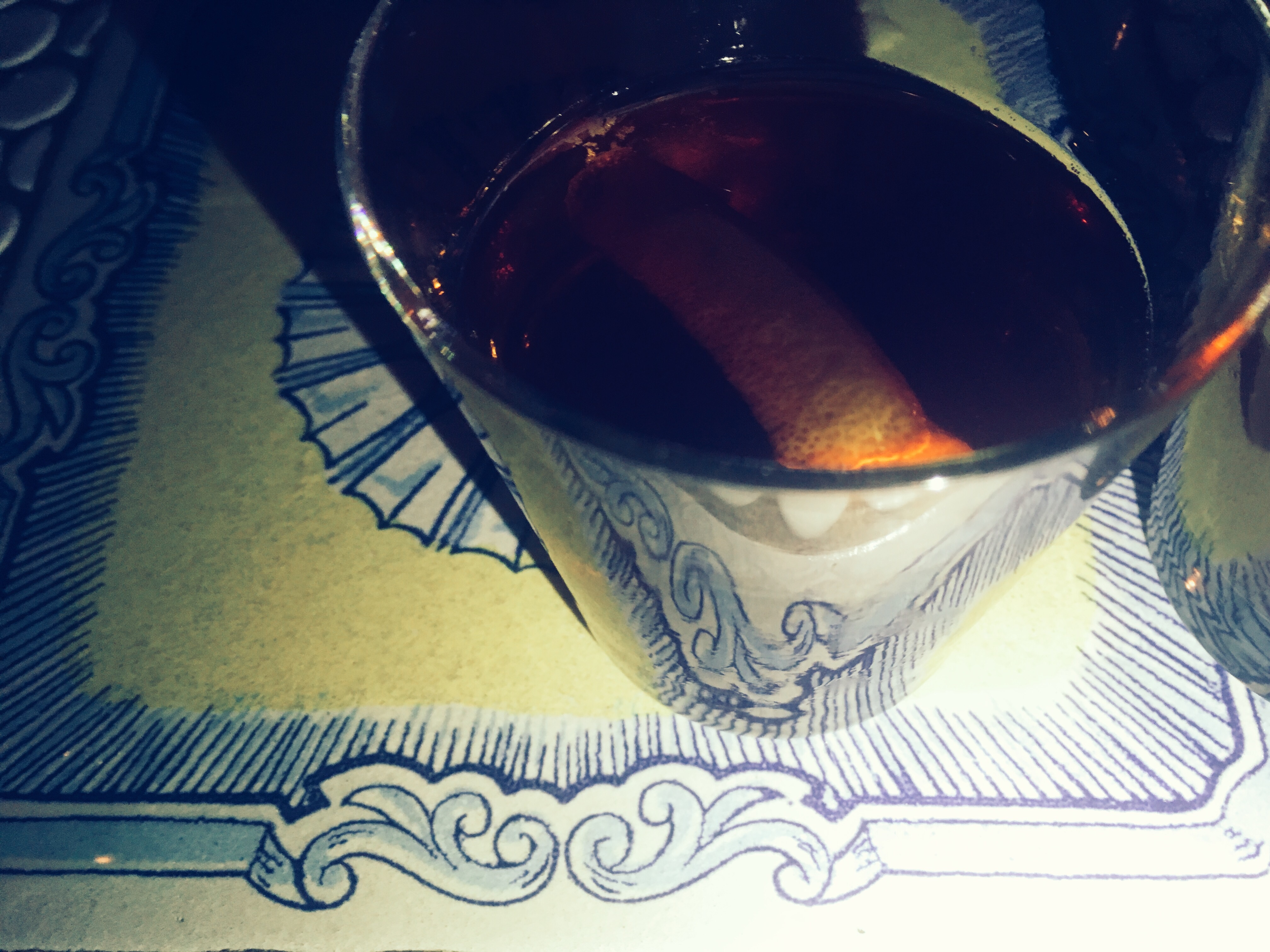 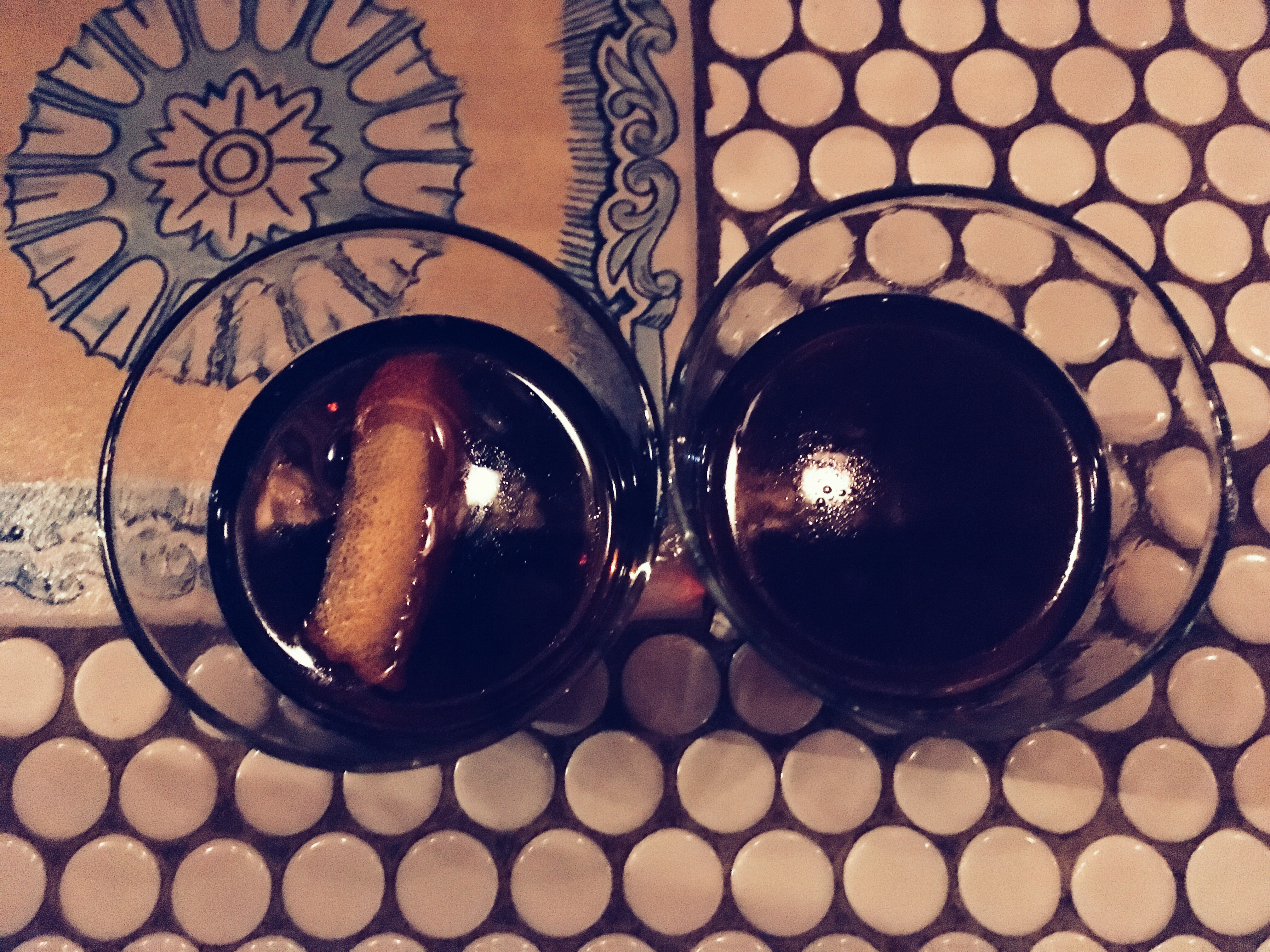 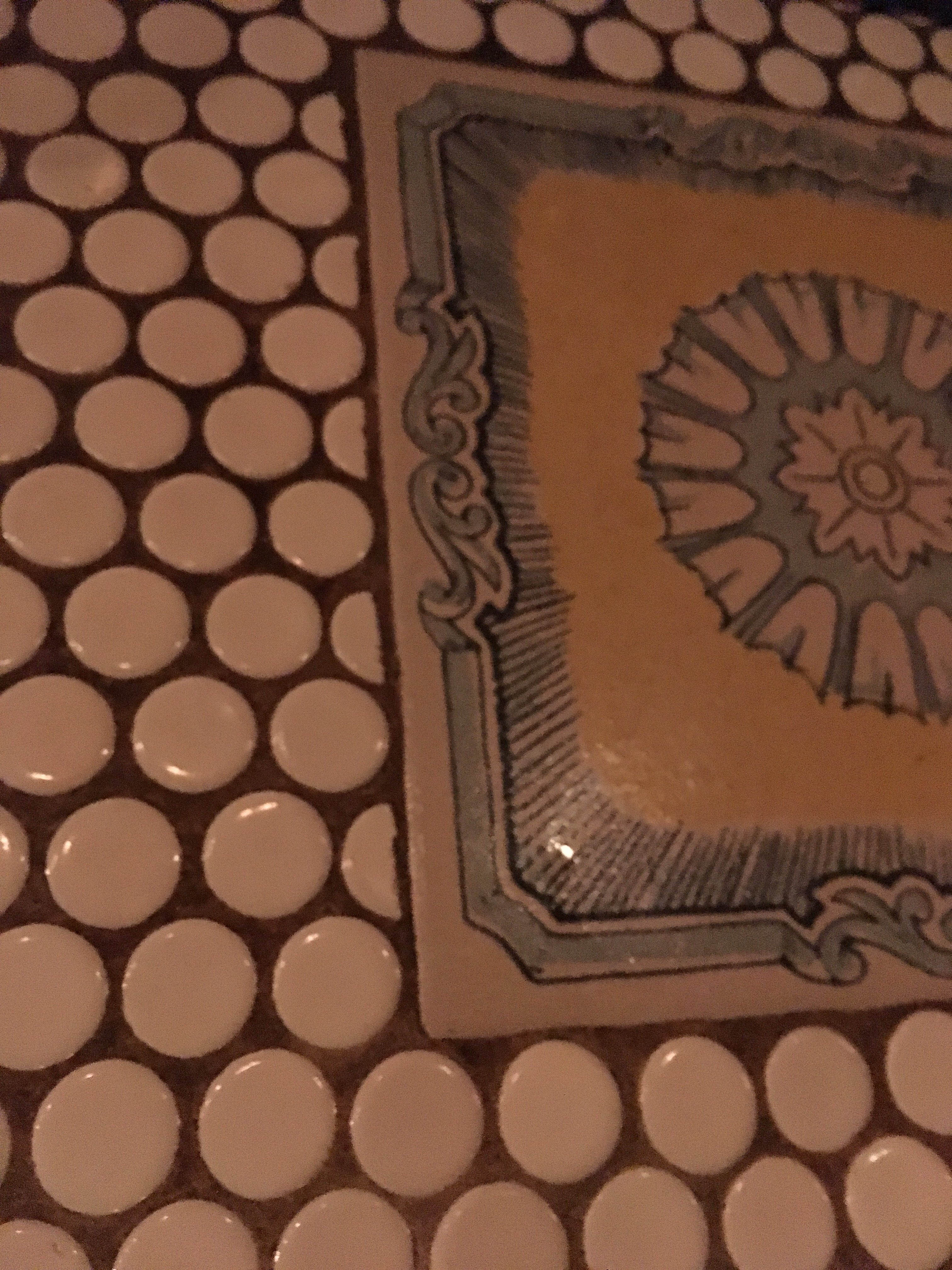